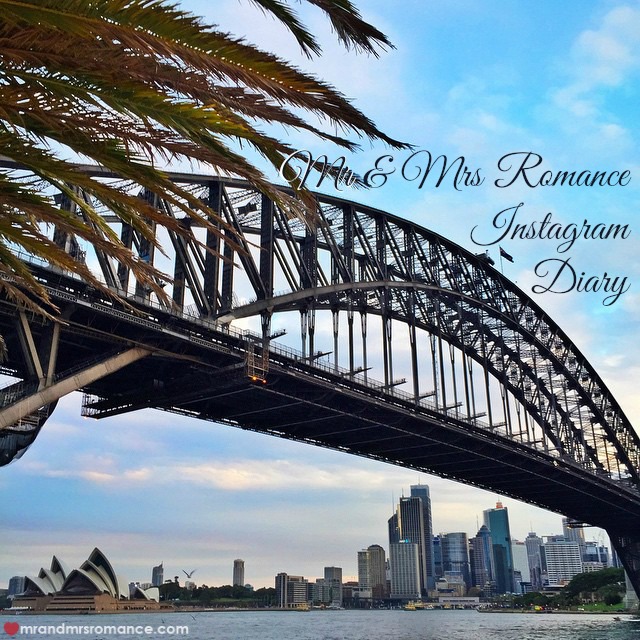 Well, it’s goodbye to the Aussie summer at last. This week is the last before our clocks change and autumn starts the run-up to winter. On the other hand, I was talking to my mum and dad back in England the other day and they can’t wait for the spring.

In the meantime, here’s what we’ve been up to in this mercifully short week! 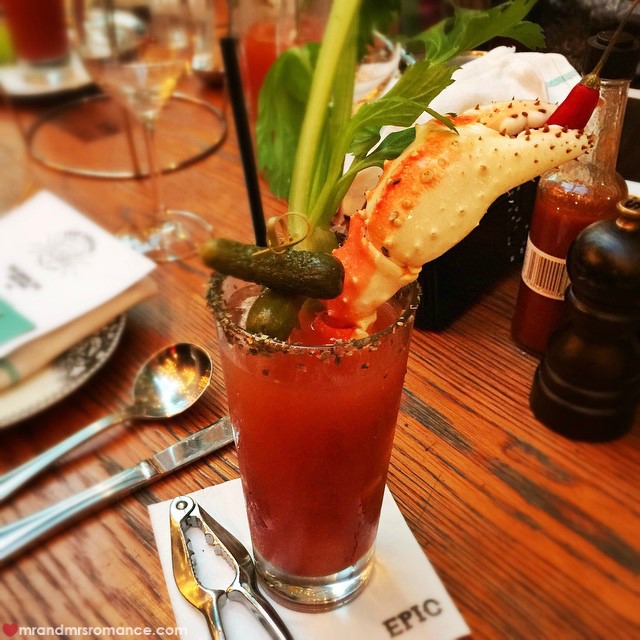 Tonight we’re at The Morrison Bar & Oyster Room checking out their up and coming Crab Carnival.

This Crabby Mary cocktail is a good start to things – it’s a bloody mary with a hint of crabby goodness and spiced with head chef Sean Connelly’s special bloody mary tomato mix. It’s not a bad take on the classic cocktail – but the garnish is what makes this drink really special. 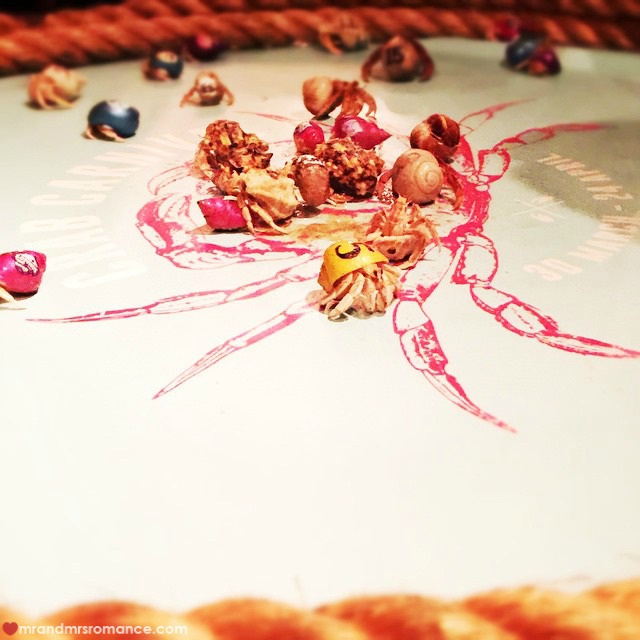 The Morrison’s Crab Carnival runs until April 24th. Head there on Thursday 16th from 7pm to take a punt on the crab racing and take advantage of the meal deals and drinks specials.

Our number doesn’t come in this time, but that’s ok. I’m quite surprised by how fast these little fellas are. 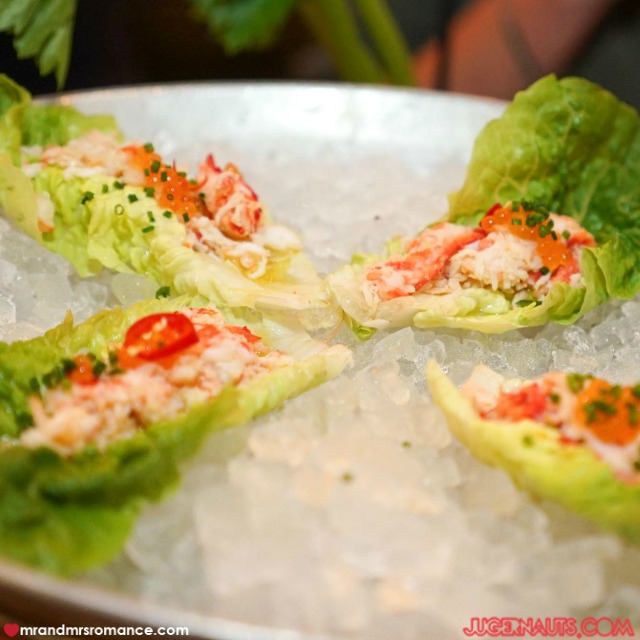 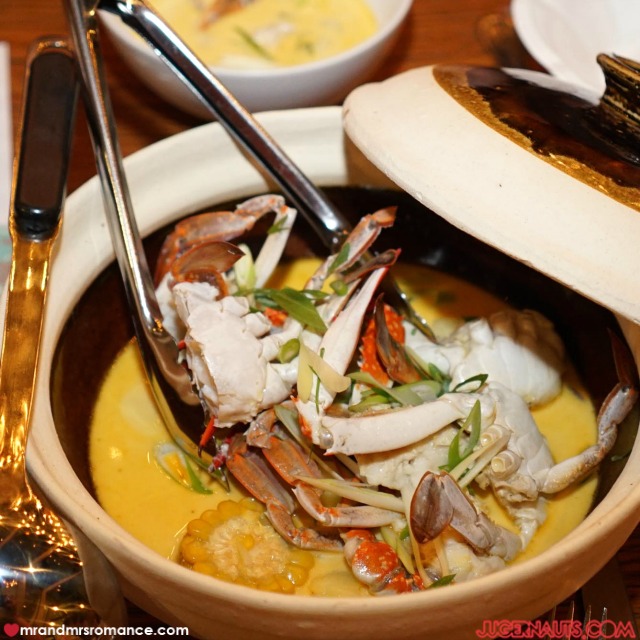 And so is this dish of delicious! Blue swimmer grab chowder. Takes us back to our time in San Francisco and southern California, where the clam chowder is the stuff of dreams. 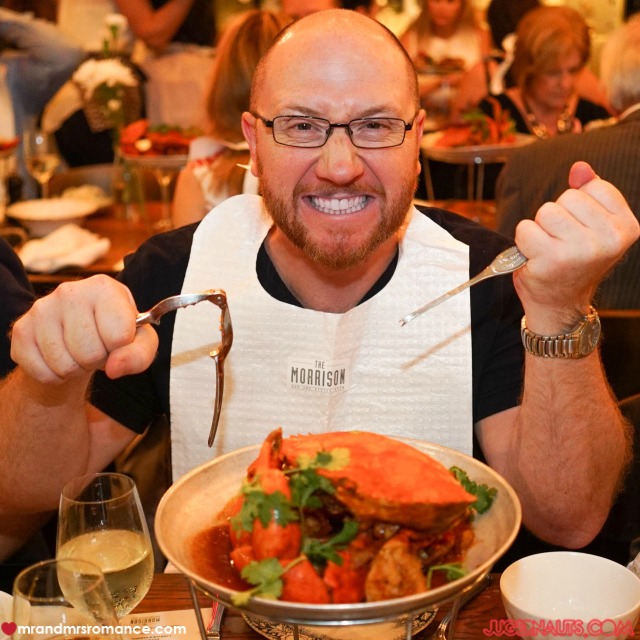 As for the chilli mud crab, we’d recommend wearing dark colours and being ready to wield the crab cracker, the crab fork and your temper with a hungry force!

Check out the other fun things going on at The Morrison until April 24th.

Thanks to The Jugernauts for their photos shown here. It was great to catch up with the guys – see what they’ve got to say about The Morrison’s Crab Carnival 2015 here. 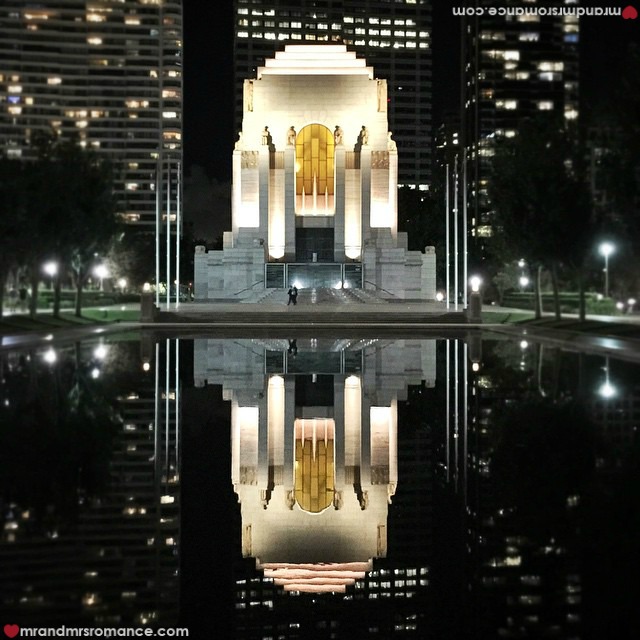 Walking the city at night always gives a different perspective on what we see every day. Sydney’s Anzac Memorial and the Pool of Reflection and Remembrance in Hyde Park looks amazing tonight. 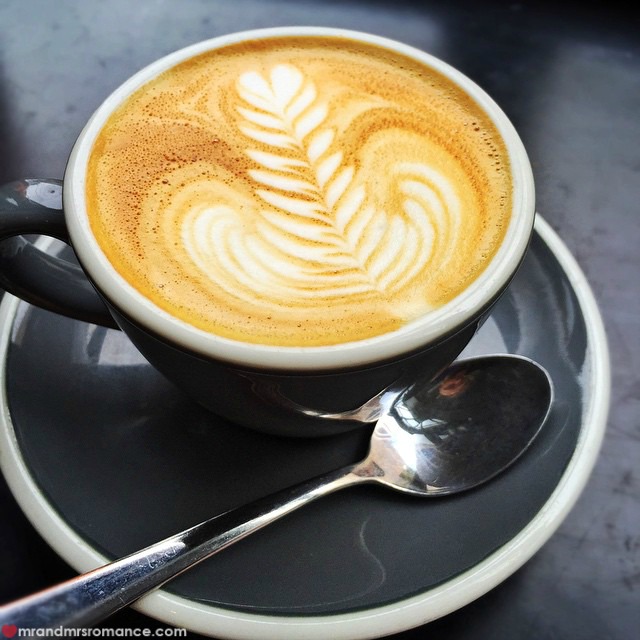 Coffee. What would I do without you? Today’s Romance Media meeting didn’t get off to a good start. Then this comes along and everything changes. We’ve made an executive decision because of this. New policy item, number 153:

Do not start meetings before the first cup of coffee! 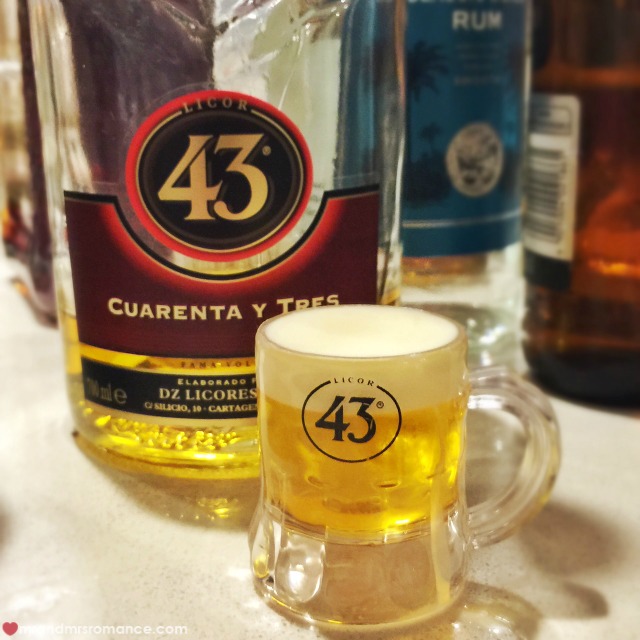 Tonight we’re round our friends Rohan and Jess’s place for a housewarming and to welcome Rohan home. He’s been away working on a cruise ship for quite some time.

It must be something in the blood. Jess – Rohan’s sister – is in the navy.

And being in the navy, Jess has a few tricks up her sleeve for drinking. For a start, this little gem. Licor 43 – a sweet herby Spanish liqueur – with a layer of cream mixed with a little white creme de cacao becomes the Mini Beer. Absolutely delicious.

I should also tell you about the Jam Doughnuts that Jess is serving tonight. Simply 3/4 of a shot glass of Chambord – a French blackberry liqueur – and a layer of Bailey’s on top. It’s absolutely amazing. Really tastes like a jam doughnut. Well worth bringing out at your next party. 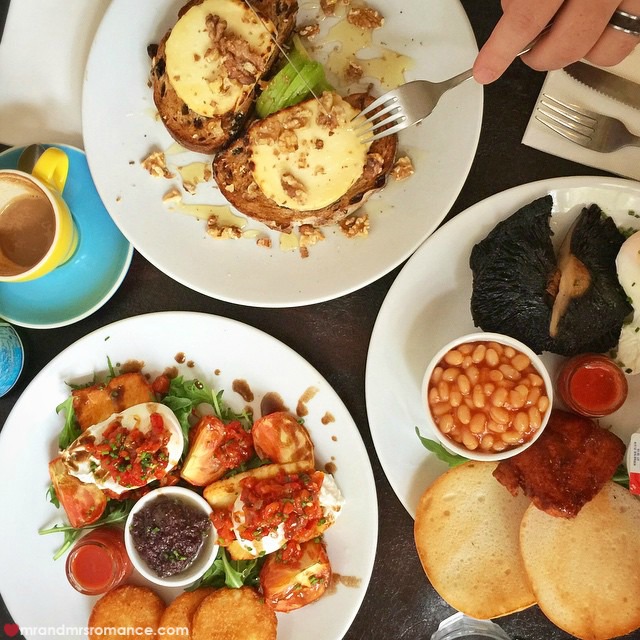 This morning everything’s a little seedy. Jess and Rohan’s party went on a lot longer than we were expecting. This brunch is well needed – for us and for our friend Deb, who was also with us at the party. It’s about all we can do to munch down our respective meals and talk very quietly. And in case you’re wondering, yes, that’s my Goats on Toast from Two Good Eggs I’m about to hack into! 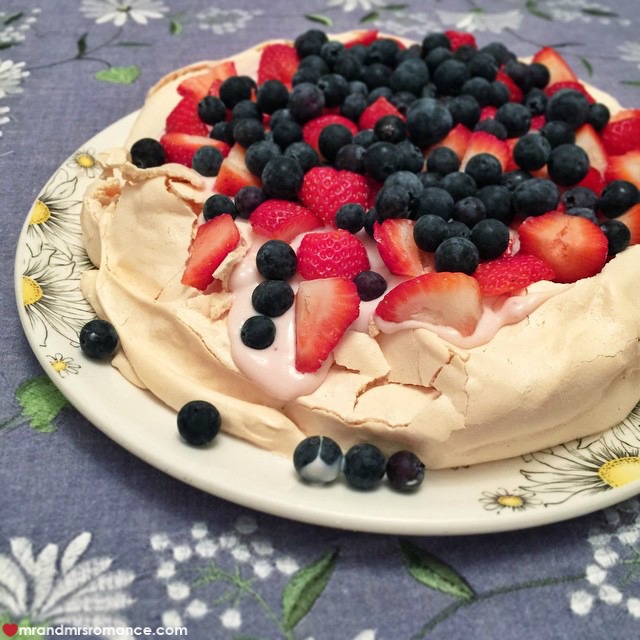 The Easter weekend is finally here. With it comes the promise of lots of food – in particular Mrs Romance’s mum’s world class pavlova. This one’s a little different though. We didn’t get chance to buy cream before all the shops closed, so Mrs R Snr has improvised with a bit of strawberry yoghurt on top instead. It actually works quite nicely. But then it’s the meringue and the fresh berries that make the biggest difference.

Watch this space for the recipe for Mrs R Snr’s pav. We might just squeeze out the secrets out of her yet! 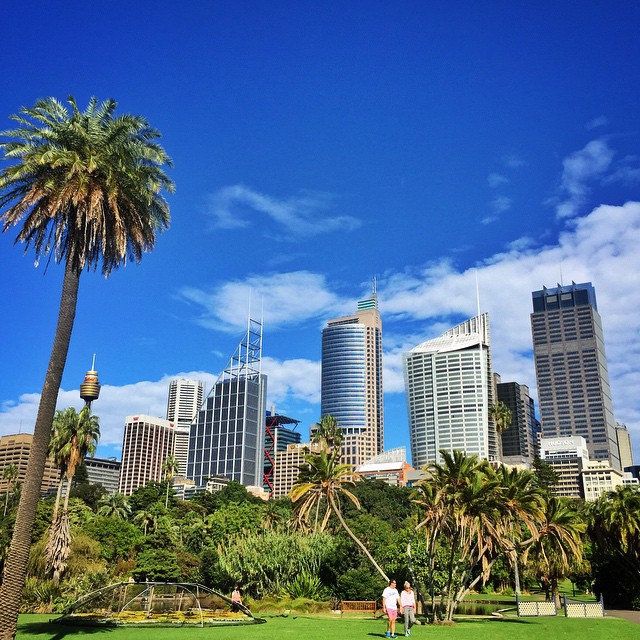 It’s been a bit of a rainy old weekend this Easter, so the morning sunshine this Monday – the last day of the long weekend – is very welcome. We’ve decided to take a walk down to the harbour. It’s such a beautiful part of the city – especially with skies like this. 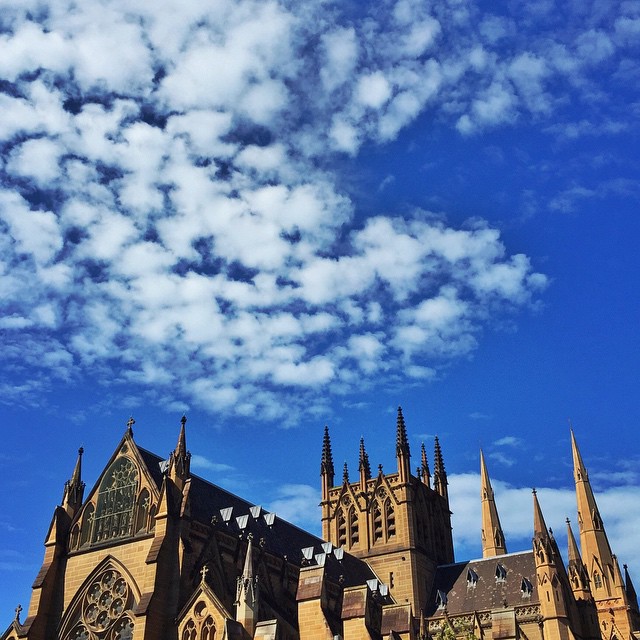 On the way home, Mrs Romance snaps this pic of St Mary’s Cathedral. I love the spires sticking up into the blue of the sky.

How was your Easter weekend? What percentage of your own bodyweight in choccy eggs did you eat? Tell us in the comments!