Exploring the incredible underwater world of the Great Barrier Reef usually means long journeys, boat rides and at least your basic PADI scuba licence. But we’ve found a way that transports you there in an instant. 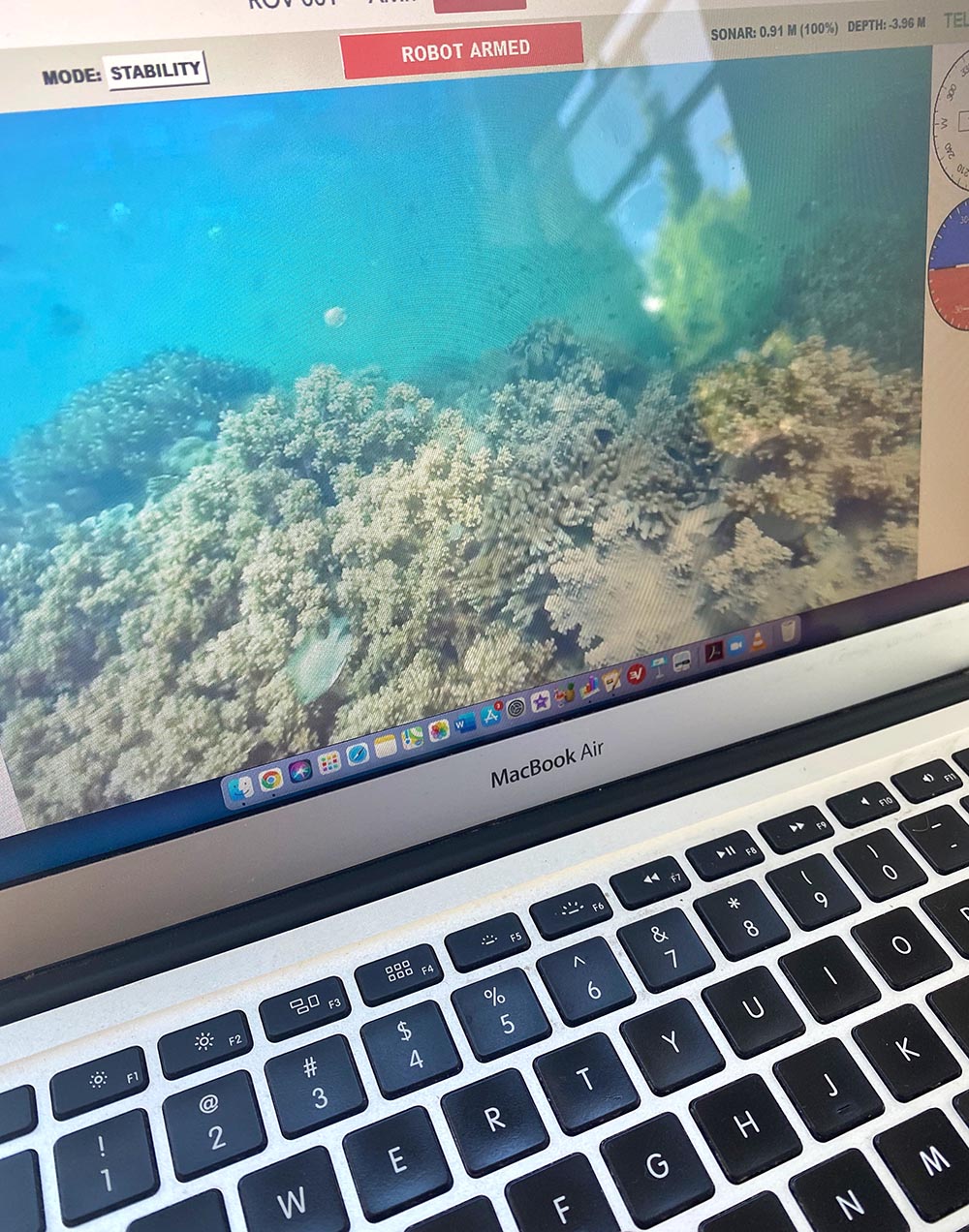 One of the seven wonders of the natural world, the Great Barrier Reef of the north Queensland coast is one of the most incredible places we’ve ever visited.

Bigger, in fact, than the states of Victoria and Tasmania combined, the vastness of the Great Barrier Reef is home to an abundance of marine life, its waters fading from lapis lazuli to aquamarine.

And although it spans over 344,000km² of the Australian east coast, visiting the Great Barrier Reef is something many of us will never get to do.

That’s where Teleportal and its submarine robots hands you a virtual jeweller’s loupe. 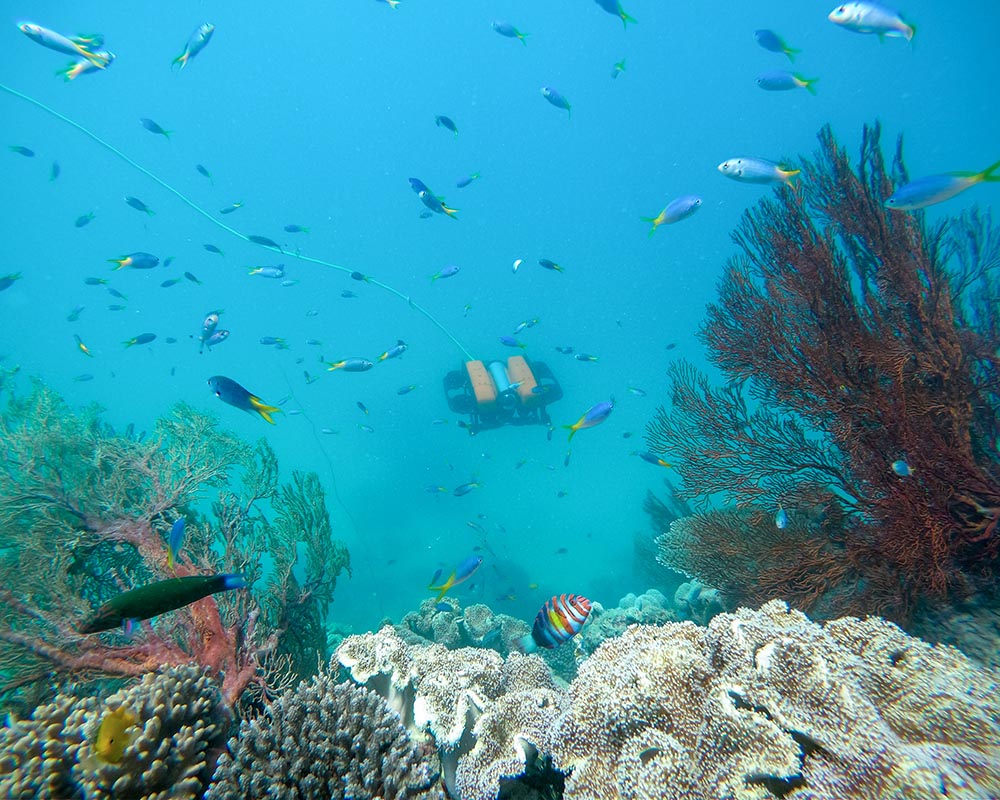 How to see the Great Barrier Reef from your own home

Anchored to 100m tethers dotted around a section of the Great Barrier Reef are several 10kg remote control submersible drones.

The mastermind of documentary maker and naturalist Adam Cropp, this incredible project allows you to take full control of your own remote submarine and drive it amongst the corals and creatures of this underwater paradise.

All from your own computer.

It’s the closest you’ll get to a real scuba dive without getting wet and feels like you’re in an scientific expedition roving the ocean with your own submersible. 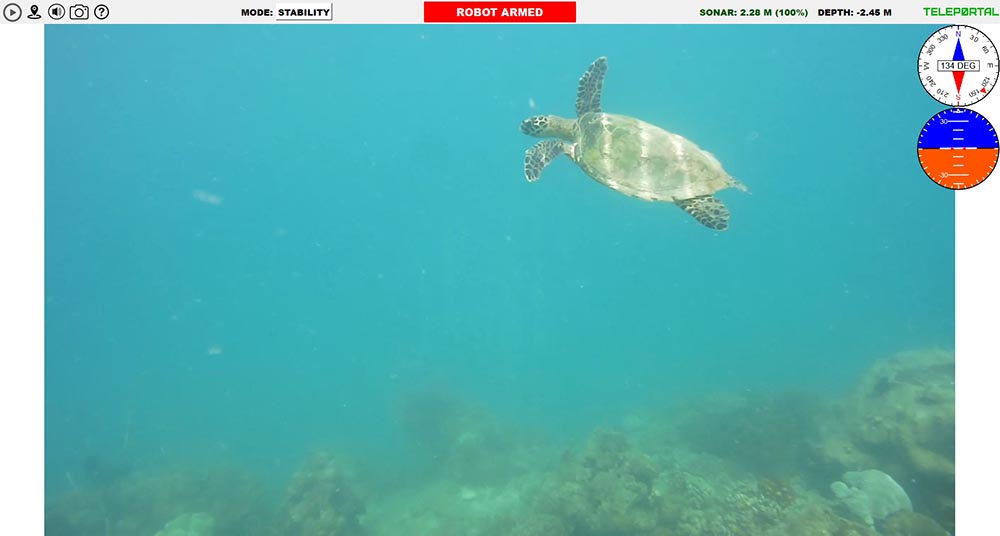 In fact, Teleportal is part of Adam’s Osibot open source robot design system that’s invested in improving real-life global scientific research and conservation efforts. So it probably should feel like you’re part of an expedition.

Talking of expeditions, we were lucky to meet Adam for the first time aboard the National Geographic ship Orion when we explored the wild coast of the Kimberley.

He was the expedition leader and showed us some incredible parts of the region.

What does your underwater drone do?

Starting off on the surface, you arm your drone and dive beneath the waves. It doesn’t take long to reach the seabed, where you’ll find most of the life.

The front-mounted 1080HD camera captures a 110-degree field of vision and can tilt up and down as you move. And if you want to try a night dive, the submersible’s 4000 lumens lights illuminate the dark waters around the reef perfectly. 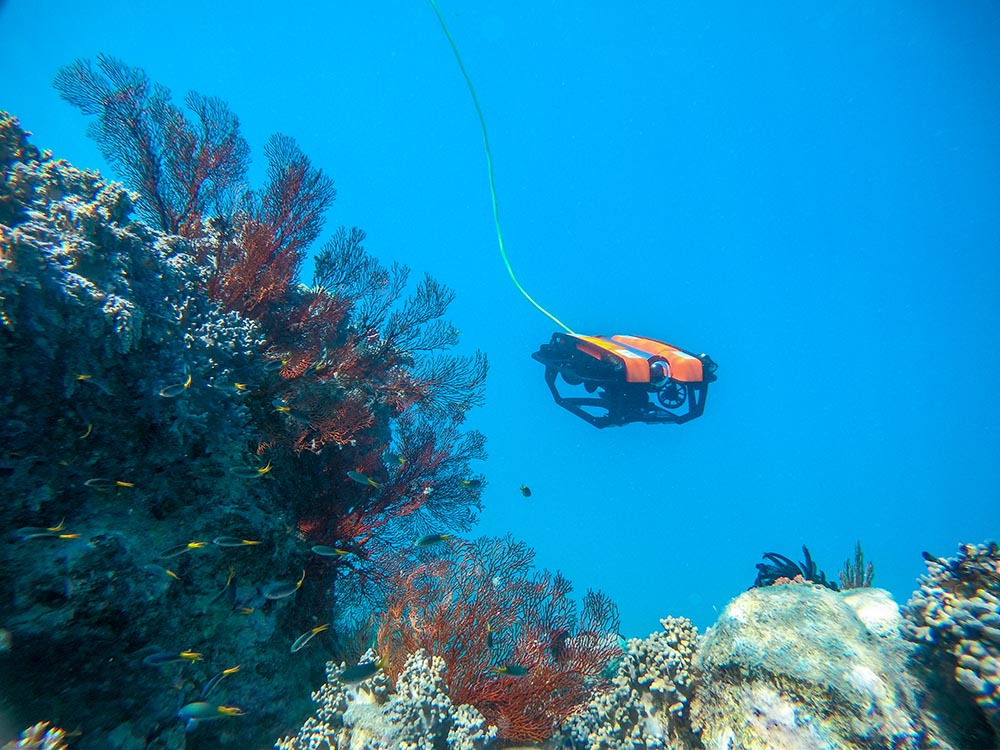 You can take photos of your voyage as you go too, which save automatically to the system’s gallery.

You steer the submersible with your keyboard using classic gamer keys. It’s a very responsive system, giving you an impressive amount of control and agility.

Motors and gyroscopes on the robots are powerful enough to cope with currents, and the sonar-based obstacle avoidance system helps out if you get too close to your surroundings.

Actually, it’s surprising how close you can get to the wildlife (the proximity detector kicks in at around 65cm) and the fish aren’t bothered by the robot’s presence at all.

You can watch Adam take a robot down for a live dive here on his YouTube channel.

You buy credit packages that translate to minutes of dive time and there’s a full training simulator to practise as well. And trust me, you’ll want to buy more credits than you think you’ll need.

We had an hour in the deep blue (about 200 credits) and it felt like 10 minutes.

We spent most of our time among reefs at around 5m, but we went as far as about 10m down. This is not a problem for these submersibles, which can dive down to 100m.

At the end of the session, the submersible drifts casually up to the surface where its solar batteries can recharge ready for its next voyage.

Images from our experience with and courtesy of Teleportal.