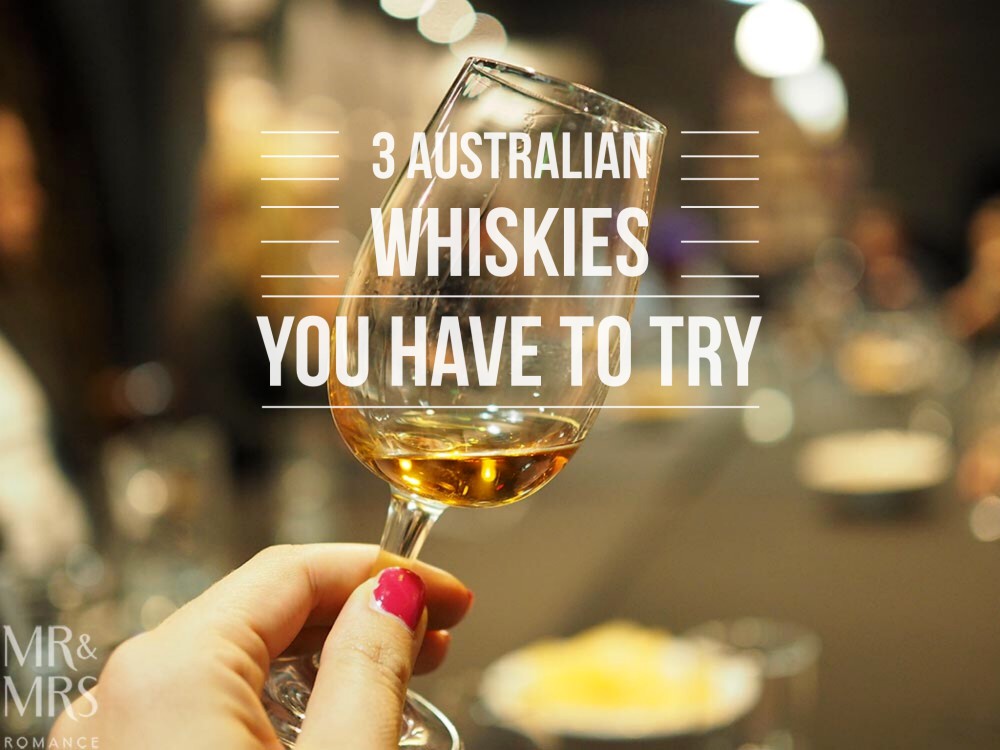 Whisky is and always has been a polarising drink. People either hate it or love it. But on this relationship scale, love for whisky completely outweighs the hate.

Haters will say: “whisky?!” and pull a face, but then just move on. Those whisky lovers though, we’ll tell you we love whisky, we’ll tell you why, we’ll try and convert you and then we’ll probably get upset if we can’t.

But that’s just because it’s the best drink the world.

Australia hasn’t been making whisky for very long in the bigger scheme of things. And thanks to some poor choices in the government over the years, Aussie whisky distillers haven’t been able to stretch their legs as far as they’ve wanted to.

Since the turn of the century though, and thanks to people like Bill Lark and his efforts to move distilling legislation in the right direction, Aussie whisky is on the move.

Here are 3 Australian whiskies you must try – and if your partner likes whisky, buy these for them if you want their love!

3 Australian whiskies you must try

At one of the southernmost points of the Australian mainland, the town of Timboon has a long history of distilling. In the 1800s, bootlegger Tom Delaney was crafting excellent but illegal single malt whisky at the rate of 100 gallons a week.

But even when the government finally shut him down in dramatic fashion (think disguises, gunfights and daring escapes), Tom’s whisky was still in demand. And somehow that demand was met, with bottles of single malt mysteriously appearing across the district.

Head distiller for Timboon Railway Shed Distillery Josh Walker has taken inspiration from that history and is once again putting this little coastal town back on the map with superb single malts – this time everything’s above board of course. 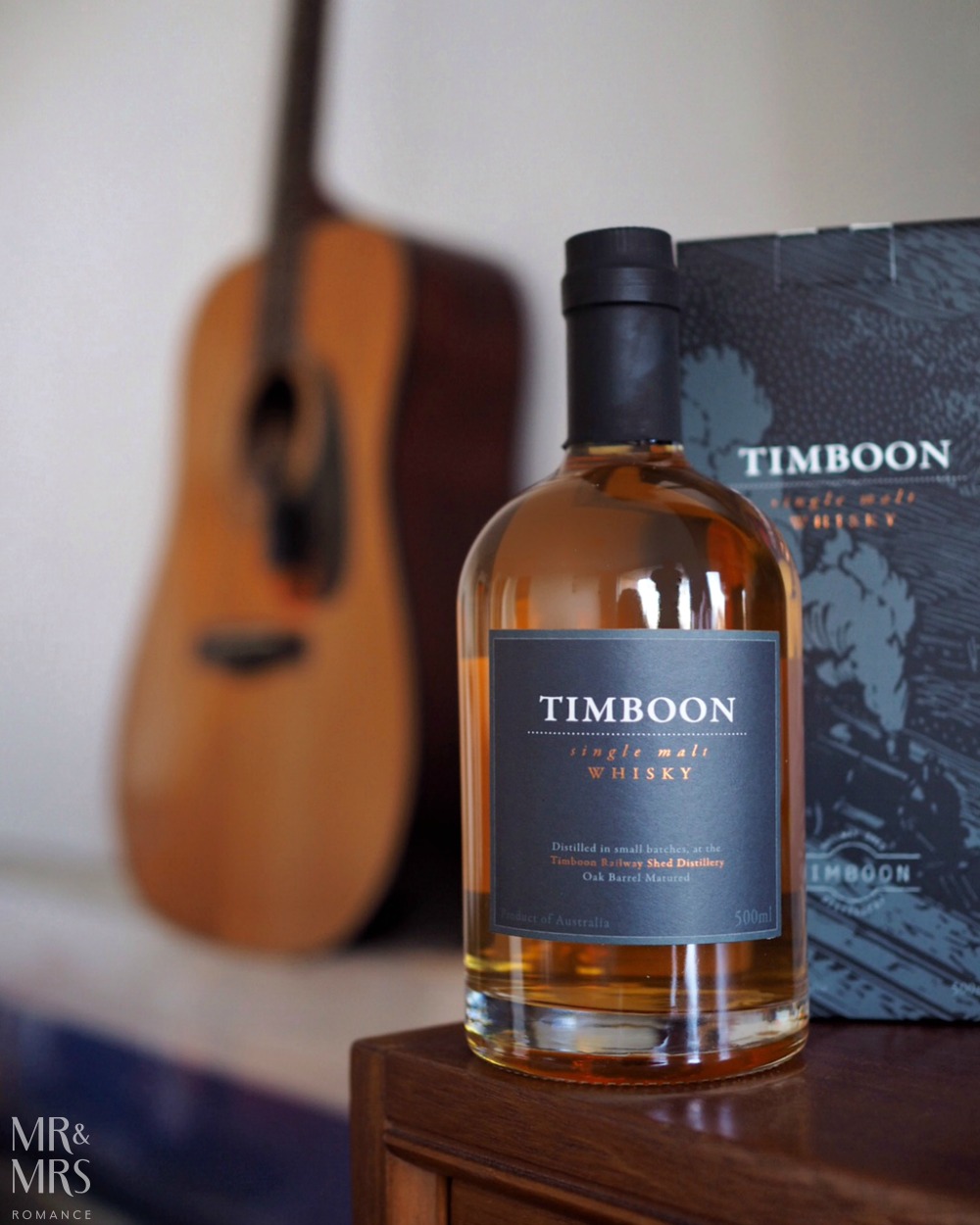 Fine, clear amber tones in the colour and a delicate apple aroma. First sip is sharp on the tongue initially, which then smooths out to a rich, almost chocolaty mid-taste. The port barrel this whisky has been aged in has given it a beautiful round, complex flavour. Dense yet light, and exceptionally drinkable. 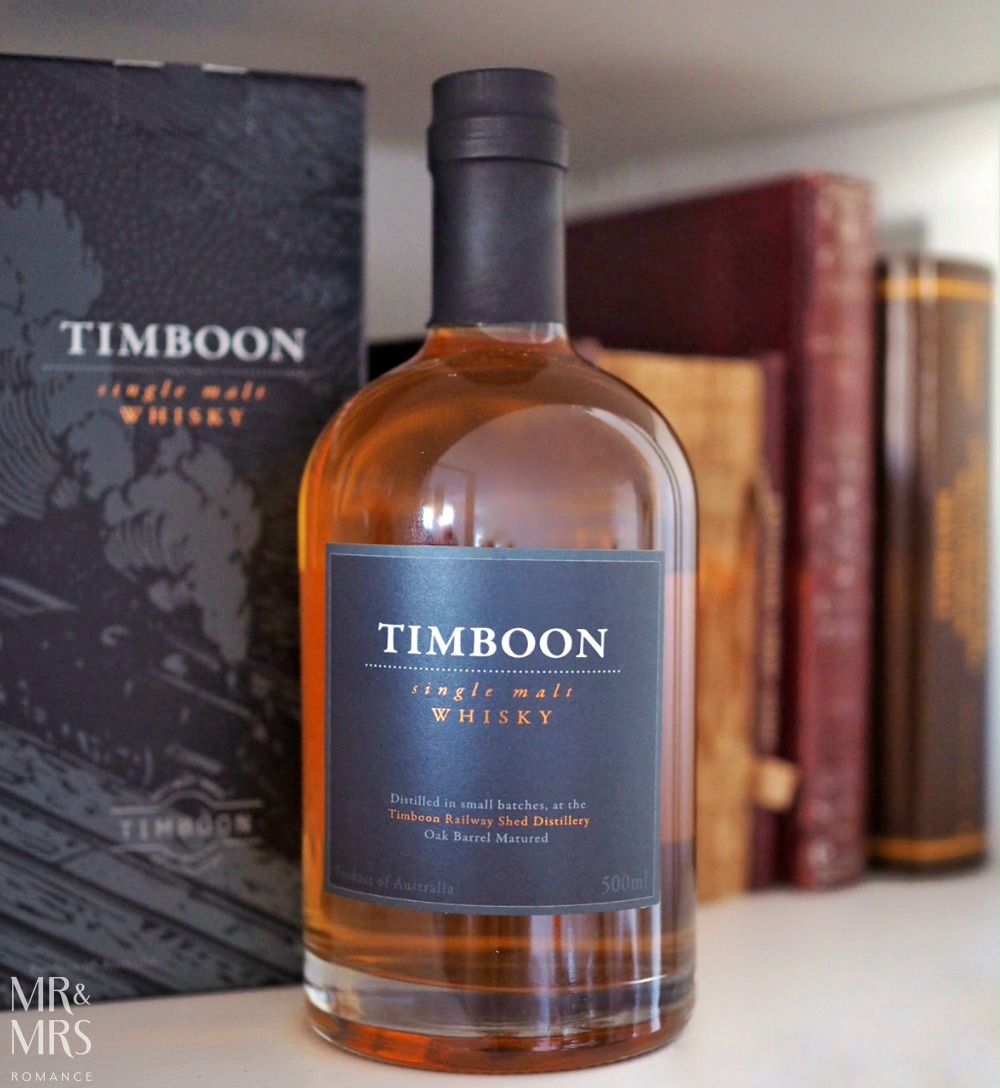 One of our all-time favourite distilleries, Black Gate makes some of the most superb whisky you’ll ever taste. Every single expression this beautiful husband-and-wife team creates sells out and is exalted by critics and fans.

Mrs Romance bought me a bottle of the now extinct Black Gate 007, which Genise and Brian very generously gave up from their private collection. It was one of the most memorable birthday presents I’ve received. 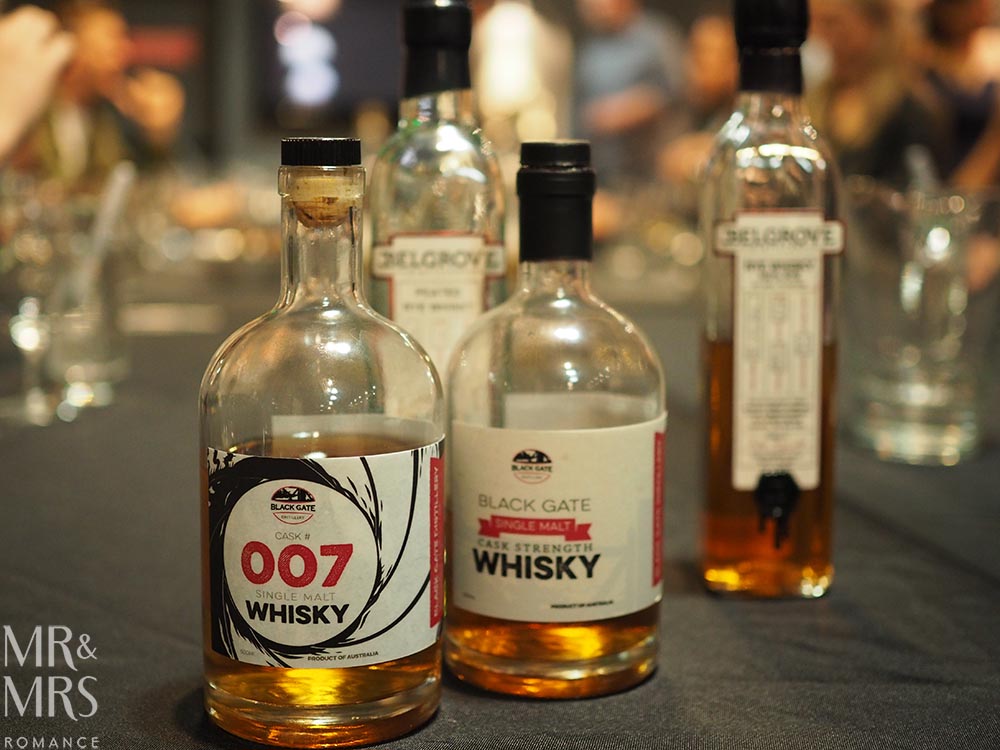 Rich and golden to look at and an oaty, oily aroma. A warm and comforting first taste becomes fuller and more complex as the alcohol content opens the flavours in your mouth. Full of syrupy sweetness and spiciness too.

There’s no peat to this whisky, so the long finish is clean and clear. Beautiful to drink.

You’ll be very lucky to find any more bottles from the 007 range, which has nothing to do with James Bond by the way – though Brian does have some excellent one-line comebacks. 007 refers to the number of the 100l sherry cask Brian and Genise used to make this batch.

It’s well worth keeping an ear to the ground for when the Hollingworths release their next batch though. You’ll be buying into a remarkable whisky.

Sign up to the newsletter from Black Gate distributor Nip of Courage here. 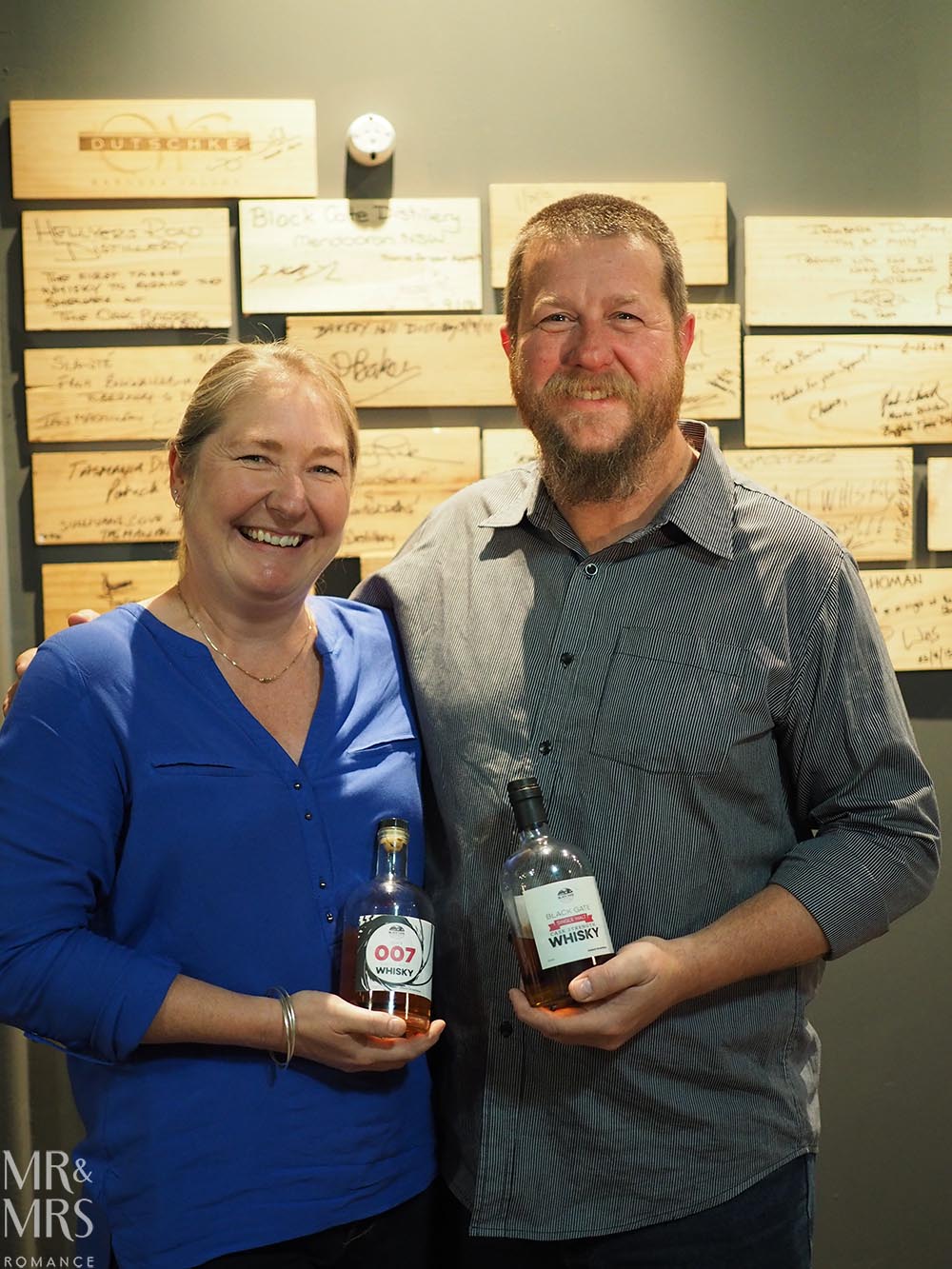 It’s not just whisky these guys make however. Their rum, which Genise as one of Australia’s awesome woman distillers champions, is scintillating. And their quondong liqueur, which the Hollingworths forage for themselves, was an exclusive feature on the shelves of Michelin-starred and world number 1 restaurant Noma.

Black Gate also organises weekends away to Mendooran and the distillery for groups. If you’re looking for a unique rural Australian experience, here’s your answer. 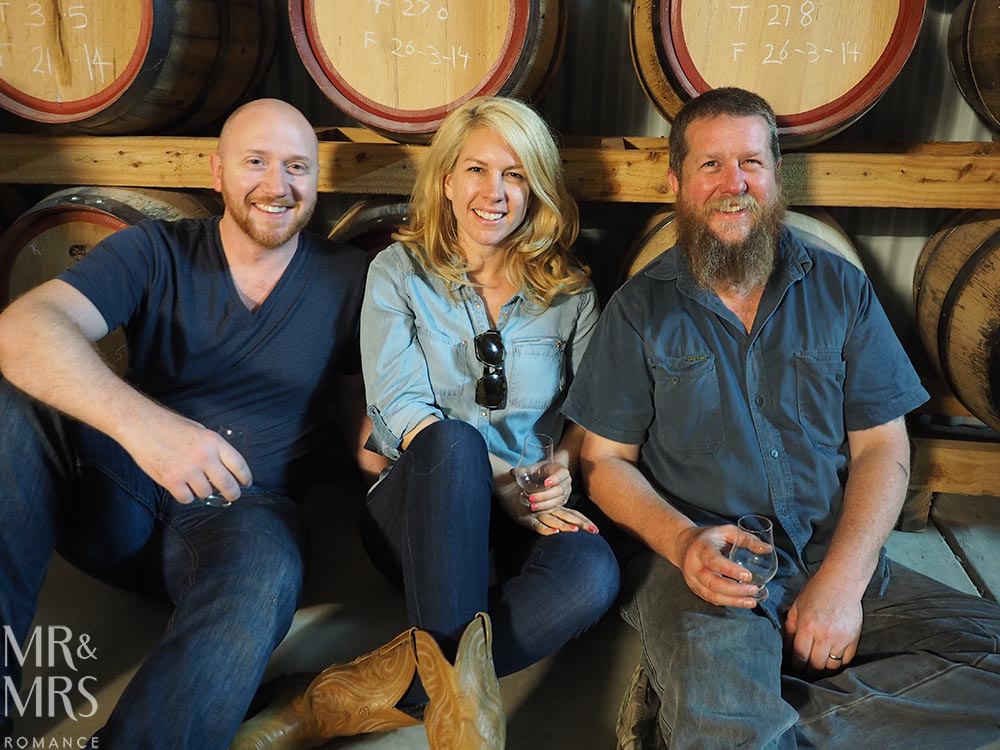 The name says Scottish but the taste says Aus. This Tasmanian-based distillery creates some superb whisky, and its gin should never be ignored either.

Bill McHenry moved his family over to Tas and began creating incredible things in beautiful Port Arthur in 2011. From that point, his unique, delicious mark on Australian distilling was made.

McHenry is Australia’s southernmost whisky distillery, taking advantage of that much-sought-after cool climate that distillers and winemakers love. The distillery’s property even has its own mountain stream that Bill uses to create that special element to his whisky. 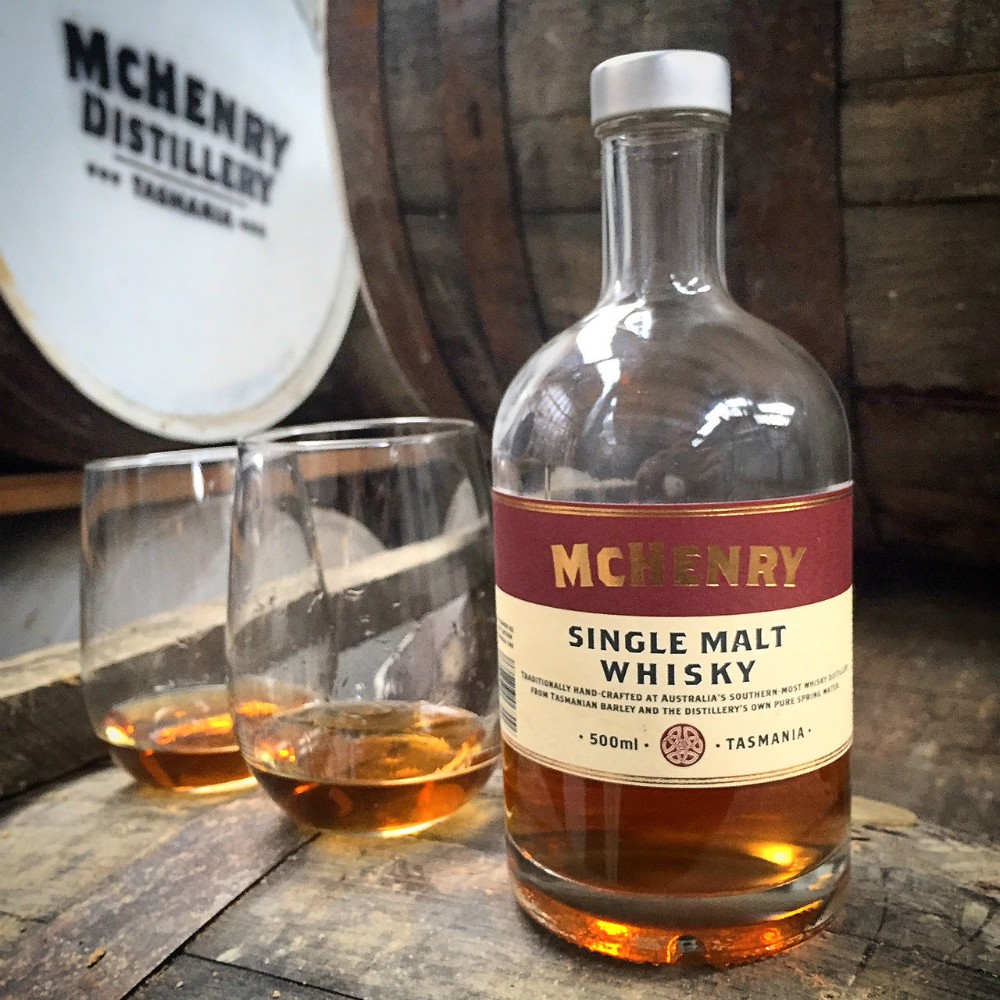 Golden amber in colour. Sweet, woody aromas and a sweet start to the taste. Then citrus notes and a clean woody flavour come through in a full, fruity body. A flavourful whisky with intense fruit and spice and you’re left with a toffee note on the finish. 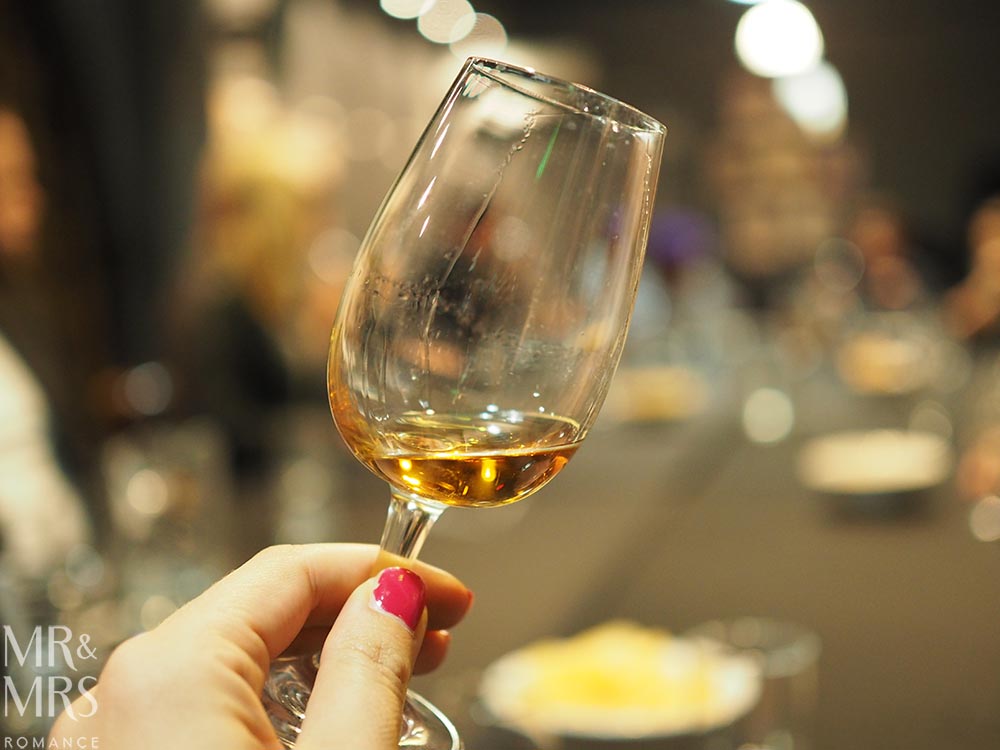 You can find all of these whiskies (and a whole lot more tantalising Aussie spirits made by tiny distilleries) at Nip of Courage. This is a small business in itself run by our awesome friend Kathleen Davies, who has been championing the craft spirit movement in Australia since 2012.

We love seeing Australian products – especially when they’re as good as these whiskies – developing and becoming people’s new favourite thing. And let’s face it, they’re not difficult to love.

Have you tried any Australian whiskies before? Are you a lover or a hater when it comes to whisky? Tell us in the comments.

By the time you read this, we will be gone. From Thailand, I mean! Wow. Sorry, that sounded a bit dramatic, didn’t it? We…