We’re back in San Diego – part II – and things couldn’t be better. People say sequels are always rubbish, well here’s the exception that proves the rule. We’re about to kick things up a notch so I hope SD’s ready! 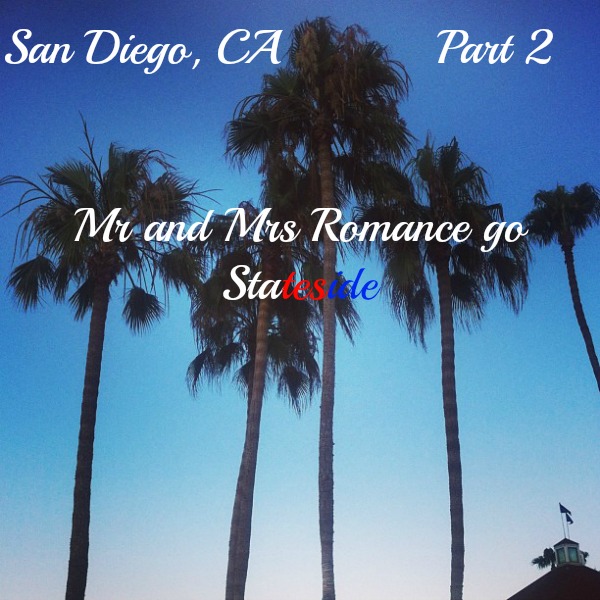 We’ll miss San Francisco, and Melissa and Peter are just about the most awesome people in the world, but San D is also pretty bloody amazing. And our friends here, Mona and Brendan make this fun town seem even more like home for us. 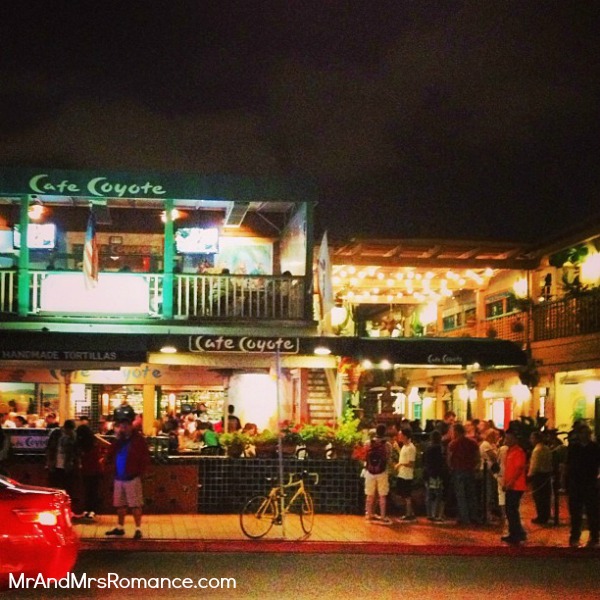 San Diego Old Town is a slab of Mexico in the USA. The streets are lined with margarita bars and eateries jammed with hungry people. The warm streets are full of the material for just about the best people-watching I’ve ever seen!

The place is crazy, but the old style of the shops and restaurants, even down to the street lights, is so pretty. It’s a really cool area of San Diego. 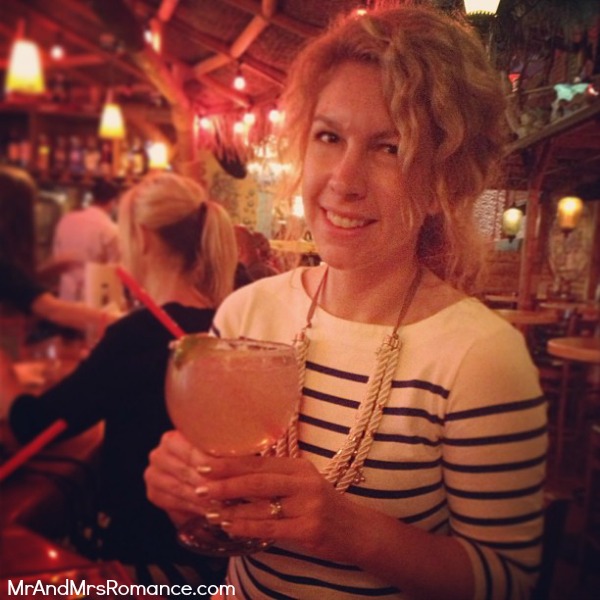 Mrs Romance’s look of trepidation says it all. This is the biggest margarita we’ve ever seen. And for about $8 too! I was just surprised not to find a drunk goldfish swimming around in it the glass was so big.

Mrs R does well with this, but in the end she calls for backup. The scary thing is this place does even bigger margaritas than this! They call them ‘mega-ritas’… and if they don’t, they should! 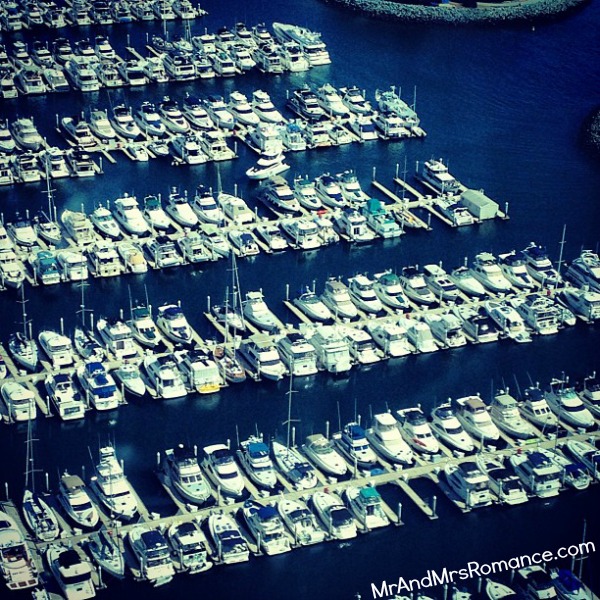 The following day Mrs Romance and I head out on the hunt for a rooftop bar. We love them so we decided to look for the highest. This was the view over the packed marina from the Top of the Hyatt in the Hyatt Manachester Grand 40 stories above the ground.

From 497 feet (151 metres) up, the views are spectacular. The bar itself is okay though the decor’s a bit dated and the drinks are pretty expensive (the common cost of rooftop bars), but it’s worth a look. 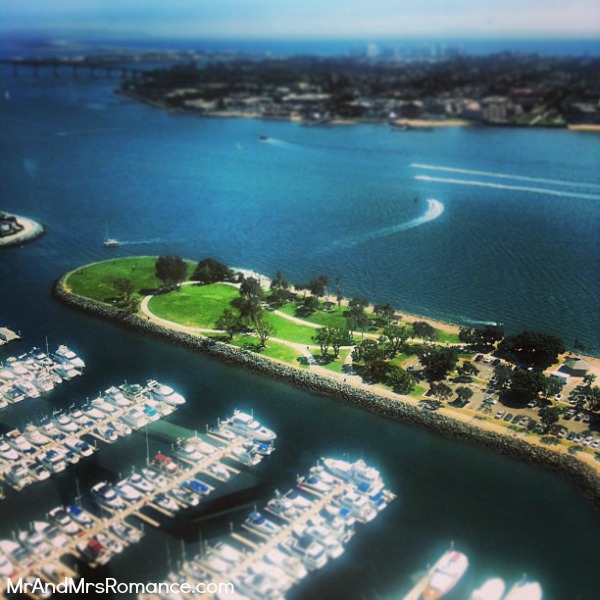 More views from the Top of the Hyatt, the tallest waterfront building on the west coast of North America and third tallest building in Sand Diego. 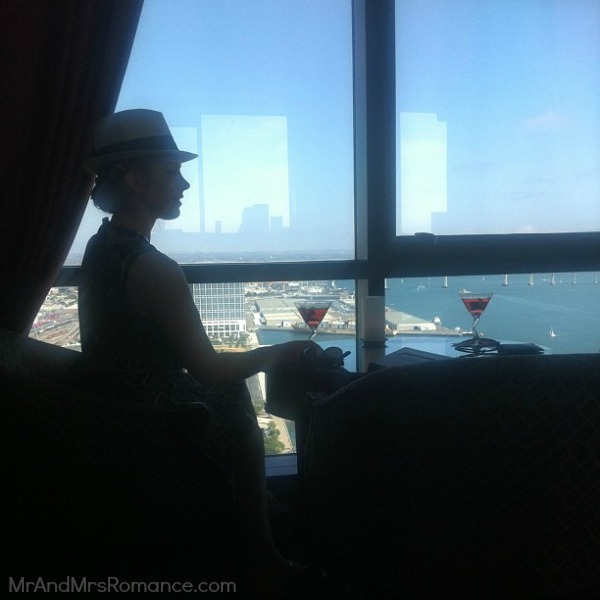 Mrs Romance enjoying the views and the round of negonis we ordered. 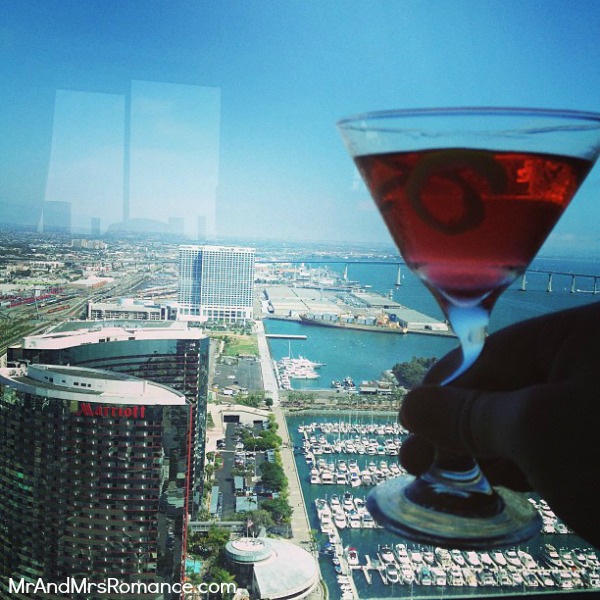 We score a great seat looking south towards Mexico. That’s the bridge you can see is the Coronado Bridge that bends round to drop you on Coronado Island, but more about that in a minute. 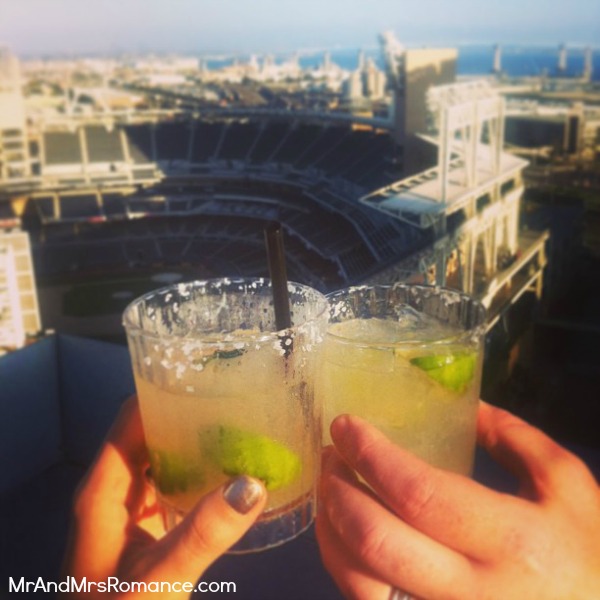 The views from the Top of the Hyatt were good, but our favourite San Diego rooftop bar is the one on top of the Marriott. We’re here with our friends Mona and Brendan.

We like this bar the most for a few reasons. They do a great happy hour, which cancels out the one concern for expensive drinks. It’s a very cool place with great furniture and an amazing fire pit in the middle of the area. I’m pleased to discover they’re not only cigar friendly, but actually have a small range for sale. And the views are great too. At one end you can even see into San Diego’s baseball ground. 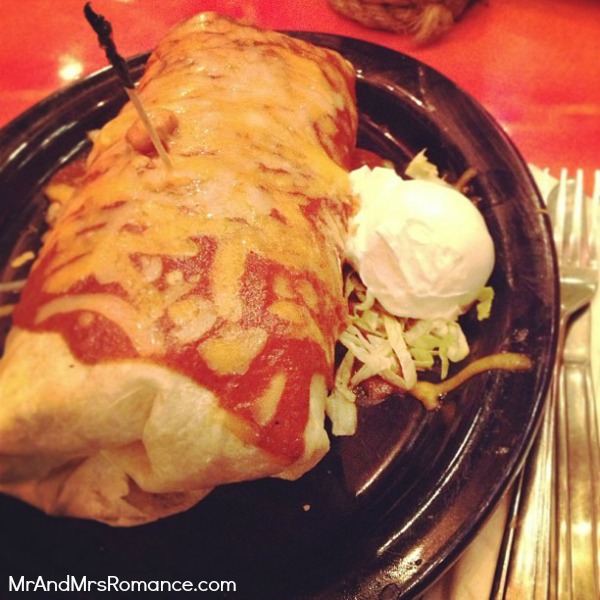 As we’ve mentioned before, the food in San D is awesome. Check out this giant burrito (it’s listed simply as ‘burrito’ on the menu, by the way)! I only just manage to finish it – but finish it I do! 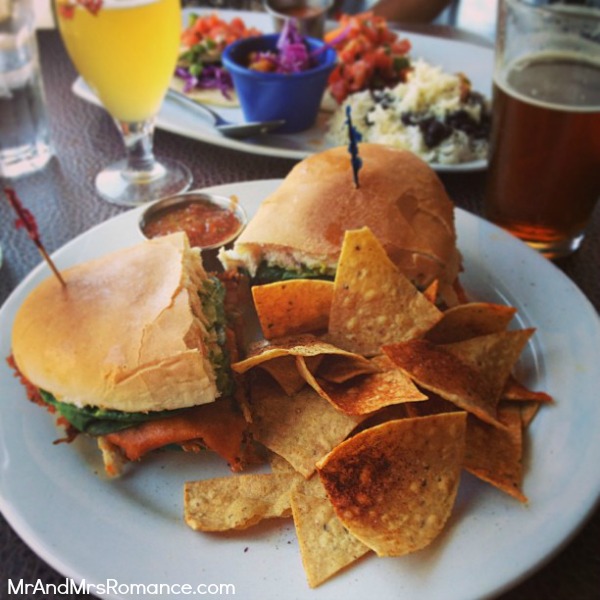 Here’s more food – the pork carnitas (a kind of pulled slow-roasted pork) sandwiches you can find all over San Diego are… well, let me put it this way, I’ve just drooled into my lap thinking about it. This one is just insanely good and it’s from Barrios Star on 5th Avenue. Go to there! They call this a carne asada torta. It’s Mexican for ‘bloody genius’! 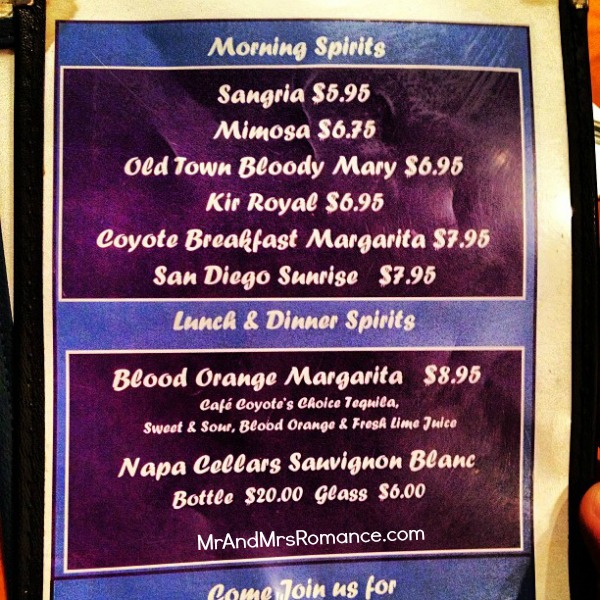 Another thing that we marvel at in San Diego is their amazing ability to drink! We found this menu very amusing with recommendations for morning spirits. Breakfast cocktail? Why not? It wasn’t until we realise a lot of places offer this that we begin to worry about the town’s sobriety… then we just join in! When in Rome after all.

Flying high on the San Diego Zoo sky ride. If you don’t like heights, don’t watch this vid! 😉 #AmericanRomance by @mrandmrsromance

We can’t go to San Diego and not visit their zoo. It’s world renowned and has some incredible exhibits. As you can see, the cable car ride is also pretty cool! 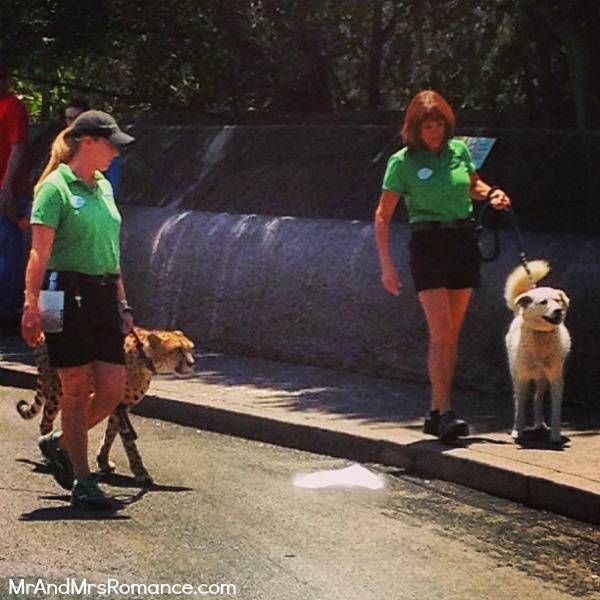 San Diego Zoo has an amazing programme for the more highly-strung big cats and wolves. They pair the wild animal up with a domestic dog from an early age. The dog has a calming influence over the wild animal. Here you can see a cheetah walking on a leash next to her chum – a husky-labrador cross. 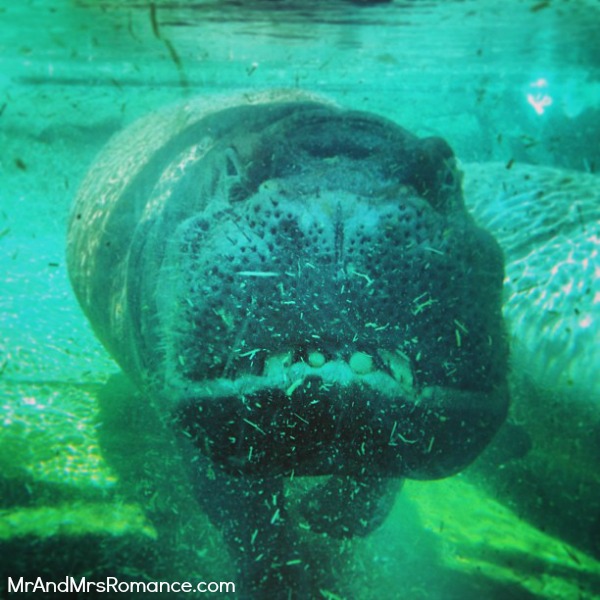 Swimming hippos – I like to call this one ‘hippo or selfie?’. 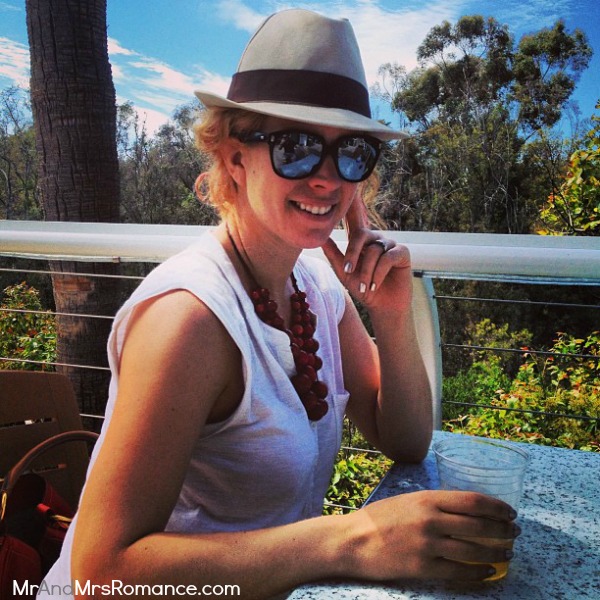 After trekking across the length and breadth of the zoo, we take a well-earned beer stop. Look how happy Mrs Romance looks! 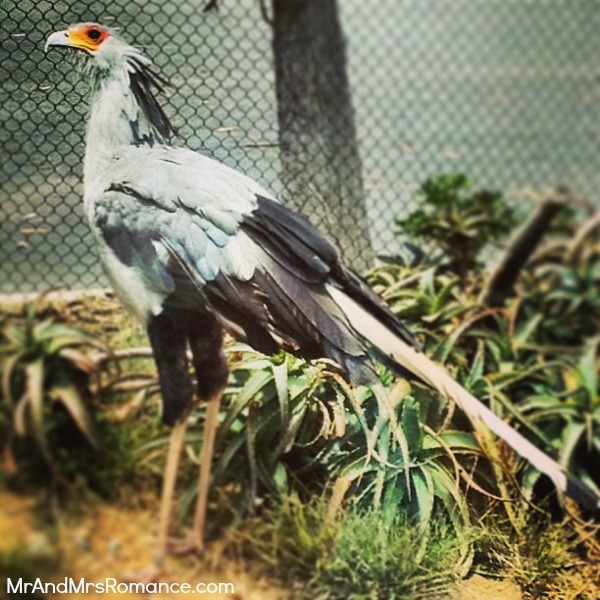 I love these birds – it’s a secretary bird. They eat snakes and catch them by leaping up and down on them and stamping on them. Very funny, though pretty scary looking and quite prehistoric. 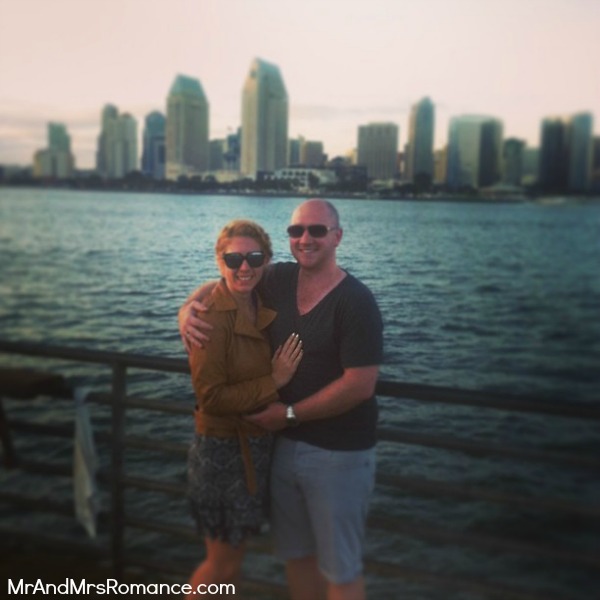 Aww. Don’t we look sweet?! One of the last places we visit in San Diego is Coronado. It’s an island off the coast and has great views of San Diego City from its eastern side. 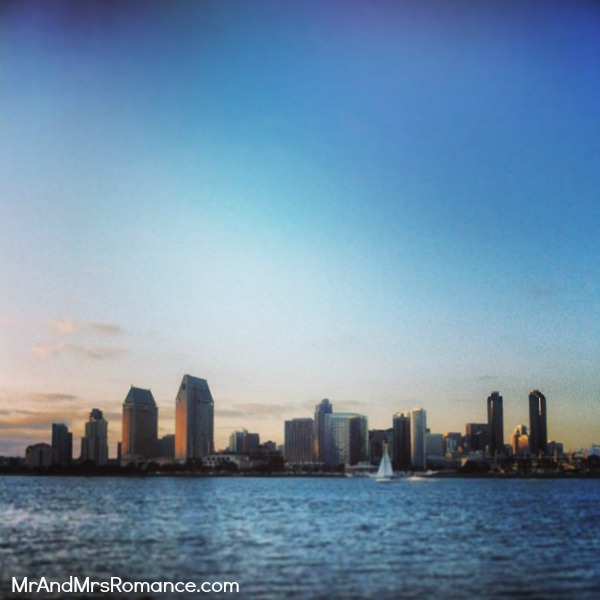 Just as the sun starts to set, San Diego looks even lovelier.

Fire pits on #coronadobeach #sandiego (& our friend is really excited about s’mores!) by @mrandmrsromance

On the western side of the island is Coronado Beach. Here’s a video of the fire pits you can hire if you’re quick enough and rich enough! It’s a beautiful beach, and with views of Mexico on one side, the western coastline stretching away north on the other and the huge Pacific Ocean bending the horizon everywhere else, it’s quite special. 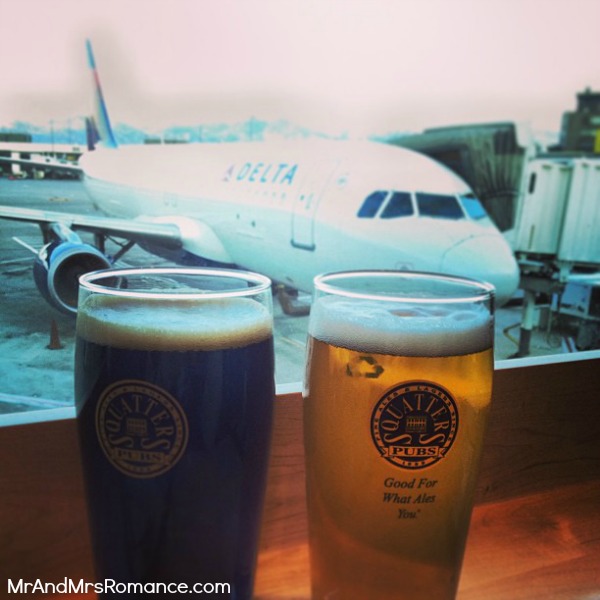 And that’s our trip to San Diego and California over. In the airport we sit over a couple of beers and wait for our plane. It’s by no means the end of our odyssey though. And here are a couple of addendums we thought you might like. 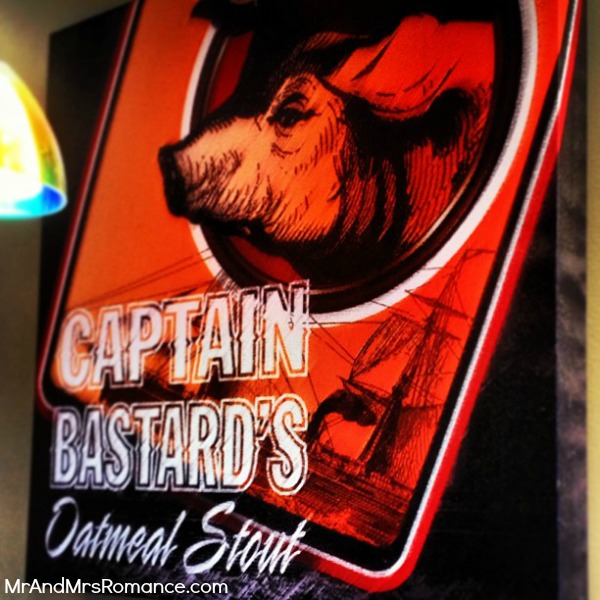 As you may know, my alter ego is Angry Bastard on Istagram. I discovered this beer in the airport and of course had to try it. It was very tasty by the way! 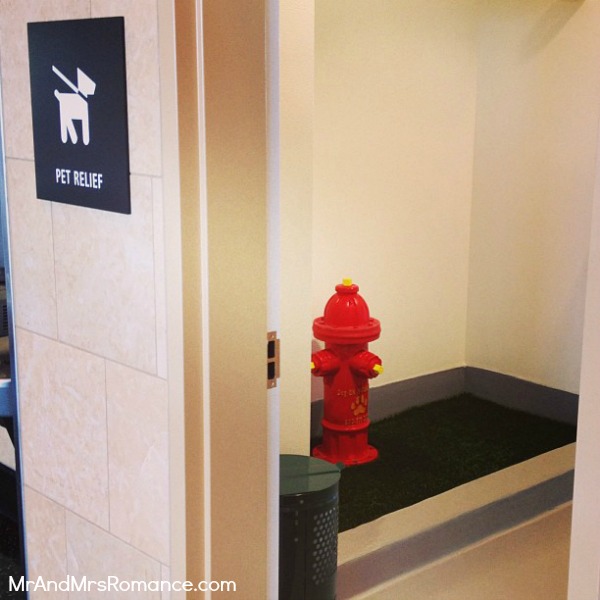 This confounded me for a while. Why why why and why? There are answers however. In America you can take your pet – providing it’s small – on domestic flights with you. This excellent facility was between the men’s and ladies’ bathrooms. Brilliant, isn’t it?

Quick fact: Did you know Chicago is not called ‘The Windy City’ because of its weather (though it is windy there sometimes)? It’s called this because the politicians were very verbose and long-winded here. So there!

The most colourful island of Venice’s archipelago, Burano is the unsung diamond in the Venetian crown. Venice, Italy is one of the most extraordinary…