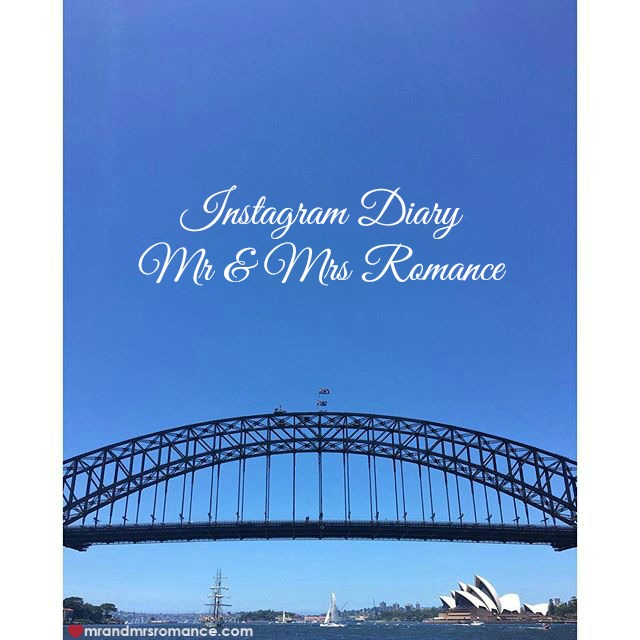 We hope you enjoyed yesterday’s retro-Diary, catching up with our exploits from New Year’s Day till when I returned back to Mrs Romance and the Australian summer. I can’t believe it’s only been a week, and even weirder, that it’s already the second half of January. Why do I get the feeling this year’s going to speed by even faster than ’15? 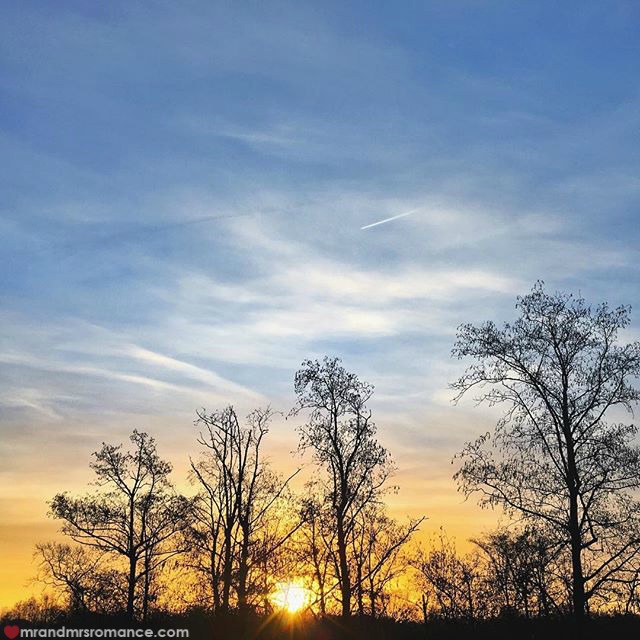 So it’s my last sunrise in England. After lunch I’ll board a plane and head south for the summer. It’s a beautiful morning, but it’s set to turn into a pretty ugly day. Lots of rain and very windy. Plus I’ll be saying goodbye to my family for a little while, which is never much fun.

By the way, I took this photo from my bedroom window then went back to sleep for another hour or so. Even in England, when the sun doesn’t rise until about 8am, there’s no way I’m up and about until it’s a proper time of day! 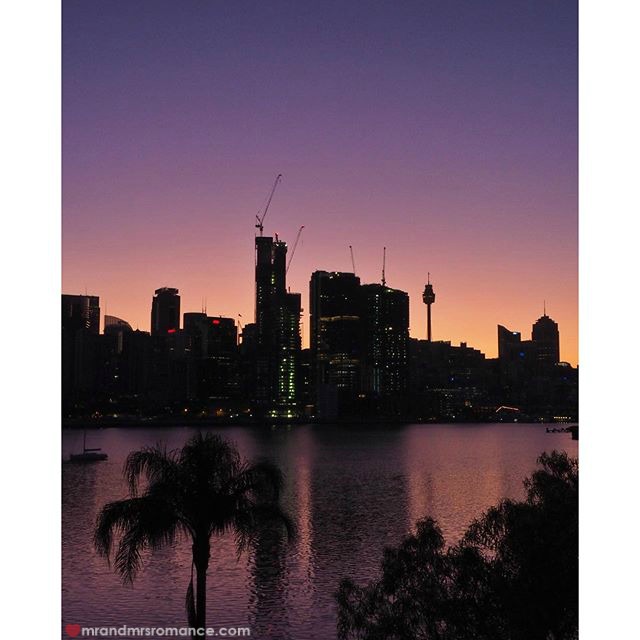 Mrs Romance on the other had is regularly up with first light. In fact this it’s already sunrise in Sydney – the sunrise of my return in fact.

When I step off the plane, I discover Sydney’s in the middle of a heat wave. The 30-something air is a bit of a shock to the system in spite of England’s – and in fact most of Europe’s – oddly warm winter solstice.

Amazingly, this photo has not been edited at all. It’s as the sky was at sunrise through Mrs Romance’s camera. I believe this was taken with her Olympus OM-D E-M5 mark II fyi. 🙂 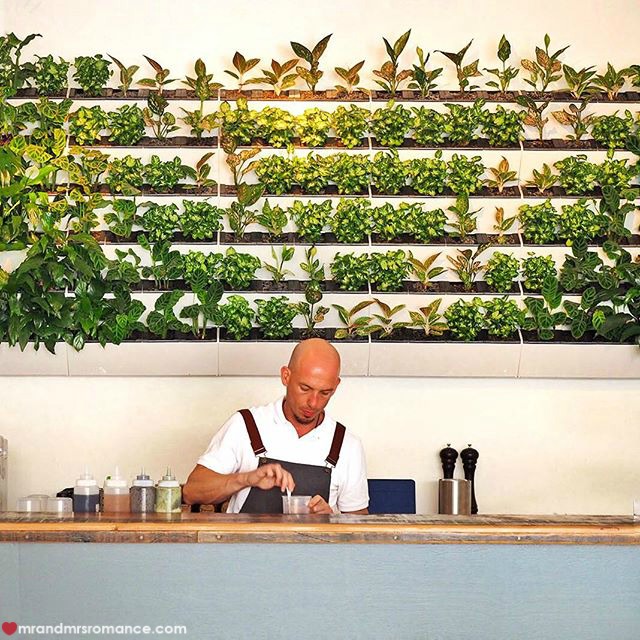 Today, we’re very excited about the official opening day of our friend Dave’s venture The Plant Gallery. It’s a raw vegan restaurant that serves food that non-vegans would be happy to eat. His business partner and head chef Juan Carlos are focused on clearing up the fallacy that healthy food – that raw vegan food – can’t taste good.

Check out our full review of The Plant Gallery here. 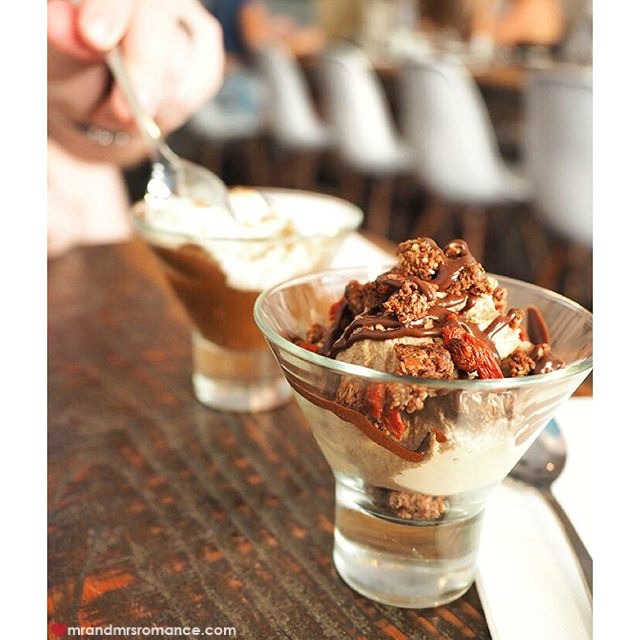 Here’s what we’ve ordered for dessert at The Plant Gallery. In the foreground is a chocolate mousse with choc crunch and The Plant Gallery’s special chocolate sauce. Behind it is a date caramel with a Chantilly cream topping. It’s amazing that none of this has either been cooked or even heated above 48°C, and that it’s all completely vegan too.

See what else we ate here. 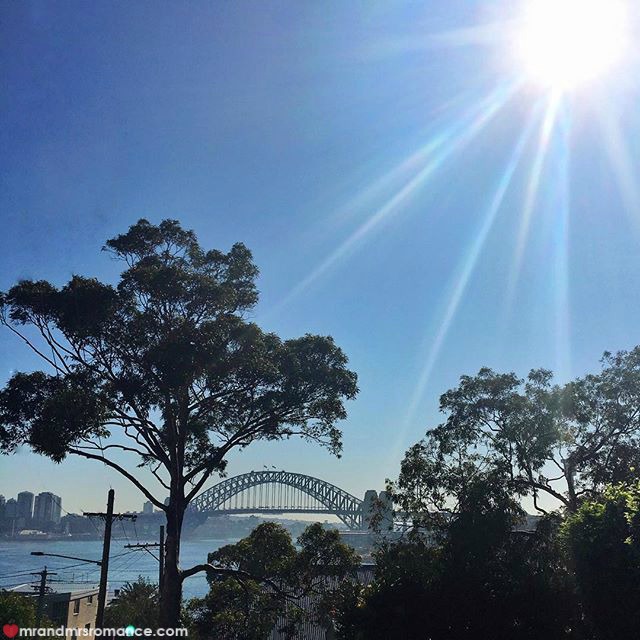 Mrs Romance and I are out exploring Sydney a bit this morning. It’s already hot, so we’re taking advantage of the cool morning air.

Think we might go for a swim a bit later – especially if the mercury continues to rise. 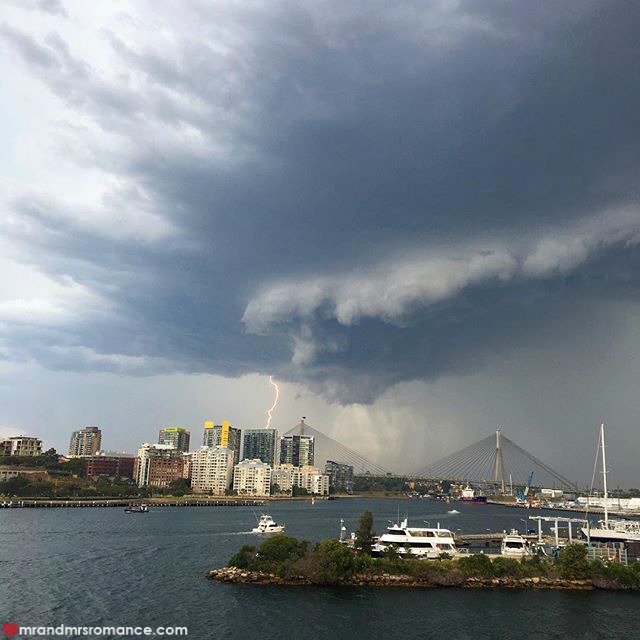 Well, it’s still quite warm but the swim hasn’t worked out quite as we expected. This storm has come in from the west and is absolutely terrifying. Thankfully, it’s heading south now, but there’s more rain to come I think! 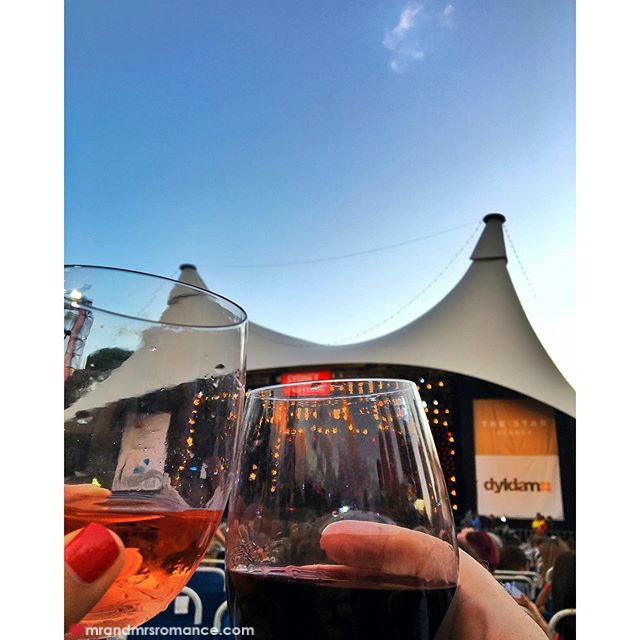 Tonight we’re checking out Sydney Festival’s Symphony in the Park. And from the VIP section too if you don’t mind! It’s one of the last performances in the Sydney Festival and we’re really excited about being here. The music’s absolutely incredible – even if you’re not into classical music, this is so beautiful. And you’ve got no choice but to admire these musicians’ art.

Of course it’s made all the better with a drop of wine. We’re enjoying the red and the rosé from little-know James Estate winery in the Hunter Valley. A top drop if you get a chance to try it. 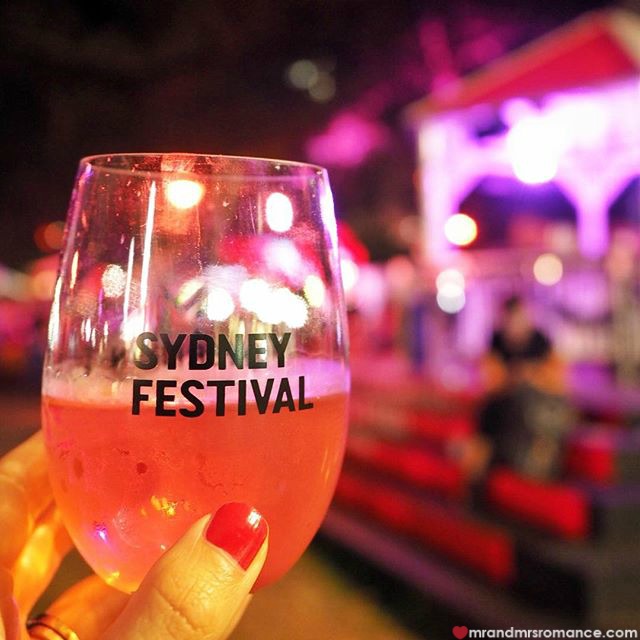 The symphony has finished, so we thought we’d punctuate the evening with one last glass back at the James Estate tent in the Sydney Festival Gardens in Hyde Park.

We’re so pleased the rain’s held off for the evening. Sydney really has shown her best side today. 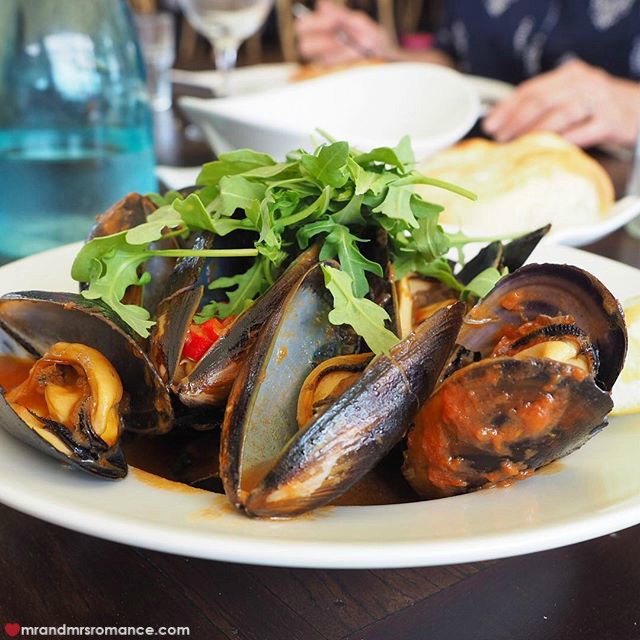 Today is a happy-sad day. It would have been Mrs Romance’s dad’s birthday today.

We have a tradition that every year – on 17th January – we find a place we think he’d enjoy a meal with his family around him. It was his favourite thing in the world to do.

This year I think Mrs Romance’s sister has absolutely nailed it. We’re way out west in Barrel 58 in a place called Kurmond near Richmond. Mrs Romance’s dad would have loved that too. The further you had to travel to find a good place to eat the better as far as he was concerned. I’ve known him to drive 2 hours out of his way to find the best cake in the state. Then another 2 hours in the opposite direction because that’s where the good prosciutto was.

Barrel 58 has only been open since around August 2015 but they seem like they’ve been here forever. My mussels are absolutely delicious and the view out over the valleys is spectacular. 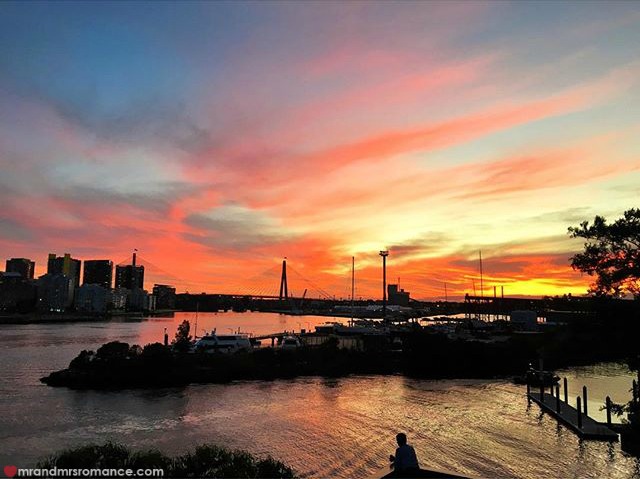 And so the sun sets on another Sunday. It’s been a good week to start my new year in Australia, and it turns out it was a good week to miss out on in England too – things have turned very cold since I’ve been gone. I don’t think I can take full responsibility for this – though my mum and dad might say otherwise.

We hope you’ve enjoyed this Instagram Diary double bill. Now we’re up to speed on things, normal service will resume next week.

How has your week been? Were you in Sydney when that crazy storm broke? How is the start of your new year looking? Tell us in the comments!

5 ways Cuba has changed since Obama – our return to Havana

Cuba has undergone enormous change and development over the past few years. Supercharged evolution following decades of barely any progress threatens to throw the…