Every now and again you find a place that’s way better than you thought it would be. Mudgee is definitely one of those places. In fact it’s so nice, you should go there right now, and I’ll tell you why… 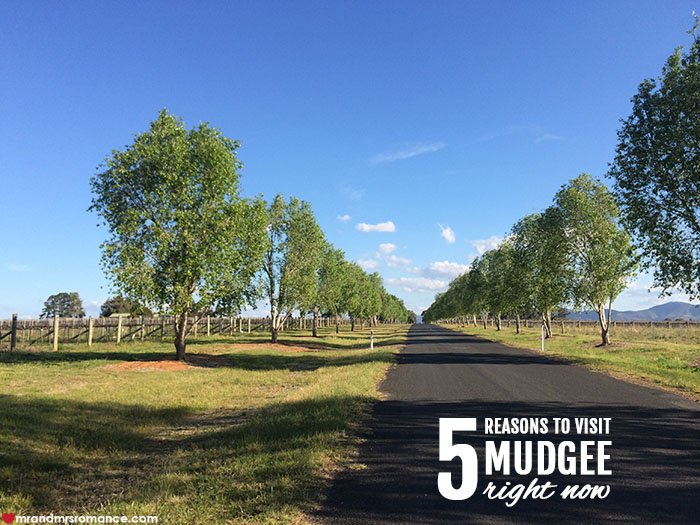 For starters the views are incredible. Rolling hills and escarpments, farmland and grape vines are everywhere you look… and it’s the farms and the vines that makes this a very special little town indeed.

Near-perfect conditions for growing food and grapes has turned this tiny town into a foodie’s Mecca. Through careful self-promotion and provenance, the Mudgeans (I don’t think that’s right) have made their home a very desirable place to visit – maybe even move to.

With over 45 cellar doors currently operating, Mudgee has an excellent wine industry. It has the oldest chardonnay grape vines in Australia, and it’s home to Roth’s – a wine bar with the country’s longest running liquor licence (since 1923).

But apart from all these general statements, what’s all the urgency about?

5 reasons why you need to go to Mudgee immediately

1. Get a dose of friendly in you

Everyone (and I mean everyone) is incredibly friendly, helpful and proud of their town. Mudgee makes places like the Hunter Valley and the Barossa Valley feel like war zones! And compared to Mudgee, Sydney is a zombie apocalypse!

I’m serious. We visited Logan Wines’ cellar door on our first day. Later, we saw the lady who’d served us at dinner that night. Far from ignoring us like I probably would, she came over and talked to us! They’re so friendly, and what makes the difference: they’re being genuine about it.

We came back from Mudgee feeling so upbeat, and I know it wasn’t just because of the great food and drink. All that positivity rubs off on you, you know. 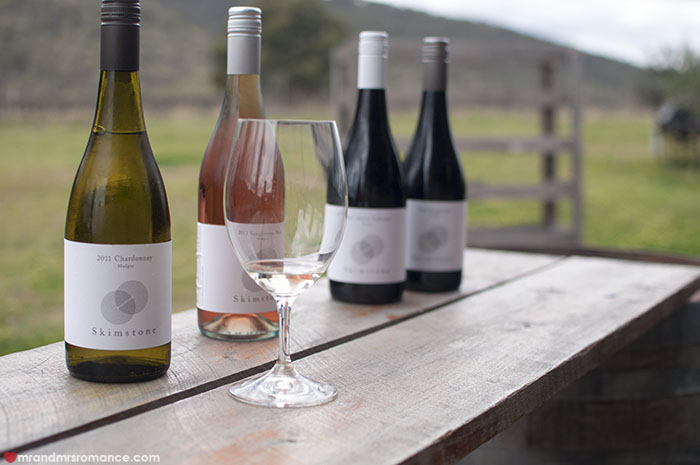 Flavours of Mudgee* is a big crazy street festival starting at 4pm Saturday 27th September right in the middle of Mudgee’s town centre. Chairs and tables are set right in the main street where visitors and locals alike can sample the local food and wine in this unique setting. Don’t worry, they close the road off to traffic!

The Local Plate* is an annual contest where various restaurants and wineries around Mudgee compete to see who can produce the most delicious, elaborate food platter. The contest showcases each establishment’s skills but also the skills of local provedores.

It also sets a challenge for eating them all too!

The Local Plate is running until 6th October. 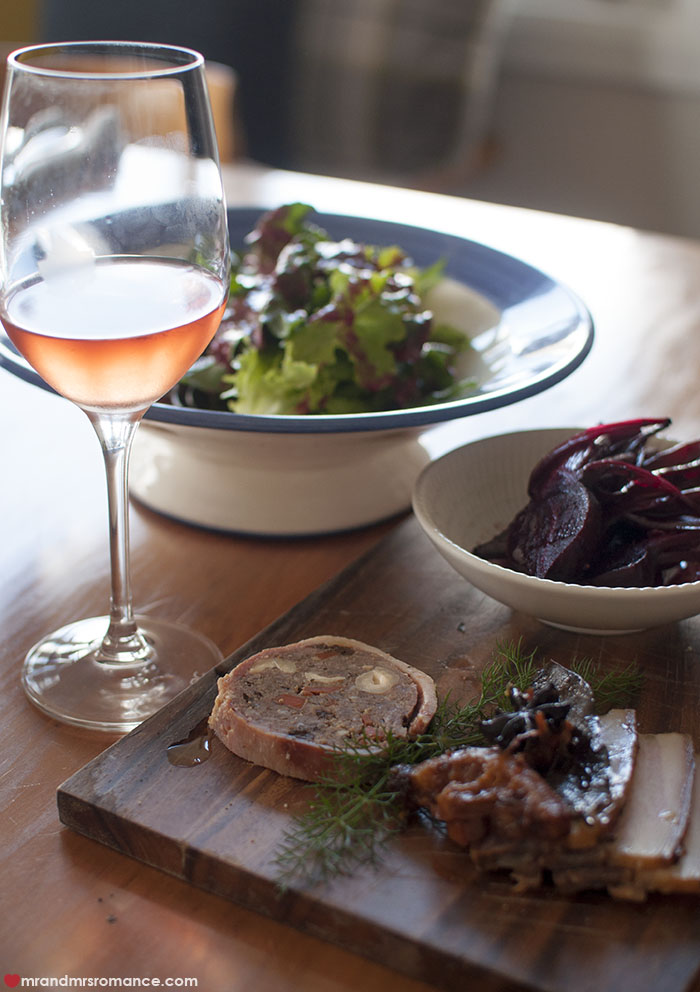 The Mudgee Farmers’ Markets happen monthly at the same time as the regular weekly markets (which aren’t quite as spectacular).

In the truest sense of its name, the Farmers’ Markets has a huge array of different produce for sale, all sold by those who grow, gather and create it. The market’s authenticity is regulated by the strict stipulation that it must only contain local produce.

The next Farmers’ Markets are September 20th then October 4th and after that the 3rd Saturday of every month. 8.30am – 12.30pm St Mary’s Catholic Church Grounds.

It is spring in Mudgee, which means the fields are full of bouncing lambs, nuzzling calves and very cute joeys. As we pulled up to our accommodation – the Mudgee Homestead Guesthouse – there were loads of kangaroos with their joeys standing there staring at us. Mrs Romance was astounded: “are they statues?” she asked. Bless her. She got very excited when a joey climbed into its mother’s pouch! 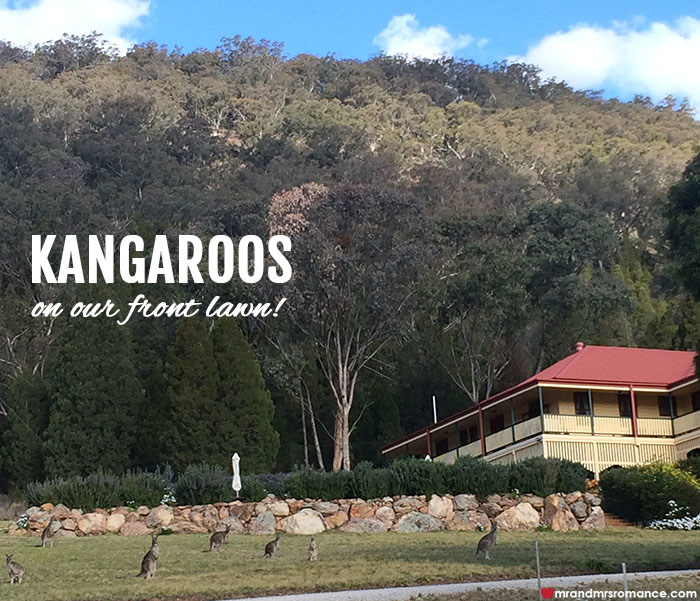 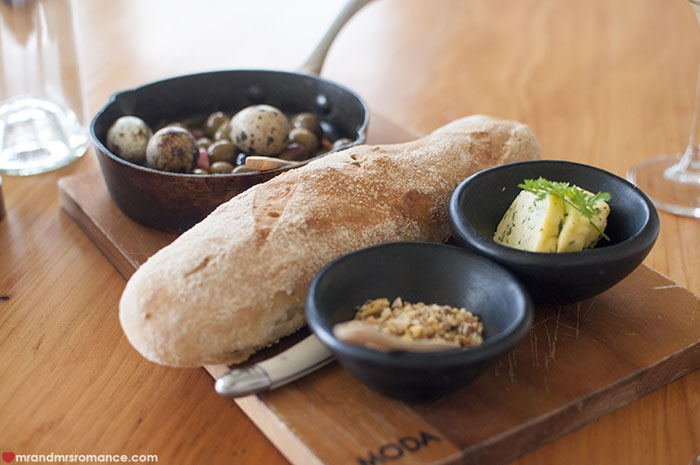 So get your skates on a get over to Mudgee before all these amazing things stop until next year. It’s really not that far to drive to from Sydney, and there’s only one really boring bit of road you need to drive between about Blaxland and Eastern Creek. It’s so worth it!

Have you ever been to Mudgee? Where’s your favourite wine from? Mrs Romance said ‘budgie’ the other day – I thought she was saying ‘Mudgee’ but had a cold – is that funny? Tell us in the comments!

Solo in Melbourne for baby showers, family time, and plenty of food and wine

Just when you thought it was safe to go back in the water… yup! I’ve got to repack and head back to the airport! …