Manhattan: apart from being one of the greatest, most ridiculously awesome cities on the planet – it also happens to be one of my favourite cocktails. I never thought I could improve the original recipe… until now! 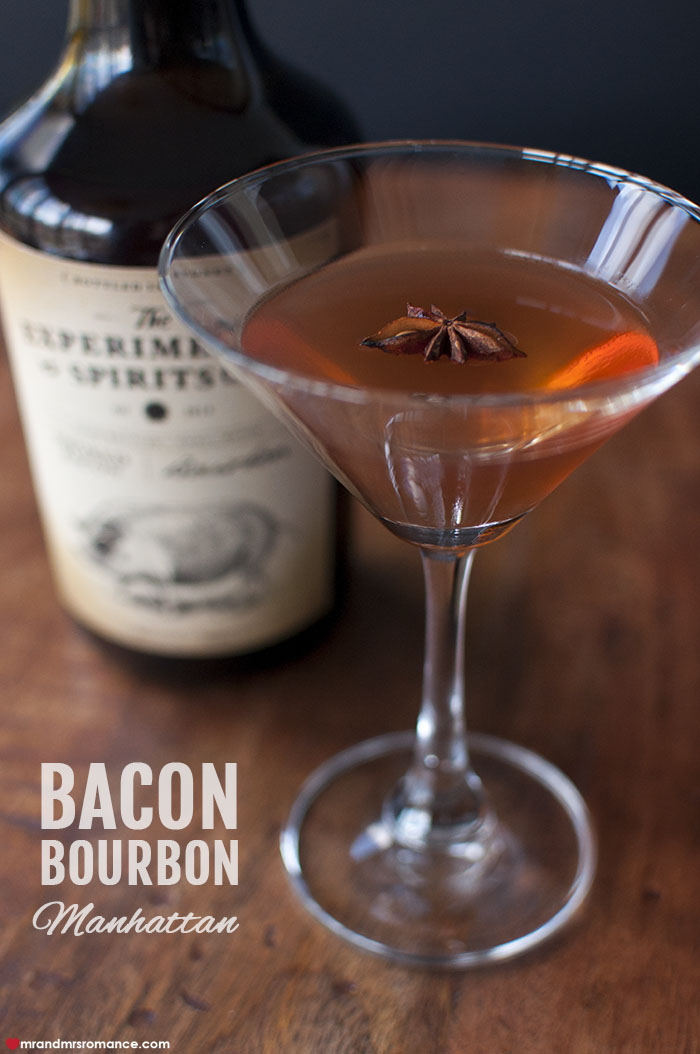 Ordinarily, I prefer to have my Manhattan cocktail made with rye whiskey than bourbon for some reason. But now I’ve found a way to do the impossible and gild the whiskey lily; it’s called bacon!

Small bar visionary, Sven Almenning – owner of Eau de Vie here in Sydney and in Melbourne, Eau de Vie Apothecary in Sydney and of the Potts Point-based Roosevelt – has crowd-sourced this little number into existence: it’s a smokey bacon bourbon!

Brilliant? No, it’s better than that. Brilliant just ain’t gonna cut it, my friend!

Through a laborious process of infusing 350g of bacon into every bottle, what comes out the other end is so smooth, and the high-quality bourbon that’s used is given a slightly savoury edge. It makes this an asset spirit in cocktails or just on its own. 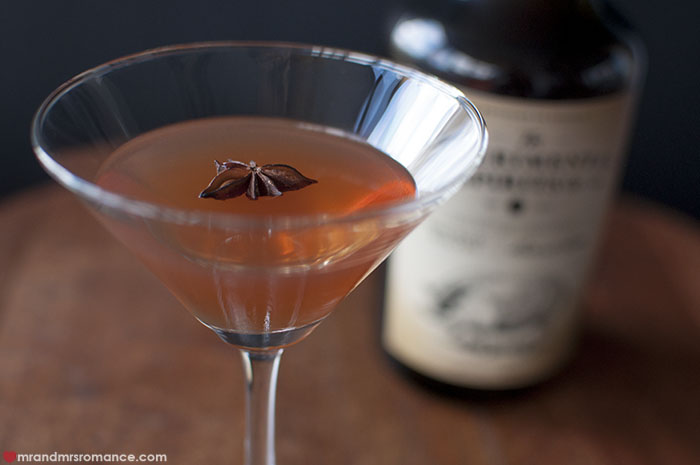 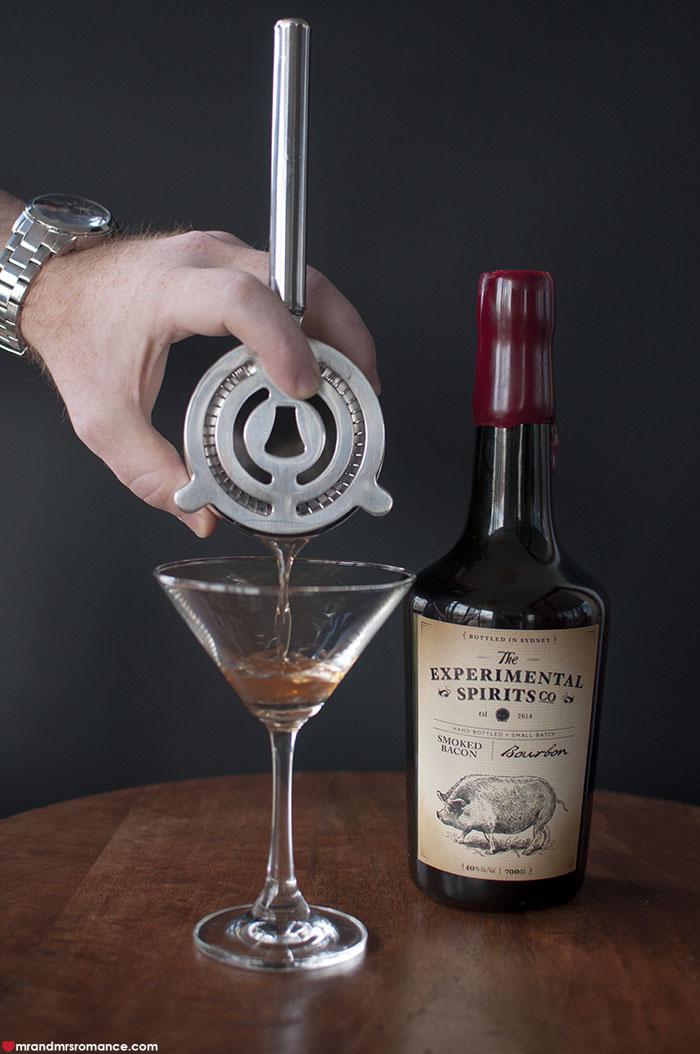 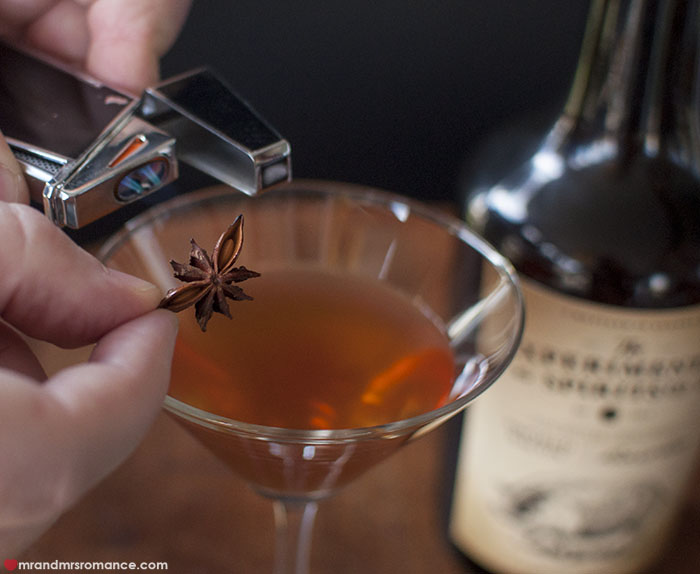 1. Pour the bourbon, vermouth and bitters into a shaker over ice
2. Stir thoroughly then strain into a cocktail glass.
3. Carefully torch a star anise seed pod and place it on the surface of the drink.

The slightly toasted smell of the star anise works well with the savoury bacon element of the bourbon, and balances out the sweet vermouth perfectly. My friend who doesn’t usually like bourbon or strong, mixerless cocktails really enjoyed this drink, which is a credit to the bourbon. 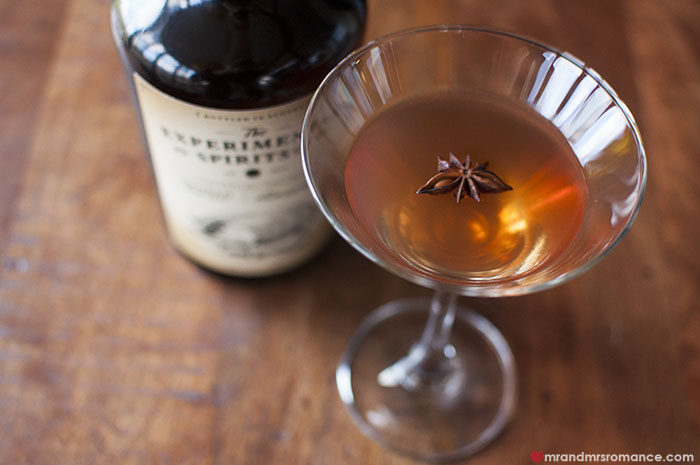 I usually have a Manhattan if I’ve had enough beer and everyone’s moving on to cocktails. It is a strong drink, so it lasts a while and looks pretty cool too. Best of all there are so few ingredients in it it’s hard to stuff up you need to use good rye or bourbon though.

This cocktail would make an excellent aperitivo drink at a dinner party… it might not appeal to everyone though, so have something like an Spritz Aperol handy too.

If you like the look of this cocktail and want more ideas, here’s the first part in our Bacon Bourbon cocktail series: the Maple Bacon Old Fashioned and Pig on the Rocks. 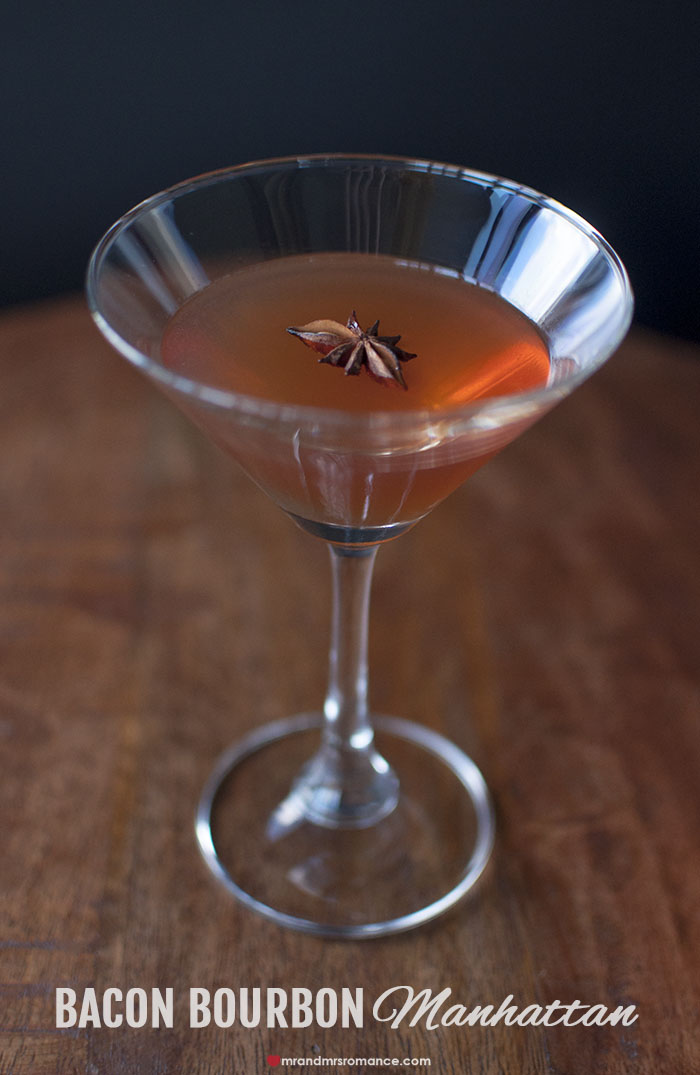 What’s your cocktail of choice on a night out? Would you serve this bacon bourbon Manhattan at a dinner party? Tell us in the comments!

The countdown timer for our mammoth trip in April seems to be speeding up! As of today we have 2 weeks and 2 full…