500 million years in the making, the Lake District in England’s northwest is famous for its natural beauty, fascinating history and quaint hamlets. Here’s how to explore the region’s most famous lake and its namesake village: Windermere. 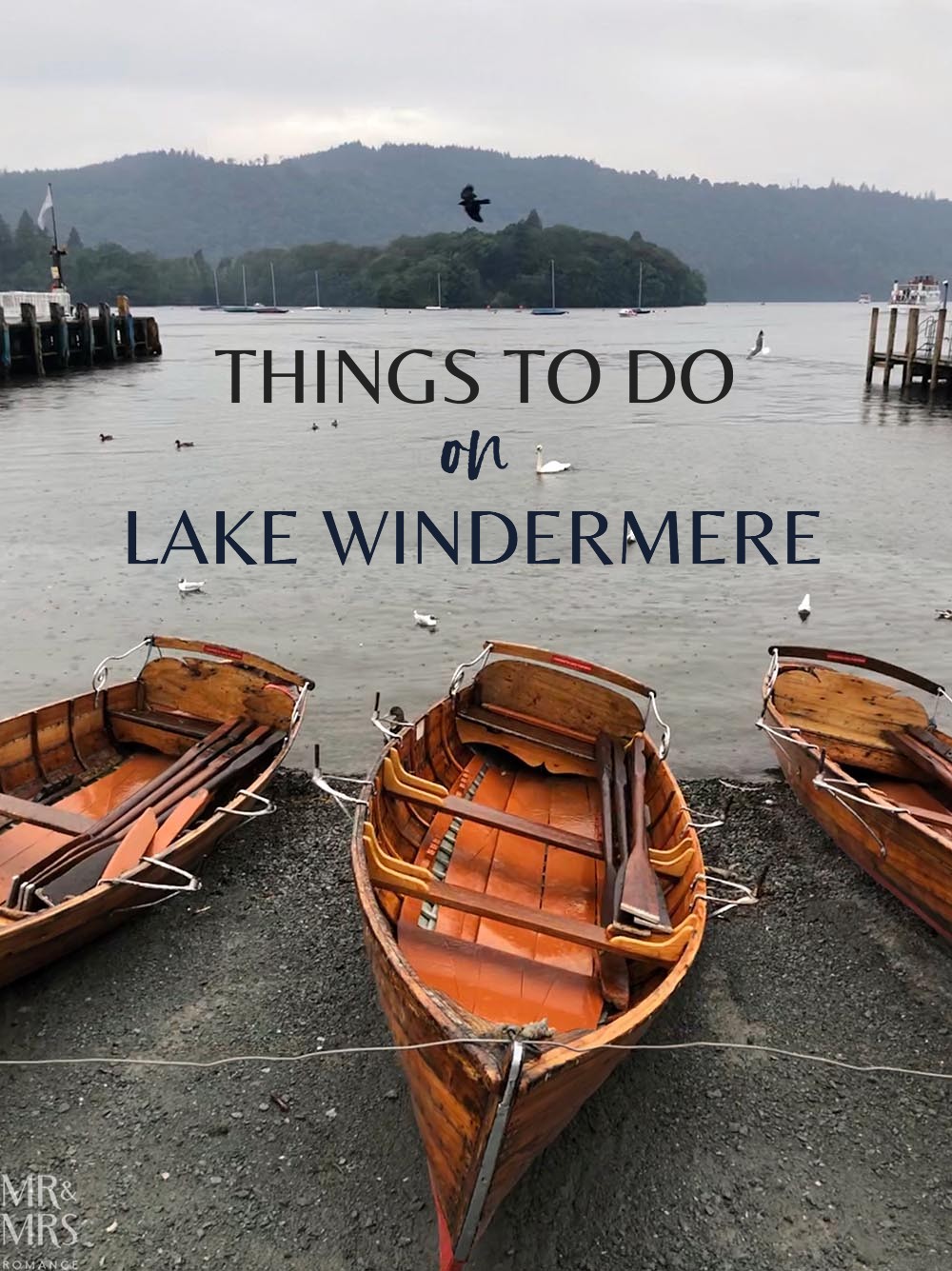 It’s also home to the country’s tallest mountain, and her deepest and longest lakes.

This area has been the residence of different peoples for at least 5,000 years. Celts, Angles, Romans and Vikings all lived here, and the latter brought many of the current names around the Lake District, including Windermere and Scafell Pike, England’s highest peak.

In modern times, the Lakes have brought us some of our most beloved household names too. William Wordsworth, Coleridge, Beatrix Potter and Arthur Ransome were all either born here or lived here, and they were all inspired and influenced by the lakes, and their mystery and romance.

How to get to Windermere and the Lake District

But if you don’t want to drive or don’t have a car, there is another option.

Trains run really regularly right into Windermere from London, Manchester, Leeds, Birmingham and a few other hubs. You can book your train tickets ahead of time here.

Then, to get around locally, there’s a rental car service called Co Wheels that lets you hire a car for as little as half an hour and as long as a day. 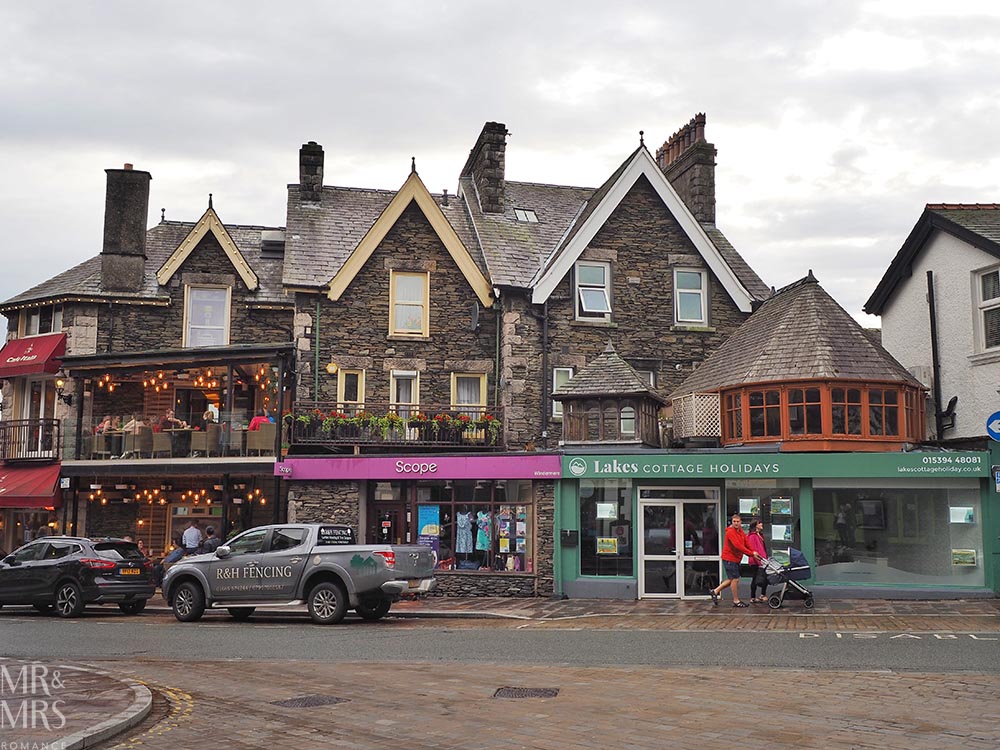 A bit like Go Get on Australia’s east coast, you need to register for an account which comes with a credit card like access card that unlocks the car you’ve booked and away you go.

The Co Wheels car at Windermere is right in the station car park.

Where to stay in Windermere

There are an enormous number of hotels, inns and B&Bs in Windermere and neighbouring Bowness, but choosing where to stay is often guided purely by availability.

For the best B&B experience though, stay at Denehurst Guesthouse in Windermere. Here’s our review of this charming old-school bed and breakfast. 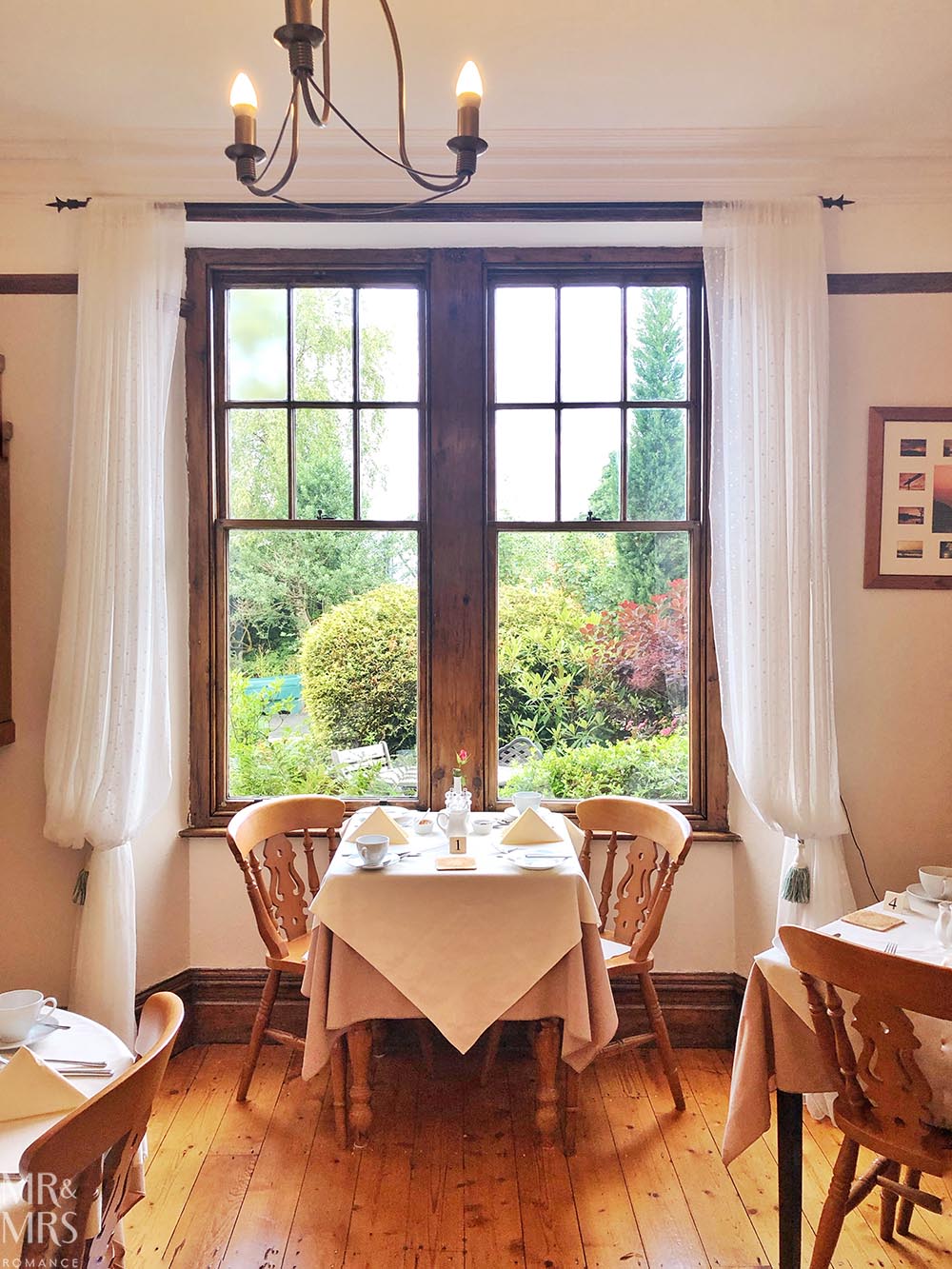 Where to eat and drink in Windermere

As you’d expect from a busy tourist spot, there are so many places around the lake to refuel.

It’s worth noting though, that after about 6.30, especially on a week night, lots of places seem to just close their kitchens in Windermere, even the pubs. 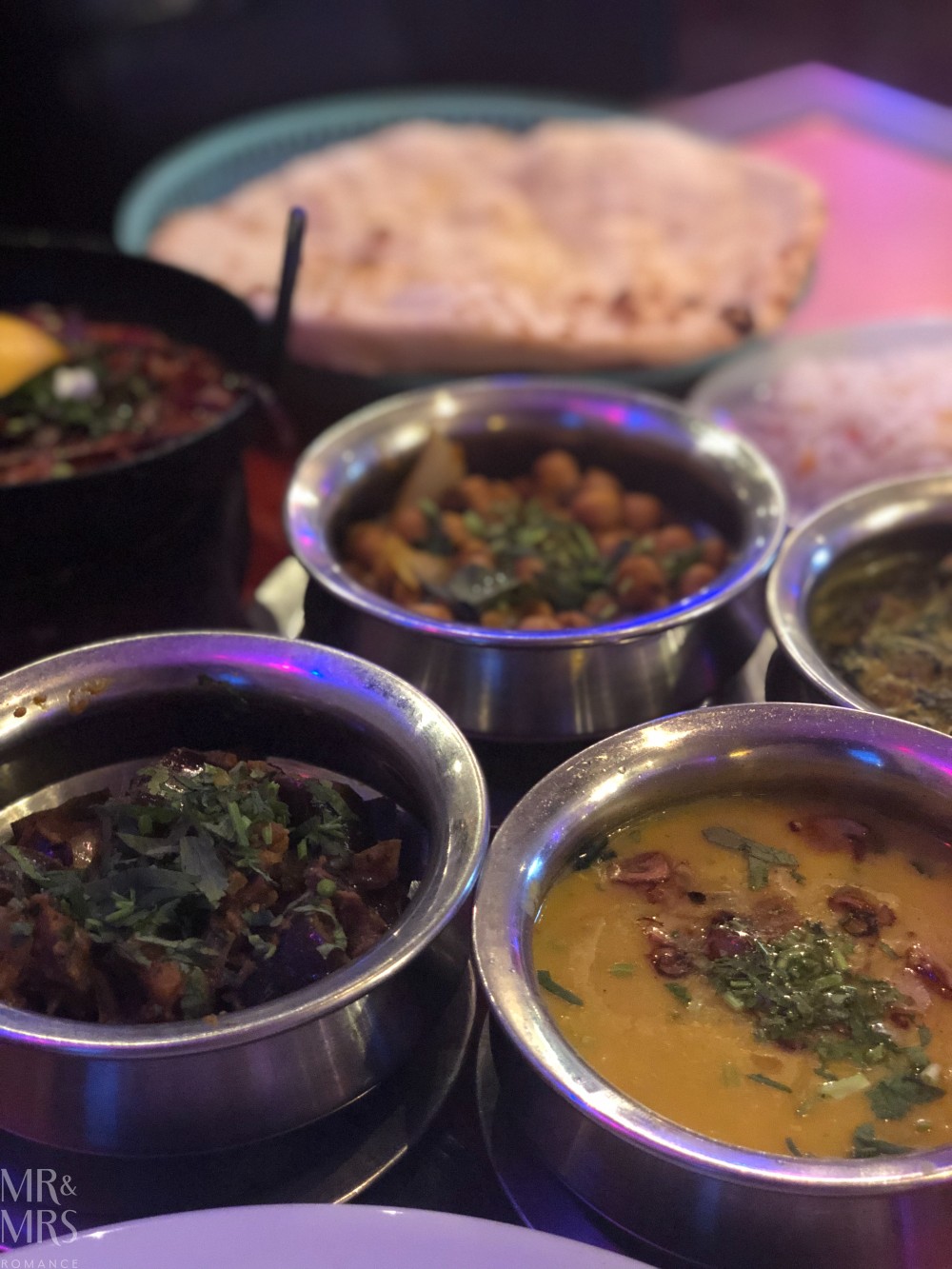 Closer to the lake (ironically, Windermere town is not particularly close to its eponymous lake) in Bowness, there are more options.

If you go anywhere, make sure you go to the Hole in t’Wall Tavern while you’re in town. The oldest pub in the area (it’s been serving beer since 1612) gets its name from a gap in the brickwork of the surrounding wall.

The gap appeared back in the day when the blacksmith next door to then named New Hall Inn wanted easier access to a beer while he was hard at work. New Hall became Hole in t’Wall (Hole in the Wall) and the name stuck. 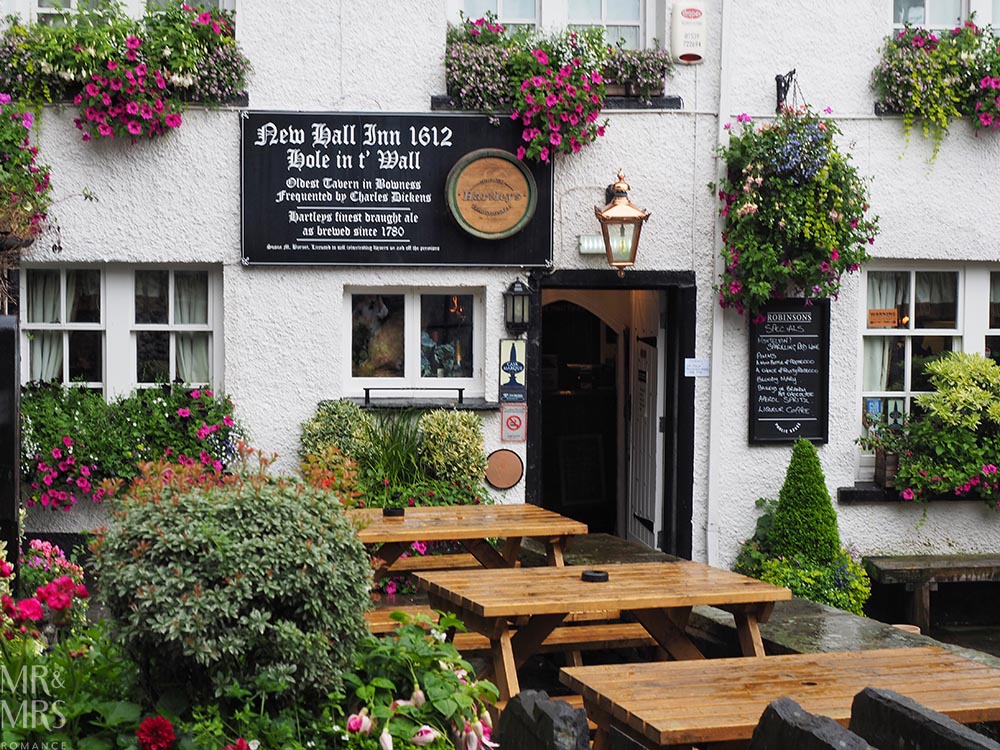 The Hole in t’Wall is as packed with character as its name suggests. The food is excellent, the beer’s even better and the service is so warm and friendly you’ll never want to leave.

Things to do in Windermere

Of course, there’s a whole host of hiking to be enjoyed around the lake and its neighbours (there are 16 lakes in total here). In fact, the Lake District is England’s largest national park with an area of 2,362km2, so you’ve got a lot of ground to explore.

But just within Windermere town, Bowness-on-Windermere and this section of Windermere (the lake), here are some ideas.

It might seem obvious, but walking the shoreline of England’s biggest lake is a lovely way to enjoy the view.

From Bowness Bay where the steamers, daytrip boats and other tourist vessels leave, you can walk south to Cockshott Point then further down to public ferry wharf.

If you have time, you can even take the 20-minute ferry ride across to Far Sawrey on the western shore for as little as £1 per pedestrian passenger. 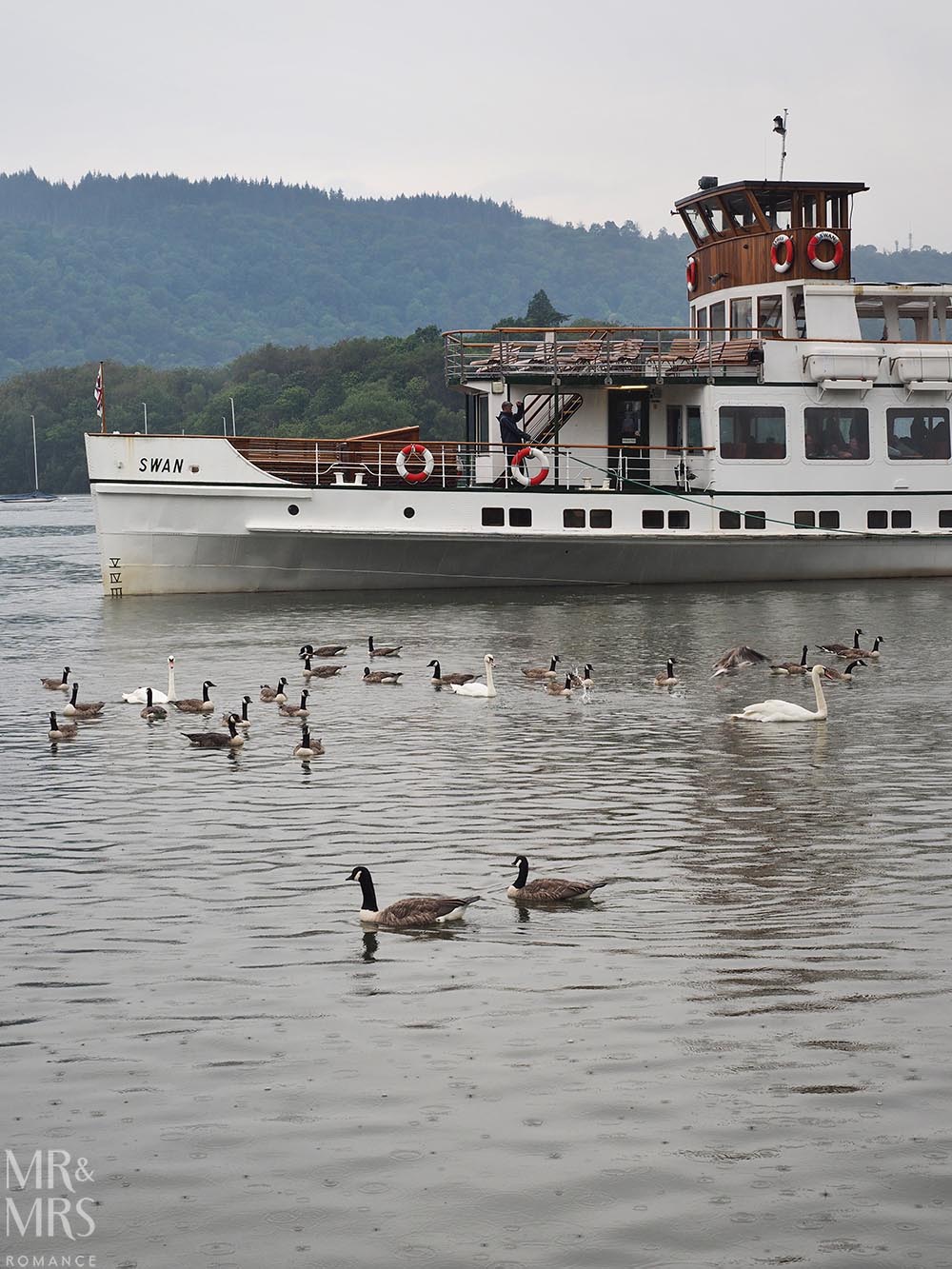 Take a boat trip on the lake

Of course, a boat ride on Windermere is a must. There are amazing private sailing experiences you can go for like this or you can take a cruise around the lake.

There are lots of options for cruises on bigger ships on the lake—Windermere Lake Cruises seems to have the best range though. 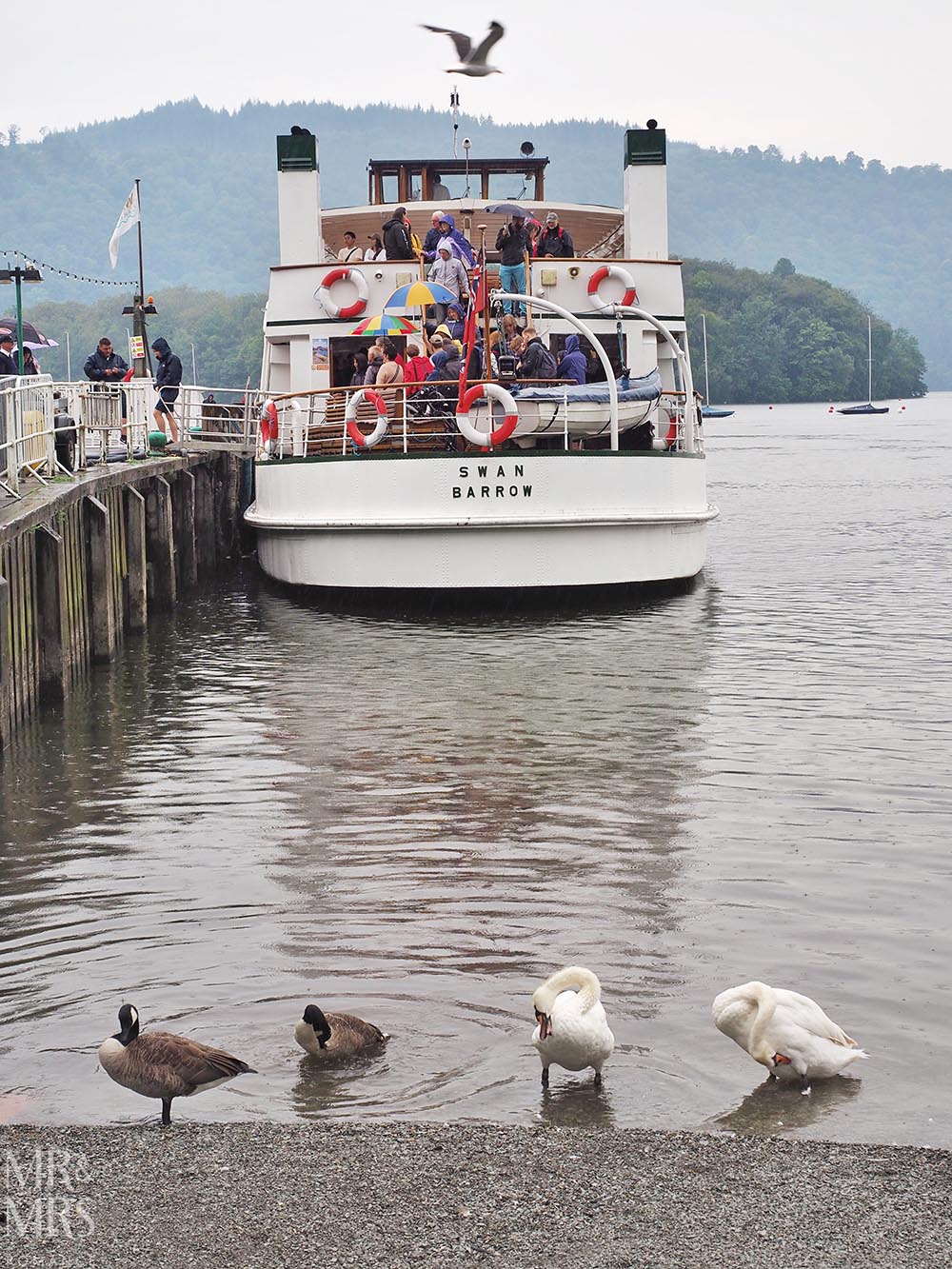 Taking so much inspiration from her home in the Lakes, author Beatrix Potter is synonymous with the region.

If you’re a fan of Peter Rabbit, Squirrel Nutkin, Jemima Puddleduck and kin, there are two attractions in Windermere and Bowness that are made for you.

In Bowness, the World of Beatrix Potter brings her characters to life and tells their tales through video, animatronics and displays. Buy your tickets at the door. 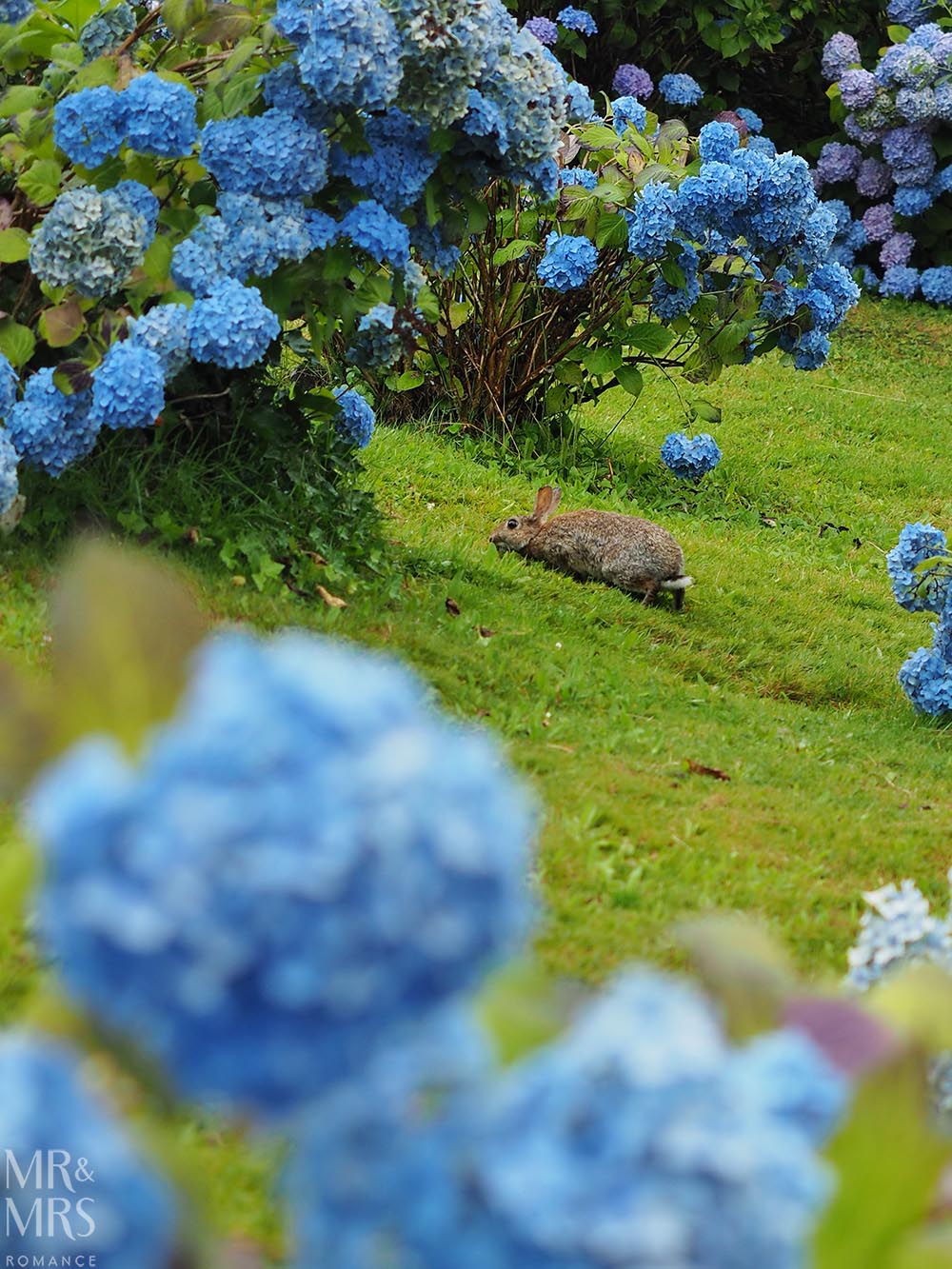 The other Beatrix Potter experience is to visit her actual house Hill Top. This National Trust exhibit allows you to step inside the life of one of Britain’s most loved authors and illustrators.

Buy your tickets to Hill Top House via the National Trust here.

Alternatively, there are packages like this one that not only include Hill Tops House, but also a cruise on the lake, a visit Wordsworth’s village of Hawkshead and other Lake District hotspots.

Book your tickets for this experience here.

Visit The Ro Hotel—at least for the view

The Ro Hotel—formerly the Hydro Hotel—is an easy walk from Bowness town centre and has impressive views out over the lake from its beautiful gardens.

This magnificent white mansion was renovated and reopened in 2021, and reminds us of the Hydro Majestic in the Blue Mountains west of Sydney, and not just because of the name. 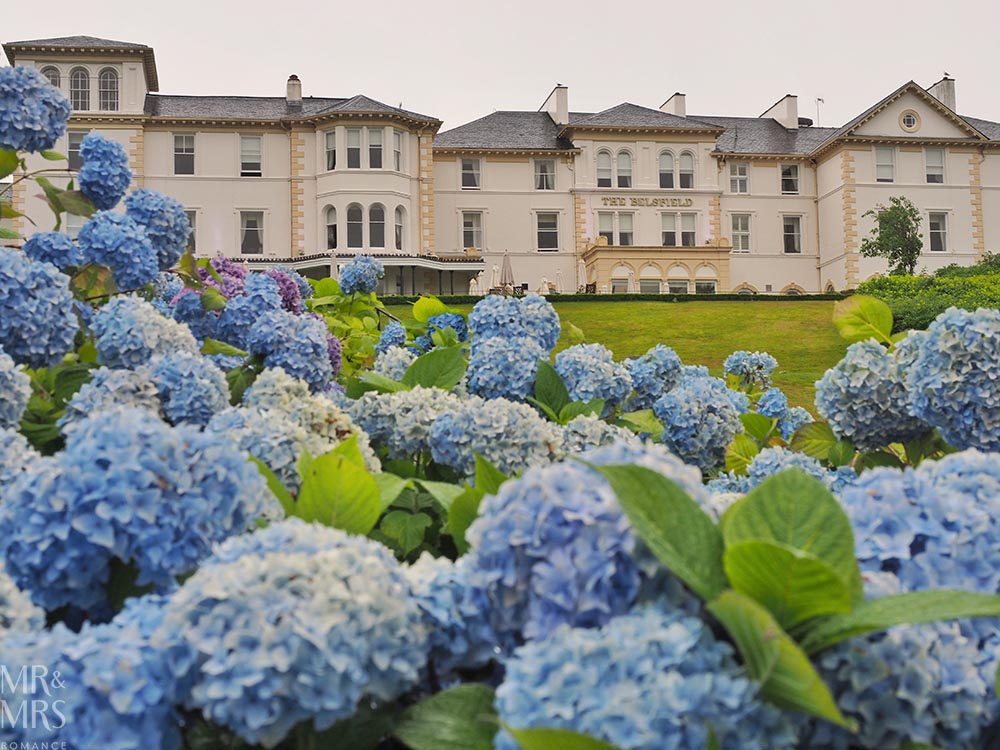 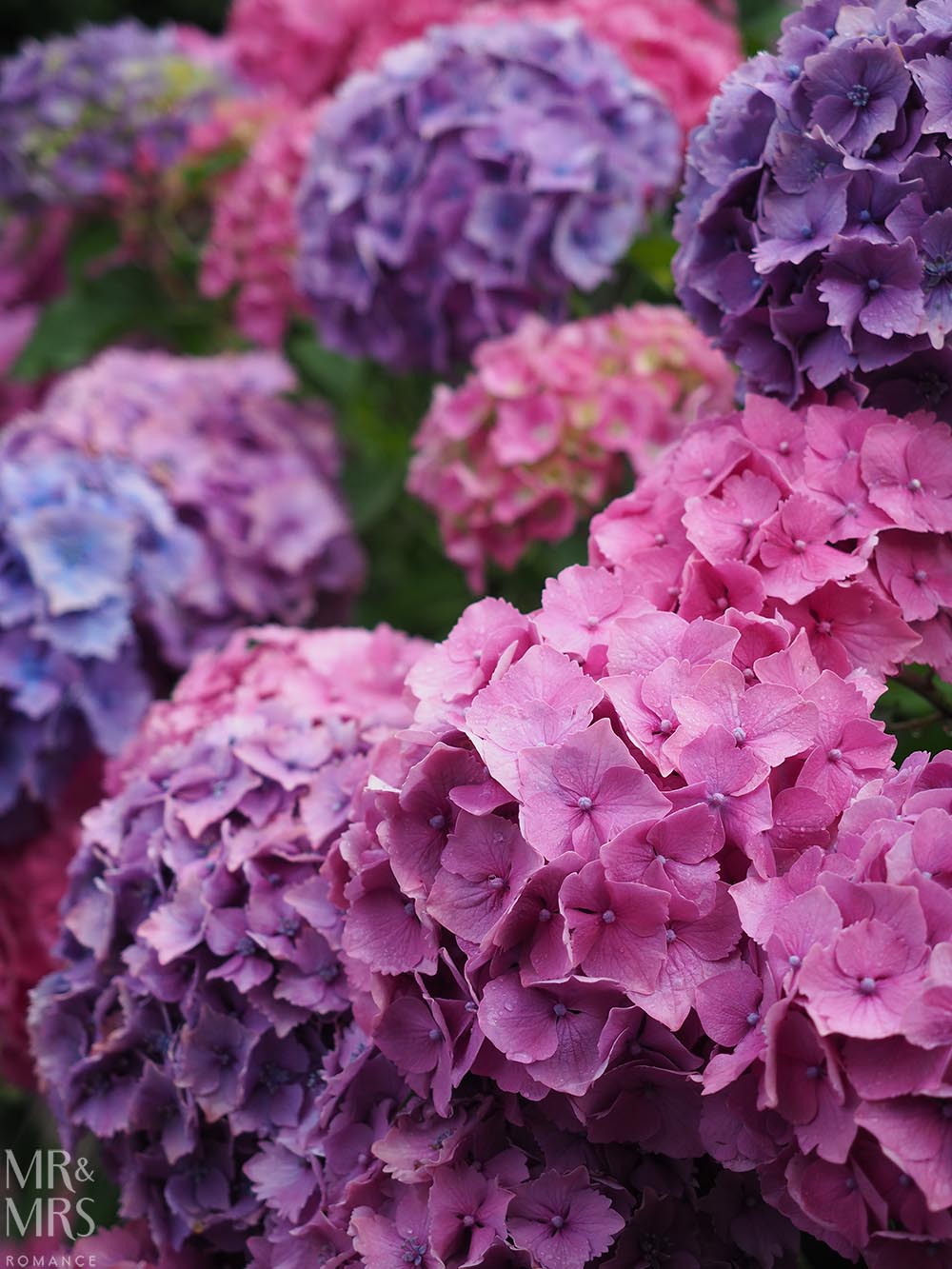 This hotel was once a spa just like the one in Australia. It also has stunning views and you can even come in and dine here if you’re not a guest of the hotel.

I know I’ve pushed the Hole in t’Wall pub already, but you seriously need to experience this little gem of an inn. Low ceilings are slung with tankards and walls adorned with all kinds of paraphernalia. From old photos and giant magnums of Champagne (sadly empty) to taxidermy and china plates. 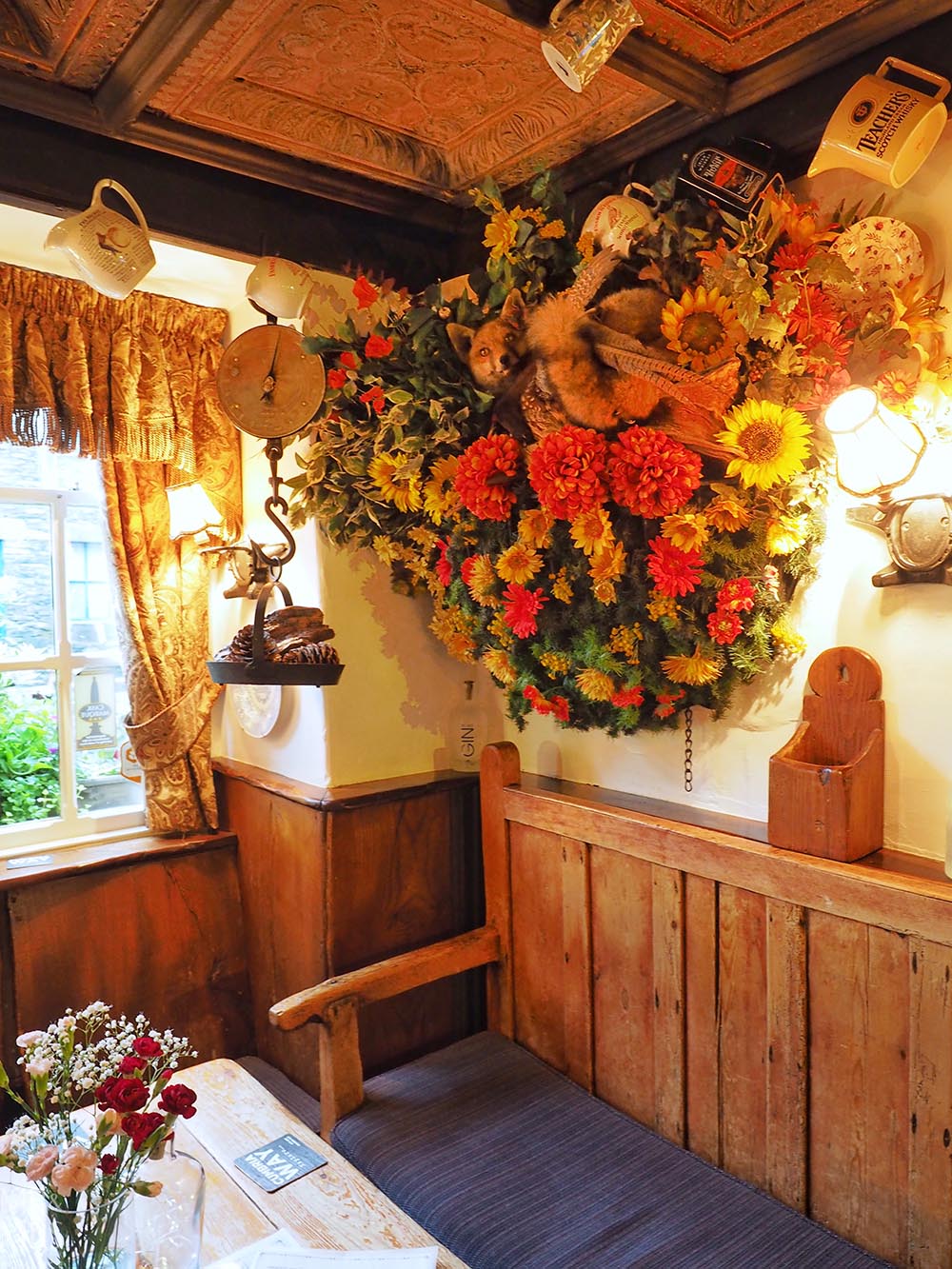 This is the kind of thing you should expect in the Hole in t’Wall. Can you see the fox? 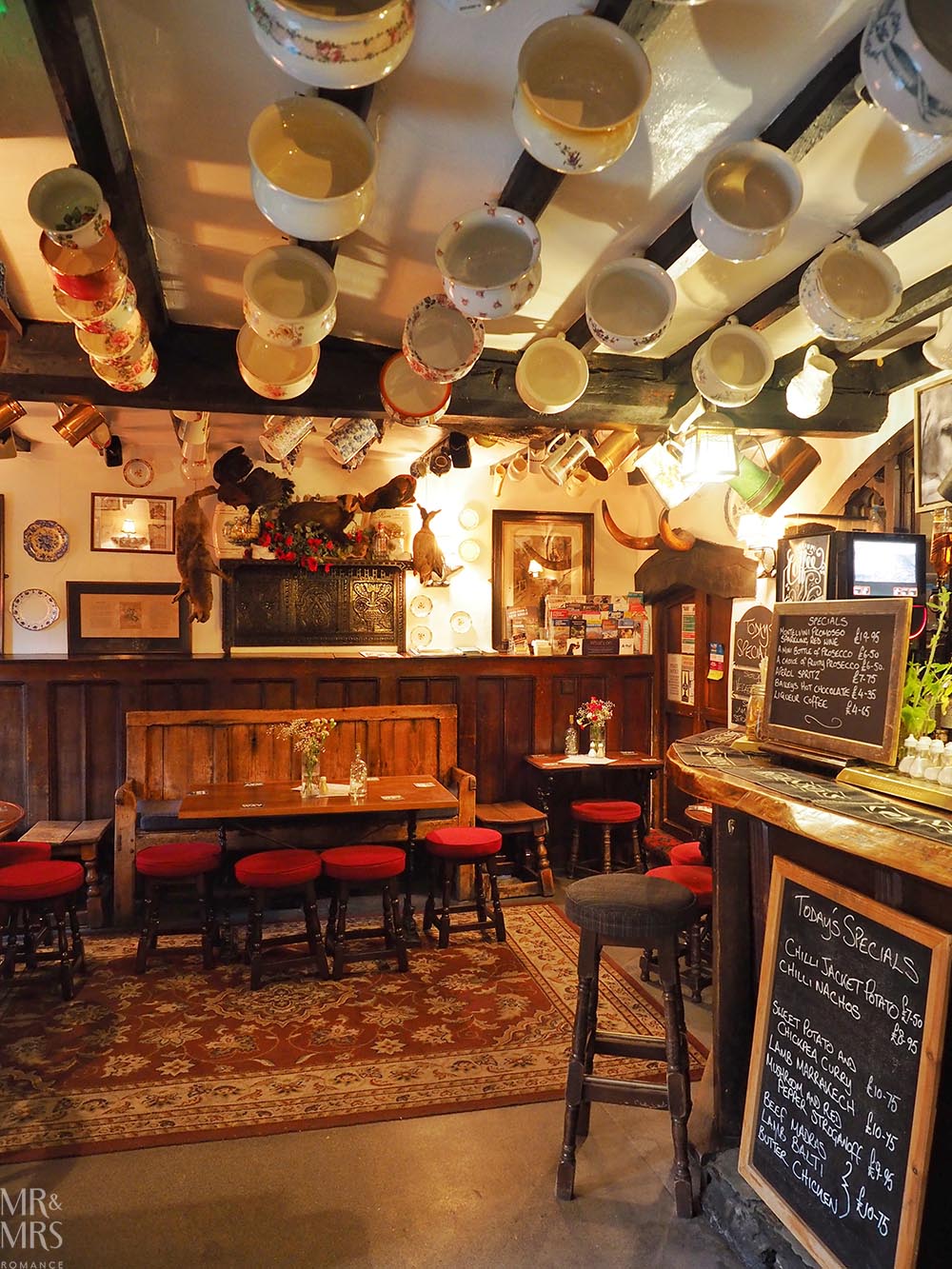 There are a number of other pubs worth a visit too though. The Royal Oak, The Craft Baa, Churchill’s Tavern, The Angel Inn are all great. 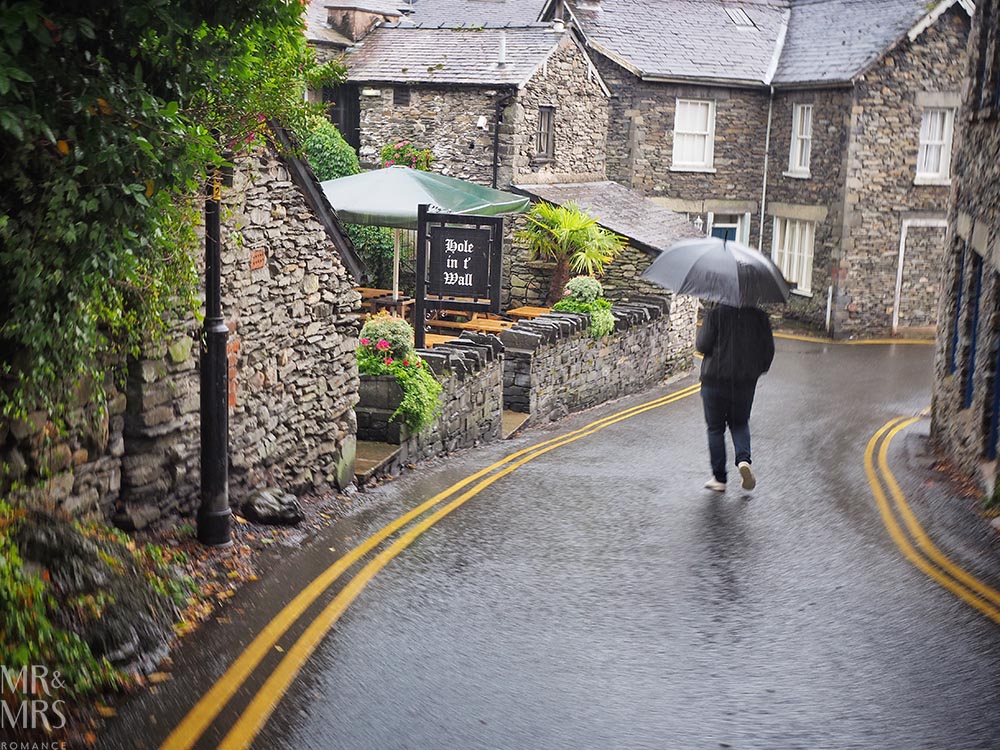 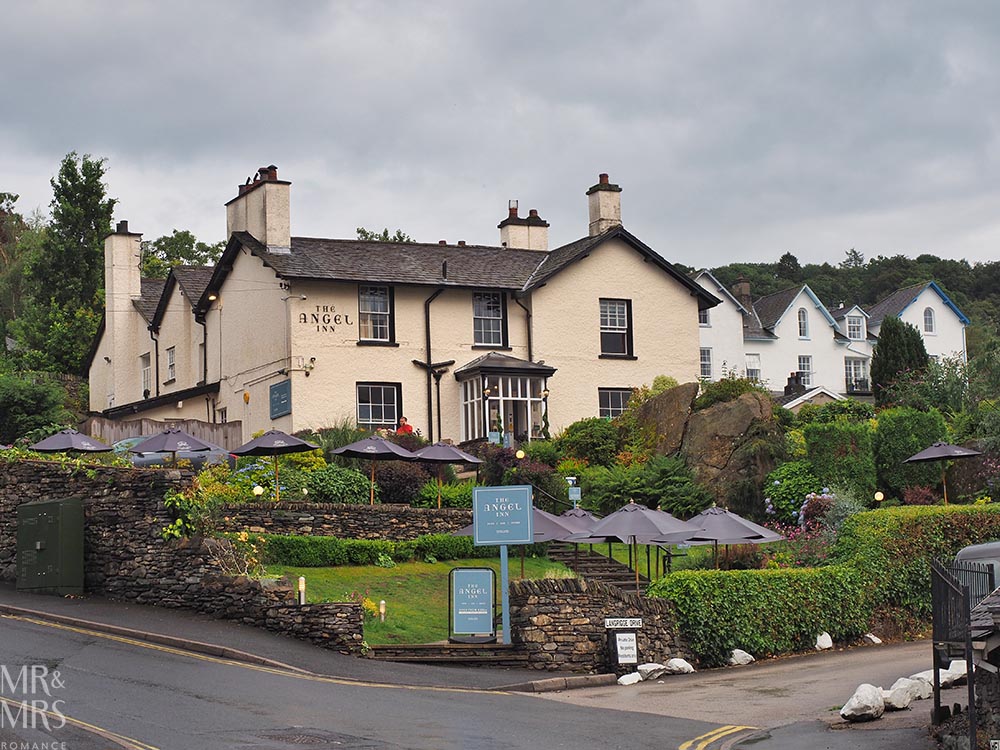 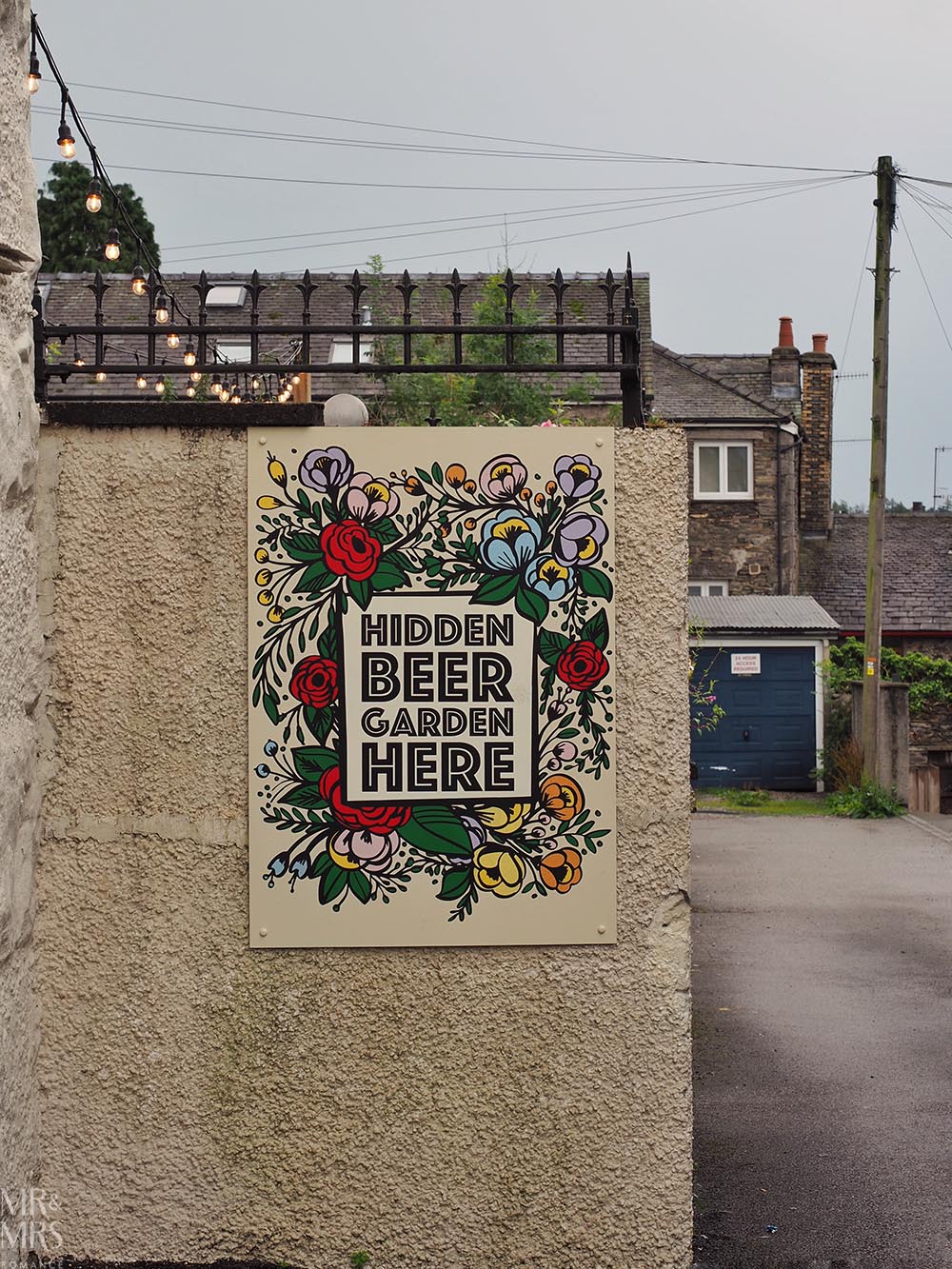 But avoid the Flying Pig Pub in Bowness and the Brookside Inn in Windermere. They’re both a bit weird (imho!).

If you’re into kitchen gadgets and homeware stuff, you’ve got to check out Lakeland just next to Windermere Station.

There are Lakeland stores all over the country, but this is the OG, hence the name. And it’s massive. It’s a good job it was closed when we went to have a look. I don’t think my luggage allowance could’ve coped! 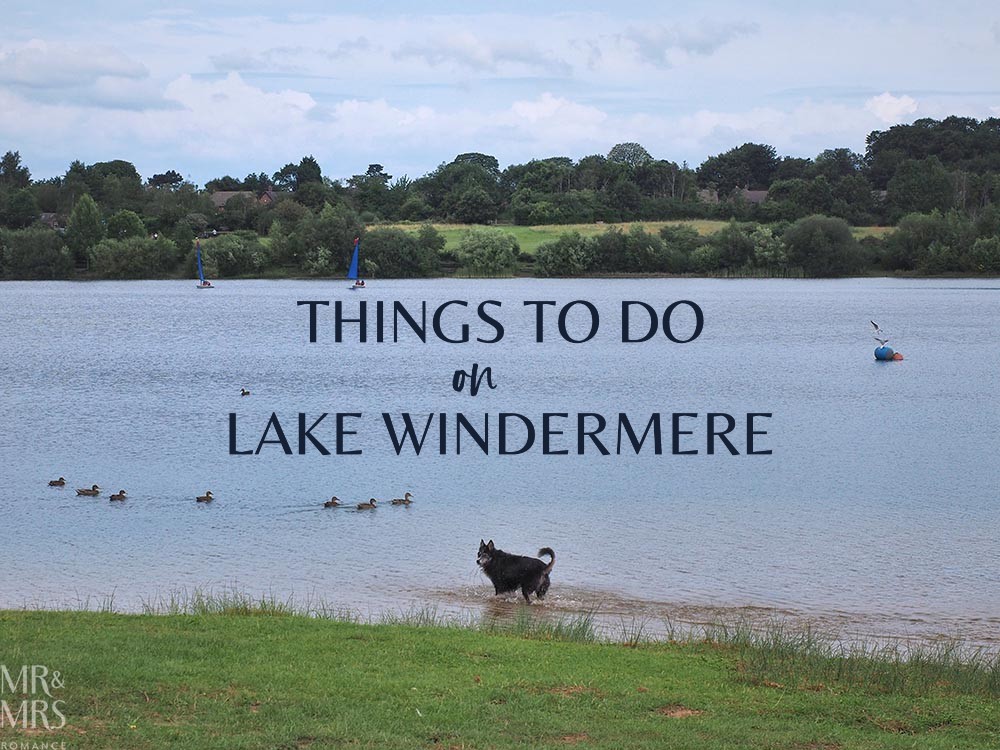 In spite of its size and relative obscurity on the tourism world stage, Bruges in Belgium is packed with bars, pubs and breweries. It’s…