; High tea at the Hydro Majestic, the Blue Mountains, NSWMr and Mrs Romance

Isn’t the idea of having high tea lovely? A tower of plates, each one full of tiny delectables, a choice of tea, perhaps a sneaky glass of sparkling… see: lovely. But at the Hydro Majestic in the Blue Mountains, NSW, they take this quaint little meal very seriously. Here it’s an experience. 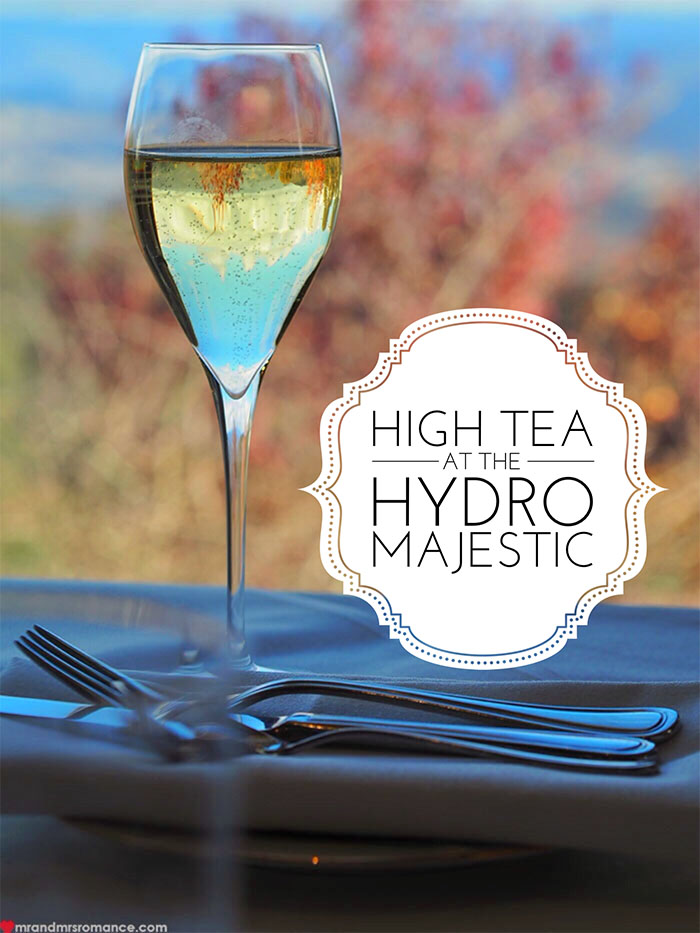 Coming late to the high tea game, I was excited about my visit to the Hydro Majestic and for my first ever high tea.

I knew I was in for a treat even before I sat down. We all did.

Certainly, the breathtaking panorama from the floor-to-ceiling windows in the Wintergarden dining room has an impact, but it’s not just that. The whole place just oozes significance. 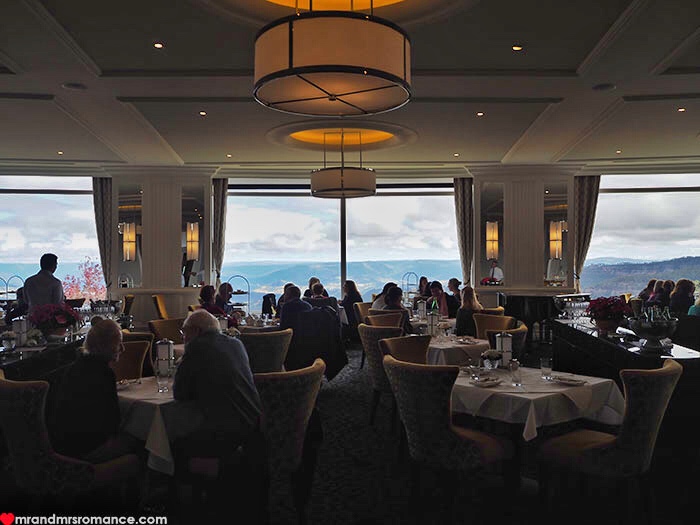 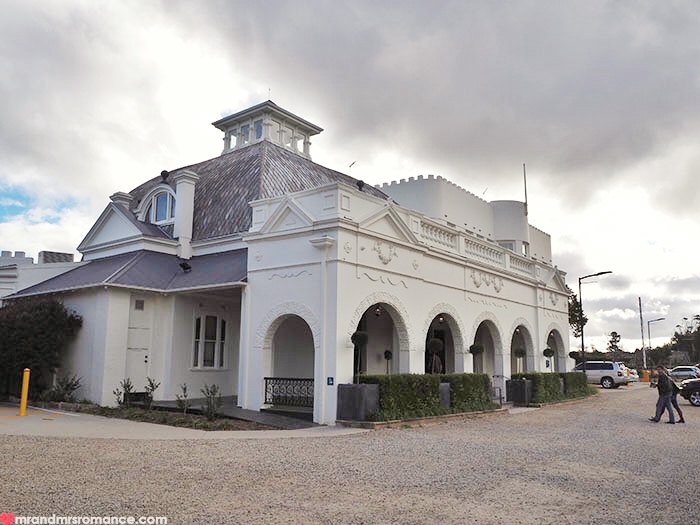 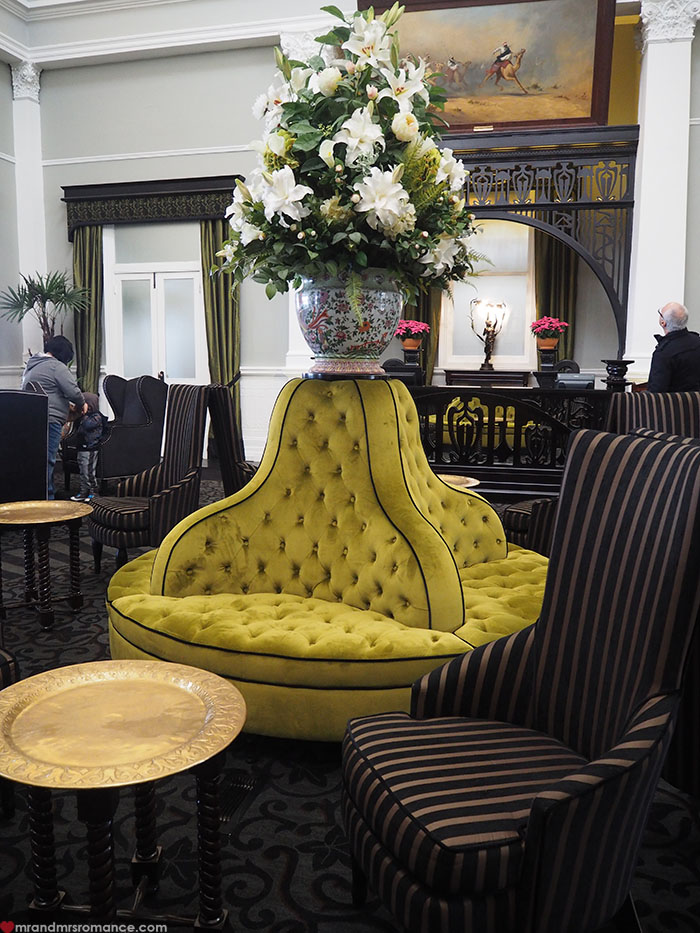 From the crenelated walls and the beautiful domed roof, which was constructed in Chicago in the early 1900s then shipped here to the lavish furniture and huge works of art in the reception hall, the Hydro Majestic is a place of beauty.

Recently renovated after being near-derelict for so long, the new look of the Hydro Majestic is ironically a trip back in time.

The white walls, the art deco dining chairs, the fixtures – even the grand piano in the middle of the room – tells of a time gone by. Of the colonial elegance the Hydro Majestic deserves. 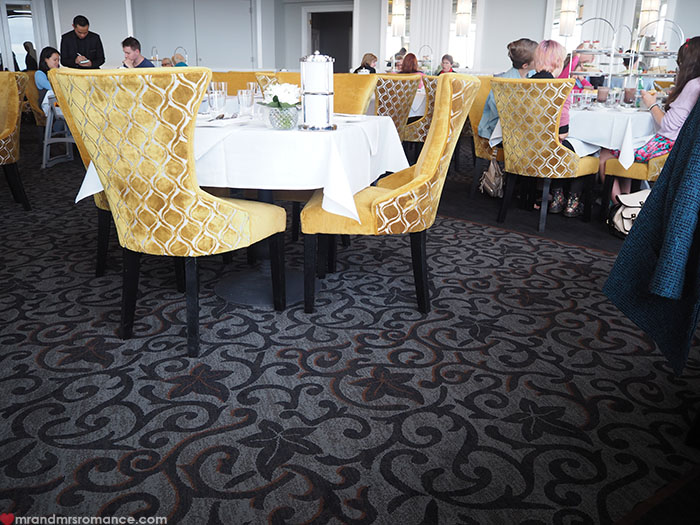 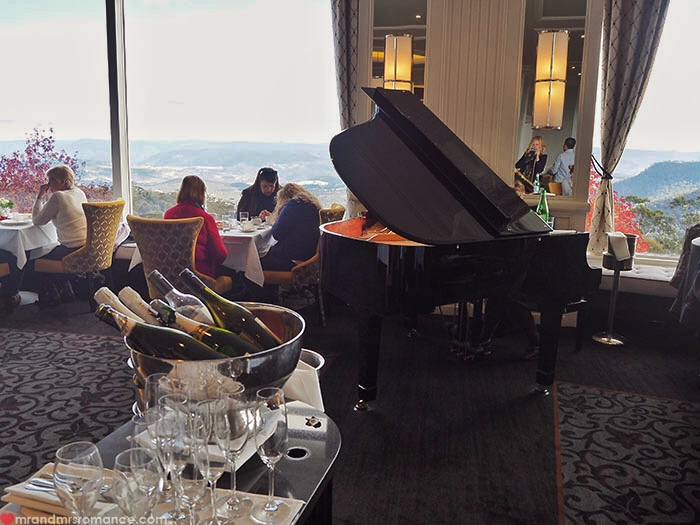 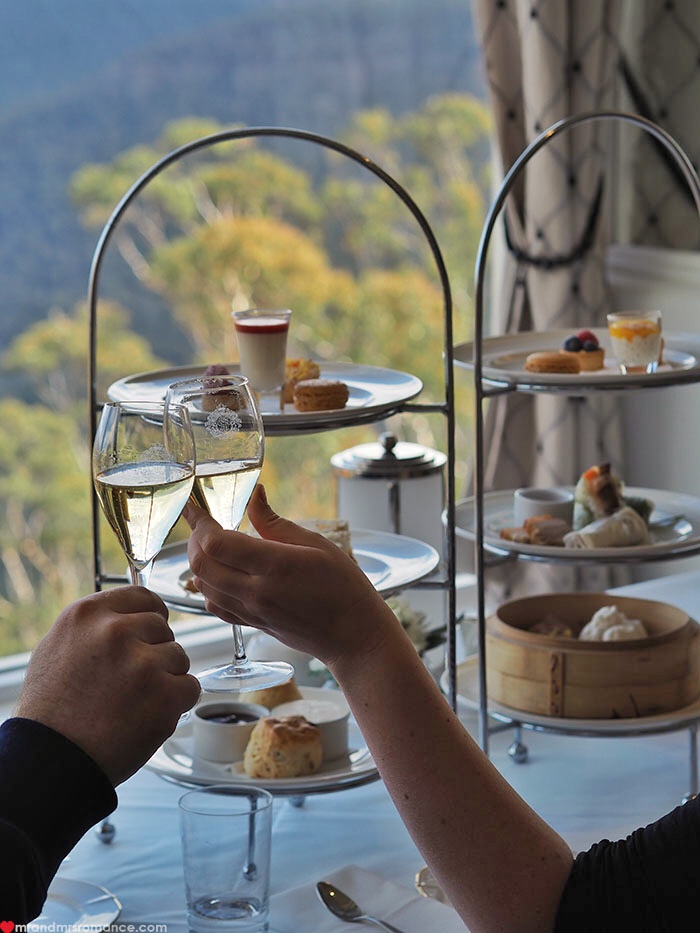 The Hydro Majestic has three options for high tea. The traditional Wintergarden High Tea, the Eastern High Tea full of Asian influence, and the Gluten Free High Tea, which rhymes.

As it was my first time, I thought I should go for the Wintergarden High Tea. Our travelling companion Carly (aka Smaggle) had the Eastern High Tea, while her partner Ben and Mrs Romance sensibly chose the gluten free option.

While we talked and took in the spectacular vista, we sipped on chilled Pol Roger champagne and enjoyed the musical skills of the pianist seated at the grand piano. I didn’t think it could get much better. 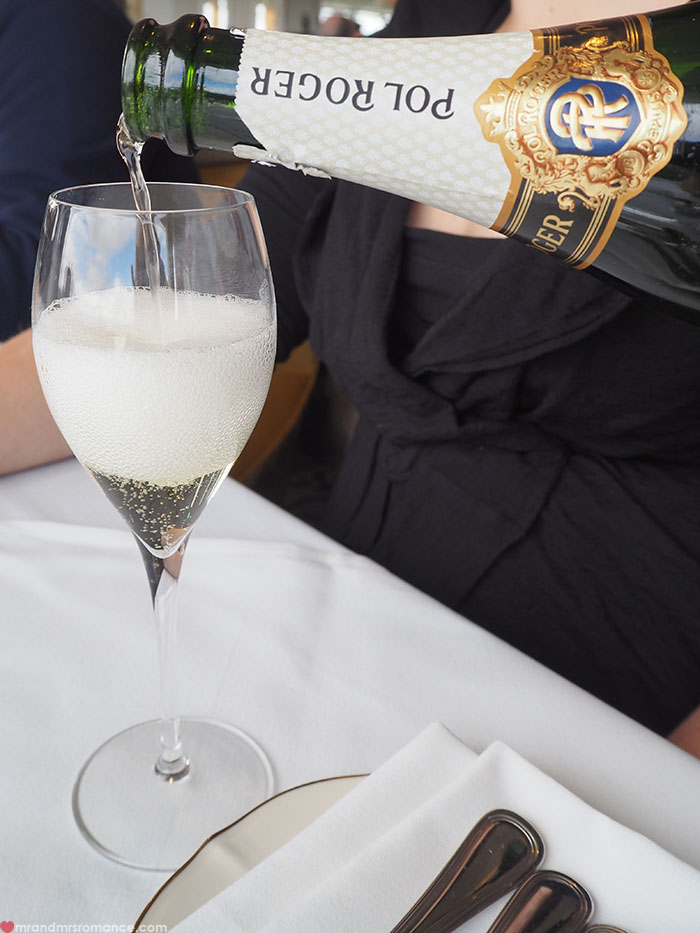 But then the food arrived. I got quite excited: three levels of plates and all for me. No sharing required!

The menu somewhat undersells itself in true English style: “a selection of finger sandwiches, petite pastries, homemade scones, clotted cream and homemade jam with your choice of tea or coffee.”

My dainty crustless sandwiches were filled with paper-thin sliced roast beef, rocket and cottage cheese, perfectly seasoned coronation chicken and delicious egg mayonnaise. I quite enjoyed the blini with smoked salmon and caviar as well.

There was a little puff pastry scroll thing there too, which didn’t make any sense, but I ate it anyway.

Next, my crumbly, wholesome scones with smooth clotted cream and sticky strawberry jam took me back to my childhood holidays in Cornwall.

Finally the sweet level showed off the kitchen’s skills with a perfectly set vanilla panna cotta topped with a jam coulis all in a shot glass. Then a delicate short crust pastry cup filled with mascarpone topped with raspberries and blueberries.

There was also a sugary cupcake topped with chocolate shavings and a coffee flavoured macaron that was chewy and delicious. 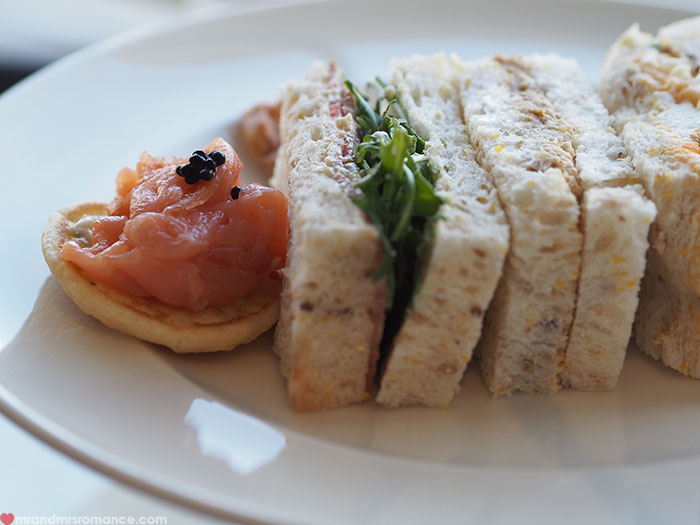 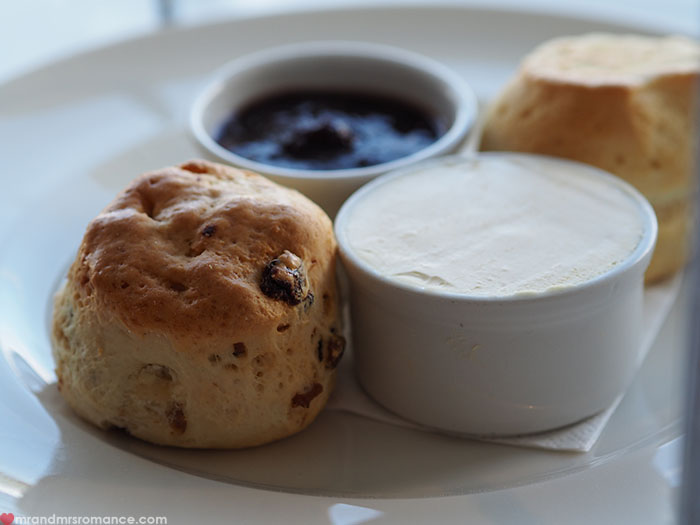 I was too busy eating to pay much attention to what the others had, but they all seemed very happy.

Carly’s Eastern High Tea was served to her in a similarly 3-level high plate stand but with a selection of steamed dumplings, barbecue duck pancake, a vermicelli ricepaper roll, twice-cooked pork belly and a selection of eastern and western petit four desserts. 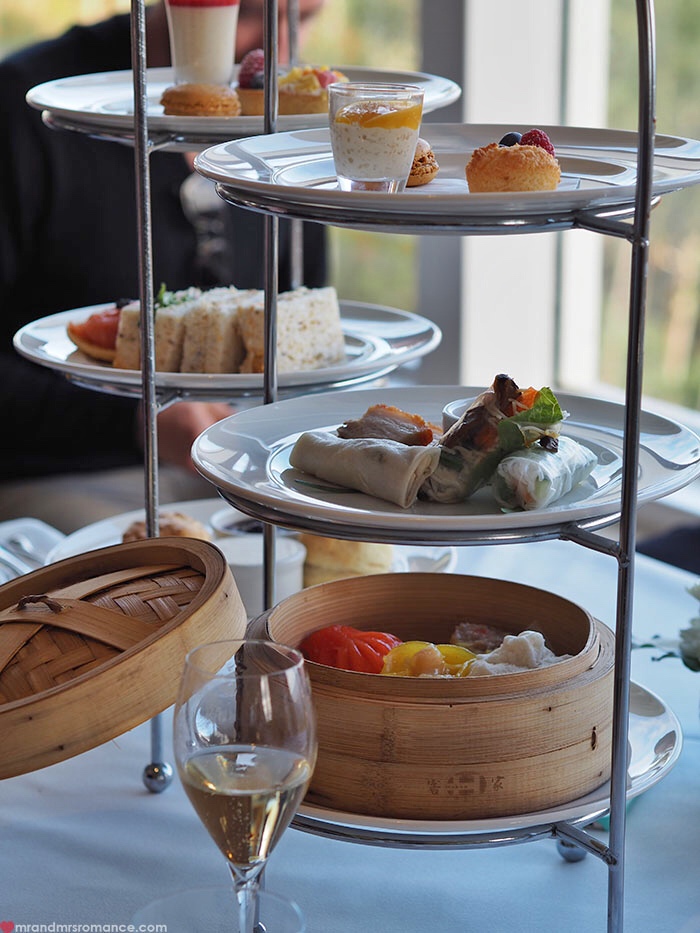 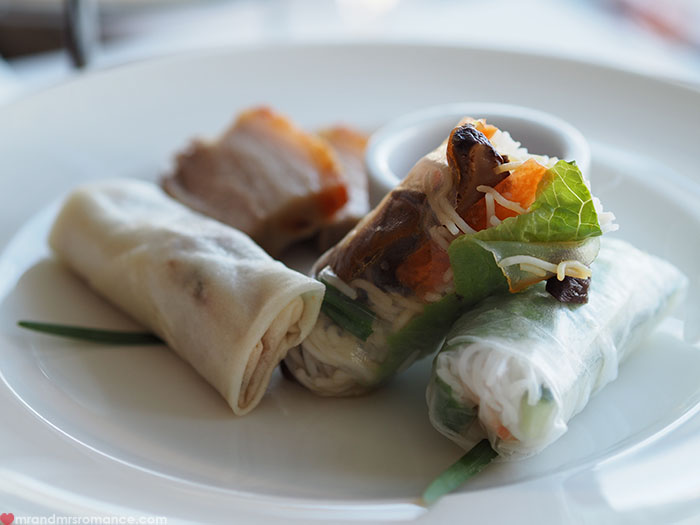 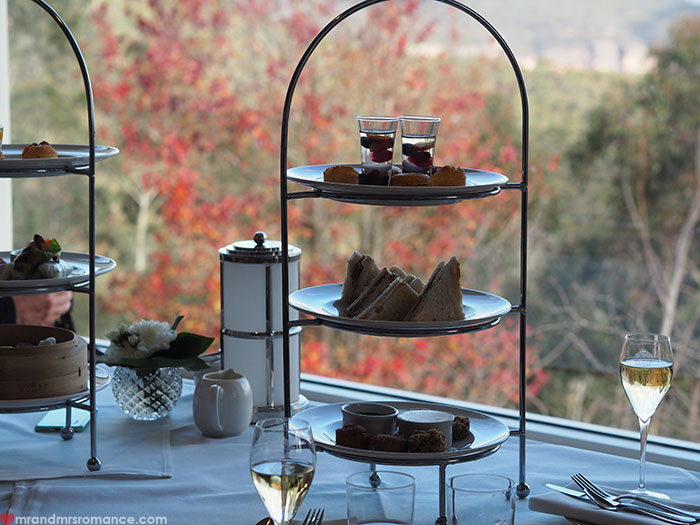 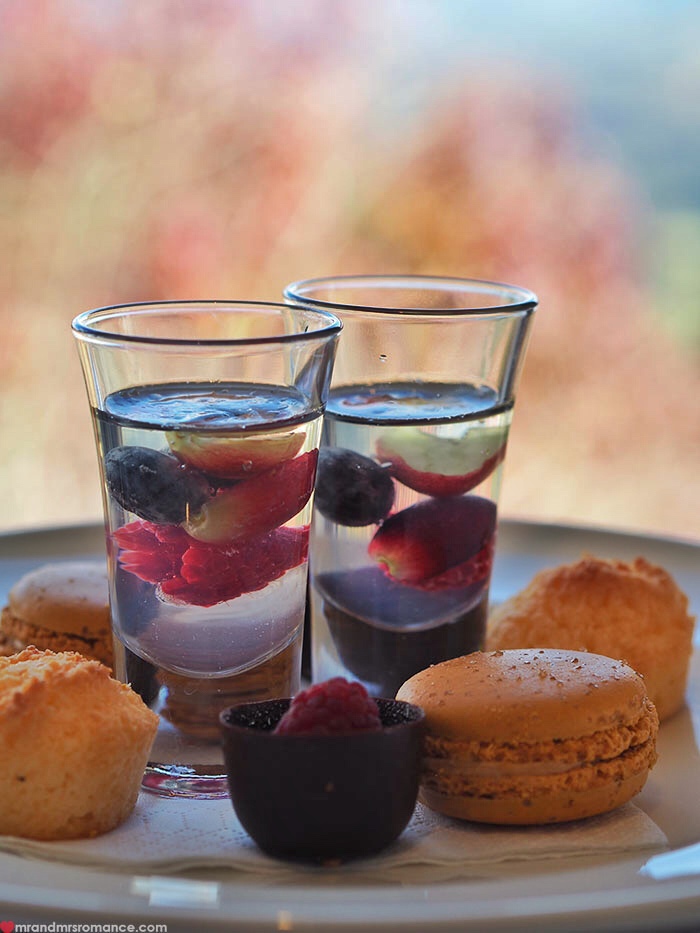 Ben and Mrs Romance had to share space on their Gluten Free High Tea, but thankfully they’re not as easily upset as me.

They enjoyed gluten free sandwiches, petit pastries and their own cream tea. It was the first time either of them had been able to eat a scone in a long time, so the efforts of the kitchen to produce gluten free baked goods did not go unappreciated.

After having eaten a surprisingly large amount of food, we sat back and enjoyed the view afforded by Hydro Majestic’s incredible location. 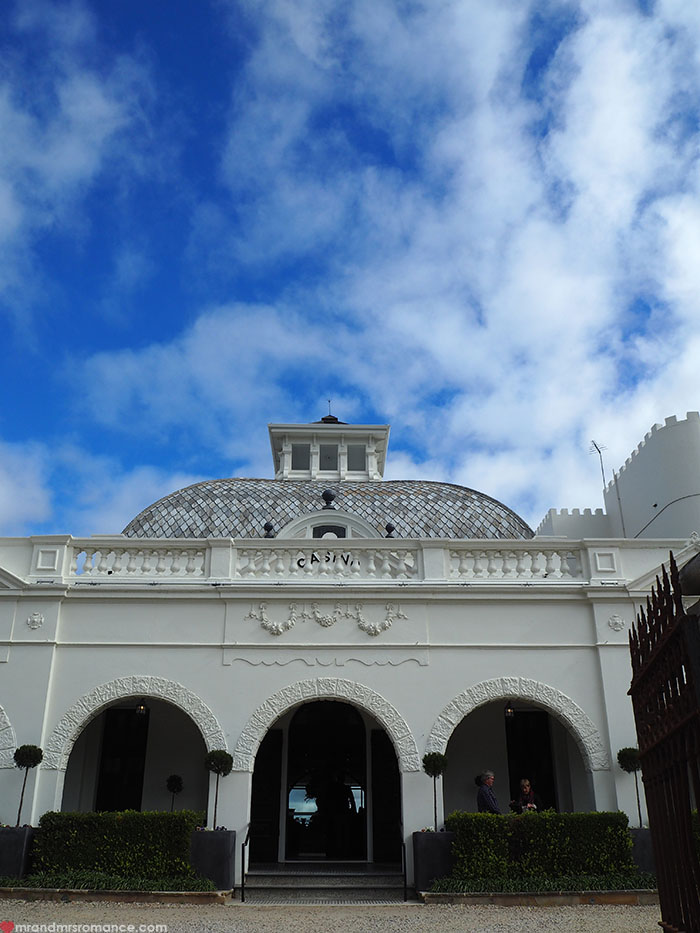 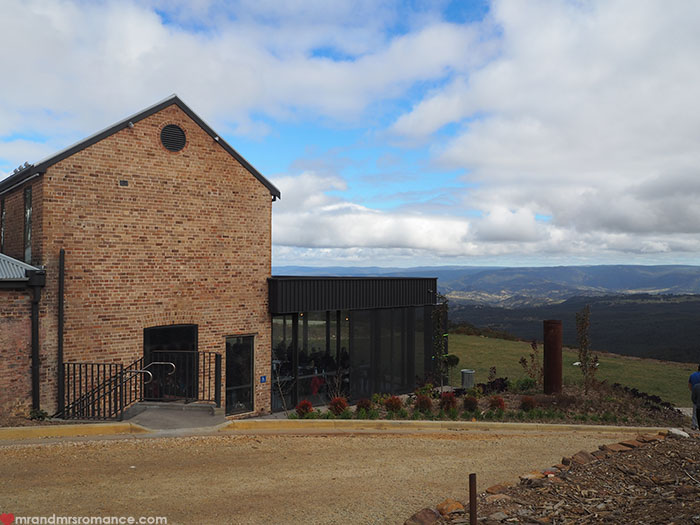 It truly is a remarkable place, and I think it deserves a quick note on its history too:

The Hydro Majestic through the ages

1891 – construction of the then-named Belgravia Hotel and health retreat is completed.

1903 – Mr Foy successfully applies to have the name of the township changed “Medlow Bath”.

1903 – Thanks to the new German-made steam-driven generator, the resort and township has working electricity four days before the city of Sydney.

1904 – The Hydropathic Establishment hires Dr George Baur from a health spa in Lake Lucerne, Switzerland to devise and supervise a program of diets and weird and wonderful treatments.

July 4th, 1904 – The Hydro Majestic opens to a group of VIPs during a snowstorm.

The Hydro Majestic attracts guests from around Australia and the world such as Sherlock Holmes’ creator Sir Arthur Conan Doyle, Julius Blau of 4711 perfume fame, and the Rajah of Pudukkutai with his Australian-born wife, the former Molly Fink.

1922 – Fire destroys the Belgravia building and gallery. But Mr Foy starts work on the New Belgravia, which was to take fourteen years to complete. 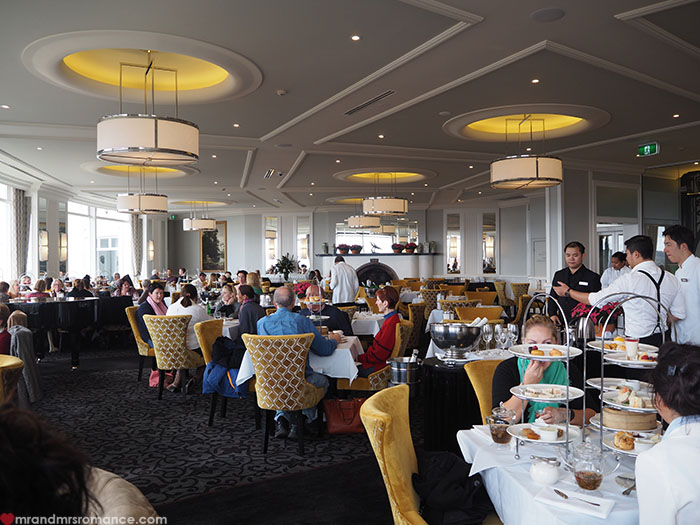 1942 – the Hydro is taken over by the U.S. Defence Department and turned into a hospital for American casualties from the battles of the Coral Sea and South Pacific.

1946 – a new building is opened with bedrooms on the upper floors and a large lounge downstairs complete with a huge fireplace.

1950 – Mark Foy dies aged 86. His family, politicians, sportsmen and other dignitaries attended his funeral. His many significant contributions to Australian life spanned the areas of medicine and sport to retailing and tourism. Certainly he was a true pioneer of the Australian hospitality industry.

After several renovations and developments from 1993-2014 with more plans still to be completed. 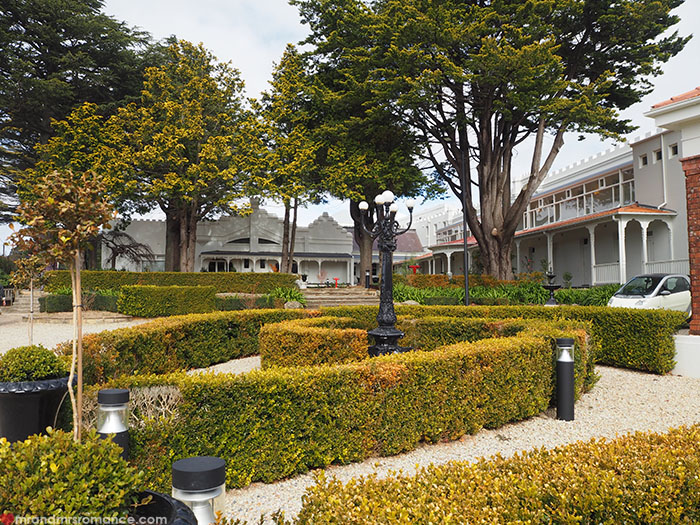 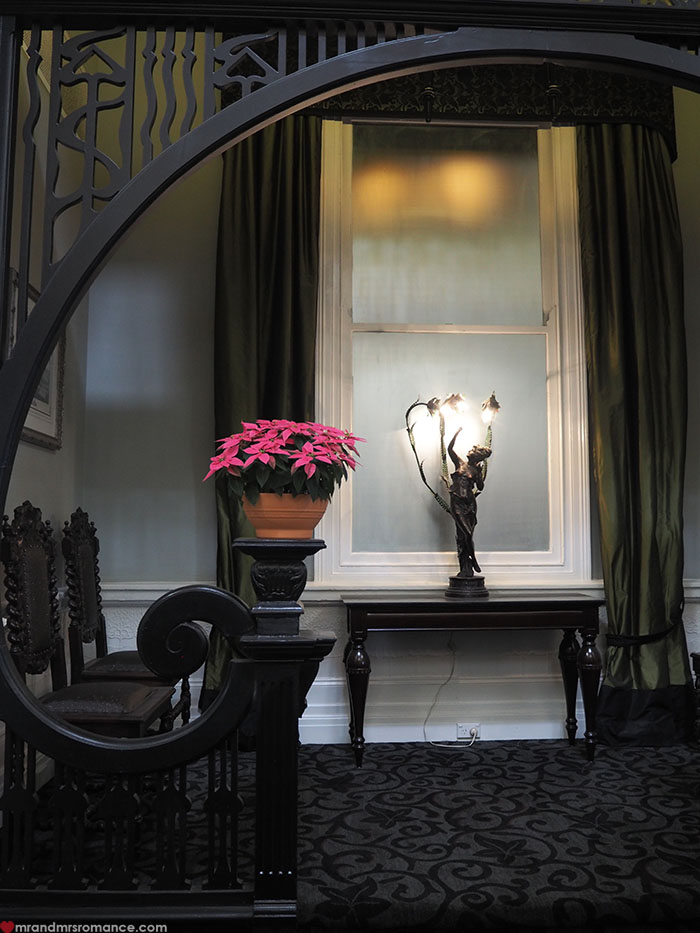 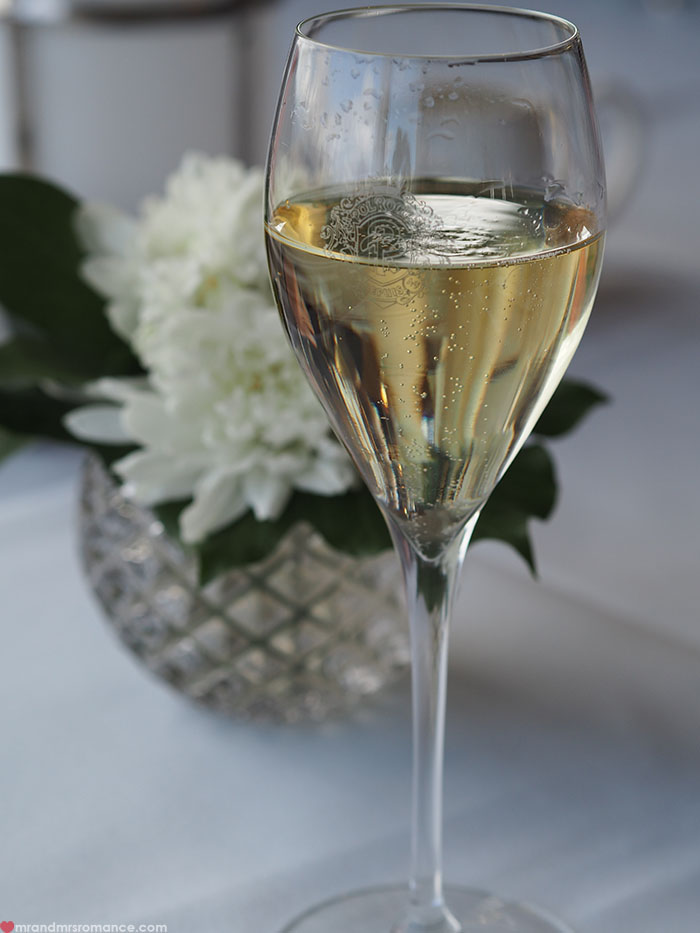 When was your first high tea? Where do you go for a good one? Tell us in the comments!

We dined at the Hydro Majestic courtesy of Destination New South Wales.

The best mocktail ever – espresso caipirinha

When I think of the word mocktail, I usually have the image of something full of sweet fruit juice and over-compensating garnishes. Not something…