There’s something so satisfying about looking down on a city, isn’t there? Wherever Mrs Romance and I go, we always look for rooftop bars or for views from the highest point in the town. 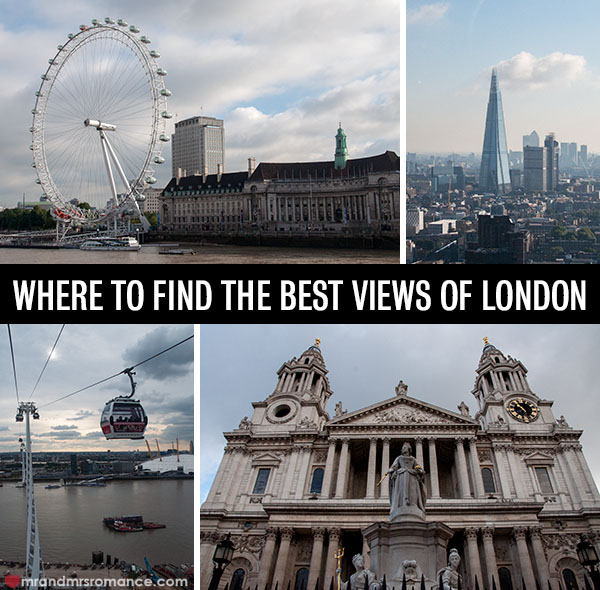 We recently went up the Sydney Tower with visiting friends of ours – Nickie, Wes and little Arthur. Even though we’ve both been up before and have been living in Sydney for years, we still got a big kick from seeing our beautiful home laid out before our feet.

Another city we’ve been to many times (but can never get enough of) is London. And although we’ve been there a lot, we’ve mostly gone to London for dinner or to see friends or to shop  🙁

This time, however, we were hot on the scent of the tourist trail, sniffing out the best high-up places to see this great city. 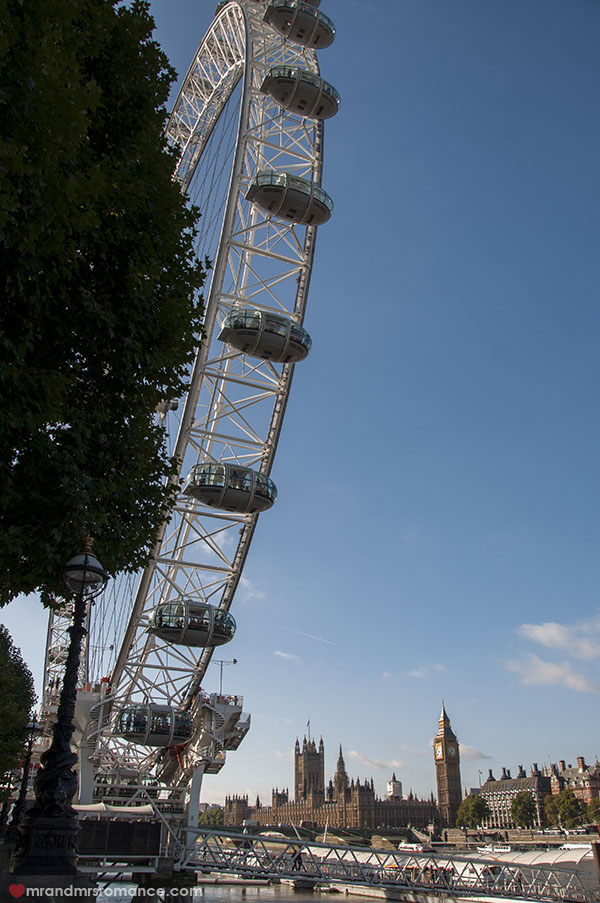 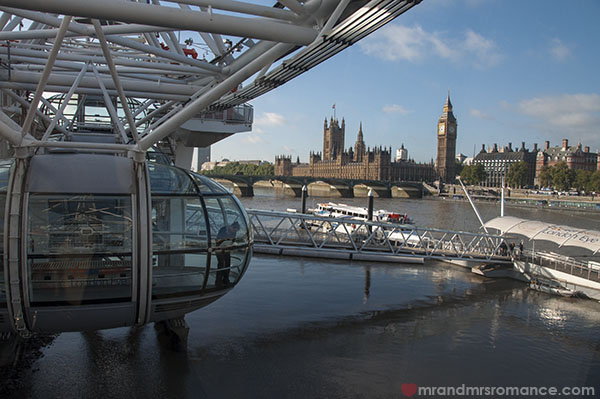 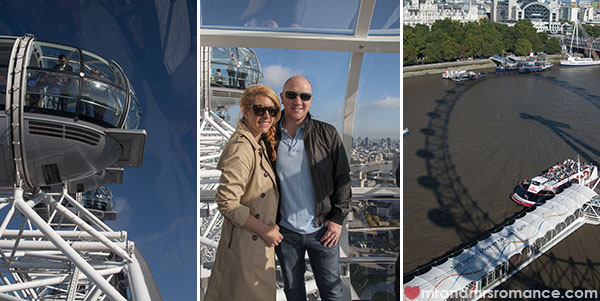 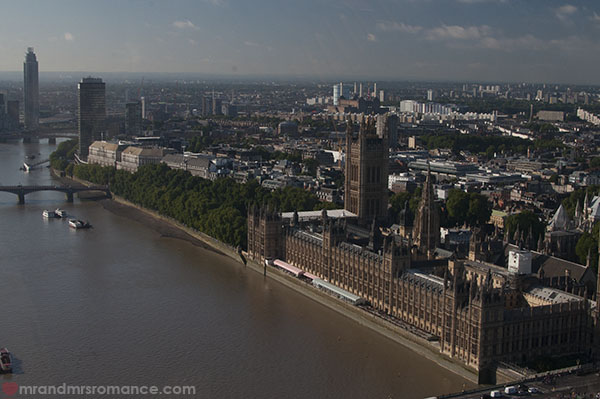 We had fast track tickets, which were absolutely worth it as the queue of regular ticket-holders snaked around and along the pavement. Meanwhile we were directed to the very first capsule to leave the port that day.

The Eye takes you up in a capsule big enough to hold around fifty people – though the staff are careful never to put more than about a dozen in each pod. It takes about half an hour to go round and the views from 135 metres (146ft) are spectacular.

There are interactive touch-screen tablets that help you find out what you’re looking at as you go round and you get a labelled 360 degree panoramic photo to work out landmarks too.

Getting in and out of the capsules is easy and they stop the wheel momentarily for people with mobility issues. 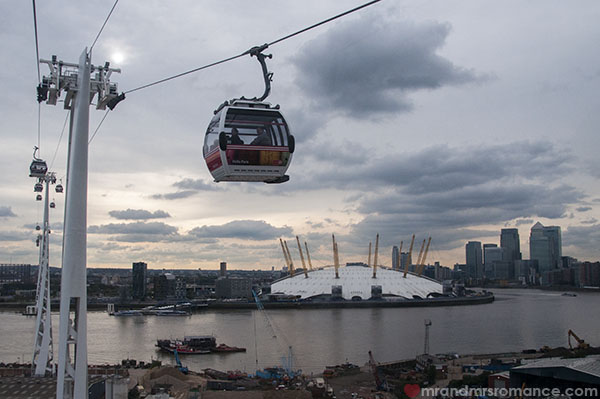 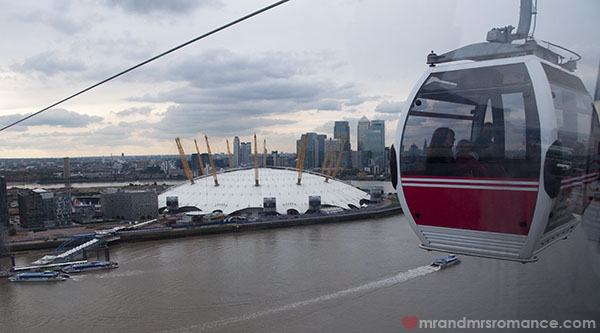 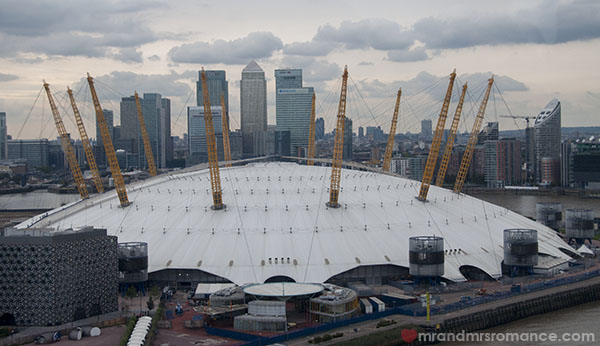 Flying high over the London Docklands and zooming across the River Thames, the The Emirates Air Line cable car service takes tourists and commuters from North Greenwich – south of the river – to Royal Victoria, on the north side.

Flying up to 50 metres (164ft) above the Thames, the gondolas along the cable carry people from the Royal Docks to the Greenwich Peninsular. It’s a handy way to get to the O2 Arena (formerly the Millenium Dome). For us, it was a great way to check out Canary Wharf and some excellent views of the Thames.

There is also an app you can use on your smartphone or tablet that works with your device’s internal compass. Point your phone at a building and a local of the area will tell you a yarn about it. Click here via your mobile and it’ll take you to the app that works on your browser.

The best part of London’s only cable car service is that it’s reasonably cheap and you can use your Oyster Card to get on. In fact, it’s over a pound cheaper each way to do so. 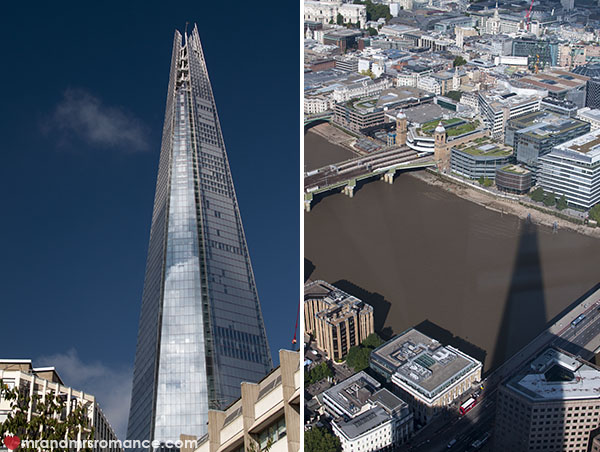 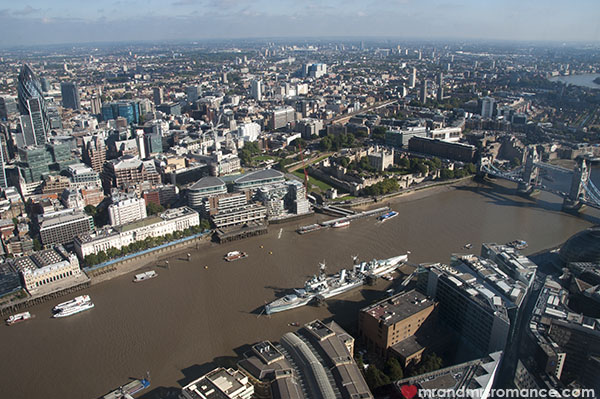 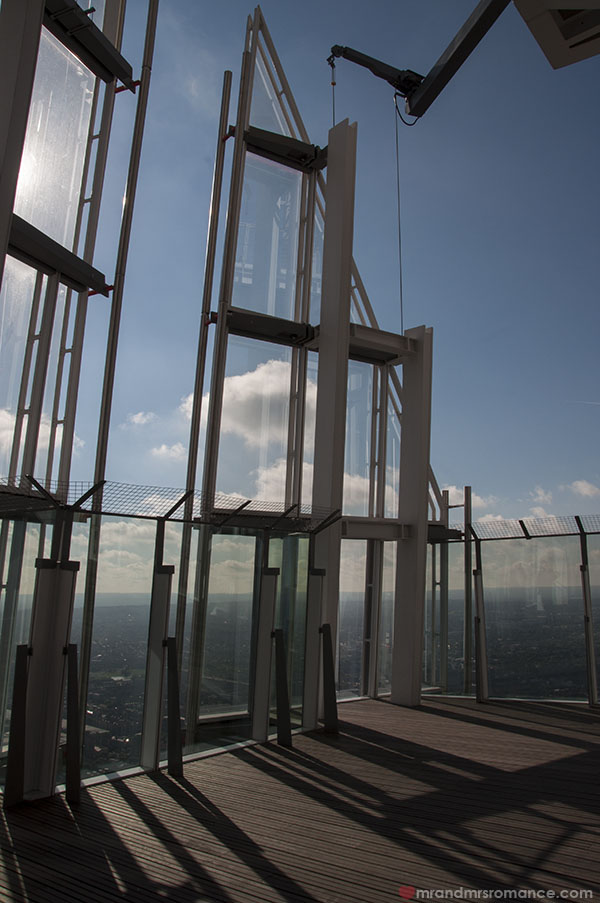 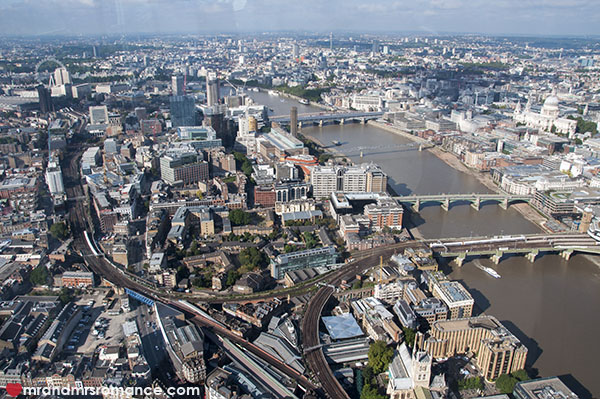 Currently the tallest building in the EU, the Shard stands at a monolithic 306m (1,004ft). It’s referred to as Europe’s first vertical city, as it has offices, an hotel (the Shangri-La, thank you very much!), restaurants and bars, shops and tourist viewing galleries.

We didn’t need a fast track ticket here, as it was really quiet – an ominous sign. Especially as they have had trouble filling this massive building with tenants. The view, however, is something else. Dwarfing the London Eye, the viewing platforms on levels 68, 69 and 72 give a 360 view of up to 64kms (40 miles) and are almost twice the height of anything else like this in London.

There are digital binoculars you can look through on level 68. Pop in a pound and the interactive screen tells you what you’re looking at.

For access, there is a lift to the 68th floor but you have to take the stairs the rest of the way. 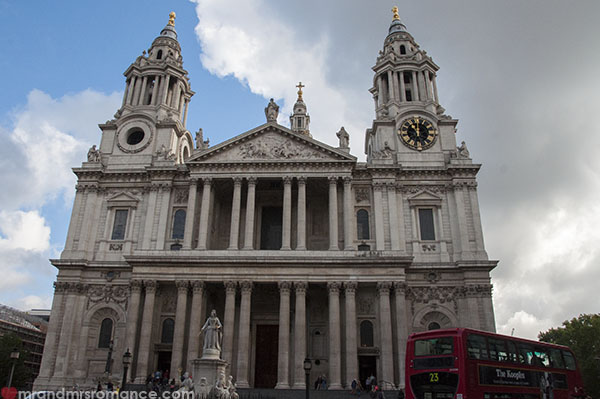 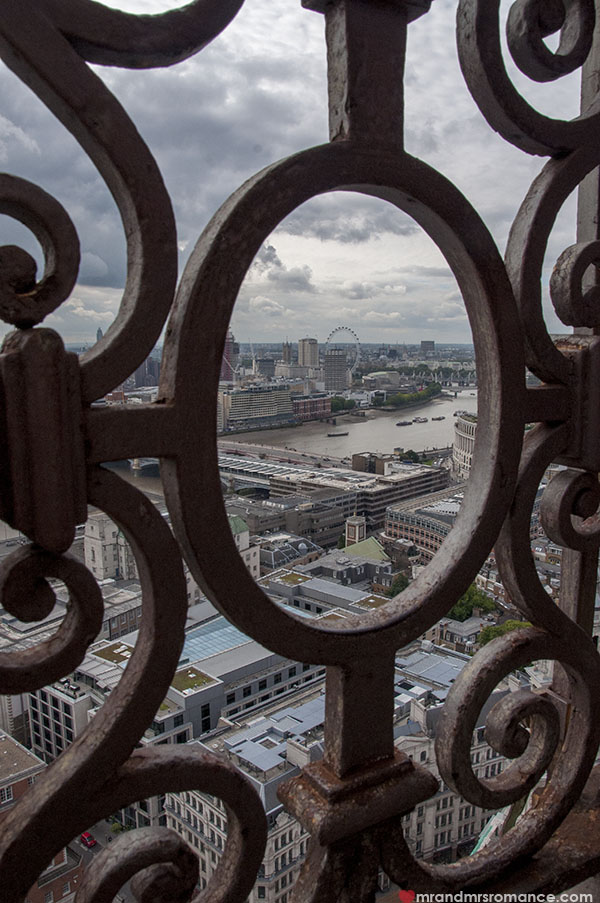 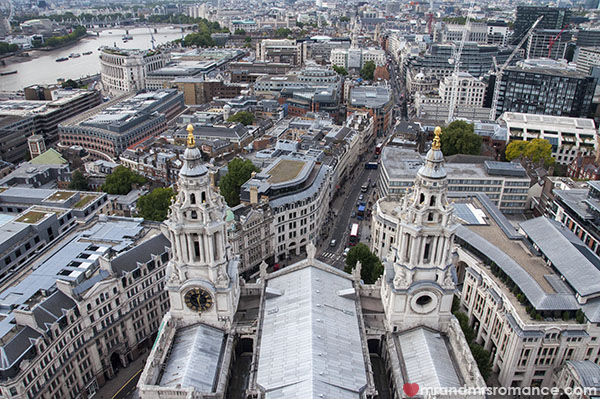 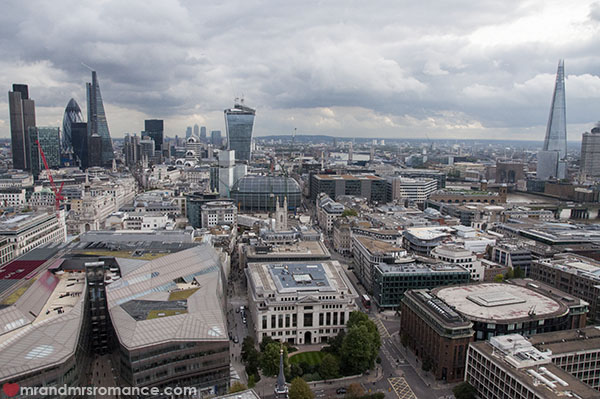 From the newest to one of the oldest buildings in London. There has been a monument to the disciple St Paul since 604AD – though the current building has only stood since the early 1700s. From that point until 1962 St Paul’s was the tallest building in London and is still the one of the world’s highest domes.

So it stands to reason that we were looking forward to looking out from its walls. The difference between the others and St Paul’s: stairs. St P’s has a shitload. 530 to be exact, and some of the spiral staircases are very narrow and discombobulating (finally got to use that word!)

Is it worth the effort? You bet your newly-toned butt muscles it is! It’s only 69m (225ft) down from the highest lookout (the building in total is only 111m (365ft) tall) but the views you get are fantastic.

I think it’s because – even from that high up (and it is still pretty high!) you’re still nestled in amongst the other buildings and rooftops that make up London – you still feel part of the city. You can’t get more London than St Paul’s, I suppose.

Tell us about your favourite place for a good vista in the comments!

We’d like to thank Creative Holidays for hosting our trips to the London Eye, the Shard and entry into St Paul’s Cathedral. Check out the other excellent trips and excursions they organise here.

A storm, lunch out west and Sydney Craft Beer Week

What a week! The sun’s been out a lot more, which spells the beginning of summer proper, but then so have the storms. And…