The dust on the road was thick enough for us to look back and feel like spacemen. Our footprints, three inches deep, showed us the progress we had made as the sun burnt down and Tanna Island dared us to find our private piece of Vanuatu. 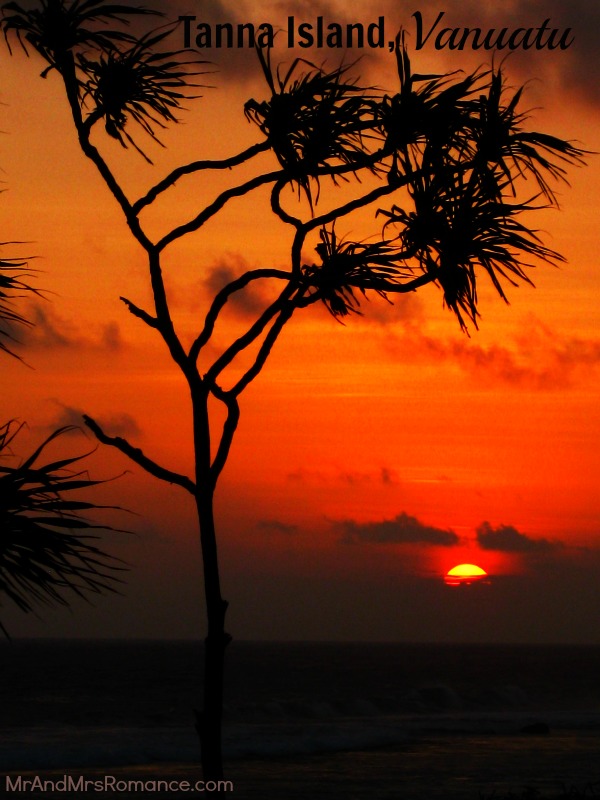 It’s only a 45 minute flight south from Vanuatu’s hub town Port Vila to this little gem in the warm heart of the Coral Sea, but the flight felt a lot shorter. My mind was filled with the prospect of looking into the belly of the Earth from Tanna’s big draw card: Mount Yasur – the world’s most accessible active volcano. For this sight alone, it’s understandable why people go to Tanna. 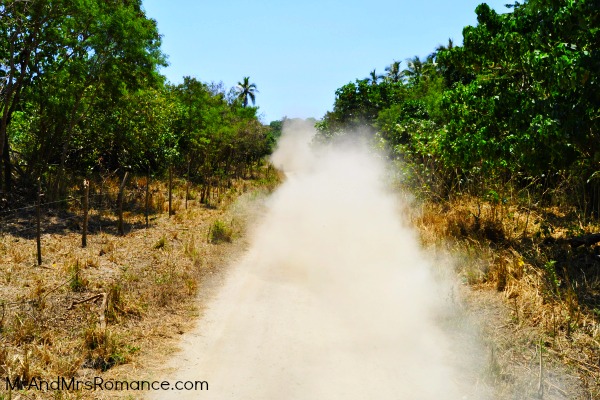 The drive there is exciting enough: the lumps and bumps and the ragged race across the island to get to the mountain for sunset. The cloy of sulphur and the grey-black of the approaching ash fields encroaching on the deep tropical verdure told us we were coming close. 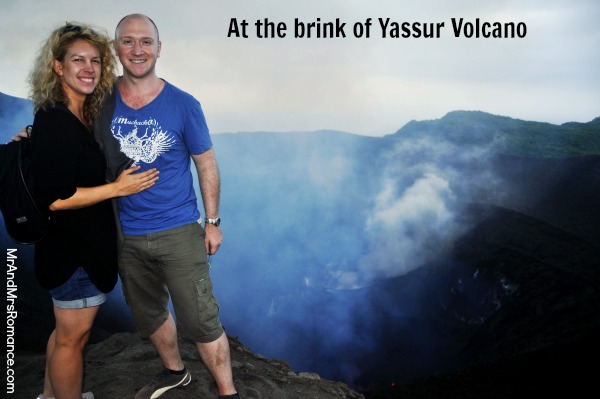 Clouds of thick white smoke and steam, and the barren harshness were grey and alien. Our driver pulled up at the mountain’s foot and we had the short steep climb up to the brink of the planet’s throbbing heart. Amidst the great plumes of engulfing smoke and steam filling the air, jets of brilliant red and orange lava and chunks of liquid planet shot into the sky. 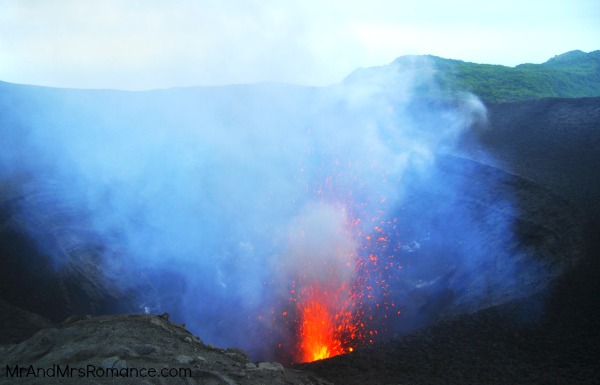 The ground under our feet trembled with the temper of some immense irascible beast beneath the earth, roaring with deafening booms like thunder. Humbled, we peered over the edge of the precipice to see the boiling turmoil inside our world. It was mesmerizing, terrifying, cathartic.

But that wasn’t why we were now kicking up the fine dust that lay thick on the road, the rumbles of Yasur still trembling our eardrums.

We were looking for something different. And in Tanna, you’re more than likely to find it. 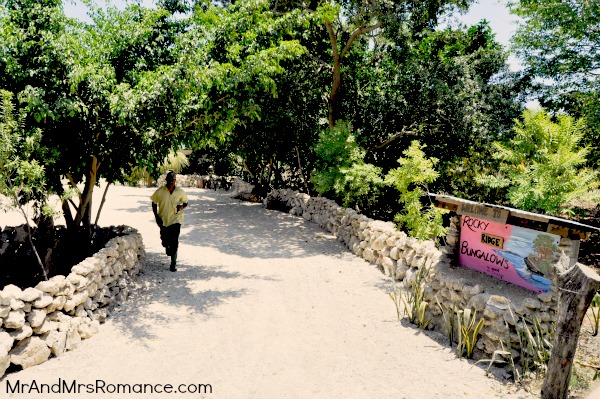 From our own little house in Rocky Ridge Bungalows, we were told to walk and look for the magical Black Beach. Tom and Margaret Naieu, the owners of the delightful little resort on the western edge of the island insisted the beach was worth the walk. 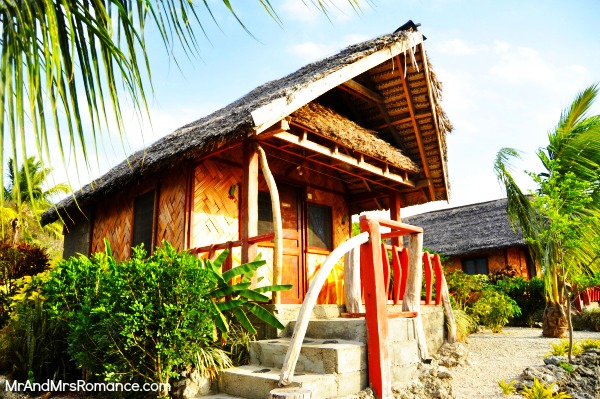 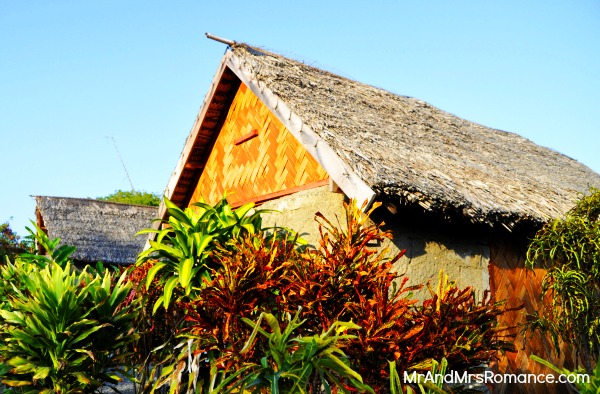 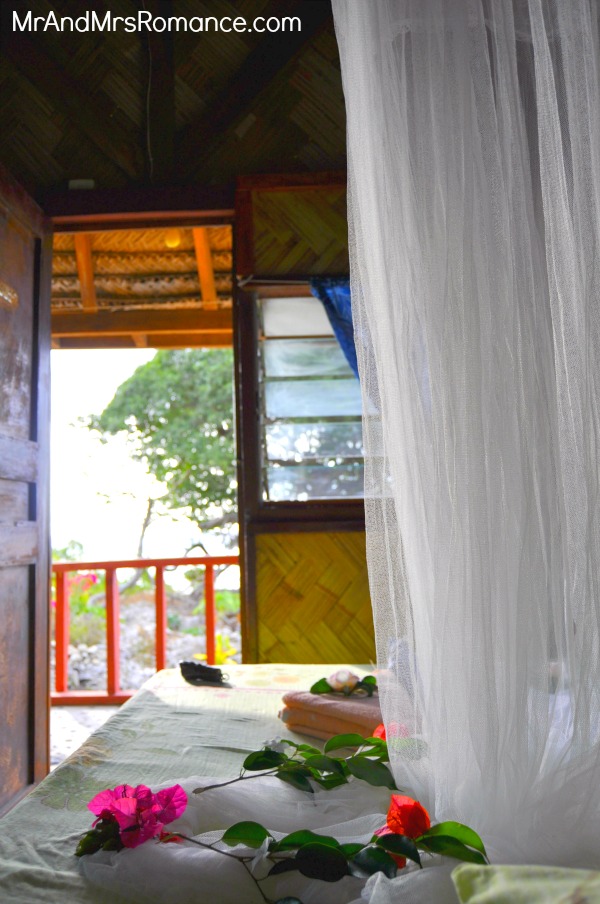 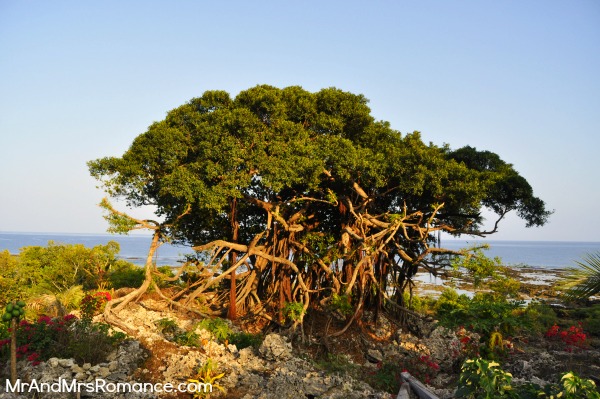 We couldn’t really comment: we never found it. The walk was worth the walk anyway. A single lane dirt track winding its way through Pacific bushland, occasionally kissing the edge of the ocean. We may not have found the fabled Black Beach, but we did find a host of other beautiful beaches riddled with exquisite snorkeling spots, abound with all manner of fish, coral and sea snakes.

At one such beach, we came across a herd of roaming horses. These beautiful creatures wander the island at will, swimming at the beaches, investigating lost tourists. 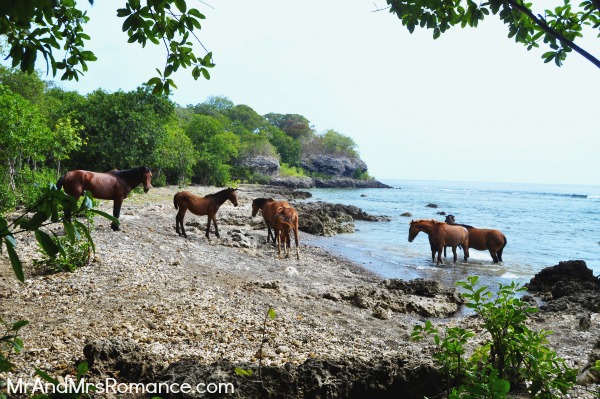 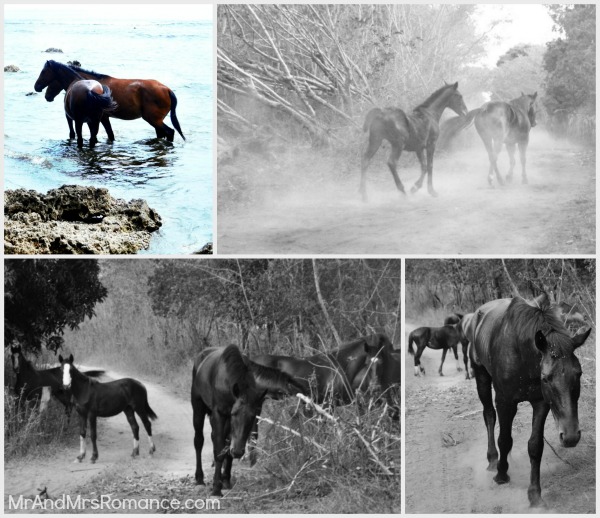 Walking back to the resort for dinner, we were followed by these curious beasts, at a careful distance of course. 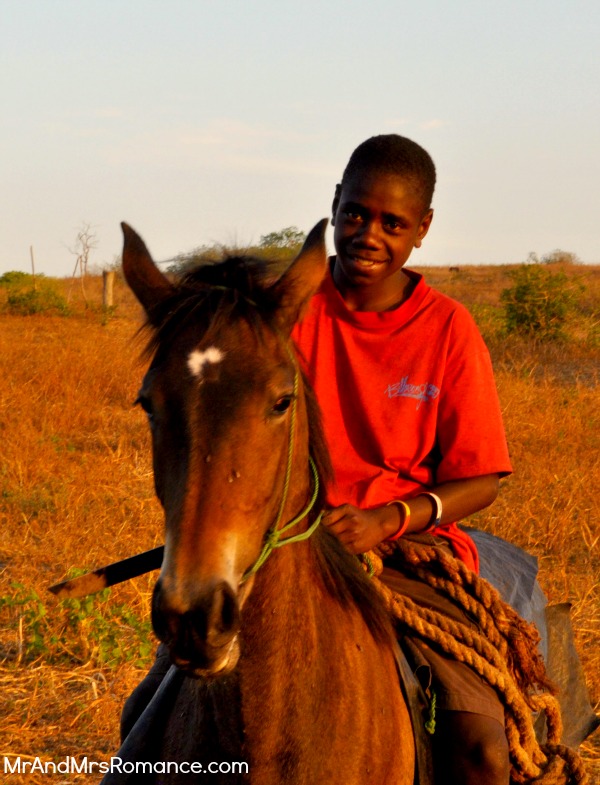 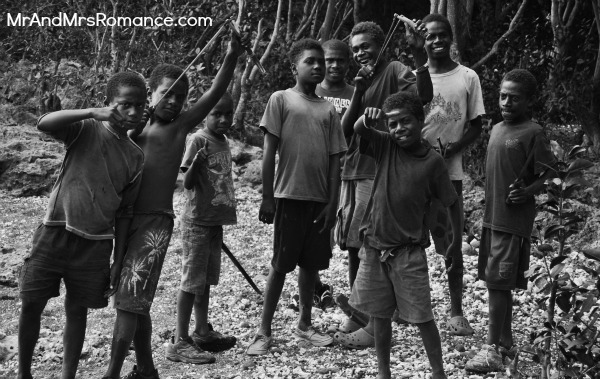 Back at Rocky Ridge, the pull of the ocean from the views of the dining room – an open-air pergola Tom had built himself – urged us on one more snorkeling foray before dinner. A two-minute walk down to the beach found us wading out onto the reef that, from the surface, looked brown and uninteresting. 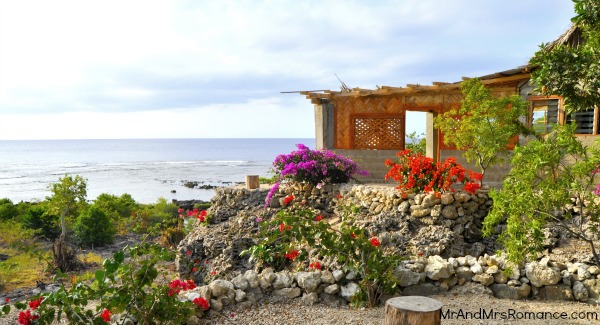 Out in the midst of these rocky pools, however, was the Blue Hole, an underwater cliff that plunges ten metres to the ocean floor and extends left and right some 50 metres. 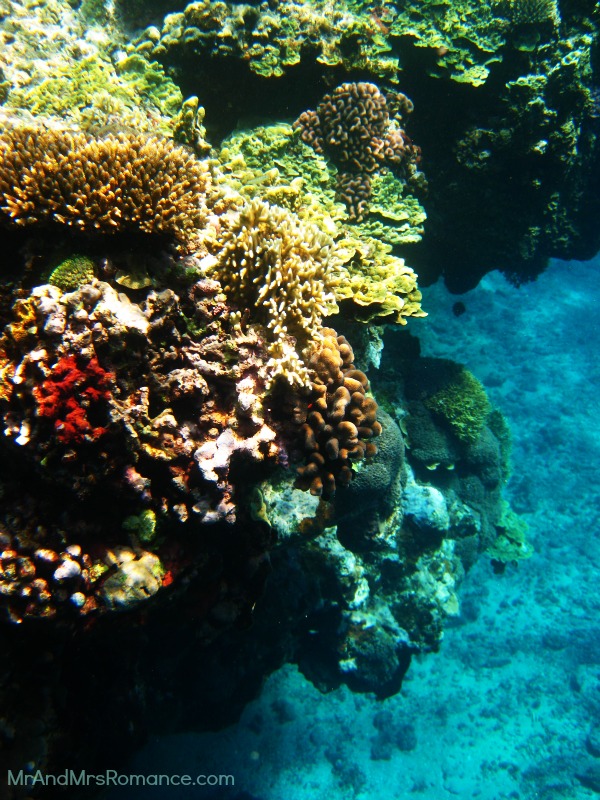 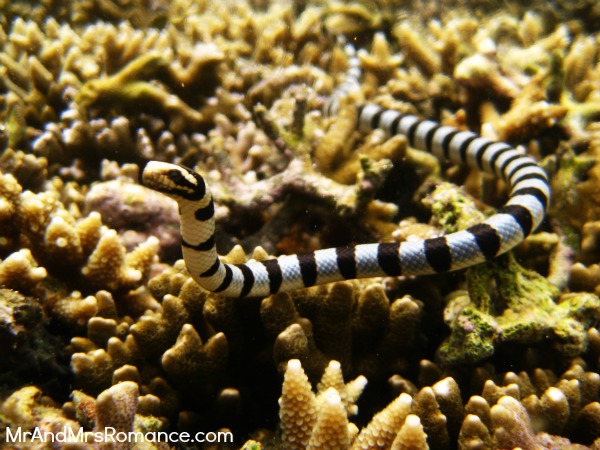 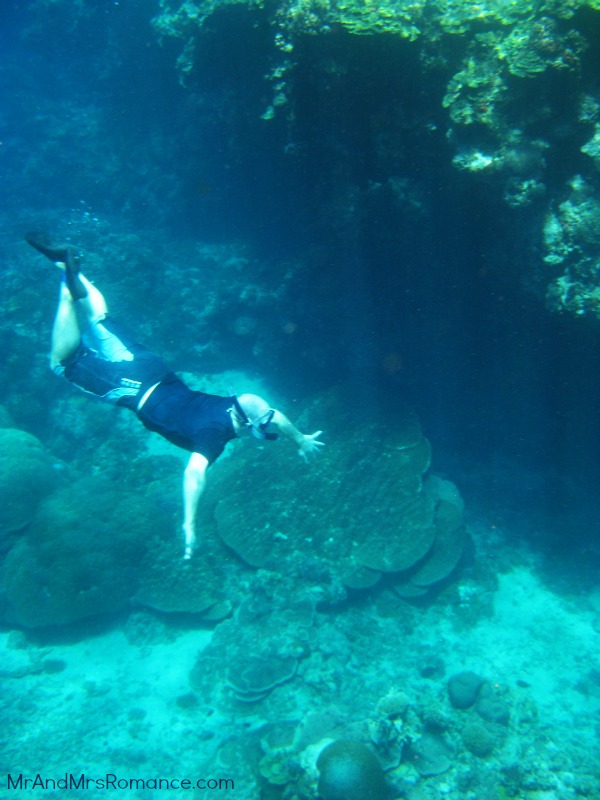 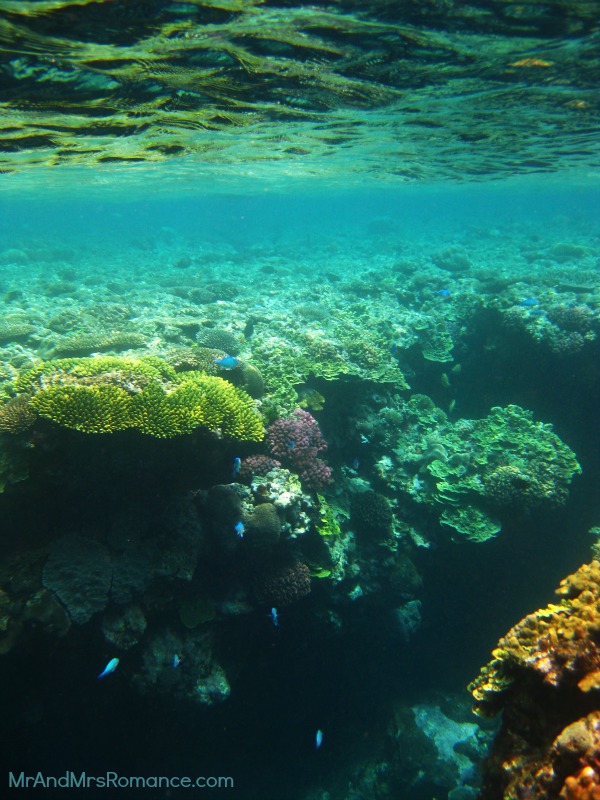 The Blue Hole is a municipal swimming pool of crystal water for the resident reef fish, protected on all sides from strong currents and predators by the surrounding coral ledge. It’s safe, beautiful, abundant and best of all deserted. Ridiculously, we were rather disgruntled when we spotted another couple clambering across the exposed reef towards us one day. We left immediately, indignant of the intrusion.

So if it’s seclusion you’re after, my advice is head west. Most visitors to Tanna like to stay on the south-eastern side of the island, near to Port Resolution, named on its discovery by Captain Cook in 1774.

We chose to stay on the western side of Tanna for a few reasons. We knew the east side was likely to be busier and more developed; we liked the look of Rocky Ridge and it was also closer to Whitegrass Airport (I hate a long commute to airports), but not too close.

The main reason for our choice was that, in our experience, the further away from the beaten track you can go, the more likely it is that you’ll have a more meaningful experience with truer memories and something different to the rest. 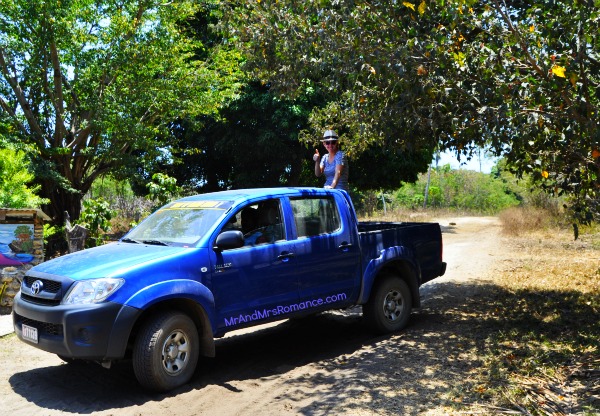 We went ‘island style’ back to the airport: in the tray of our transfer, a four-door HiLux pickup, much to the wonder and bewilderment of our driver and Tom. The busy little airport was a bustling hive of motion and zeal, and the queue soon stretched out behind us.

Flights to and from Port Vila are regular, but it’s still a good idea to book in advance as they can fill up quickly. At the front desk, the local who was checking in his luggage – a watermelon – and the Air Vanuatu staff member helping him, greeted us with the broad Ni Vanu smile we had become so used to. 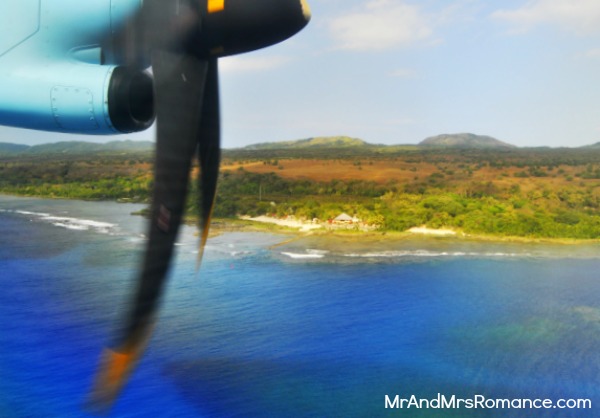 Views from the plane windows reminded us how much we would miss Tanna. 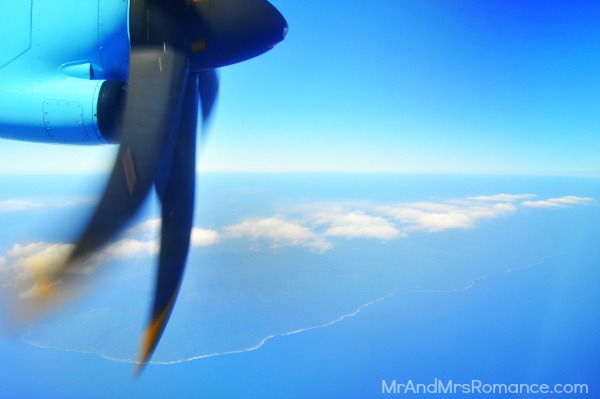 Tanna Island, like many travel destinations, lays down its own unique challenge: okay, you’ve found the volcano, it says. Now see how much more you can discover. 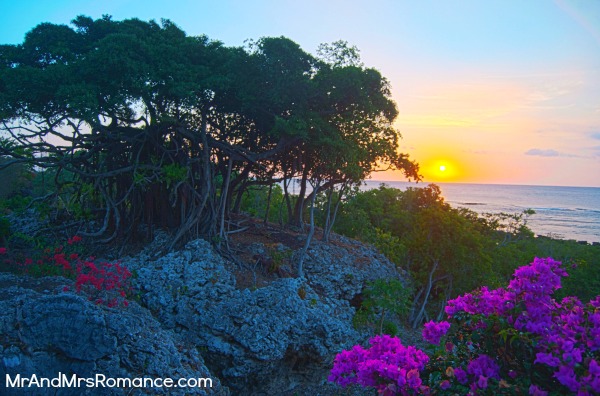 For more reviews and articles on our trip to Vanuatu, check out 7 fun facts of Vanuatu and click here for our review on Efate Island and Port Vila, Vanuatu’s capital.

Day 23 of our 30 Cocktails in 30 Days Challenge: the White Lady When I suggested this drink to Mrs Romance, she said it…