Sometimes where you stay on holiday is just a place to lay your head. It’s a place to keep the valuables safe you don’t want to carry around with you all day… though I did have a belt stolen from my hotel room in Prague once. 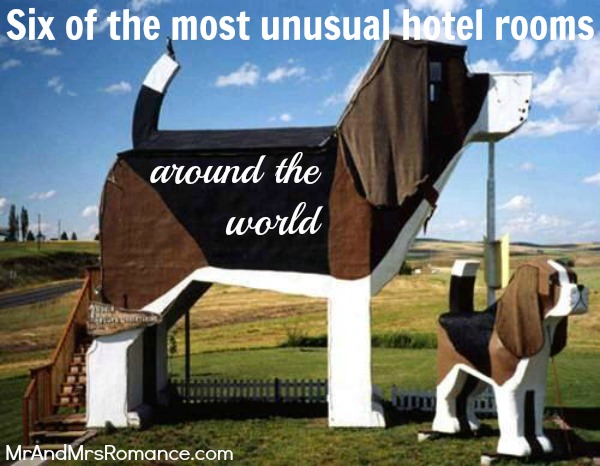 Anyway, here are some hotels you’d want to spend a bit more time in, simply because they’re so… WEIRD!

Hidden away in the midst of Daintree Rainforest, this eco hotel perches on stilts to minimize its impact on the forest floor. There are only seven cabins available in this resort. Each has its own walkway and is connected to a central causeway that also sits a metre or so above the ground.

The walkway is just high enough to be out of reach of the neighbourhood cassowary. We saw him every day when we were there.

Treehotel/Brittas Pensionat, Harads (a.k.a the middle of nowhere), Sweden 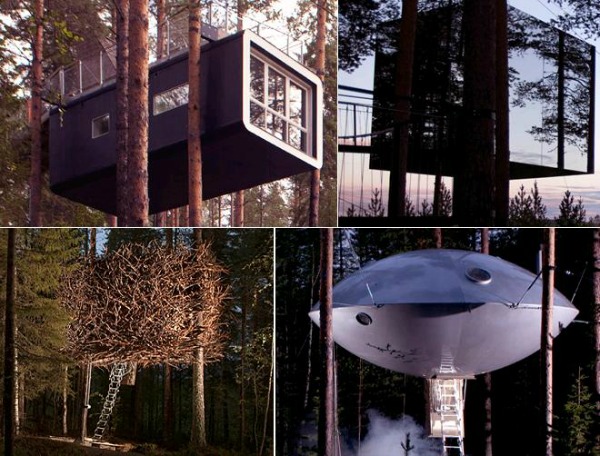 If you go down to the woods today, you’re in for a big surprise. No, not some freaky unnatural picnic of soft toys, but a load of bizarre hotel rooms lodged in the trees. At the moment there are five rooms and a tree sauna that fits up to 12 people. Each room is suspended 4-6 metres in the ancient pinetree forest of northern Sweden.

Each room has its own theme: the cabin, the mirror cube, the bird’s nest, the blue cone and the UFO. Each room proffers incredible views of the forest from its unique treetop perspective. At the right time of year, it’s also a great place to be to see the spectacular Aurora Borealis – the Northern Lights. 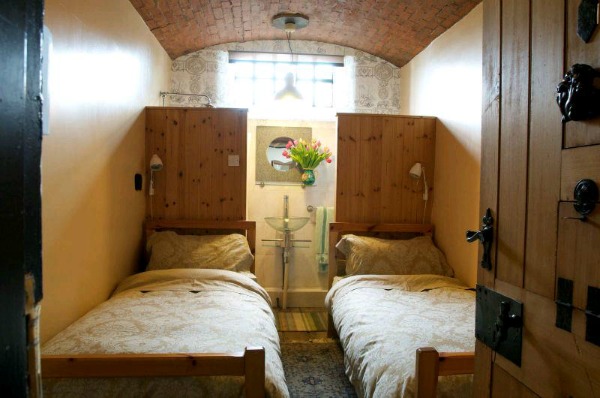 We stayed here in 2003 and loved it. The owners have converted the old court house of the little hamlet Temple Cloud on the outskirts of Bath, England. That in itself isn’t strange. The fact you can stay the night in one of the converted prison cells is.

We chose a room with a bit more room, but we were tempted for a minute there. Also, the resident cats (three brothers) are something to behold. When we first saw them, we thought they were dogs or small bears. They’re so big, the owners had to install dogflaps in the doors because catflaps they had put in were too small!

Rates: the Victorian jail cells on the other hand are around £70 (approx AU/US$110) per room per night. Includes breakfast and Wi-Fi.

The most famous opal mining town in the world, Coober Pedy, is in the middle of the desert. Temperatures can get well up into the 50s (120+ degrees Fahrenheit). To keep cool, the locals have used nature’s own body temperature to keep cool.

Underground houses stay at a preferable 25 degrees (77dF) all year round. Down to Erth Bed and Breakfast is just one of these unusual places.

Rates: starting at $160 (approx £100) per night for two people. Price includes a ‘substantial’ continental breakfast every morning, and wine and chocolates upon arrival. 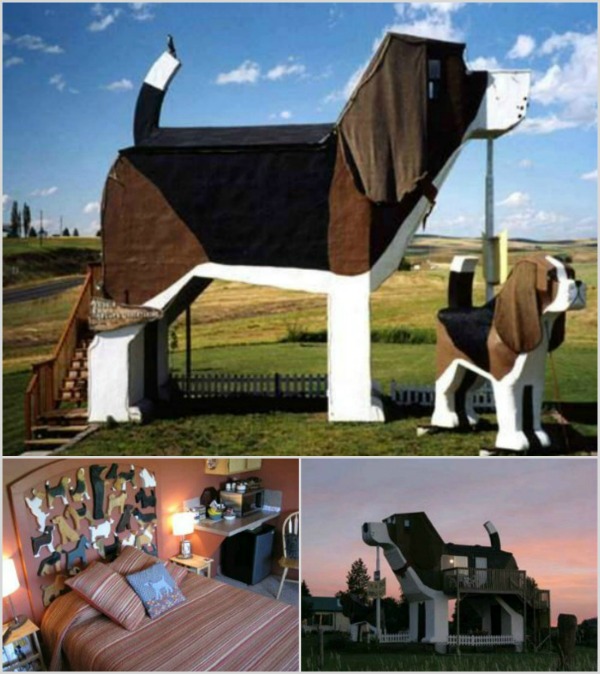 To say owners Dennis and Francis are barking is not only a bad pun, it’s also accurate. Their obsession with dogs has lead them to build this pooch-shaped hotel.

It boasts the record for the world’s largest beagles; Toby is a 12-foot-high statue and keeps Sweet Willy, the hotel itself, company. Everything inside is dog themed.

You can also purchase a lot of the ornaments in the hotel, as they’ve been designed and made by the husband-and-wife team with chainsaws. Chainsaw carving is yet another of Dennis and Francis’ odd passions, and it no doubt puts off anyone thinking of running from the bill! 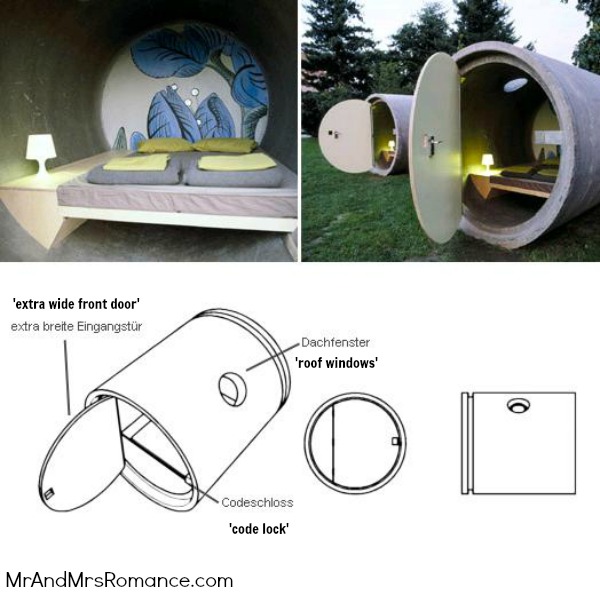 This has to be one of the weirdest places to stay. True to the German sense of humour, this hotel and restaurant complex is on the site of an old wastewater works.

Thankfully it’s quite literally not as shit as it used to be! The restaurant prides itself on fine modern German cuisine and the settling tanks have been done up into water features.

But it’s the rooms that are the most unusual. Designed by Austrian artist and architect Andreas Strauss, the rooms here are more like giant sleeping tubes made from recycled sewage pipes.

Rates: guests pay what they can afford or what they think the experience is worth.

Want to spend the night in a jumbo jet? Here’s our post about that too!

So have you been to any strange or amazing hotels? Tell us about them here!

Visiting Jim Thompson House – the soldier, the sailor, the spy and the screenplay

What have the CIA, the Olympics, a Broadway musical and the finest silk from Thailand all got in common? The answer revolves around one…