Until its death in 79AD, Pompeii was a rich thriving city. Walking amongst its broad avenues and exploring its opulent villas, shops and vast cemetery, Pompeii’s wealth and prosperity is clear to see even now. But do you need a tour guide to see Pompeii? 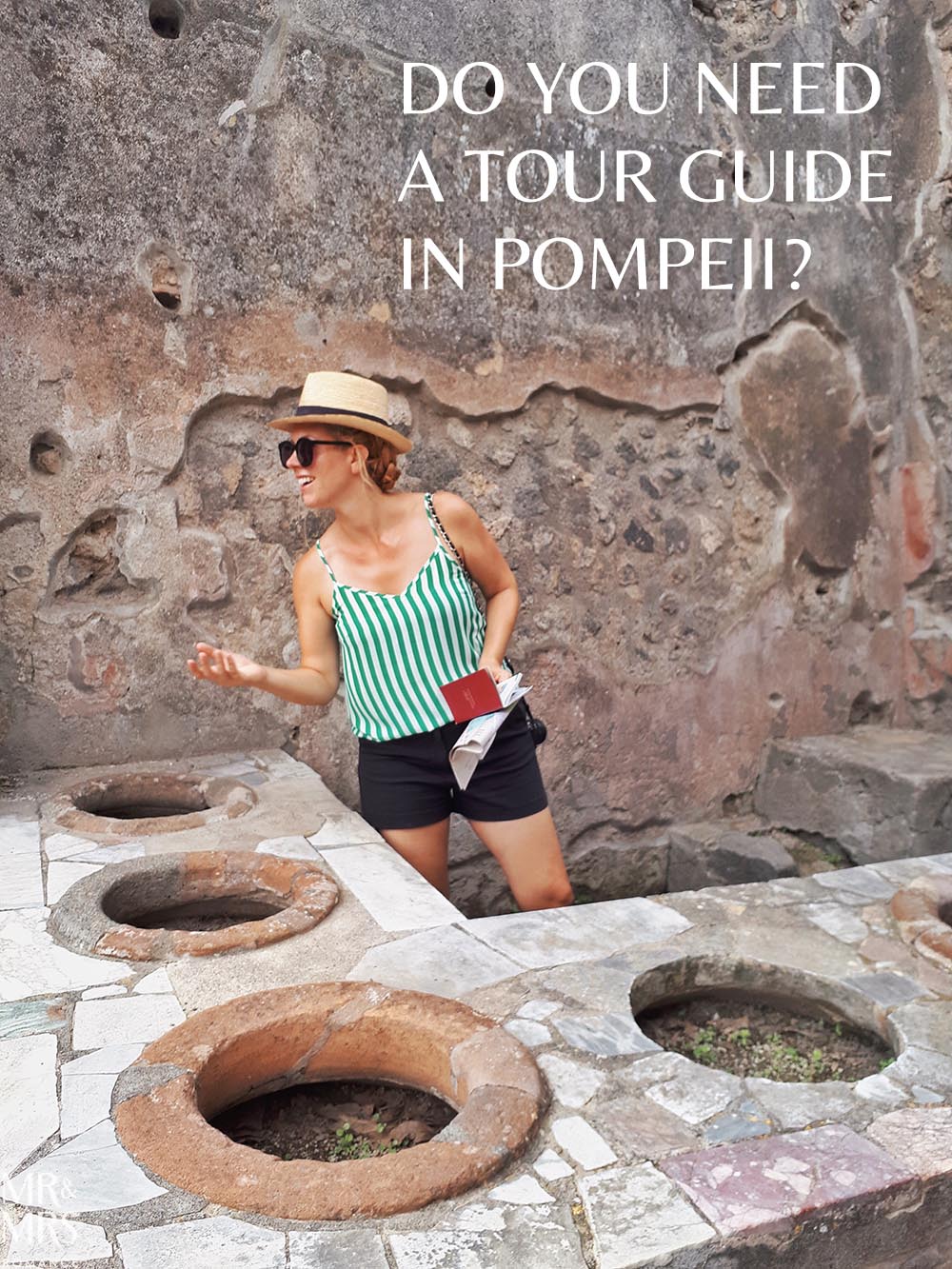 There’s nothing quite as magical as walking the streets of Pompeii, following the footsteps of the ancient peoples who once trod the same paths and called Pompeii home.

To think that this great city – and there’s still over a third of Pompeii they still haven’t excavated – lay hidden for almost 1,700 years hurts your head. The set of volcanic eruptions from Mount Vesuvius covered Pompeii and nearby cities in 6 metres (20 feet) of lava and ash. It wasn’t until 1748 that anyone knew it was there.

Almost 2000 years after the disaster, we’re able to see exactly how the people of Pompeii would have lived. The detail that’s preserved is quite incredible. Everything – from frescos on walls to food on tables – is still here.

Do you need a guide to see Pompeii? 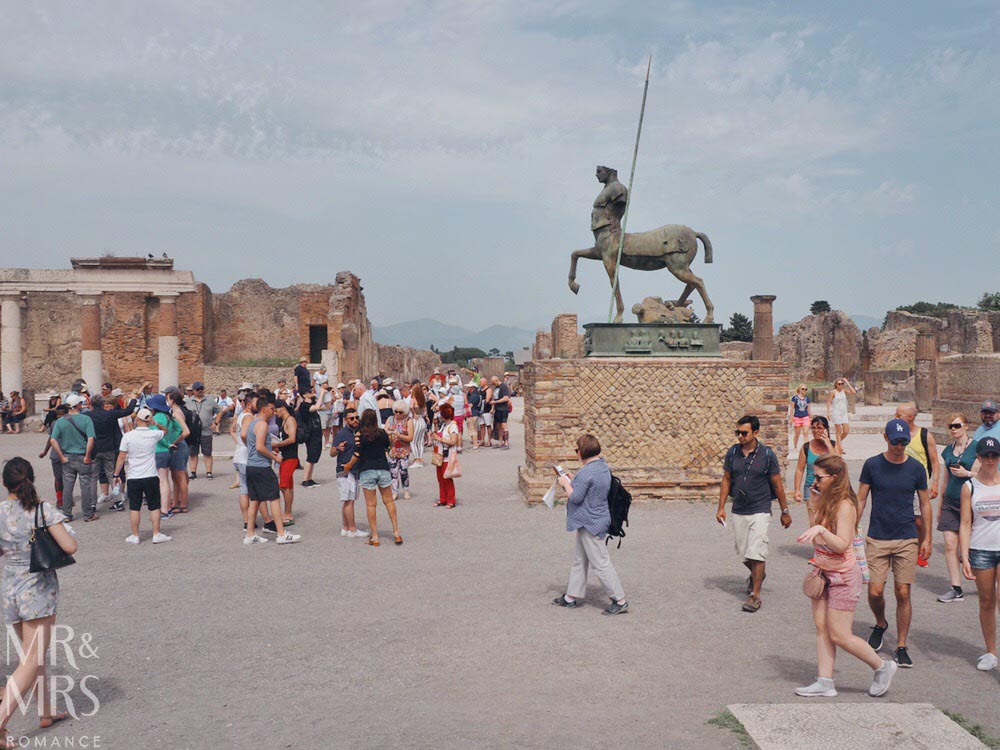 Short answer: no, you don’t.

You can easily explore Pompeii on your own with the maps provided at the ticket office and with your phone. And there are plenty of signs around the site that tell you about the city.

Plus, when you see a group following a tour guide, you realise you really don’t want to be part of that. The guides are over-worked and not great at rapport, the streets are often narrow and the groups get in the way. And most of all, you’re not allowed to explore at your own speed.

Also the lack of freedom even private tours tend to foster, our lack of conviction in the guides we saw (some of them seemed more like street scammers than professional guides) and the costs involved (private tours can be around €300), it’s hard to rationalise not going it alone.

Here’s a tiny snippet of what we saw while we were in Pompeii last – all without a tour guide:

Longer answer: maybe you do!

One thing that’s important to remember is that Pompeii was a city in 79AD and it’s still a city now. It’s big, so don’t come to Pompeii thinking you’ll be able to see everything. You’ll be disappointed and exhausted.

We’ve been to Pompeii a couple of times now and never with a guide. Each time, we’ve seen new things and really enjoyed exploring on our own agenda.

We’ve also always spent much longer there than we were expecting to, which could be a symptom of not having a guide with us. So if you’re pushed for time, a guide will show you many of the main highlights more efficiently. 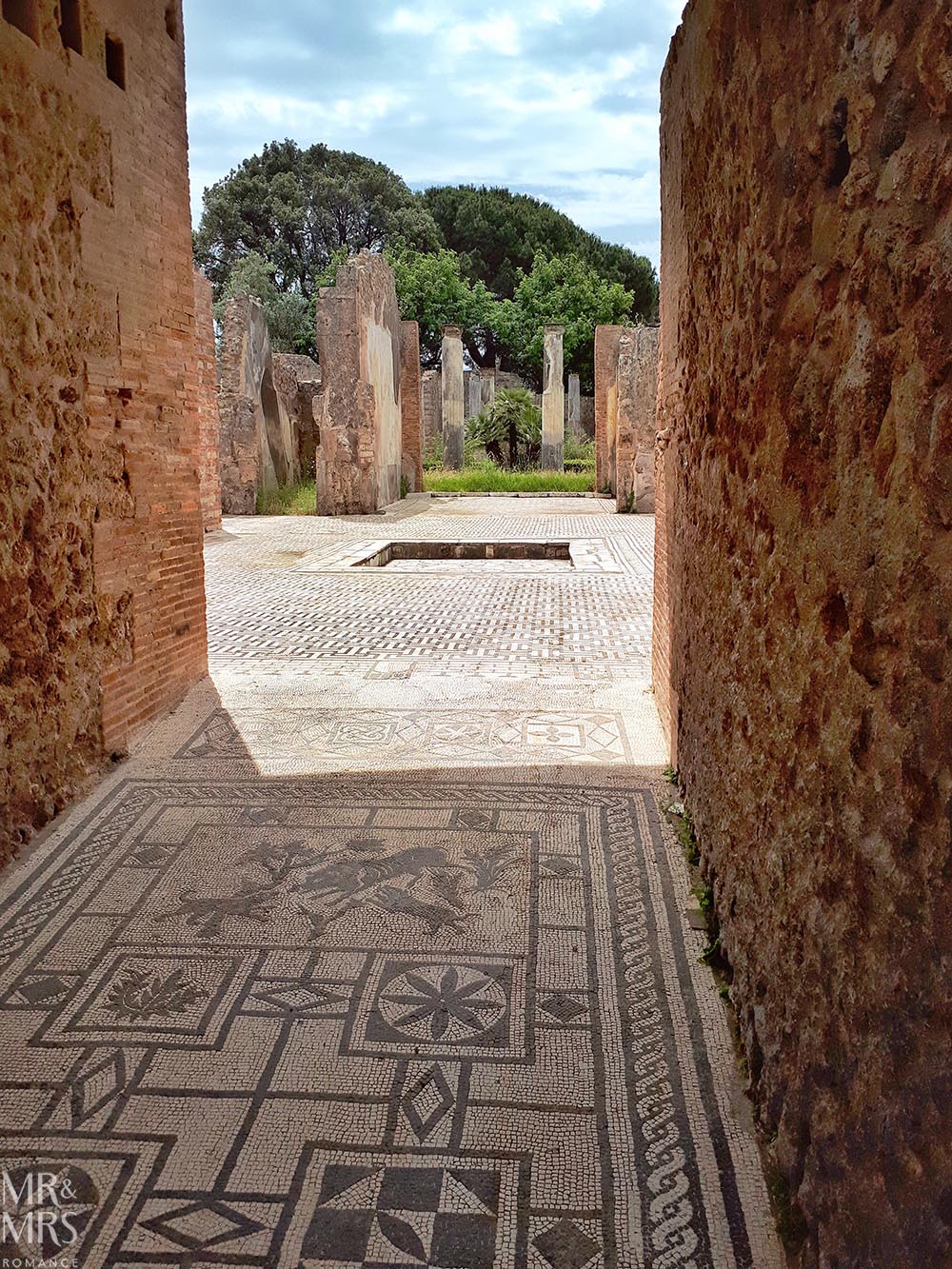 Alternatives to having a guided tour of Pompeii

Like I said, we’ve never had a guide take us round Pompeii and, to be honest I don’t think we’ve missed much. Of course, there’s always more to learn about places like Pompeii and professional guides have access to that information. Plus, registered tour guides do have access to restricted areas of Pompeii.

However, there are a few things that stop us every time we think about getting a guided tour there though:

Another option offered at the ticket desk is an audio tour of Pompeii. This means you can still explore the ruins by yourself, but when you find a symbol for the tour, you can listen to the recording.

Audioguides are available within the site and are €8 each for adults – children and groups get a discount. 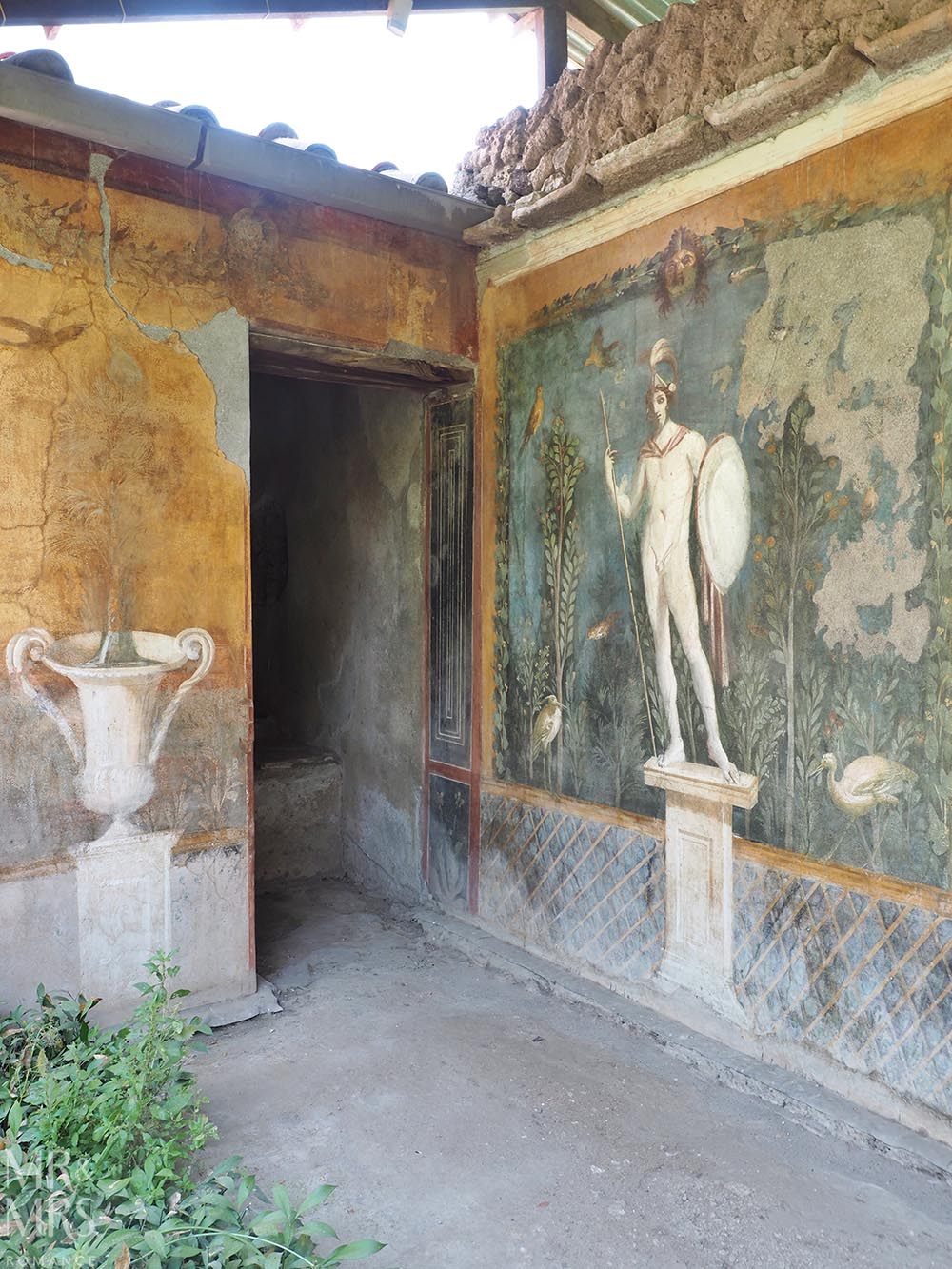 This might seem a bit cynical, but if I see something I want to know more about as I’m exploring Pompeii, I can just look it up on my phone. The official Pompeii website – pompeiisites.org – has an interactive map on it that tells you about many of the features of the ruined city.

But even Google Maps has information on many of the archaeological features here.

A lot of information is already available

There’s a wealth of info in the guide books and maps at the ticket office, and on signs around the city itself. Plus – as I’ve mentioned – all the information available online means we’re very reluctant to spend on a guide.

For the really popular bits like the brothel, the guided groups take up most of the space and the guides have to speak quite loudly. They can also be very rude, shouting at people not in the group to get out of the way.

If you’re nearby and can hear what’s being said, you get a little free tour.

It may not be ethical, but if you’re in the vicinity and the guide is speaking, what are you supposed to do? Put your fingers in your ears? I’m not saying tag along for the whole tour, but listening in a little as you pass by won’t hurt. 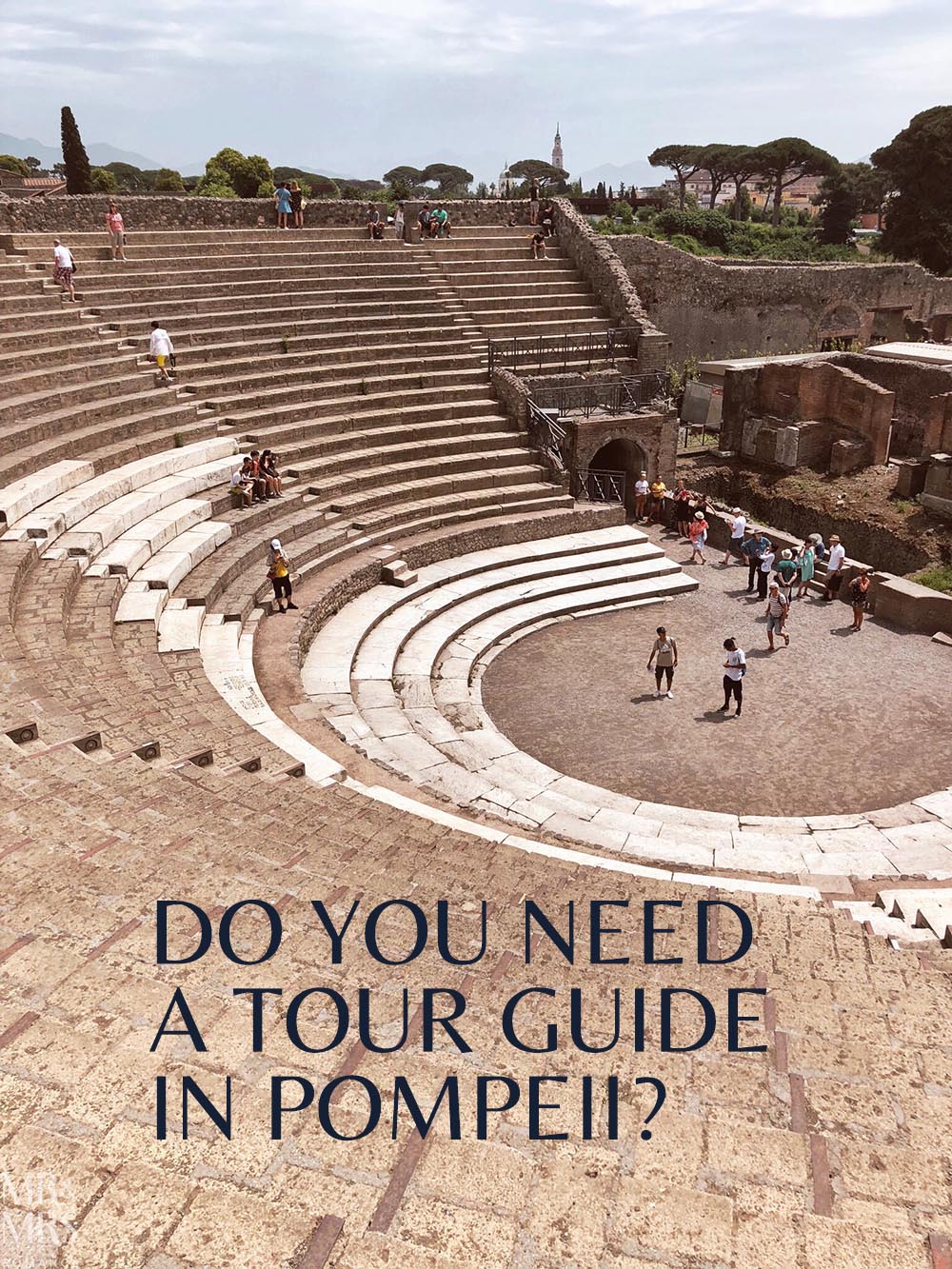 As with many decisions you make when you’re travelling, this is a balancing act. And also a lot down to research and preparation. Knowing a little bit about Pompeii before you arrive will always help.

Check out how to get to Pompeii from the Amalfi Coast without a car, or – for a longer trip – our Pompeii to Provence itinerary is here.

And for more on our travel guides in Italy, click here.

Have you had a guided tour of Pompeii? What was it like? Do you usually go for the guided tour option or are you more of a lone wolf explorer? Tell us in the comments! 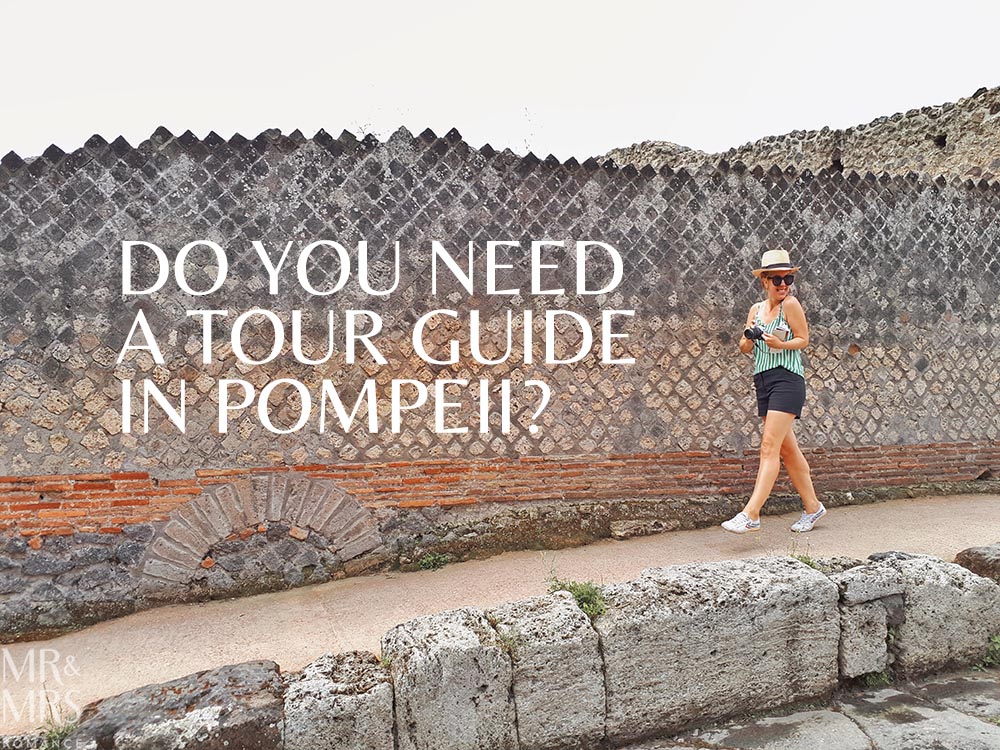 10 things to plan for when you visit the Hunter Valley

With so much to see, do, eat and drink in Australia’s oldest wine region, it’s hard to know where to begin. So here are…