Why is Australia so damn freaky?! We’ve travelled a fair bit around this amazing island continent and it has never failed to impress me with its weird-ass beauty. It’s the Cameron Diaz of countries: sometimes it looks like a class A model, other times it’s so strange, it just looks wrong. 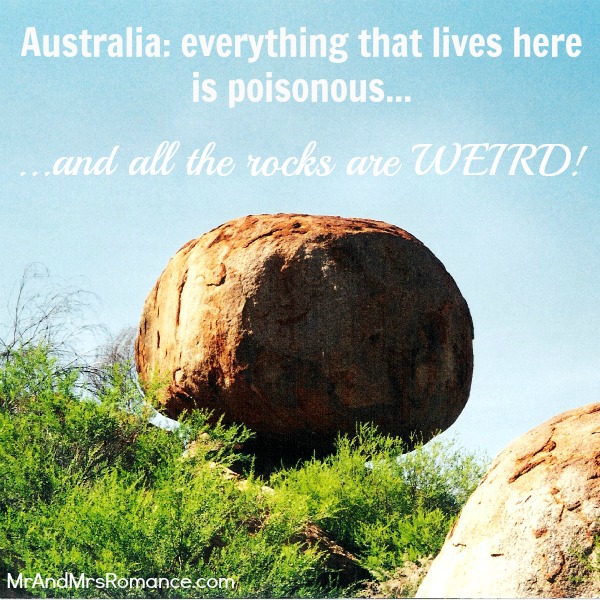 Early explorers didn’t have the benefit of modern popular references to understand the newest part of the New World. What they found was an unforgiving country with some really weird geographical features.

Here are the ones we’ve come across and believe me, these photos don’t do seeing them in real life justice. 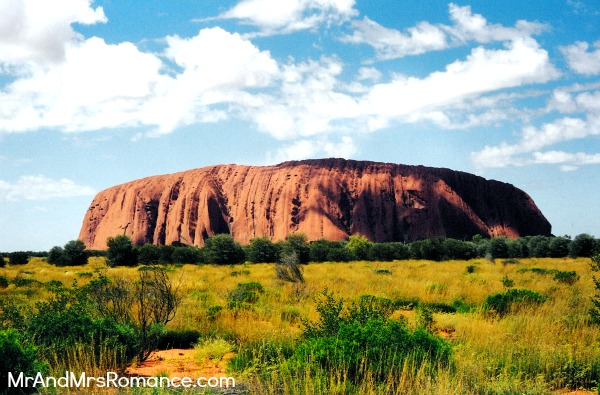 The most famous of Australian natural landmarks. Initially called Ayres Rock by the white guys that discovered it, the Rock is now known by its original name and is part of the amazing Kata Tjuta National Park. 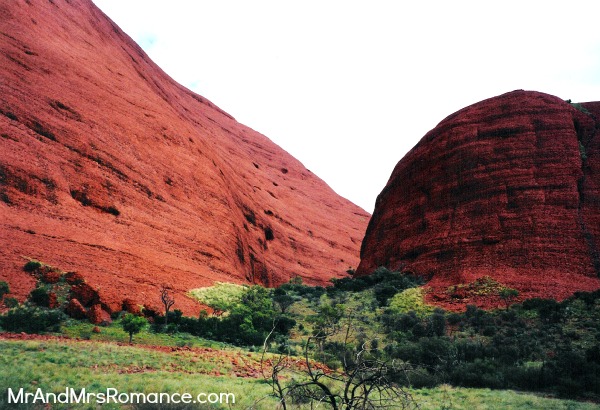 Also known as the Olgas, these weird stone hills are sacred to the local people, where they come to do ‘secret men’s business’ training the young boys to become men. 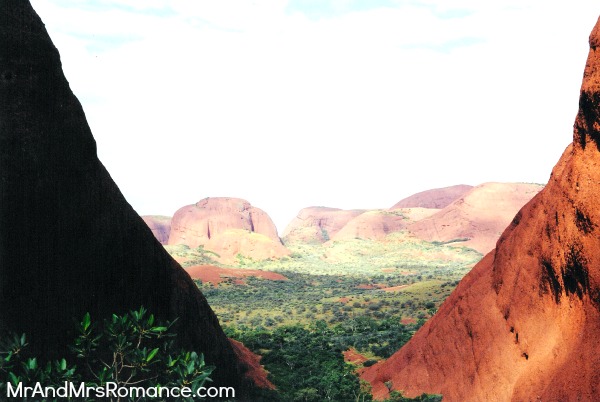 It’s easy to see why this place is sacred; the landscape is beautiful and the view down through the Valley of the Winds is breath-taking. Kata Juta means ‘Many heads’ in the local aboriginal language. 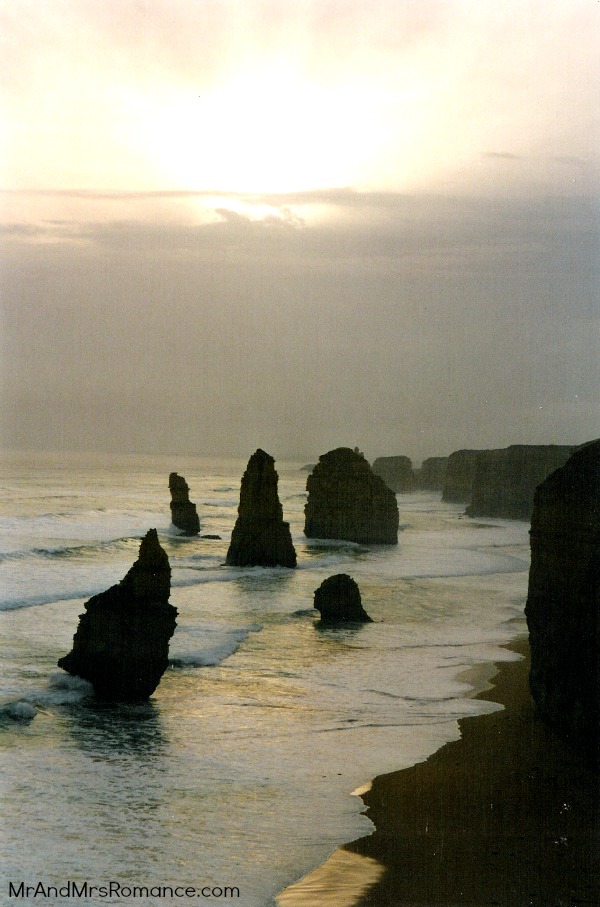 Enormous fingers of land protruding from the ocean, these beautiful rocks on the south coast of Victoria are slowly but surely disappearing. There aren’t 12 anymore and the big one on the left fell over a few years ago. 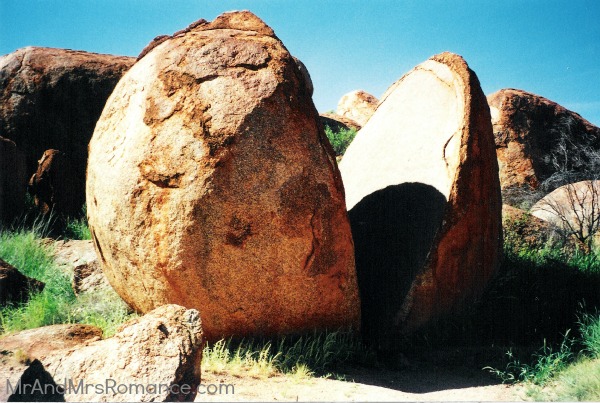 Exposed by millions of years of soil erosion, these stone balls are still changing today. This one had split only the week before we arrived. But don’t worry, there are hundred more whole ones dotted about this bizarre Northern Territory landscape, about 100km south of Tennant Creek. 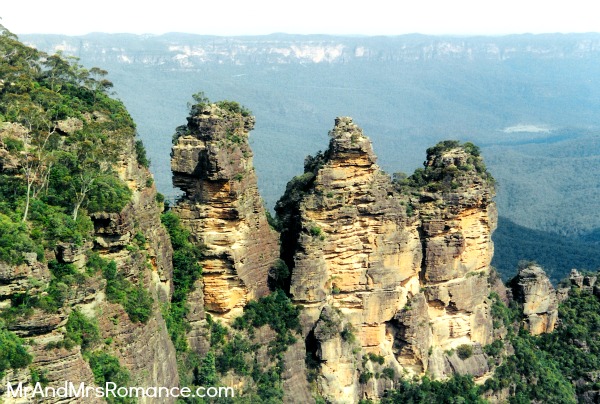 A highlight of the Blue Mountains in good ol’ New South Wales, these three mysterious peaks jut out from the mountainside conveniently near an excellent viewing platform in Katoomba. You can walk down to the foot of these majestic edifices… or is it edifi… via the enticingly named ‘Giant’s Staircase’. 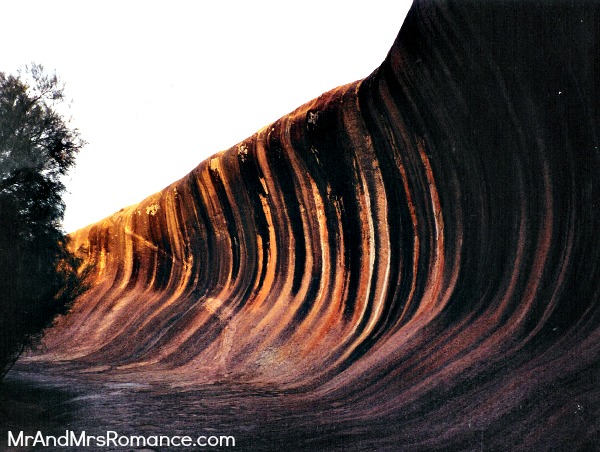 This crazy cliff looks exactly like a huge fossilized wave about to break on you. There’s no scale to this picture, but the rock hangs 15 metres above you and makes you feel really small. Found in Hyden, Western Australia, it’s another lucky victim of wind and rain erosion. When you go there, don’t miss the strange cave called the Hippo’s Yawn, just down the road. 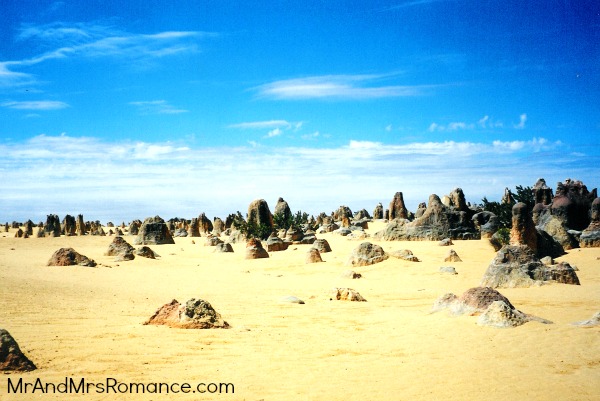 This creepy area of Western Australia near the beautiful beaches of Cervantes is like an enormous field full of stone spikes. These stone pillars have been slowly exposed as the soil erodes leaving the weather and time to sharpen into spikes. It’s an eerie place to visit.

The Bungle Bungles of the Kimberley, NW Western Australia 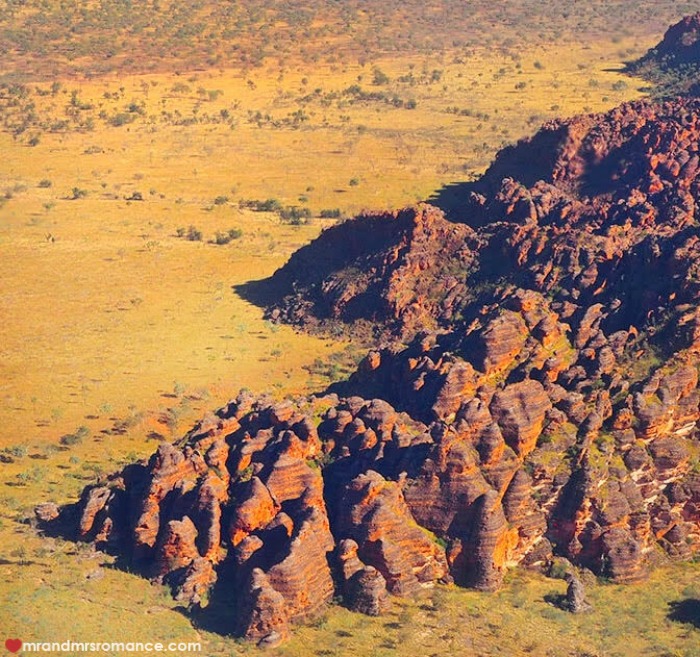 The Bungle Bungles are probably the weirdest and most isolated Aussie rock formations we’ve seen. It takes 2 days to get to Sydney from the nearest town – Kununurra – so it’s not too surprising that this mini mountain range was only discovered in the 1980s.

Once again, Bungle Bungles isn’t the proper name for this place. It’s thought that the name ‘Bungle Bungle’ is either a mispronunciation of this place’s true name ‘Billingjal’ or perhaps the name of a spiky shrub that lives in the area. That’s the problem with pointing and saying: “what’s that?”

These fascinating rocks appear out of the desert like giant beehives and are – unsurprisingly – very sacred to the local people: the Djaru. 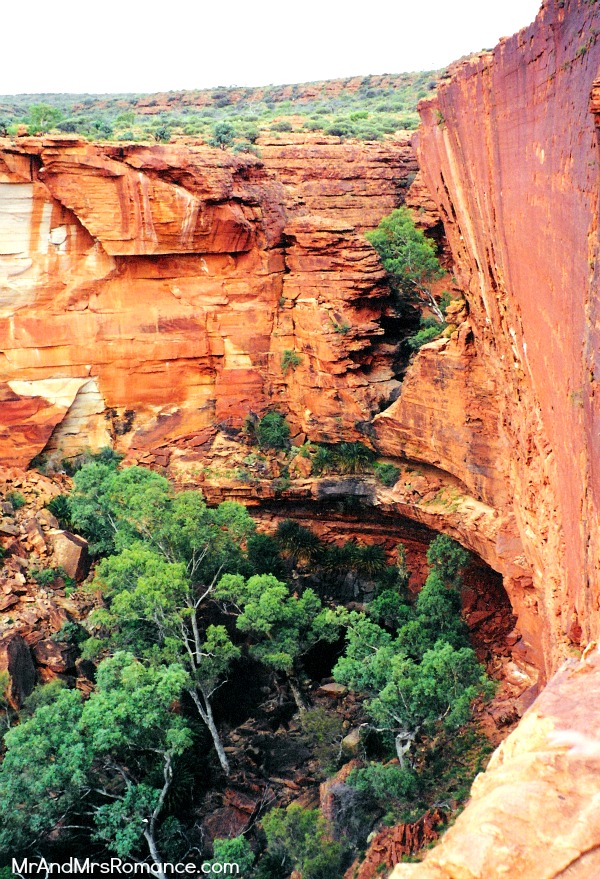 Hidden away in the Red Centre, this incredible canyon drops over 100m to the floor below, where you’ll find the Garden of Eden. It’s a sacred valley and series of waterholes to the Luritja people, native to this remote part of the Northern Territory.

So you’ve got two choices now, haven’t you? You can either get out Cameron Diaz’s full catalogue of work or get out and see some of these amazing places. I know which one I’d go for.

A new brain at Grain, Handpicked get arty and dinner with pals

At long last, it looks like spring’s coming to Sydney. Temperatures are going up as is the humidity. Ordinarily, I hate humid weather, but…