We consider ourselves pretty well-versed in yum cha Chinese food here in Sydney. We’re confident we could tell you the best places to go for dumplings… but something has happened that’s knocked us completely for six – actually there were ten of them. 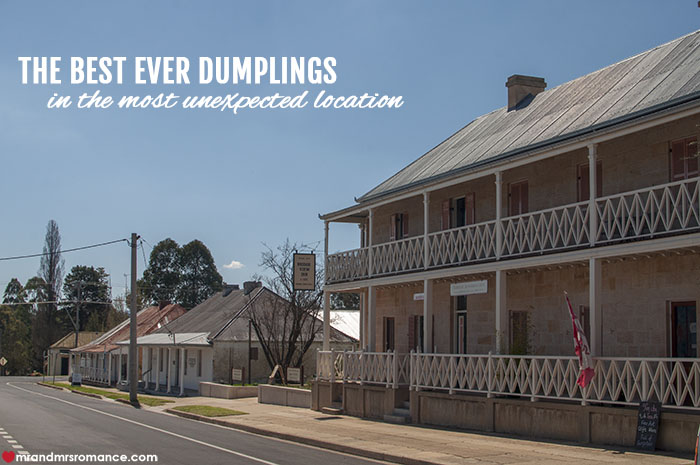 On our trip out to Mudgee recently, we had a tip-off to go to a little town called Rylstone for yum cha in a place called 29 Nine 99. At first we nodded politely, thinking that we’d found the dumpling zenith here in Sydney.

But slowly – after one person and then another told us we should go – we started to pay attention.

In the end, we’d booked a table for as early as possible on the morning of our drive back to Sydney. Rylstone’s kind of on the way from Mudgee anyway. Kind of. 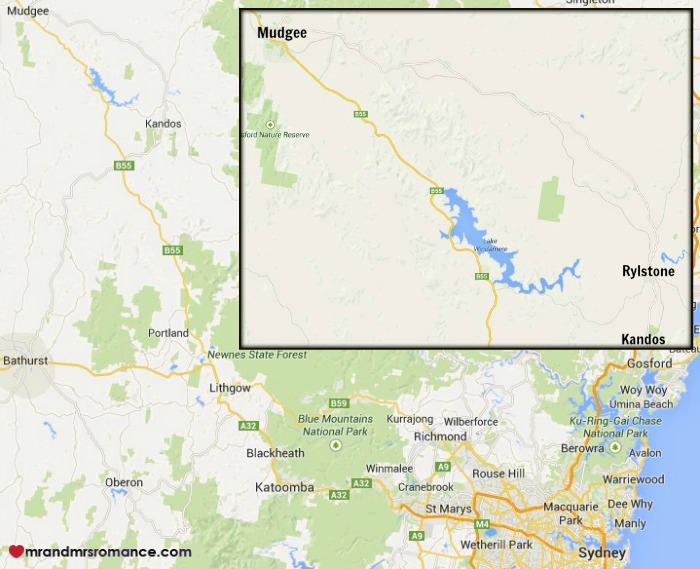 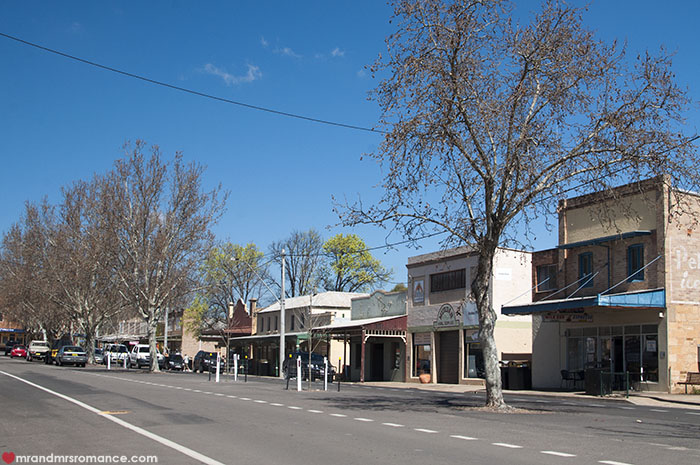 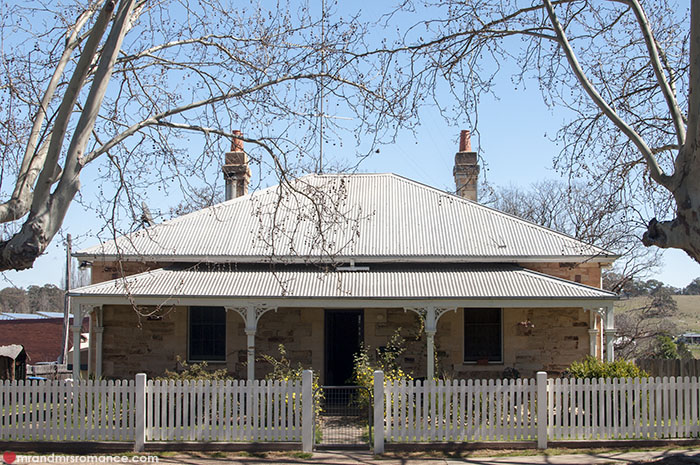 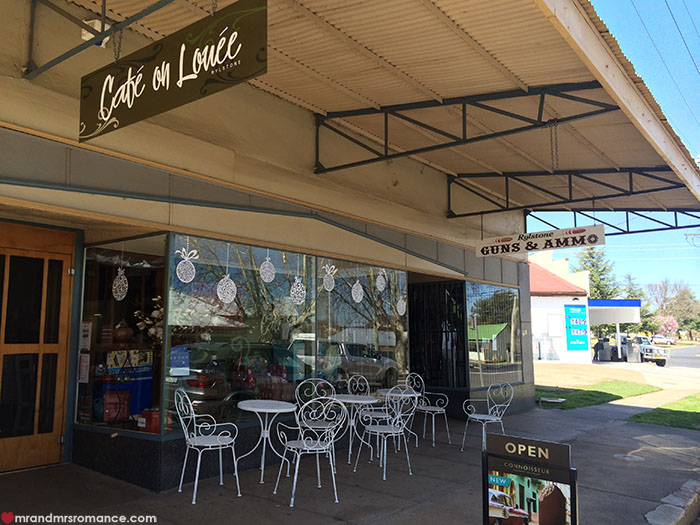 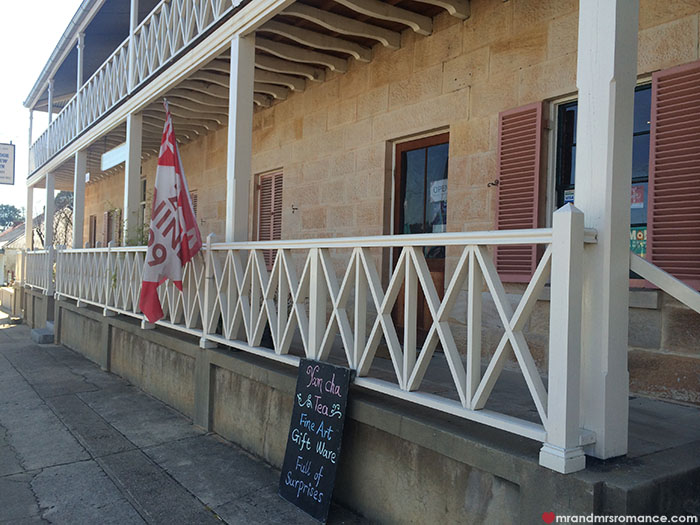 We pulled up in this cute one-horse town and hunted down this place everyone’s been talking about. It’s opposite the petrol station and the ‘Little Bottler’ bottle shop, and just down the road from the guns and ammo store.

The restaurant itself is in a beautiful old two storey sandstone building, which is also a country-style inn.

We were met by the lovely Na Lan, who opened this little gem in 1998 after moving to Rylstone from Byron Bay. She called it 29 Nine 99 after the date of her wedding. 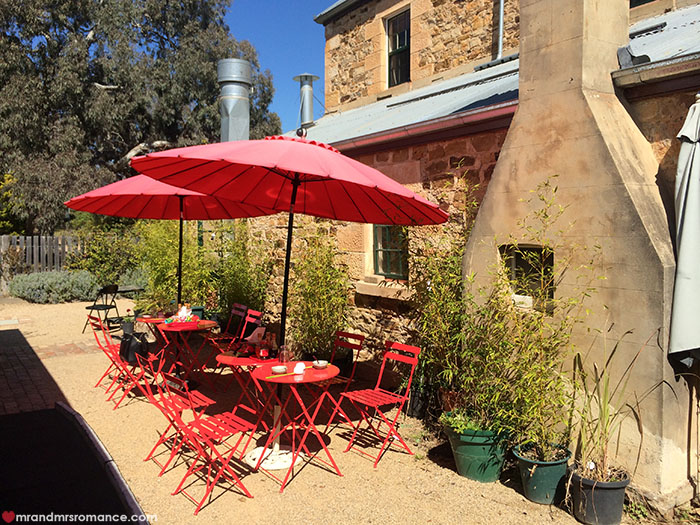 We chose to sit out in the little courtyard in the late morning sun while Na Lan explained the menu to us.

The idea is you decide if you can eat 6, 8, 10 or 12 dumplings then choose which ones you want from the other side of the menu card. My advice – order 12 and don’t even bother looking at the choices. Ask Na Lan to surprise you with a selection.

The same goes for the tea. Mrs Romance just ordered jasmine tea but – because I’m rubbish at deciding – I asked Na Lan to bring out whatever she liked. My infusion was some kind of black tea she’d brought back from her last trip to China and it wasn’t on the menu. It was kind of sweet and nutty, and a bit chocolaty – like chicory or wattle. 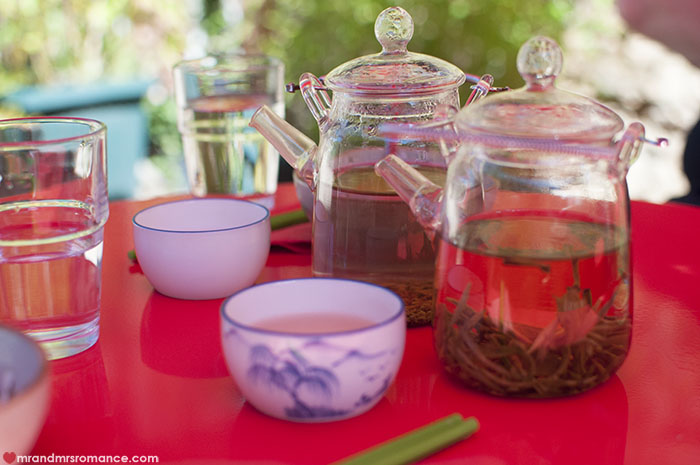 By the end of brunch, Mrs R had abandoned her tea was busy drinking all of mine!

When the dumplings came out – all of which are handmade by Na Lan and her crew the night before and then steamed to order – we were blown away.

Every single morsel was like a flavour celebration. So fresh, so cleverly made. Our stand-out favourite, the beef, carrot and leek dumpling, had so much depth and flavour, we were certain there was some kind of mad Willy Wonka magic going on in Na Lan’s little kitchen. 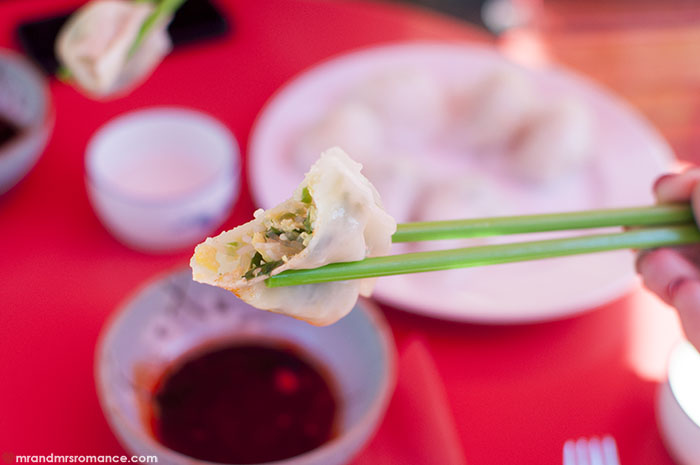 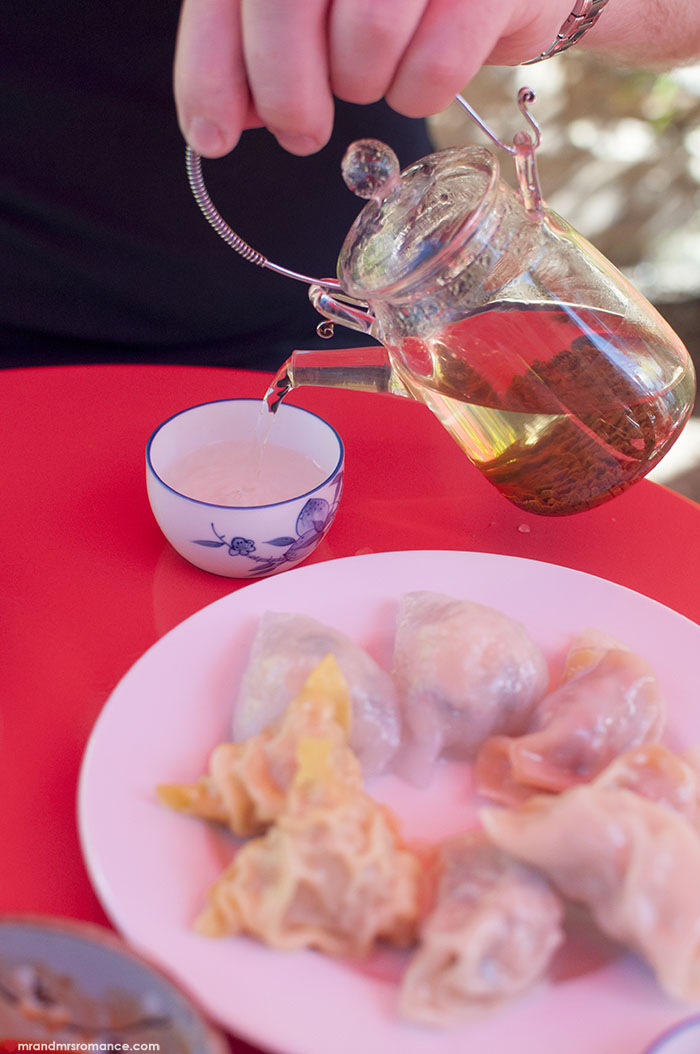 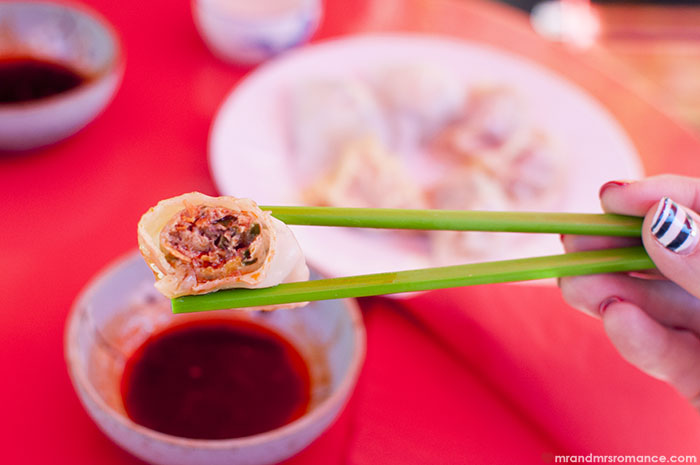 And oddly, if we’d chosen the dumplings ourselves, we would never have ordered beef, carrot and leek. I mean it really doesn’t convey the idea of a flavour paradise existing within that thin dumpling case, does it?

With our dumpling set also came dessert options. Mrs R went for the sweet black sesame dumpling. I chose a savoury finish and had a steamed pork bun, which was huge, doughy, sweet, sticky, crammed full of pork and sauce and thoroughly delicious. 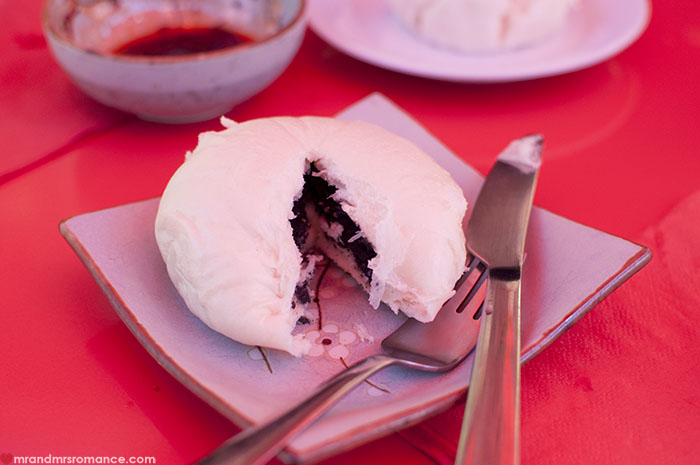 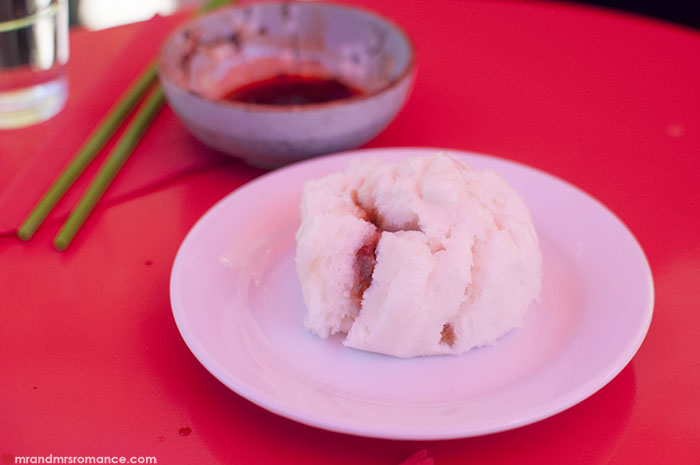 As we were finishing our meal, so the place started to fill up with the Sunday lunch crowd. Service was still excellent, but I think our early start really gave us the advantage of having Na Lan’s undivided attention and the place to ourselves.

So if and when you decide to make that trip to Mudgee, make sure you book up an early table in Rylstone. But be prepared to have everything you thought you knew about dumplings seriously tested. 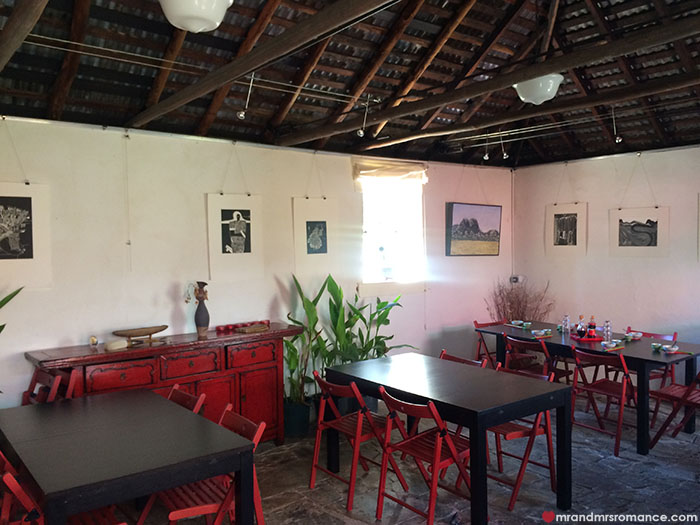 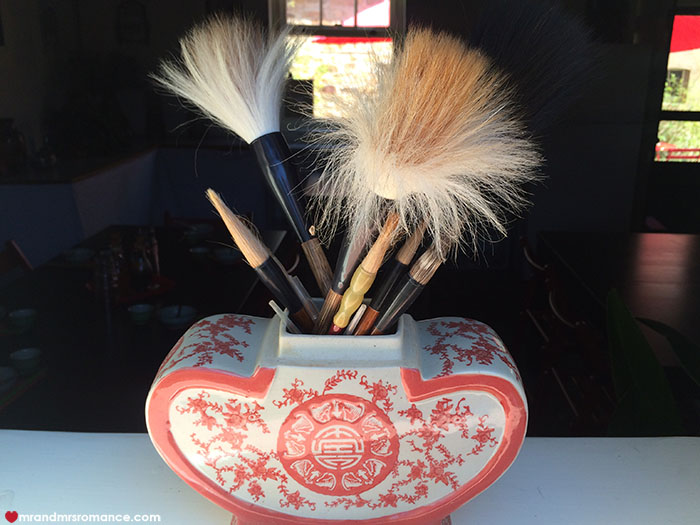 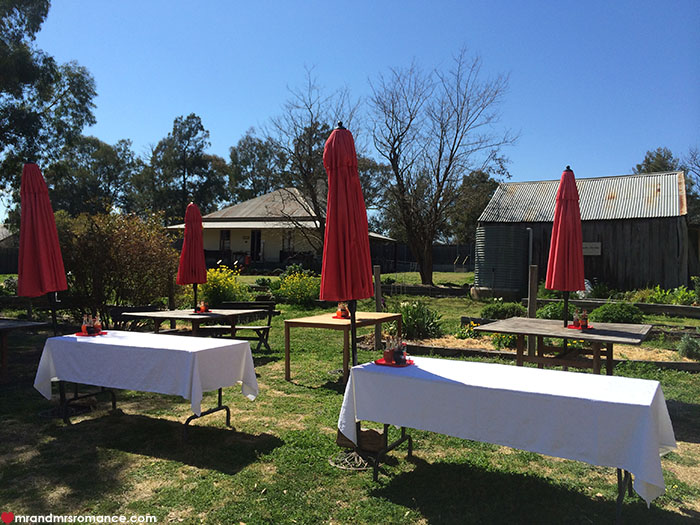 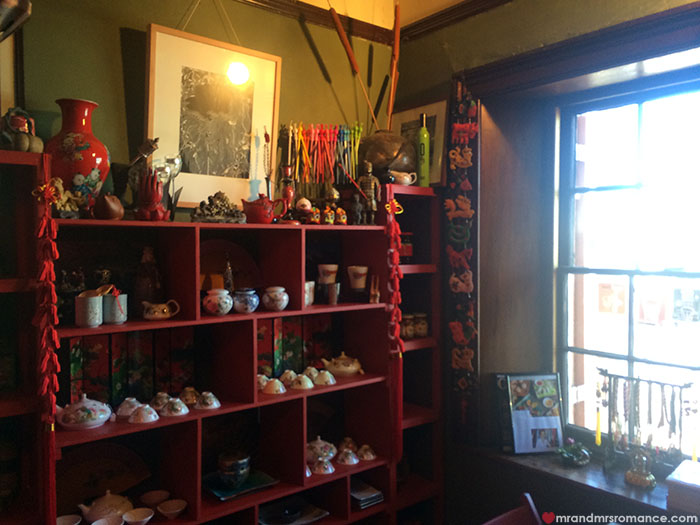 We ended up buying some of that tea as we paid the bill. Na Lan brings back lots of artifacts, odds and ends from her visits to China. The shop you walk through to get to the restaurant is full of retail temptation. Before you leave, make sure you spend a bit of time browsing the shelves.

Regulars also know to bring a cooler bag or an esky to 29 Nine 99; Na Lan sells bags of frozen dumplings she’s made. People come from as far away as Newcastle to buy up and cook at home, which I think is an excellent idea!

We didn’t know we could buy frozen dumplings, so we’ve decided not to have any other dumplings again for a while. We know we’ll be comparing every single one to Na Lan’s, and that’s just not fair!

Where are the best dumplings you’ve ever had? Are you a pork, prawns or veggie dumpling type? Tell us in the comments!

Our 5 Point Guide to Trying a Craft Beer