Something’s happened to make the top shelves of our local look so good, the cocktails at our favourite speakeasies taste especially punchy and our indie bottle shops take on a new lease of life. What’s doing it is Australia’s craft distilleries and the amazing things they’re doing. 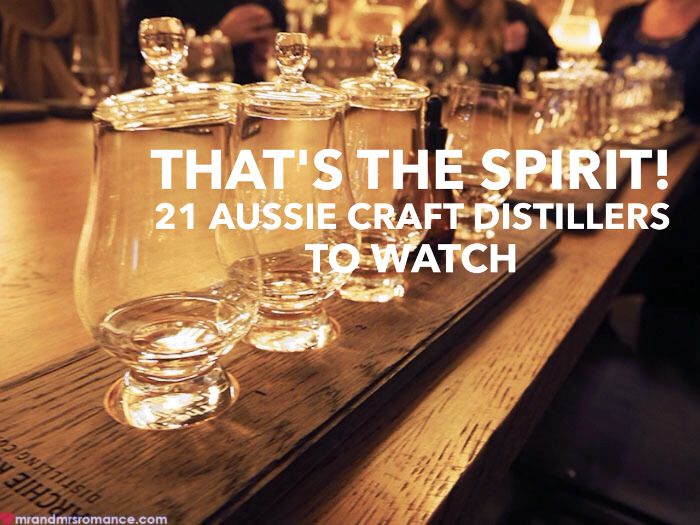 From an industry insider, here are 21 Australian distilleries that are doing amazing things. These are the ones to watch.

21 Australian craft distilleries you must look out for

The first distillery to open in Sydney for over 160 years, this small-batch outfit is making some great vodka, gin and white moonshine, but the aged whiskey and rye they’re working on is going to be excellent.

Best of all, head to the distillery in Rosebury for a tour then visit the bar they’ve opened there. It’s a cracker.

Bakery Hill produces an amazing array of single malt whiskies and has done since 1999.

Owner and head distiller Peter Bignell really is one of a kind. His mad scientist approach to distilling is making some beautiful white, a truly great peated rye and an amazing ginger whiskey.

Peter is the only distiller in the world who heats his still with biodiesel from his café, the leftover rye grain is fed to his sheep which make fertilizer for his next crop.

There’s also some very interesting quandong liqueur coming from the Hollingworths and their vodka’s apparently quite tasty too. 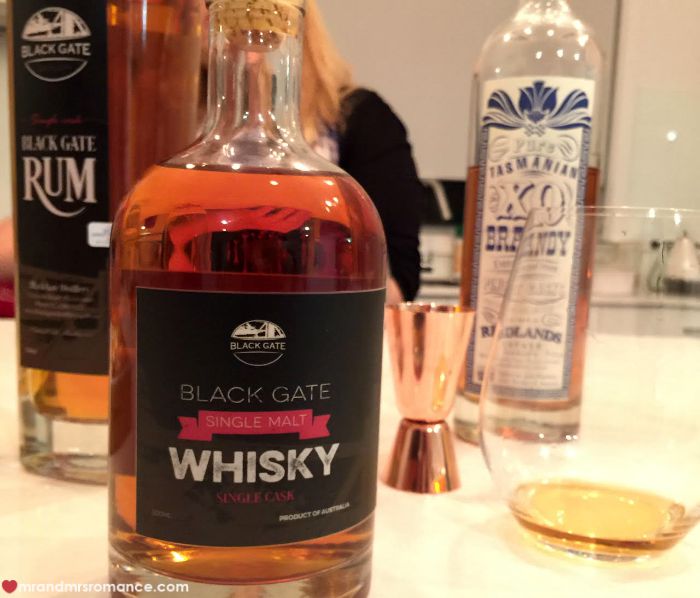 A father and son team, the Castagnas have focused on vermouth. They’re using the grapes they grow on their vineyard and infusing over 30 botanicals also grown on their property.

Only opened in November 2014, these guys are starting to turn out some very smooth single malt whisky.

A beautiful distillery creating a huge range of different types of spirit. Anything from absinth and grappa to gin, whiskies and brandy, the grain they use comes from the local area of the southern wheat belt.

The wheat-based vodka these guys are making is very soft and full of flavour. If you think vodka doesn’t have a flavour, you should try some of this stuff.

I never thought vodka tasted of much either but my mind was flipped when I met the lads from Small Mouth Vodka.

If you’re looking for salt of the earth, you can’t get much saltier or earthier than Spike, who owns Hoochery. He runs Western Australia’s longest running legal distillery out of Kununurra, where he’s lived since 1972.

The rum Spike brews here is free from everything other than great ingredients and a lot of love.

The gin and whisky has only been coming from this country-town distillery since March 2015 but they’re already making an impression. 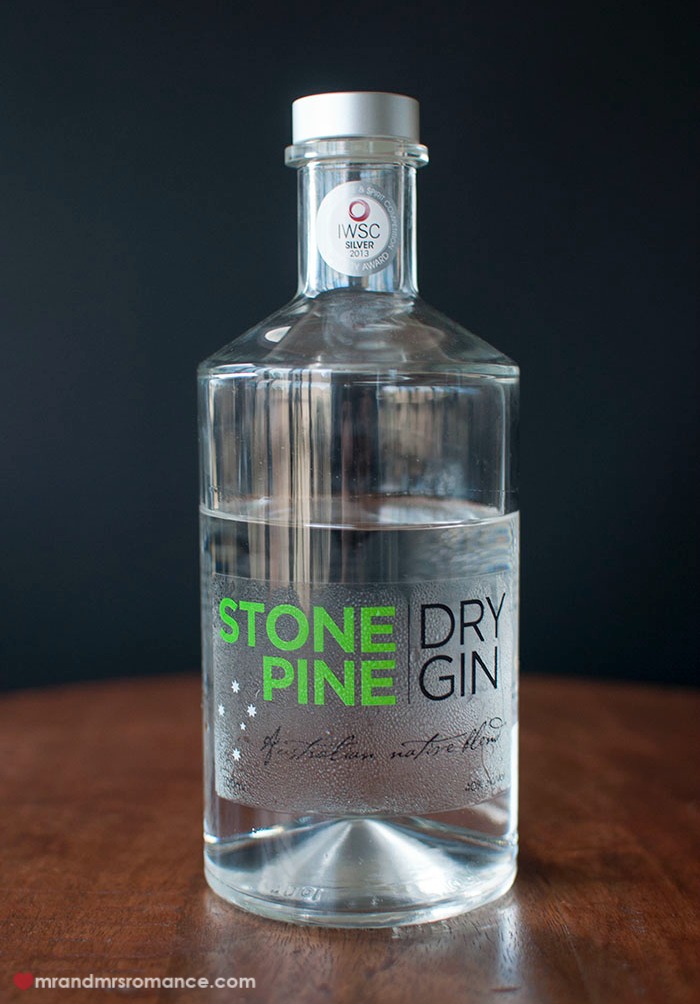 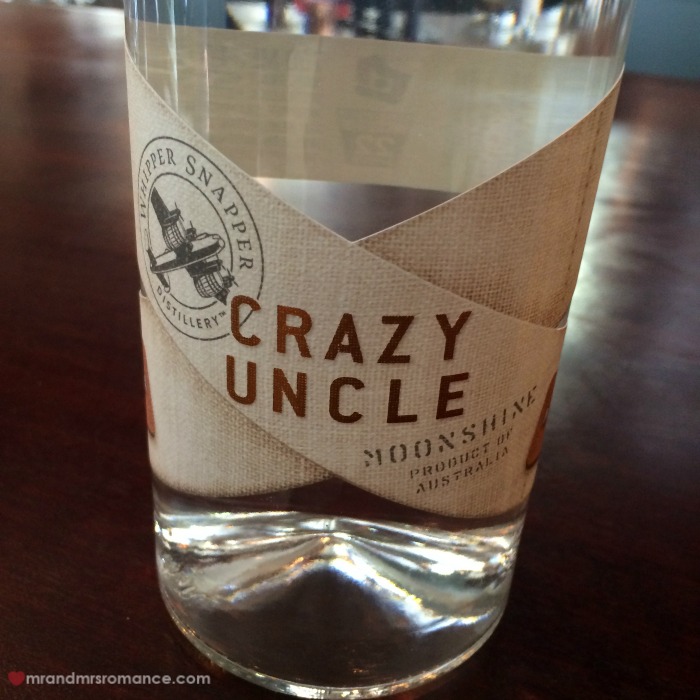 A slightly more instated ginnery, MGC’s gin is excellent. We first tried this stuff when in Melbourne for The Gin Queen’s first ever gin-tasting session and were suitably impressed.

Mount Uncle also has a number of other brews such as a single malt whiskey called The Big Black Cock and a marshmallow liqueur called Sexy Cat. Very amusing – but very tasty too.

I also love the sugar cane molasses rums – Platinum and Iridium – and their vodka’s not bad either.

Full of strawberry and green apple flavours, Poor Toms gin all comes out of the 200 litre still owners Jesse and Griffin bought with all the money they had.

They recommend a strawberry garnish with a Poor Toms G&T. Sounds good to me!

Owner Dean grows his own barley to make into the single malt whisky coming from Redlands’ stills. They also make an interesting range of liqueurs and schnapps that are worth checking out.

From an estate that dates back all the way to 1819, the distillery here is now back on the burn producing a Tasmanian dry gin. By 2018 the promise is for a single malt triple distilled Irish style whiskey.

A labour of love, the whisky coming from the Starward still is golden, fruity and sweet.

The London dry gin from Stone Pine is worryingly easy to drink, as is their rum. But the spiced rum that head distiller Ian Glen has made called Dead Man’s Drop is something else. 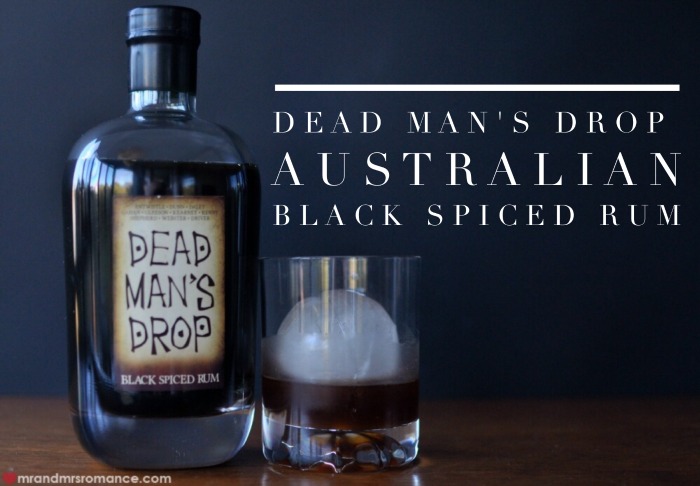 I was lucky enough to be in Perth to see this excellent little distillery being opened. Its first spirit – Crazy Uncle – is a tough white moonshine whiskey but the barrel-aged stuff coming out now is smooth, flavourful and very drinkable indeed.

This family-run distillery is in fact the most southerly distillery in the country. The range of gins coming from the McHenry stills are award winners for a reason, and the whisky set for release soon is bound to be excellent too.

Previously only known for his craft beer, Richard Adamson now produces his own gin Noble Cut. It’s the only gin currently in Australia to use a hop-based spirit instead of a grain-based one. The result is quite different to most gins you’ll taste and well worth a try. 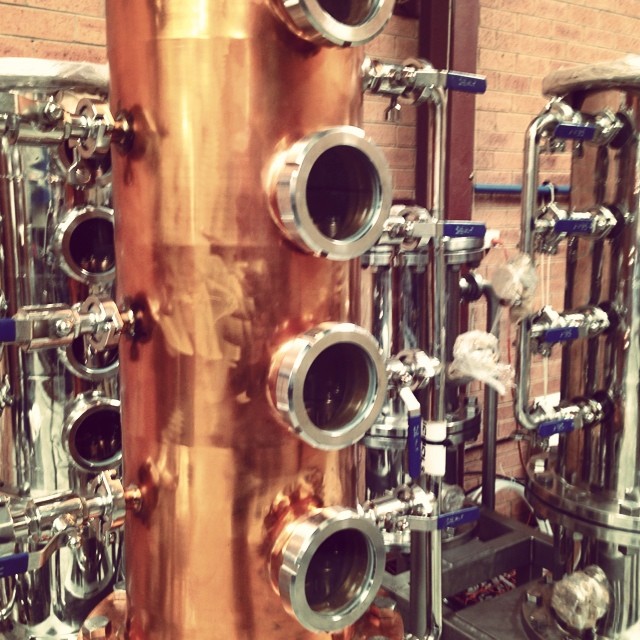 With so much happening in the Australian craft beer and spirits industry, it’s a very exciting time to be of drinking age here in Australia. With records being smashed everywhere by these little Aussie firms, going out for a drink isn’t going to be the same.

If you want to try these brands and find out more about what’s happening in the craft and boutique drinks world, check out Top Shelf Festival in Melbourne. Most of these guys will be there.

Look out for the Nip of Courage crew, who’ll happily talk you through most of these brands and what they’re up to. 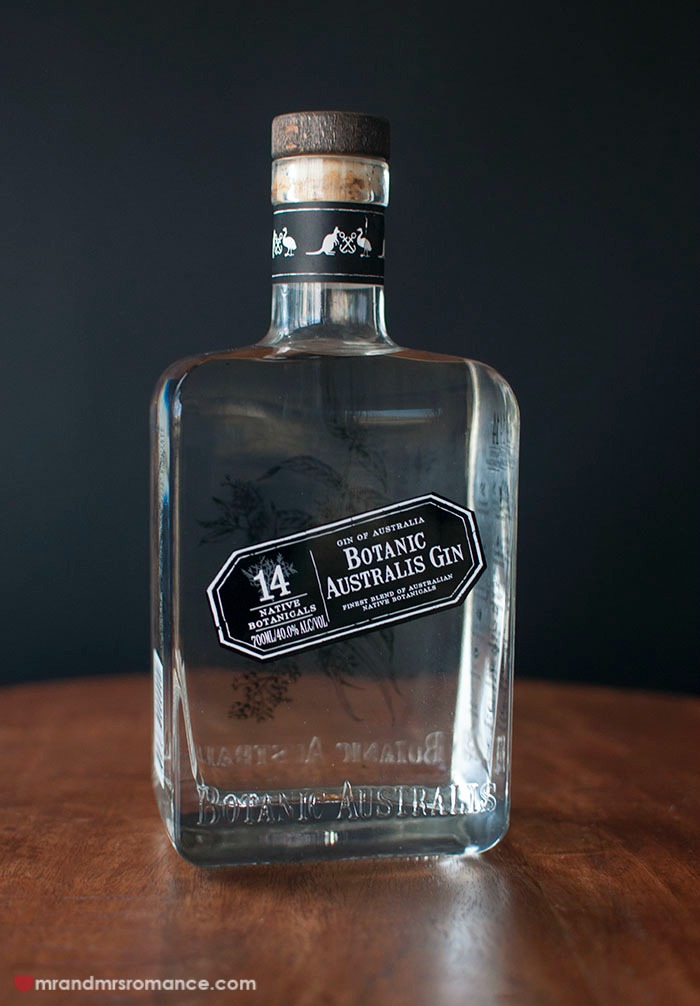 Do you have a favourite craft spirit? What’s your preferred tipple? Tell us in the comments!

Only 2 and a half hours north of Sydney, Port Stephens is an easy destination for people wanting to get away from the quick…