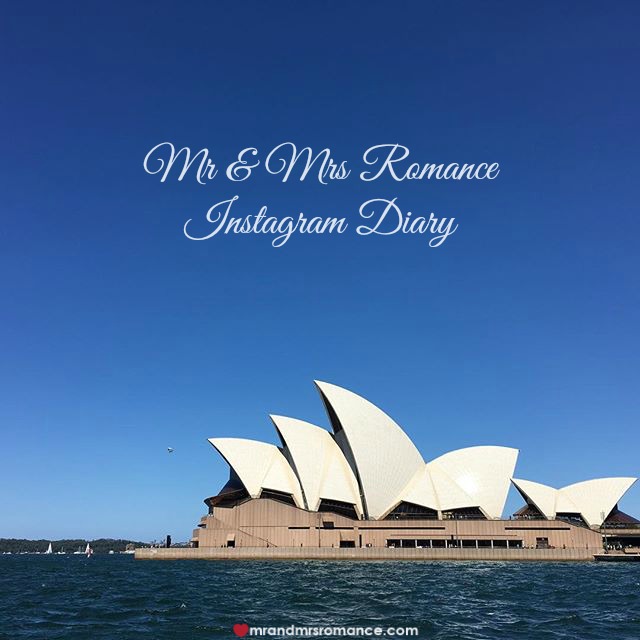 It seems like forever since we last spoke – I suppose it has been really. Not since last year in fact. I hope you haven’t missed us too much.

It’s been quite strange not publishing anything for some 4 weeks, but thanks to the threat of good ol’ burn out and an overseas trip, it’s been more of a necessity than something we wanted to do.

But beyond all that, we were still busy on Instagram, and to prove it and to have a quick catch-up with you, here’s what went down over Christmas and the New Year – oh how long ago that all feels now! 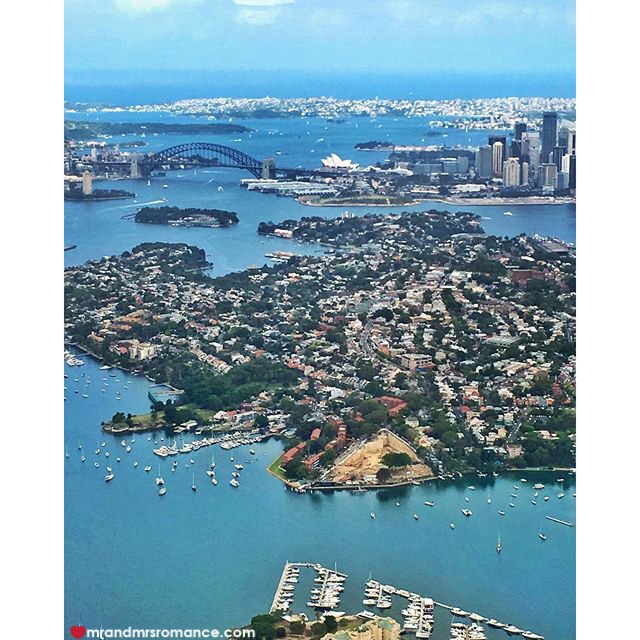 Straight off the bat I’m heading off to the UK to spend Christmas with my dear old mum and dad. It’s just me going this time leaving Mrs Romance to her own devices in the Sydney summer. I’ve got a feeling she’ll survive! 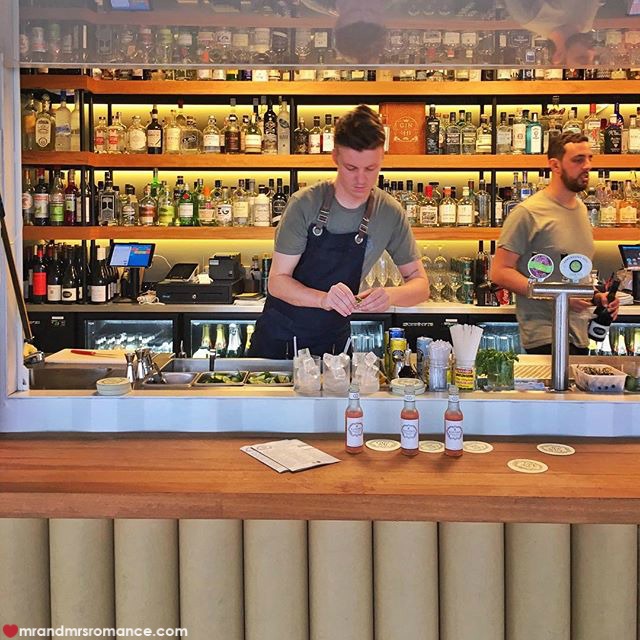 Just as I suspected, Mrs Romance is having probably a bit more fun without me than I was hoping. She’s out exploring the new bars and eateries in Barangaroo, Sydney’s latest waterside development. When it’s all finished in 2017, it’ll be Sydney’s premier night spot.

In the meantime, the drinks at Gin & It (now permanently closed) are flowing beautifully, and Mrs Romance is in good company, drinking with Kath from Nip of Courage and Brian and Genise from Black Gate Distillery. 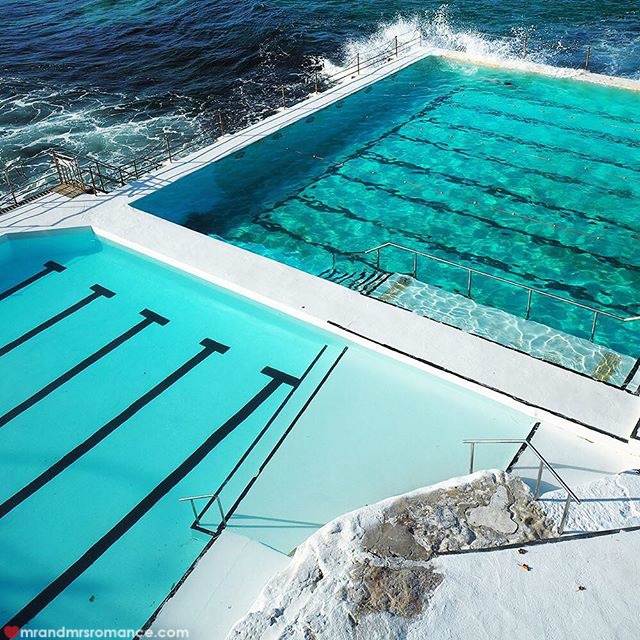 Oh woe is she – Mrs Romance is lamenting the poor state of affairs of the pre-Christmas Sydney summer. Looking at pictures like this won’t help her. She should know that.

Instead, she should take a page out of my book and look at pictures like this: 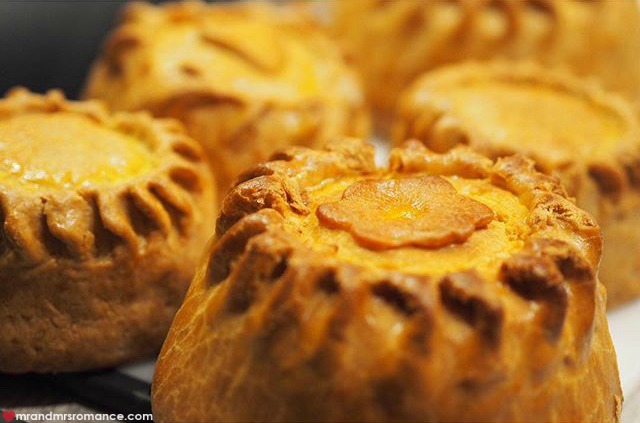 Now that’s more like it. Here’s something I intend to eat quite soon. To stave off the chills of the English winter of course. In fact I’ve got very little to complain about. It’s late December but temperatures are still warm enough to avoid the use of things like gloves, hats or scarves. In fact, I’m even managing to spend short periods outside without a coat!

What’s going on with the world.

Anyway, these pies (chicken and ham on the right, traditional pork on the left) are from a place called Leigh’s Fine Cheeses somewhere out in the Essex countryside.

I’ve got a feeling I might have to take up jogging in the new year! 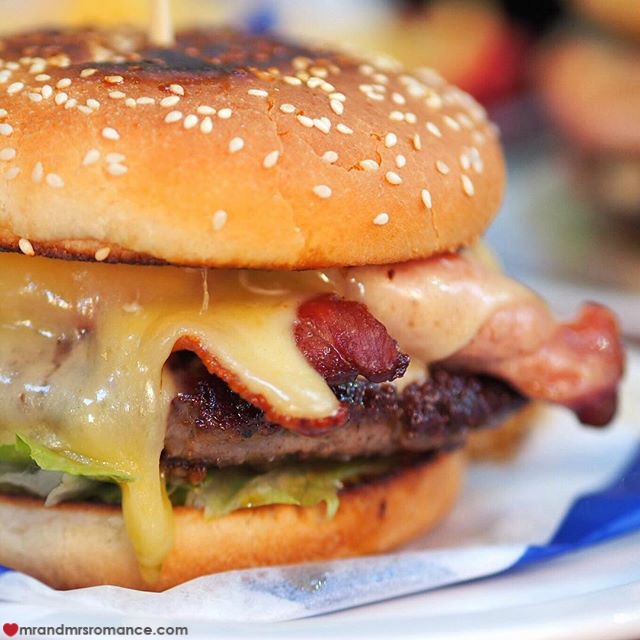 Yep. Definitely jogging. And maybe put in for some stents too.

My mum’s been going on about the burgers here at Lunch by Lancaster’s in Colchester for ages and I’m not disappointed. I’m sadly not hungry enough to go for anything too adventurous but this double bacon cheese burger is smokey, cheesy and delicious. That bacon is the best I’ve eaten in a long time.

They also do a Man vs Lunch burger challenge here… maybe next time! 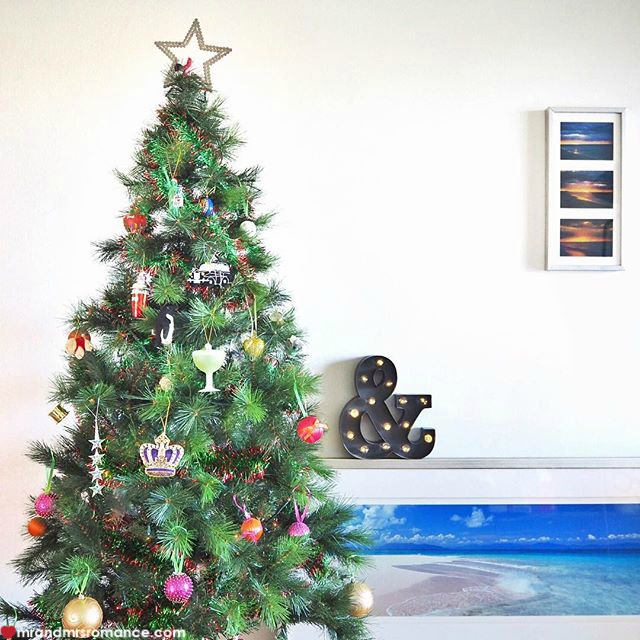 And this is it, folks! Merry Christmas! What you’re looking at here is our best festive efforts. We like to use our Christmas tree to not only celebrate the gaudy glam that Christmas really is but also as a kind of memory chest of our travels. We try to find a Christmas decoration to hang in all the places we visit. And the uglier or chintzier the better! 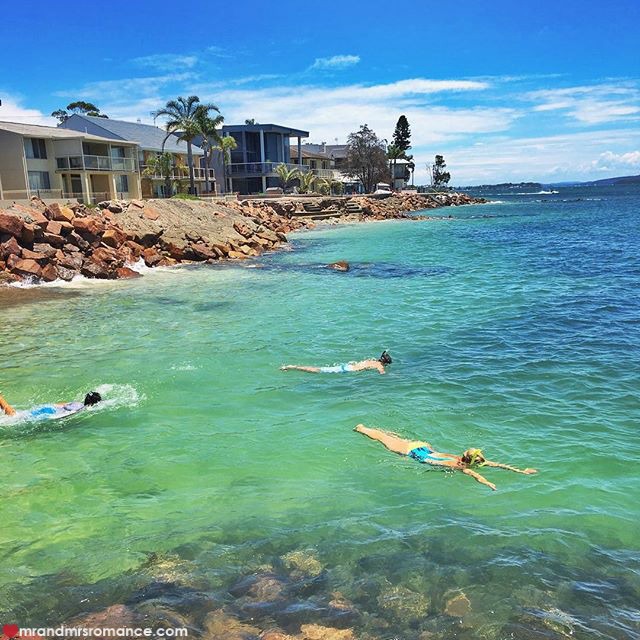 This Christmas is turning out to be so interesting. Here’s Mrs Romance’s Christmas Day. Beautiful clear water, snorkelling and sunbathing. Her beachside break is looking very enviable… 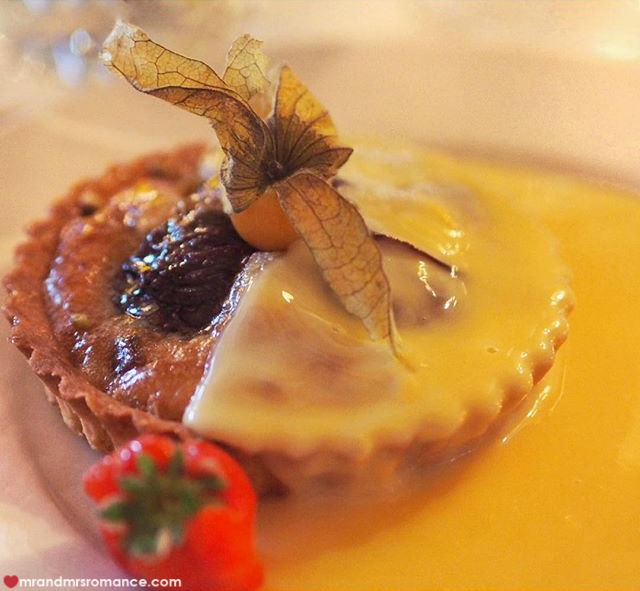 However, my custard is looking even better than that! Christmas lunch with Mum and Dad is something I’ve been looking forward to all year and none of us are disappointed. It’s so good just to have the three of us together to chat, laugh, reminisce and eat all the pies! 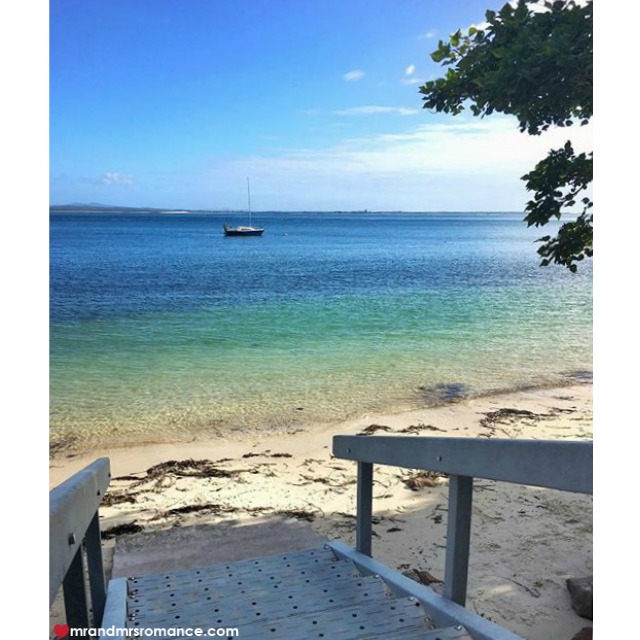 Far from being competitive, Mrs Romance is cranking things up while I’m busy gorging myself on Mum’s best mince pies and sausage rolls. 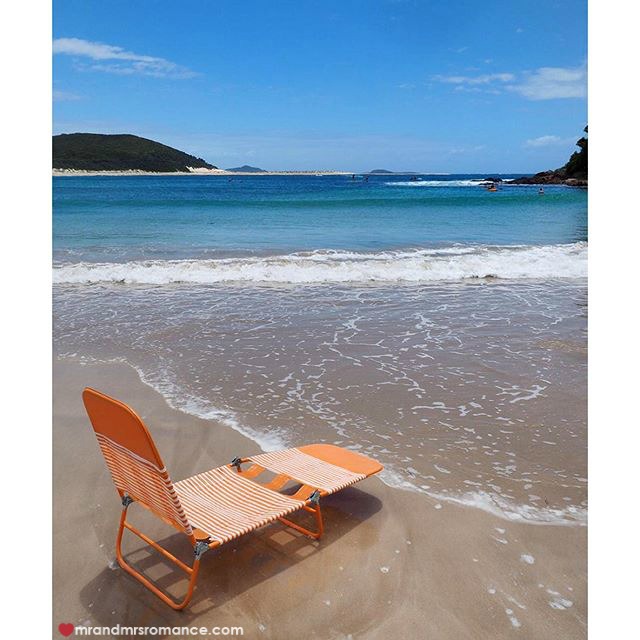 Yes, yes. Ok, I see you are warm and I am not. Thank you, Mrs R. That’s enough. It’s probably really sweaty where you are anyway. And think of all those dangerous sea creatures waiting in the watery depths to leap on you and kill you. This is what we English call ‘rationalising’. Why do we endure cold winters? Because Australia is just way too dodgy on the killer wildlife front.

Yeah, it never had me convinced either. 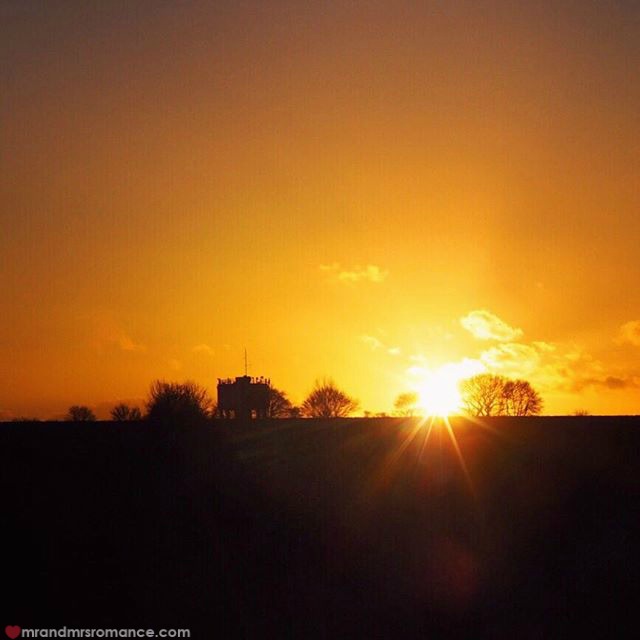 But England can turn it on too, y’know. This is sunset over the Cambridgeshire countryside. At about 2:30pm. I can’t believe I lived here for so long! But you have to admit, this is stunning. 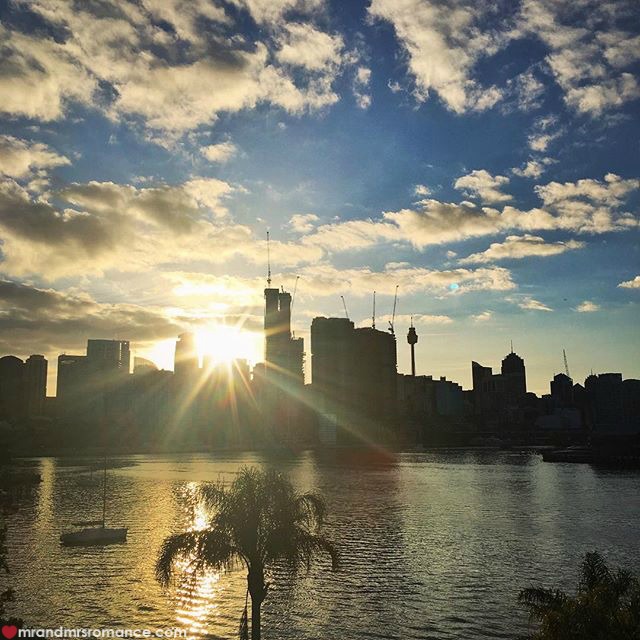 On the other side of the world, Mrs Romance is waking up to this crisp, clear sunrise. It’s the last one of 2015. What a good job it’s a cracker! 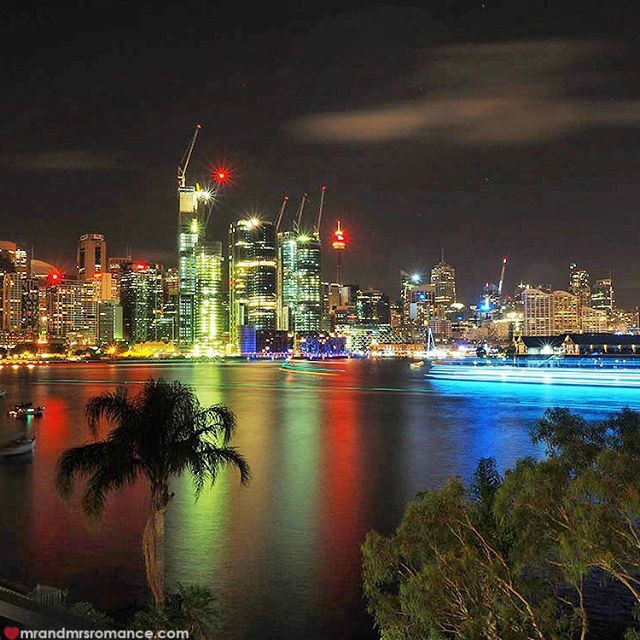 And that’s all folks. The end of a pretty good year all in all. If you don’t believe us, here’s our top 20 chart of your favourite posts of 2015. We hope you’ve had just as good a year if not better.

We’ve got one more catch-up Instagram Diary coming up next Monday we hope you’re looking forward to. In the meantime, have a lovely weekend and – I hate to say it – a great start to the second half of January!

Where to drink in Milan – Terrazza Aperol

Milan’s duomo – the Milanese Cathedral – is one of the most important pieces of medieval architecture in the world. As we sipped on…