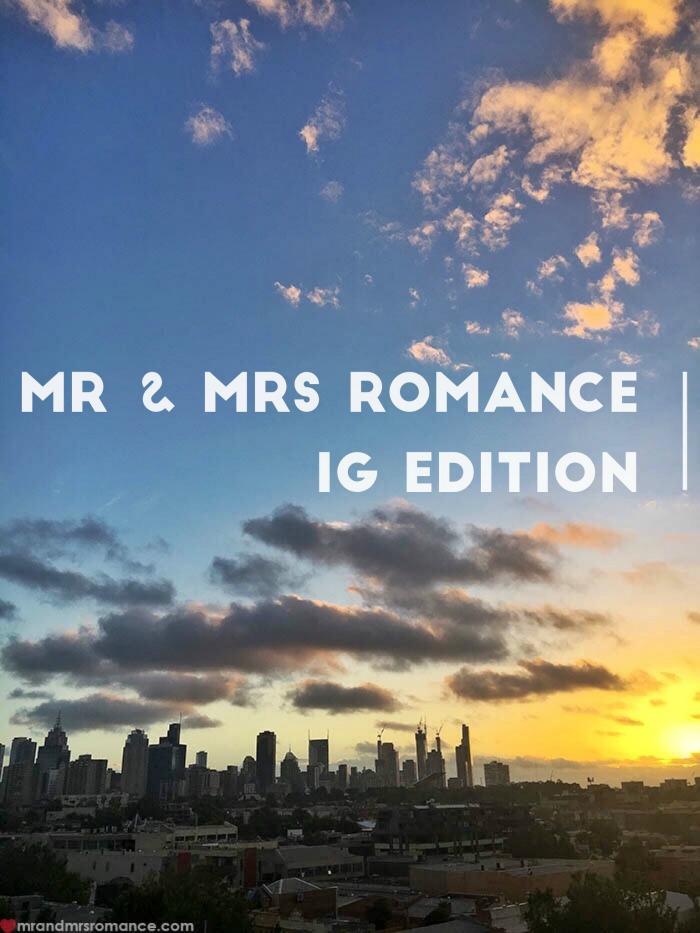 It’s always a confusing question when someone asks us if we’re travelling for business or pleasure. Because of what we do, it’s pretty much always a bit of both.

This week’s IG Edition is mostly about our super-quick trip down to Melbourne to work of course, but also to see friends, family, new babies and a mate who’s only just moved south of the border!

We hope you enjoy our latest IG Edition. We’ll see you next week – and that will be from the beautiful Japanese island of Okinawa! 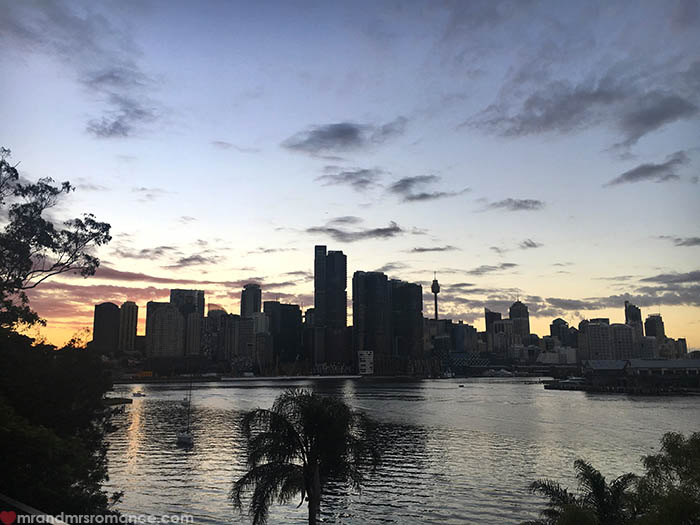 I don’t think we’d thought this one through properly. Especially considering Mrs Romance’s propensity to fret before a flight.

Our departure time for Melbourne this morning has meant we’re up well before dawn – which is how Mrs R has got this beautiful shot of sunrise.

But you see, she has this terrible habit of worrying so much before a flight we end up at the airport hours before the plane’s due to take off. It’s meant we’ve never missed a flight, but it has also resulted in me missing a lot of hours’ sleep, which is much more important in my book! 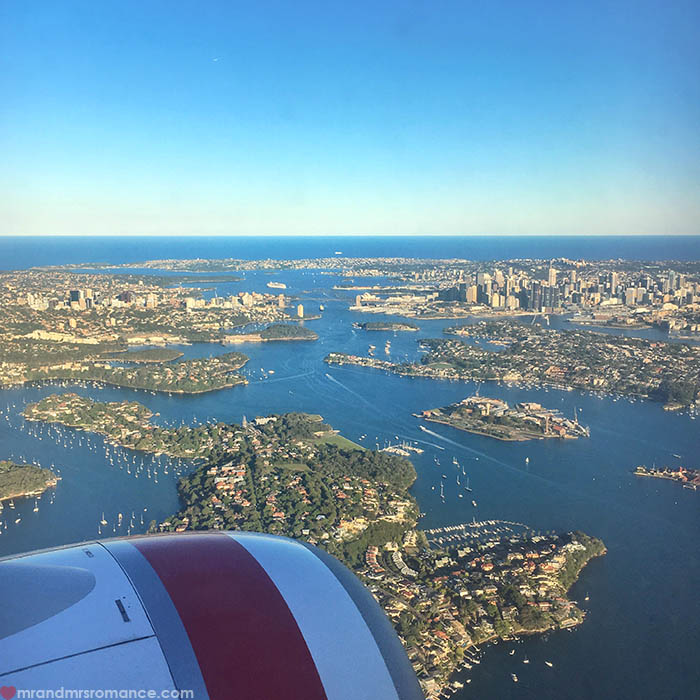 NB: while we were away, Sydney was hit by tremendous storms with reports of hailstones the size of tennis balls falling from the clouds! 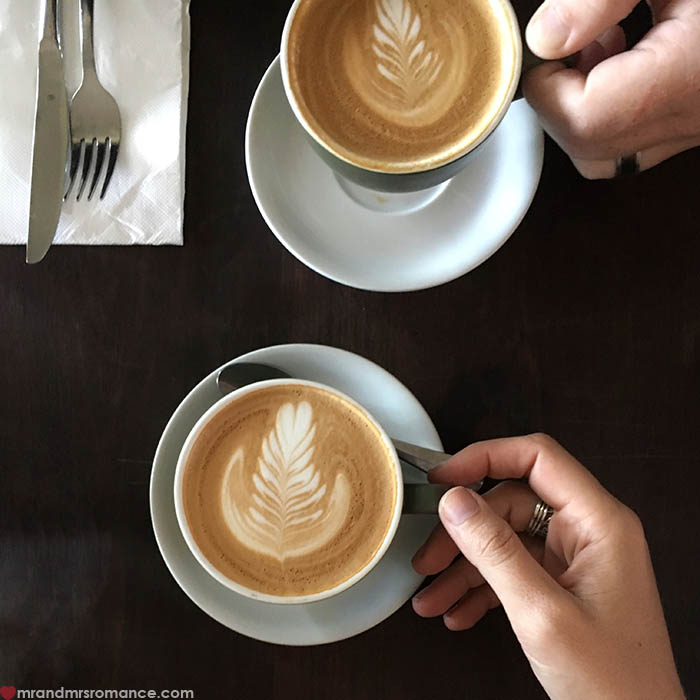 It’s not long (about an hour and a half in fact) before we’re neatly deposited in Melbourne and the first thing to do is caffeinate. Of course, I’ve had at least one coffee before we left Sydney, but that’s not enough. Not by the longest shot.

Plus why wouldn’t you drink as much coffee while you’re in Melbourne? It has a reputation after all. 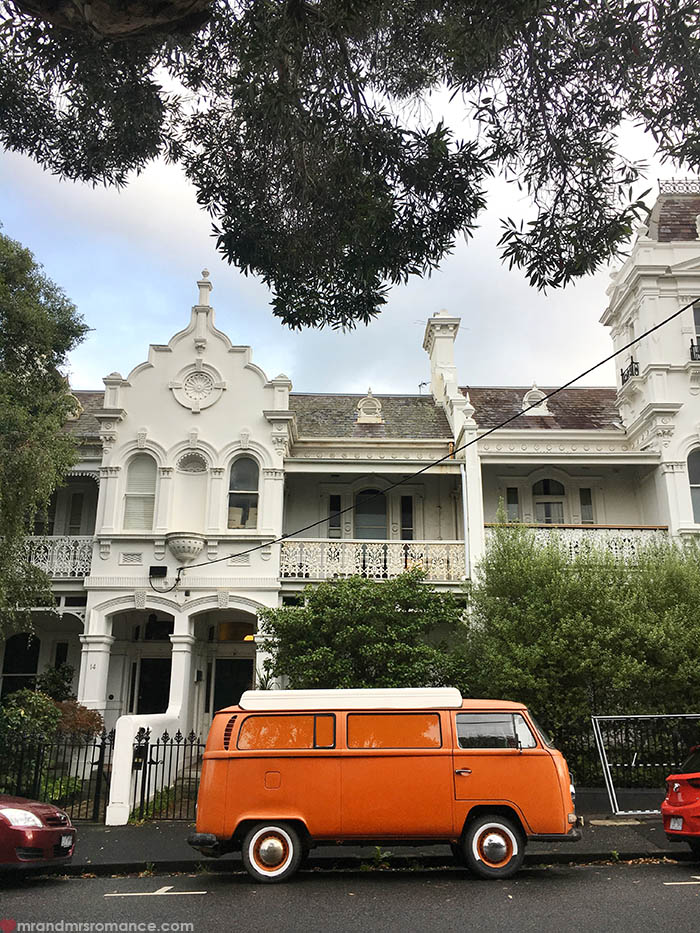 After a night spent with our lovely friend Carly from Smaggle.com and her man Ben (we also managed a quick catch-up with our other lovely friend Kate from Secret Bloggers’ Business), we’ve relocated to the Melbourne’s beachside suburb of St Kilda.

We’ve been here once before to check out a little hotel called the Cosmopolitan, but that was ages ago and only for a night.

This time we’re able to explore its streets more and see what this little place has to offer.

By the way, people who live pretty much anywhere else in the Melbourne area – Carly, I’m looking at you – will just outright refuse to come to St Kilda. To them it might as well be the other side of the planet! 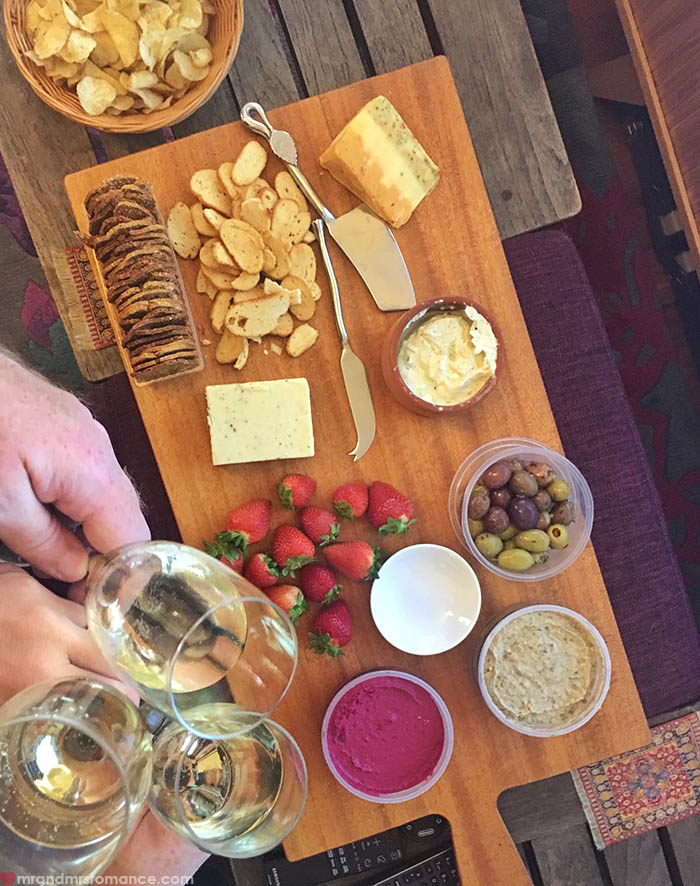 We’re in St Kilda this time to see our mate Jess and her new pad. She’s only just moved here, so we thought we’d come and disrupt her life a bit more by overstaying our welcome as much as possible!

It’s started off well though, with this delicious assortment of cheese and dip goods. Maybe she’s genuinely happy to see us. 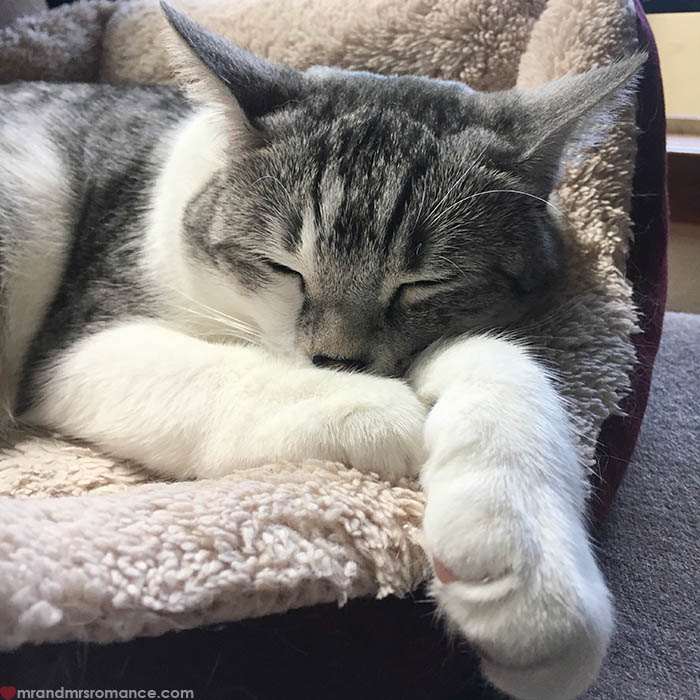 One person who doesn’t seem too bothered either way is Jess’ cat Kismet. Isn’t she sweet? Even by Leash Cat’s standards, this one’s cute. 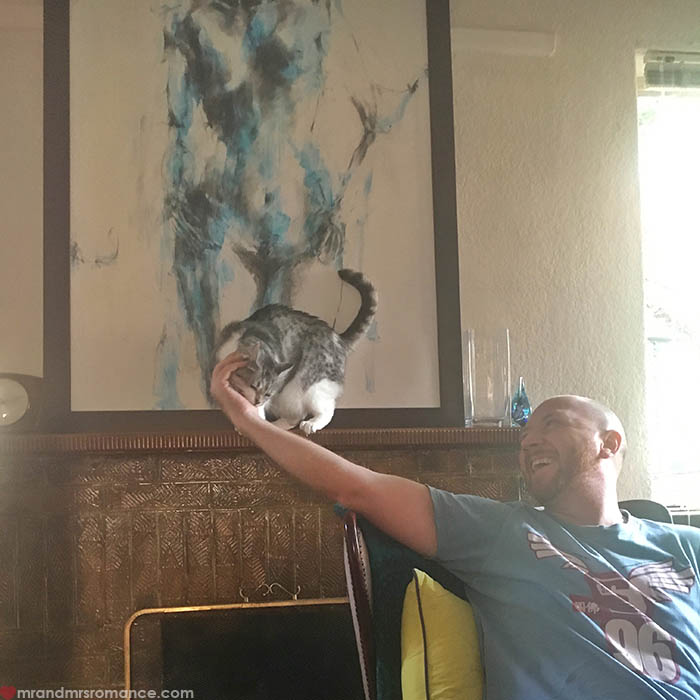 Kismet and I have a clear understanding. I stroke her for a while then she bites me. Seems fair. 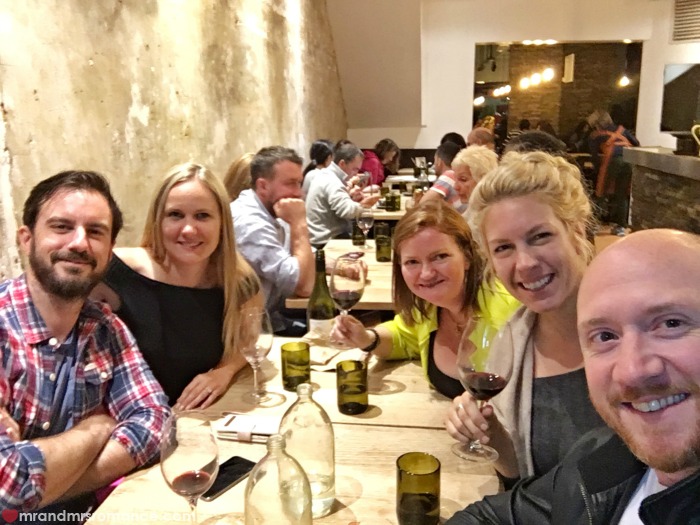 Tonight, we’re out with our friends Amy and Jake. And Jess of course! We’re having dinner at Amigos Acland and it’s pretty good. Though I’m a bit of a mug for Mexican anyway! 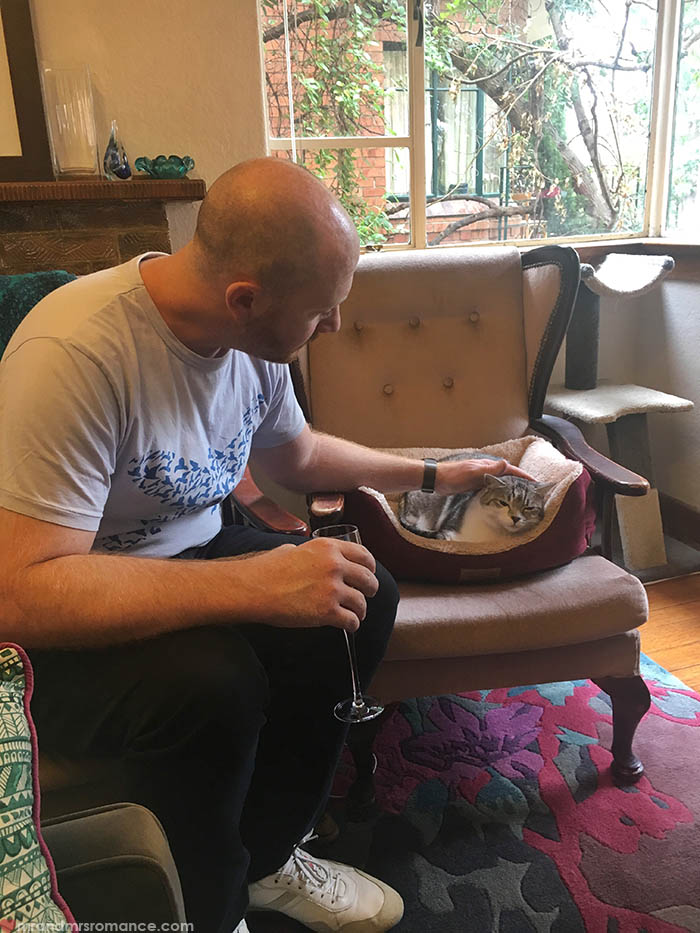 Back at Jess’ house, I can’t resist another little play. And Kismet doesn’t seem to mind too much – though she keeps trying to nick my sparkling! 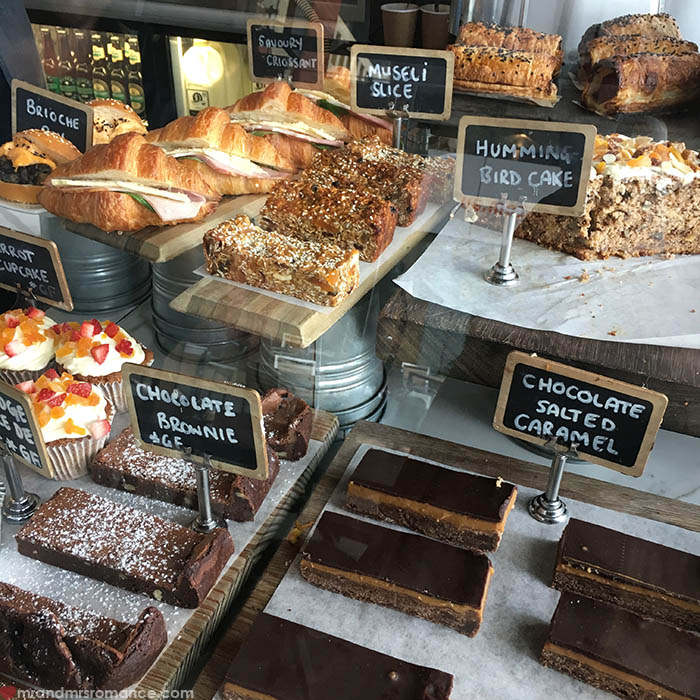 It’s the morning after and we’re all feeling a bit worse for wear. I think it was that last glass of champagne… or maybe the one before that. Anyway, we’ve forced ourselves out of the house to explore St Kilda.

Jess has taken us to Fitzrovia – a very cool café near the water on Fitzroy Street. The cakes by the front door promise us an excellent breakfast. 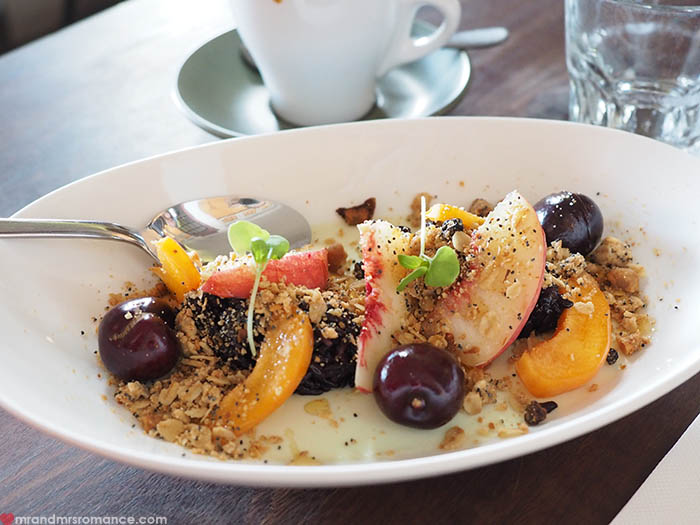 Jess has ordered easily the most photogenic dish of the morning. Her granola with stone fruit and fresh yoghurt looks amazing. 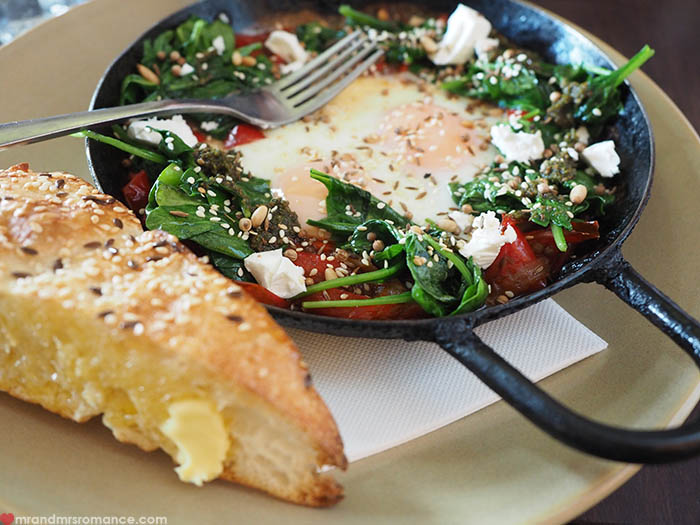 And then Mrs Romance ups the ante with her Persian baked eggs, feta, harissa and house-made bread. I’m almost dreading mine coming out – how can it get better than that? 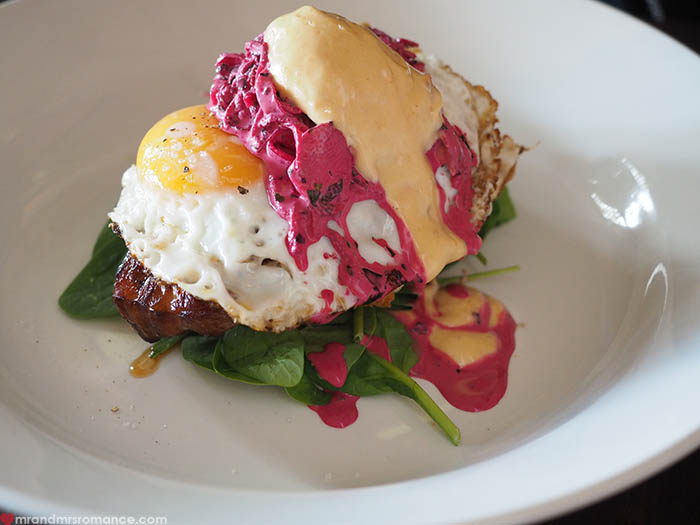 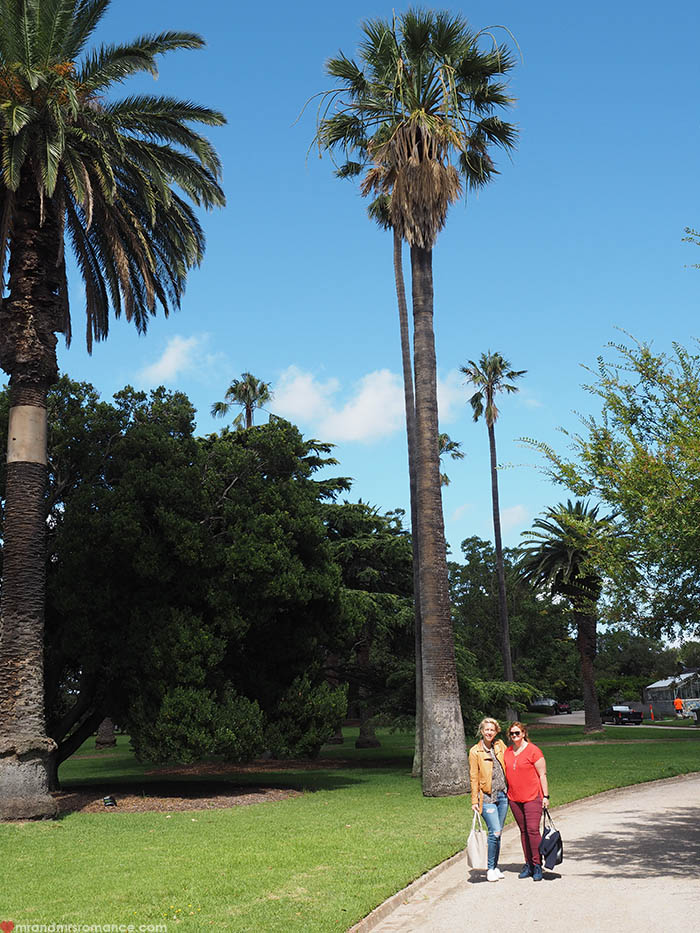 After brunch, we’ve decided to help the food go down a bit with a stroll around the suburb.

We walk out to the pier, where they have a colony of Little Penguins by the way, then all the way to the St Kilda Botanical Gardens. It really doesn’t feel like we’re in Melbourne at all let alone so close to the coast. 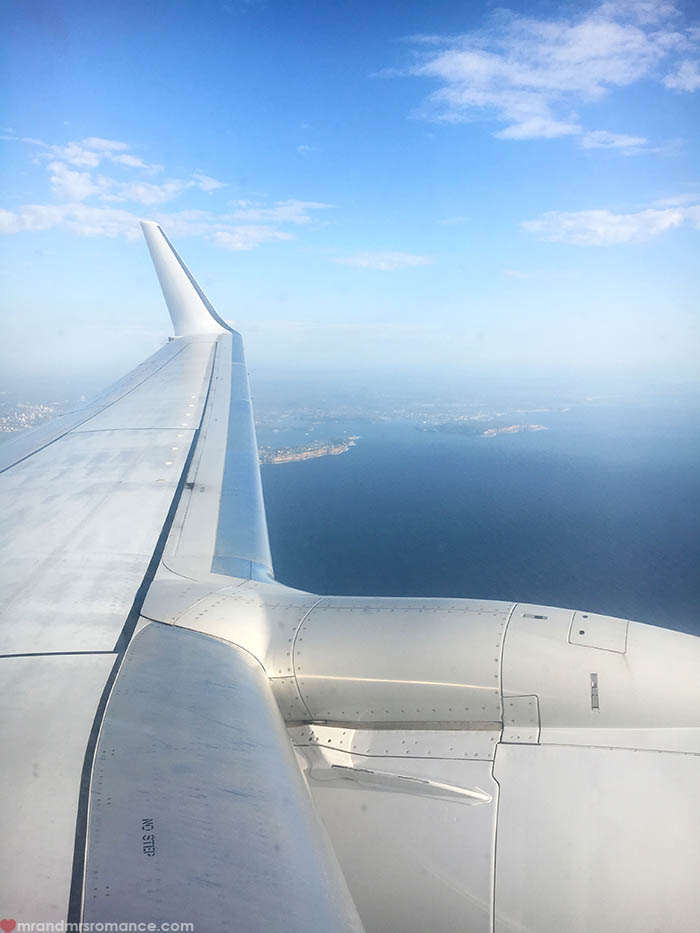 All too soon, we’re heading back to Sydney. It’s been a great trip and we’ve both seen more of Melbourne than we have in years.

I’m sure we’ll be back again soon. 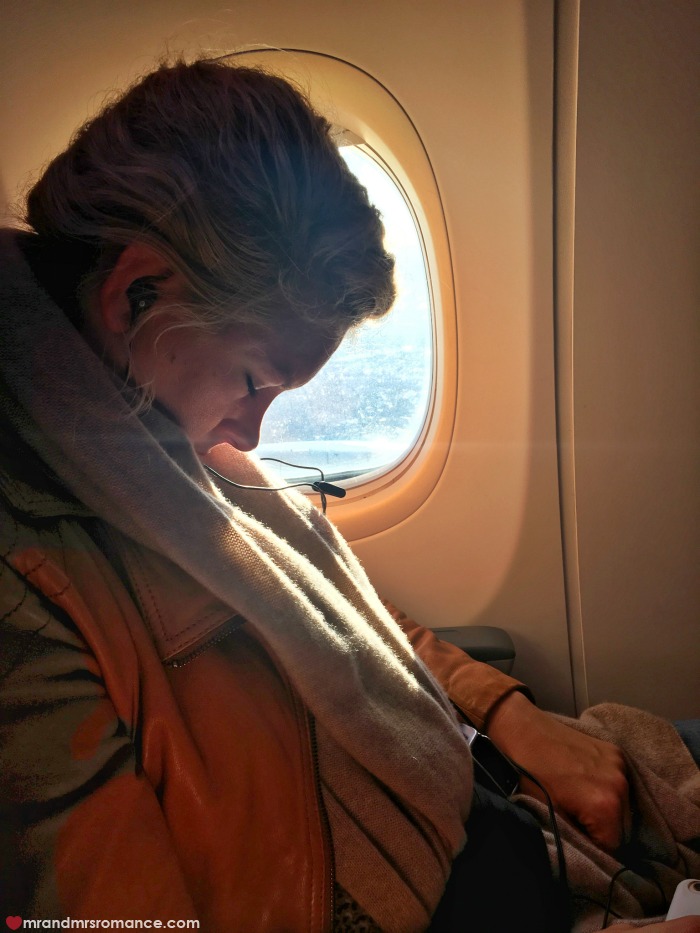 This is what happens when you give up the window seat. Mrs Romance has a knack of only nodding blissfully down so she blocks the window when the plane’s leveled out. When the pilot’s banking so all we can see is sky, her head comes up so I get to see everything of nothing at all! 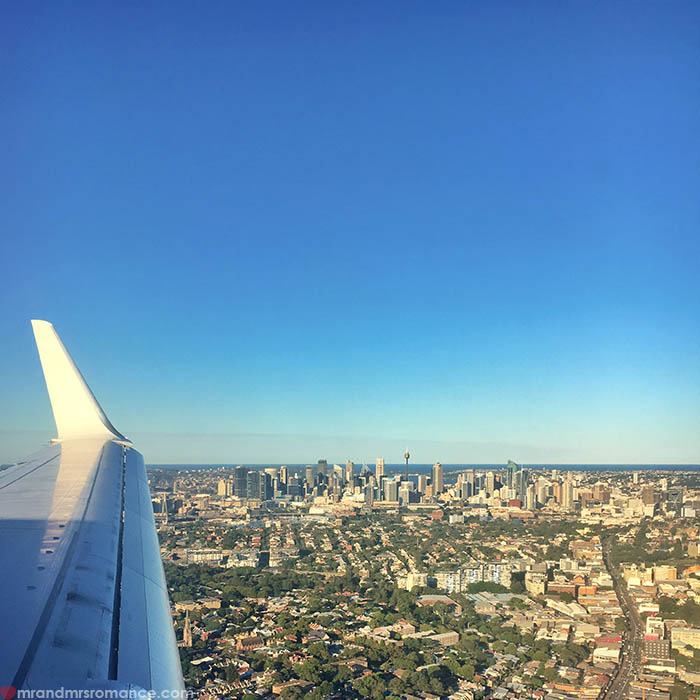 Just as we come in to land, I do the right thing and wake Mrs Romance up. She loves being able to see Sydney from the sky. She also takes better plane window seats than me! 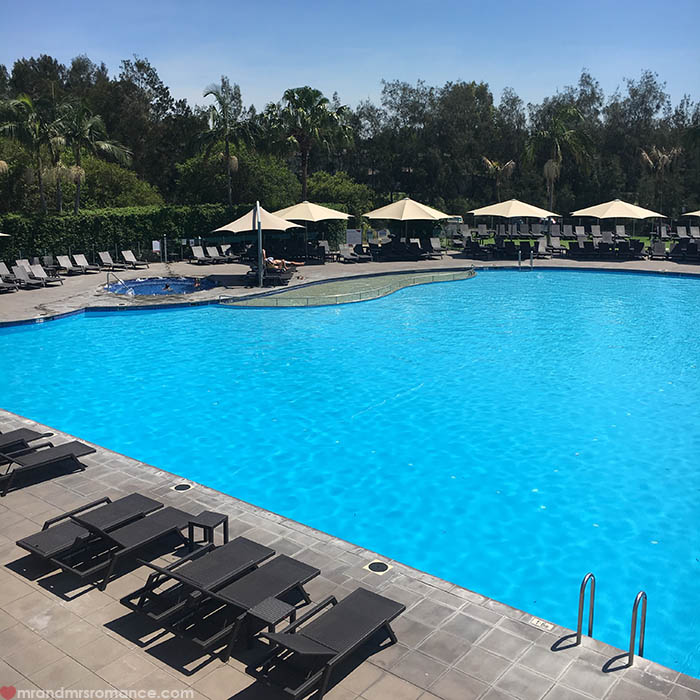 Our feet have barely touched the ground and Mrs R is off again. This time she’s up in the Hunter Valley for the day. She’s meeting with some top bods from Schwarzkopf in her Hair Romance capacity.

It’s not a bad setting for a conference though, is it? That pool looks very dunkable. 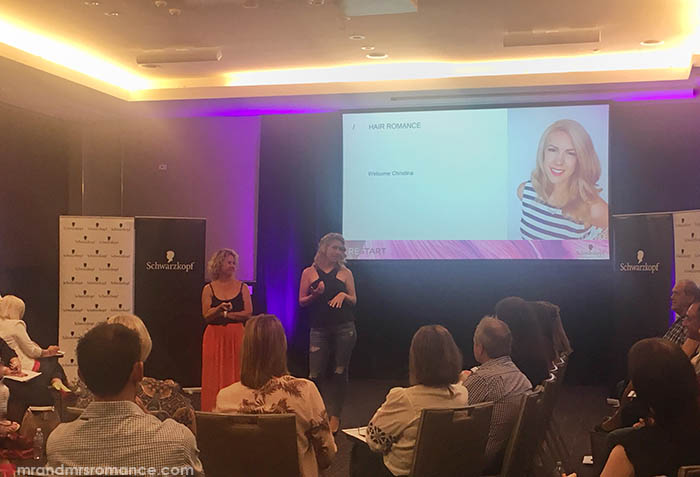 It’s showtime! Mrs R is up doing her thing. She really enjoys speaking in public and when she gets to talk about hair, even better. 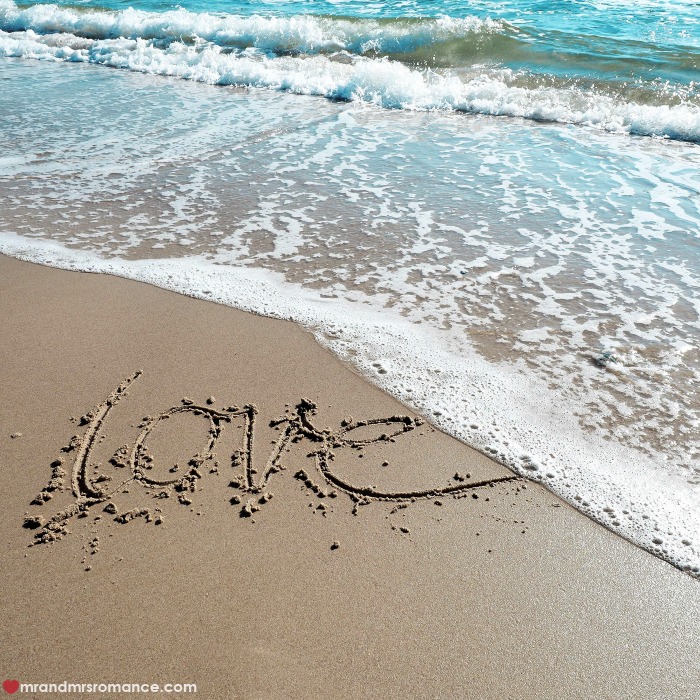 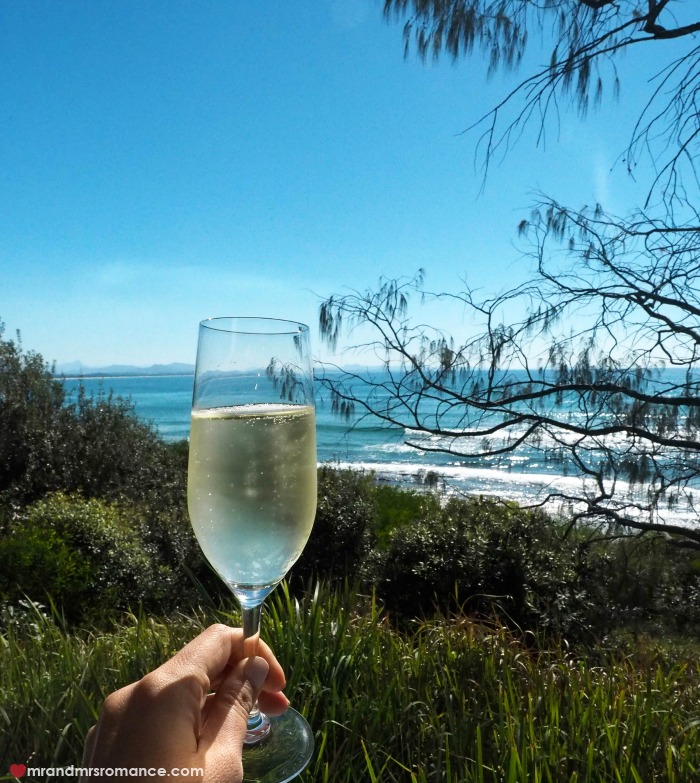 Here’s to all the lovers out there!

As we leave the Month of Romance and move into March, this is our final salute to February and Valentine’s Day.

You can find out what your language is in the free online test. It’s actually really quite enlightening. 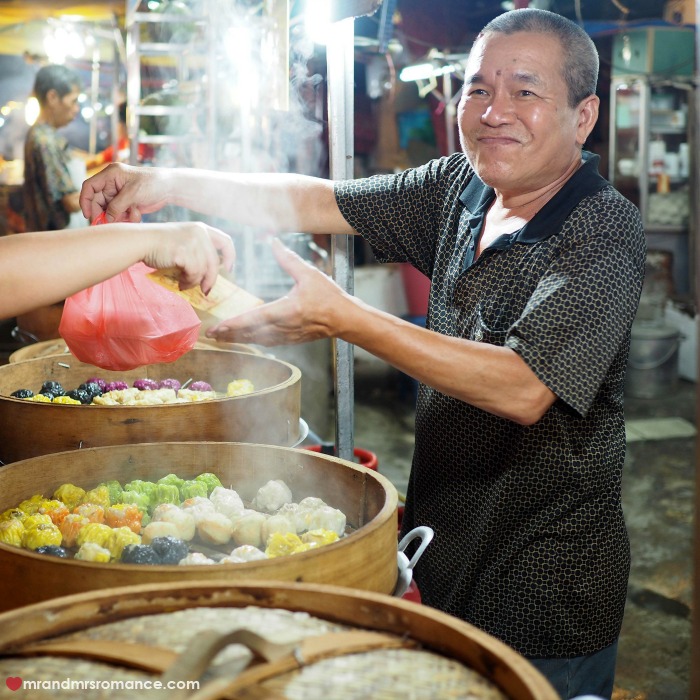 One of our favourite things about travelling is discovering new foods and making friends along the way. I could go a plate of these dumplings right now.

This was in Kuala Lumpur’s amazing JalanAlor on Bukit Bintang. At night the whole street fills with street food vendors.

Check out our Essential Guide to KL here. 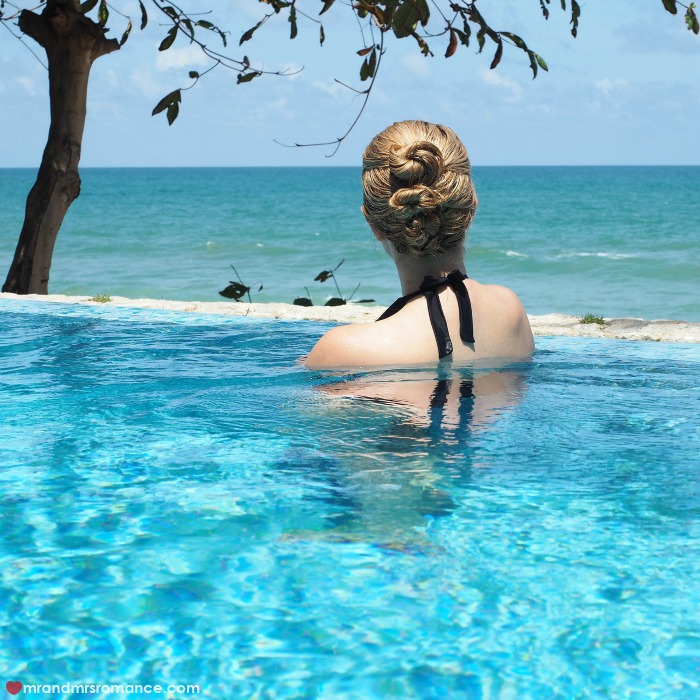 When we were in Phuket last year, she put together this quick 2-minute hair tutorial perfect for when you’re in the pool. We were staying at the Aleenta Phuket, a beautiful resort right on the beach.

Here’s our full review and video walk-through of the Aleenta Phuket. 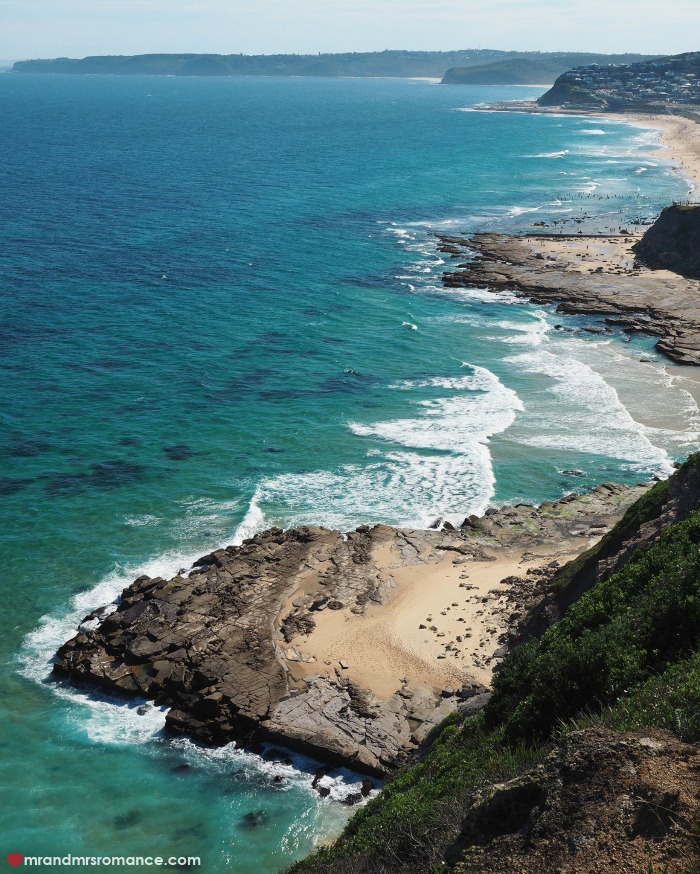 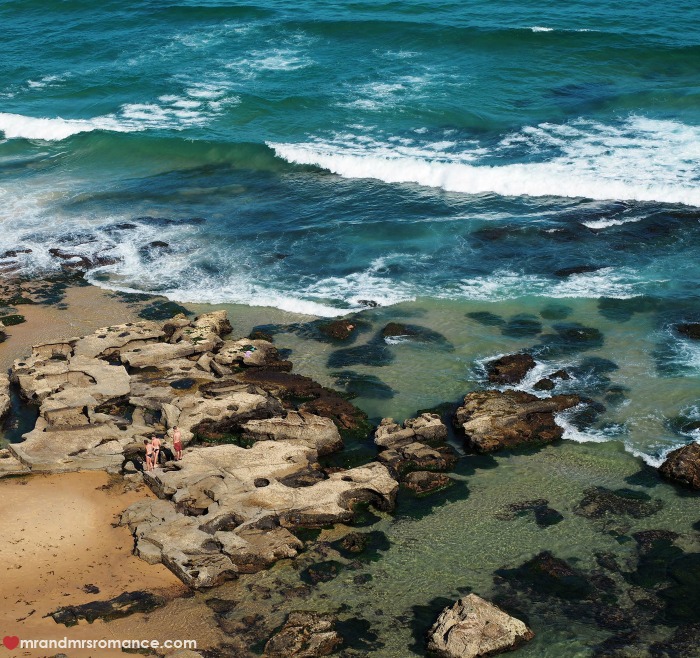 We often take for granted the destinations on our doorstep. The Newcastle coastline is stunning! There’s an incredible coastal path that takes you all along the cliff and down to the beach at Merewether.

In both these cliff photos there are people right down on the rocks. If you zoom in really tight, you can spot them. It’s like a holiday version of Where’s Wally!

We really hope you’ve enjoyed our latest IG Edition. Next week’s is going to be chock full of our time in Japan, which is where we are at the moment. So stay tuned for our highlights reel of Okinawa, Japan’s answer to Hawaii!

One of the last things I expected to find on the world’s largest sand island was fine dining. How wrong I can be! Turns…