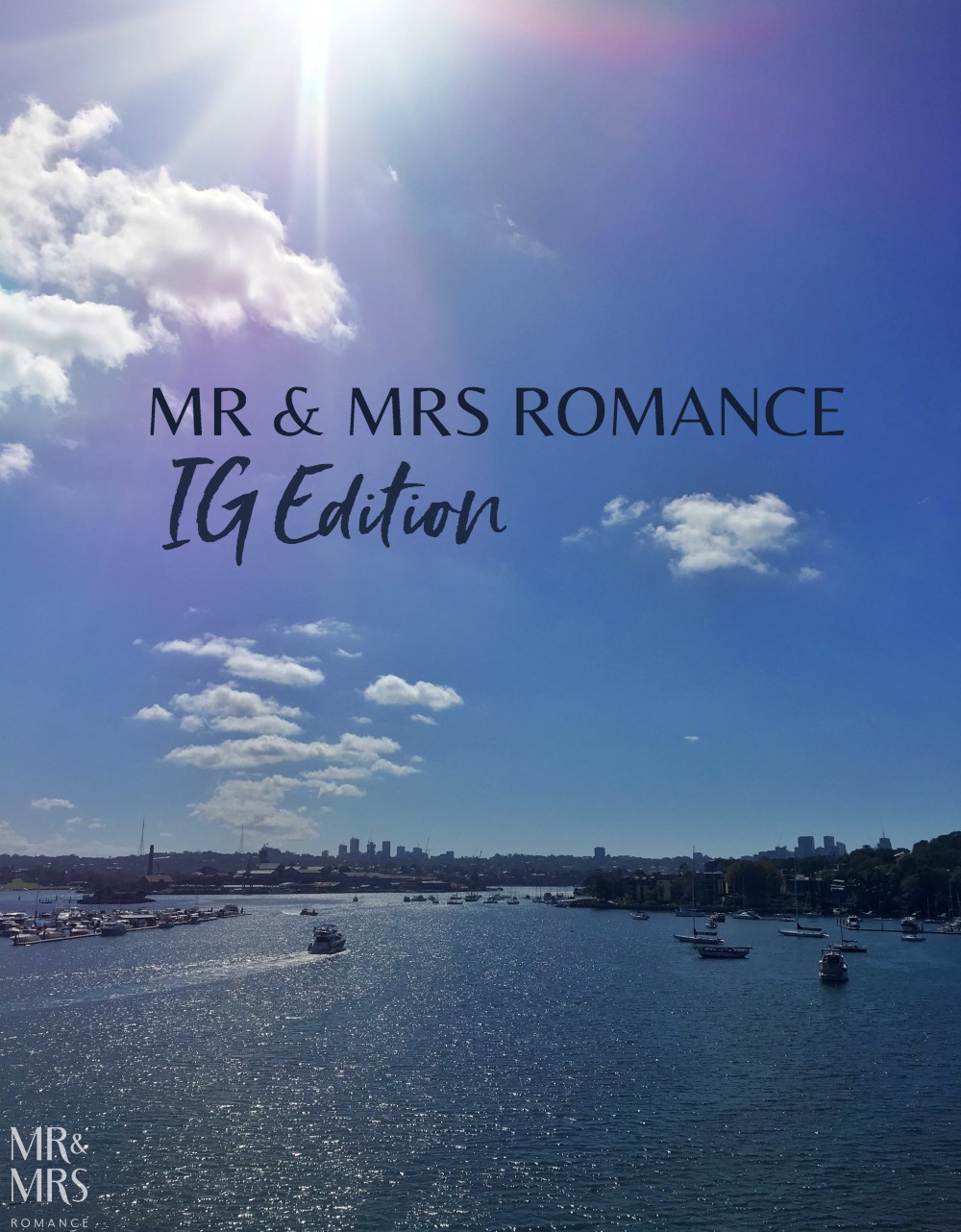 Can you believe this will be our last IG Edition from Australia for the next 3 months?! If you can, please let me know how you’re doing it. I’m struggling.

This week we’re flying off to the States, Canada, Cuba and then on to Europe. It’s going to be an amazing trip and we’re really excited about it – it’s just that we’re not quite ready for it.

And this always seems to happen: a week or so out we feel like everything’s under control and organised, then we realise a day or two out from our flight that we’ve got loads more to do before we go away.

Still, we’ve got nothing really to complain about – and this past week hasn’t been bad either. In fact this IG Edition shows off some of Christina’s highlights from the roadtrip she took with her mum and sister, some excellent dogs we’ve met recently and the hard graft of pizza eating.

We hope you enjoy this IG Edition. Cheers 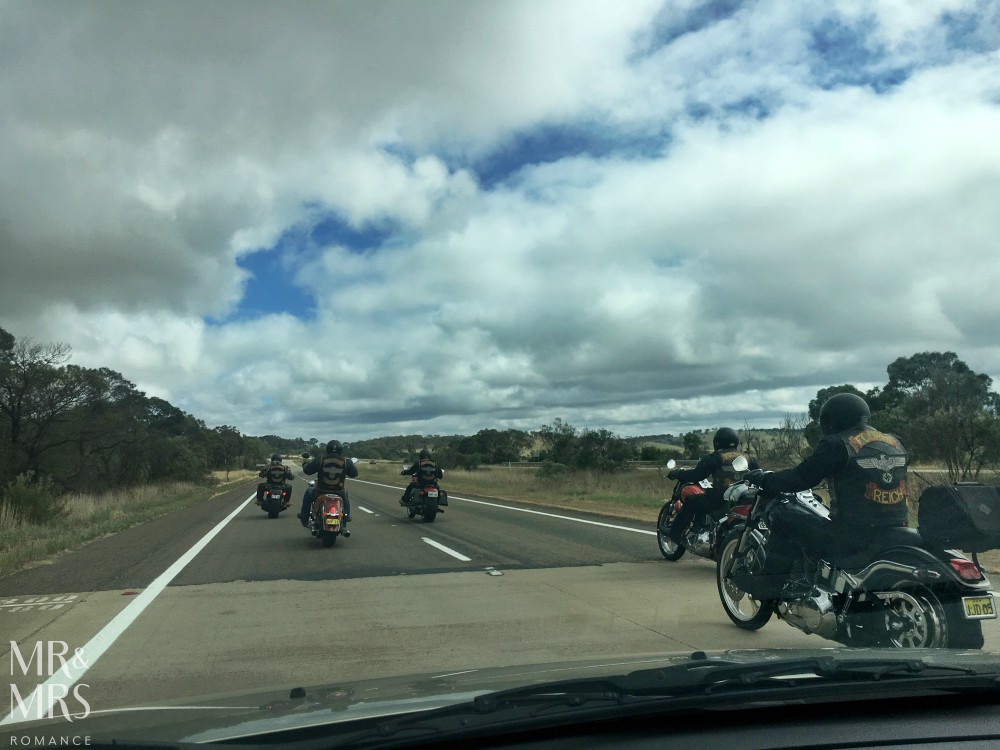 Christina, her mum and her sister head off on their roadtrip to visit family in Victoria. It’s a long drive, but better than flying – especially as Christina’s sister isn’t a fan of air travel, plus flights this weekend were astronomically expensive thanks to the Melbourne Grand Prix and a big concert.

By the way, Christina and co are in the car where this photo is being taken. They’re not on the bikes! 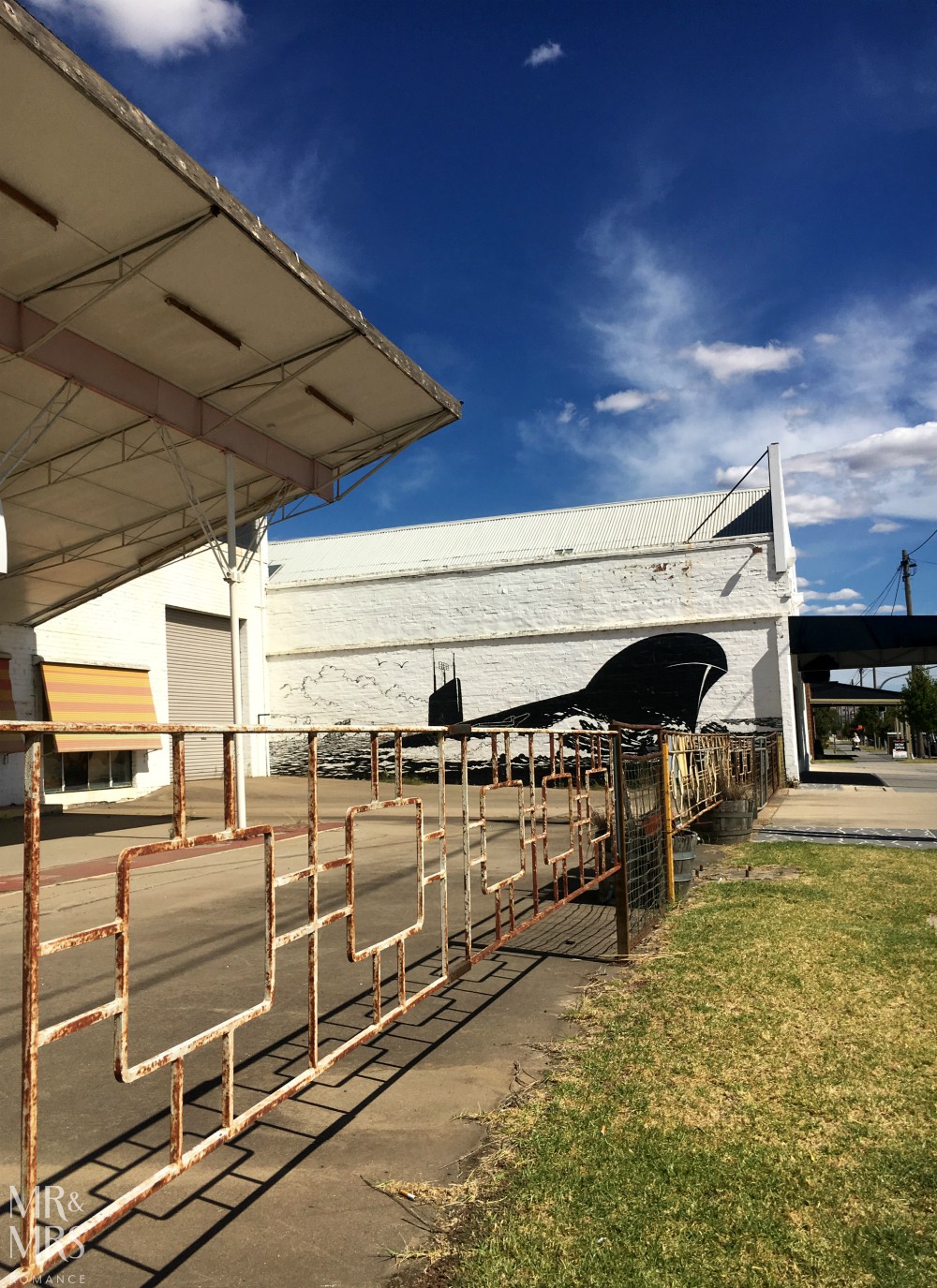 The first stop on the way down is at the pretty little town of Holbrook, famous for the recovered hull of the submarine HMS B11. Bit strange as this town is quite a way inside the NSW countryside.

It was renamed Holbrook in 1915 after the commander of the sub Lt Norman Douglas Holbrook from its earlier name of Germantown. Understandable considering the times. 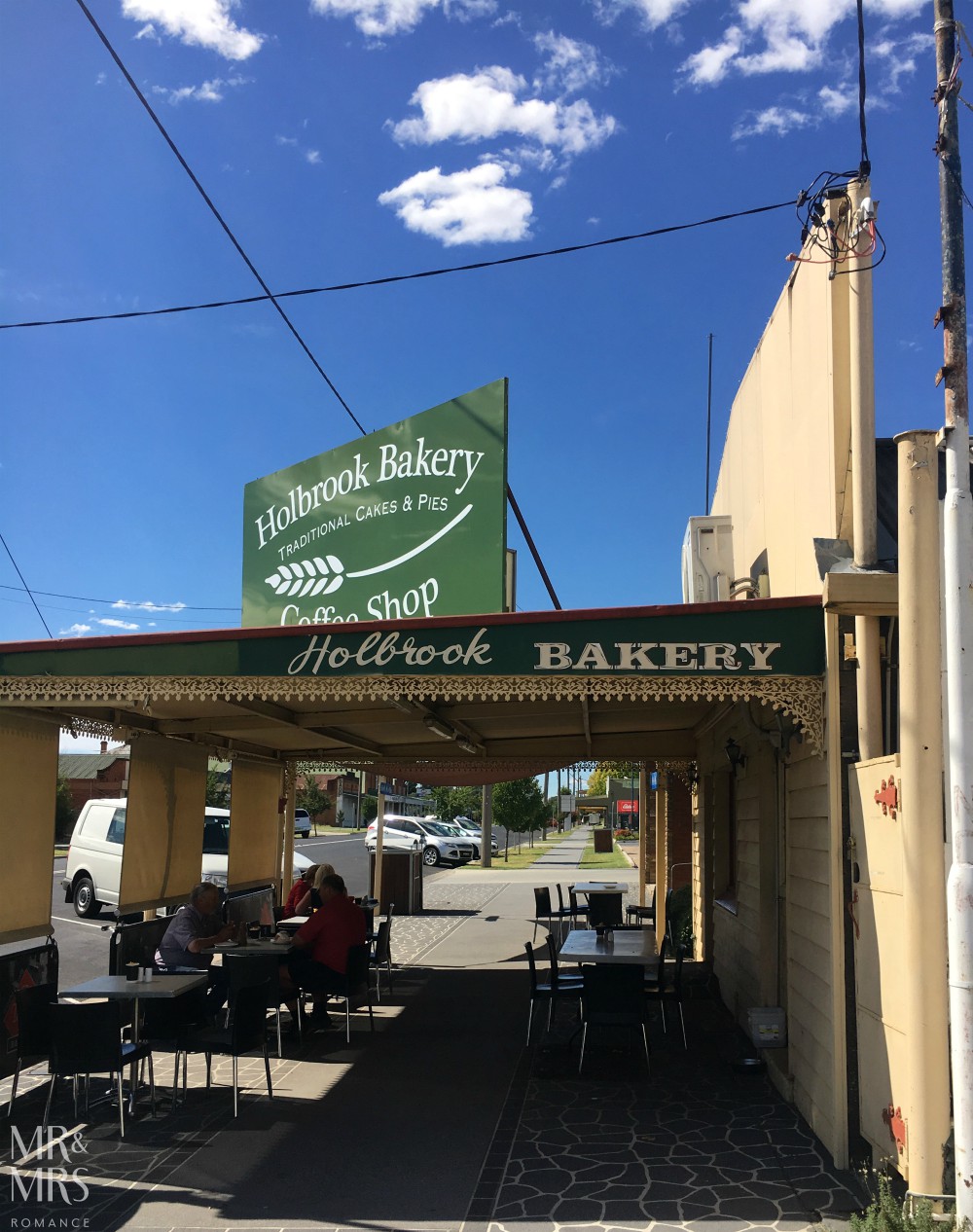 Sadly, these days Holbrook isn’t as busy as it once was. The old Hume Highway used to be the main thoroughfare for people travelling between Sydney and Melbourne. The new highway, although faster and more direct, bypasses the town and others like it.

Thankfully, Holbrook Bakery is still turning out superb pastries and baked goods. Christina assures me their neenish tarts are still as good as they ever were, which is impressive since it’s been going since 1899. 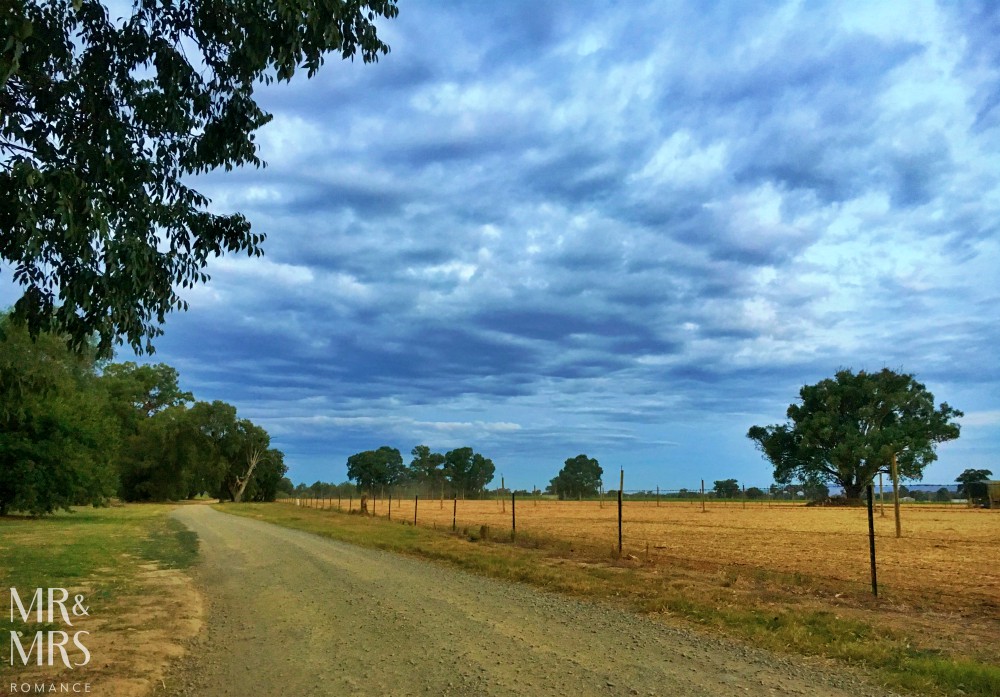 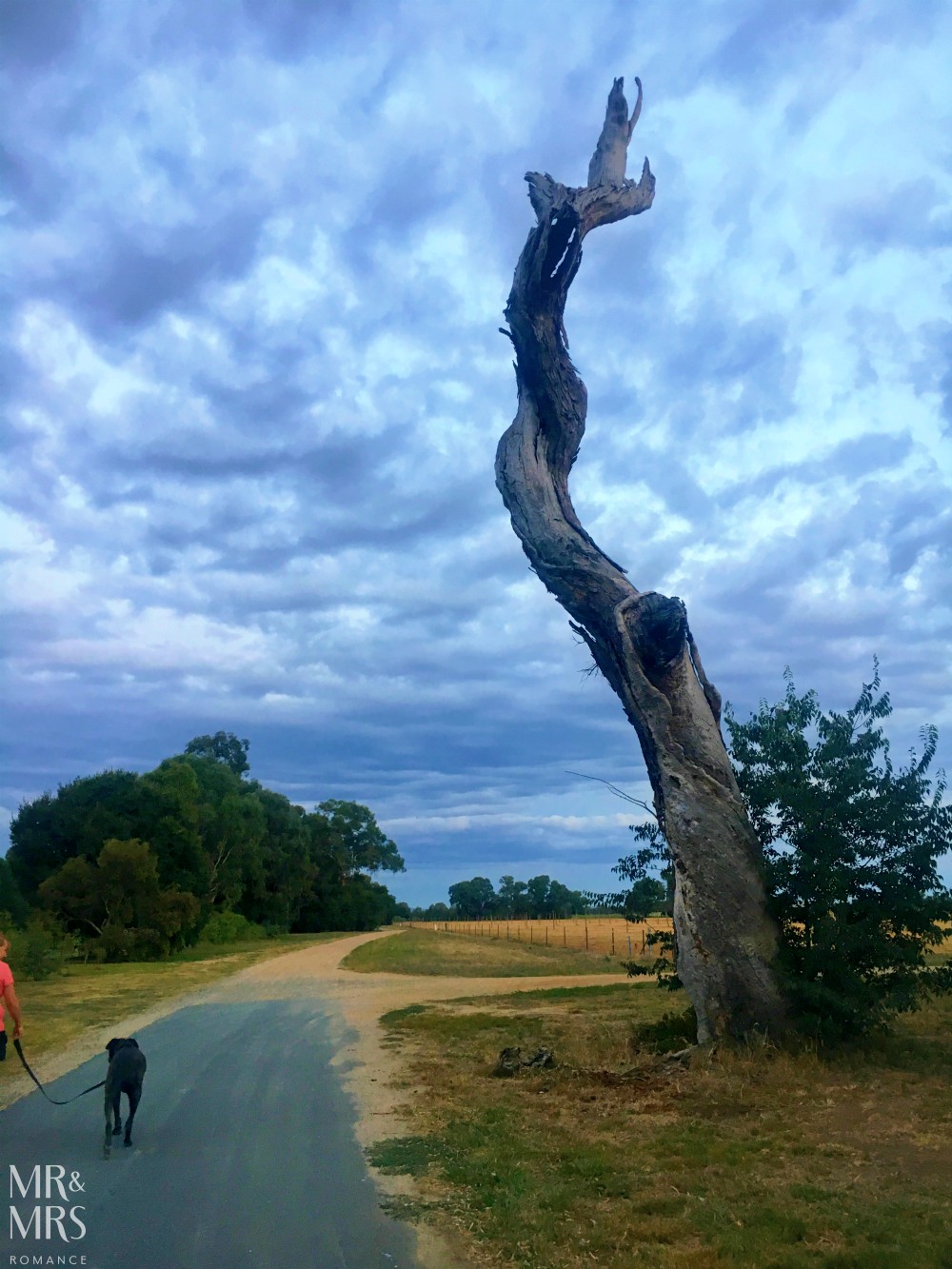 Their next stop is the border town of Howlong. Great name, isn’t it? Sitting on the New South Wales side of the Murray River border, Howlong is just up the road from Corowa, which – if you’ve been reading us for a little while – is where the amazing Corowa Distillery is that we’ve written about a bit.

It’s also where some of Christina’s family live, so time to stretch the legs and have a look round. 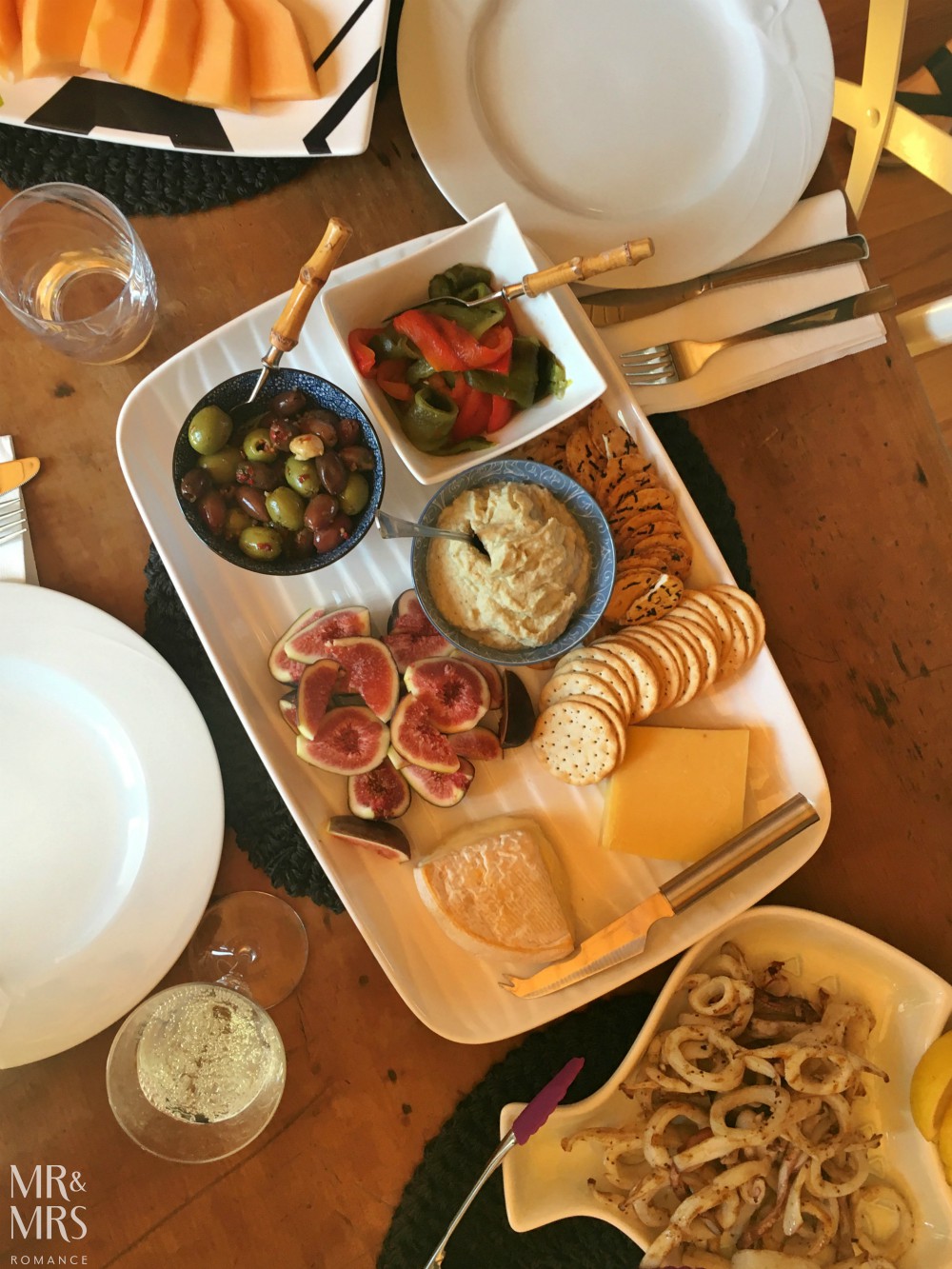 As you’d expect from her Italian side of the family, the trip is all about the food. Now I know where Christina gets her love of cheese platters, figs and calamari from. The calamari by the way was caught and prepared fresh today by her cousin. Looks good, doesn’t it? 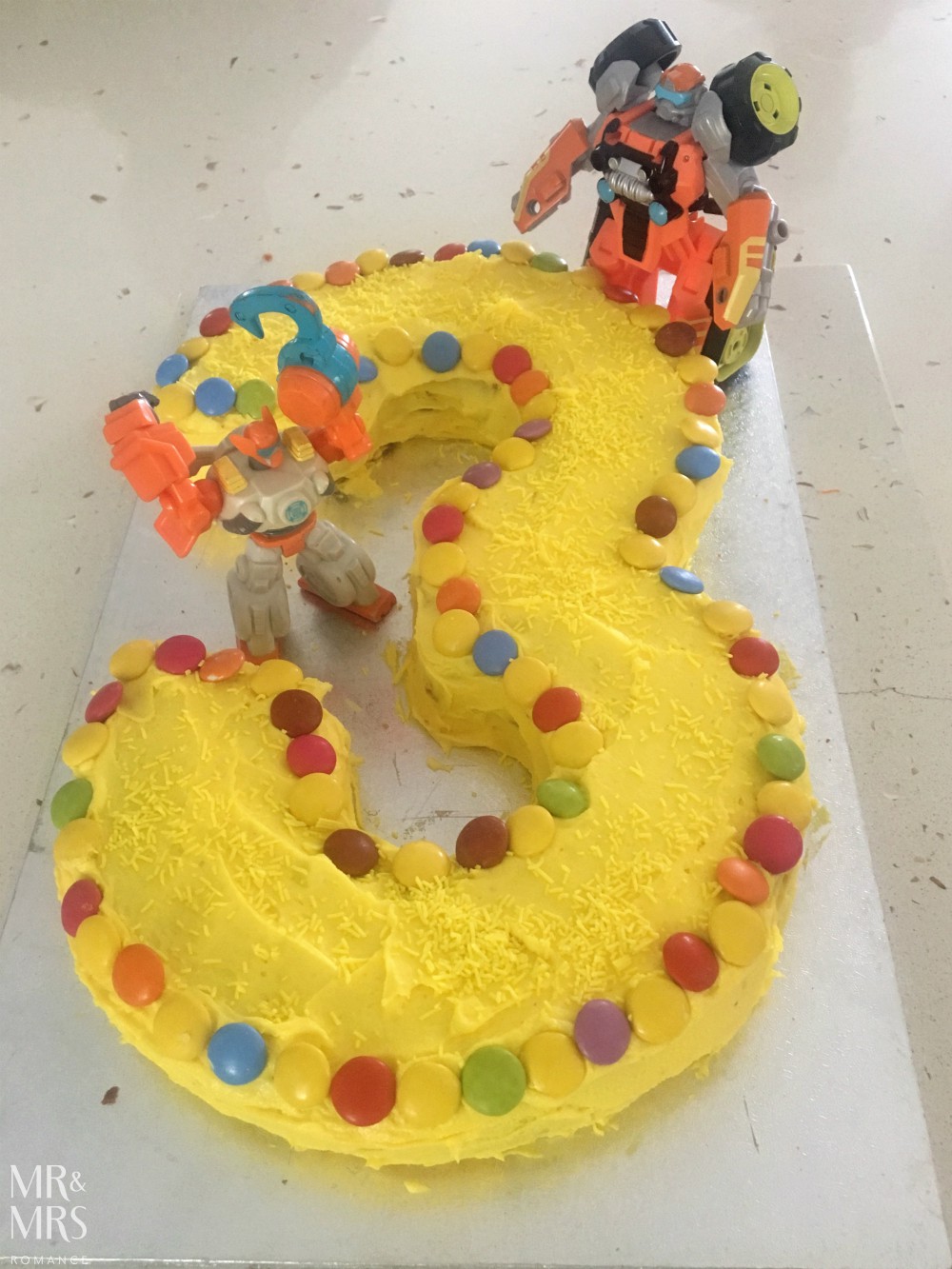 Meanwhile, I’m on a bit of a roadtrip myself. My mate Pete and I (and his adorable little girl) have journeyed down to Wollongong to see our friends’ little boy for his 3rd birthday. His mum made the cake – a layered sponge cake – using 2 springform tins, cutting the holes out and putting the two together. Crafty, huh?

She didn’t make the transformers. 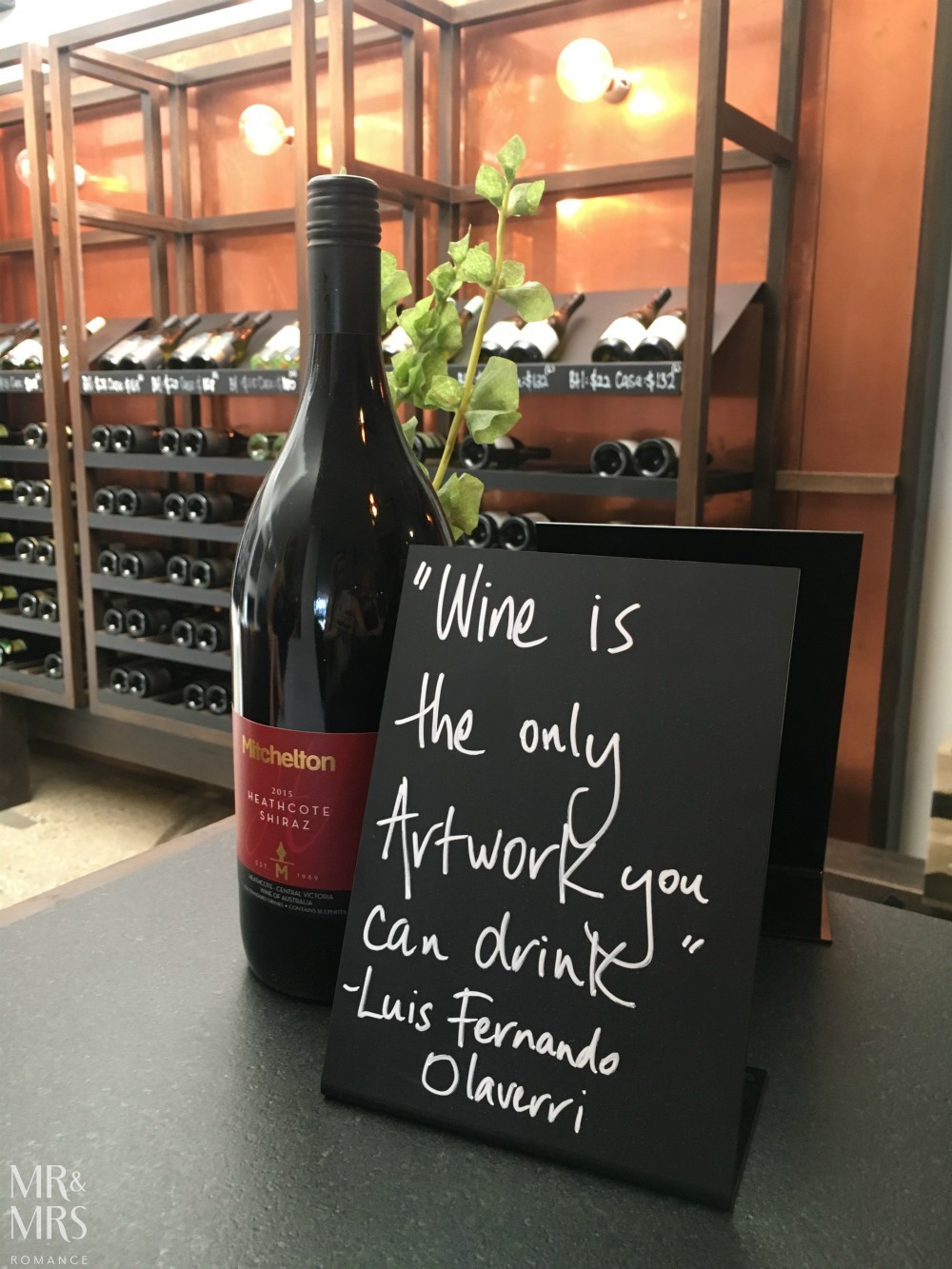 Back on the long drive, Christina, her mum and sister have stopped off again. This time at a winery! Mitchelton Winery in Nagambie, Victoria is also a hotel, restaurant and day spa. 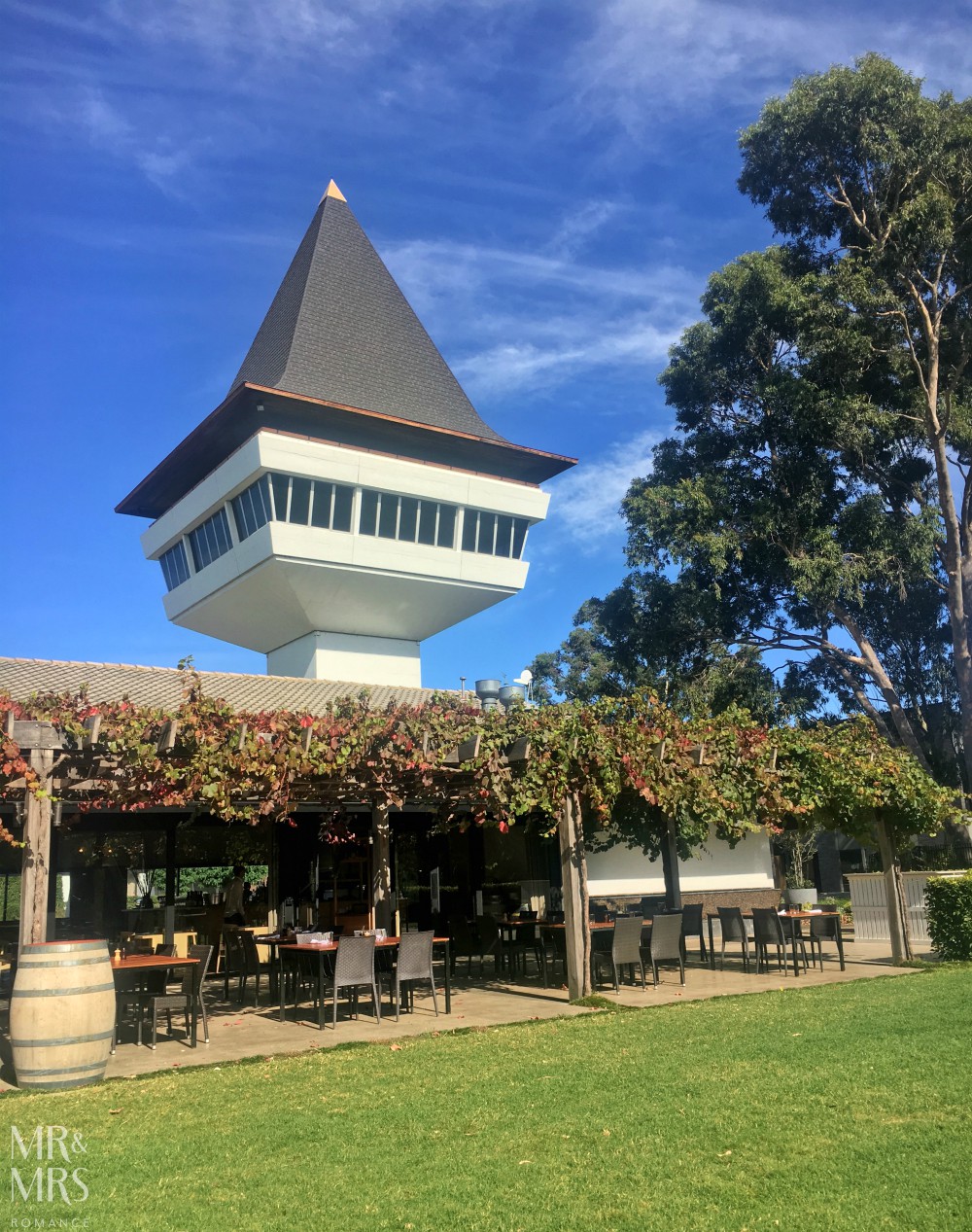 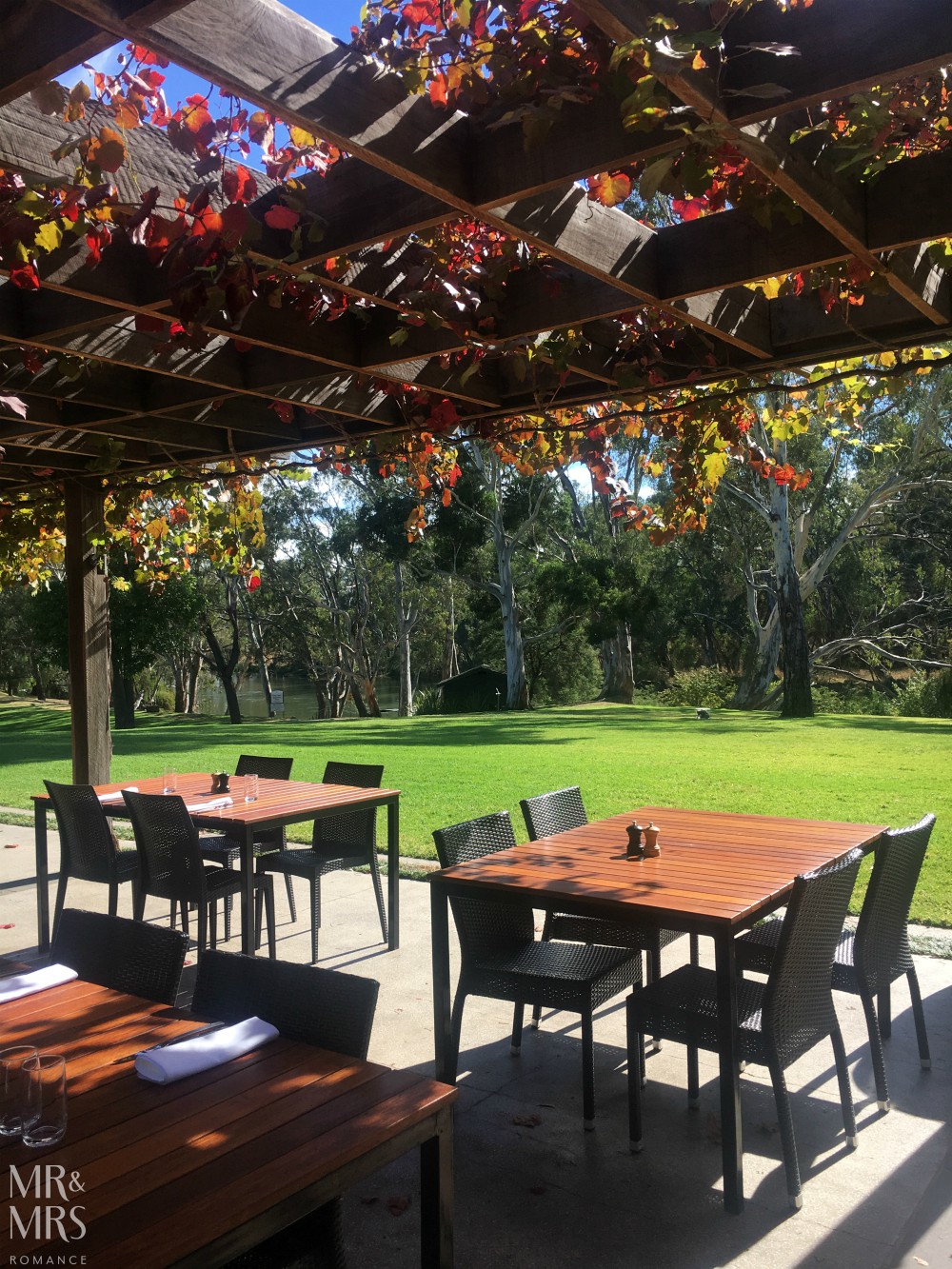 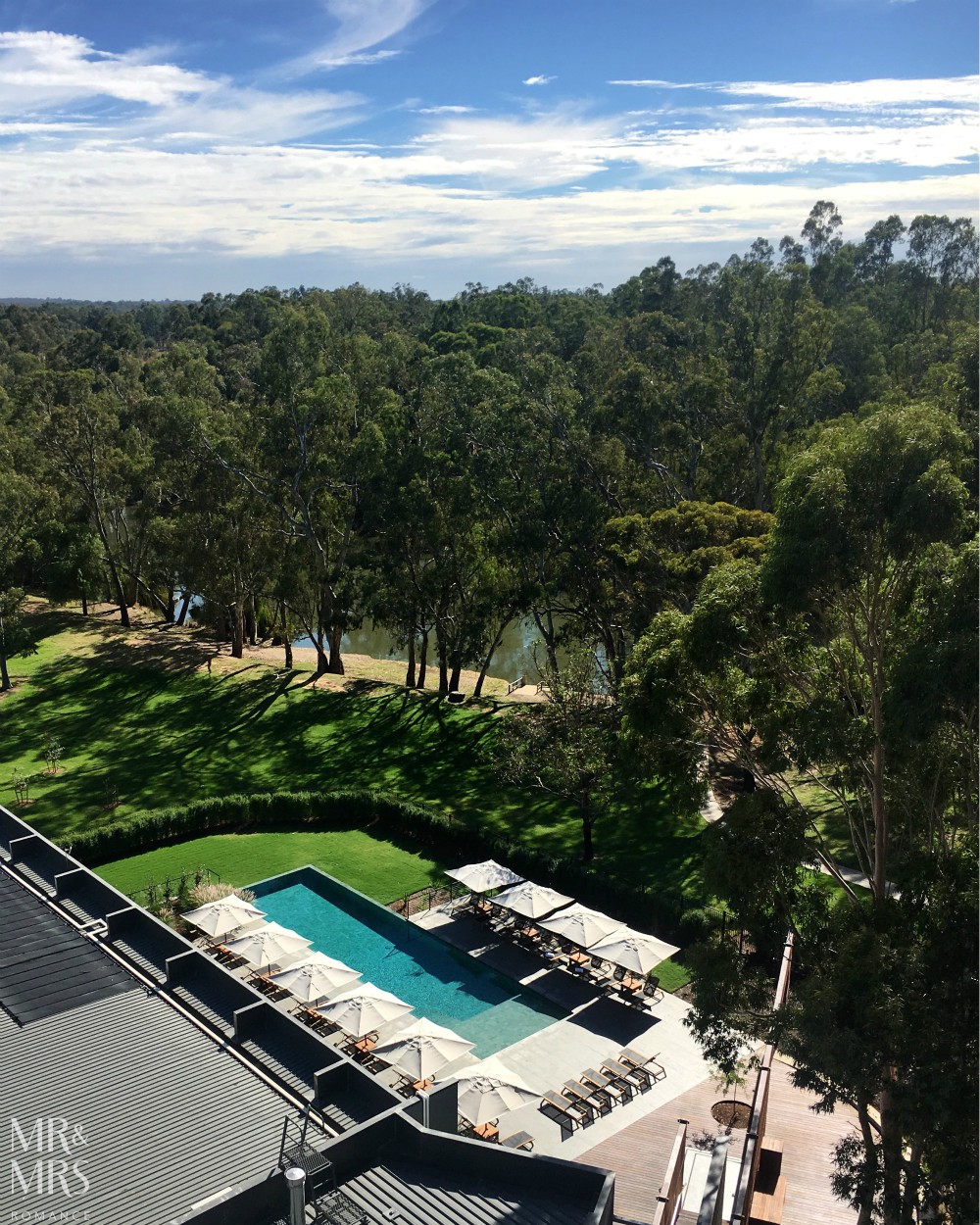 From the tower, you can look out over the Victorian countryside and down at the pool. I certainly wouldn’t mind spending some R&R here. It looks so peaceful – with the promise of award-winning wine right at your elbow too. 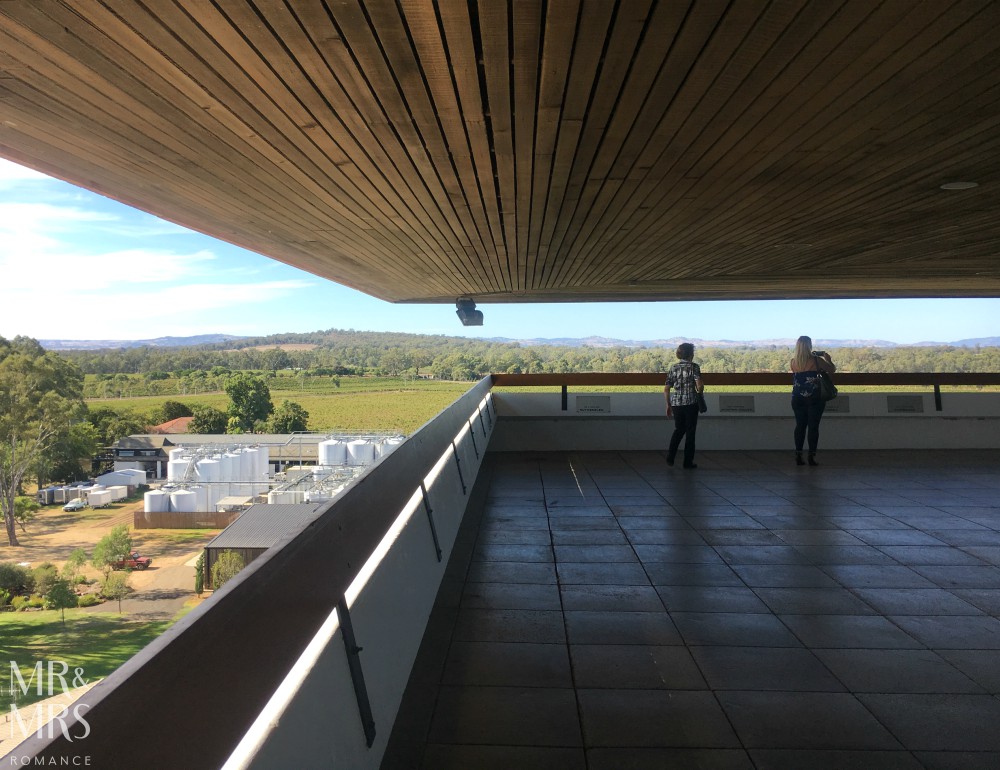 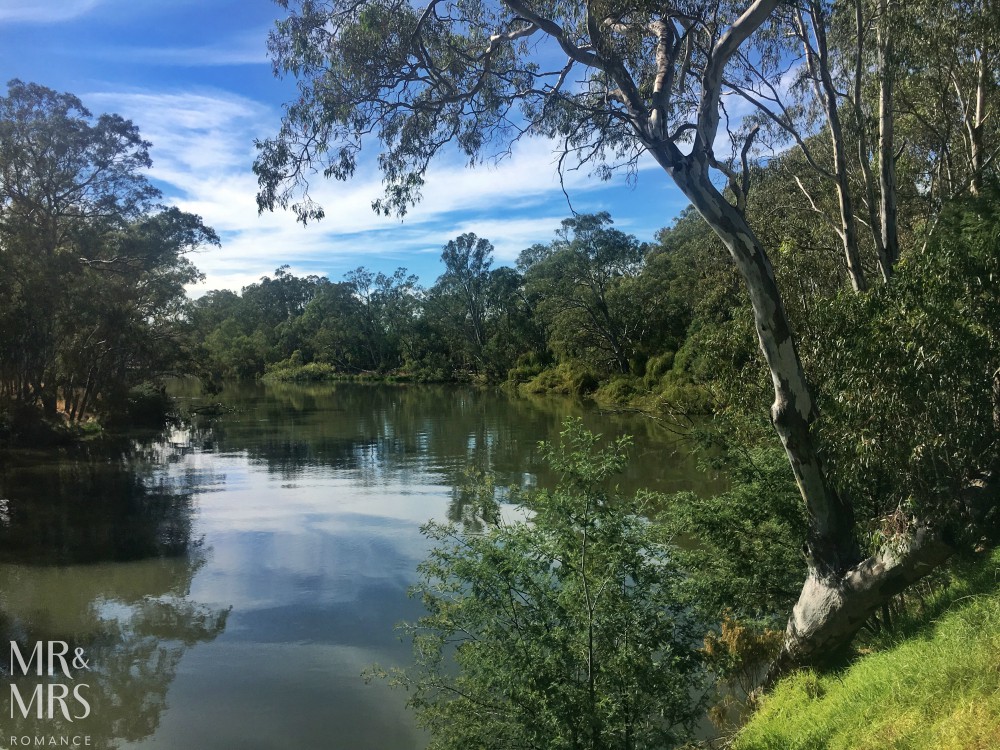 At the edge of the Mitchelton Estate – and to add to the winery’s tranquility – is the mighty Goulburn River, which runs halfway across the state. 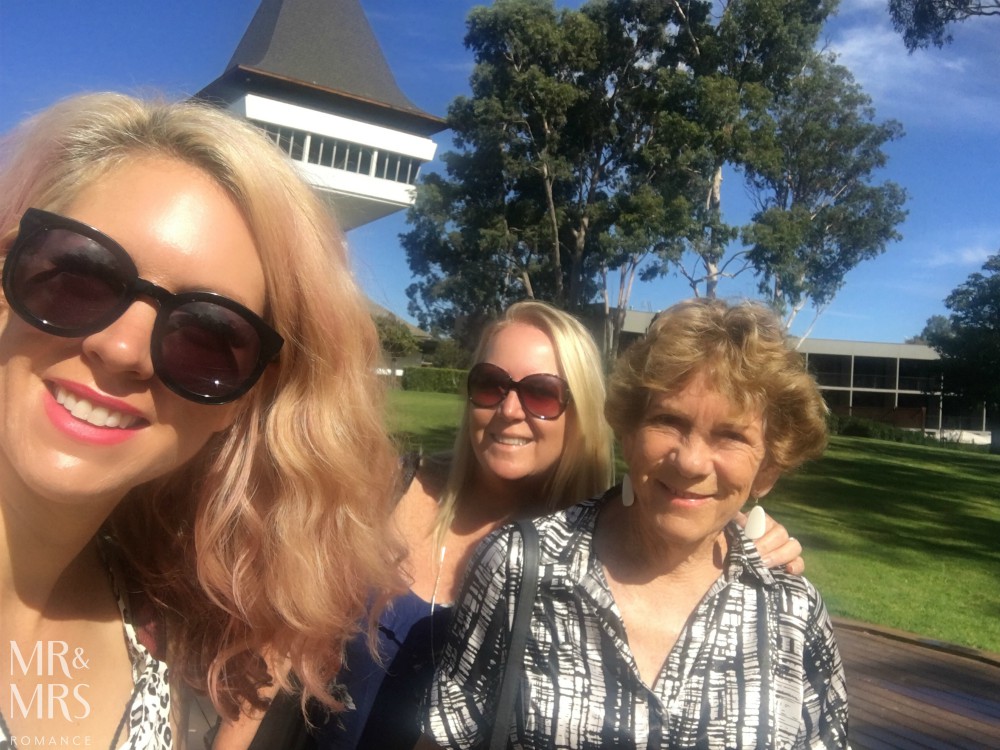 It looks like Christina and co are having a great time, doesn’t it? It’s been a trip they’ve had planned for a while and the family down here are really happy to see them. I’ve got a feeling this might become an annual event – especially the winery part! 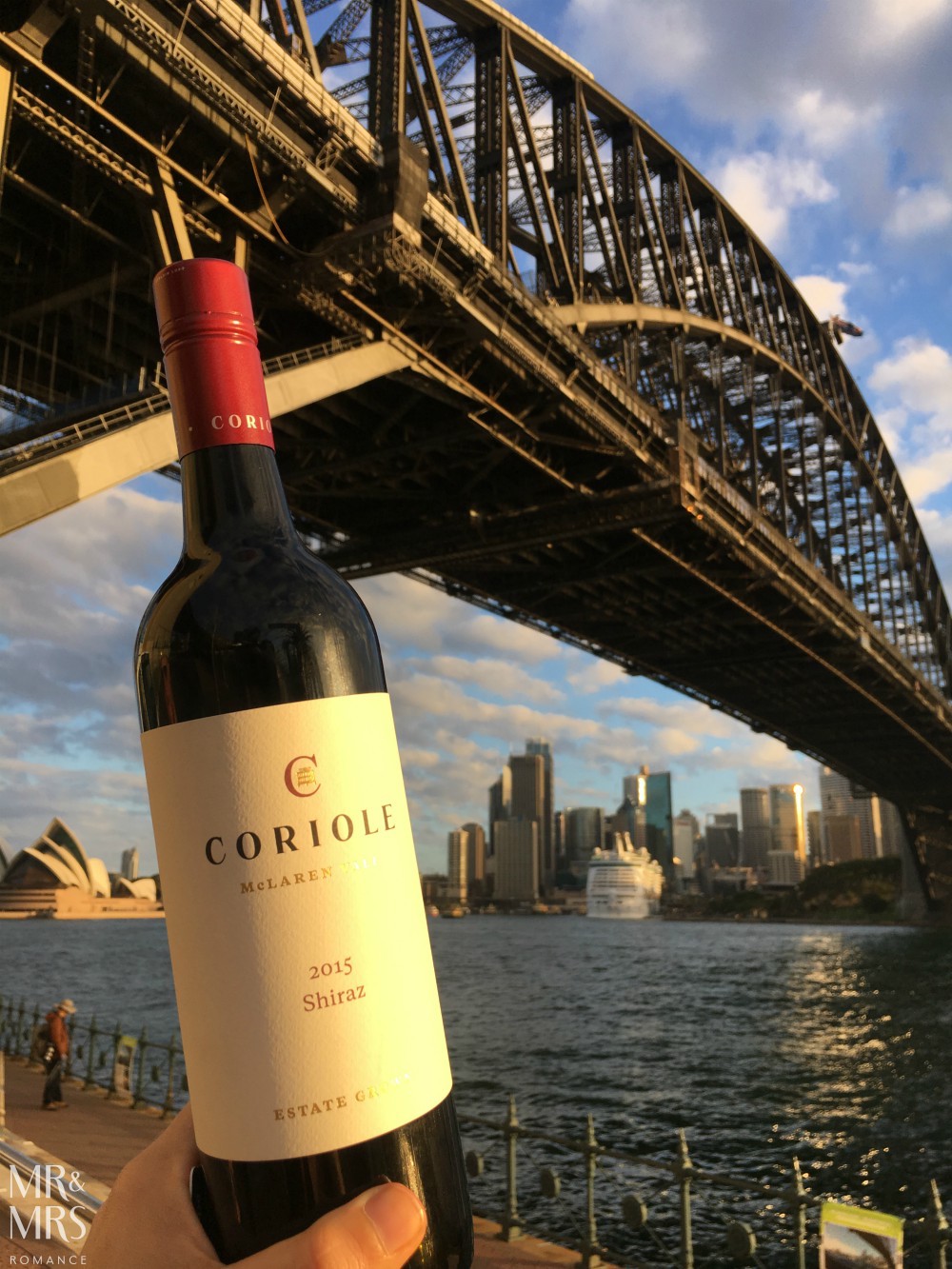 Talking of wine, now that Christina’s back in Sydney, we’re off to see some friends for dinner. It’s a funny thought that we won’t see anyone here for a few months, so it’s a good excuse to catch up before we go.

We’re taking a bottle from one of our favourite Aussie wineries Coriole in McLaren Vale near Adelaide. We’re not sure what’s for dinner yet, but we’re confident it’ll go with whatever our friends are cooking! 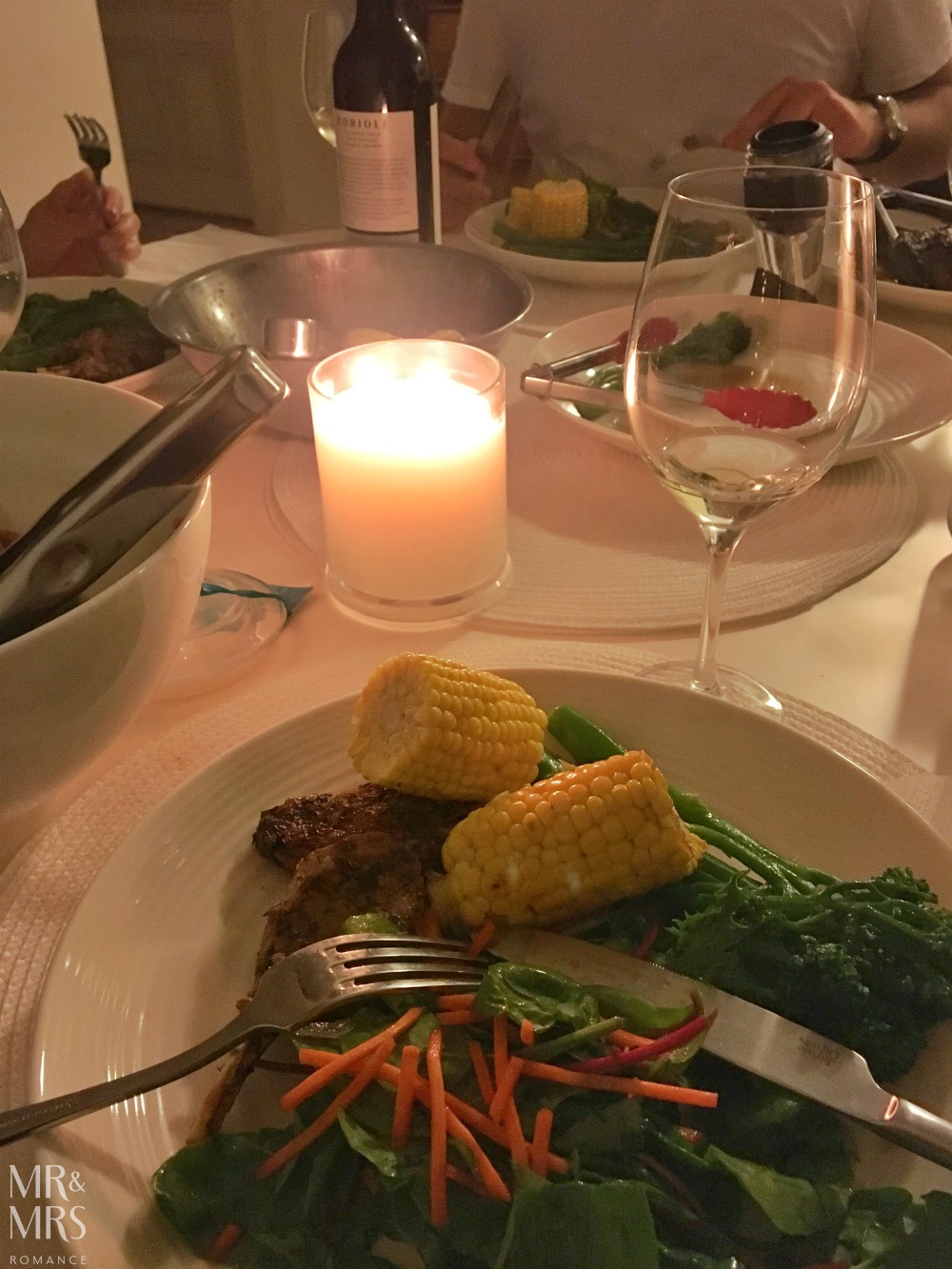 Lamb! Perfect for a big Aussie shiraz! It’s great to see our friends, and as always they’re excellent hosts. They’ve got an early start tomorrow with a flight up to the Gold Coast, so I doubt if this will be a late night… 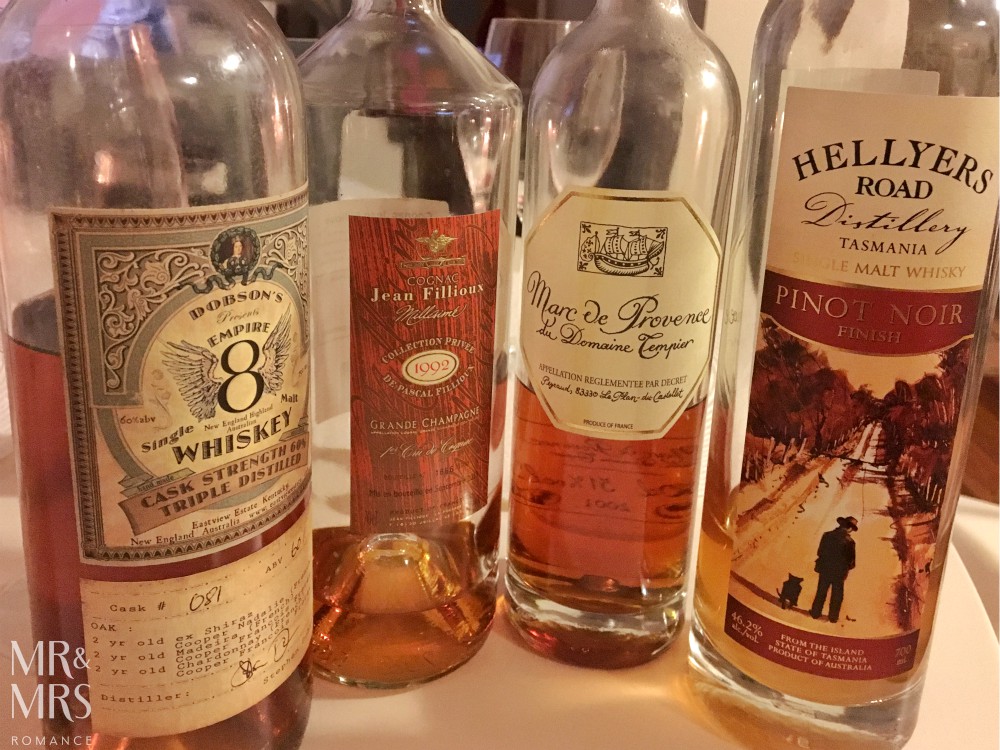 And then the after-dinner drinks come out! Well, it’d be rude not to, wouldn’t it? And we won’t be seeing them for quite some time…

I’m very impressed with their drinks cabinet though. Whisky, Scotch, Cognac Brandy… I don’t see an early morning start for me happening tomorrow! 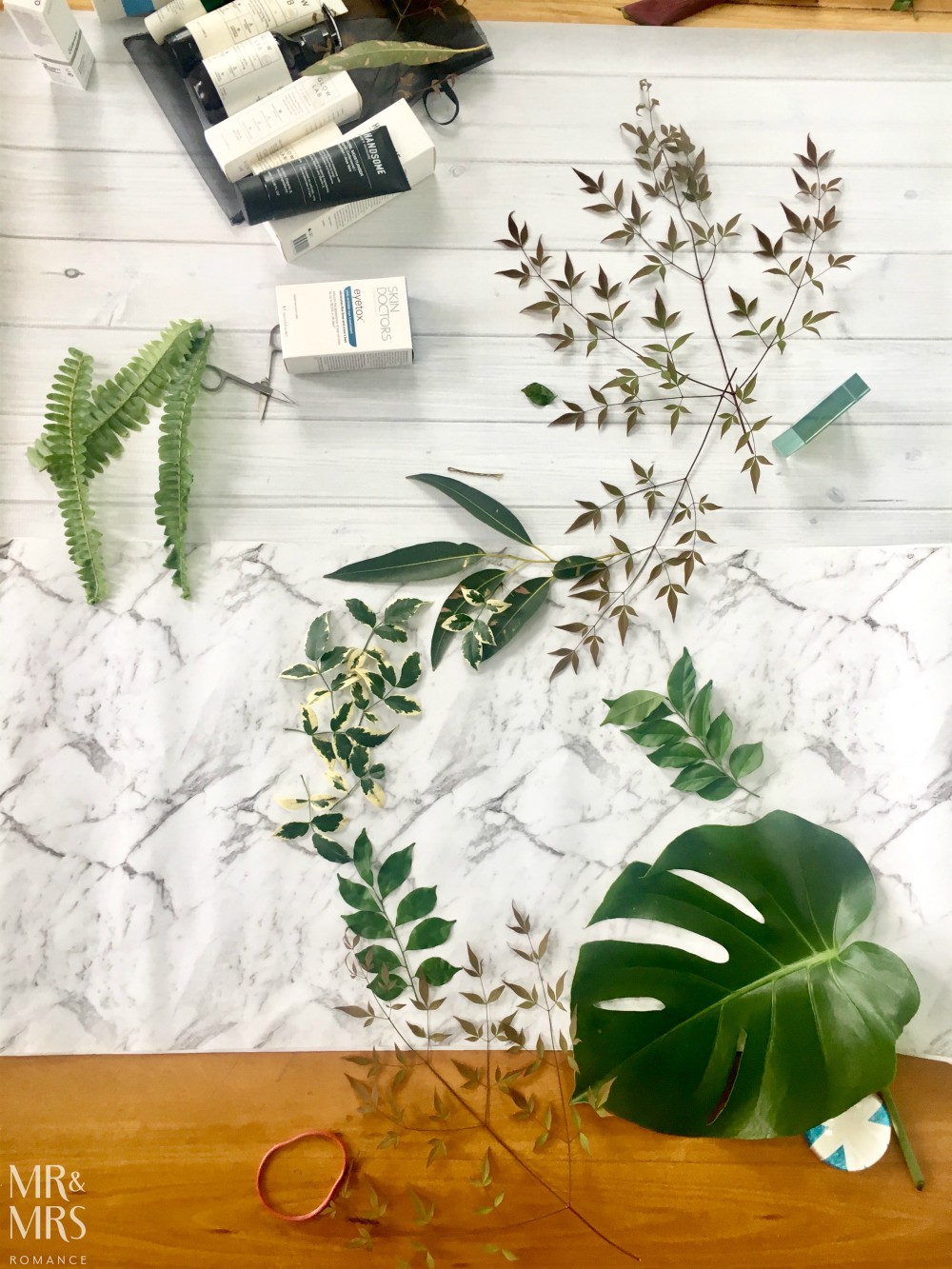 Here’s a peak behind the scenes for you. Today we’re getting some product photography done ahead of a post I’ve got planned.

Watch this space for a story I’ve had in mind for ages all about skin products for men. Gone are the days when blokes should be embarrassed about moisturising and taking care of their skin. However, there’s still not much around that’s marketed directly at men.

I’ve got together a little collection of products that aren’t too girly or smell strongly perfumed but are amazing for your skin and perfect for men. You should be seeing this one in the next week or two. 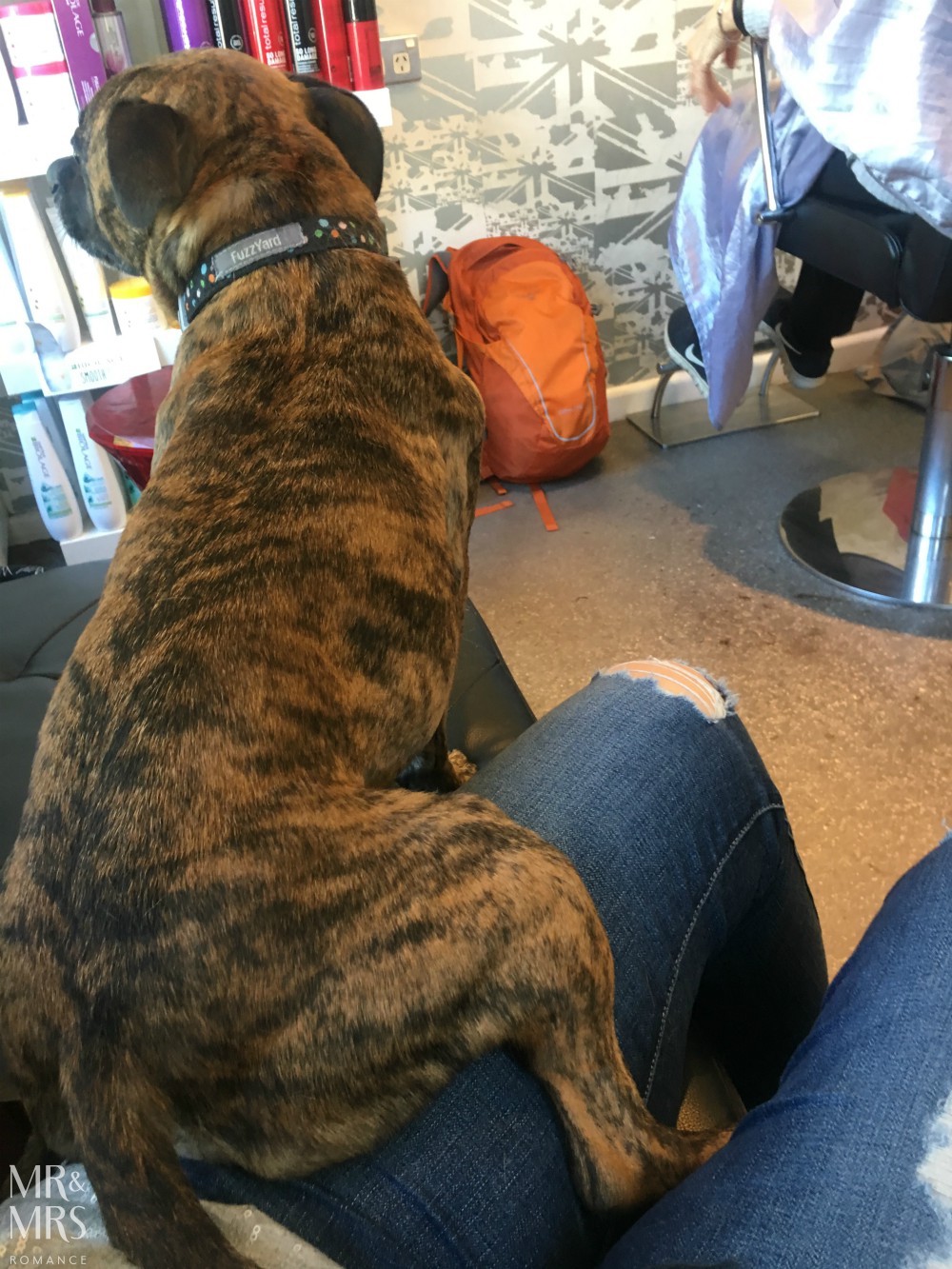 And the puppy run begins! Christina is with her hairdresser Stevie English today. You might remember this little cutey from when we were dog sitting for Stevie a little while back.

Indi is so pleased to see Christina she’s pinned her down and won’t get off! 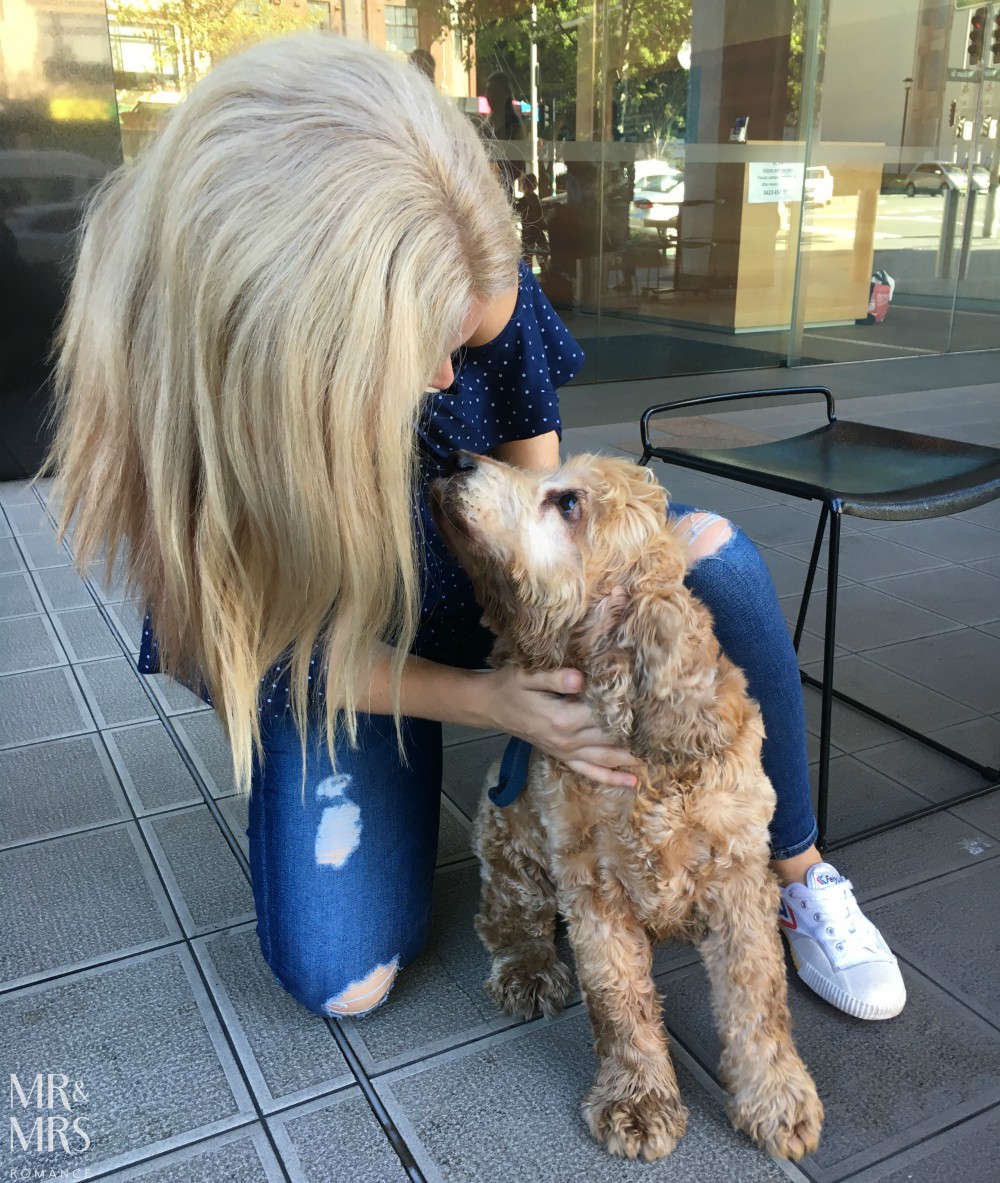 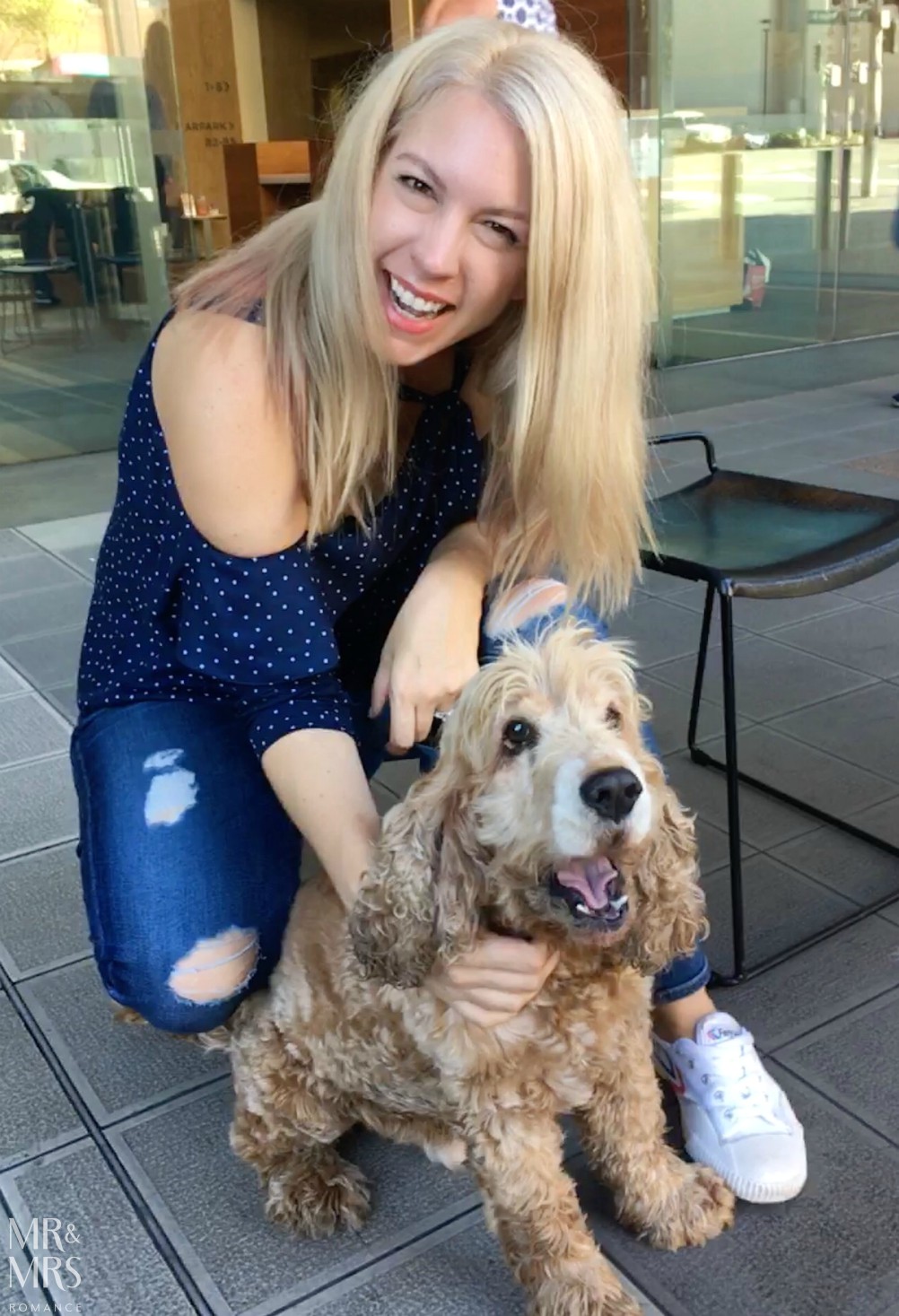 Next pup up is Coconut! This excellent ball of fur belongs to our friend Jane from Evil Twin PR and I’m not sure who’s whose biggest fan.

I feel like I’ve missed out on a lot of puppy action. Report card reads: must do better. 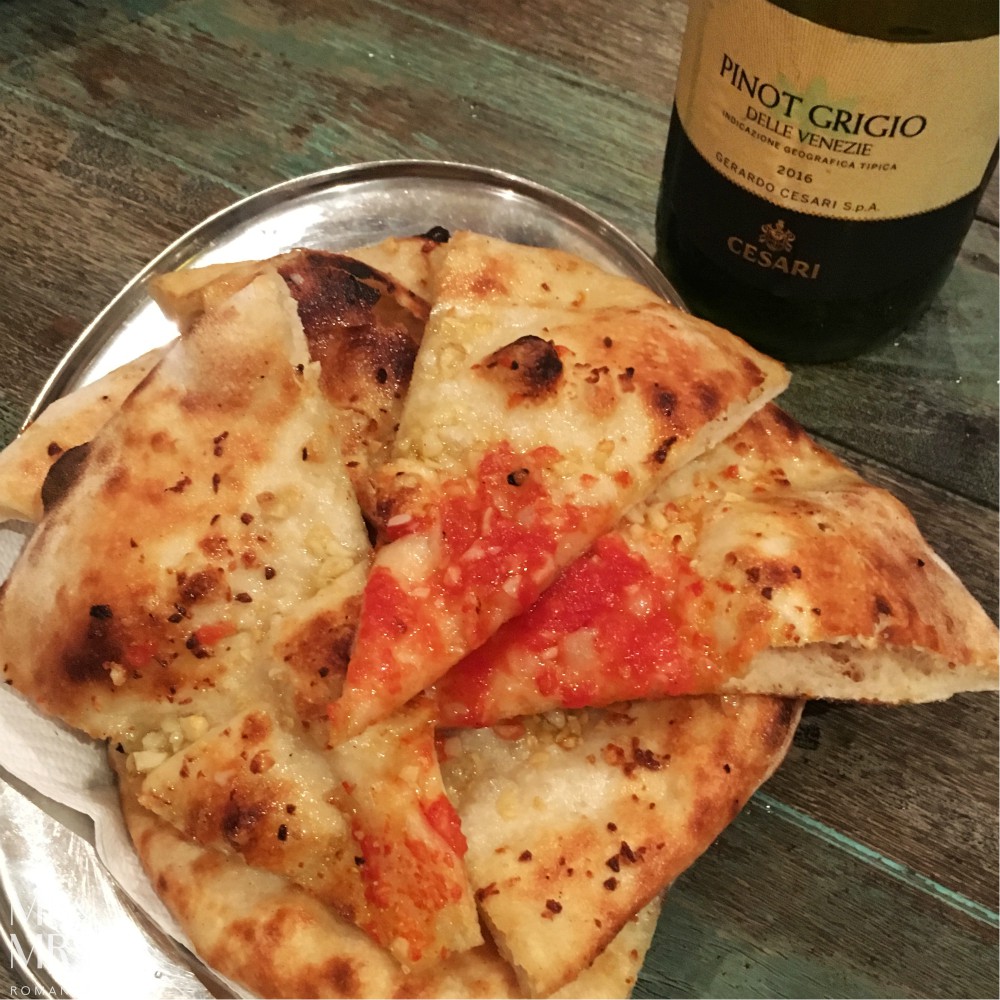 Tonight we’re catching up with another lovely friend: Steph! This isn’t a photo of Steph by the way; it’s the garlic and herb pizza from Capello Ristorante in Balmain. 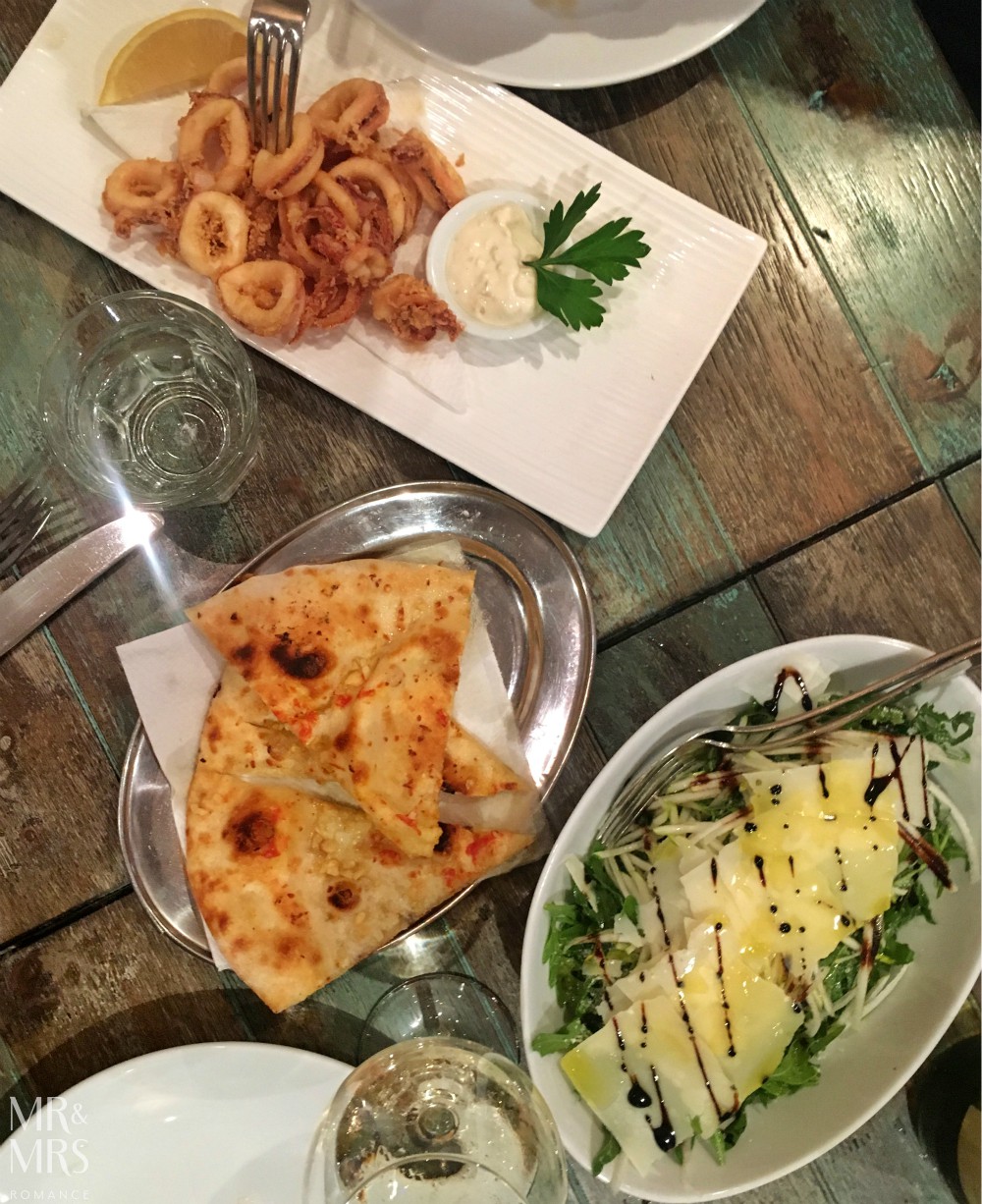 Along with the garlic and herb pizza, we’ve started with some calamari fritti and a rocket, pear and parmesan salad.

If you haven’t been to Capello before, you should check it out. It’s a beautiful little restaurant near Balmain East Wharf, so you can get the ferry here really easily. The restaurant’s in an old colonial sandstone building, so it feels like you’ve gone back in time when you’re in here.

Great food, lovely service and good prices – just prepare to get quite warm if you’re here on a hot night: the woodfired pizza oven chucks out a lot of heat and their air con hasn’t been working properly for a while. 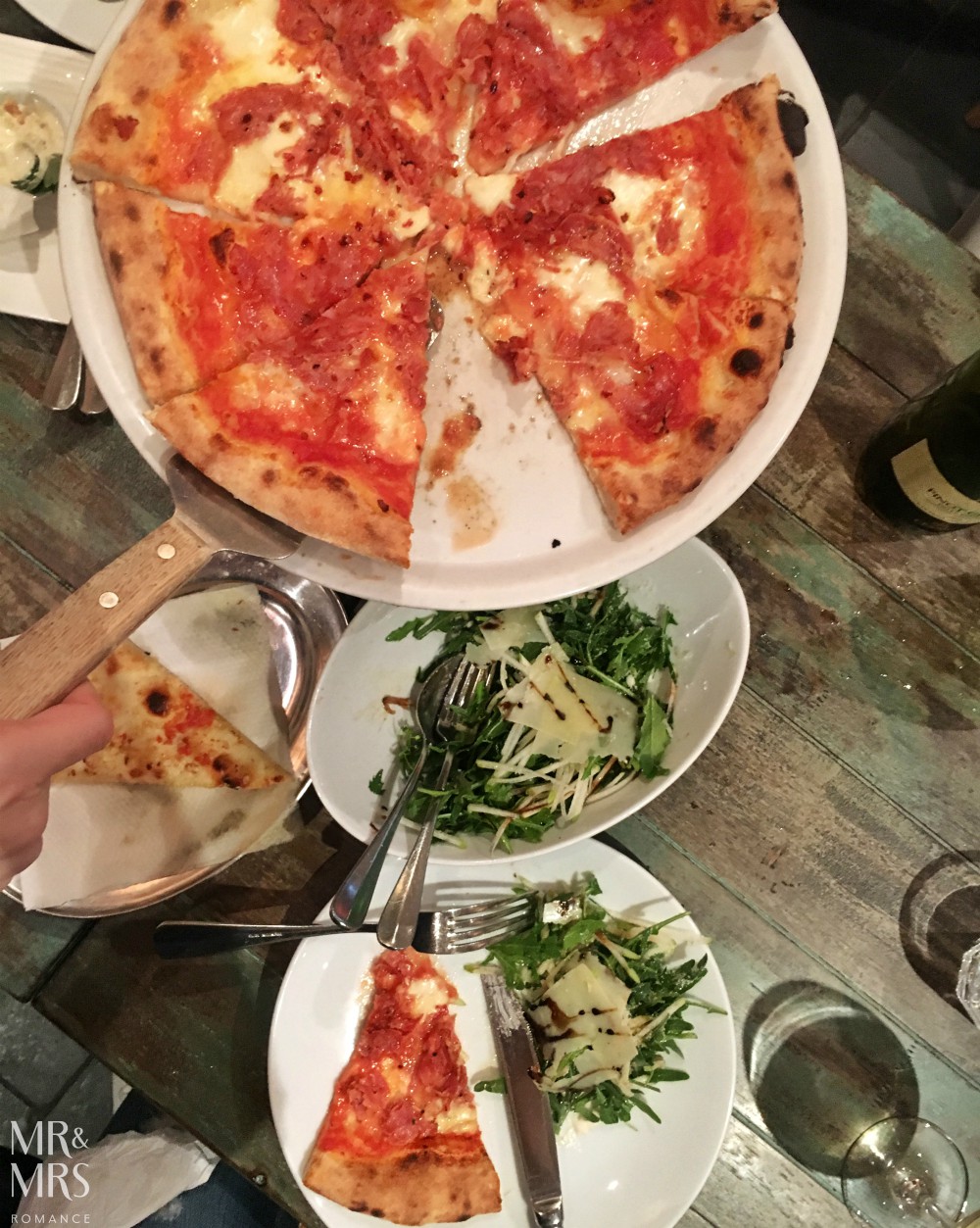 On to the main course though – the pizzas here are delicious. However, don’t expect thin and crispy or deep pan style. This is somewhere in between and very much like the Napolitano style. The crust is light, puffy and crunchy around the edges, but thin, soft and floppy in the middle. It’s almost exactly what you’d get in the pizzerias of Naples.

This is the Diavola and one of my go-to pizza styles. Love a bit of spicy salami! 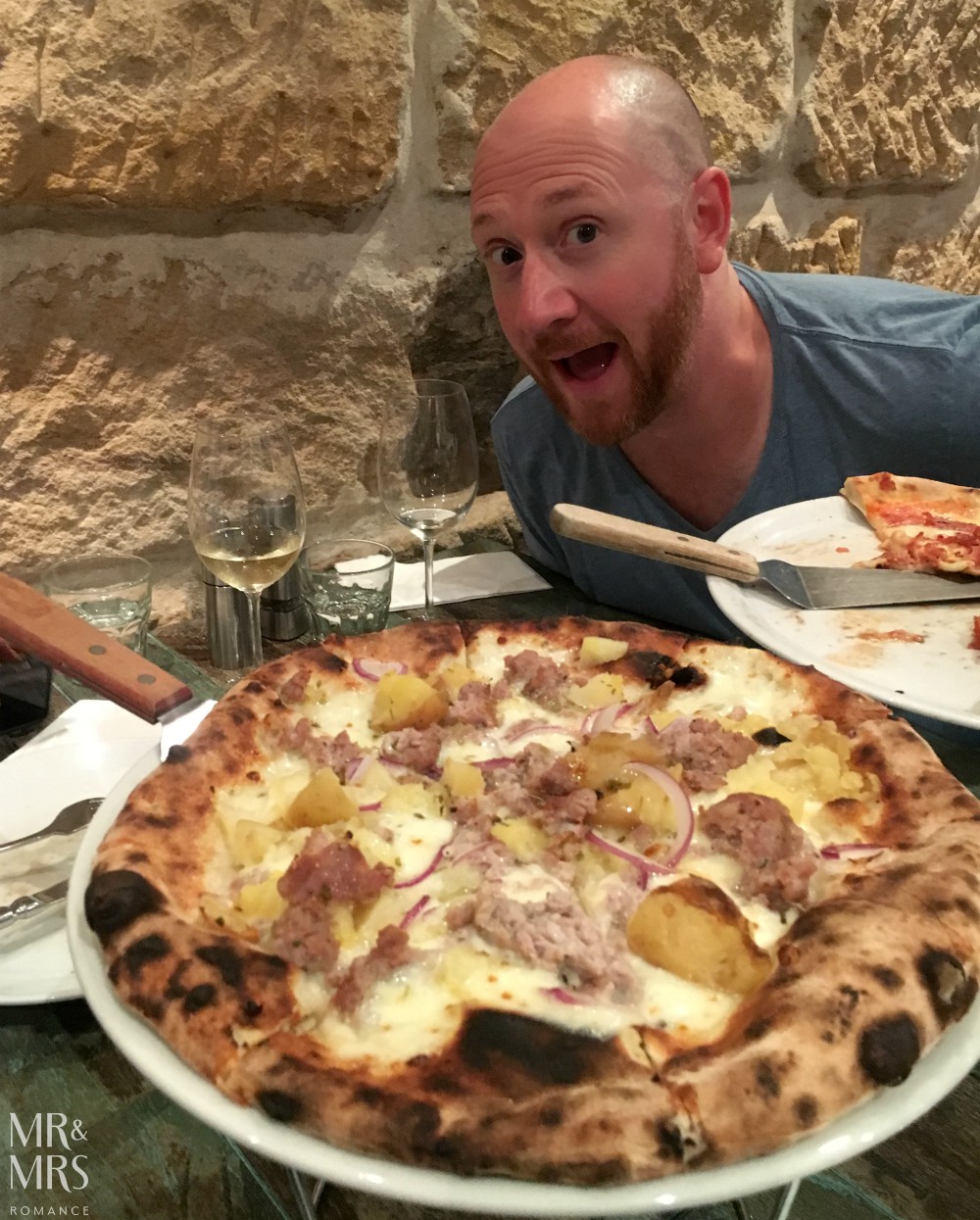 As you can see, I’m pretty excited about dinner. This is the Contadina with mozzarella, Italian sausage, potato and onion. So good! 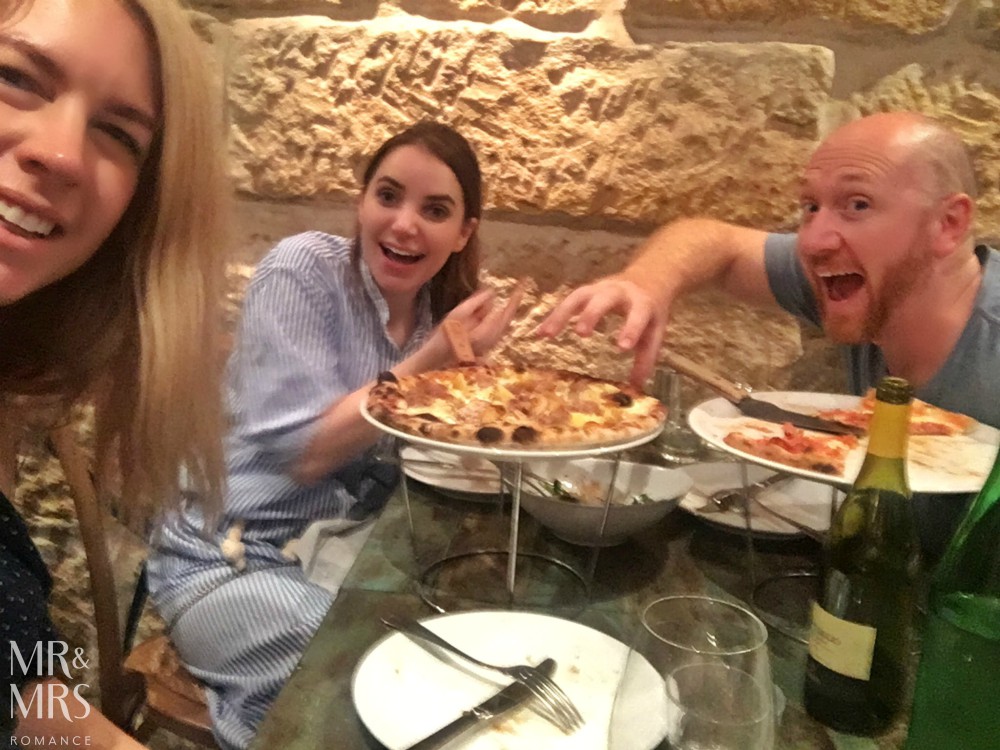 And here we all are! Action selfie shot time! 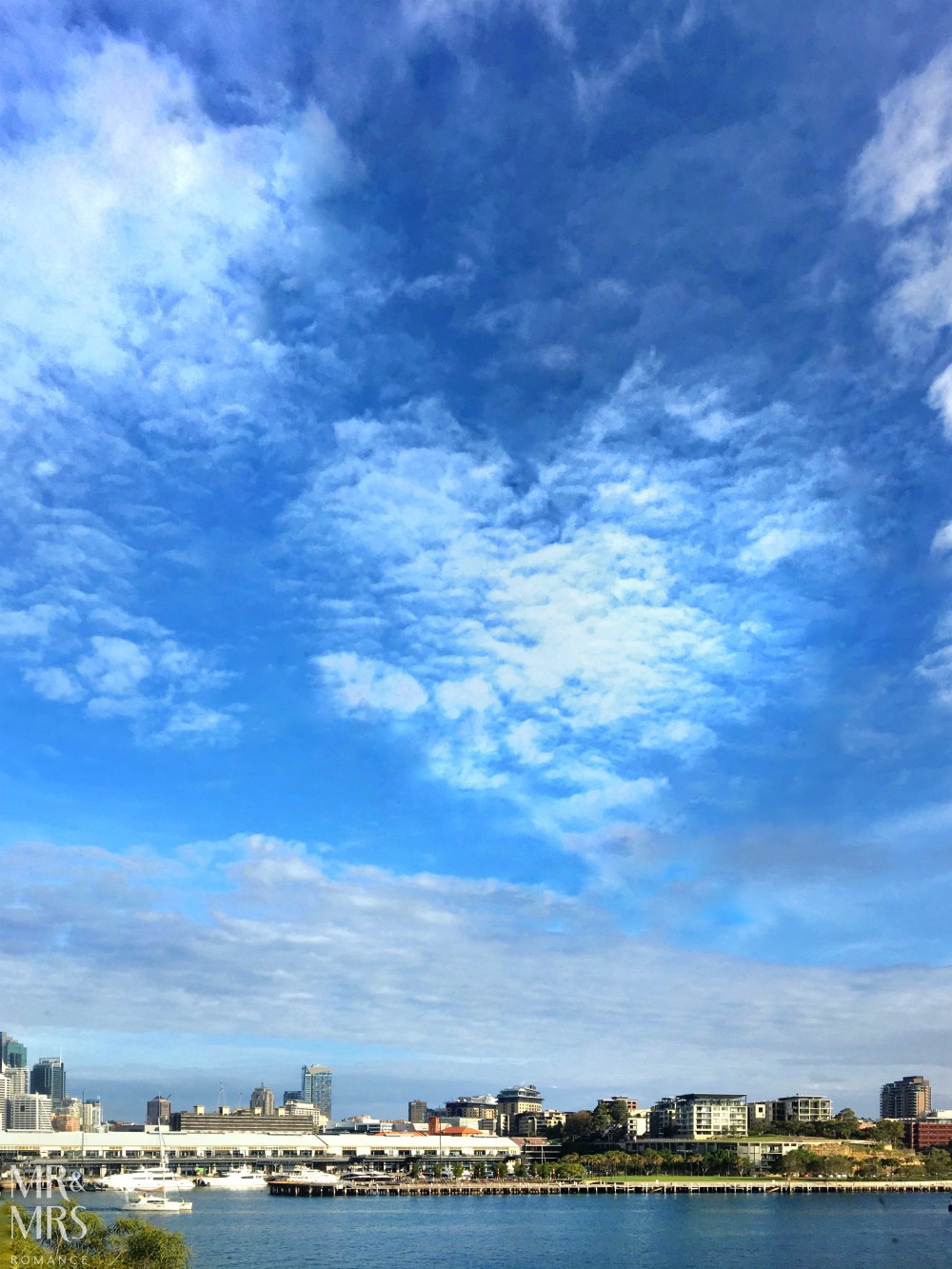 We hope you’ve enjoyed this week’s IG Edition. I thought I’d leave you with a picture of a heart-shaped cloud. Very on-brand, isn’t it?

We’ll speak to you again soon – but it won’t be from Sydney! And because of the time difference, I might be a bit late getting our updates to you. I’ll do my best, but please don’t hold it against me!

Exploring the home of history and romance – Blenheim Palace, Woodstock

For 300 years, Blenheim Palace on the eastern edge of the Cotswolds, has seen iconic moments in British history come to life – not…