We Aussies do love to brag about our coffee. And though the big words might be fair dinkum, menus in cafés here can be bewildering to visitors. Talk of piccolos, doppios and short blacks tend to scare off people not ‘in the know’. Here’s how to order coffee in Australia – and what the names mean.

I remember when I first came to Australia, café menus baffled me. Coming from the UK, I was used to either black coffee or coffee with milk. That was it.

Sometimes – to be exotic – I’d chance my arm at a cappuccino, but you had to be prepared for staff to stare at you confused if you had chosen the wrong venue.

The amazing range of coffee types in Australia initially made my head spin, though the quality and flavour of coffee here is really worth the learning curve.

Baristas put so much care and attention into their brews it borders on – and regularly leaps far over – obsession. Even the smallest café or even ice cream shop will house a huge gilded steam-blasting black-gold-extruding portafilter-wielding espresso machine. And the barista behind it will be working it like a concert pianist coaxing out a rich, life-bringing melody.

All this makes the uninitiated feel even more intimidated when their turn in the queue comes and they have to announce with confidence the coffee they want.

To help, here are some translations of what coffee will come with which order.

The names for different styles of coffee mostly come from Italy. We discovered that consistently good coffee – even in Europe – was hard to come by apart from in Italy. They know what they’re doing there.

Most of the milky coffees below are quite similar. Often it’s only the amount of foam, topping and texture of the milk that sets them apart.

The ‘smallest’ of these coffees The ristretto is often seen as one of the more difficult to make. It’s basically a straight shot of espresso, but with a difference. Less water passes through the coffee, which is ground finer, so the result should be less bitter and more refined flavours.

This is a short, powerful yet tasty blast of coffee with a fine crema – the beautiful golden froth from the coffee, which is full of flavour and aroma.

A post shared by Paramount Coffee Project (@paramountcoffeesydney) on Feb 18, 2016 at 11:56am PST

AKA single espresso shot, this is a barista’s bread and butter. All other coffee styles from the machine start like this. If you’re short of time and in need of a caffeine hit, order this.

Full-flavoured and a tendency to be the most bitter of these coffees, this is a seasoned coffee drinker’s choice of joe. There should be a thick crema, which adds to the texture of this drink.

In Italy, this is pretty much all they drink after lunch. Cappuccino is seen as a breakfast coffee and a meal on its own.

One of my favourites if I don’t feel like a coffee with lots of milk but something more than a short black. A macchiato, which means ‘marked’ or ‘stained’ in Italian, is an espresso shot with a blob of milk foam on top of the crema.

Some places add a little milk too, but it shouldn’t be too much. I found this is the best option for Aussies visiting the UK; a macchiato there is similar to a regular size latte or flat white here.

Literally ‘double’ in Italian, this is a double shot espresso. If you feel the need for an extra pick-me-up, this is the one. But be aware that the barista needs to know what they’re doing. It’s easy to ‘burn’ a double shot, which won’t taste very nice. It’ll be bitter and lose its silkiness.

If you want a double shot in your milky coffee, you need to ask for either a ‘double shot flat white’ for example, or just ask for a ‘strong flat white’. Many places don’t charge you extra for the added shot, but some will.

Also known as a ¾ latte, this is good if you want to drink more coffees but limit the amount of milk you have. It’s a popular order in the city and for people with several café meetings in a day for example.

It’s a full shot of coffee but with much less milk on top.

One of the most popular coffee orders at the moment, a flat white is an espresso shot with hot milk and very little froth. The king here is the milk and how well it’s steamed. You should have a silky, smooth drink with plenty of flavour from coffee.

Baristas love a flat white for adding a bit of flare to the top. The rosetta of ‘latte art’ can go anywhere from a well-turned fern to full on pictures in the foam.

Creamier than a flat white and with substantial foam, this coffee tends to be much more milk-led in flavour. This one doesn’t come with any chocolate sprinkles, but baristas do enjoy putting a rosetta on the top of these too.

You’ll often get a latte served in a glass rather than a cup. One of the reasons I don’t drink them unless it’s a takeaway. There’s something about drinking coffee from a juice glass…

Don’t order a ‘latte’ in Italy – they’ll just bring you a glass of milk and a quizzical expression.

The classic continental coffee style, the ubiquitous, timeless and much-loved cappuccino is a staple across the world. Creamy like a latte but added sweetness from the chocolate sprinkles, this is a tasty coffee.

My mum always orders a cappuccino, but without the chocolate… in effect a latte. She’s also taken to asking for ground cinnamon instead, which makes me wince, though she also enjoys ground turmeric on her coffee. In this, it seems she’s ahead of the curve.

As you might imagine, a long black is like a short black but longer! The barista pours hot water – around 120ml or to near the top – into the cup and then the espresso shot into that. The coffee combines with the hot water leaving the crema on top.

This is a popular drink with those wanting a longer drink without the calories or lactose of a milky coffee.

An Americano is a similar drink but with the coffee poured in first then the hot water, so there is no crema left.

A recent craze – and one we love – the ice latte is basically a shot of coffee poured over ice cubes with chilled milk added. You can also get some with milk and chilled water added.

This is a completely different drink from an ice coffee, which often comes with ice cream and cream on top.

The ice latte is a refreshing drink for hot days when you still need a heart-starter. It’s cold, coffee-lead and served in a glass… which I’m oddly ok with.

A post shared by Paramount Coffee Project (@paramountcoffeesydney) on Nov 22, 2017 at 11:33am PST

More like a science experiment than a coffee machine, the thing required to make a cold-brew coffee is an impressive piece of equipment.

Smooth, light, refreshing to drink, they say this is the best way to experience the characters of the coffee, which is why the barista will use a single origin bean. Altogether, this tends to be an expensive drink, but worth your money and their effort.

Click here if you want to see a cool infographic of how the cold brew system works.

Funnily enough, this style of coffee was much maligned not so long ago by the caffeine elite. It’s now seen as one of the best ways to drink hot coffee and is very similar to the way coffee’s made in those automatic filter machines.

The difference here is the quality of the coffee, the size of the grounds and the temperature of the water. Plus you drink it immediately instead of having it sit on a hot plate and stew for hours.

Also popular with hipsters and coffee enthusiasts, this method produces a ‘true’ coffee flavour that’s bright, fruity and smooth. If you see a café offering syphon coffee, you should definitely try that too. It’s a filtration system but one that uses evaporation and pressure to percolate the coffee.

Thankfully, the coffee culture so common in Australia, is spreading out across the world. One day perhaps we’ll see the end of the “hot water with brown grit in it”* I was brought up on.

Or even better, the end of the double-shot skimmed decaf caramel popcorn pretzel Frappuccinos that need as much translating as the coffee types in Australia.

Here’s to an honest cup of joe and the internationally understood importance of that first coffee of the morning.

Do you have a favourite way to have your coffee? Are there any styles we’ve missed? Tell us in the comments. 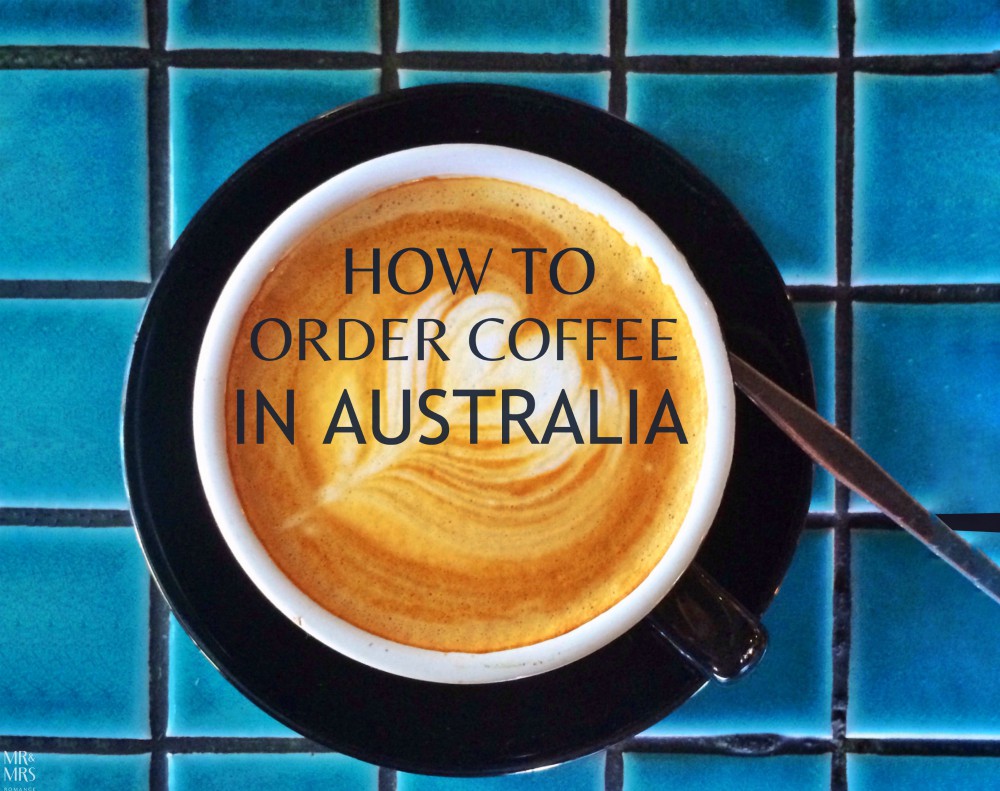