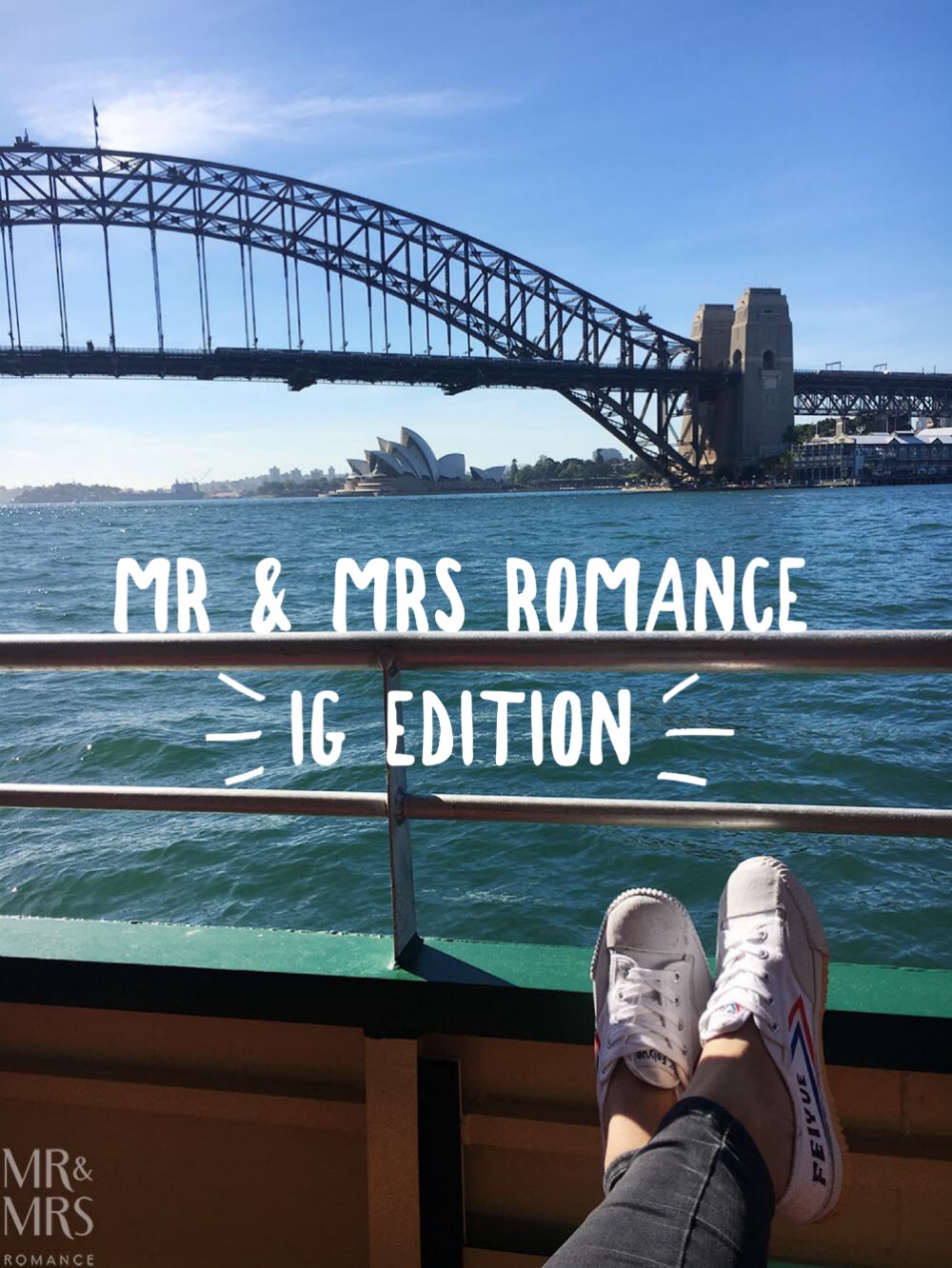 Summer is really coming on here in Sydney. The sky’s a lot clearer than last week and a prolonged heat wave is on the horizon.

I don’t know if this has had any more of an impact on how much our furry house guest – Indi the English Staffordshire Bull Terrier – sleeps, but she’s definitely less inclined to move far from her bed.

It’s good news for us because she’s very cute when she’s stationary. This is why a lot of this week’s story is about her.

We’ve also got a pizza feast to tell you about plus I get to show off my curry-making skills when we have Christina’s sister and brother-in-law Mary and David over for dinner.

Oh, and there are some donuts we need to talk to you about too.

Hope you enjoy this IG Edition. 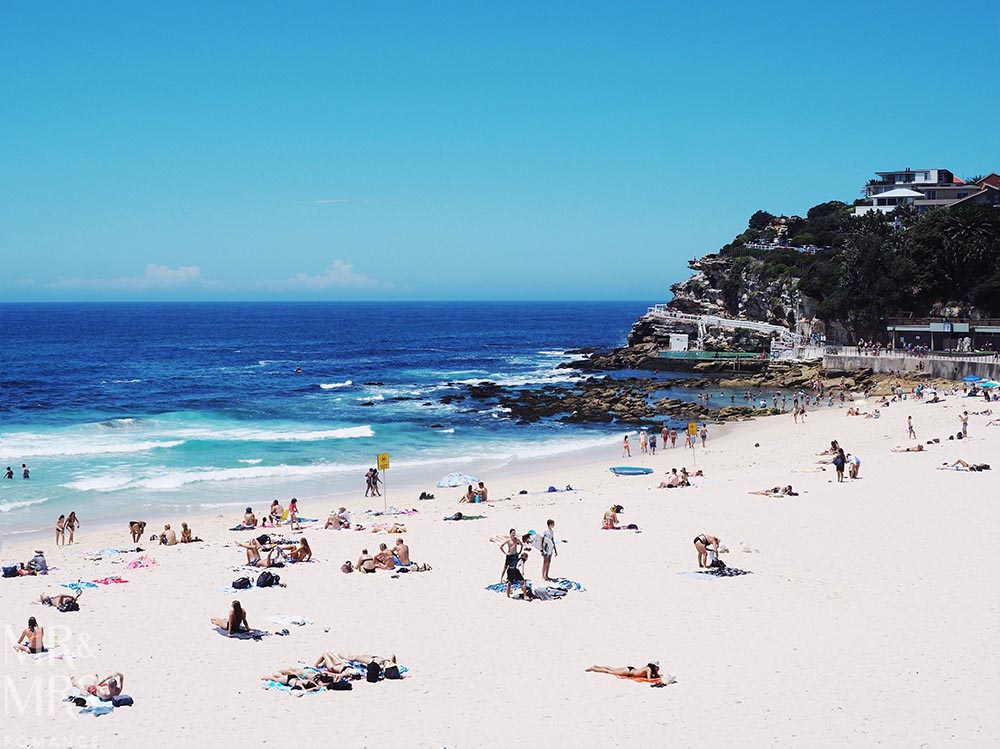 It’s a hot day to be down at the beach, but someone has to do it. Bronte is one of our favourite city beaches – it has a real local feel.

Often when the other beaches in Sydney are packed, it’s still peaceful here. It could be because it’s harder to swim here because of the shore break or that it’s easier to get to Bondi or Coogee.

Whatever the reason, Bronte’s always a good option when the sun’s out. 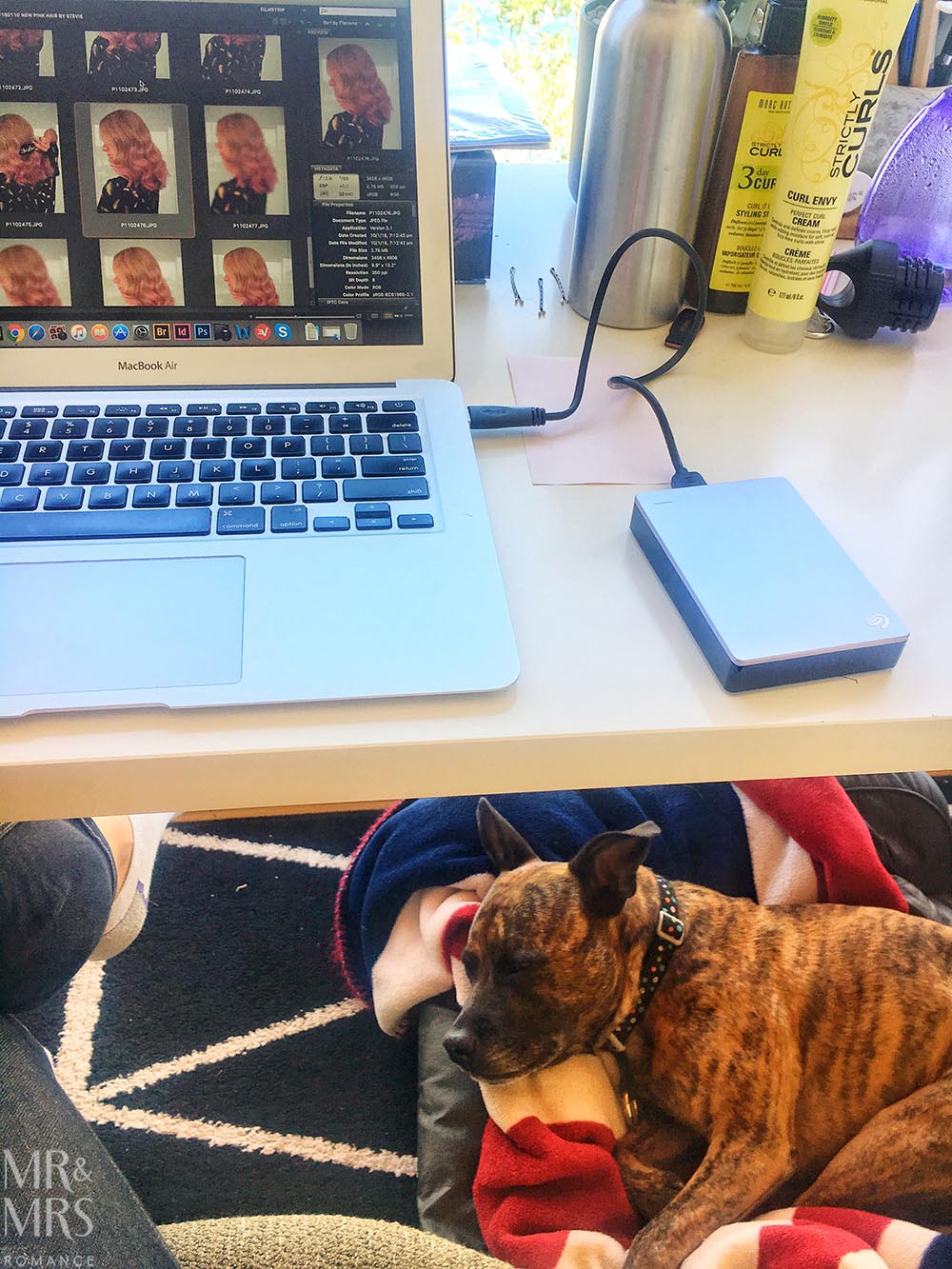 Meanwhile, back at the office, Indi has moved in under the desk. She looks pretty happy, but judging by Christina’s phone’s photo reel, I’d say everyone’s feeling a bit of joy with this outcome.

Nothing like a little brindle Staffie on Hair Romance! 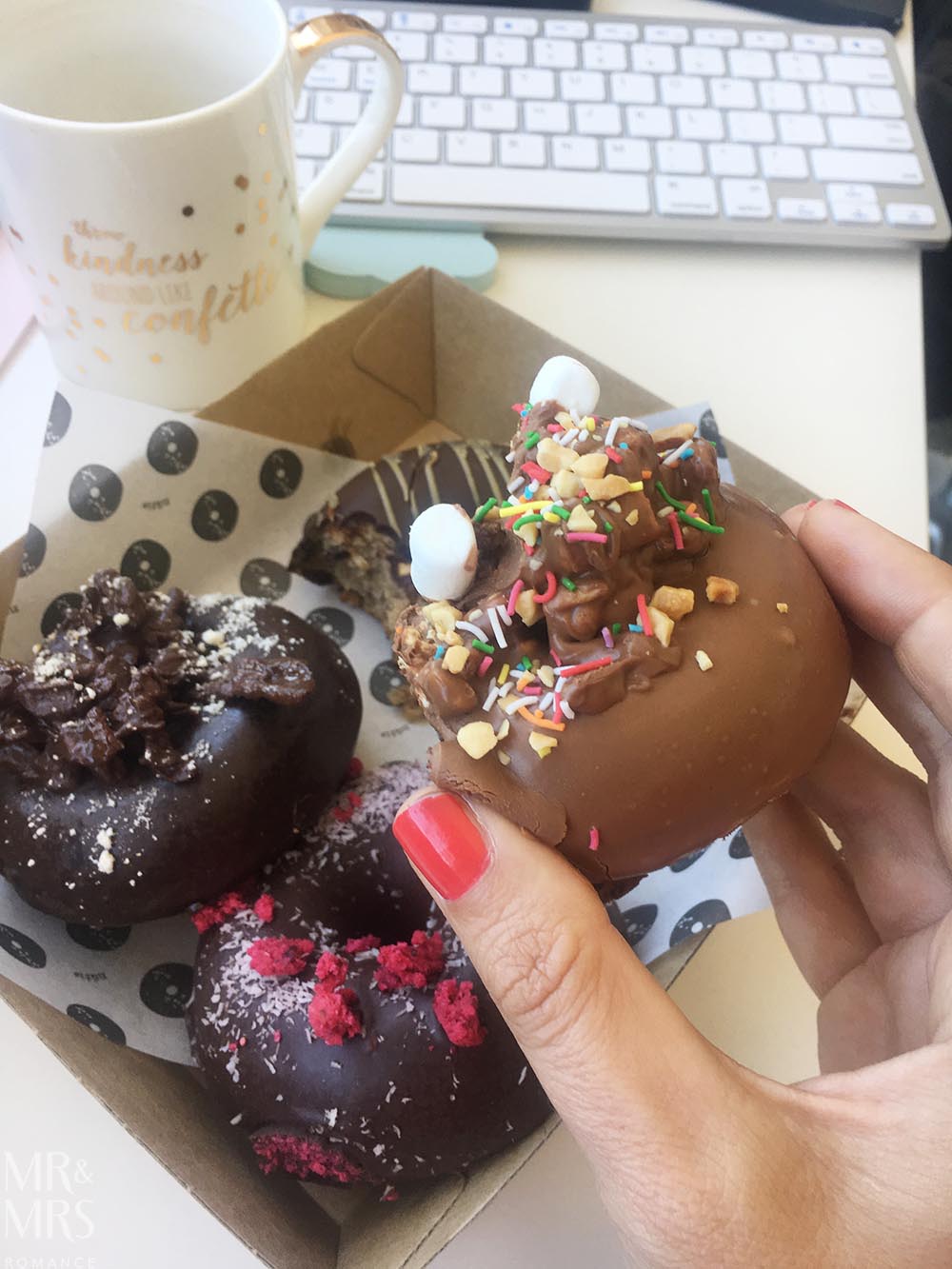 I’ve just come back from a physio appointment in Balmain, which happens to be directly across the road from Nútie Donuts. This place sells truly delicious donuts that are not only gluten free, they’re vegan and organic. They are hipster with a hole!

I’ve picked up four – because I’m a massive pig – and because I know it’ll make Christina very happy. She’s tucking into the Rocky Road donut now with Snickers, Cherry Ripe and – best of all – Couch Potato still to be gobbled. 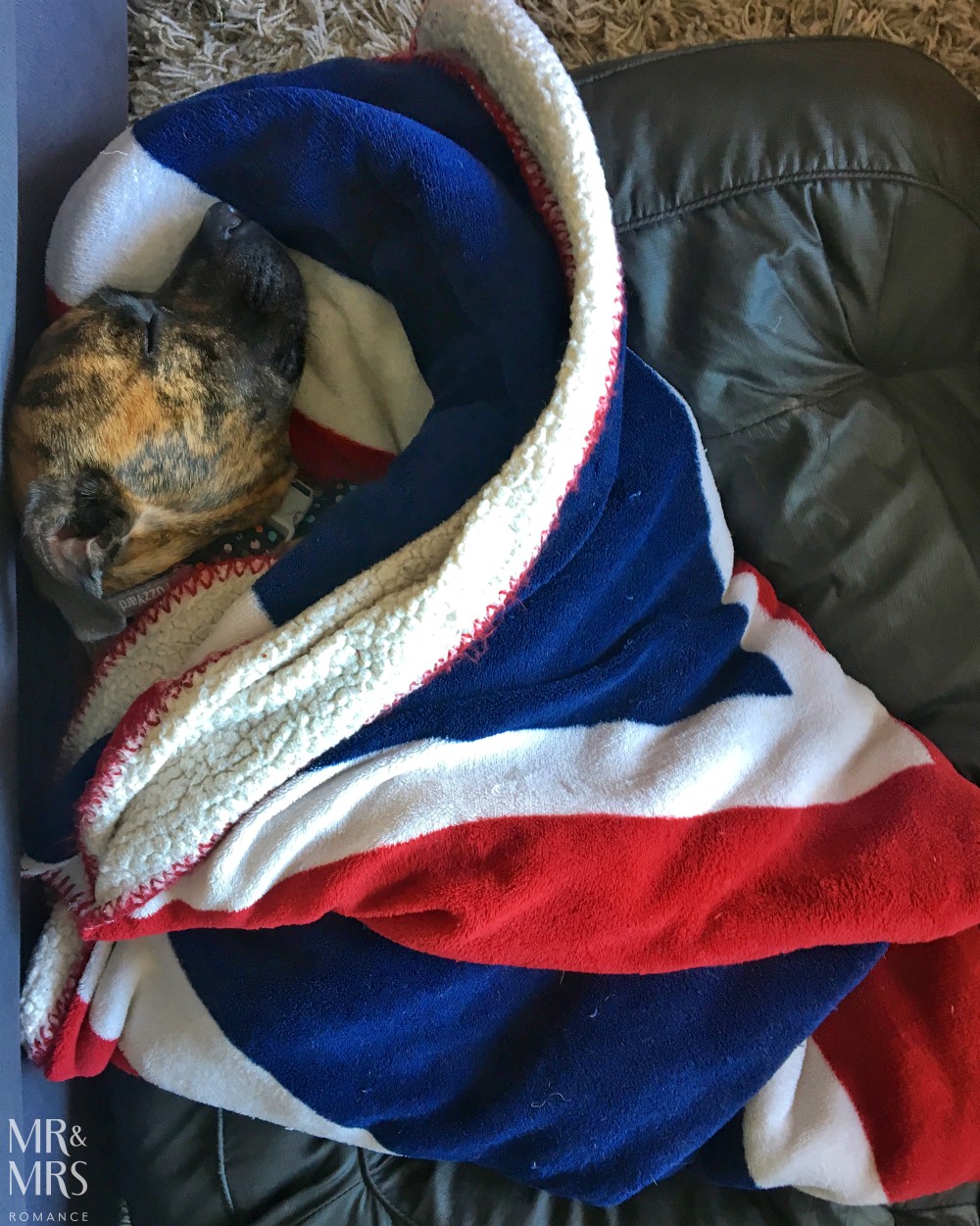 This evening, once everyone’s settled down after dinner, we’re relaxing in front of the TV (if you call making your brain explode with the latest Netflix season of Black Mirror relaxing).

We’ve decided that Indi’s part cat though. There’s no way a dog would be so chilled out. Or cute! She loves being wrapped up in her blanket and falling asleep like this. 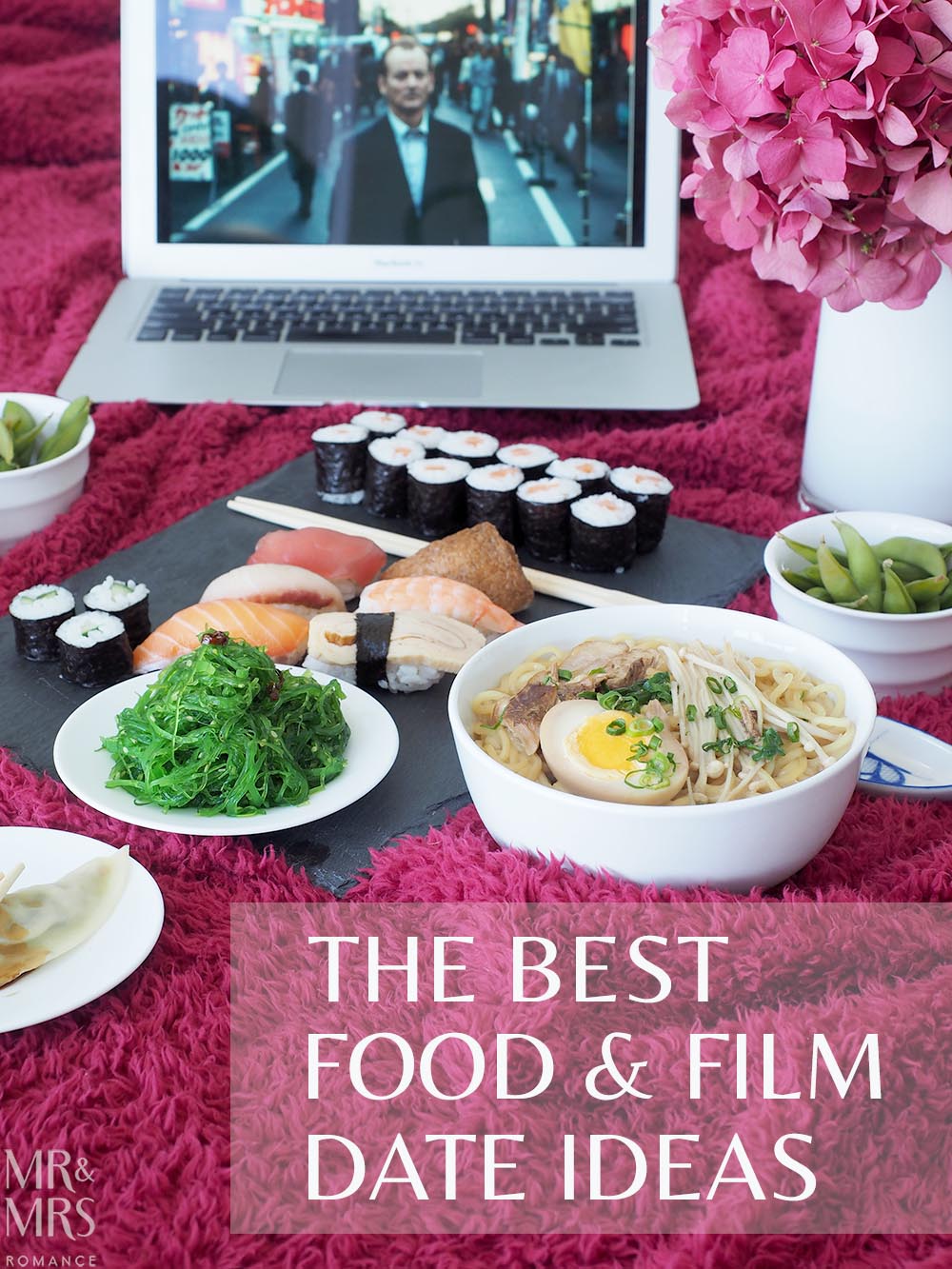 How’s this for a date night? Delicious Japanese food from Sushi Man, Lost in Translation and a picnic at home.

We’ve worked with Uber Eats bring together our favouritedate night at home ideas where you match the food you want to eat to the movie you want to watch.

It means we haven’t had to go out, argue about where to eat, worry about how to get home (especially with Indi here waiting for us).

Check out our other meal-movie date night ideas here. 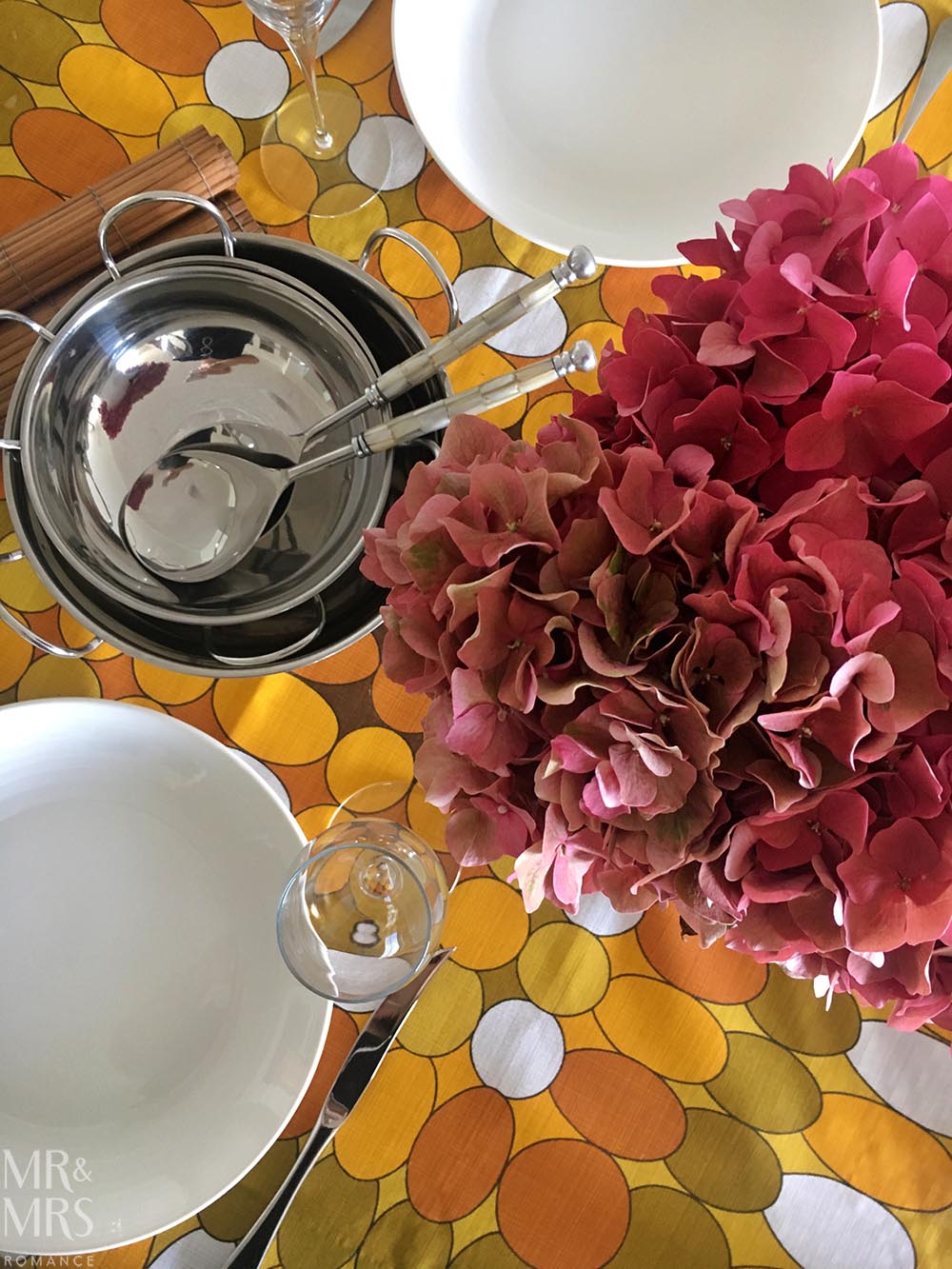 Tonight my sister- and brother-in-law Mary and David are coming round for a long-promised curry.

I love making Indian food – it’s the national dish of the UK after all – and have been preparing this meal all week, so I’m pretty excited.

It was actually Mary that bought me these awesome curry pots. They’re just like the ones you get in a curry house back home, and they get pretty well used! 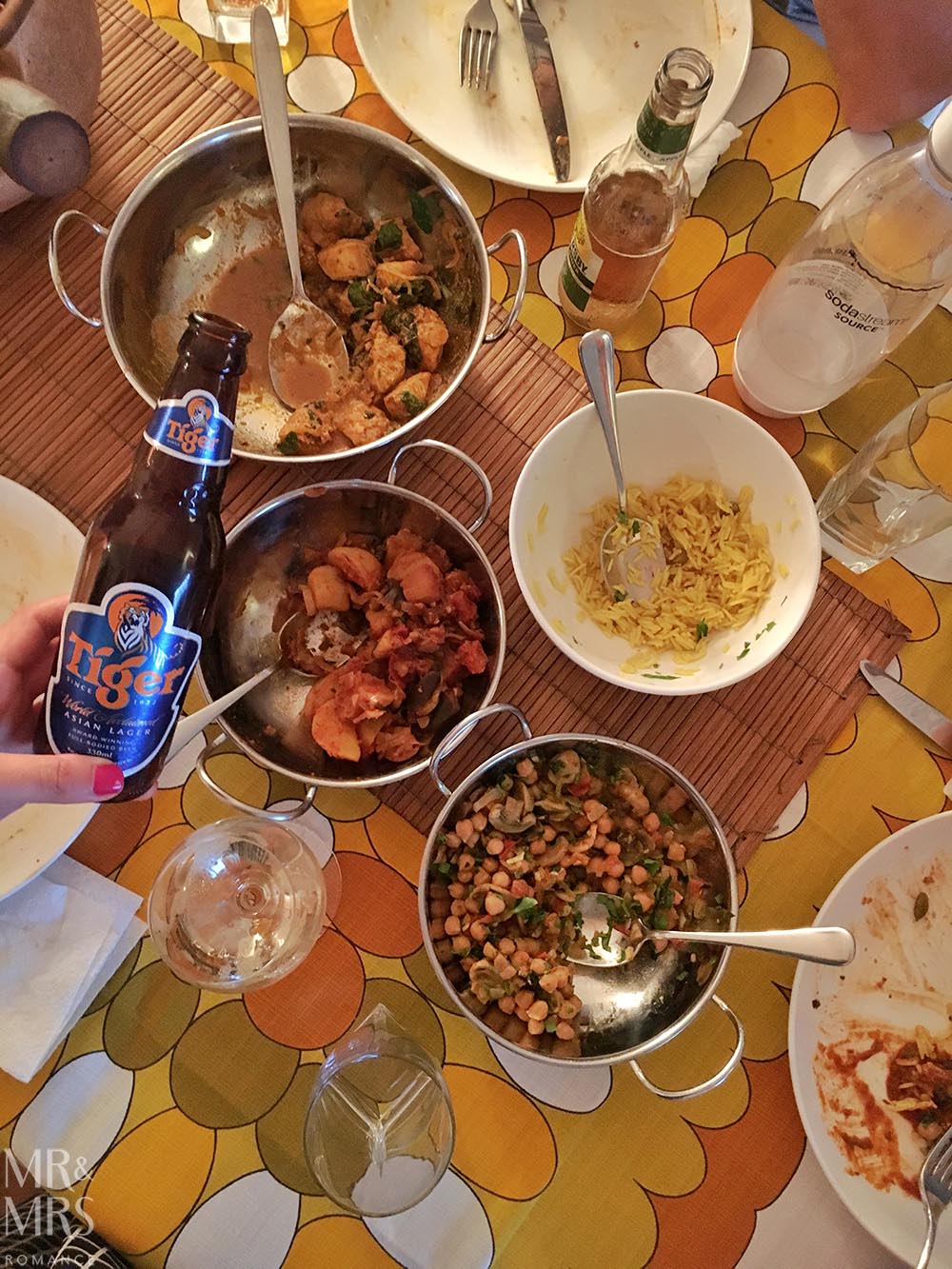 We forgot to take a photo before we started eating, but here’s a shot midway through the frenzy. And, of course, Tiger beer is the beverage of choice when having a curry.

It’s a funny thing: in the UK, we say we’re “going for a curry” but it’s not like that here. In fact I have a long-standing discussion with our friend Carly from Smaggle about why it should be “a curry” and not simply “curry”.

I don’t think we’ll ever agree!

By the way, all the recipes for these dishes (and more) are in our curry series you can find here. 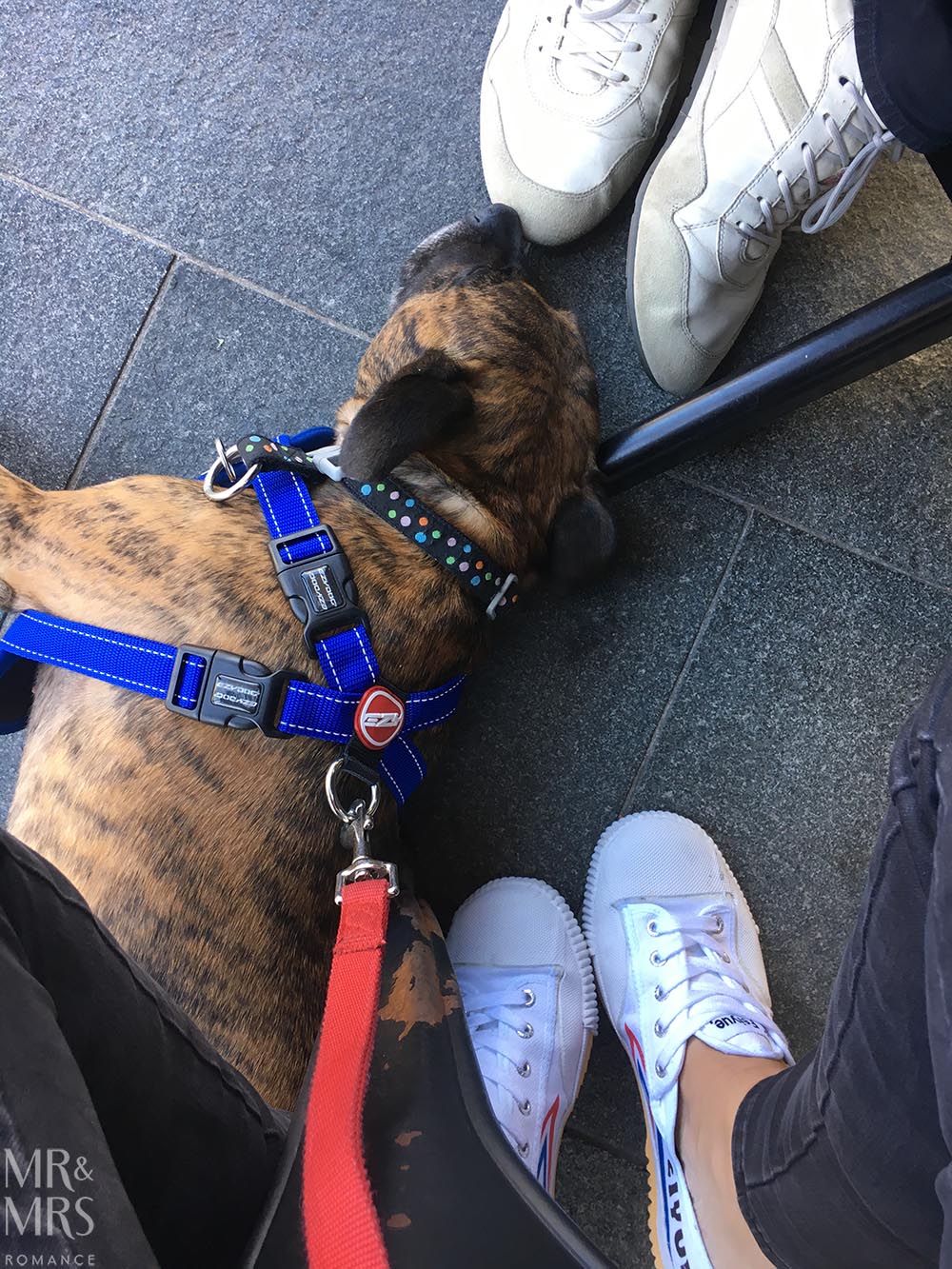 This afternoon we’re catching up with our friend Loc Boyle, a photographer Christina met in Puglia last year. He’s a lovely guy and – as you can see from his work – a talented photographer.

We’ve brought Indi along with us and – true to form – she’s very relaxed about it all. We’re at our new favourite café in Balmain: Black Lizard for a bite to eat. 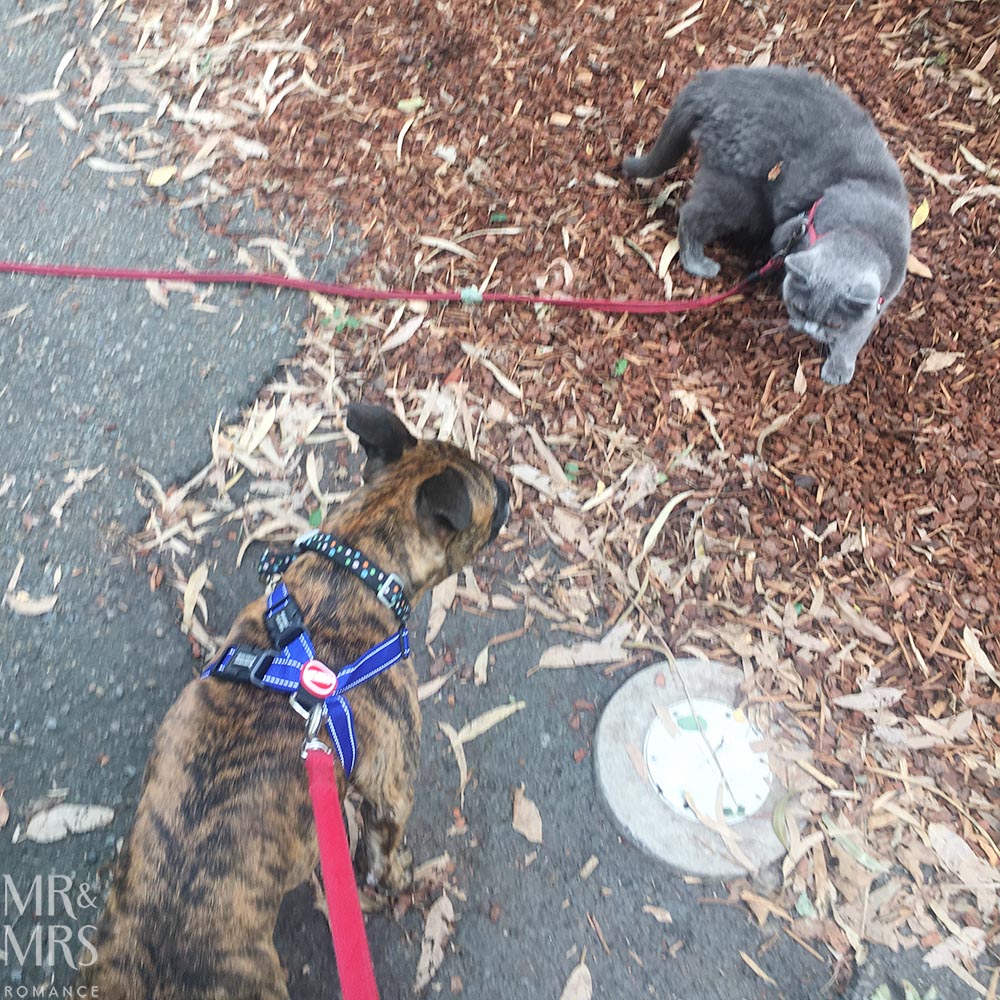 After lunch and seeing Loc onto his bus, Christina, Indi and I bump into one of the neighbourhood characters you might have heard us talking about before: Leash Cat!

Adorably cute yet appallingly stupid, Leash Cat (real name: Fluffy Bubba) is permanently trussed like this probably to stop him getting stuck in a corner.

He doesn’t seem too impressed with Indi’s presence though, does he? 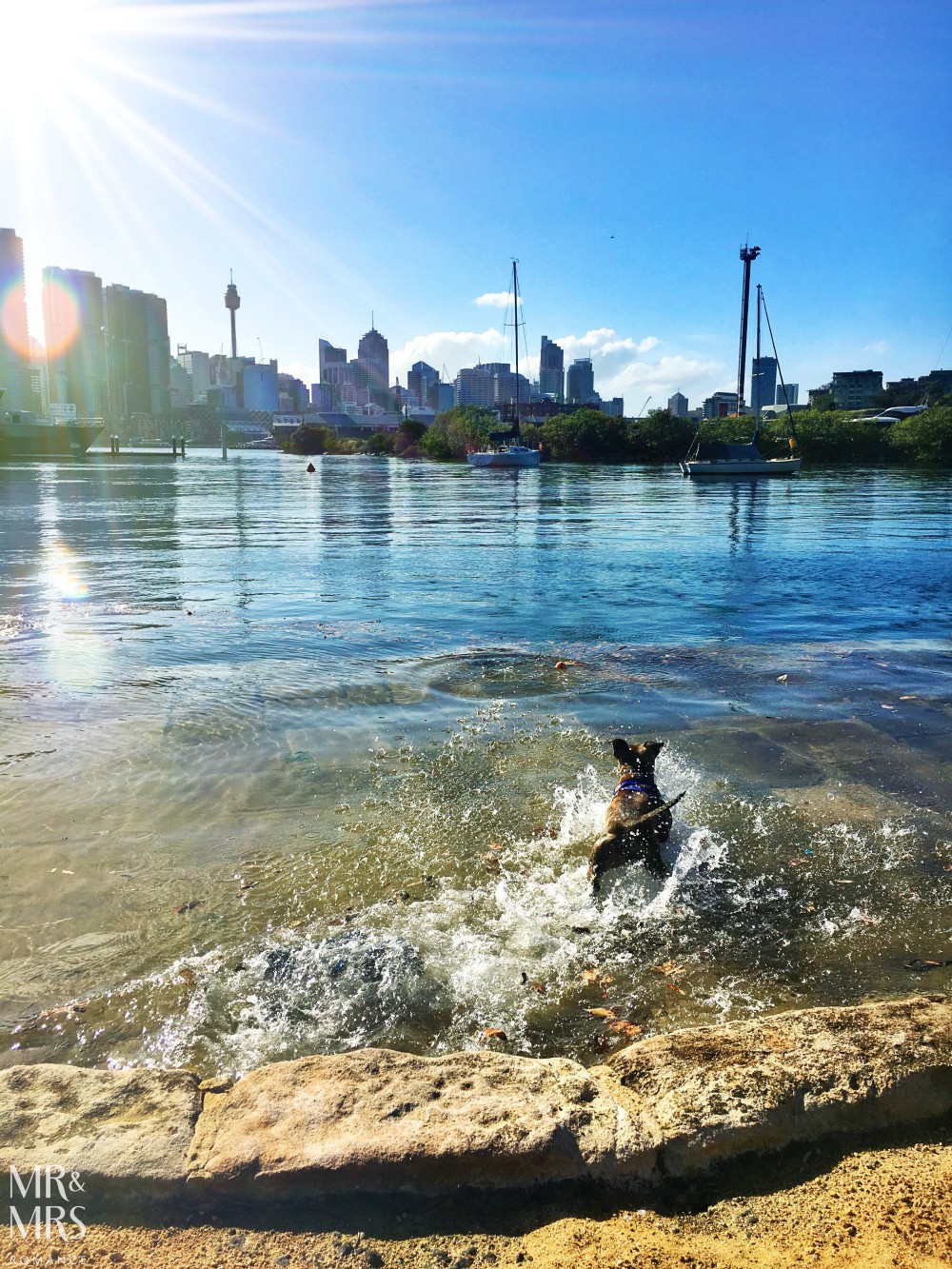 After her encounter with Leash Cat (and a prolonged ball-fetching session), Indi has decided to jump in the harbour. It’s probably a good idea though; she gets very hot from running after her ball.

The funny thing is our friend Stevie, whose dog this is, told us Indi was terrified of the water. I see no evidence to suggest this. 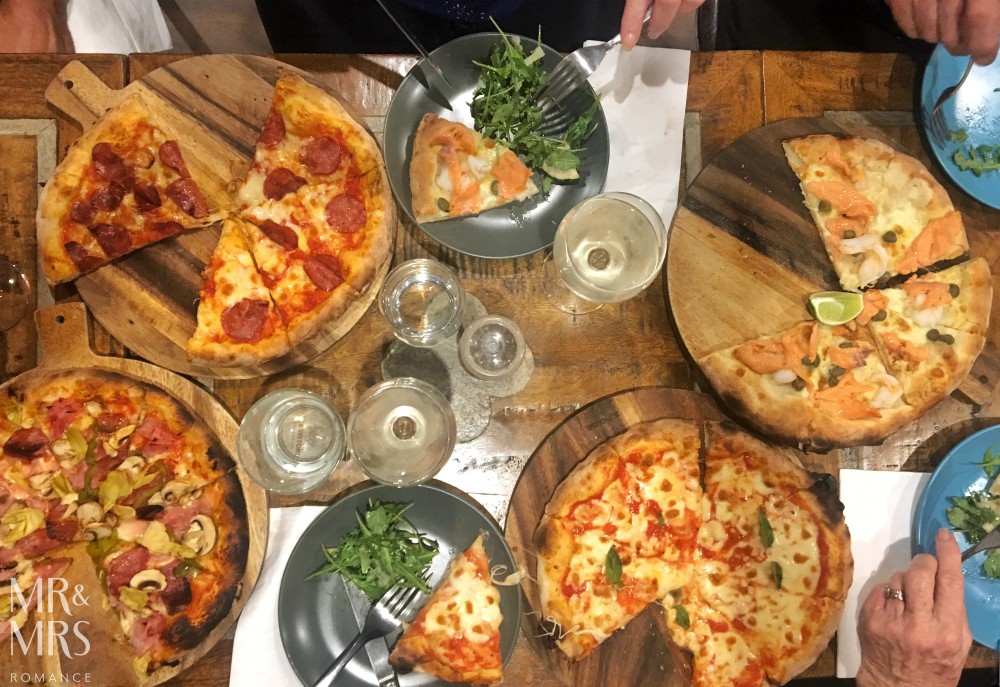 Tonight we’re out with the family for Christina’s dad’s birthday. Sadly, he passed away in 2009 shortly after our wedding, but we all make sure we do what he’d love the most and get together for some delicious food.

This year we’ve opted for pizzas in Beecroft. This funny little place doesn’t look like much from the outside and even less from the inside, but the pizzas here are excellent and the service is perfect.

I think Sergio would’ve found this pizza cafe very amusing, with its odd décor, but would have approved nonetheless. 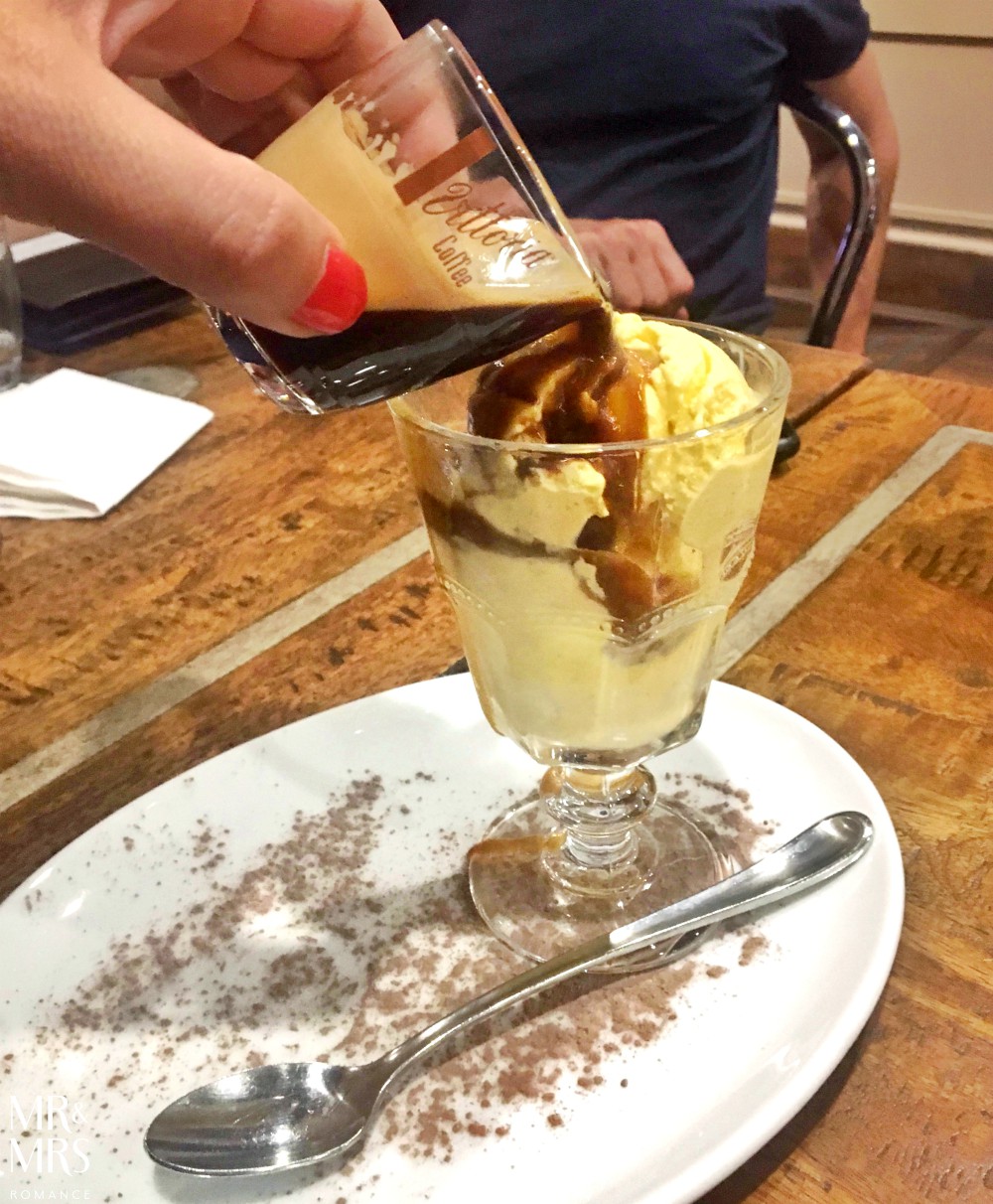 For dessert I stick with an espresso, but Christina takes it a step further and orders an affogato. Looks pretty good – if I hadn’t just filled my face with pizza, I might be suffering a bit of food envy. 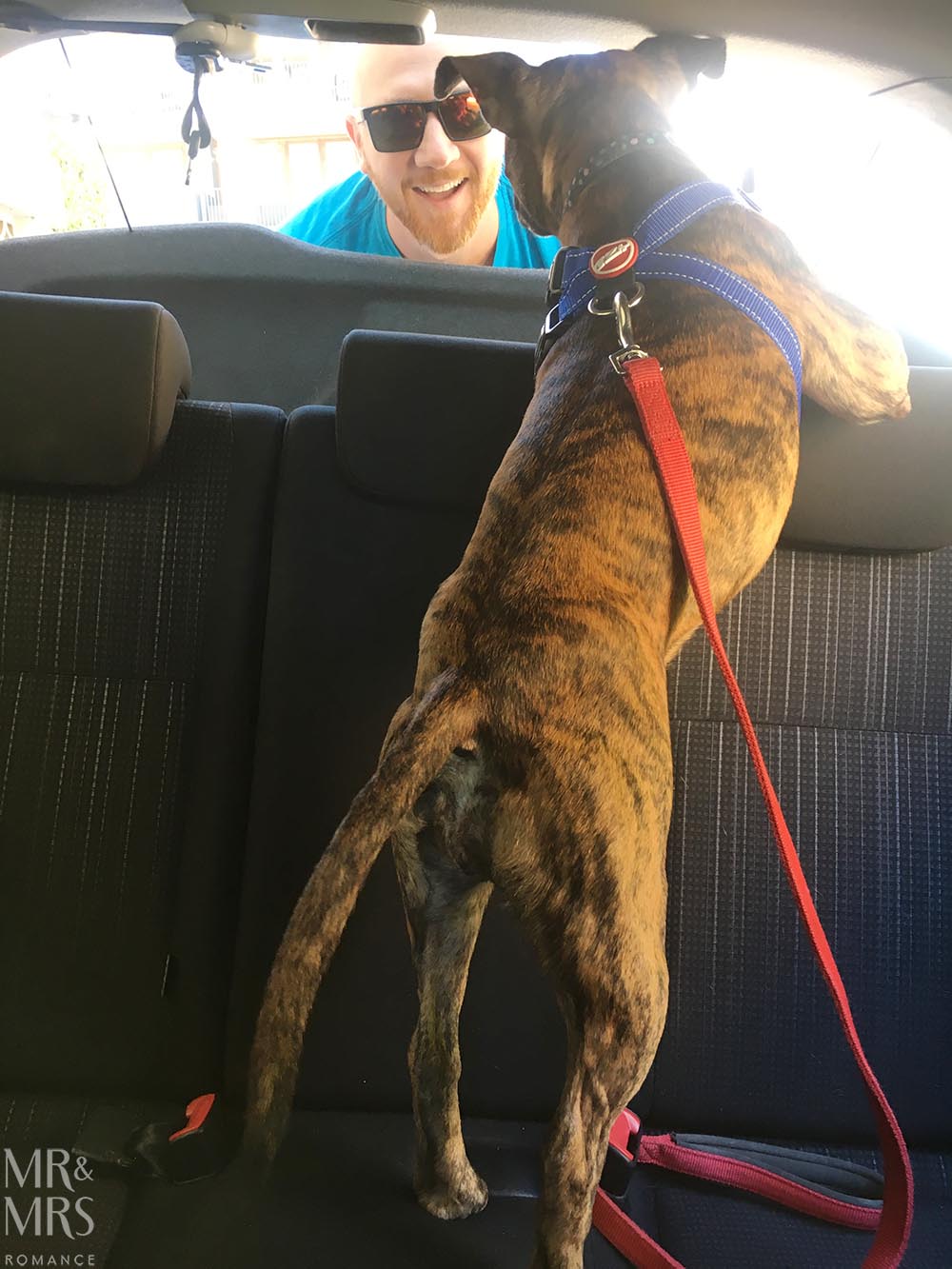 This morning, we still have a few hours left on our Go Get car. We drop Indi off at her hairdressers (Stevie owns Stevie English Hair) and hit Ikea and Aldi.

When we get back from our shopping trip, we’re surprised to find that Indi’s really missed us. We drive her to a big park for a long walk. I think she’s pretty excited at the prospect! 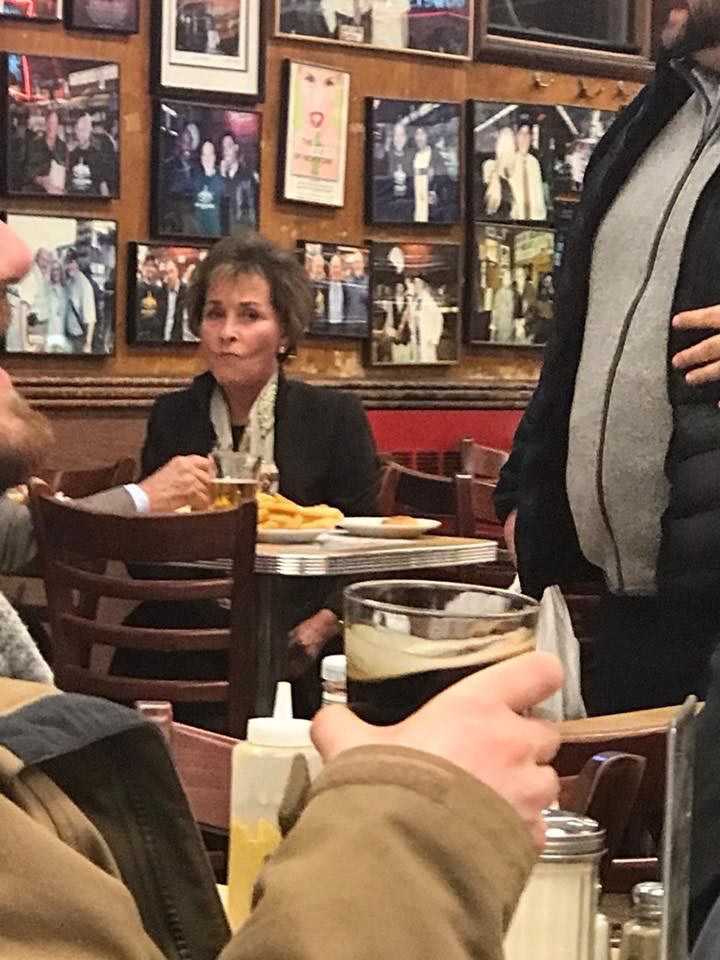 We leave you with this haunting image: Christina’s cousin Ashleigh snapped this cheeky photo of none other than Judge Judy herself tucking into a bowl of fries in NYC.

The only problem is I don’t think Ashleigh was subtle enough and Judy’s totally busted her. Look at that scowl!

If I were Ashleigh, I would run for it. #OnlyJudyCanJudgeMe

We hope you’ve enjoyed this IG Edition and that you have an awesome week.