Penfolds Grange Hermitage – or just straight ‘Grange’ to its friends – is roundly considered as one of the world’s greatest wines. It’s certainly one of the most expensive. So I was intrigued when I mate Jarrod texted me a picture of the oldest Grange vintage the other day. Here’s the story why.

Jarrod is a lucky fellow. Apart from devilish good looks, a quick wit and exceedingly good taste in friends, he’s also married to the lovely Kathleen.

Together, they run Nip of Courage. It’s a distributor and appreciator of craft Australian spirits. Kathleen’s worked in the industry for years and, thanks to his love of booze, so has Jarrod in his own way!

The other day, Jarrod was talking to his mate when they got talking about wine.

It was a bottle of 1951 Grange – the very first vintage Penfolds made. This line wasn’t really for sale, only given as gifts to the winery’s friends and colleagues. It wasn’t until the following year that Penfolds started selling the stuff.

The problem with such old wine is that it can go off. 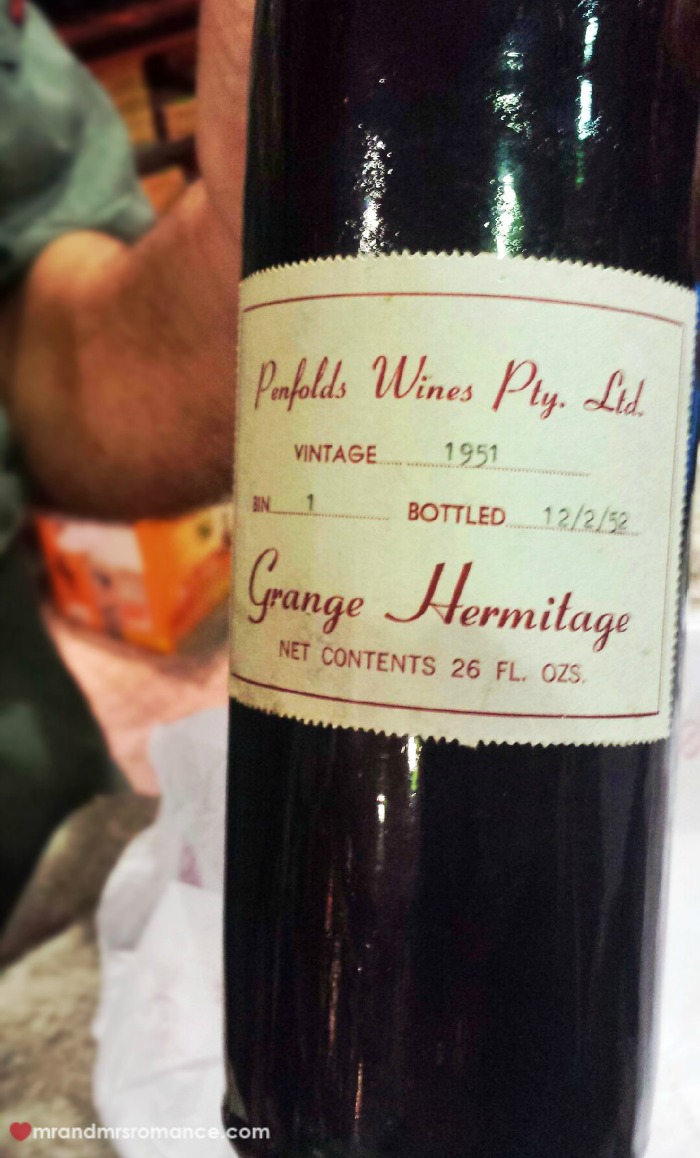 The good news is, Penfolds now run corking clinics for Grange owners every couple of years. At this clinic your bottle (or bottles for the fortunate) will be uncorked and tasted. If they are satisfactory they will be topped up with the current release and have nitrogen added to remove any oxygen and then given a new cork before being put down for further maturity.

Jarrod’s mate had bought this bottle seven years ago for a princely $27,000. He had not over-paid.

Recently the corking clinic told him that, if he refrained from opening the bottle, its current value was about $55,000. If he decided to let the clinicians do their job, open it for testing and the wine was found to have gone off, the value would drop considerably.

In fact, it would be worth $0 – though he could head to South Australia and collect the 30c for recycling the glass!

On the other hand, if they did open the bottle and the wine was good, the value would jump to $85,000.

What do you think he did?

Well, he had the bottle opened…

The wine was good. He’d just made $58,000 on a seven-year investment. Impressive.

If you want more information on this incredible wine, here’s the link to the Penfolds 1951 Grange Heritage tasting notes and a little bit of history of Grange wine.

What would you do if you were given that choice? Would you open a $27,000 bottle of wine with the chance of it being worth nothing or $85,000? Tell us in the comments!

11 secrets to winning at car hire

How do you know whether you’re doing the right thing as you pick up your rental car from the company forecourt? It’s stressful, it…