It’s great to have Mrs R back from Melbourne today. It was very strange not having her around. 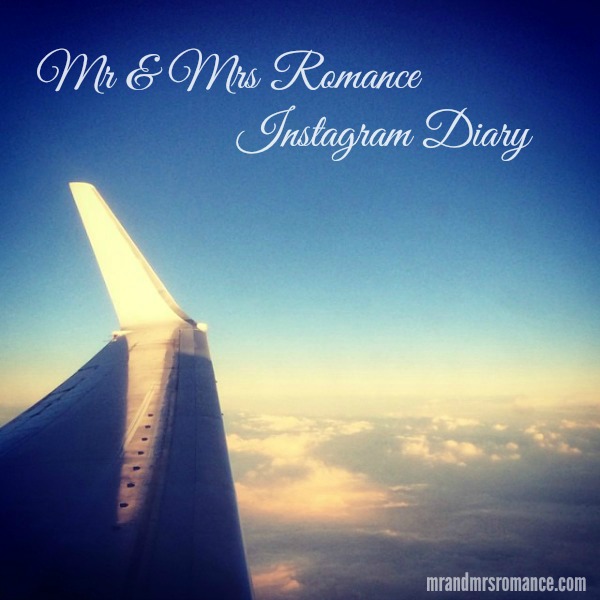 Not to mention the fact that we’ve got plans for visiting a whole load of restaurants this week. So if I was to turn up to a booking for two on my own… well that just wouldn’t make any sense, would it?! 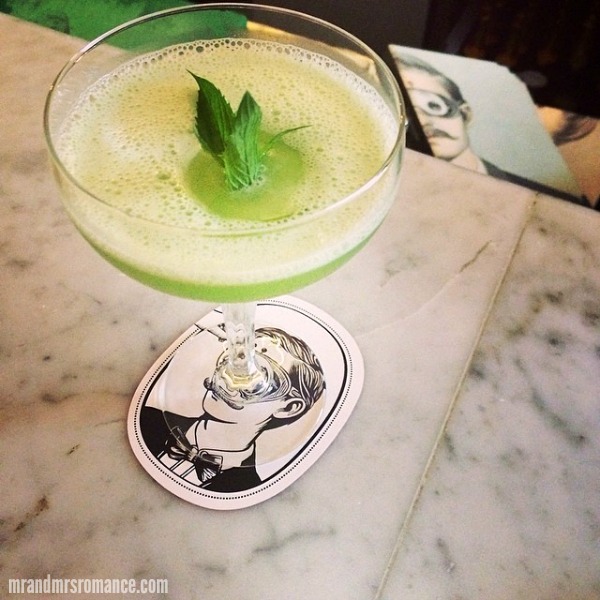 Tonight we’re on a progressive dinner at A Tavola. We head to the Bondi restaurant for entrees and a drink, but it’s just round the corner from our new favourite Mexican place Mr Moustache – also sadly closed now (2017).

We made sure we were early so we can have a quick drink with owners Regina and Bildo before moving on to A Tavola. We bump into Bob from The Jugernauts on the bus en route to Bondi, so the three of us enjoy a cocktail at the bar.

The cocktail menu at Mr Moustache is very inviting and it’s hard to pick just one. Mrs Romance chooses a Mary Jane, which has fresh cucumber infused into the mix of tequila, mezcal and habenero agave. 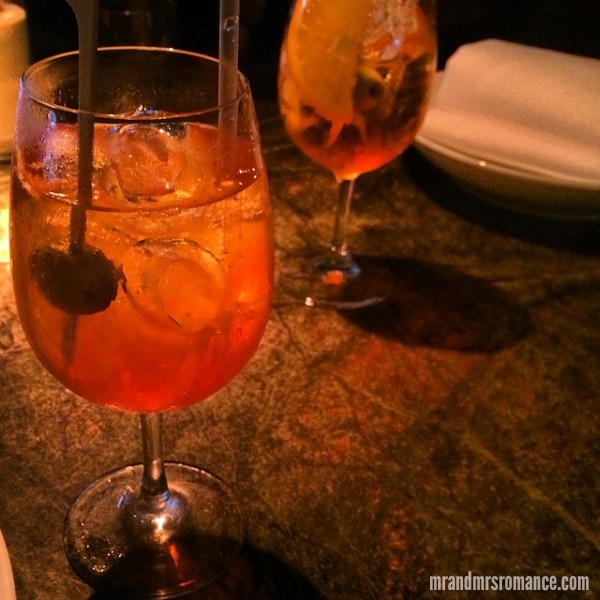 At A Tavola, we’re treated to a spritz Aperol – one of our favourite aperitivo cocktails – and a snack or two while we get to know our host. We’re due to head over to the Darlinghurst restaurant for mains and dessert, but it’s nice here in Bondi and well worth a visit. 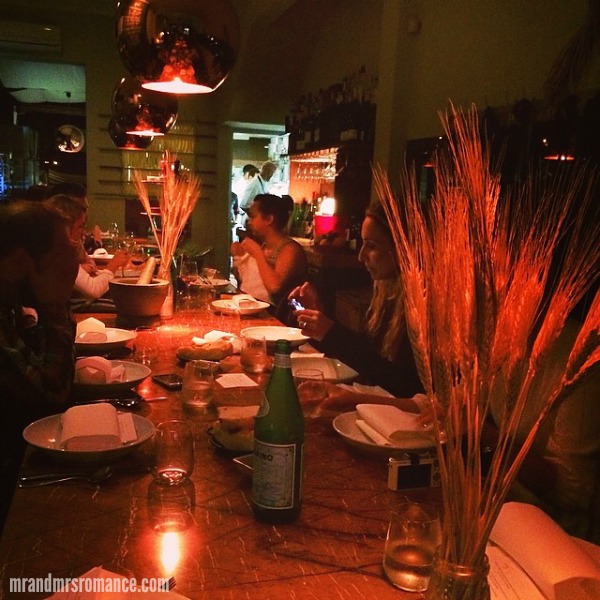 The Darlinghurst restaurant has its similarities to the Bondi one: it’s got the same friendly feel and there’s a big long marble style table running through the restaurant people can sit at – hence the name of the place. There are other tables available, but it’s nice – and very traditionally Italian to sit at the family table for dinner.

These same tables are used by the staff every day to make the pasta. They roll it out at one end and lay it the length of the table. My favourite dish of the night is the huge, thick papadelle with rich beef ragu. It’s excellent. 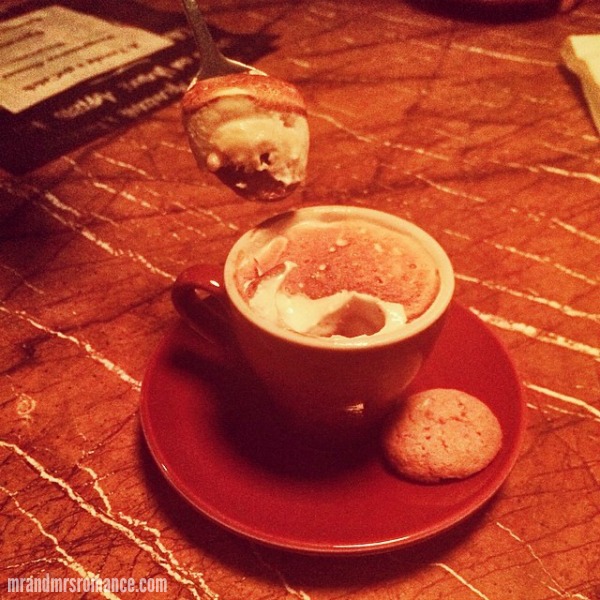 What is also excellent is the A Tavola signature dessert – the cremino. It’s got layers of creamy, nougaty, chocolaty brilliance. It comes in an espresso cup, which at first we thought would be a bit small. Afterwards though, we realise it’s just right. The dish is so rich any more than that would make you go wrong inside. 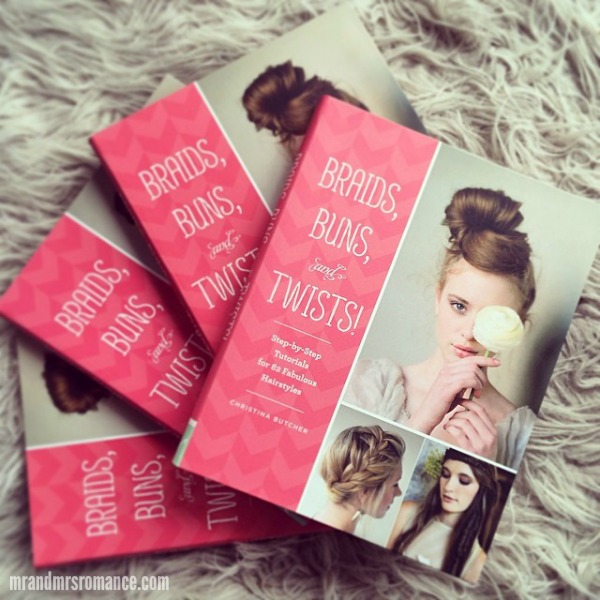 Mrs Romance’s author’s copies of her amazing book Braids, Buns and Twists have arrived. It’s taken ages for some reason, but she’s happy they’re here. The book’s available online – or from selected retailers if you’re in the USA.

The UK version is called The Hairstyle Directory. 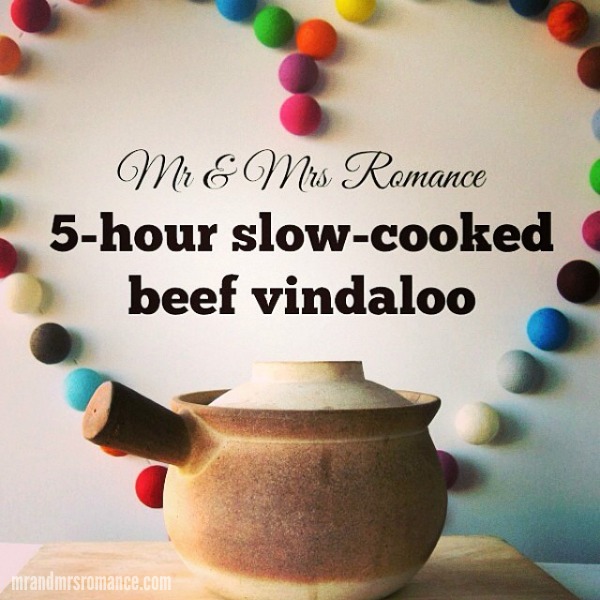 Last weekend you might remember I went on a mad curry cooking session. I thought I’d share my recipes with you, so here’s my 5-hour slow-cooked beef vindaloo recipe!

I love this earthenware oven pot. I’ve done so many dishes in it, not just curries by lamb shanks, beef cheeks… it’s awesome! 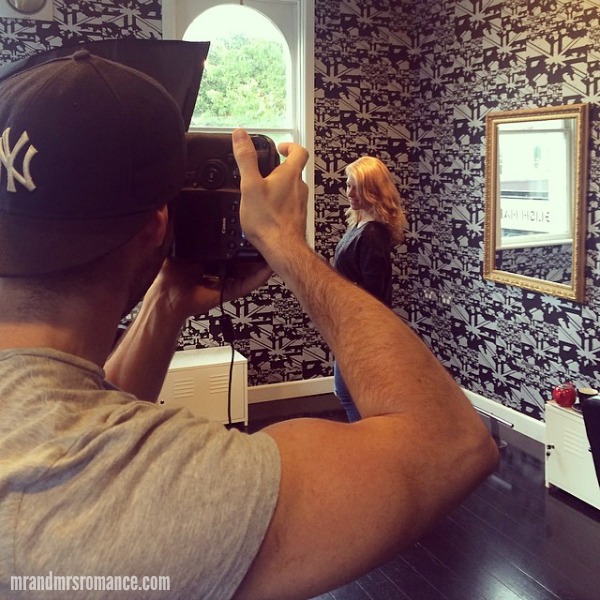 Mrs R is glamming it up (again) today. She’s taking part in a photoshoot that’s part of a piece for the awesome guys at Refoil. They’re to be in The Journal soon, so keep an eye open for another of Hair Romance‘s amazing braids! 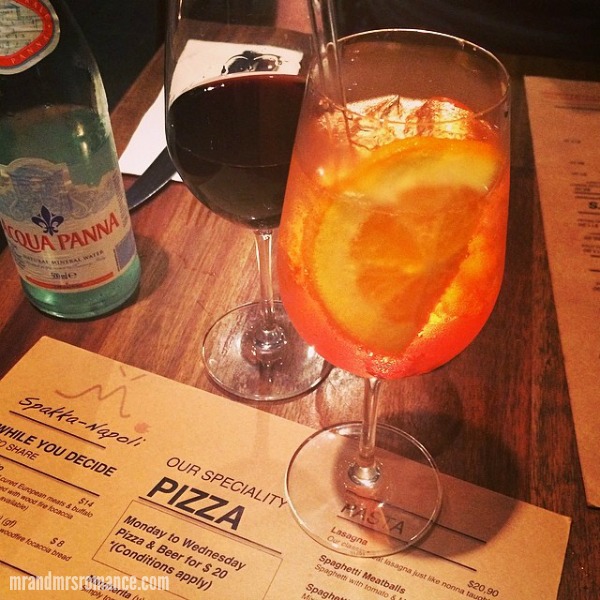 Tonight, we’re off to Spakka-Napoli – an amazing yet now sadly closed (2017) pizzeria. It’s about as traditional an Italian restaurant that you’ll find outside Naples. It’s named after Spaccanapoli – a road that literally splits Naples down the middle.

This restaurant does a lot of things, but it’s the pizzas here that are especially good. But, as should always be, we indulge with a spritz Aperol before getting stuck into the food. 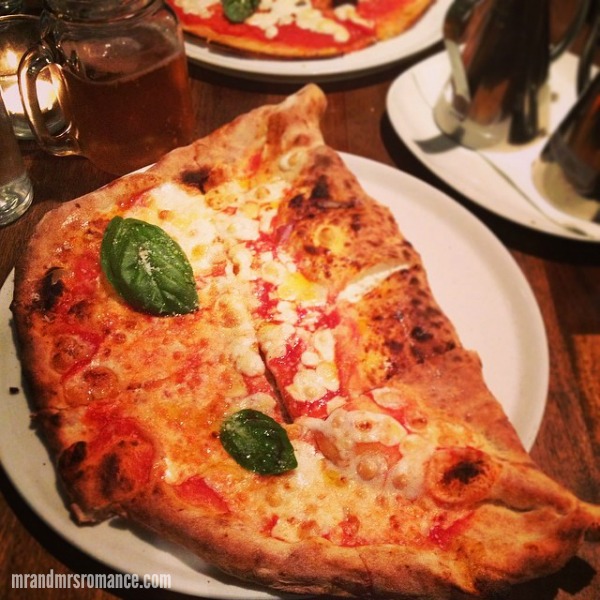 My pizza, when it comes, is unbelievable. This is a half-margarita half-ricotta calzone. The wood fired pizza oven and secret pizza dough recipe head chef and part owner Gigi uses is what gives this pizza the edge over all its Sydney competitors, and the warm welcome and perfect service from Danny – the other half of the ownership – makes this a great place to come for dinner.

Here’s our review of Spakka-Napoli if you want to see what you’ve missed out on. 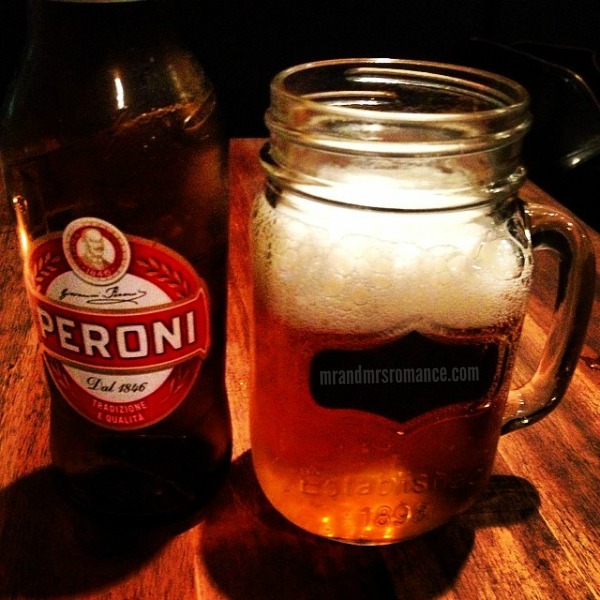 Of course, I have to have a beer with my pizza – it’s the only thing to do. I go for one of these red label imported Peroni. These have a lot more depth and body to them compared to the blue label stuff usually found in Australia.

Love the Mason jar glass too of course! 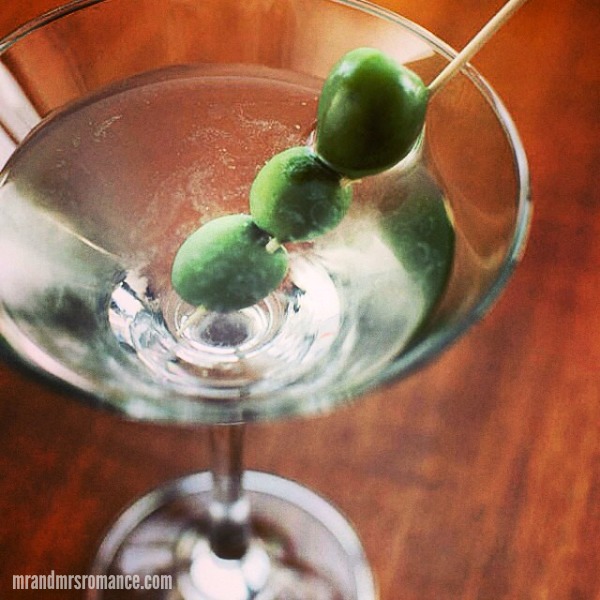 Happy Friday, everyone! This week’s Friday Drinks is all about gin made domestically in Australia. There are about a dozen craft, small-batch distilleries in Aus and we look at four of them – including a few words from the Gin Queen, Caroline Childerley. 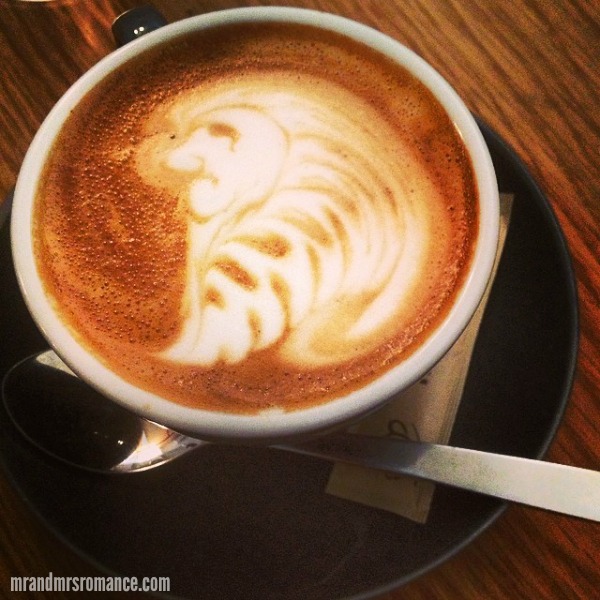 We’re very excited this morning. We’re going for breakfast at Three Williams in Redfern. We’ve heard a lot of good things about this place, and the coffee to begin with looks like we’re in for a good one! 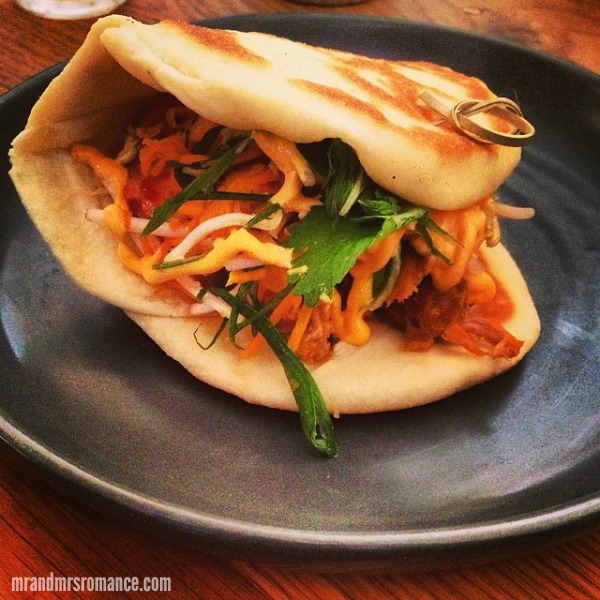 We try the narnies – house-made naan breads filled with a variety of goodies. This is the bibimbap narnie and is a mouthwatering mix of pulled pork, slaw, spicy mayo and kimchi. It’s good. Really good! 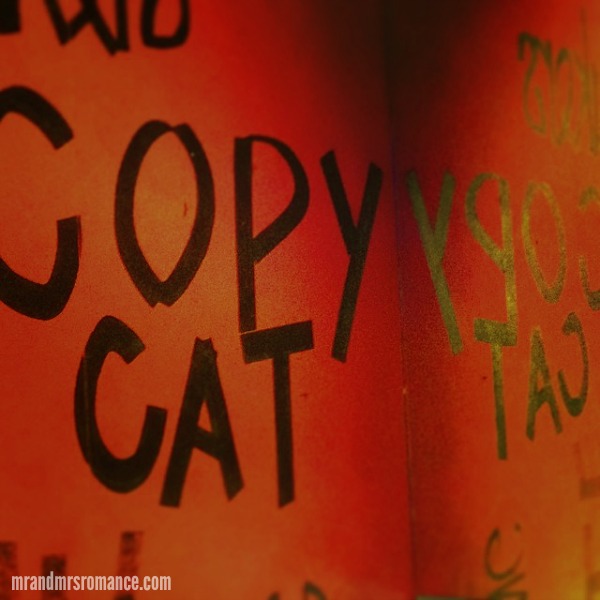 After our big brekkie, we decide a walk’s a good idea. We trek over to Alexandria to The Art Hunter – part of The Cool Hunter‘s awesome work. One of our friend’s Tania from The Writing has an installation here. It’s pretty cool! 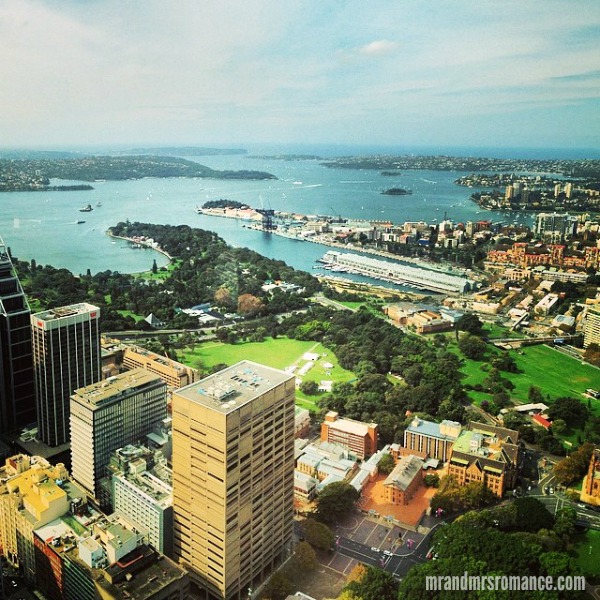 This afternoon Mrs R’s sister’s sons come to visit us. We take them all over the city and up the Centrepoint Tower – Sydney’s highest building. The views are great out over the CBD and the Harbour. We’ve been very lucky – the weather’s been awful recently! 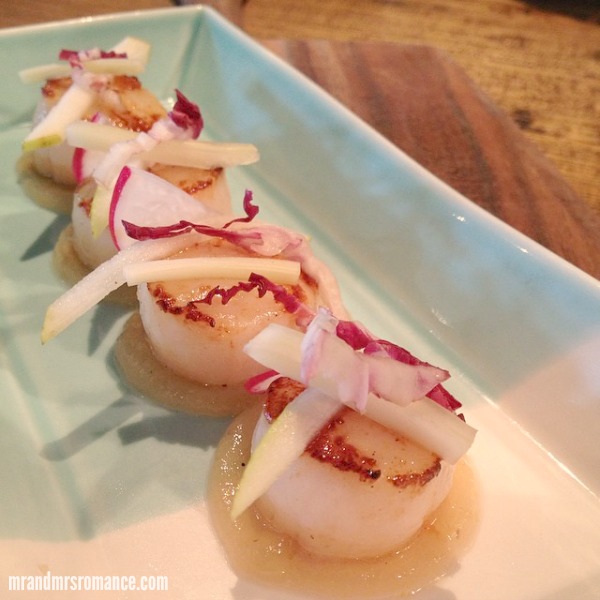 What better way to end the week and the weekend than with even more food?! This lunch time we’re off to The Cottage in Balmain. It certainly does feel like a little workman’s cottage when you walk in, with lots of tools and old cooking paraphernalia hanging from the walls.

The food, however, speaks a different story. These seared scallops topped with shredded cabbage and finely sliced radish are remarkable. So plump and juicy – and the apple sauce bed they’re sat in gels the whole dish together.

The rest of the meal – apart from disappearing very quickly – is just as good… but you’ll have to wait for our review to find out more about that! 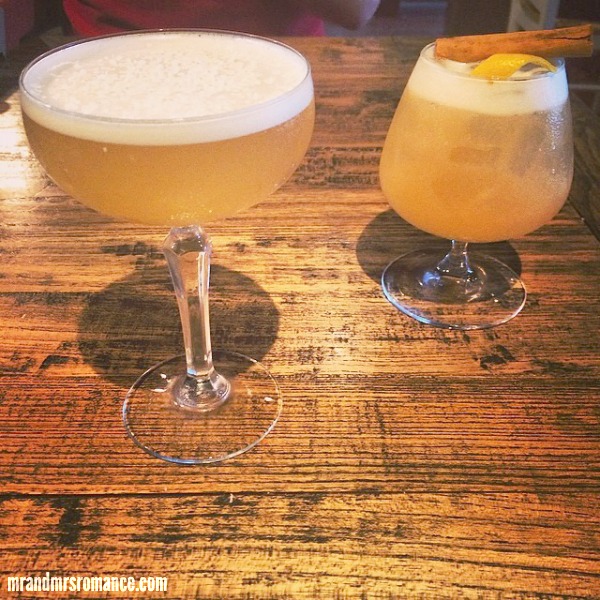 We end up eating so much, there’s no room for dessert. An amateur mistake really, especially when we look at the menu a bit closer.

We try and make amends by ordering a couple of cocktails instead. It works for me! Mine is the one on the right and is called a Speyside sour: a blend of 12 year-old Glenfidick scotch, ginger liqueur, lemon juice, honey water and orange bitters. It’s exactly what I’m after.

Mrs Romance’s cocktail – in an appropriately elegant glass – is a white chocolate and chai martini. It’s so smooth, it’s like drinking liquid velvet and is a mix of Reposado tequila, white creme de cacao, chai syrup, a touch of lemon juice and topped up with pineapple.

These drinks make the journey home (and Mrs R’s inexplicable need to go to Topshop on the way) slip by barely noticed.

See you later, Sunday. Catch you next week!

What was the highlight of your week? Did you try anywhere new to eat? Tell us all about it!

Knowing what to do in travel hub Kuala Lumpur has become more and more important for travellers. And with so much to offer, the…