It’s a great start to the week for us. 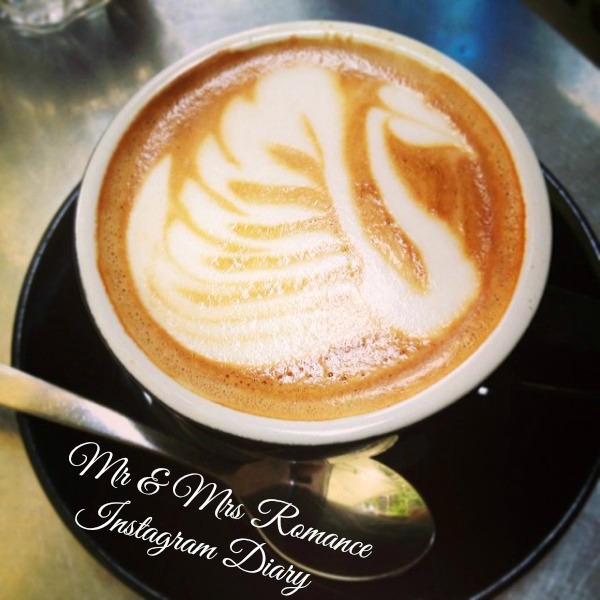 We catch up with a friend we haven’t seen for ages. She lives in Macao these days, living the casino life. It sounds glamorous, but she’s happy to be back in Australia for a while. We sit and have a coffee in the city, which seems to have a bird sitting in it! 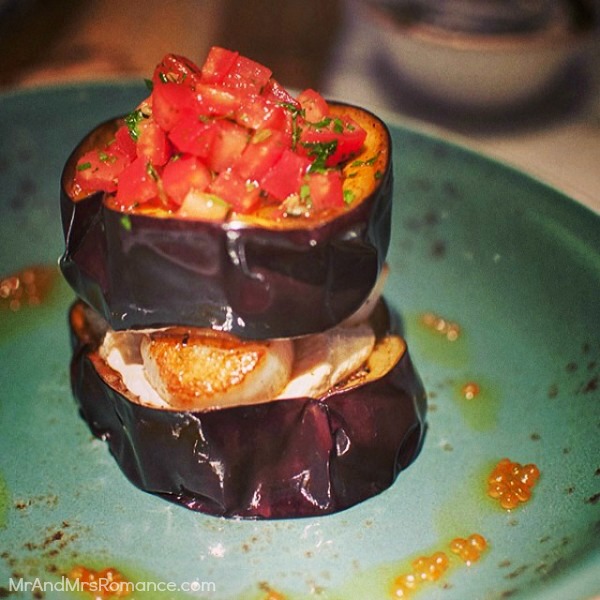 Still thinking about the amazing meal we had at Alpha Restaurant last week. My mouth’s still watering from thoughts of their signature moussaka dish… but that could also be because I’ve had to stare at this picture while writing up our review of this great Greek restaurant. 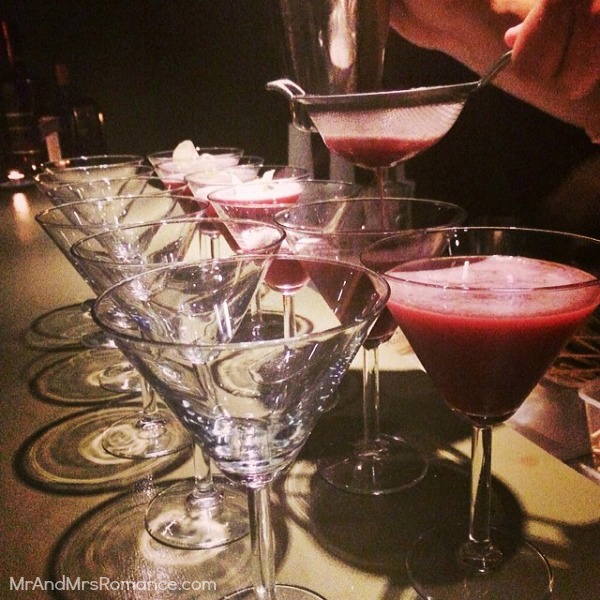 We head to the Rabbit Hole Bar on Elizabeth Street in Sydney tonight. It’s the bar’s first birthday, so they’re celebrating with some very cool cocktails and excellent finger food. It’s funny being back here: Mrs R and I had our first drink in this bar when we met.

The Rabbit Hole used to be be Bar Europa for anyone who’s been in Sydney a few years. The new owners have changed the look and feel of the place, but it’s still got a great vibe. It’s a cool little hidden bar well worth a visit. 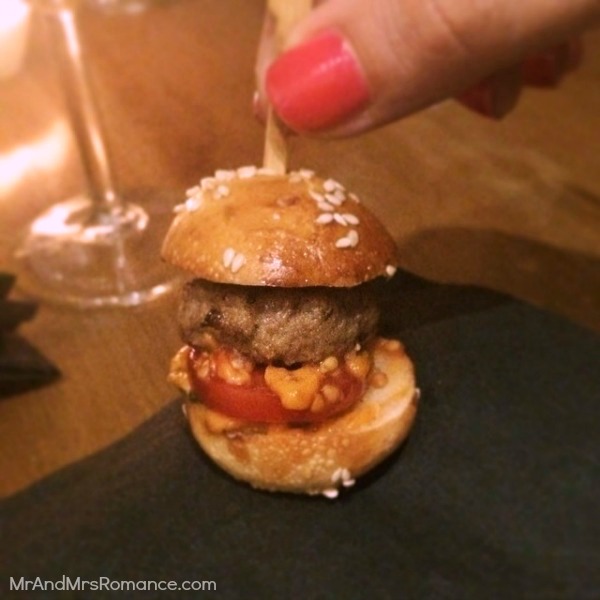 One of the best things the Rabbit Hole Bar has at its party is a tray of these little fellas. Micro sliders of the full-sized version. The real thing was awarded fifth best burger in the world recently! I’m so impressed. I’ll be heading back here to try a big one out soon I think! 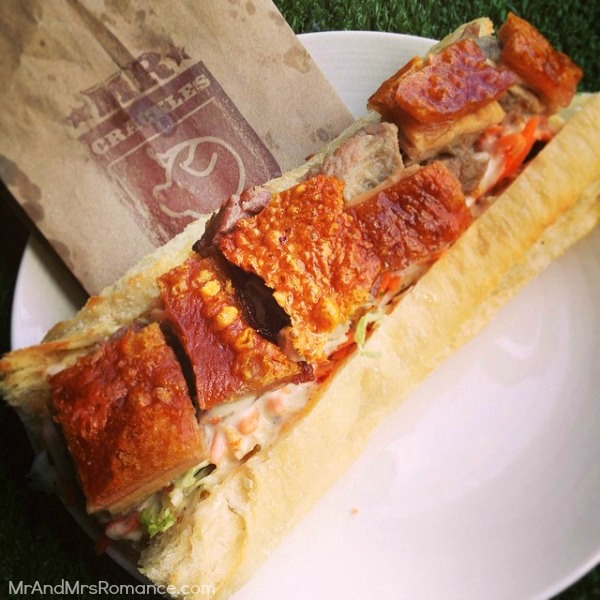 Lunchtime pork overload! I’ve seen these things on Instagram a lot recently and after a quick bit of searching, I’ve discovered they’re just up Oxford Street near Taylor Square.

Mr Crackles is a sandwich shop that should also be considered a shrine to delicious. This is the Crackles Classic – pork belly with lots of crackling with an apple slaw and Vietnamese salad all stuffed into a Vietnamese crusty baguette.

I also ask for the extra spicy chilli – but then I would, wouldn’t I? 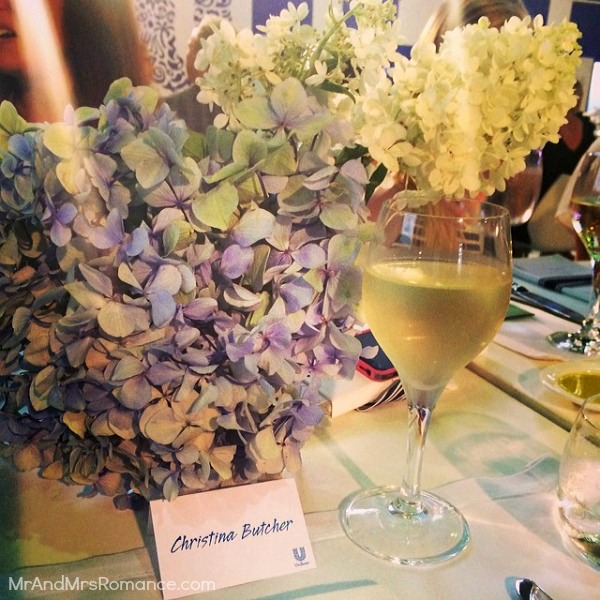 While I’m stuffing my face with a Crackles Classic, Mrs Romance is at an event at Sydney Uni. This is her table setting – not bad, ay? They’ve even spelled her name right! Lol! (She often gets ‘Christine’, which winds her up no end.) 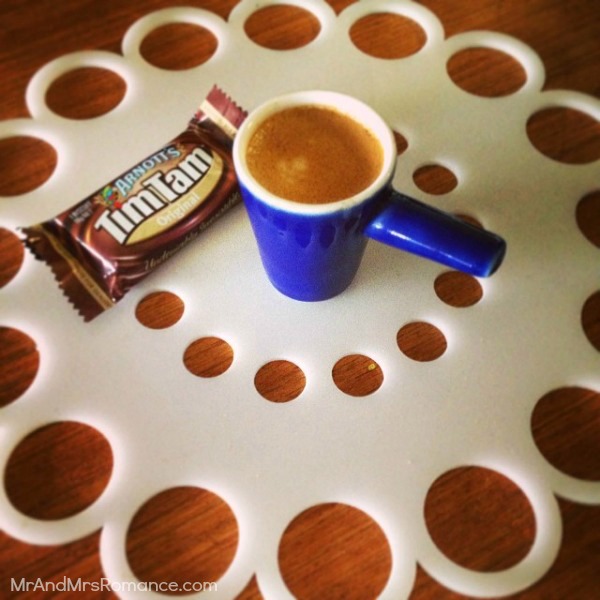 Mrs R brings me home a single-serve Tim Tam from the event. It’s perfect timing as I’ve just made myself an espresso to stop the pork coma taking me down after that Crackles Classic.

Mrs R is a wonderful wife and often brings me back little treats. It’s a lovely thing she does and very thoughtful… though my suspicious mind wonders if she might be fattening me up for a special Classic Crackles of her own! 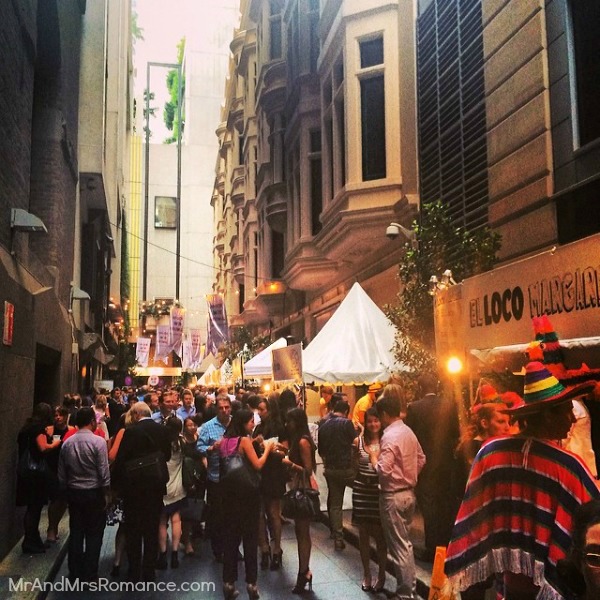 Tonight Mrs R heads into the city for the March into Merivale 2014 launch. March will see a range of cool food and wine events people can enjoy around the various and numerous Merivale venues in Sydney. 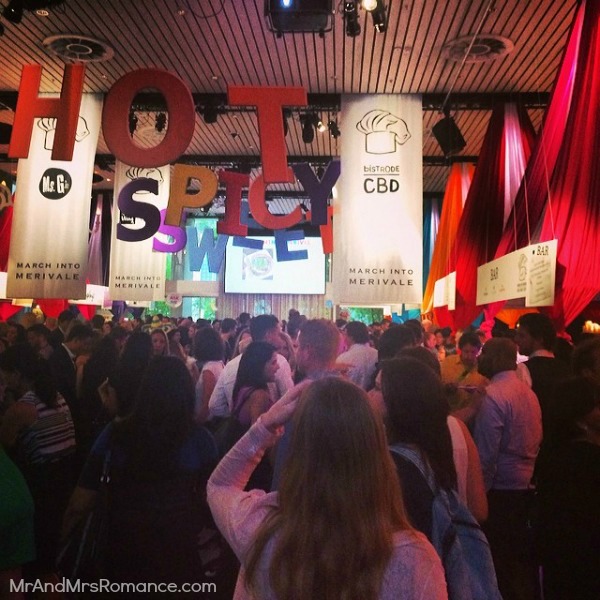 It’s a busy night for Merivale, but Mrs R enjoys herself and takes advantage of all the good stuff on offer. 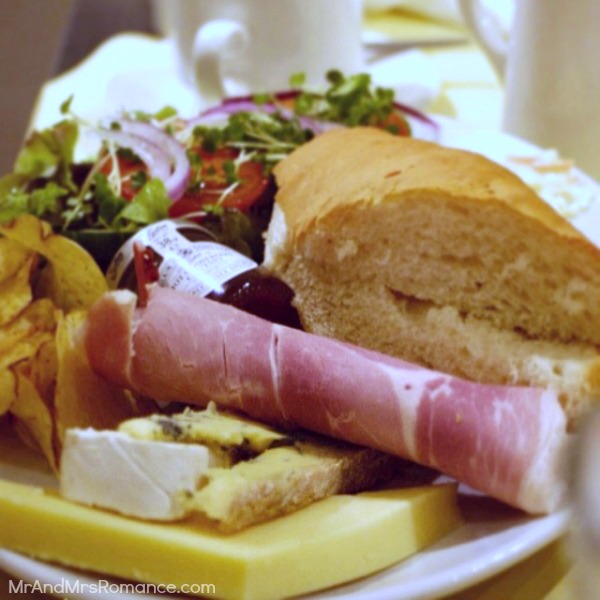 Today we take things down a notch and talk about a cute little tea room in the Essex countryside. When we were in the UK recently, I visited the Tiptree Tearooms and Jam Factory with my mum and dad.

Mrs R missed out on the opportunity of trying a proper English ploughman’s for lunch as she was at a London hair expo. I think when she saw this pic, she was a bit disappointed – I know I would have been! 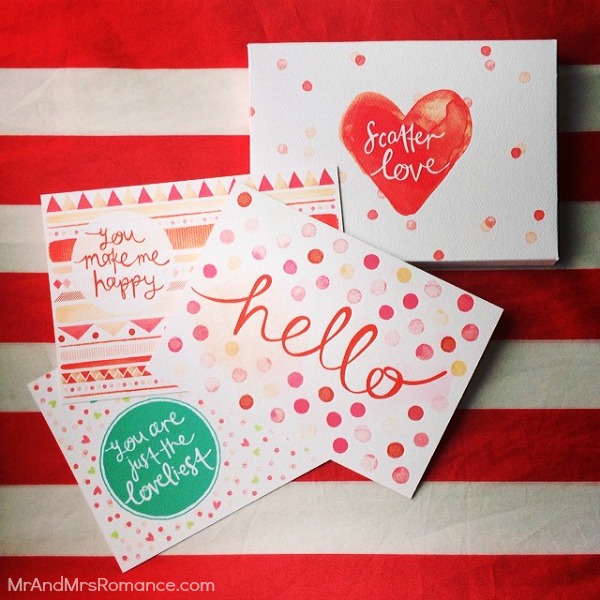 Mrs R is very happy today. Her stationery order has arrived. This little bundle of cuteness is from Emma Kate Creative, who has collaborated with the remarkable Chantelle from Fat Mum Slim to create this lovely range of Scattered Love postcards. 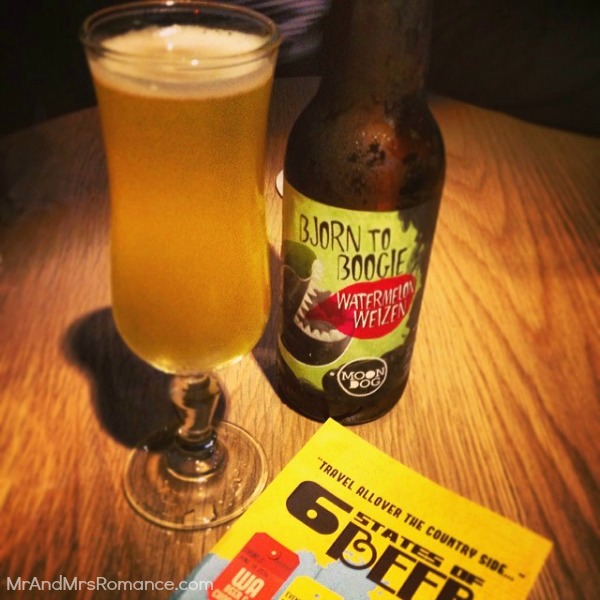 To offset the cuteness and lady-world of the (lovely) postcards Mrs R has purchased, we head to the Oaks for the first in a series of beer festivals in Sydney.

The 6 States of Beer is a celebration of domestic craft beer from each of the six Australian states. Events are held at the Oaks in Neutral Bay and are $60 each (or $250 for a six-event ‘passport’). They’re hosted by the Beer Diva herself – Kirrily Waldhorn, and are as follows:

Tickets are available at SixStatesofBeer.EventBrite.com.au. 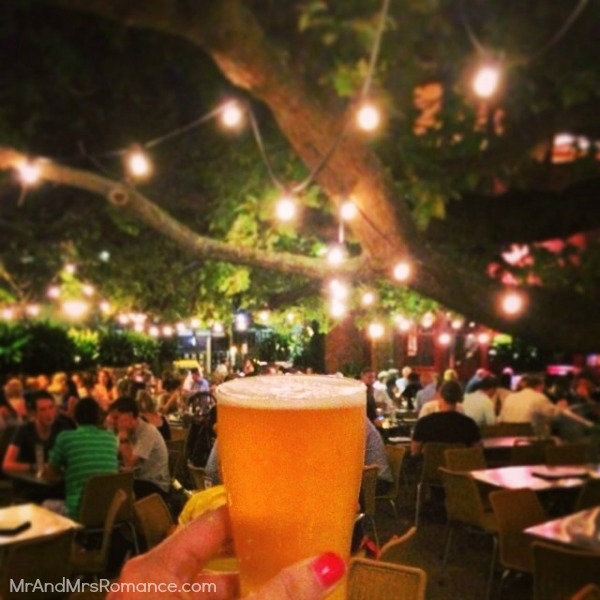 The Oaks – a lovely setting for some great beer tasting!

The pub is not named after the tree in the middle of the courtyard, by the way. It’s actually named after the brewery that used to be across the road when the pub was built in 1885. The oak tree that stands there now was planted in 1938. 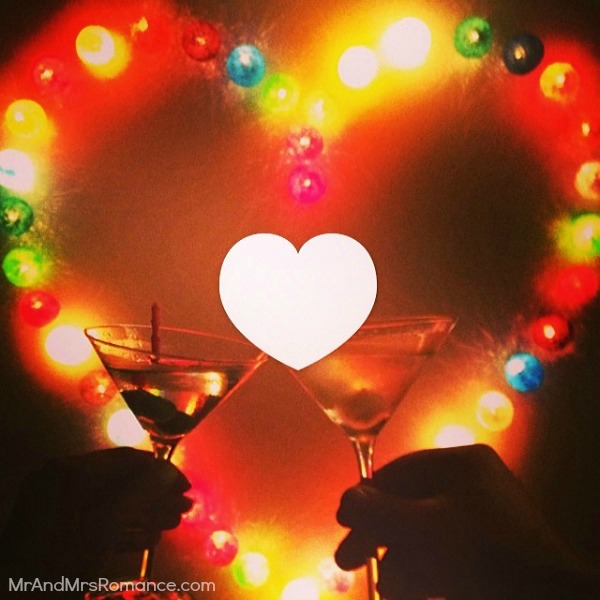 And here it is: Valentine’s Day. Some people love it, some people hate it. However you feel about it, the 14th Feb is a good excuse to love it up a bit and be nice to your partner. If there’s no one around that you think deserves that kind of attention, send a card to your mum – or even just text her! She’ll love that. 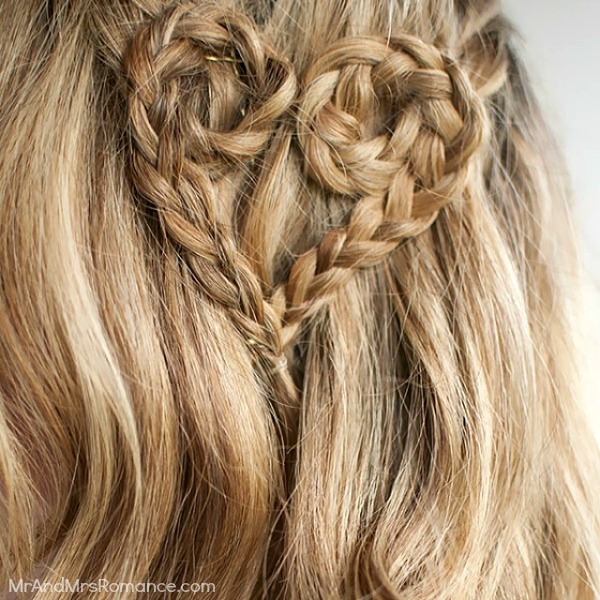 Mrs R embraces Valentine’s Day – or at least her hair does – with this very cool heart braid. It truly is a Hair Romance! 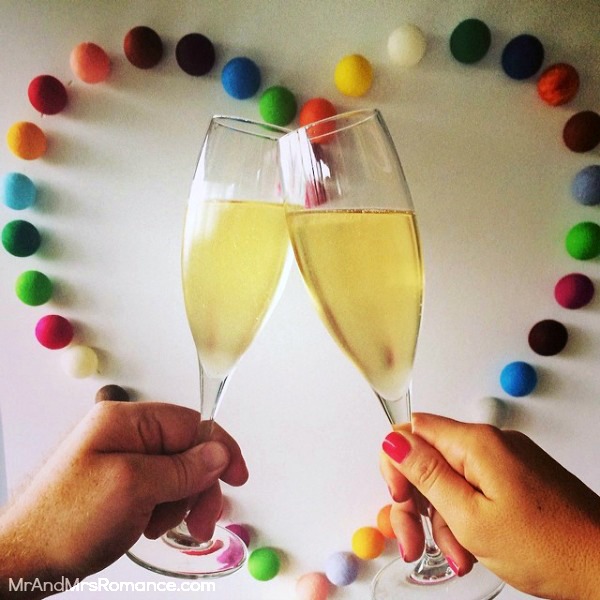 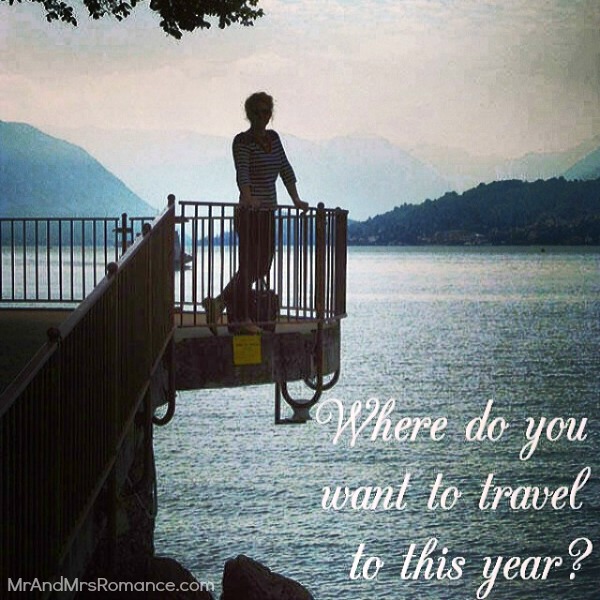 This week’s He Said, She Said is a tricky one. We challenged each other to write a list top ten places we want to travel to as soon as possible. It’s not hard to write such list but then to narrow it down to just ten – that’s when things become more difficult.

Once again though we’re surprised with each other’s lists – there are uncanny similarities in both of them even though we don’t read what the other person’s written until after we’ve hit ‘publish’.

Here’s the link to He Said, She Said – where do you want to travel this year?

If you have a topic you’d like us see discuss in a He Said, She Said story, tell us and we’ll have a crack at it.

Have a great week, everyone!

We get a real rush from finding these new, upcoming or little-known morsels. It’s a bit like putting your hand in a jacket pocket…