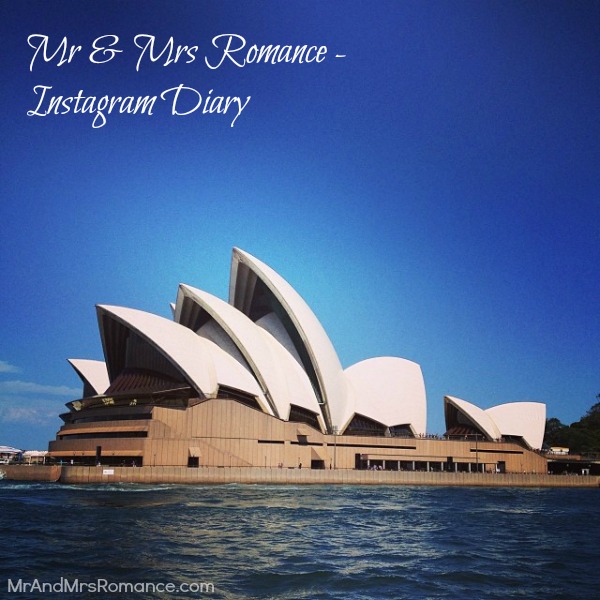 Sydney’s been in a strange old mood recently. It hasn’t been the build up to summer we’re used to here. Low temperatures one day, hot the next, raining the next, hail and thunder storms the next… will summer ever get here? That’s what I want to know.

Anyway, as a quick addendum to last week, I decided to include this pic of Manly Wine‘s very nice little bird cage booth. I forgot to add it last week, so here it is. If you get a chance, make your way to Manly Wine. You won’t be disappointed! 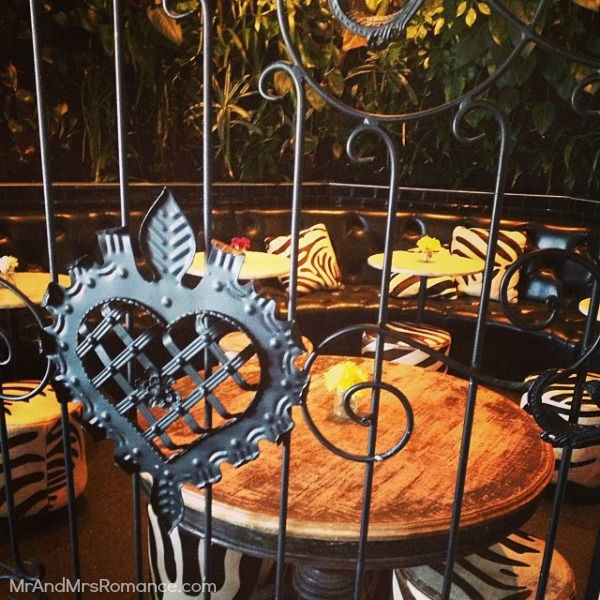 Today is a classic example of what I was saying about the weather. I meet up with Mrs Romance after work in Ash Street Cellar. She’s having a coffee with the lovely Jen from TheInteriorsAddict.com, who I haven’t had the pleasure of meeting before, and our awesome friend Jane.

I get there and it’s raining pretty hard. Next thing we know, the sky clears and brightens up, it’s as if the day’s gone back in time about three hours and the sun comes out. I get the feeling Sydneysiders will be starting a new fashion trend of shorts, brollies and gumboots soon! 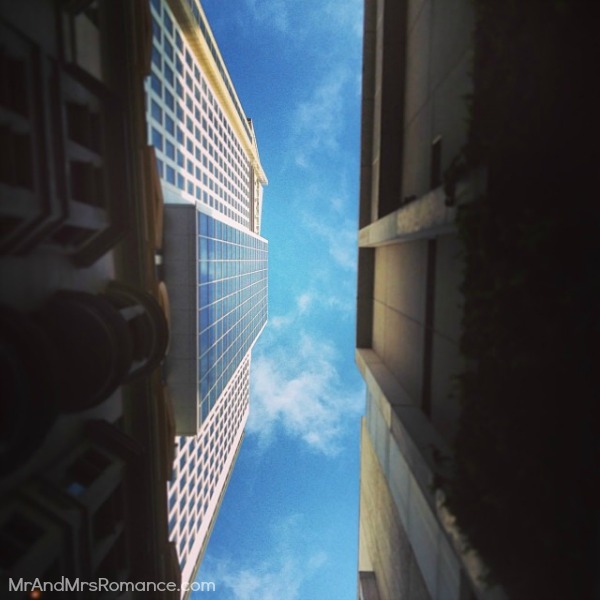 I start making wish lists for Christmas. It turns into a piece we decide to publish, so hopefully Mrs R will read everything very carefully and Santa will be in a most generous mood this year! High on the list is this Star Wars inspired Death Star ice cube maker, perfect for Old Fashioneds. How cool is it?!

Our post is called Insider Secrets to Your Man’s Christmas Wishlist. 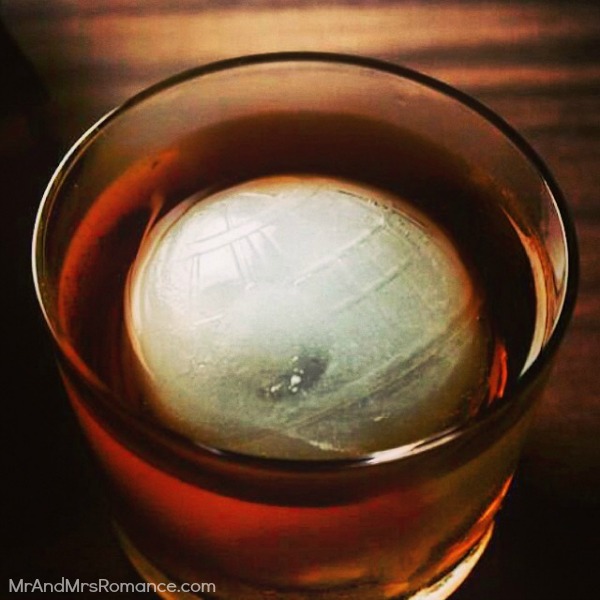 We decide to head to Young for the night to see a friend. It’s only a three-hour drive… or should be. The problem is I think Mrs Romance knows where she’s going and she’s under the impression I’m paying attention.

Both wrong. We end up driving along a track through a field full of very inquisitive cows. 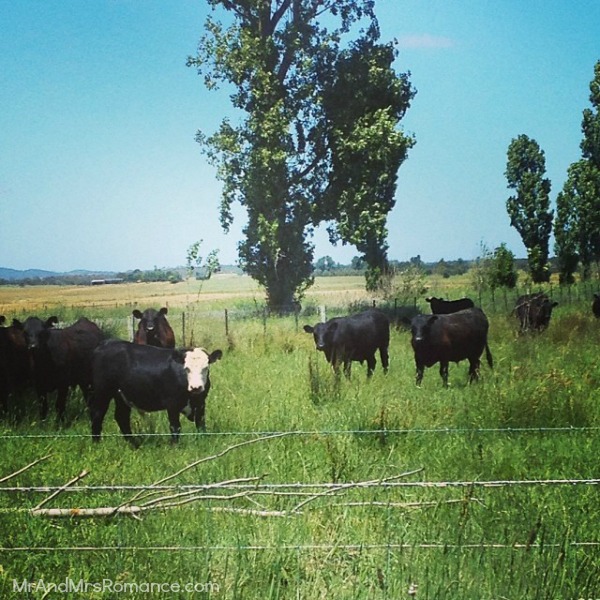 As you can see, Mrs Romance is having trouble comprehending how truly awful my sense of direction is. Just as well I can reverse parallel park like a genius or I’d never hear the end of it! 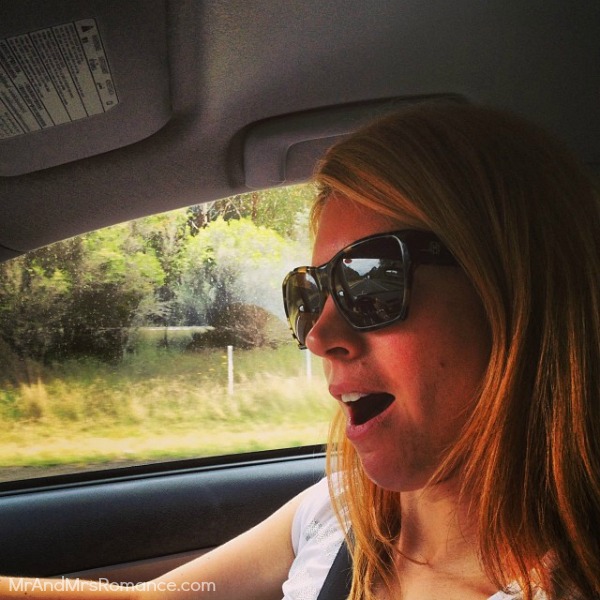 After an excellent night in Young thanks to our lovely friend’s fine hospitality, we make tracks. We don’t get lost this time after learning role reversals don’t always work. I feel the need to pull over for Mrs R to snap a pic of this roadside cart. Can’t get much more Ozzie than this sign.

Fair dinkum – for anyone who doesn’t know – is Australian (also known as ‘Strine’) for ‘honest’ or ‘straight up’. 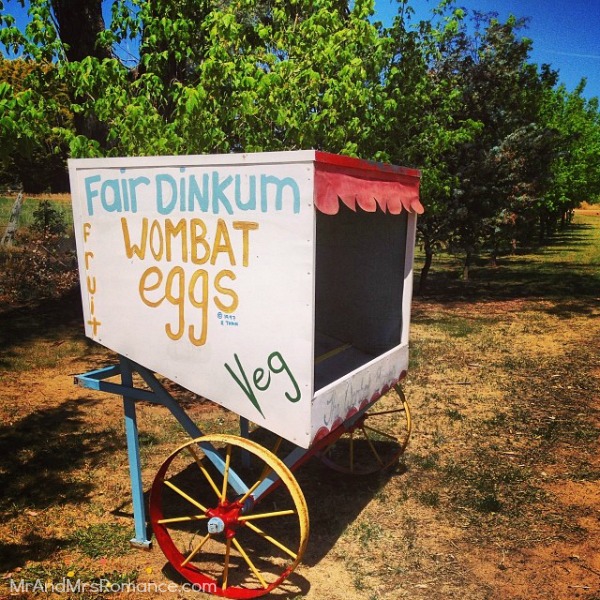 Young is famous – not only for its sense of humour – but also for its stoned fruit. The Young cherry festival in December is apparently a very big deal. We can’t resist and buy a five-kilo box of cherries for $40! At $8 a kilo – and with not a single bad one in the lot – we’re well happy with that. 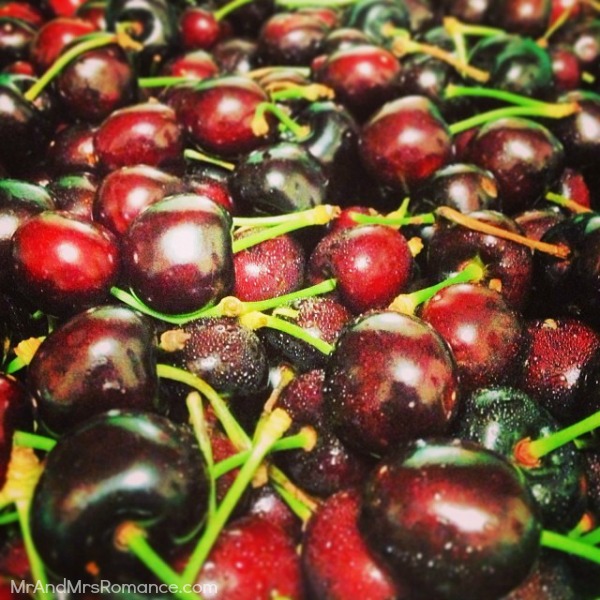 I don’t know how it happened, but I find myself back in the Royal Albert Hotel in Surry Hills again. Could be that I walked here, but I’m going to blame it on mystical forces or maybe a transmogrifier like in The Fly. Either way, my friend Anton and I hook into a Royale with Cheese that the Royal’s publican Michael Bain insisted insisted we try.

We fall into a burger coma and sit for a while – dazed – as the realisation settles on us that we’ve just devoured perhaps two of the best burgers ever made. Mr Bain: we salute you, sir!

I apologise for the poor quality of these photos, by the way. I’m in a bit of a hurry and the lighting isn’t ideal for iPhone/Instagram pics. 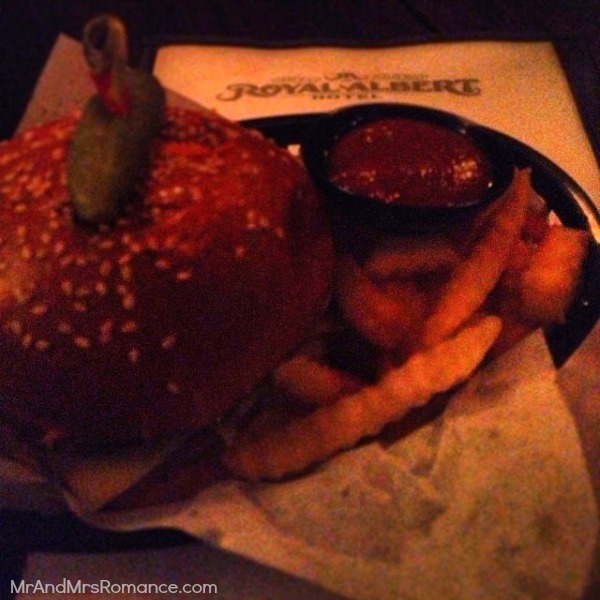 Anton and I work our way steadily through the best of a great selection in this week’s Tap Takeover in the Royal Albert. This week the Melbourne-based three man team of the Cavalier Brewing Company put beer in all the taps at the Royal Albert.

We launch straight into the Imperial Stout, which is chocolaty, thick and beautiful. It’s like drinking a beer-flavoured thick shake! 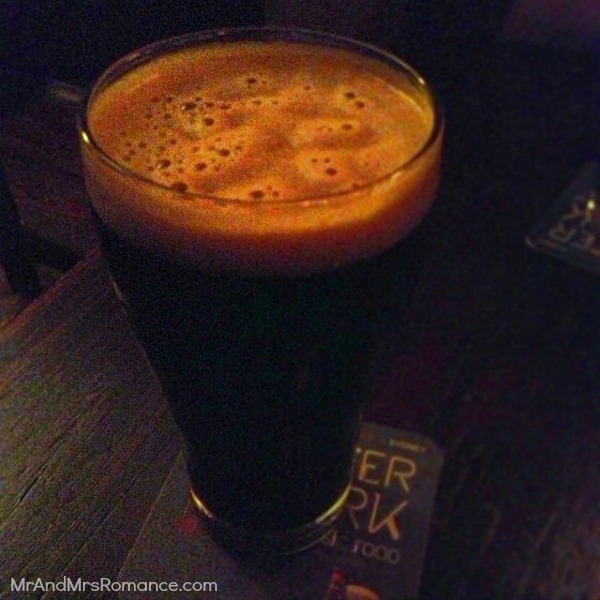 With Mrs Romance in Melbourne for an awards evening and me left to my own devices, I try not to just vegetate on the sofa. I do go out, but only for a quick coffee with some mates. Just enough time to snap I think what should be considered my first vignette… just don’t tell my dad. He wouldn’t understand! 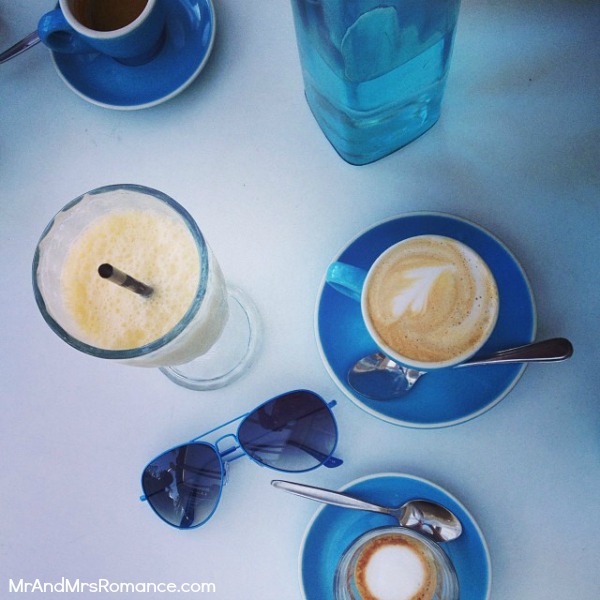 After my coffee I lope back inside in case it rains. Again. It doesn’t but I’ve made up my mind. I’m that stubborn. Just ask Mrs R!

Speaking of whom, my lovely lady is soaking up the sun in Melbourne. How nice does Flinders Street Station look today? 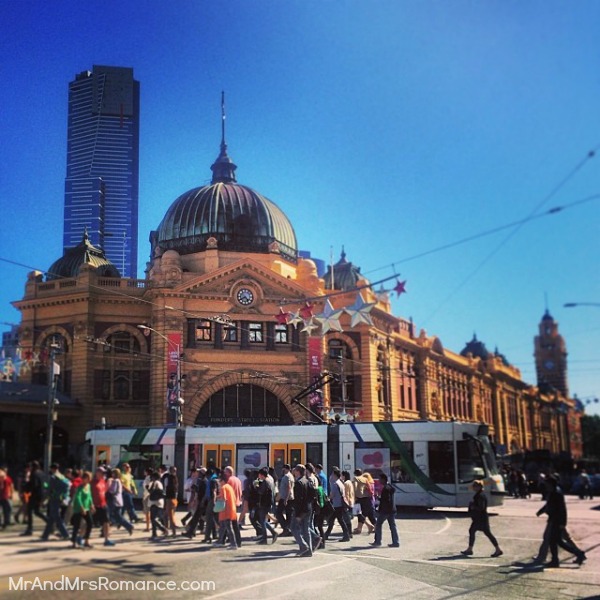 And Melbourne’s Christmas decorations look very nice against the blue sky too. 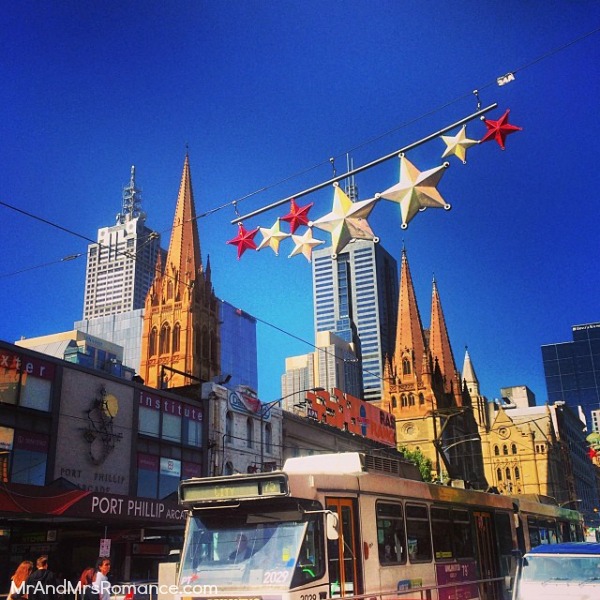 I know it’s supposed to be lucky if it rains on your wedding day (our wedding must be especially blessed then – it was like the apocalypse on ours) but a perfect sunny day for suits and massive dresses sounds much luckier to me.

Mrs Romance spots another bride getting her shots done (not in the inoculation sense, of course)  in a Melbourne back street. Very nice. 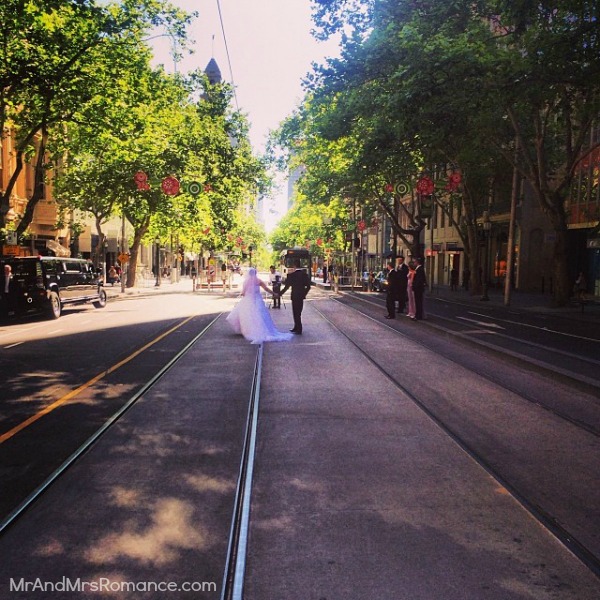 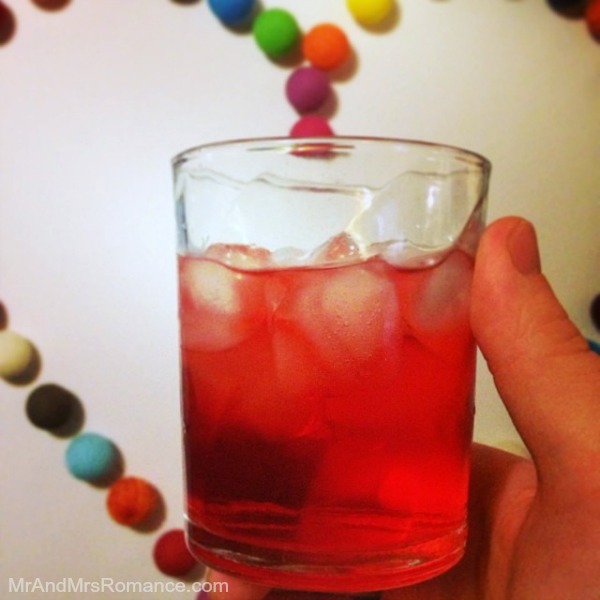 Meanwhile, as evening falls in Melbourne, Mrs Romance, Fox in Flats and Smaggle head out into the Second City for a night of fun and frolicking. 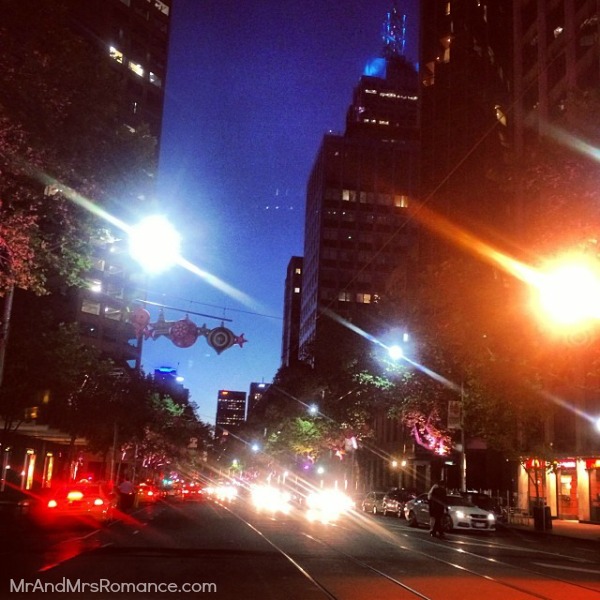 The ladies head to Mamasita – a modern Mexican restaurant on Collins St – and hook into plates of tostaditas and tacos that are – by all accounts – awesome.

There must be something in the air. I’ve cooked up a chilli with fives types of heat (including a whole habañero and a birdseye chilli pepper). It doesn’t look that great so no photo. Needless to say, it’s spicy! 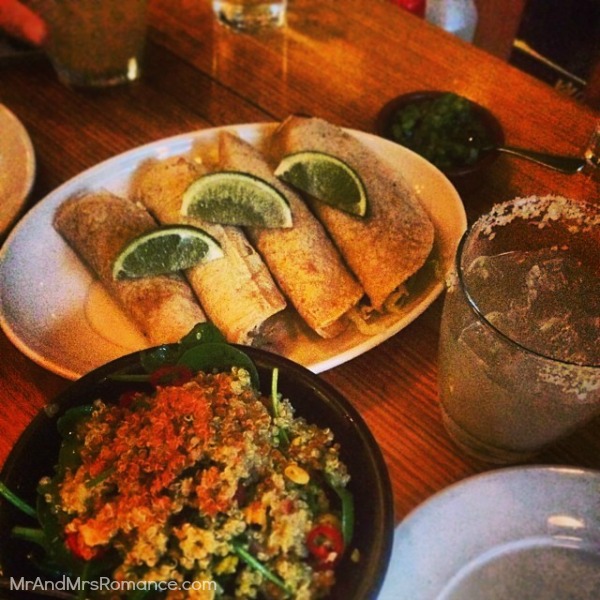 Of course, Mrs R and co get stuck into the margaritas. It’s as it should be. But the sight of these cocktails spurs me on to create something to match. 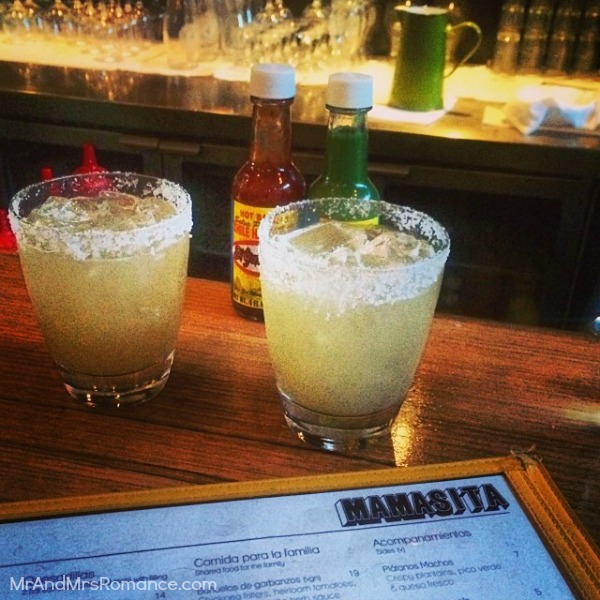 I use the power of Crystal Head vodka and chilli schnapps to create Hot Lips. Think we’ll be featuring this one on Mr& Mrs soon enough. It’s really pretty good! 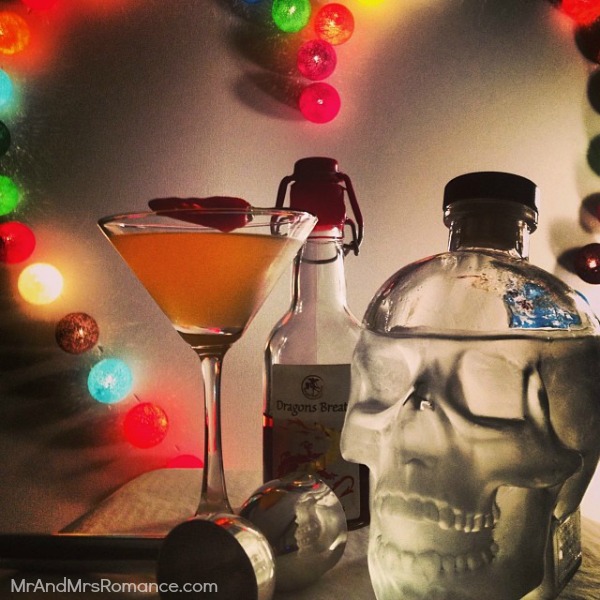 This morning, Mrs Romance is up and out around Melbourne ready to fly back to Sydney. Well, when I say ready, somehow she and Fox in Flats manage to get to the airport in time, but that’s about it. 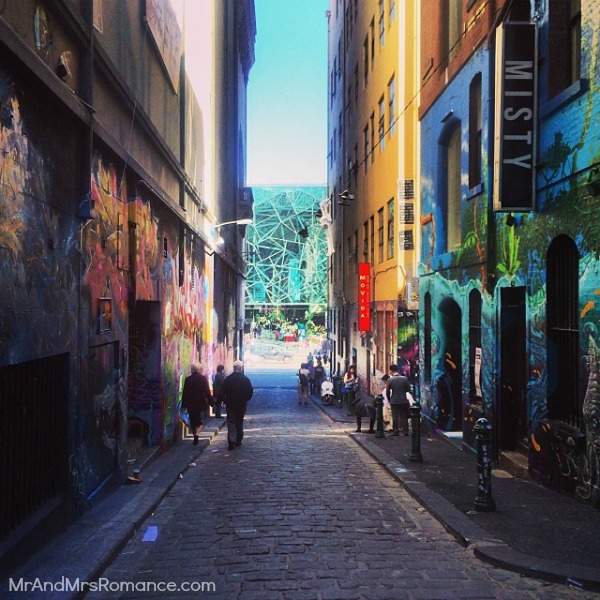 This doesn’t look like the Sydney I woke up to this morning. The clouds have cleared and it’s a beautiful clear day now. 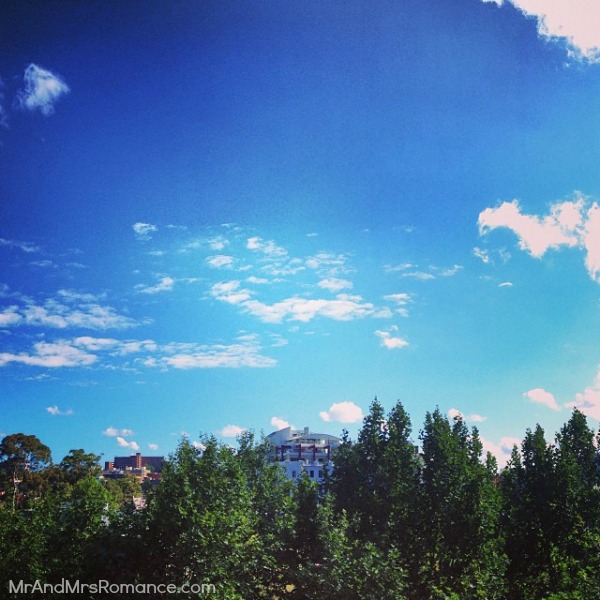 What did you get up to on Sunday? Anything fun? Tell us all about it in the comments below!