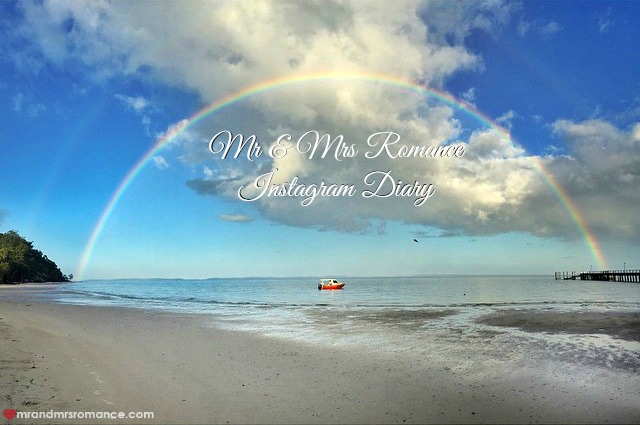 Poor Mrs Romance is still struggling along with her broken toe. She’s got such a busy month ahead. In the next three weeks, she’s got trips to two different states in Australia and an international flight a bit later on. She’s got braiding bars, blogging classes and speaking duties at conferences coming out of her ears.

As for me, I’m very busy too – filling up my time with unquantifiable procrastination and staring blankly into space. I’m exhausted already! 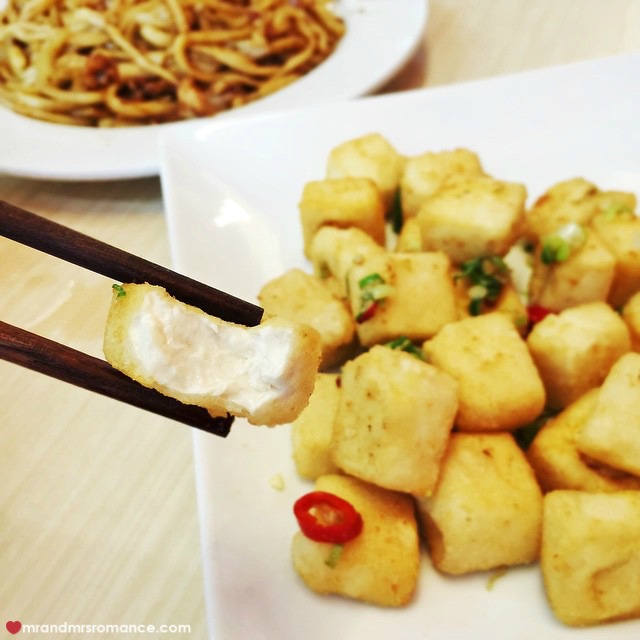 We’re out for lunch with Lien from UltimateBrows.com. She always takes us to great places for a feed. This time we’re in Kingsford on the Anzac Parade. It’s a little place called Chinese Dumplings and Noodle House and is well worth a visit.

Now don’t expect silver service – or even a hello when you walk in – but aside from the ‘low key’ service, the food is not only affordable but mouthwatering. Their crispy deep fried tofu is excellent. We also tuck into some of their combination pan fried dumplings and one of their handmade noodle dishes. 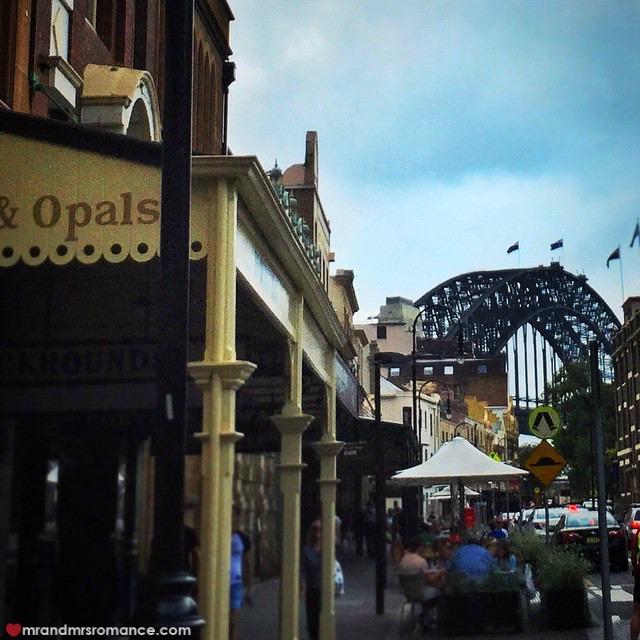 I’m out in the oldest part of Sydney tonight. The Rocks is an interesting part of time, full of convict and pioneer history… and pubs!

But it’s to the Russell Hotel that I’m heading for. It’s been standing here since around 1780 and was first used as an infirmary for newly arrived convicts. It’s also one of the most haunted places in the country.

And it’s this place’s ghostly history that brings me here… or more precisely, it’s brought some very rare whisky here that I’m looking forward to trying.

William Grant has produced two ‘ghosted’ blend from two distilleries in Scotland that no longer exist. It’s making me thirsty just writing it down! 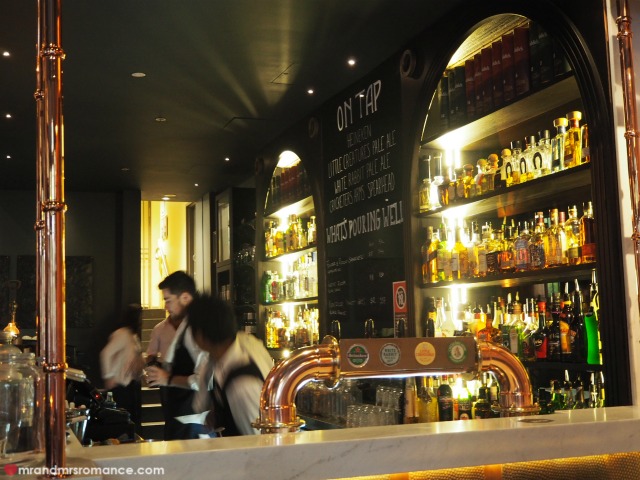 The Bar downstairs at the Russell – The Push – is very cool. They’ve been open a year or two now but if feels like this place has been going for much longer. 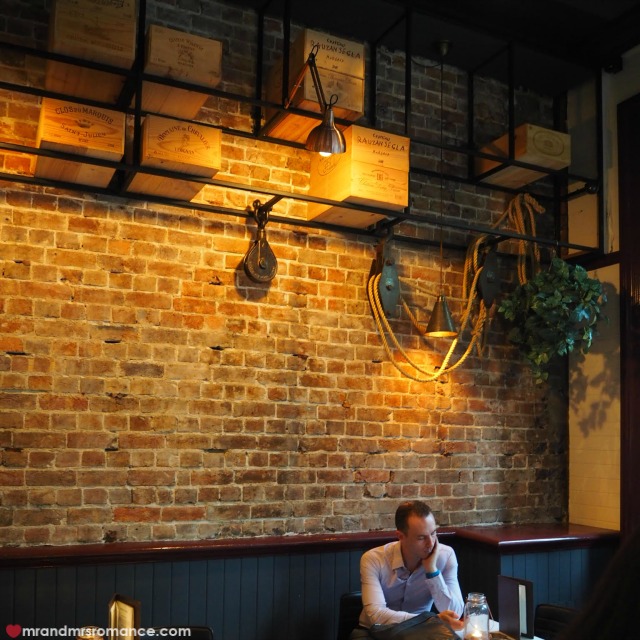 All the brass fixtures, exposed brick and nautical paraphernalia give the bar a lovely feel. It fits so well with what The Rocks represents in Sydney’s and Australia’s history. 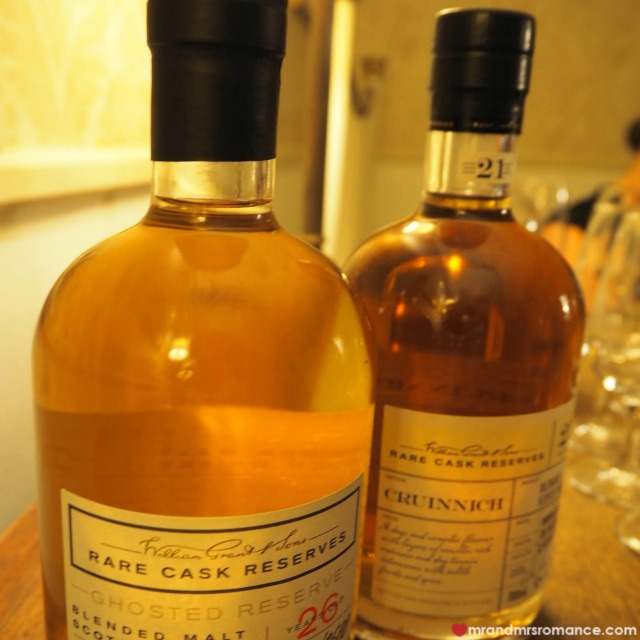 Upstairs in Room 8 – the most haunted part of the hotel – we’re trying these two beautiful blended whiskies.

Room 8 is notorious for the spirit of a sailor that resides at the foot of the bed. The wardrobe is known to rattle and shake in the dead of night, and doors slam without anyone or anything doing it.

But the only spirits I’m interested in at this point are the ones in these bottles. Saved from extinct Scottish distilleries, William Grant have recreated, reblended and rebranded them to represent what has been preserved so beautifully. Of course, these wonderful drinks come at a price.

The darker whisky – the one at the back – has been matured in sherry barrels and has a beautiful sweet flavour. From May this year, The Cruinnich will be available at Dan Murphy’s for $180 each. There are only 4900 bottles available.

The lighter one at the front is even more special. Matured for 26 years, the Ghosted Reserve is oaky and smooth, and very drinkable indeed.

There are only 300 bottles of this stuff in the country and it’s in shops as we speak, so if you’re after this very special whisky, get a move on. It is a price though – it retails at $650 a bottle! 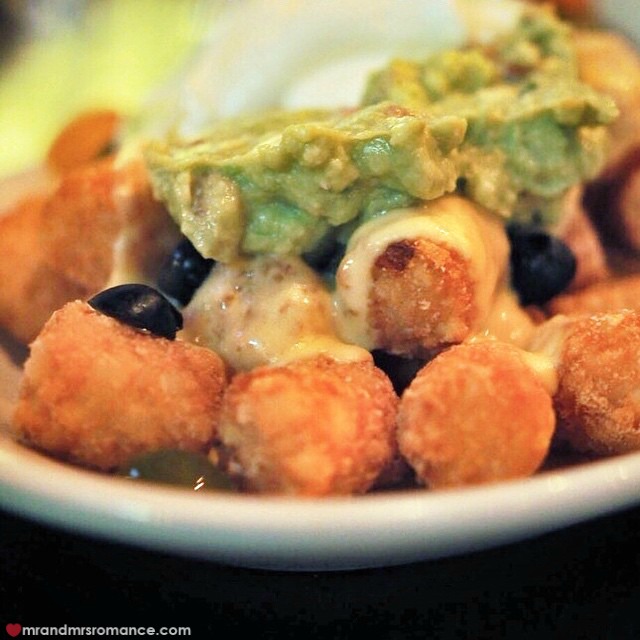 We’re drooling over our memories of the States today. In San Francisco, we discovered this masterpiece. It’s called ‘totchos’ and appears to be the missing link of pub food, bridging the gap between chips and natchos.

Check out what we’ve got to say about totchos – nachos made from – wait for it – tater tots!

Our mate Steph from LipstickAndCake.com has also done a recipe for them that takes the totchos concept to a different level! 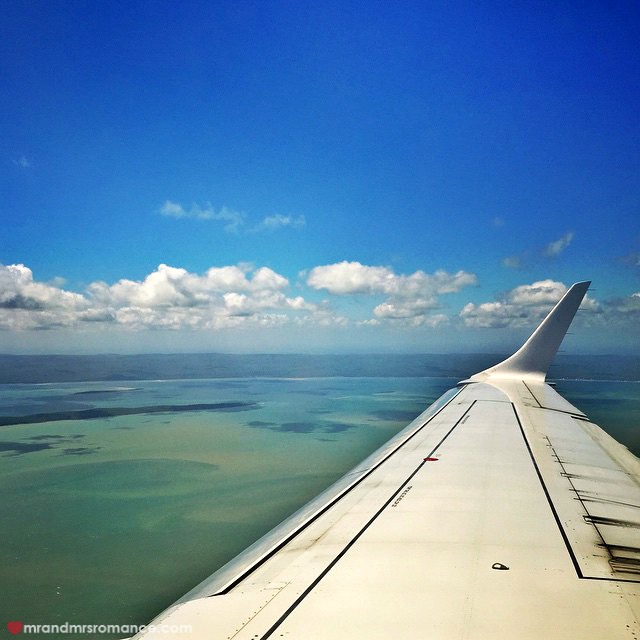 Mrs Romance is off to Queensland today. To Fraser Island in fact.

We’ve talked about Fraser Island a few times before here, but this time, she’s going there to learn how to four-wheel-drive and how to ride a jet ski! Yes, I’m extraordinarily jealous, thanks for asking. 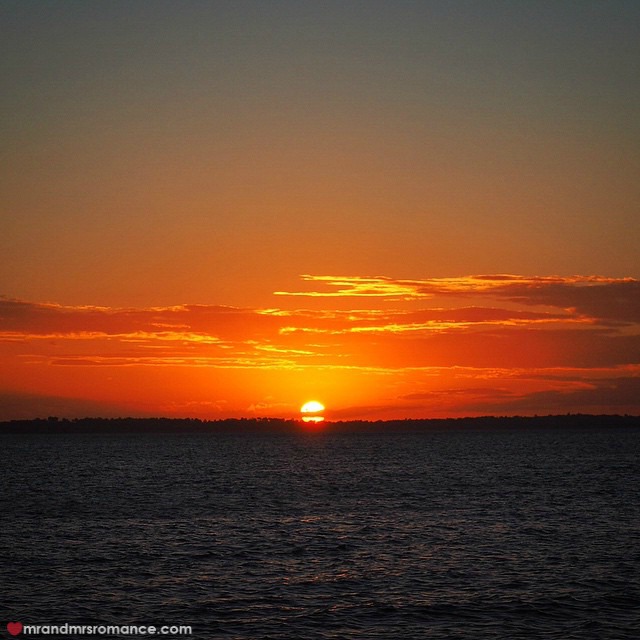 Mrs R’s not on Fraser long before the beauty of the island reveals itself. How about this sunset? Amazing, isn’t it?

Fraser Island is an incredible place. It’s the world’s largest sand island and has some fascinating, unique features. Its interior’s covered in freshwater lakes, one of the main roads is the beach, there’s an old shipwreck you can walk around – there’s even a miniature rainforest! Definitely a place to visit. 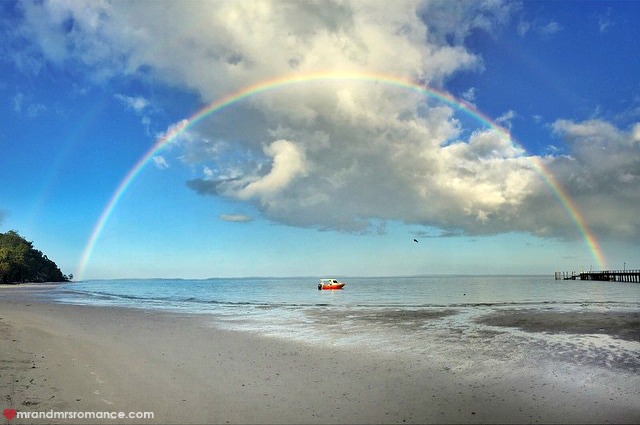 And then this morning, Mrs R spots this! I don’t think I’ve ever seen where a rainbow starts and ends. And if you look closely, you can see it’s actually a double rainbow.

For your interest, here are a couple of our older posts about Fraser Island:

48 hours on Fraser Island – what to do and where to go. 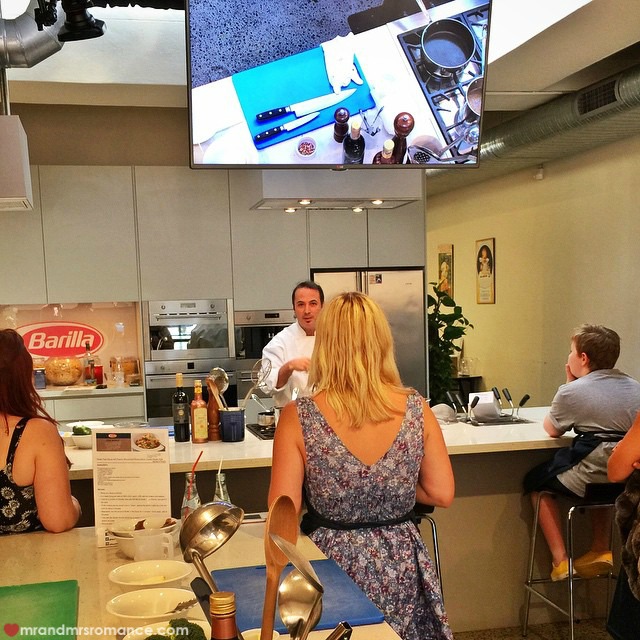 Today – while Mrs Romance is enjoying the sun and sand of Fraser Island – I’m checking out Barilla’s new gluten free pasta range. I’ve heard good things but have yet to try it out. I’m a bit sceptical, but let’s see.

Under the watchful eye and simple instructions of this guy Andrea Tranchero – an Italian chef with 25 years’ experience in Michelin-starred restaurants – we should be able to finish with something edible. I hope! 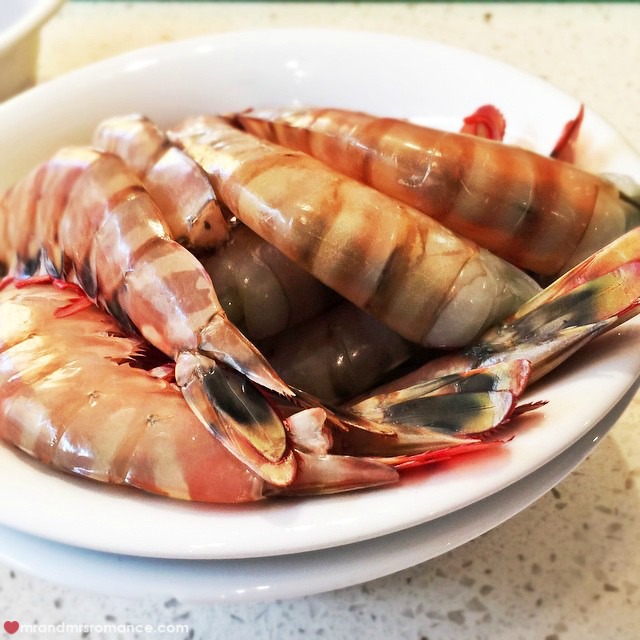 With Mrs Romance not here, I was a bit apprehensive at being here on my own, but I shouldn’t have worried. Almost like she’s waiting for me to arrive is Kimba from KimbaLikes.com and her awesome son ‘Boyo’. It looks like this is going to be a very fun cooking session indeed!

Our first job is to peel and devein these monstrous green tiger prawns. For some reason this takes us ages and everyone’s started eating while we’re still cooking! 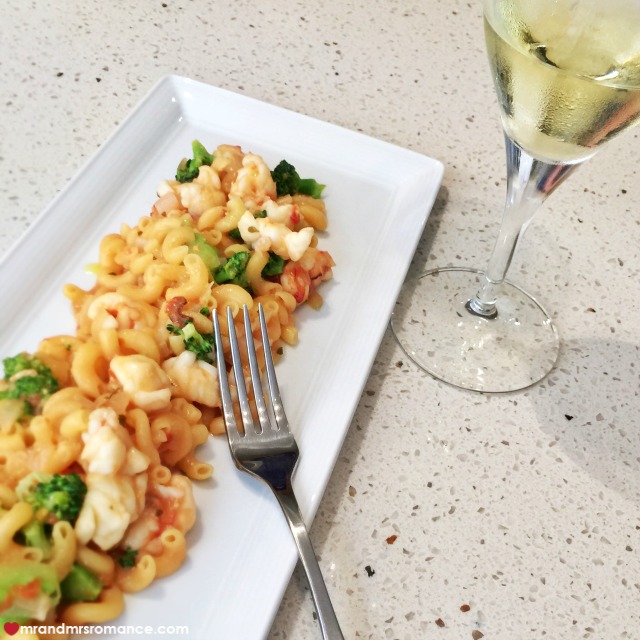 It’s worth the wait though. We’ve made a kind of pasta risotto – called pasta risottato – using Barilla’s gluten free elbow pasta. The prawns are cut into bite-size pieces, we add broccoli and some Barilla ricotta sauce (also gluten free of course!). The result is really delicious. Barilla seem to have really nailed gf pasta.

We also have a go at making chicken pesto spaghetti, which tastes great but doesn’t look quite as good as this one. 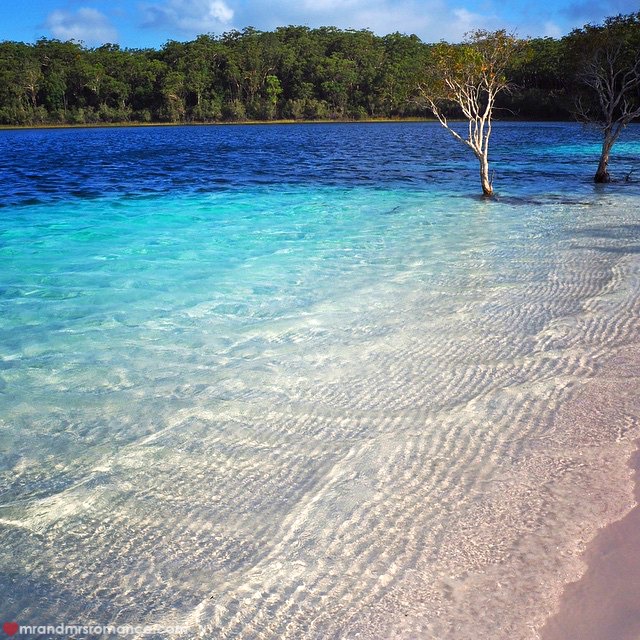 And while I’m suffering, sweating and slaving over my student stove, Mrs R is having a lovely time. This, dear friends, is Lake McKenzie. It’s the most famous of all the freshwater lakes on Fraser Island because of its spectacularly clear blue water. It was named after the logging company that was based there… but who cares about that. Just look at that water! 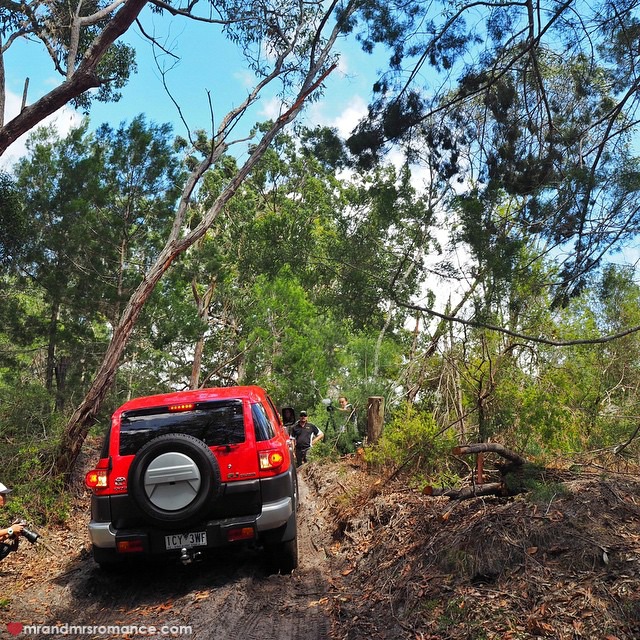 Mrs Romance is cutting it up on Fraser Island learning how to off-road with Dave from the Australian Offroad Academy. Wonder if this is the start of a new rally driving passion? 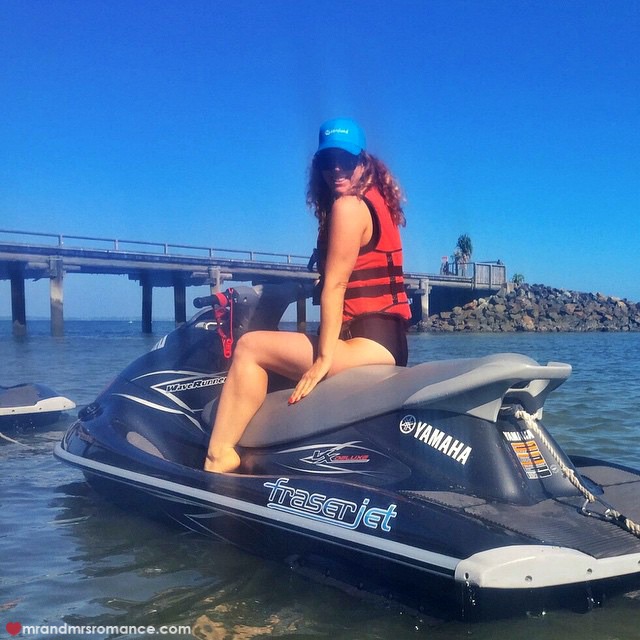 On the other hand, perhaps four-wheel-driving isn’t going to be Mrs R’s new favourite hobby. Nope, jetskiing is. She’s absolutely in love with these things!

Thanks to Larry from Aquavue, it looks like we’re going to be looking for a place to park one of these bad boys in the near future. Not that I’m complaining of course. 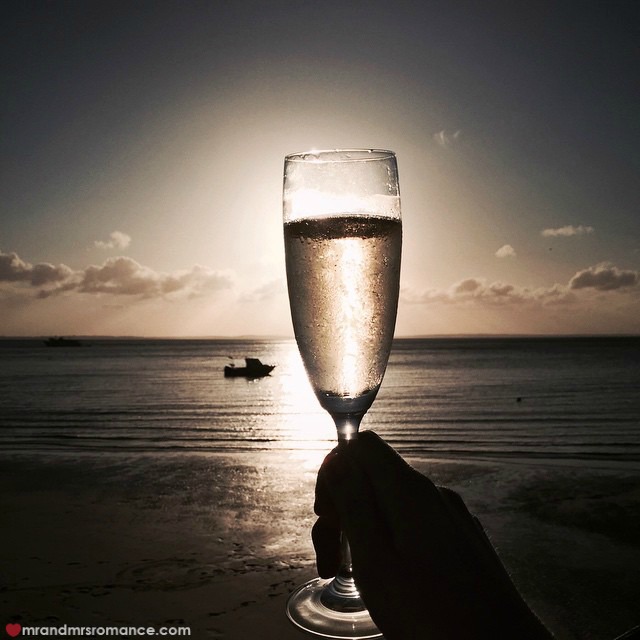 Good evening and good night from Queensland! Is there a better way to end a day on the world’s biggest sand island? I don’t think so. Just wish I was there, that’s all. See you back at Romance HQ soon, Mrs R! x

How was your week? What were your highlights? Tell us in the comments!

Maitland’s little secret and an excuse for a shopping spree

There’s nothing quite like hopping in the car and hitting the open road. This week, Christina and I went country, visiting a new part…