Anthony Bourdain, David Attenborough, Simon Reeve – they all create incredible stories that inspire us to travel through our televisions. But here are seven other Netflix shows and series that activate the travel bug in us all. 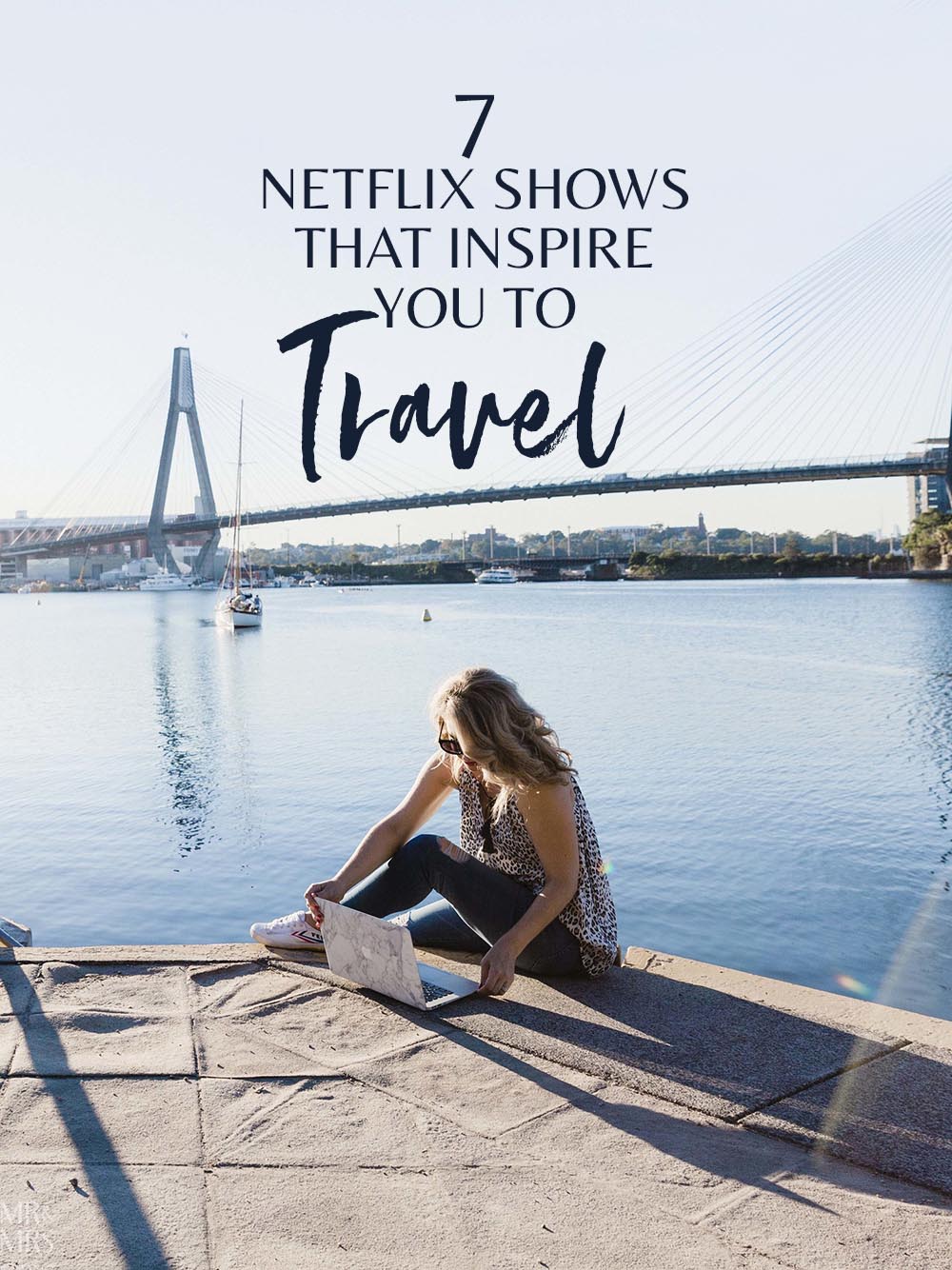 If you’re like us, you travel as often as humanly possible. And when you’re not travelling, you’re thinking about it.

But watching shows like this – seeing places you can’t wait to visit or have already been to – always comes at a cost.

On one hand you’re excited; thrilled at seeing these destinations on TV. On the other hand there’s a pang of sadness because you miss this place or simply because you’re not there now. And yet one way or the other, you can’t stop watching.

Nevertheless, when the shows are as well-produced as these, the price is worth it. 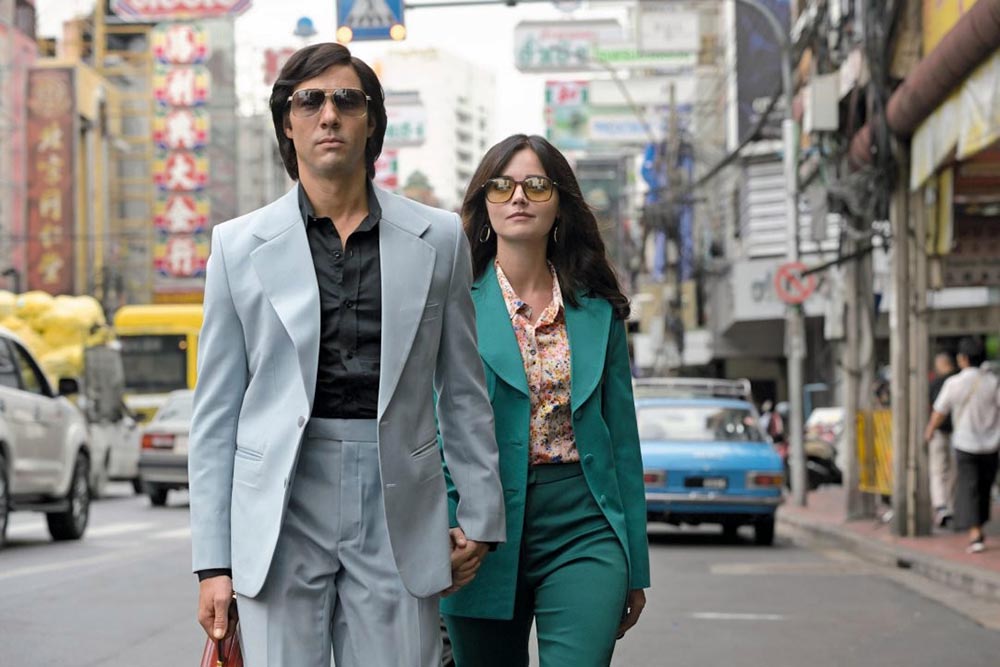 Based on the true story of French serial killer Charles Sobhraj, this eight-ep thriller follows this enigmatic conman murderer and his sinister exploits around the world to his final arrest.

Initially set in Southeast Asia in the 1970s – in particular Bangkok – the protagonists also travel to France, India and the Middle East.

Actual footage from these destinations from the time alleviates the horror somewhat as we felt our feet itching in spite of the details of this cleverly-told, suspenseful and at times harrowing tale. 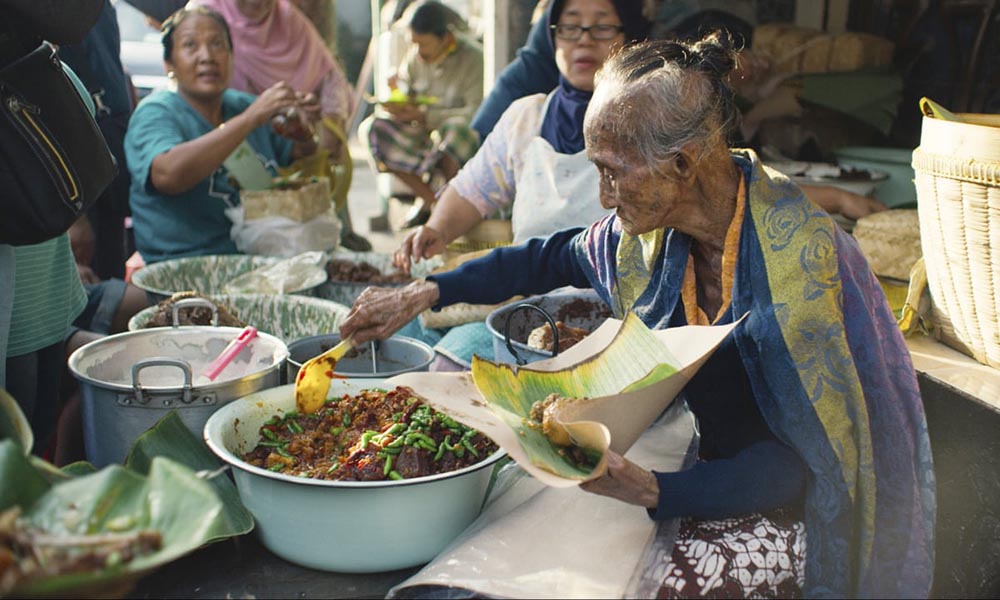 Hawker food. Noisy, hectic streets. Strange exciting delicious dishes served on paper plates and plastic bags. The smell of smoke and clouds of steam that spout from little carts and shambolic rickshaws. It draws us in every time.

This series explores the alleys and laneways of Asia, and delves a ladle into the life of the street food vendor.

The opportunity to learn about the cooks behind the gas burners gives another layer of depth to our travel memories and puts another coin in the kitty for our next flight ticket.

Each episode visits a new country: Bangkok in Thailand, Osaka in Japan, Delhi in India, Yogyakarta in Indonesia, Chiayi in Taiwan, Seoul in South Korea, Ho Chi Min City in Vietnam, Singapore and Cebu in the Phillipines.

Just be aware of the constant risk of drooling all over your TV remote – the food they talk about and show is exactly what my travel stomach is yearning for. 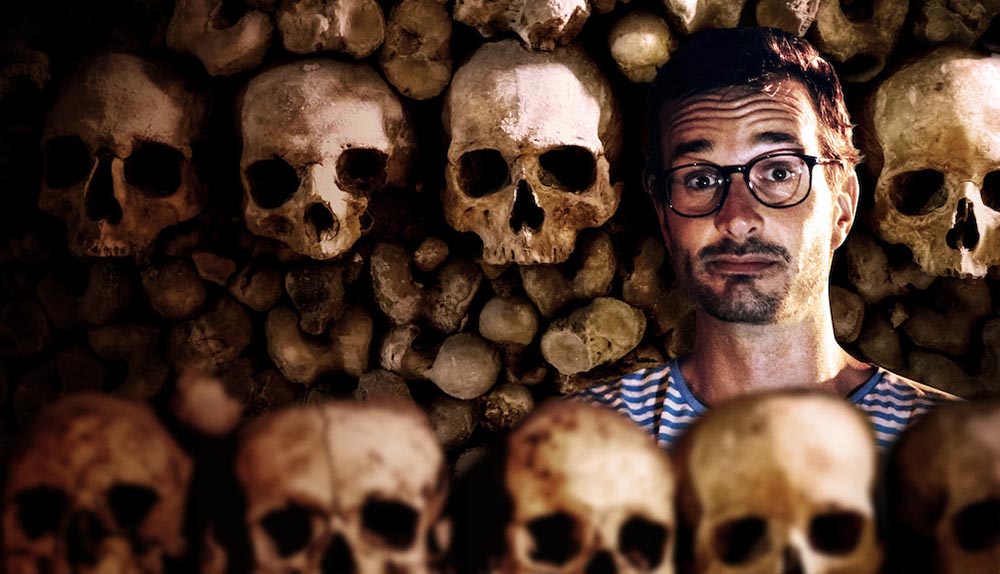 As the title to this bizarre, confronting documentary series suggests, this isn’t your average, lighthearted holiday show.

But far from turning suffering into a mere attraction, this aim is to gain an insight into history, culture and the extreme experience – something that’s often missing from other travel stories.

Dark Tourist might not seem likely to inspire travel, but the way that Farrier delivers each topic and destination – part Louis Theroux part Flight of the Conchords – you can’t help but be enthralled. 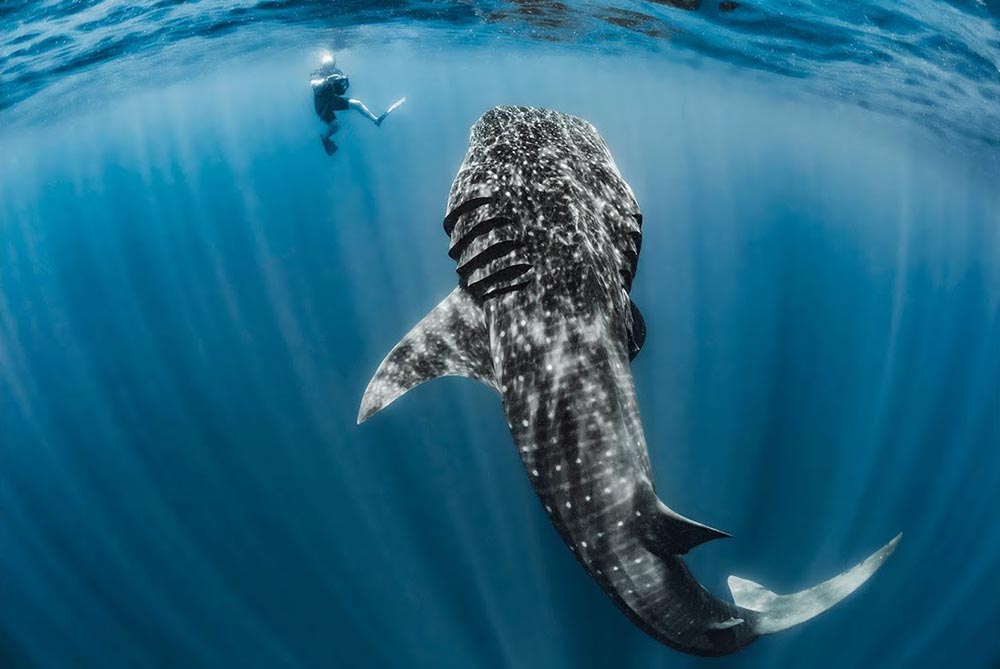 Travel photography usually only shows us what’s happening at a specific moment from one side of the camera. This ongoing documentary series tells the story of what’s happening on the other side.

What does it take to be a travel photographer? And what has it taken them to get into the situation they’re shooting?

Stunning images of the natural world and of human life around the planet are cleverly woven with tales from the photographer that make you want to grab your camera, pack a bag and travel.

It’s worth pointing out that the video footage of this documentary series is equal to the incredible stills of these world-class travel photographers. And make sure you watch the end credits of each episode. They show some of the photographers’ best pieces. 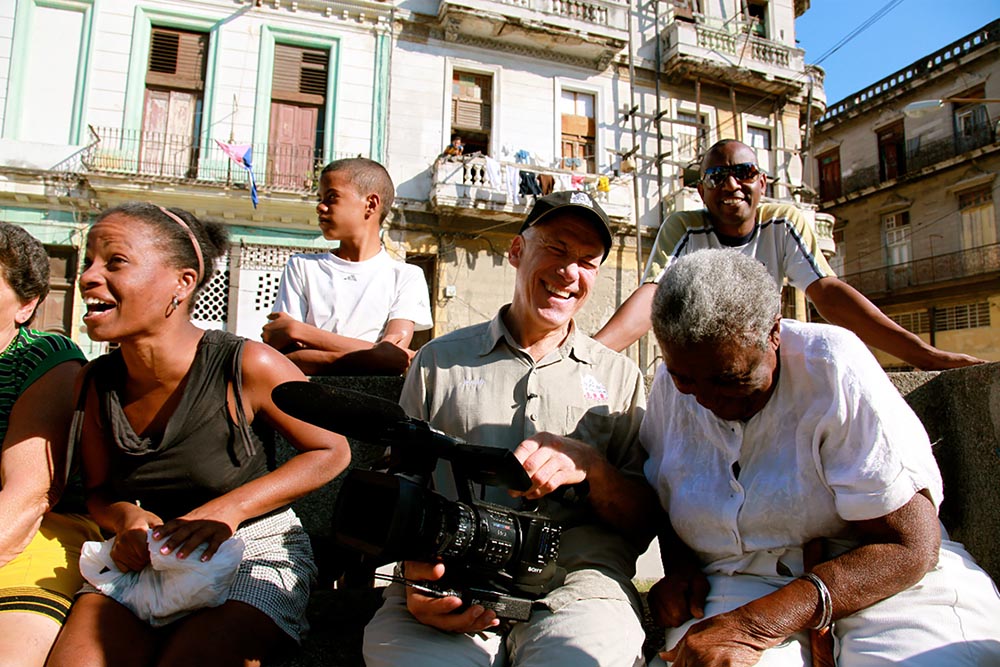 In this feature-length documentary, Emmy-winning filmmaker Jon Alpert shows Cuba – a place close to our hearts – over 45 years.

Beginning in the 1970s, his story follows three Cuban families and their plight throughout the Castro regime.

This documentary answers lots of questions (and asks many more) of what the revolution and egalitarian rule has meant for Cuba. Seeing the passage of time in a place where time has stood still since the ‘50s is also so interesting.

But most of all, it gives us an insight into how hard things have been for the people of Cuba. In particular the horrible hardships of the ‘90s when the Soviet Union and East Germany – along with many of Cuba’s resources – disappeared, Alpert’s intimate first-person style brings things into focus.

From farmers to black market dealers to four generations of one family – even to his personal relationship with Fidel Castro himself, Alpert creates a picture of Cuba that most of its visitors never get to see. But one that we all should. 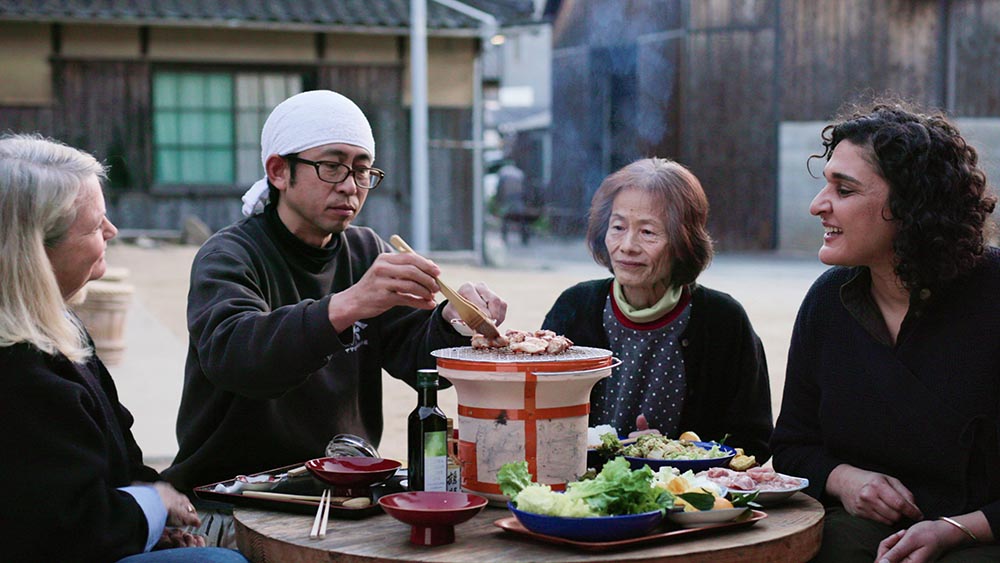 This four-part series – each episode broaching the four elements of the title – is based on the award-winning book of the same name by American chef Samin Nosrat.

Salt Fat Acid Heat inspects the importance of these four essences of cooking by visiting various kitchens and chefs around the world, and looking at how they impart these elements into their traditional dishes.

Starting with Fat in episode one, Nosrat heads to northern Italy to see how they use olive oil, pork fat and cheese.

Next with Salt, she goes to Japan, then Acid leads her to Mexico and the Yucatan. Finally back in San Diego for Heat, she cooks with her mum and talks about traditional Iranian dishes of her upbringing.

This series is a mouthwatering meander to some of the world’s most delicious destinations – all four of which have a special meaning for us. 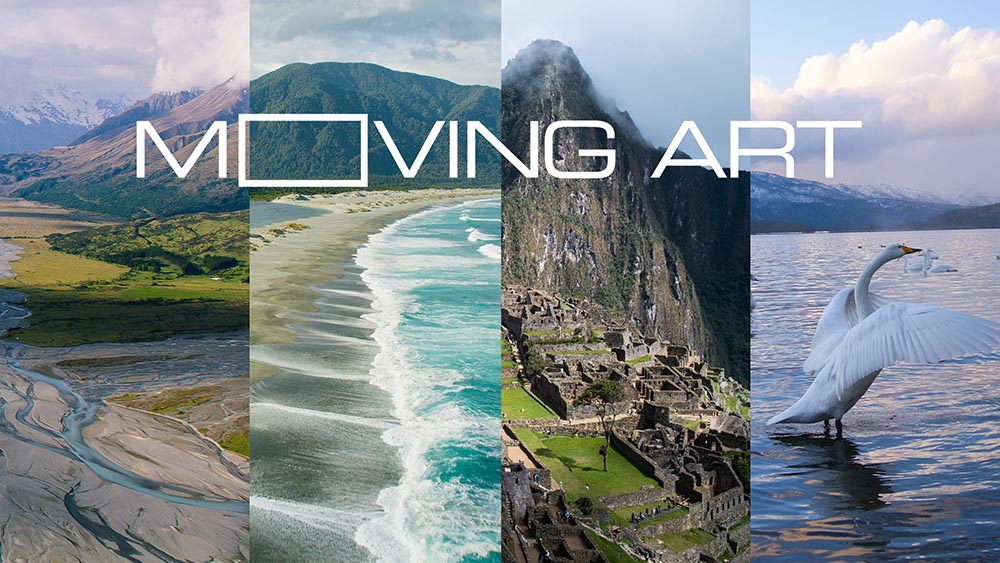 Filmmaker Louie Swartzberg brings together stunning footage of nature from around the world.

Perhaps not a sit-and-watch, but a million times better than your TV’s screensaver, there’s no dialogue or story to these beautiful 25-minute films. They’re just for us to admire.

*These titles were listed in the Australia/NZ Netflix shows available at time of writing. Even if they’re not available where you’re currently viewing, it’s worth keeping a note of them or bookmarking this post because they’re not to be missed. 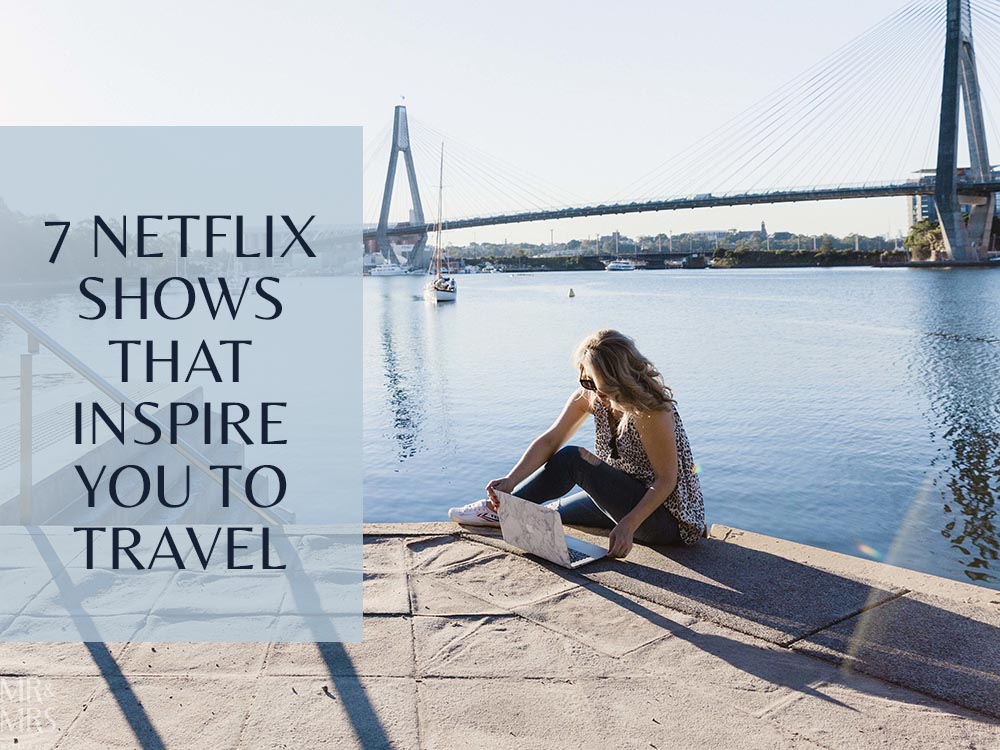 A bar party, a noodle party and a birthday party

It’s been a funny little week this week. Monday being a public holiday has really put us out of kilter. I think I think…