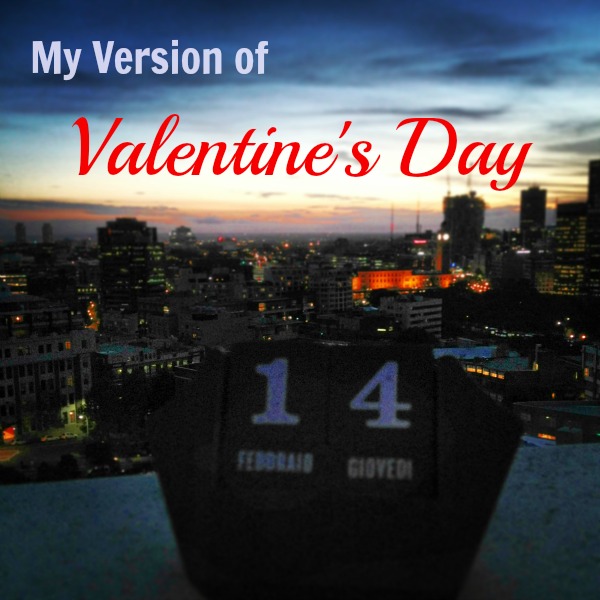 There are always rules. Never trust a thin chef, always trust a barber with bad hair, only ever eat white snow… for Valentine’s Day, there are rules just the same: you’re being judged today – don’t cock it up! You’re mission here is to earn brownie points.

Here’s how I earned mine.

The morning started well as Mrs Romance and I sauntered off for a late breakfast/early lunch to Reuben Hills café on Albion St, Surry Hills (that’s in Sydney for you out-of-towners!). 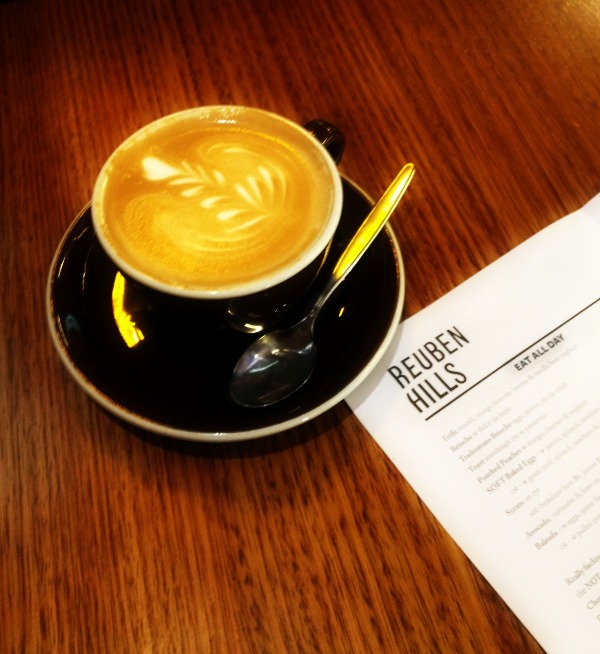 The fair supplied is always excellent, especially if you’re a spicy Spanish type of eater. I went for the chorizo grits, baked corn tortilla chips and queso fresco with an enormous dollop of avocado and a small tree of coriander to garnish. Mrs R went for the soft baked eggs with goats curd, spinach and ranchero. A couple of strong coffees to go with it all – we were happy and stuffed. 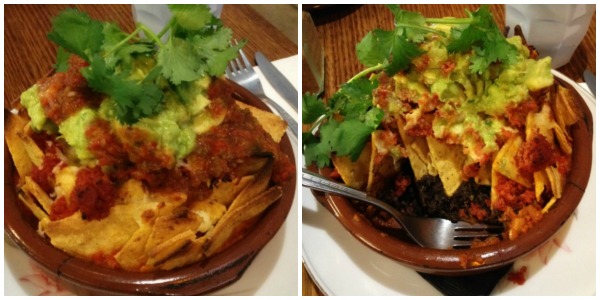 Back home we did a bit of work (actual work that is, you dirty-minded people!), where I did very little and Mrs R went into Hair Romance mode and trialed a couple of new curling irons from Hair2Day. Trouble is, as she was working away, she managed to burn her forehead with a smoldering 180 degree curling iron. It took a while to cool it down, but thanks to a bag of frozen corn and a few drops of Rescue Remedy, only a small blister remained.

Galvanized by my caring attitude (supportive brownie points: earned) and her never-say-burnt attitude, Mrs R went on to sculpt this

incredible hairdo. Check it out! 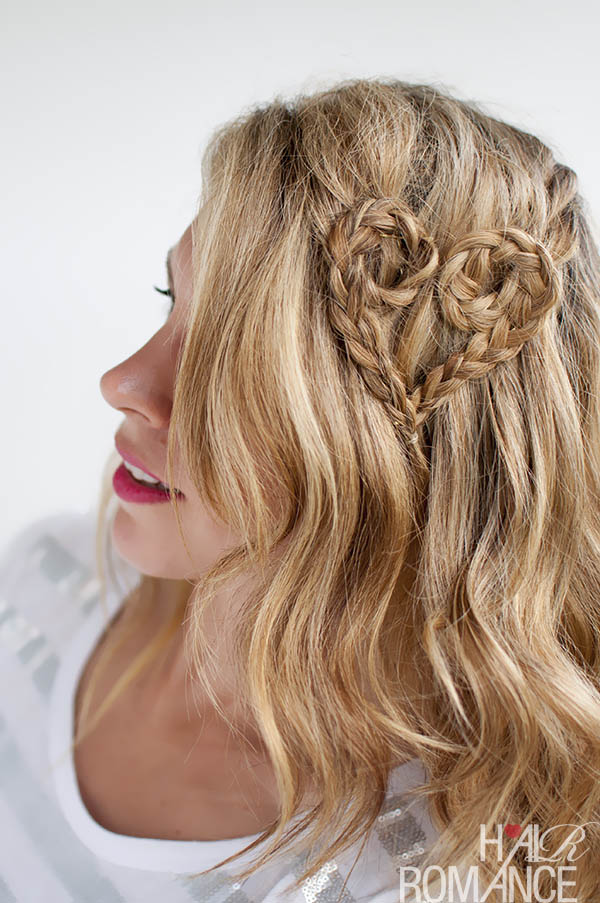 In the meantime, Mrs R told me about an incredible offer that St George bank is doing. They’re sending two people to New York – all expenses paid! All you have to do is spot the New York taxi parked in the street and be the first to approach with the password of the hour. They do this about four times a day. 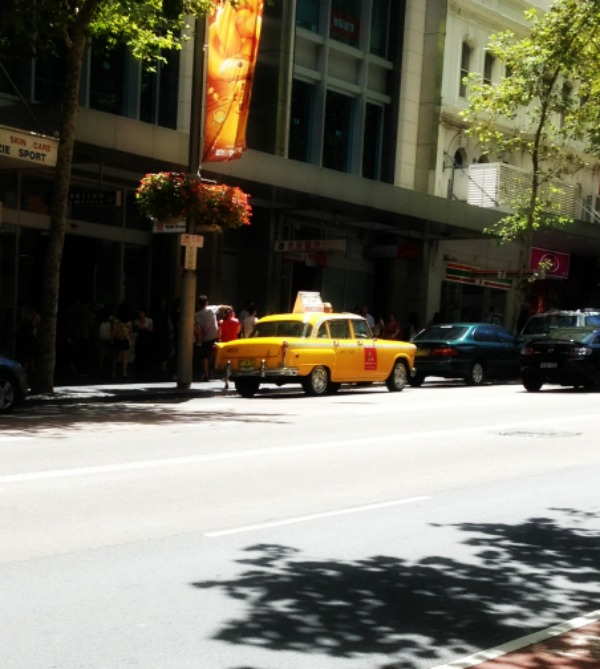 This gets you a ticket to a party where they announce the winners of the fantastic prize. So while Mrs R was creating her braid heart (sounds like that Mel Gibson movie… what’s it called… Mad Max) I was glued to Twitter waiting for the go-ahead to find the taxi.

First go, I ran seven blocks to find it. I’d missed the ticket by five minutes. Never mind. Mrs R wanted it: I’d have another go in an hour.

An hour later, the Tweet came through: only nine blocks! This time we both went (I don’t think she trusted me). We ran down to Chinatown in Haymarket and found the taxi.

“Haymarket!” I screamed at the poor girl in the St George polo, knowing that we were already too late.

“That’s not even the password,” she trembled, retreating back into the yellow cab.

“Bugger,” I replied. She was right. It wasn’t. Anyway we’d missed it again, but brownie points for effort and involvement were in the bag.

We headed home and worked a bit more until we’d calmed down enough to go out again. This time for dinner shopping. As we were going in that direction (sort of), we decided to head to Mrs Romance’s favourite ice cream place, Gelato Messina, on Crown Street.

These days, Mrs R doesn’t eat dairy, which is a shame as she loves ice cream, so this was a special treat. We sat in the park over the road and gobbled our frozen delectables.

I went for the Mighty GM Pie – peanut butter gelato with chocolate custard, crumbled choc pie crust, banana jam and cream cheese pie. Unbelievable. Because I’m a pig, I also had a scoop of the salted caramel, a perennial must. Mrs R treated herself to a single scoop of Baklava – honey and rosewater gelato with house made baklava. 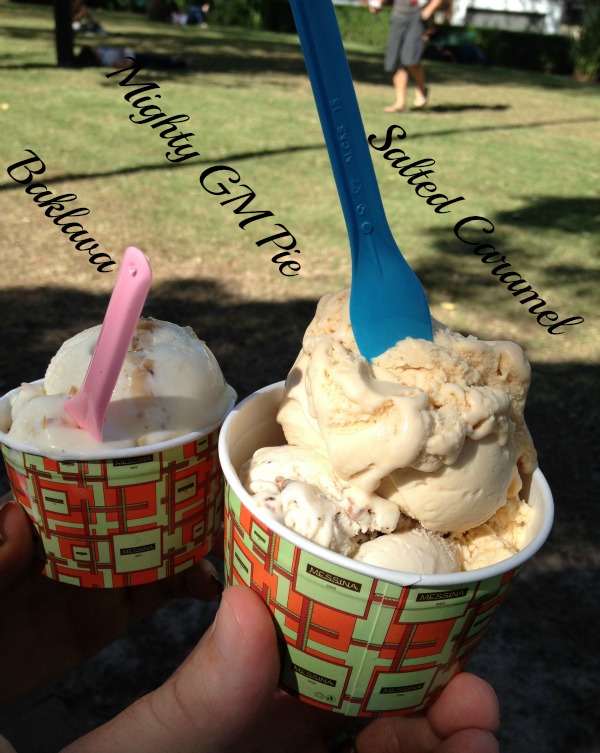 Gorged and aching with milky brain-freeze, we waddled on to the shops for dinner.

The rest, as they say, is shopping-cooking-eating-film-watching-wine-sipping-snuggle history.

The question now remains, what shall I spend all these brownie points on?

Images by Mr Romance and courtesy of HairRomance.com

We Aussies do love to brag about our coffee. And though the big words might be fair dinkum, menus in cafés here can be…