She could eat it for every meal, every day for the rest of her life. When she dies, she wants to be buried in corn. Until that day, she dreams of living in a corn house with corn children and a corn dog… hmm that last one’s actually do-able!

When Mrs R said she wanted to go out to Bill’s café for corn fritters, the stingy penny-pincher in me screamed NOOOO! I can make them! So I went to the shops and spent a fortune on ingredients. I know, not a well-thought through budgeting measure, but there you go. 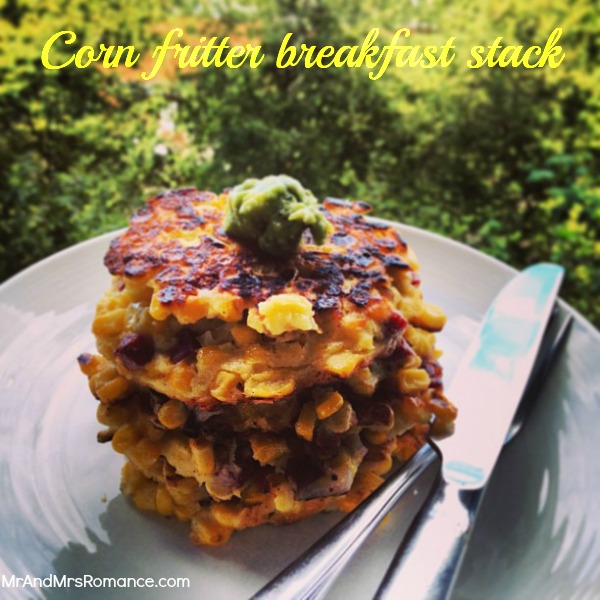 At this stage, Mrs Romance had just started trying a gluten-free diet. She’s not celiac but like many, does have a gluten intolerance. Here’s what I did, should make about nine fritters:

Top tip for the guacamole – add coriander, a dash of lemon or lime juice a dash of white vinegar.

Another top tip for the guac – store it in the fridge with the stone and it won’t go the weird brown colour.

The big question is: are my fritters better than Bill’s? Play nicely, Mrs R!

Image (and food) by Mr Romance