What have the CIA, the Olympics, a Broadway musical and the finest silk from Thailand all got in common? The answer revolves around one man whose house is now a museum and whose disappearance is still unsolved. 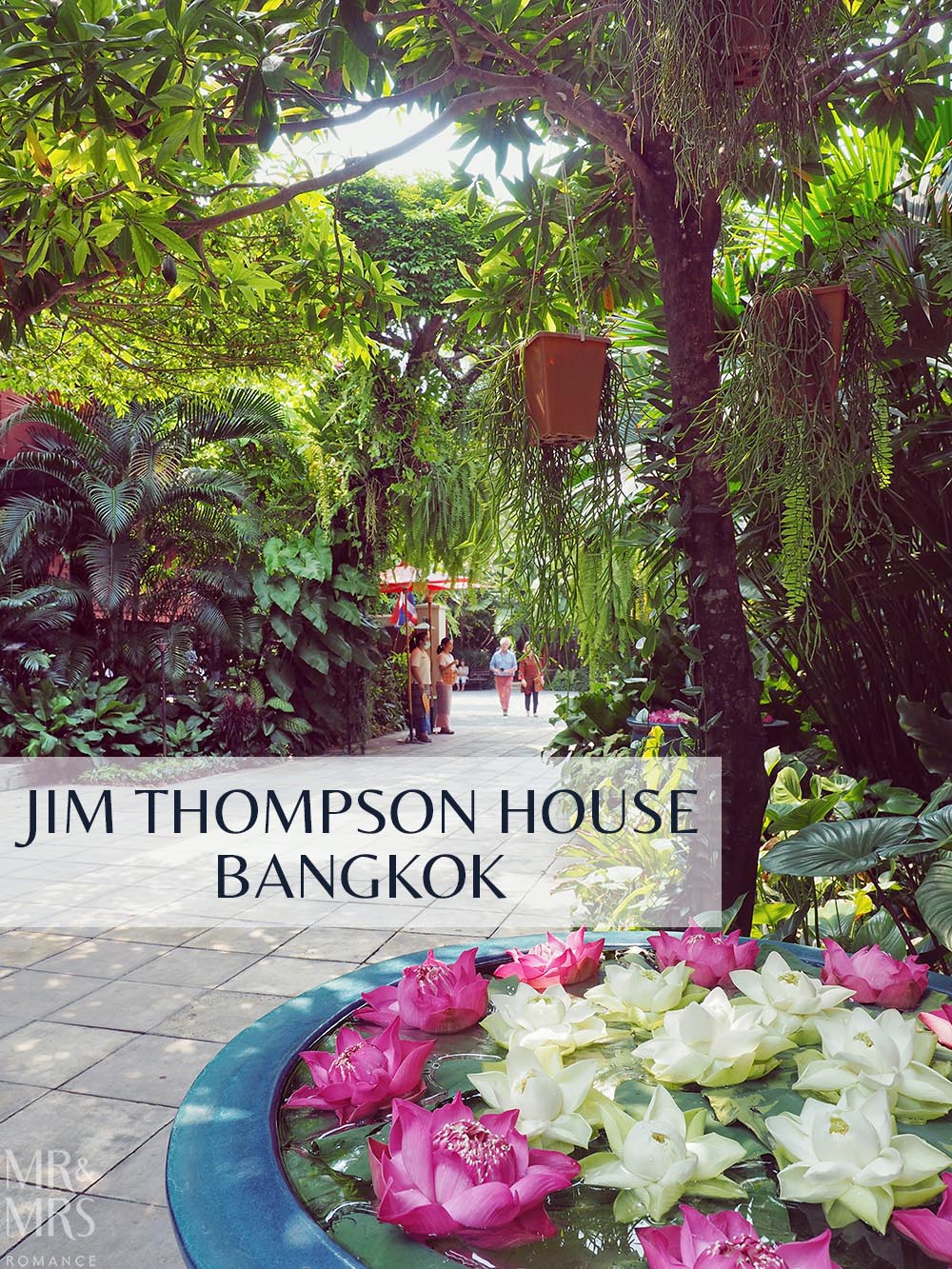 By the banks of one of Bangkok’s oldest and longest canals sits a mansion. Hidden amidst its lush, tropical gardens and secret water fountains is the Jim Thompson House. It represents a keystone to a mystery, a history of a legacy and the home of a legend.

On the far side of the canal is the district of Ban Khrua, the home and workshops of silk weavers for centuries.

It’s because of this that Jim Thompson, an American expat with a fascinating past, chose to build his landmark home in the midst of Thailand’s centre of silk. But the story doesn’t start – or end – here.

Watch our quick video of the Jim Thompson House here:

These days, the Jim Thompson House is a popular tourist attraction for Thais and overseas visitors alike.

The house, which was designed by Jim Thompson himself, is in fact a number of houses turned into one. Most of the building materials were from dismantled 19th Century homes Thompson brought from Thailand’s ancient old capital Ayutthaya to maintain a level of authenticity.

But Thompson was set on modernising this remarkable building.

He introduced many things that Thais had never seen in houses before. He installed internal stairs, he built toilet and bathroom facilities, he did strange things like had window shutters opening outwards and even had the decorative walls, which Thais would usually have on the outside, put on the inside so that he could enjoy them. 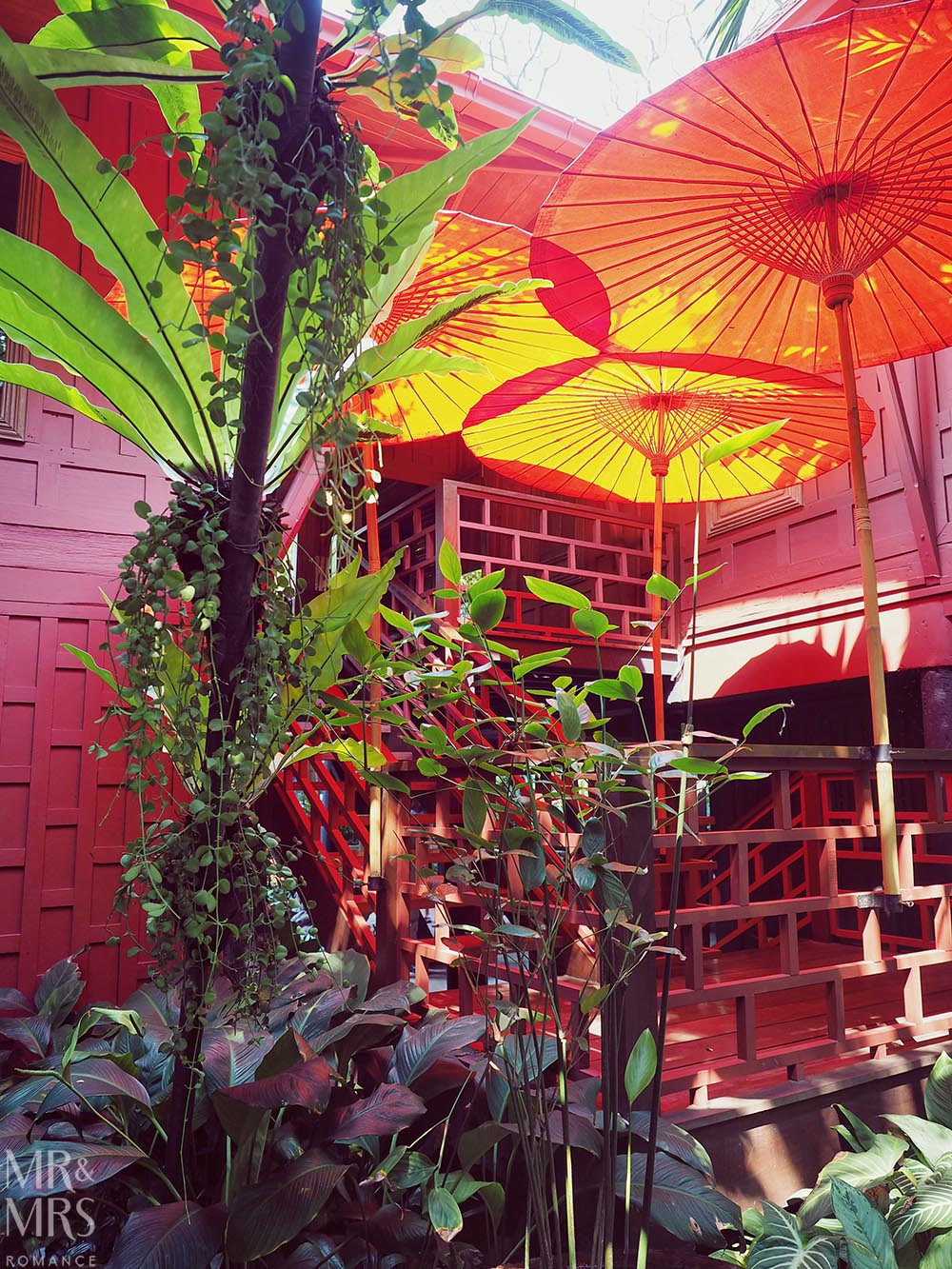 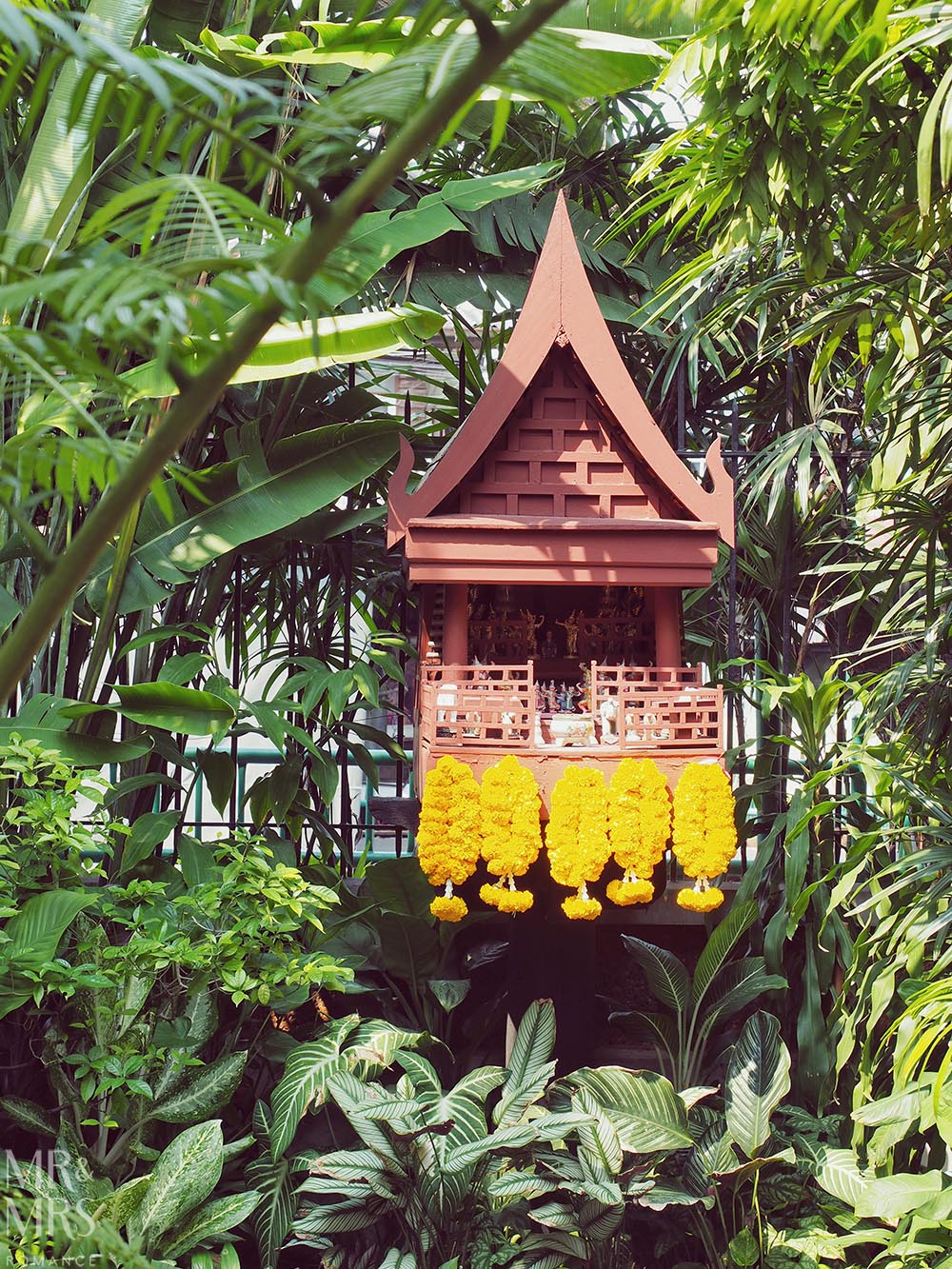 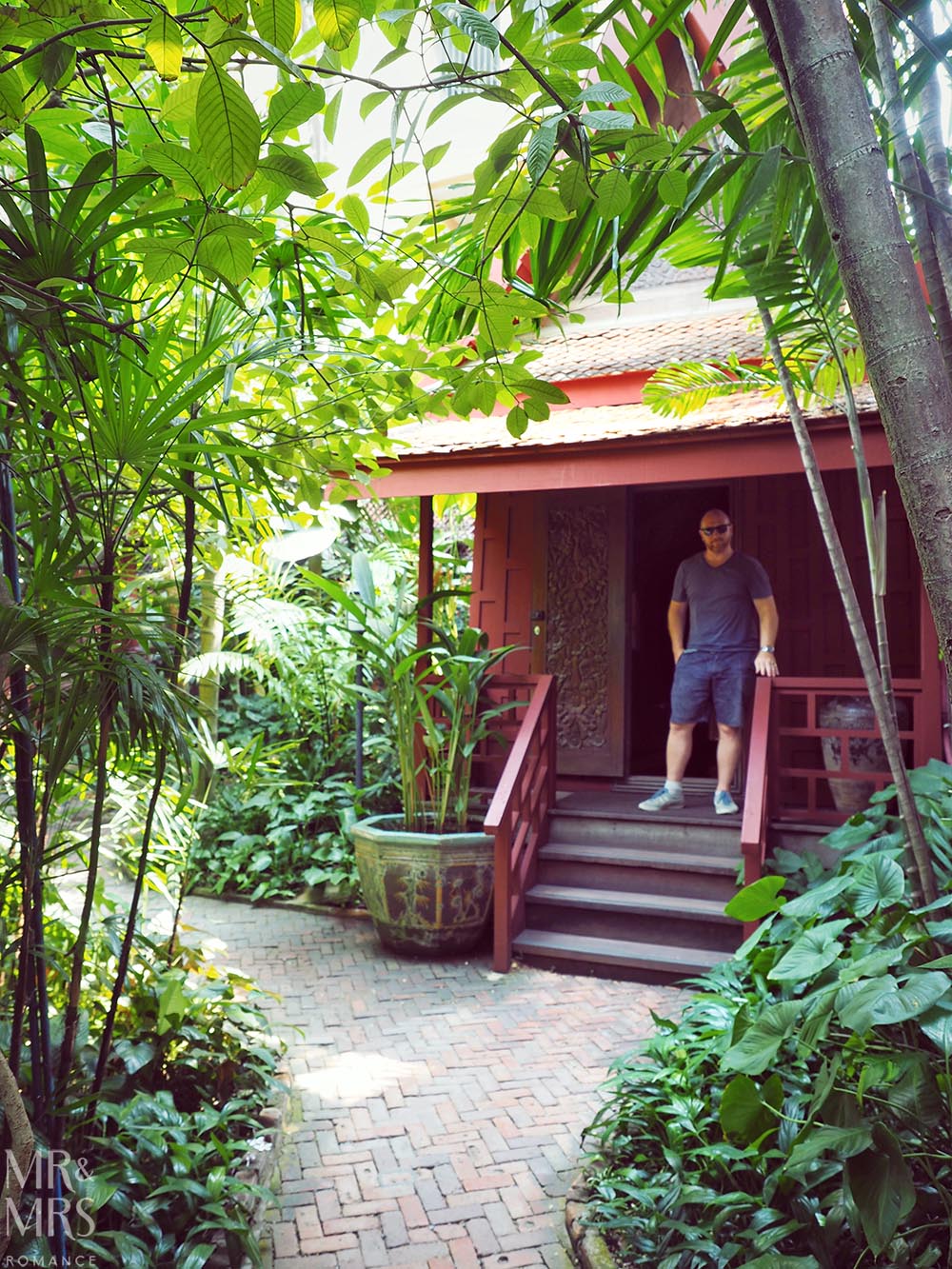 He even had beautiful wooden floorboard laid, and truly stunning black and white marble tiles he somehow gleaned from the old royal palace.

Thompson also collected a huge number of artefacts during his life in Southeast Asia.

Many of these you can see as you’re guided through the building. 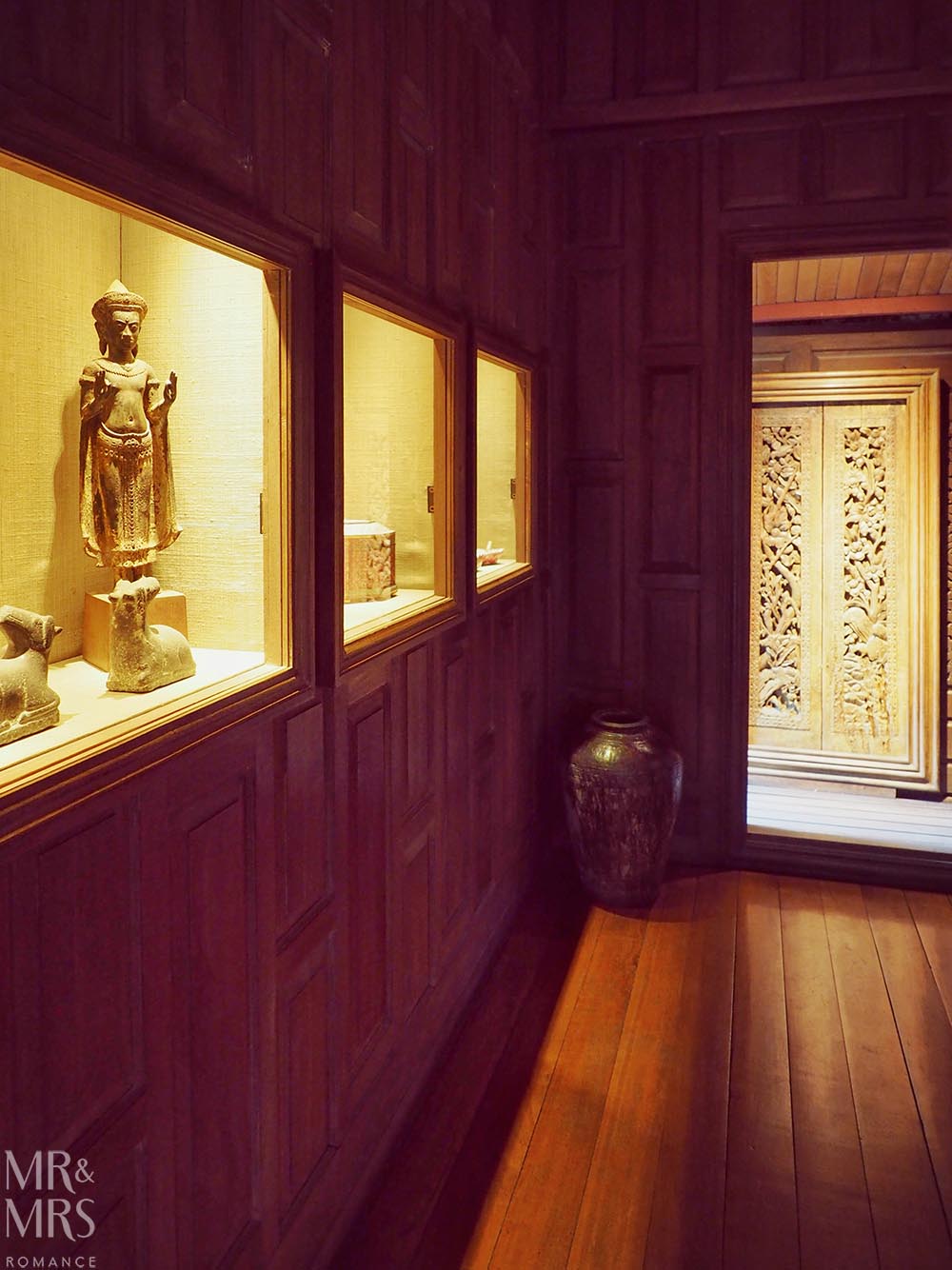 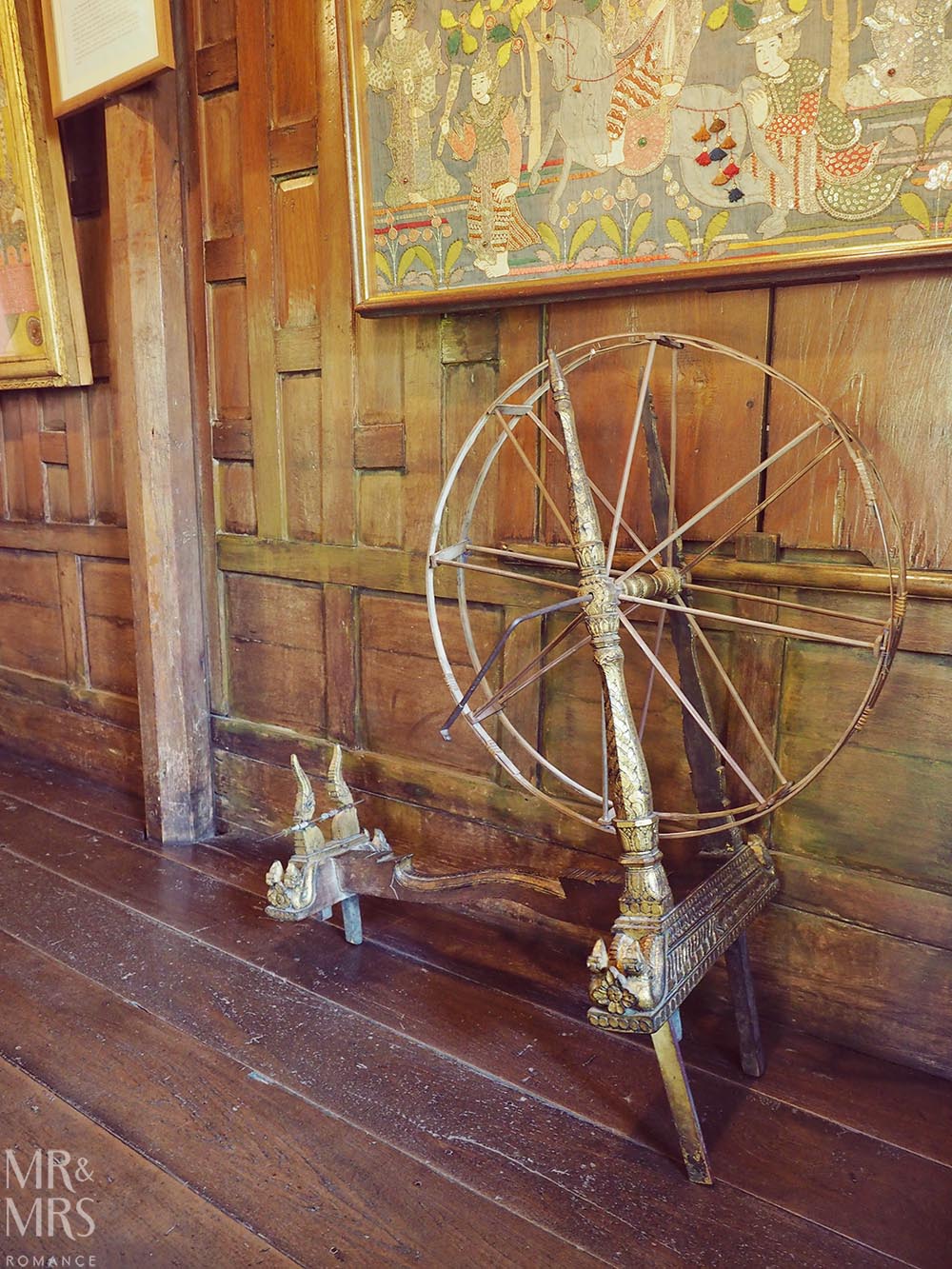 Tour of the Jim Thompson House

Unlike most museums, you can only go into the Jim Thompson House when accompanied by a guide.

Carefully controlled and regimented, visitors have to gather according to the number on their ticket and wait for their allotted time slot.

This is also a shoes-off experience, so if you’re not into the barefoot thing, remember to bring socks. 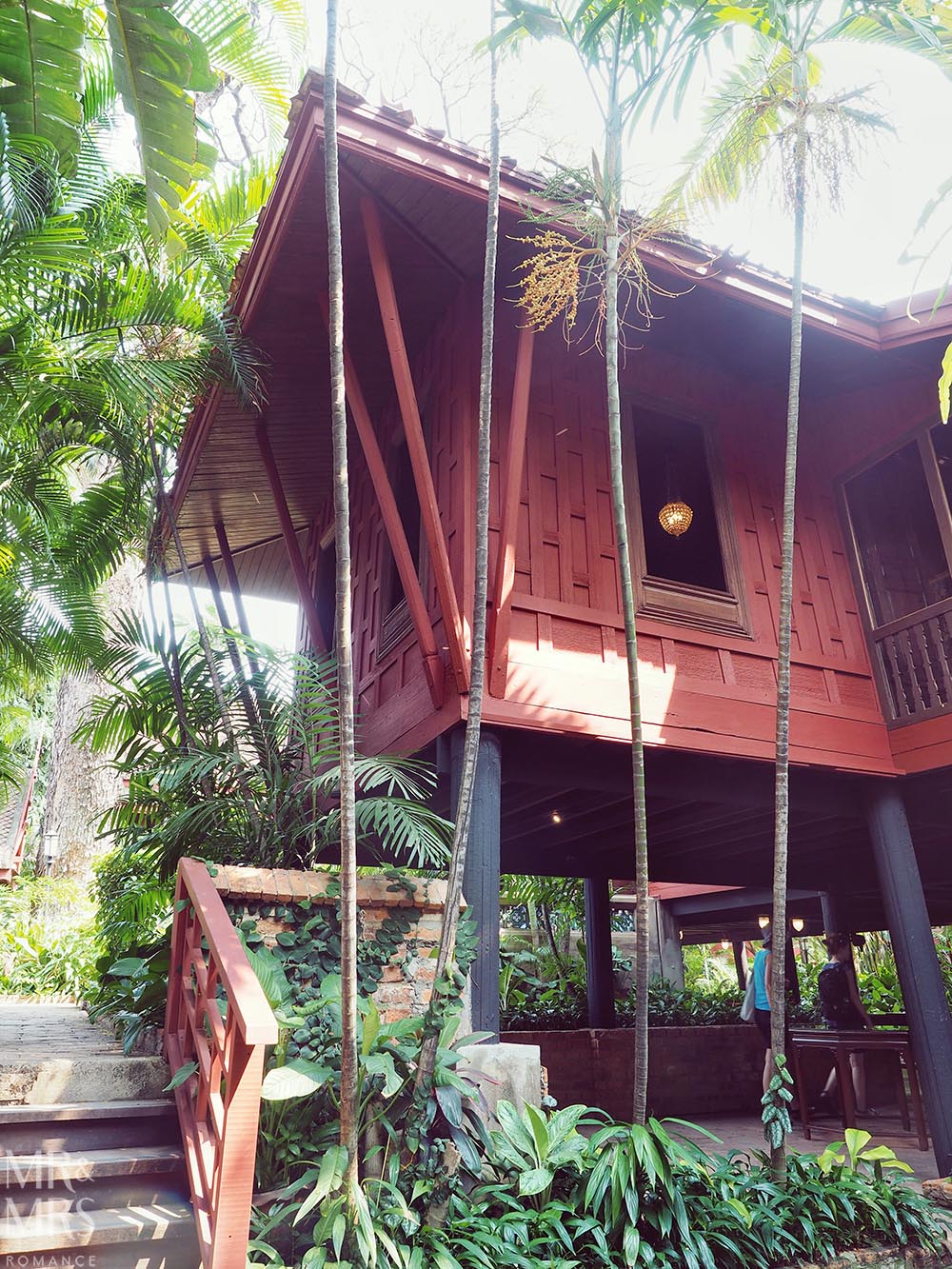 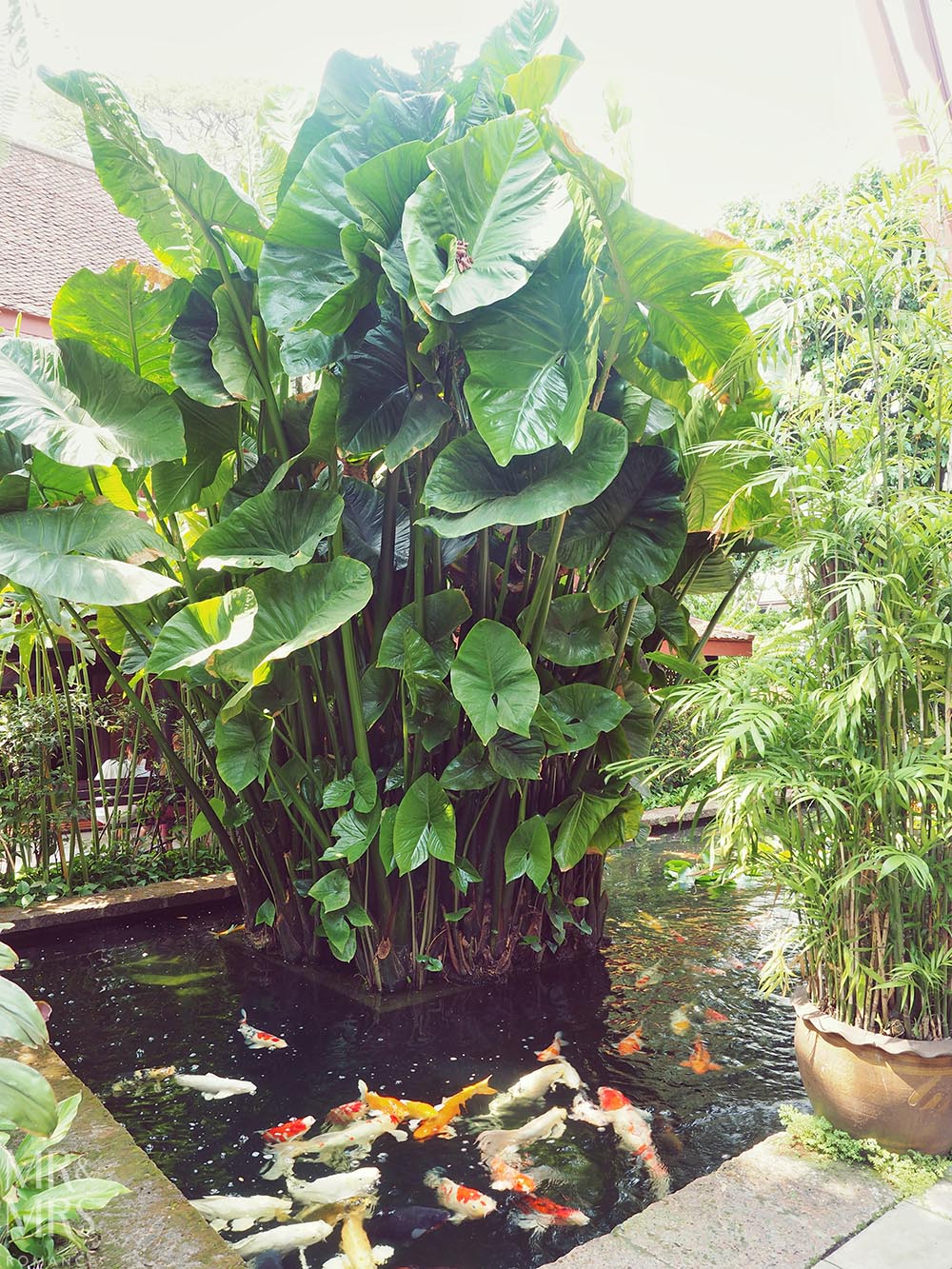 The tour takes about 30 minutes and your guide will take you through the various rooms, explaining the displays.

After his disappearance (we’ll get to that in a minute), Jim Thompson’s family donated his house and collections to Thailand as a monument to culture and history of the country. So all of Thompson’s finest pieces of art, icons and furniture are still here.

There is a no-photo no-video policy within the building during the tour, but once outside, you’re free to explore the grounds at your leisure and snap away. 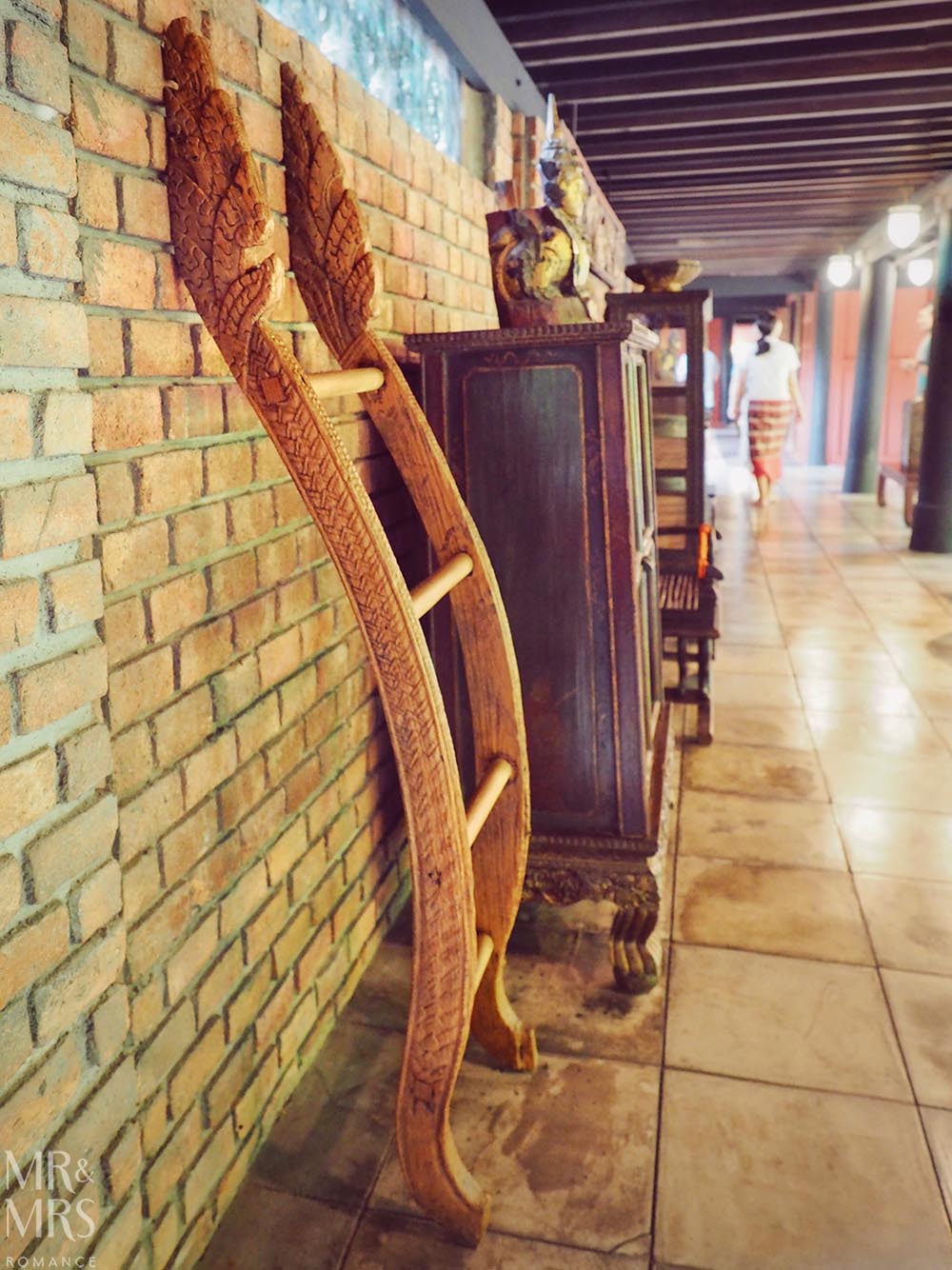 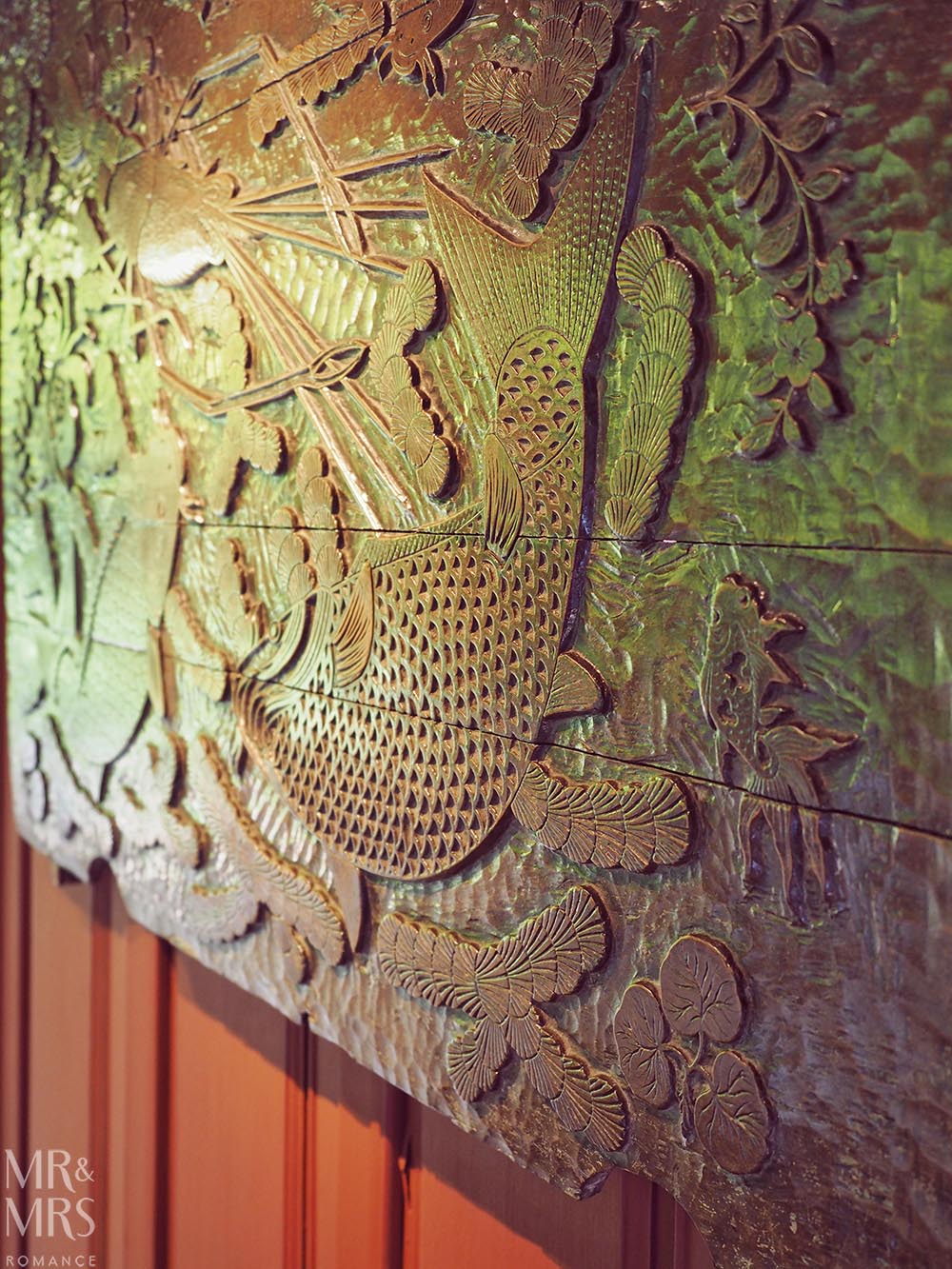 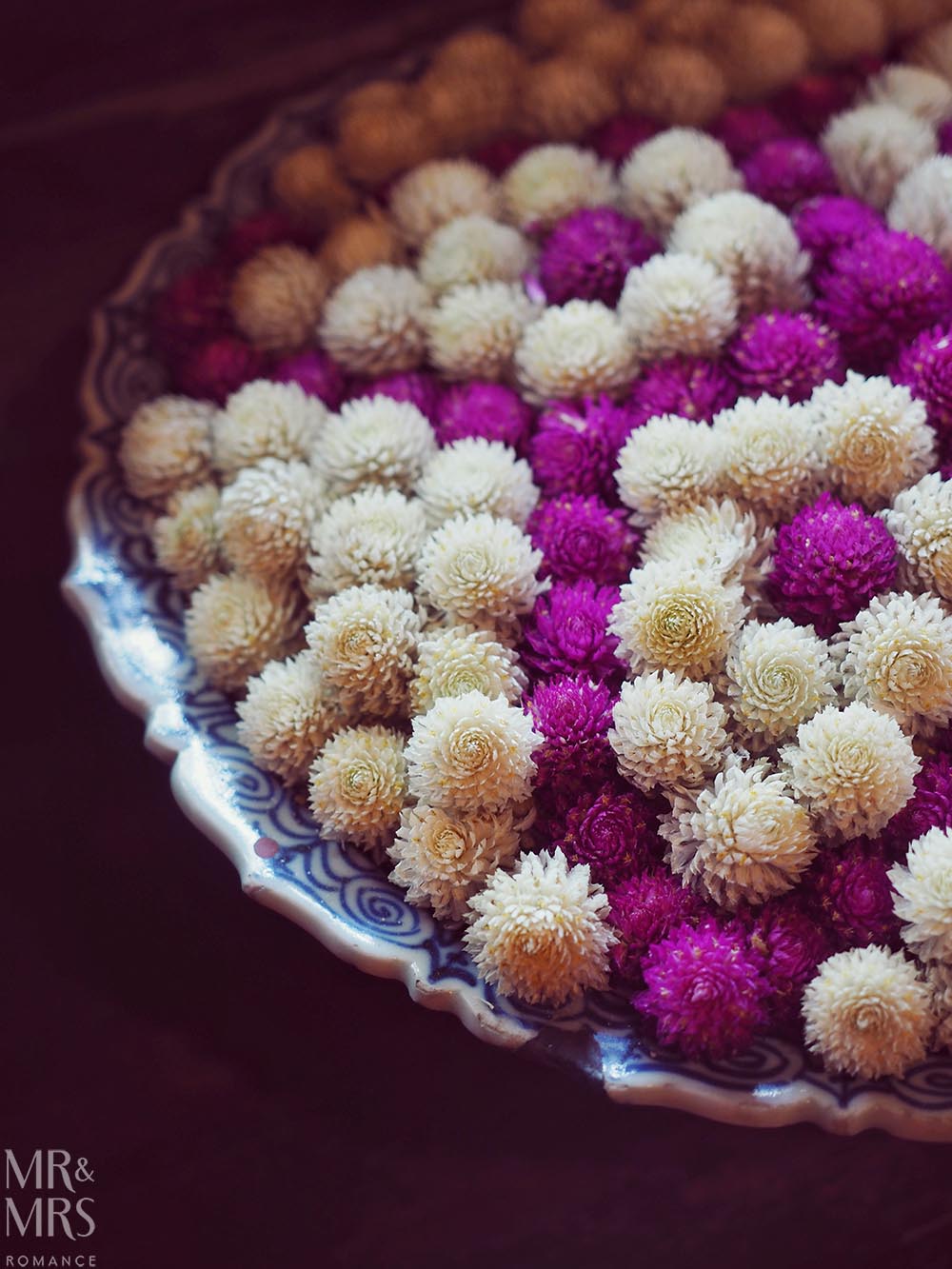 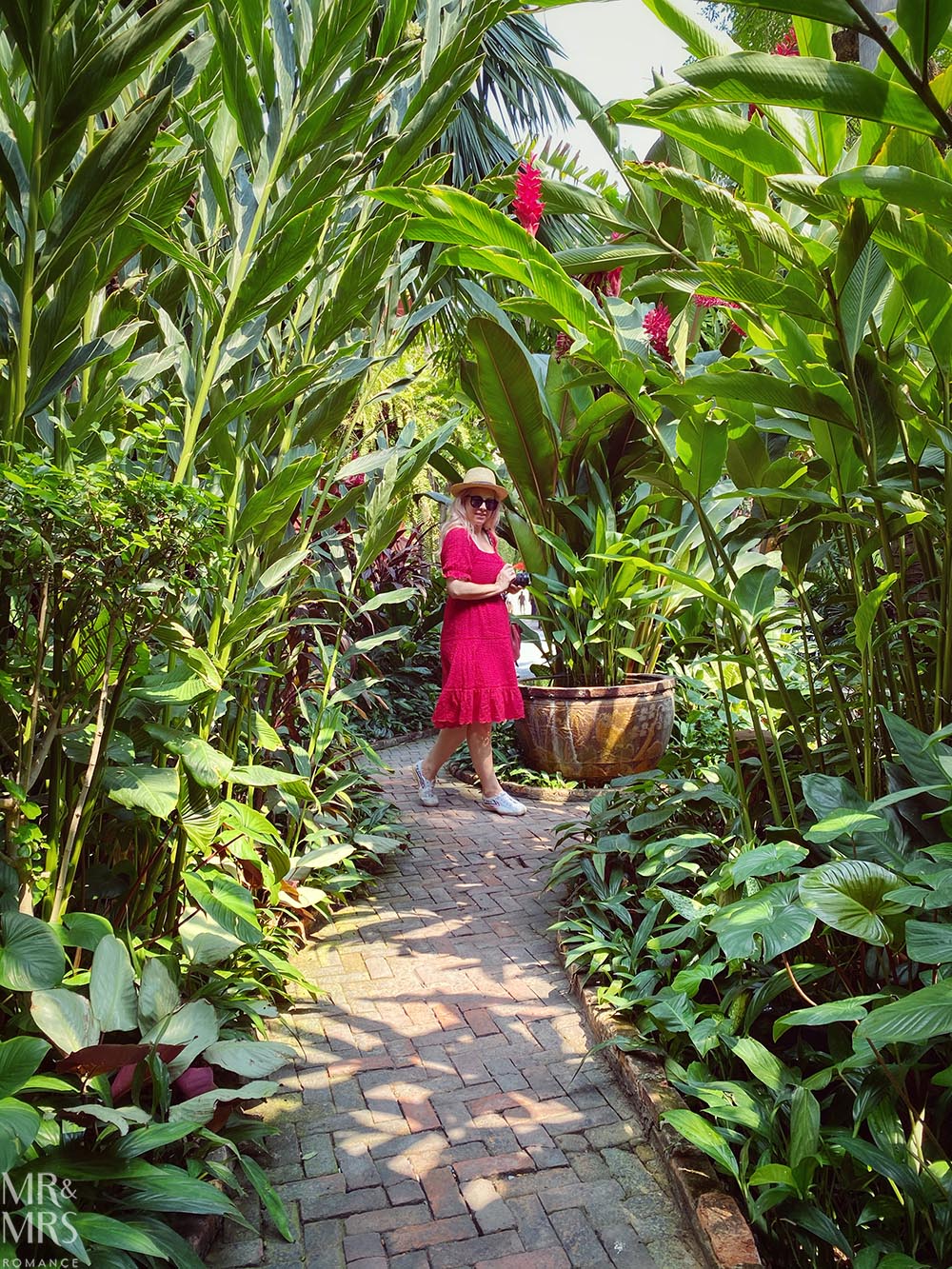 If you’re hungry, there is also a rather up-market restaurant within the grounds.

We can recommend the larb, massaman beef curry and the king prawn pad see ew. 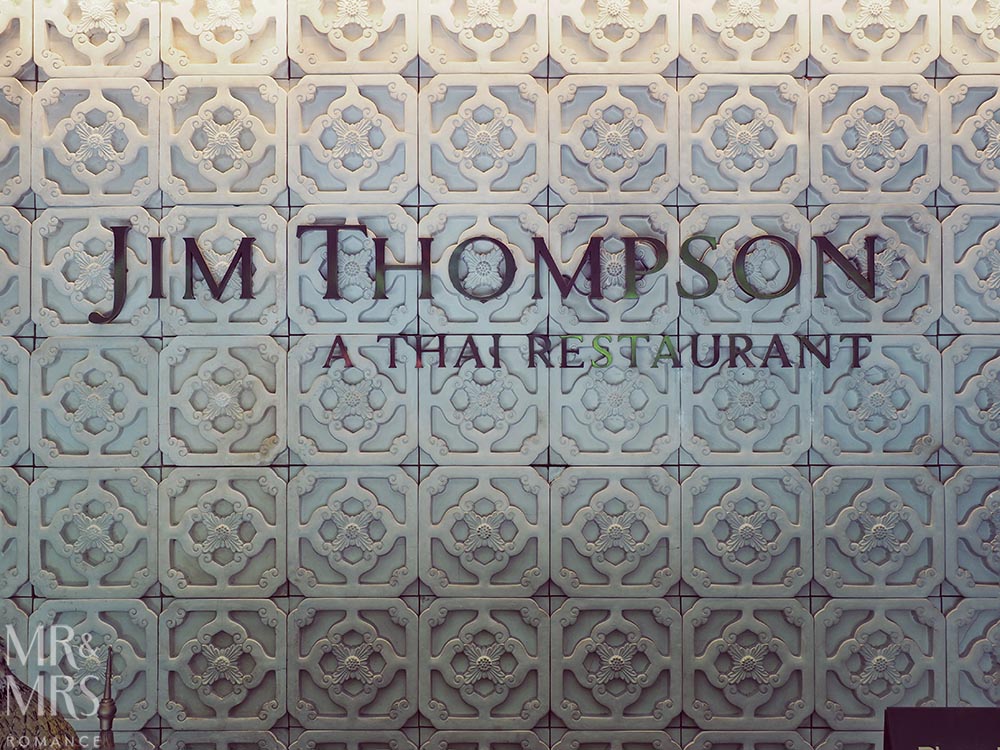 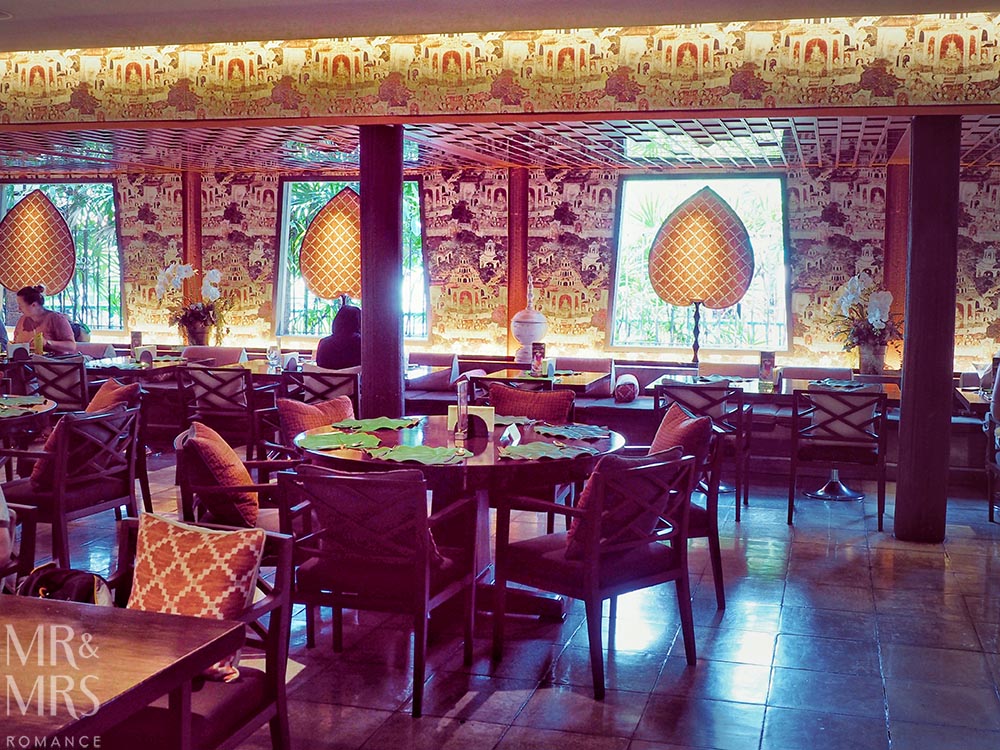 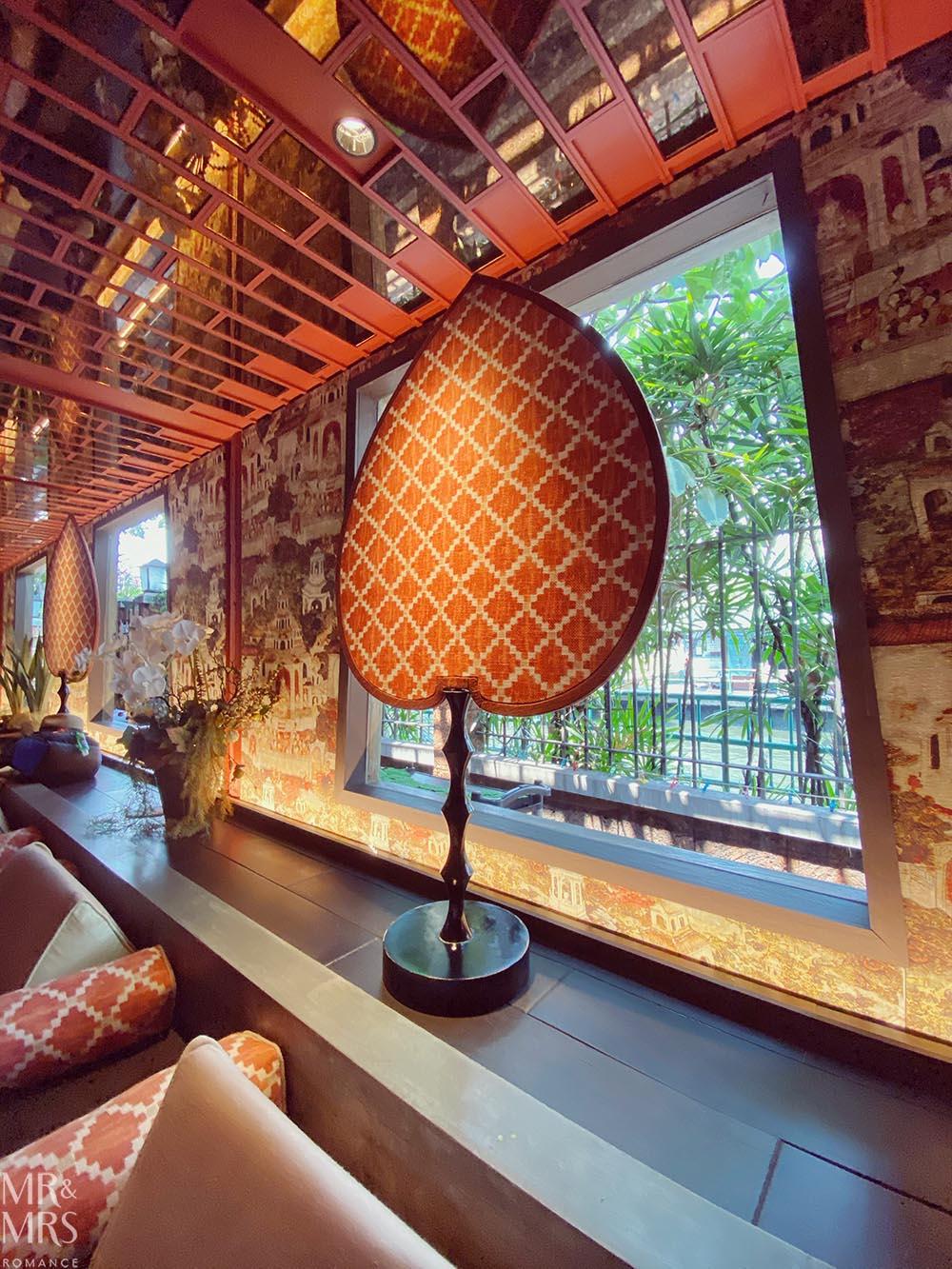 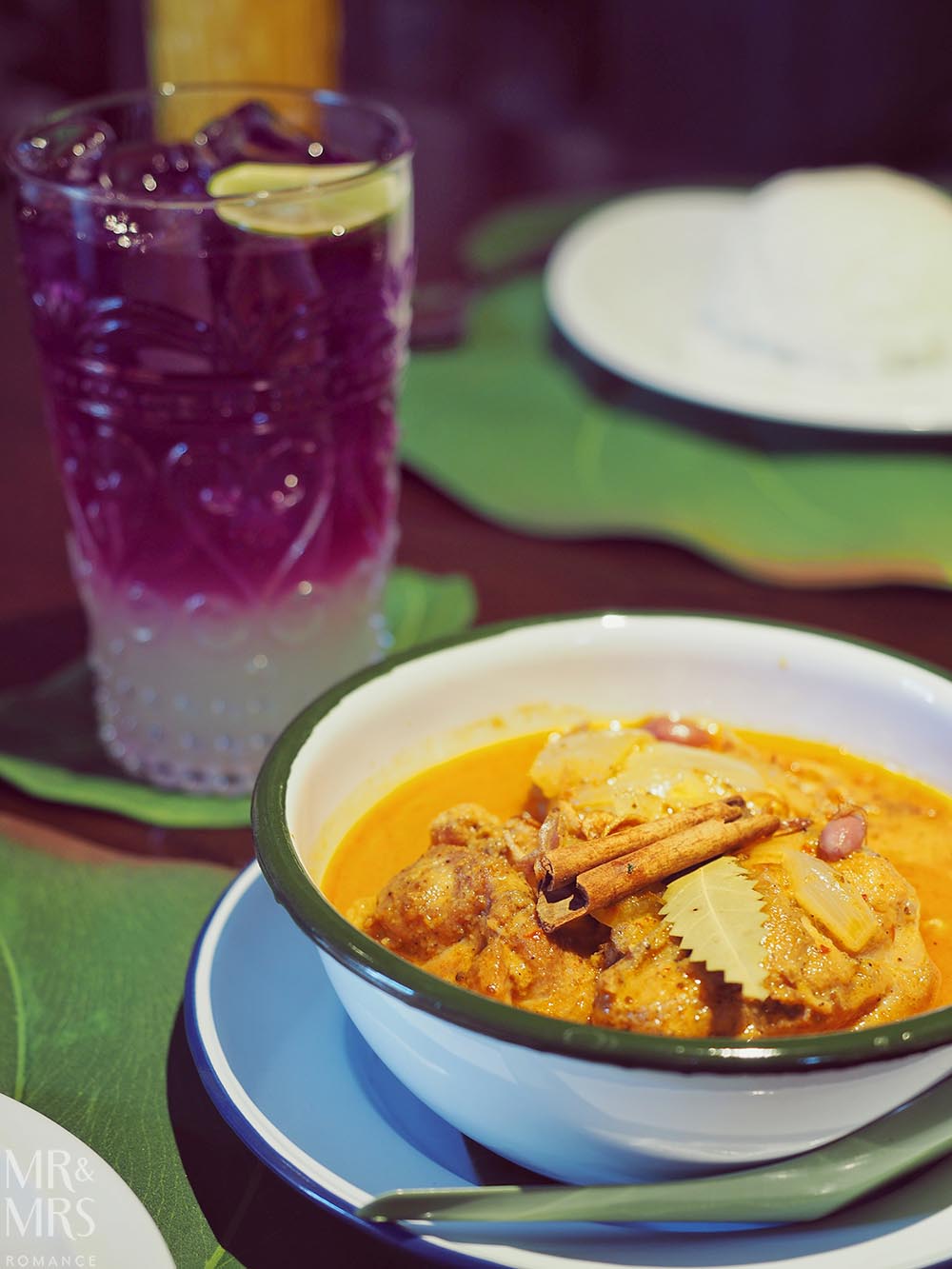 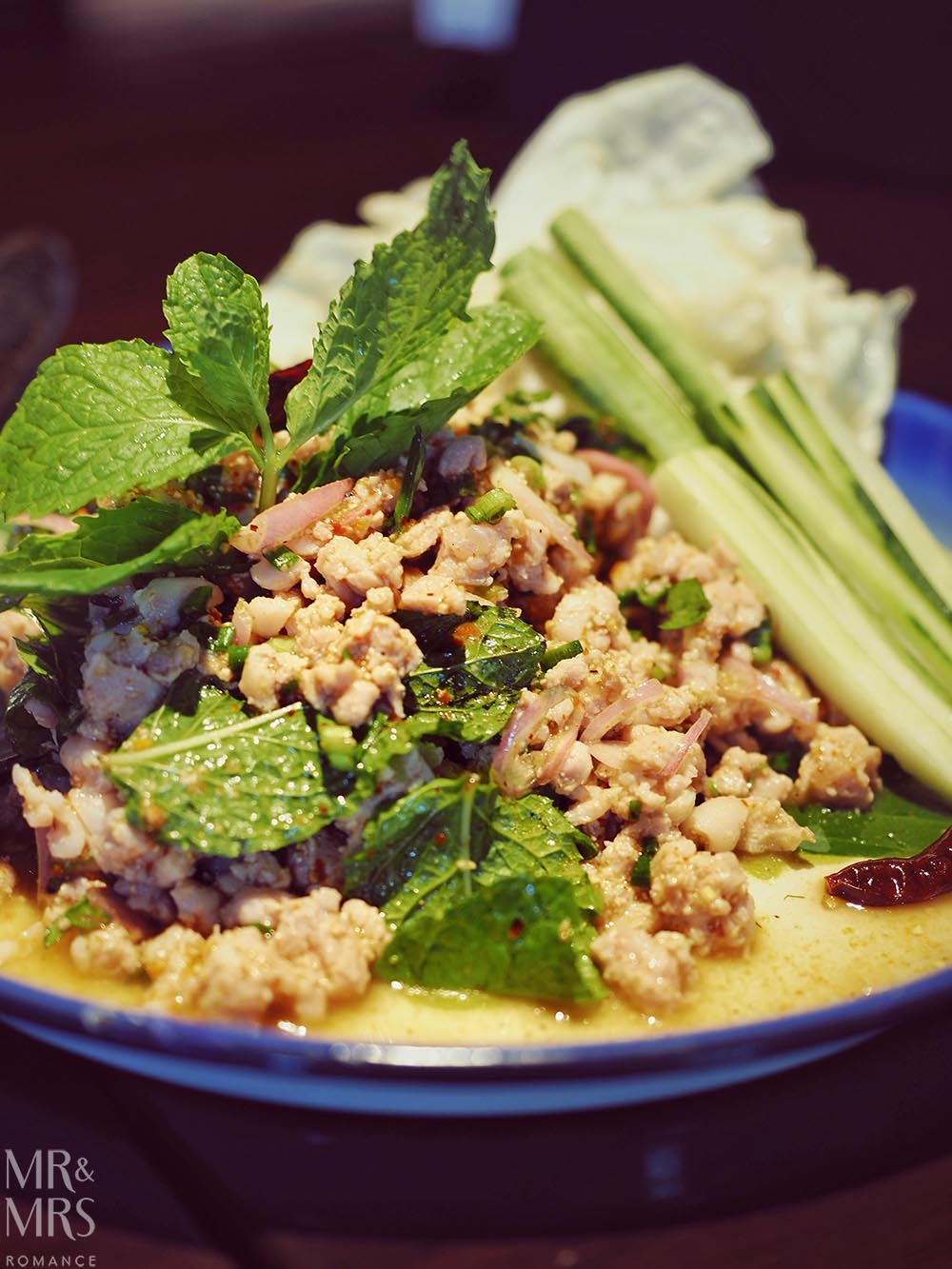 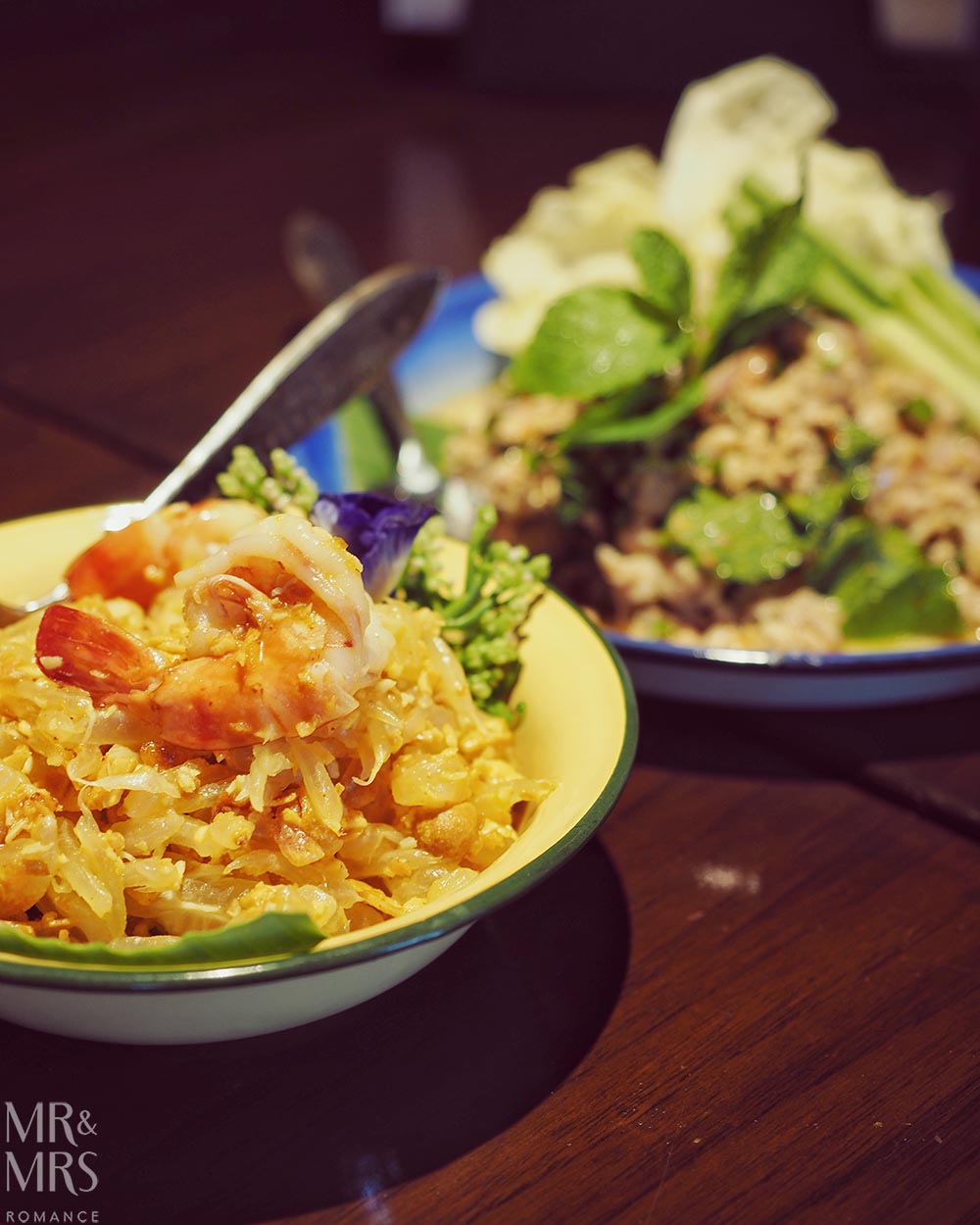 What is Jim Thompson’s story?

Trained as an architect, it seemed a bit out of place for Jim Thompson to enlist in the armed forces. But his background as an Olympian – he represented the USA sailing team in the 1928 Amsterdam Olympics – suggests a more active, able and adventurous man.

During his tenure in the National Guard during WWII, Thompson was recruited to join the Office of Strategic Services (OSS) – the forerunner to the CIA. He travelled extensively as a spy and liberator, and finally found his way to Thailand.

After becoming a civilian again, Thompson followed in his father’s footsteps, who had been a wealthy textile manufacturer, and put his money into an all but forgotten silk industry and brought it back to life. 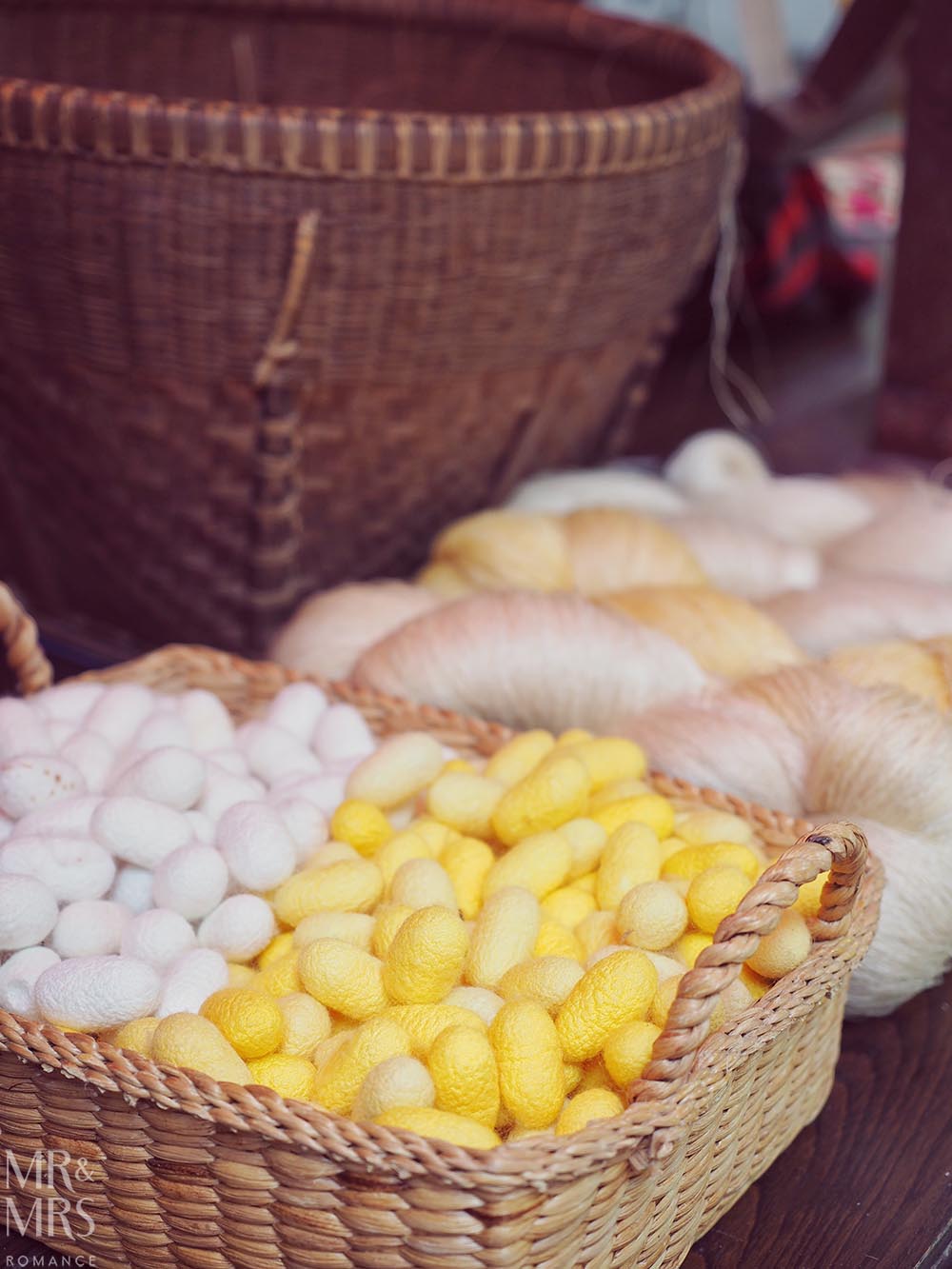 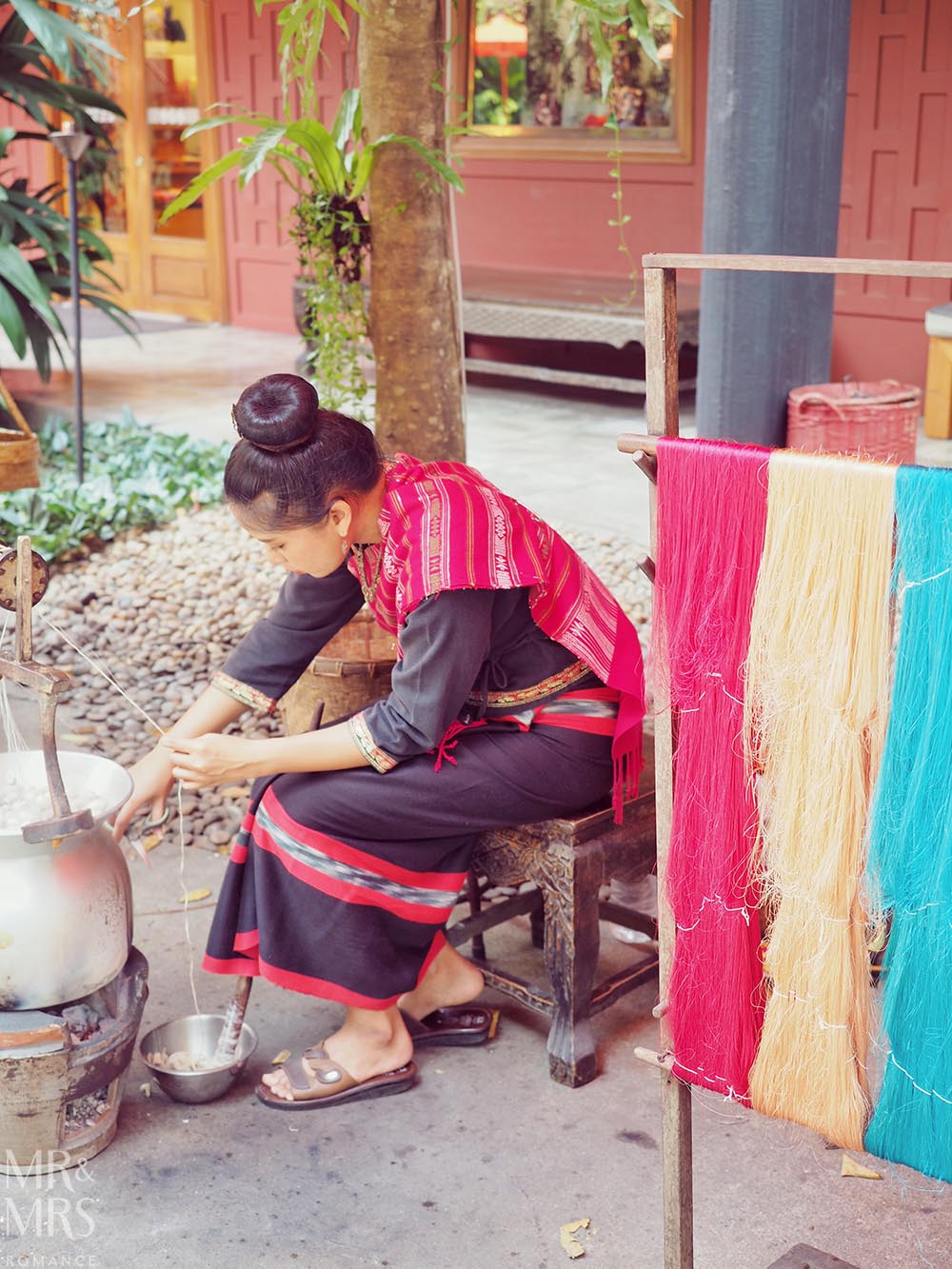 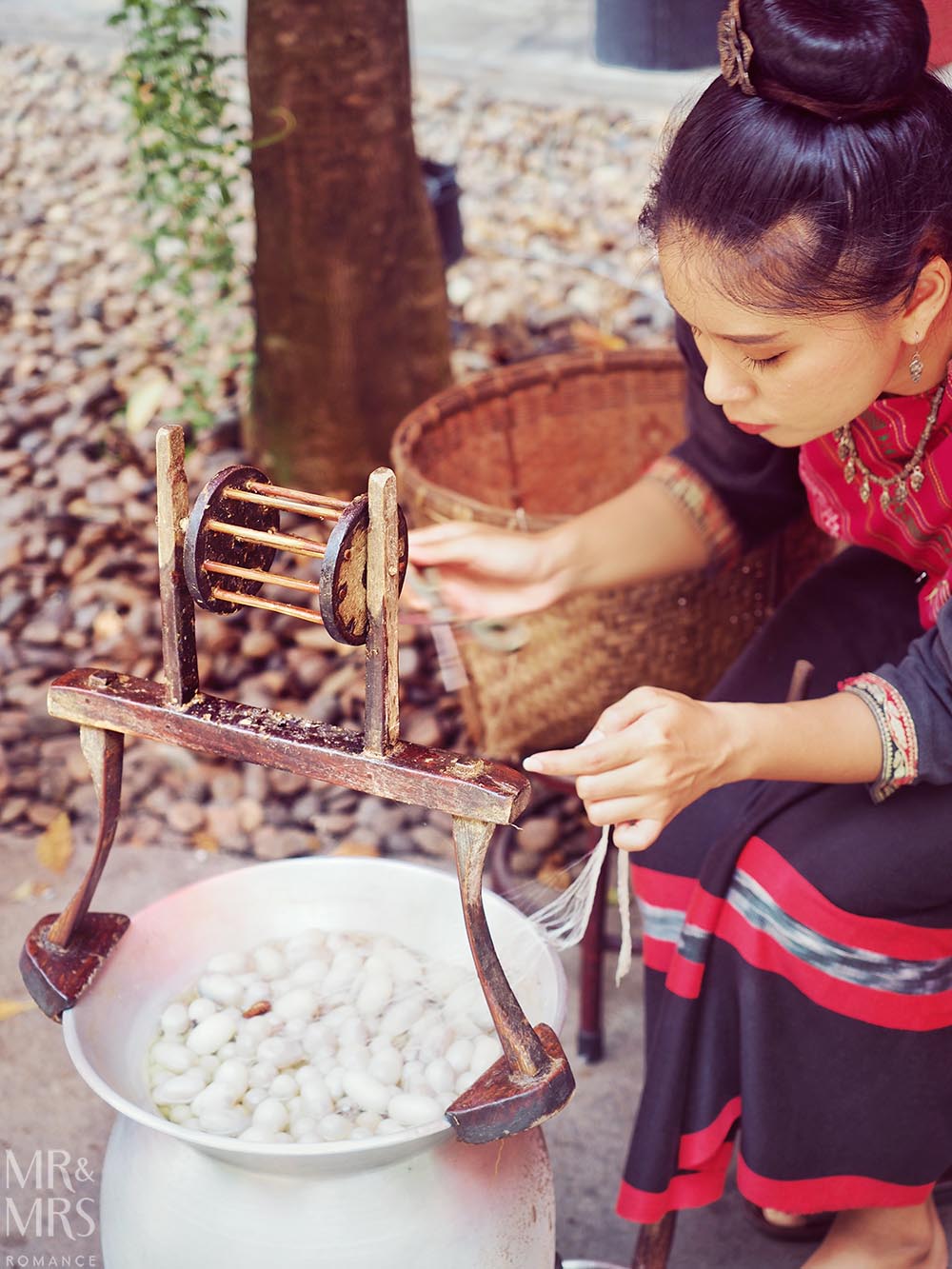 He found the best silk was made in Ban Khrua and set up his business on the banks of Bangkok’s Khlong Saen Saep canal.

King Rama III had built the canal in 1837 to transport troops and weapons. It stretched 72km to Thailand’s east in the wars over Cambodia between then-Siam and Annam (modern-day Vietnam).

But some 110 years later, Jim Thompson put the waterway to his own – more artistic, industrial – purposes.

He used it to transport silk.

Thompson’s silk business employed local crafts people who had been spinning and weaving silk for generations. His business allowed these artisans to continue their cottage industry and maintain their households at the same time.

It might not have been the most cost-effective method, but it endeared Thompson to the locals.

This same silk is sold in the Jim Thompson House shop on the museum grounds. 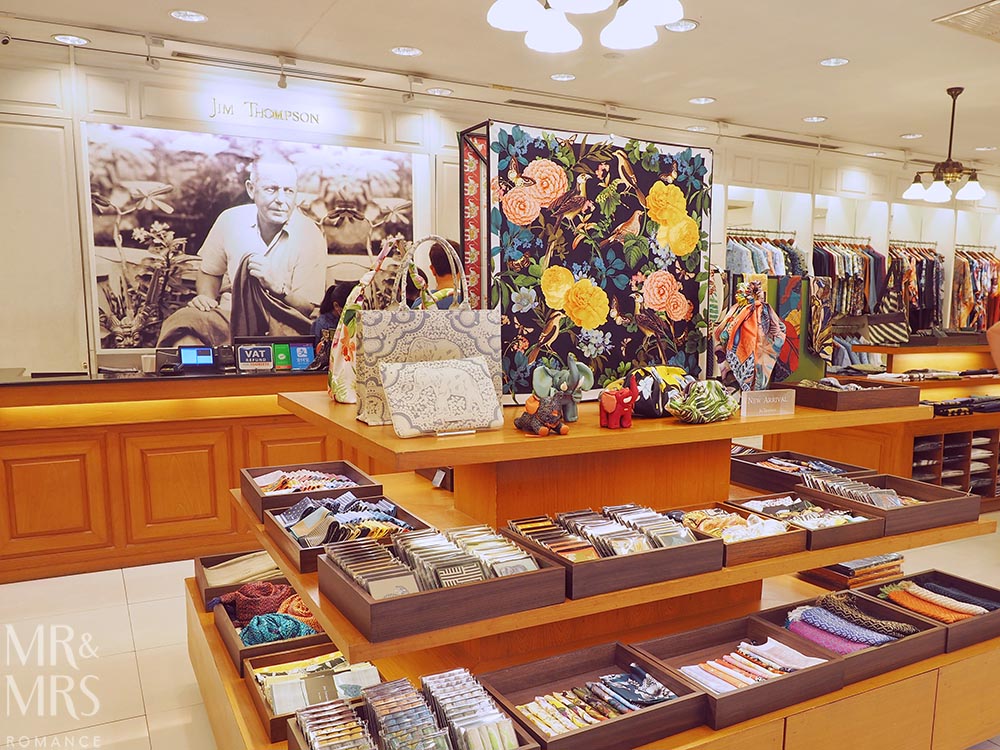 For years, his silk business didn’t do much, but then an old contact came into play.

While still in the OSS, he had been stationed in the American embassy in Thailand with US missionary Kenneth Landon, working to diffuse tension on Thailand’s borders. Landon’s wife Margaret wrote the book Anna and the King of Siam, which then became the Broadway hit The King and I.

The actors were all clothed in Jim Thompson’s silk, and his empire finally found a footing. It was an empire that brought Thompson success, wealth and notoriety. And it brought Thailand’s once most valuable commodity back to life. 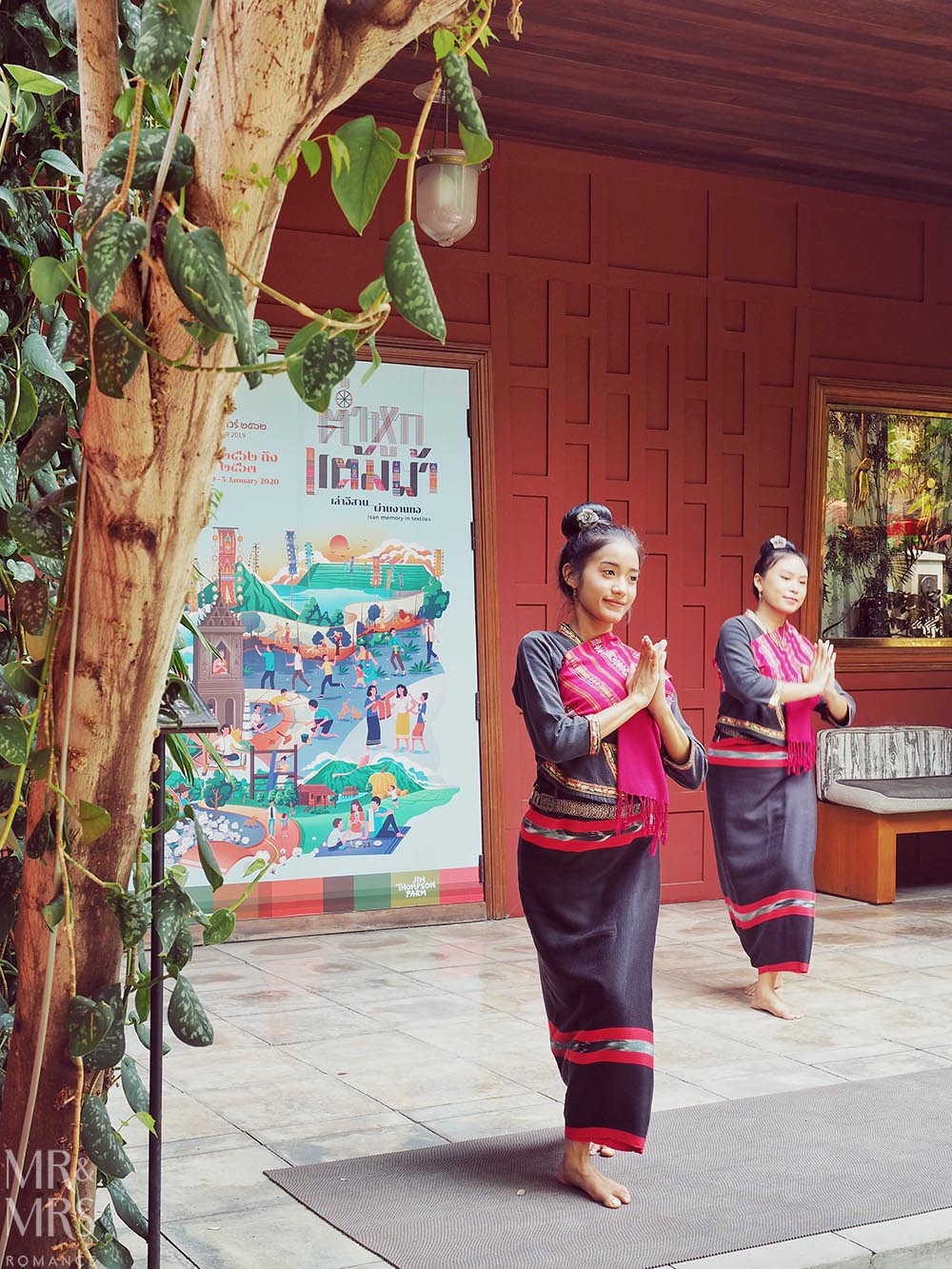 What happened to the man who did so much for the region, no one really knows… or if they do, they’re not telling.

While visiting friends in Malaysia, Thompson vanished without a trace on the evening of Sunday March 26 1967. Extensive searches have been carried out over the years, but to no conclusion.

The mystery seems to add even more of a halo of enigma to this unique individual who saved Thailand’s silk trade from extinction. Because of this – and perhaps because he insisted on maintaining the heritage of the local craftspeople instead of using factories – Jim Thompson is a figure revered by his adopted nation. 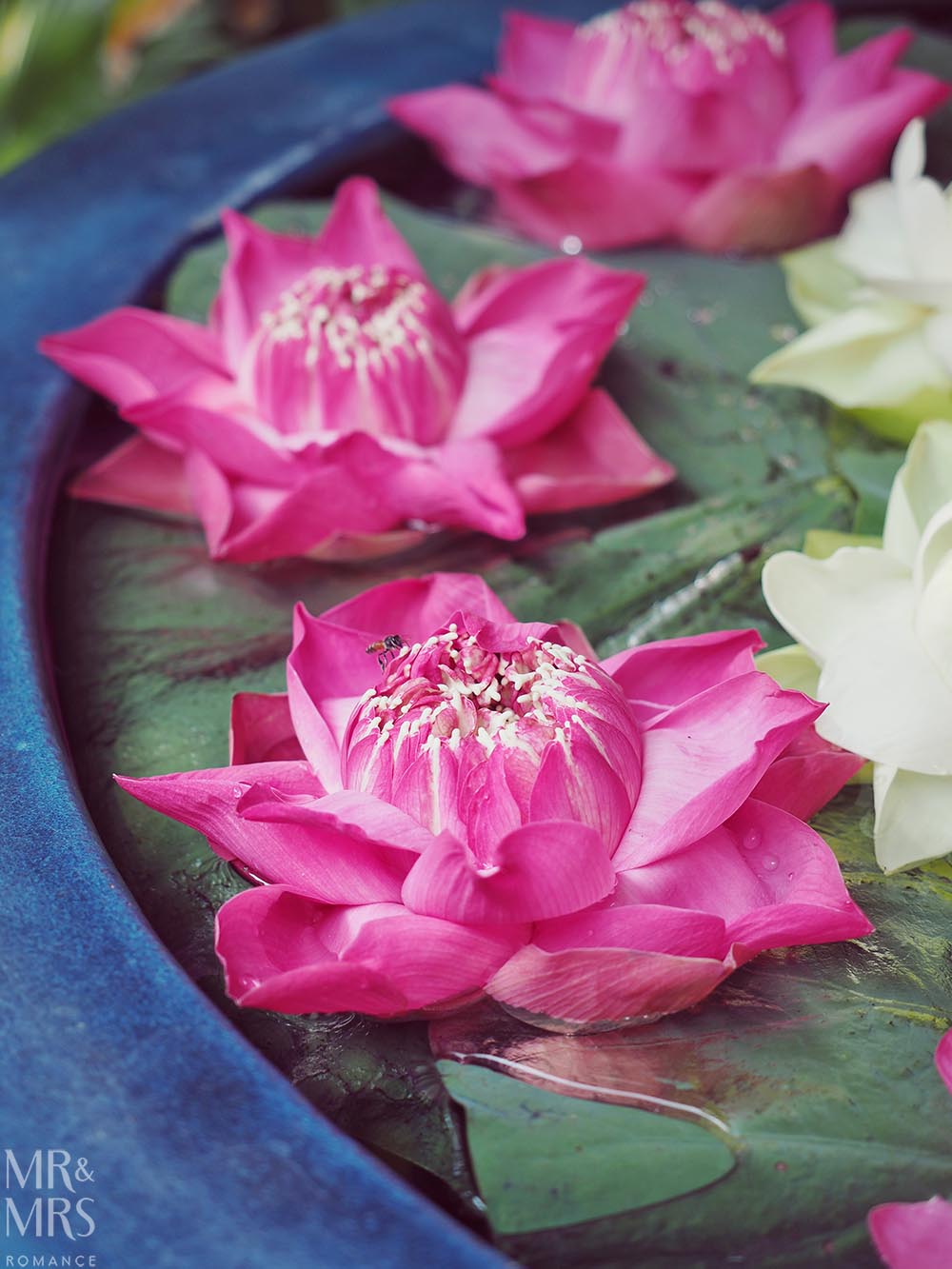 How to get to the Jim Thompson House

You can arrive either by road or by canal to the house. It’s in central Bangkok, so it’s quite well connected. The BTS Silom Line will get you close – the National Stadium stop is nearby.

But a ferry to Baan Krua Nua will bring you a five-minute walk away and you get to enjoy the canals that give Bangkok its moniker of Venice of the East.

Otherwise taxis all know this place.

The closest hotel to the Jim Thompson House is the excellent Hua Chang Heritage Hotel – only a four-minute walk along the canal. You can see our full review and video of the Hua Chang here.

The Jim Thompson House is an important part of Thailand’s history, a beautiful place to visit and a valuable, fascinating part of this unfathomable city’s makeup. 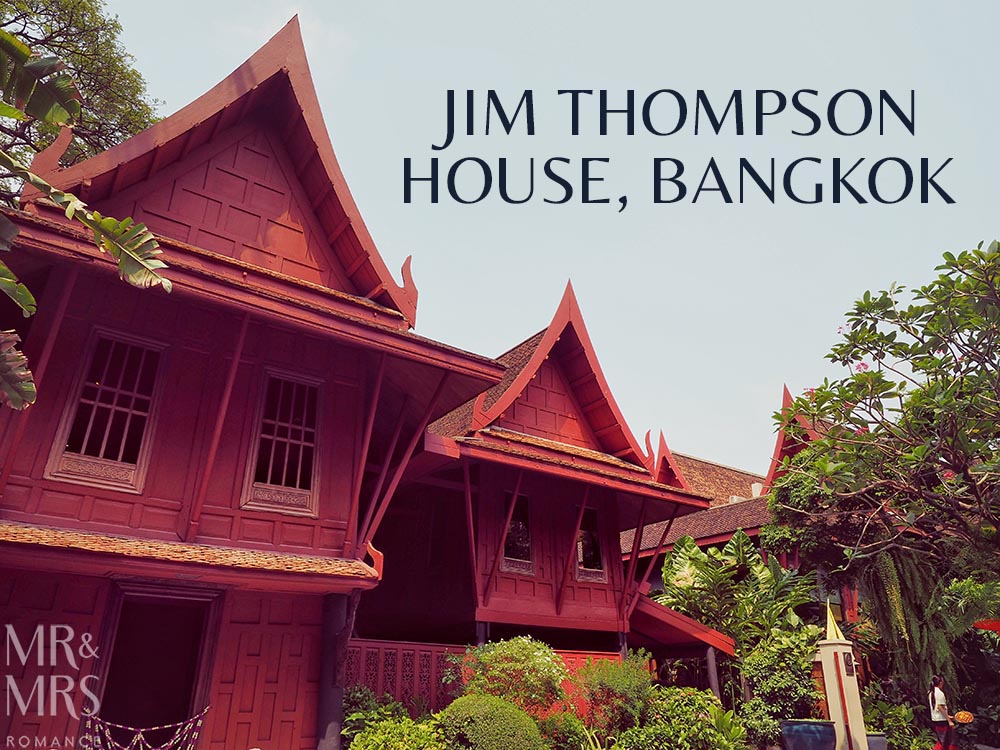 We visited the Jim Thompson House as media with Tourism Authority Thailand.

LA. City of Angels. The Big Orange. Finding a great watering hole in any city can be tricky, but in LA it’s even harder….