Is Cuba safe? is one of the first things people ask us about Cuba. Yes, I think it is safe, but as with most places, people need to be aware of locals trying to wheedle a bit of money out of you. Here are 7 street scams to look out for we’ve experienced or heard of happening in Cuba. 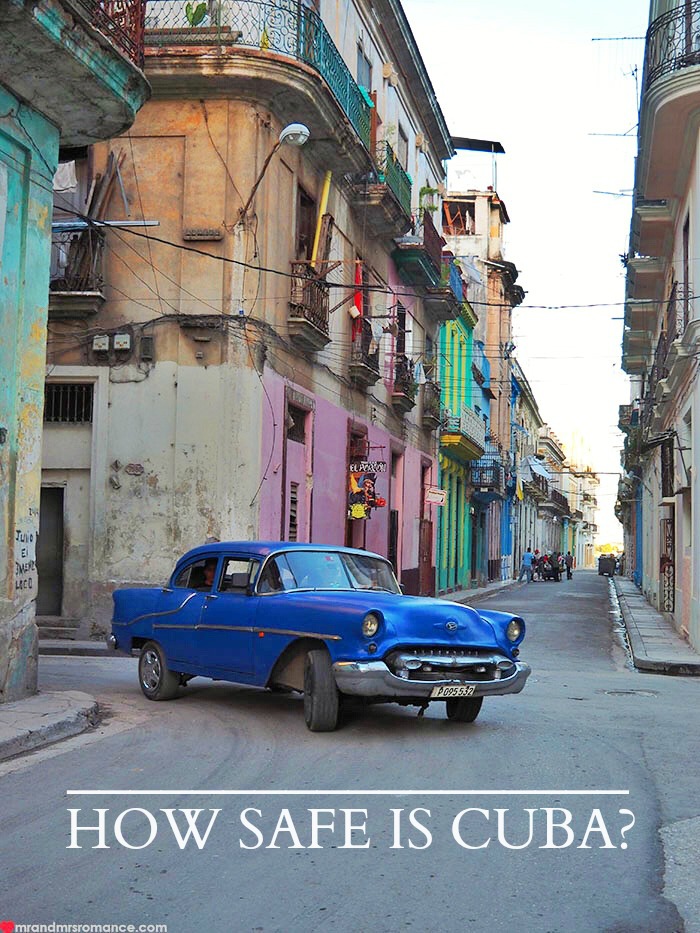 For a country surrounded by controversy and reclusiveness, Cuba should be more dangerous than it really is. But with the friendliest capital city we’ve visited and some of the warmest people we’ve met travelling, Cuba is an hola nation where even its scam artists mean no real harm.

Things have changed a lot since 2014 and Obama’s reforms. Check out what the travel experts say about Cuba now.

The people here are incredibly friendly – to the point where the most dangerous thing you can do is stop walking for too long.

It’s dangerous – not because of crime or threats – but because someone will stop and talk to you. And then you’ll lose an hour of your holiday chatting to a local. It doesn’t matter if you speak Spanish or not. They’ll just chat away! 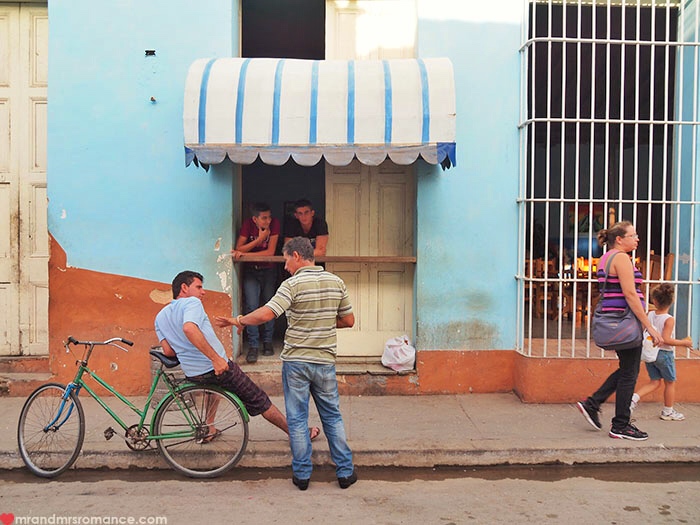 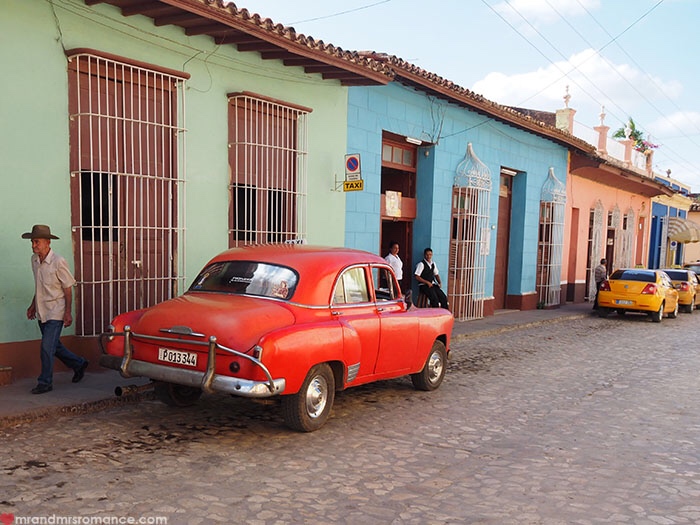 Walking through the streets of Havana, you’ll be approached by young guys full of smiles and friendly chit-chat (“Where are you from? Ah, Australia! Kangaroo!”) they’ll walk with you down the street offering to show you one of these three most common scams:

It’s true, the Buena Vista Social Club is in Havana, and apparently one or two of the original musicians still play there occasionally, but is it any good?

After turning down a couple of touts, we went round the block to see what was going on.

Rather than the big musical extravaganza we were told it was, the Buena Vista Social Club turned out to be just another little bar with not much going on at the time. Perhaps it got a bit livelier later.

Update: For more information on what this scam’s all about, what you should be wary of and what to avoid, see Cara’s advice in the comments at the bottom of this post. Thank you, Cara!

Salsa dancing really is a way of life in Cuba. The music is everywhere, and every single man, woman and child can salsa like a demon. But a festival? No, I doubt it.

Perhaps a dance party where you have to pay a cover at the door, or an impromptu salsa class in the street, but a festival? Very unlikely.

For tonight only, the great Tobacco Festival of Havana is going on just round the next corner. This in itself is amazing – the first day we’re here and it’s the only night of the year that this festival happens? What timing.

Even more amazing is that this once-a-year event is publicised by a different guy in a different part of town the following night.

There’s no such thing as a cheap, proper Cuban cigar. This is because the industry is government-regulated.

If you’re looking to buy a good Cuban cigar, don’t expect them to be too cheap. The ones being sold on the street won’t be authentic or any good. There are government-sanctioned shops in towns selling proper Cuban cigars, which will be authentic but more expensive. It’s the way it goes.

They’ll be cheaper than you’ll find them back home, but they’re not as cheap as the ones you’ll find from people hawking on the streets.

I did buy some cigars from a tobacco farmer in Viñales. I watched him roll them, so I know they’re not from a proper factory, but they smoke beautifully.

They’re the cheapest and ugliest cigars I’ve ever bought.

If you want to know more about it, here’s our post on what to look for in a good cigar. 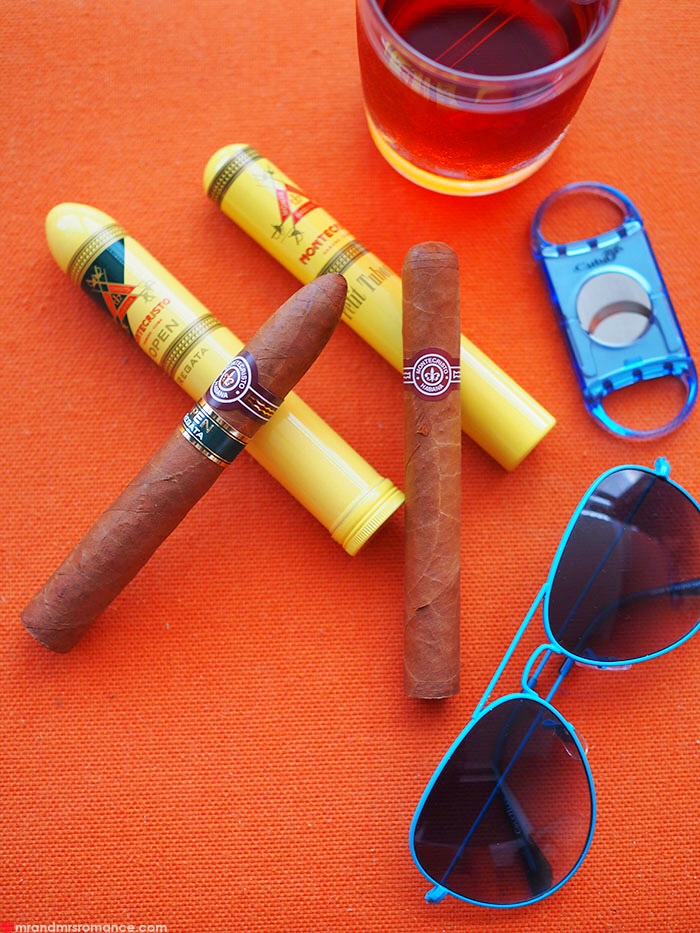 This is a classic scam but somehow this couple pulled it off in a friendly, believable way. And they didn’t look derelict as with most people who have tried this on me in other countries in the past.

We were approached by friendly looking local couple. The guy’s carrying a baby in his arms (“ooh, she is so heavy and strong”) and soon hands the baby over to his wife.

He asks where we’re from (“Ah, Australia! Kangaroo!”) and then comes out with “We were just at the beach and have lost our wallet. Can you spare some CUCs for a bus or a taxi?”

Sounds real enough, but then you hear them pull exactly the same lines with the next tourists – even down to how heavy the baby is.

Another scam where people involve their babies happened to friends of ours. A local with baby was asking for help to feed her infant – she as only asking for powdered milk.

She took them into the shop and grabbed a lot of powdered milk – so much so the bill came to $26.75!

They have a feeling the shop keeper was probably in on it too. 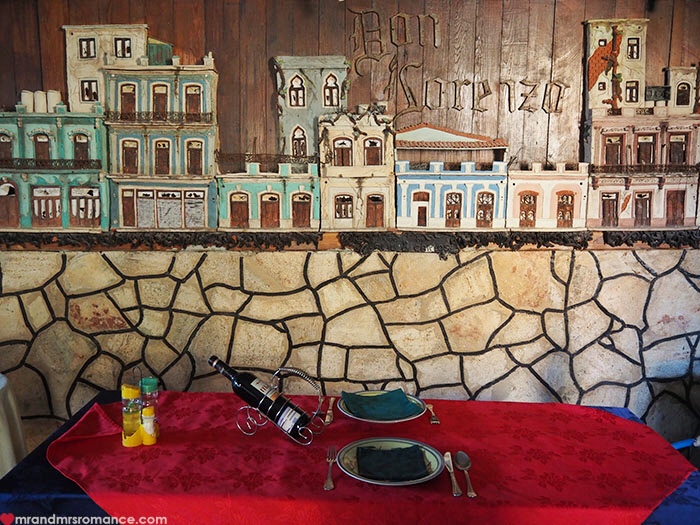 We’re not sure if this was a real scam or not, but when we asked for a recommendation from our hosts in the casa we were staying in in Havana, the lady didn’t just tell us where to go, she escorted us there!

It’s a good restaurant and the food’s amazing, but it’s incredibly expensive and was completely empty apart from us. We thought it was a bit strange, but then a couple of other people told us they’d had the same experience.

Currently Cuba has two currencies: the CUC (a convertible peso aligned with the US dollar 1:1) and the Cuban peso (CUP), with a value of about 20 CUP to USD/CUC. The tourists use CUCs, the locals use the CUPs and you’ll see dual pricing.

When you buy something with your CUCs, make sure your change is in CUCs not CUPs. They look completely different so just keep your eye out.

This never happened to us and I’d say it’s not that common, but we have heard it go on.

As and when trade starts to happen between the USA and Cuba, the CUC will disappear and the CUP will be standard. 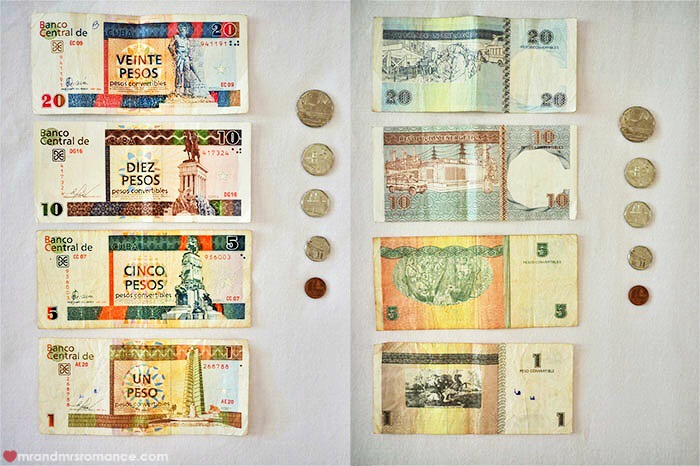 The lovely thing about these scamsters and touts is when you say no – or in our case, ‘thanks but we’re not going that way, we’re going this way’, there’s no problem.

There’s no hard sell, no is no and they wave cheerily and say goodbye. No problem.

And if you’re not sure if it’s a scam, follow the old adage ‘if it sounds too good to be true, it probably is.’

On the other hand, it might just be amazing.

Have you ever been scammed whilst on holiday or travelling? What are your top tips for savvy travel? What do you say to would-be scam artists? Tell us in the comments! 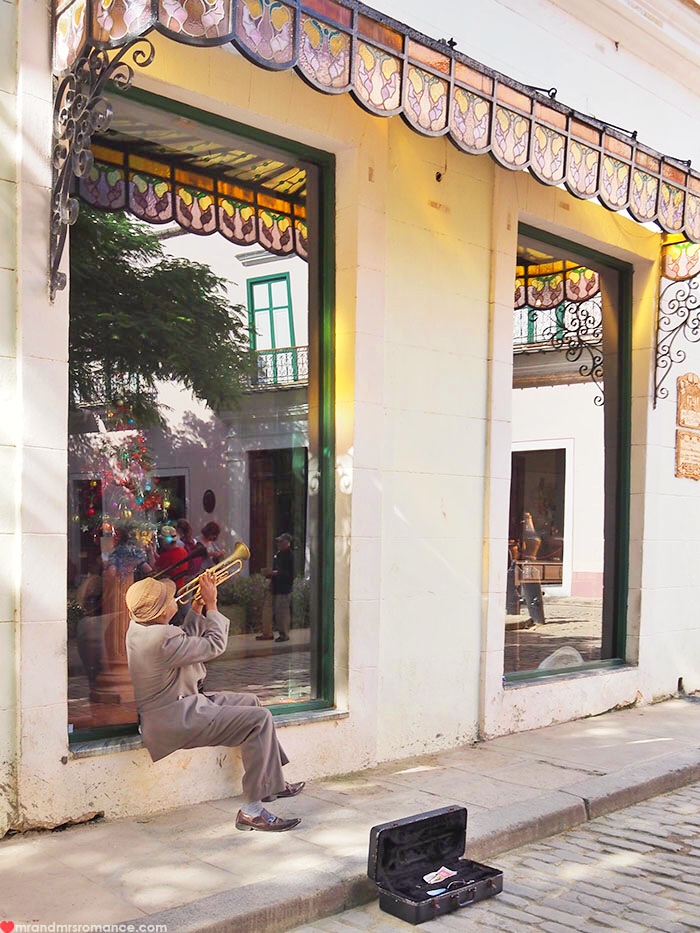 **It’s important to realise that for the most part, the people of Cuba are very poor. In spite of the state-run health care, education and housing programmes, the people have very little money.

We were not in Cuba for poverty tourism and made sure that – as often as possible – our money went to local people and business.

The scams we’ve mentioned are examples of people desperate for money. They’re not bad people or criminals and we don’t hold any bad feelings towards them. At the same time, we feel a responsibility to share information we have about Cuba to help people have a better time in one of our favourite places in the world.**