With its tropical weather, Hawaii-like shores and unique culture, Okinawa offers the perfect mix of island time and Japanese sophistication. But how do you get there? 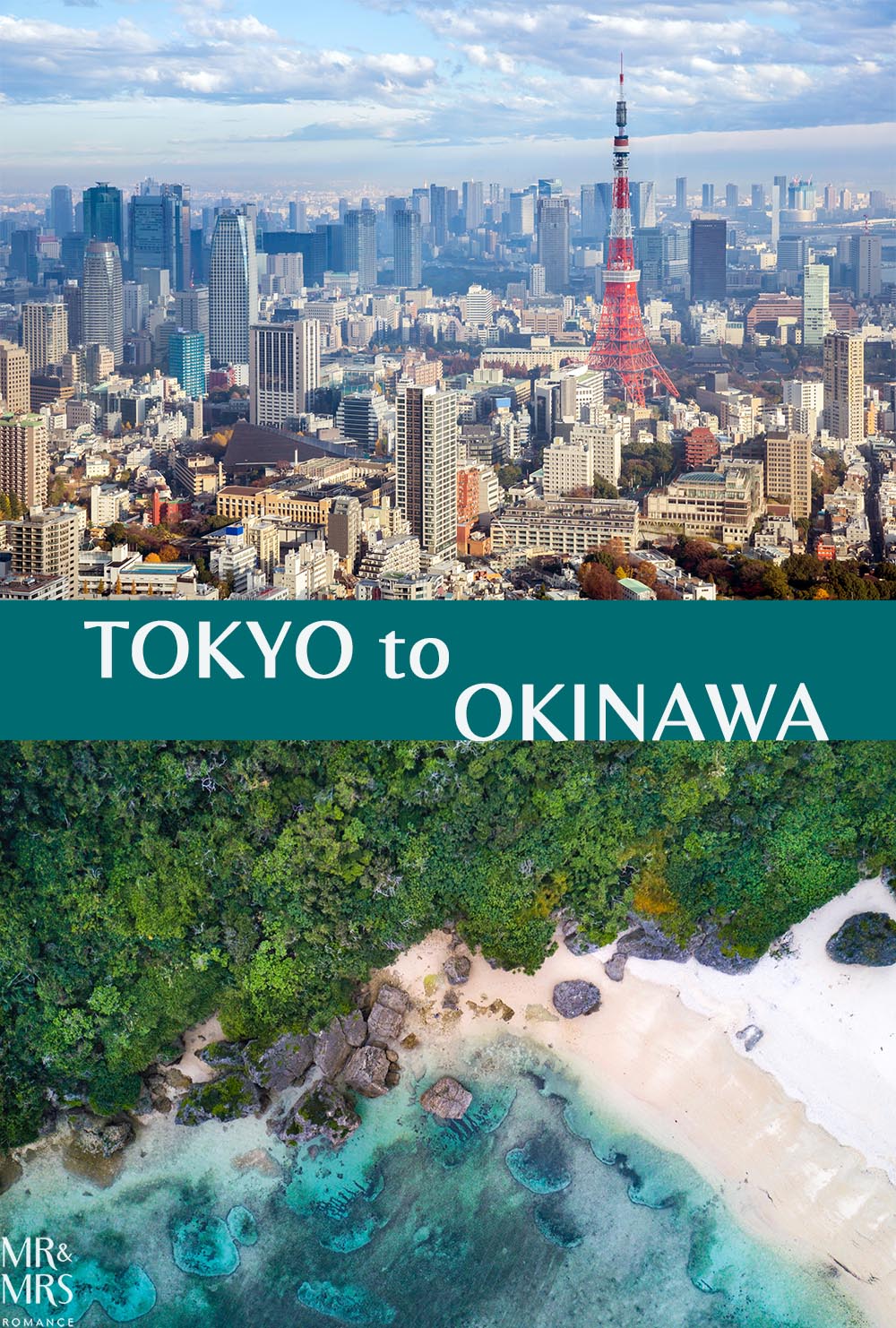 Okinawa is Japan’s most southerly prefecture. Its string-of-pearl archipelago reaches almost within sight of the shores of Taiwan. And its ancient culture makes it as different as it is far from its mainland kin.

We love the fascinating blend of Ryokyu (Okinawa’s original name) and the wider Japanese cultures you find in here. It one of the many things that make Okinawa a wonderful travel destination.

However, getting to Okinawa isn’t necessarily the easiest thing in the world. Here are our tips for navigating your way to Okinawa and making the most of your trip to the Land of the Rising Sun.

How to get to Okinawa and why it’s worth the effort:

Flights to Japan – especially Tokyo – are becoming ever-more frequent and affordable. But flying directly to Okinawa isn’t always that easy.

But if you’re coming from anywhere else in the world, you’ll have to get a connecting flight south. The good news (if you’re flying from Tokyo) is there’s a chance you’ll see Mount Fuji from your plane window! 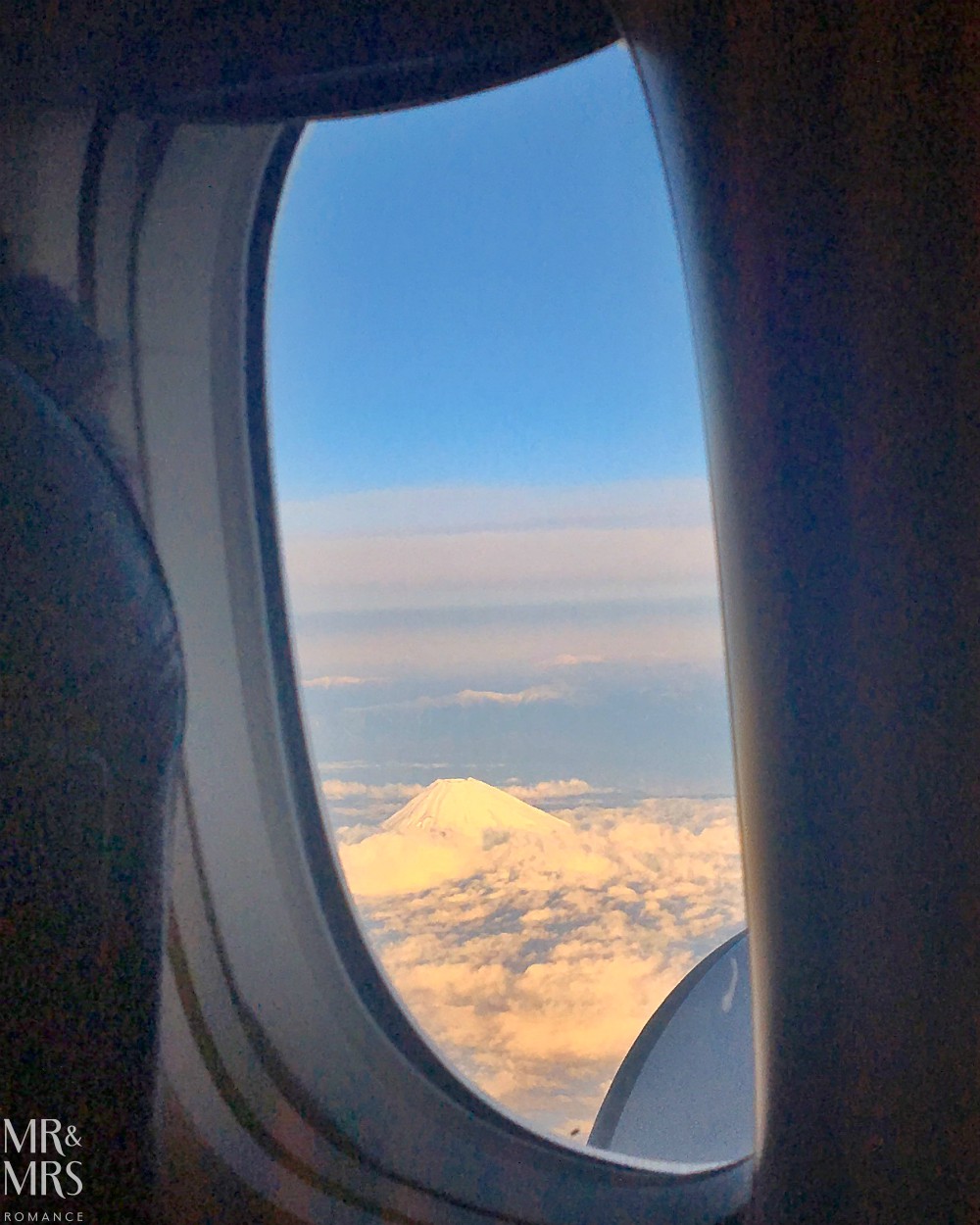 But here’s the problem.

There are two main airports in Tokyo – Narita International and Tokyo-Haneda International – and not all airlines use the same airport for Tokyo arrivals and Okinawa departures.

JAL for example has international flights arriving into Narita, but its connecting flights to Okinawa fly from Haneda. And it can be a 2-hour trip between airports.

Triple-check your connecting flights and flight times to make sure you know which airport you need to be in and that there’s enough time between flights if you have to reach the other airport.

If you want to make things super easy after a long flight, you can organise a concierge meet-and-greet to find you at arrivals and help you to your next flight or wherever you want to go.

Click here to go to the JR Pass site where you can book this arrivals angel.

How to get from Narita Airport to Haneda Airport

As you’d expect with Japan’s biggest city, there is a multitude of ways to travel between Narita Airport and Haneda Airport.

The best option we found, which was affordable, convenient, quick and simple, was to book seats on the Narita Limousine Bus. You can book seats in advance or simply pay when you get there.

This direct coach service takes between 60-90 minutes (depending on traffic) and costs around $30pp each way.

Uber/Taxis are another option, but they’re not cheap in Japan. In fact, a study on taxis around the world names Tokyo as the most expensive.

Trains leave Narita for the city very regularly and are affordable. However, to get to Haneda, you’ll have to change trains – possibly more than once. Not ideal when you’re lugging bags around.

If you’re planning on getting more use out of the honestly amazing train network throughout Japan, it’s really worth looking into getting a JR Pass.

You can save a lot of time and money with a National Pass – here’s a link to buy yours before you go.

Making the most of your Tokyo time 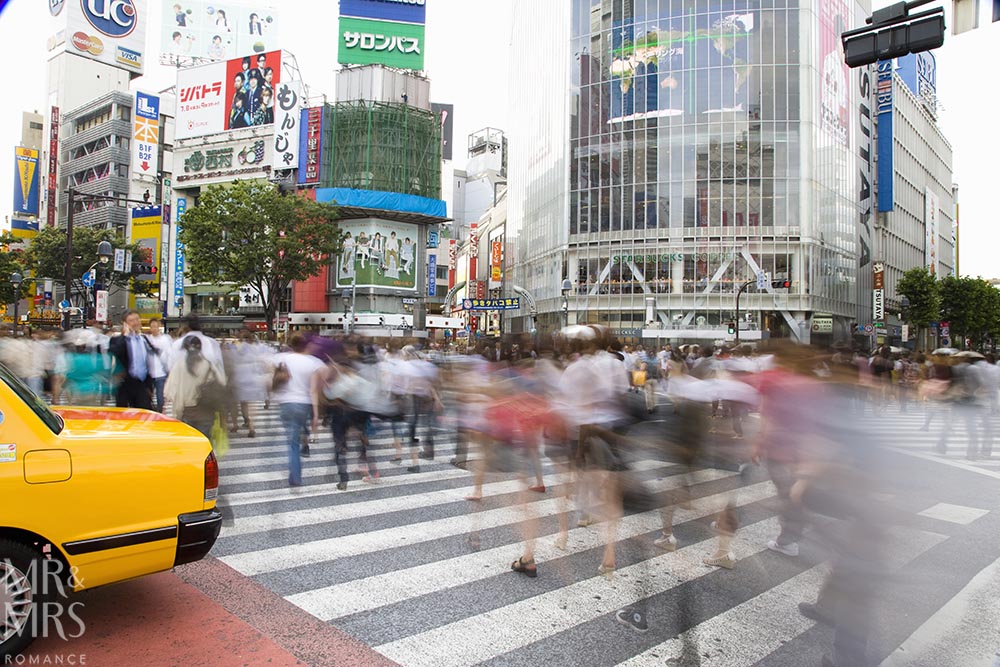 When we first arrived in Tokyo, we flew into Narita, but booked a night in a hotel near Haneda airport so we wouldn’t have to rush for our Okinawa flight the next day.

We took the Narita Limousine Bus to Haneda, checked in then hopped on a train into the city.

The Kelkyu-Kuku train goes from Haneda Airport to Higashi-Ginza Station in about 35 minutes and costs around $7 per person each way, then it’s about a 10-minute walk to the centre of Ginza and the heart of Tokyo’s shopping and cocktail bar district.

Alternatively, you can take a taxi, which is obviously much quicker.

How to take a taxi in Japan 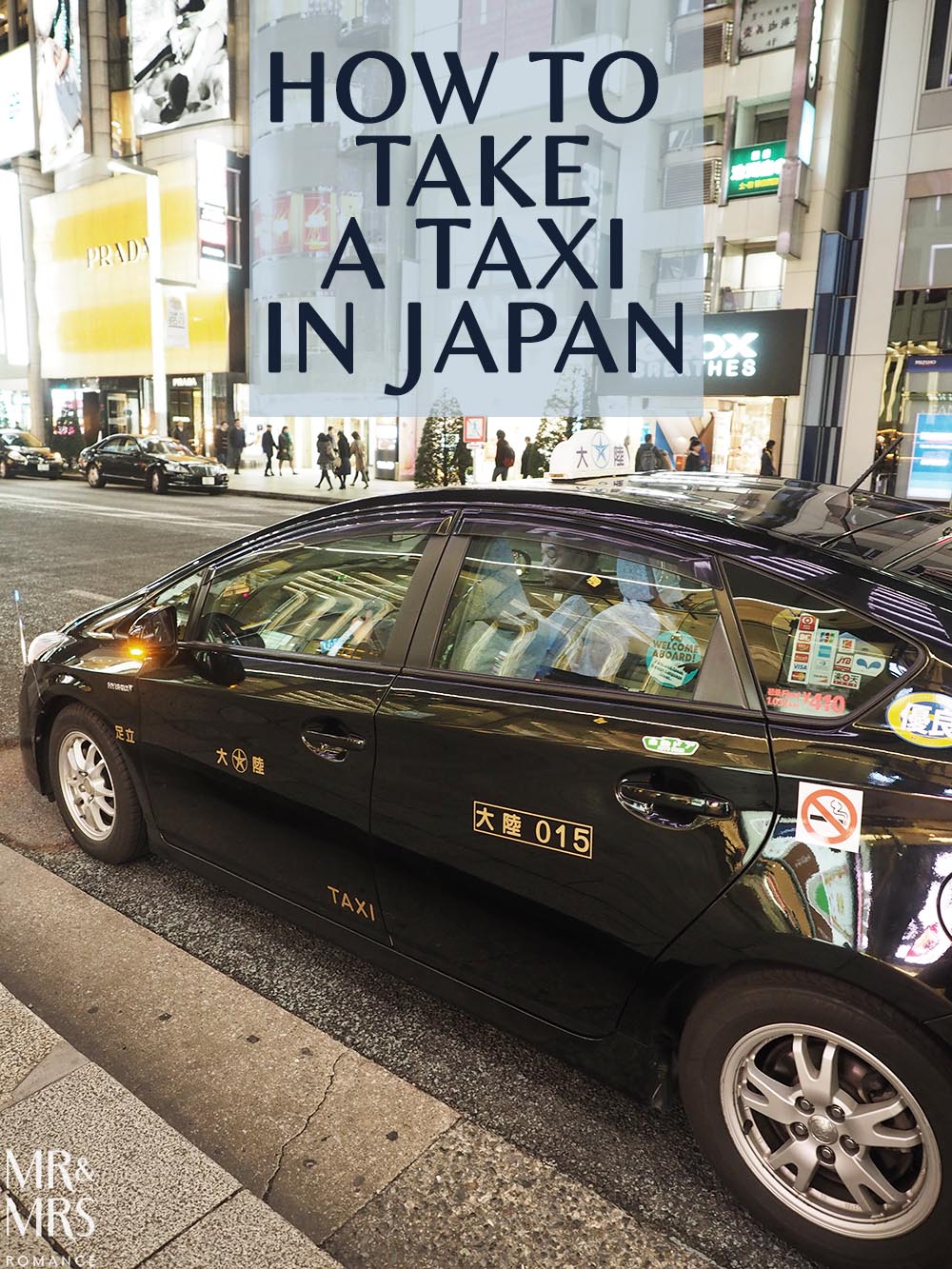 While I’m on the subject, taking taxis in Tokyo is quite an experience. The cars themselves look quite boxy and old, but they are in fact quite modern.

But there’s a process to using taxis here.

Of course, an easier way round it is to book an Uber. 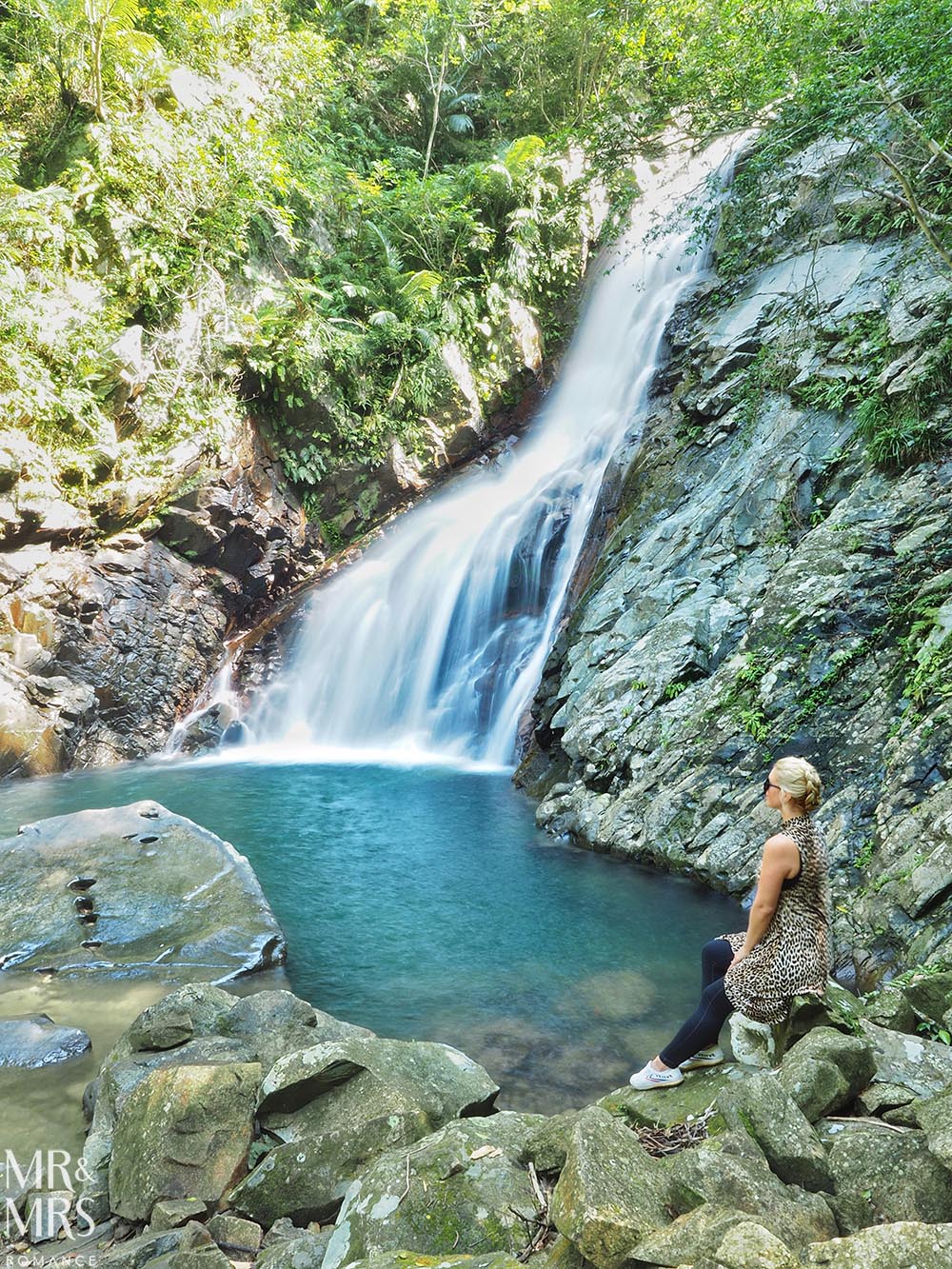 Unlike Tokyo, public transport in Okinawa isn’t great, but like Tokyo, taxis here are just as pricy. So if you want to get around easily, you’ll need to hire a car. It’s not too expensive and the rental companies will meet you at the airport to take you to the offices.

Driving in Japan – especially Okinawa – is easy and fun, though the GPS system they have there is quite strange. You often need a ‘map reference number’ to locate a place, but the people at desk of your car hire company should be able to explain it.

Here’s our story on how to hire a car in Japan and what to expect.

Okinawa is home to much of Japan’s military defence. It’s also home to a large and controversial contingent of USA military. Because of this, Okinawa’s Naha Airport hosts lots of fighter jets.

Keep your eyes peeled for them taking off and landing while you’re at the airport. It’s quite something to see.

If you’re looking for more of our stories in Japan, click here.

And for other stories on Okinawa, check out:

15 things you have to eat in Okinawa
The heart of Okinawa: Power Spots and where to find them
Where to stay in Okinawa – Okuma Resort review 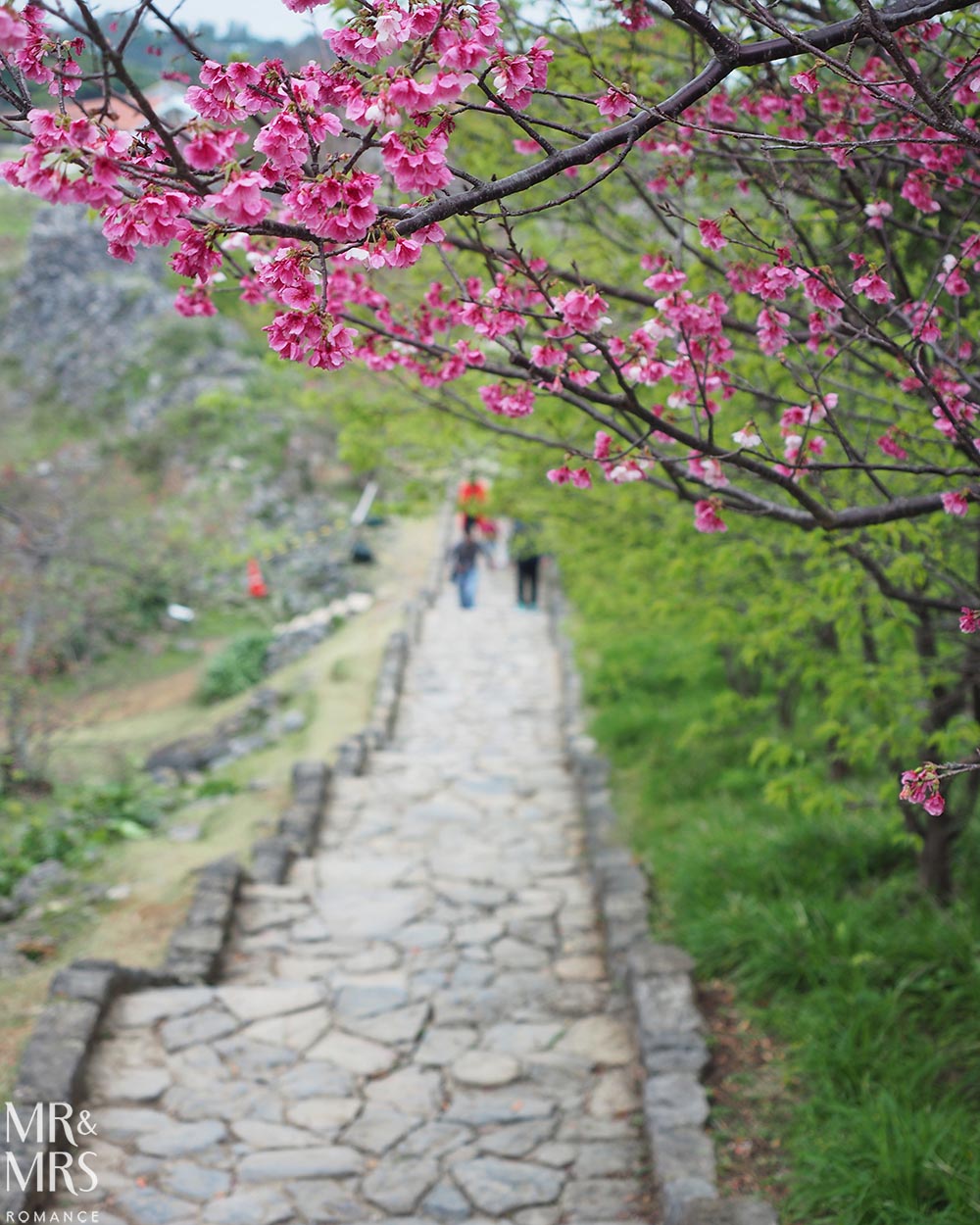 And that’s certainly true of Okinawa.

Hemingway was surely the first hipster. His was a lover of adventure, chivalry, and a non-mainstream life – and of course, later on, a…