Can you have a fear of small planes but on the other hand be ok with heights? Is there a logic to that? Is there a difference? Mrs Romance says there’s a very big difference, but how has she come to terms with her fear of flying? 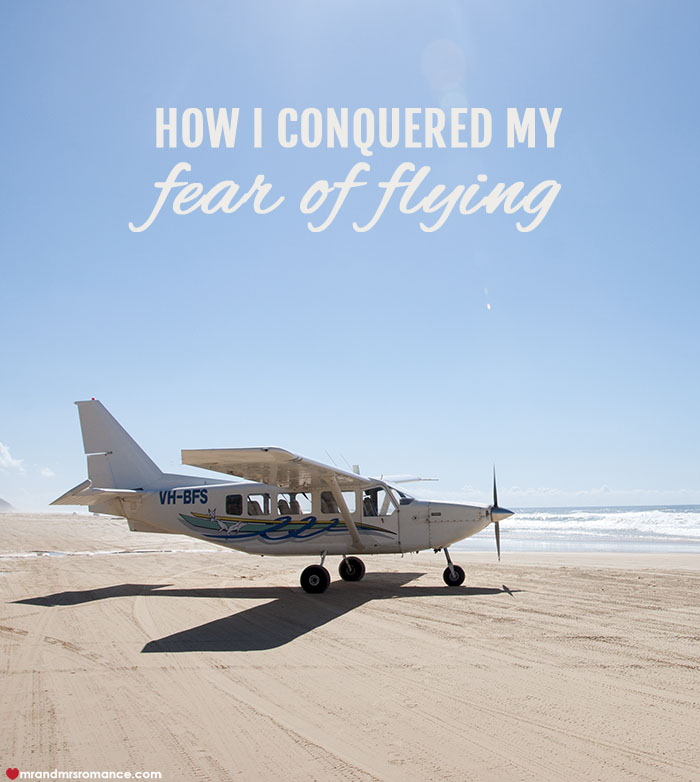 Mrs Romance is a nut for being up high. While in New York, we went up the Empire State Building. It’s a great view from up the top there, but Mrs R was totally distracted because she just wanted to go higher!

We were in London not so long ago too. We were in the Shard – currently the tallest building in Western Europe. Was she content with the views from the main viewing level?

Up we went straight away until the stairs ended and Mrs R was left glaring at the roped off steps leading up to probably just some control room for the air conditioning. She just can’t go high enough.

She loves flying too, but only big passenger aircraft. When it comes to small planes, forget about it.

“Coming from a big country where people fly all the time just to get around, you’re always hearing stories of small planes crashing,” she shudders. “They just fall out of the sky for no reason.

“I’d rather be in a helicopter… or walk.”

But she did go in a small plane recently. And it seems to have extinguished the voodoo a little. 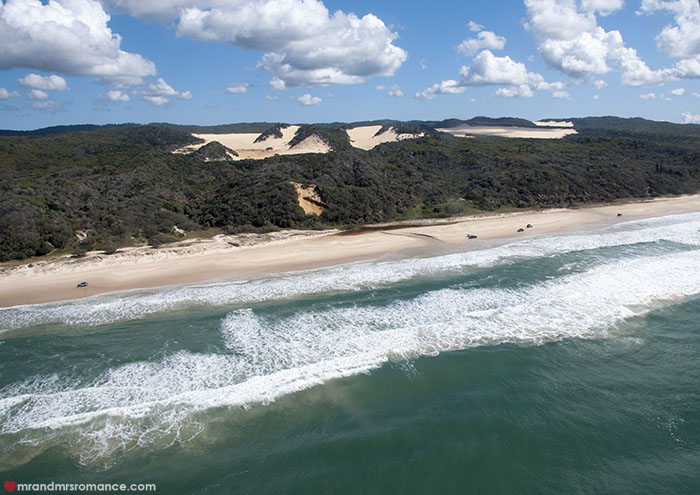 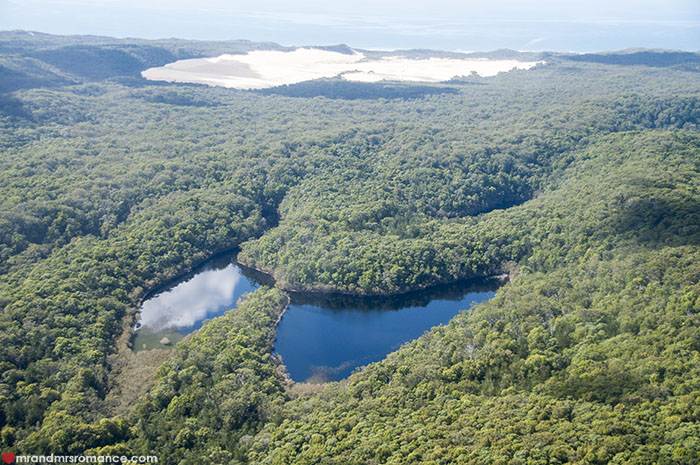 While on Fraser Island a few months back, we were given the opportunity to take a scenic flight over the island. Fraser’s a pretty special place – it’s the largest sand island in the world, it has about 120 freshwater lakes on it, wild dingos – even a rainforest.

It’s also the setting for one of only two places in the world that you can (legally) take off and land in a plane from the beach. The other one’s in Scotland and is reportedly the most dangerous airport in the UK.

This was enough to get Mrs Romance – and our travelling companion Alexx of AlexxStuart.com, who coincidentally also has a fear of small planes – up in the 12-seater GAB Airvan.

It helps to face your fears quickly, like ripping off a Band-Aid. That way you don’t have a chance to talk yourself out of it or get worked up.

“I knew that this was a once-in-a-lifetime opportunity, and not expensive so I could make that excuse. I got over my fear because my goal was more important to me. I have managed to avoid planes in the past but I didn’t want to have any regrets on this trip.

“Plus it all happened so quickly. Within a couple of minutes I went from the back of a tour bus to the front seat of a tiny plane – and then we were in the air. It was such a smooth takeoff, and that really helped my fears too.“

You read it right: Mrs R went from having a prohibitively strong phobia of small planes to sitting in the front seat of one.

Thankfully for all of us, her co-pilot instruction manual was very brief: “Don’t touch anything” the label on the controls read. 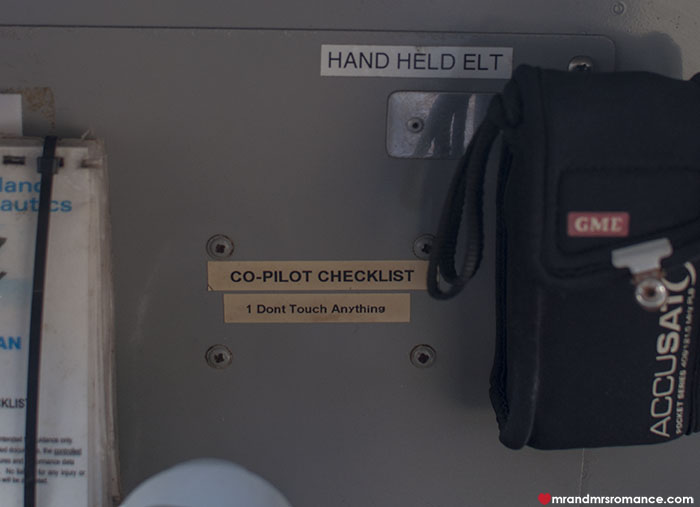 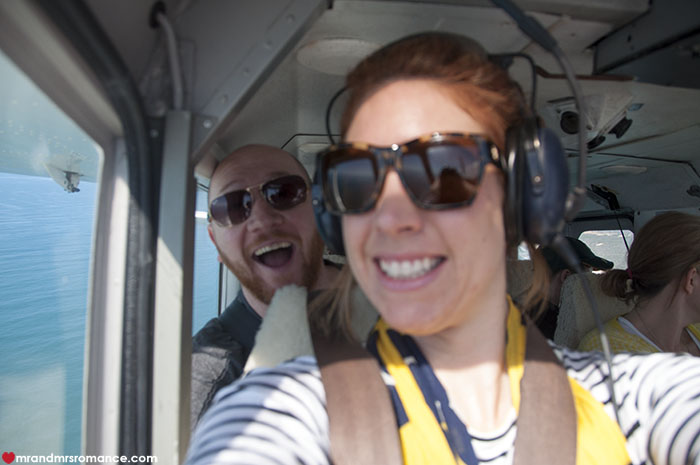 The flight was great; the pilot’s commentary as we flew over the island was interesting and entertaining, and the views… well, Mrs R’s photos can tell you that story.

“No. Weirdly, no. I’m still aware that they’re fragile, but before I’d have palpitations about getting in one. Now I’m not so bad.”

The company – Air Fraser Island – is run by a father-and-son team, charging $75 per person to take this unique 15-minute flight over and around the island.

Fraser Island flights leave from the 75 Mile Beach Road airstrip every day, weather conditions and demand permitting. Tickets can be bought at time of departure, but for bookings see the Air Fraser Island website. 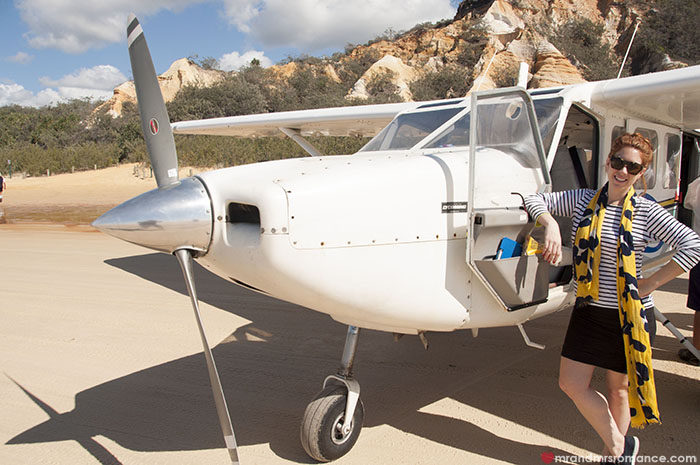 Do you have a fear or a phobia? Do you think Mrs Romance’s fear of small planes is warranted or irrational? Tell us in the comments!

On a busy corner of Brisbane’s West End, the doors of Brisbane Distillery open to the comforting dark of its long bar. And just…