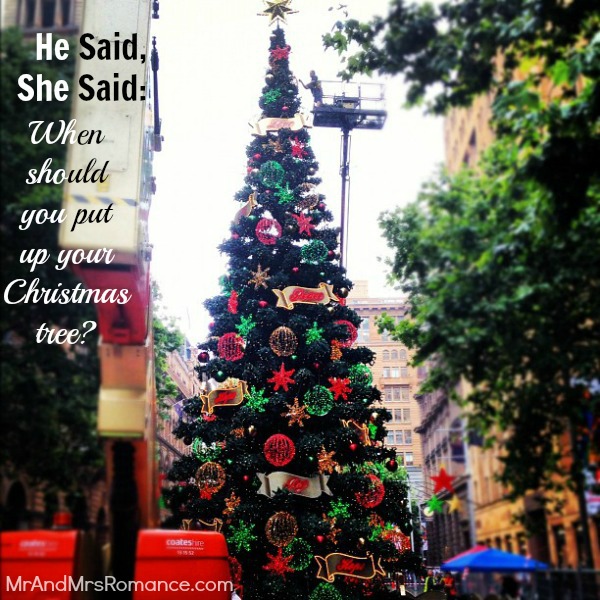 As late as possible. It gives you something to blame it on when you forget to take it down in January.

I wish it could be Christmas every day. 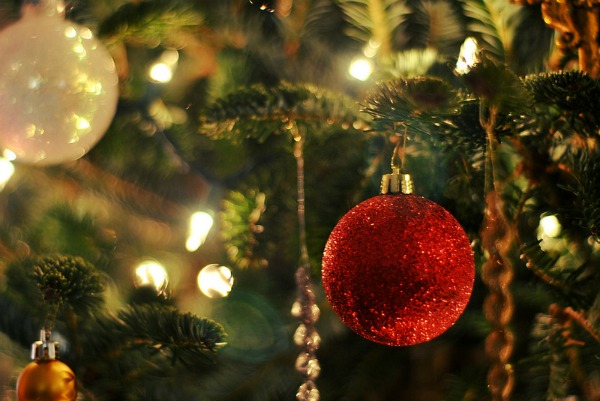 My family have always had artificial trees. It’s an ethical thing. We bought ones that were as lifelike as possible, but still…

It wasn’t until I met Mrs Romance, whose folks have always had real trees, that I experienced the strange smells, the millions of sharp, toe-stabbing needles and the impossible-to-decorate branches I now know proper Christmas trees provide.

It would always take ages to get my mum and dad to put the tree up when I was a kid. It meant my dad having to get up a ladder, clamber into the loft, drag the big box covered in almost exactly one year’s worth of dust to the hatch, and then try and work out how to lower the box down and climb to the ground at the same time. The problem was the box was almost as big as the hatch hole.

I think it was around this time I learnt my first swearwords!

It then fell to Mum and me to cover every perceivable green bit of the tree in tinsel, baubles, miniature santas and ‘snowflakes’ I’d made at school that year from dried pasta.

By this point, we had just enough time to shove all our presents under the tree before we’d have to pile them into the car and drive to my grandparents’ for Christmas Eve.

Mrs Romance, on the other hand, would have the Christmas tree up all year if she could. I remember our first Christmas together in our own place very vividly. I think the tree went up in late September!

Sorry for quoting the bad Christmas songs, but I really do love Christmas.

My birthday is in December and I was named Christina because I was born so close to Christmas.

Growing up in Australia, we would get a real tree every year. It was around my birthday, a week before Christmas, that we would buy a tree and start to decorate. It’s just too hot and real trees don’t last long in the Australian summer. I would have to patiently wait each year to break out the box of old decorations, and add to the tree the new decoration I’d made at school that year.

When Mr R and I got a place of our own, I was so excited about decorating for Christmas. We decided to buy a plastic tree for lots of reasons. But a plastic tree also means there’s no longer an enforced time to put up decorations.

I think the first year we waited until 1 December but the second year I went a little crazy. We already had the tree and as the shops had started selling decorations in September, I figured it was fair game to put the tree up early.

But how early is too early?

That second year I put the tree up on 1 November and set about making some new Christmas decorations. We had a tropical theme for our summer Christmas and let’s just say there were lots of hot pink baubles with a bit of orange and gold thrown in. It was a bit cray cray.

Since then, I’ve become more relaxed about Christmas. This year our tree will go up on 1 December and I think that’s early enough.

If your tree is up too long, I think it loses that magical Christmas glow. It feels a little less special.

I’m not going to laugh at you Christmas fanatics for putting decorations up in November, but I draw the line there. October is too early these days. 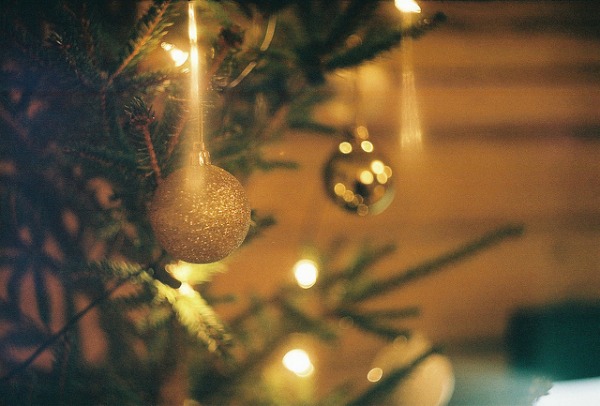 Do you celebrate Christmas, and what date do you put up your tree?

Working from home – living the dream or creating a nightmare?

The idea of working from home appeals to many of us. Freedom, comfort, the lack of commuting – it all sounds ideal. But what…