The only place you’ll find a proper full English breakfast is in England – nowhere else comes close!

A full English breakfast can stay in England for all I care. Australia has the best breakfasts in the world. 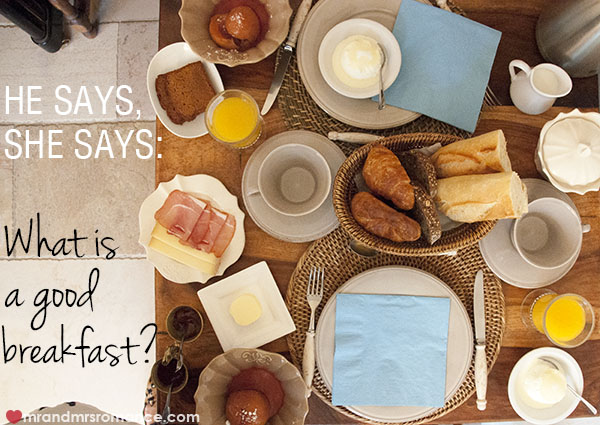 And what’s more, he says:

I think I know what I’m talking about when I say I know English breakfasts. I’ve had enough of them. A modern Australian breakfast is something to marvel at, it really is. But can the Lucky Country really provide a proper cooked English breakfast? No.

City cafés here have to fancy up a fry-up with spiced ‘home cooked’ beans or some sort of weird salsa, and fall flat on the bacon front. Cafés in the countryside just serve pies. I haven’t found anywhere here yet that can compete with a traditional English greasy spoon.

Having said that, Australians offer the greatest range of delicious things to break your fast on. As long as you’re not deeply hung over and in need of ‘grease-suscitation’, an Ozzie café will serve you amazing morning treats to get your day started.

We had high hopes for breakfast when we were in the States, but felt a bit underwhelmed – apart from the brunch cocktail menus we spotted. Nothing like a Bloody Mary to go with your eggs bennie!

Europe also wasn’t as we expected. Pastries galore but still not the range we are spoilt with back home in ‘stra’ia.

But when it comes to the wire, the only nose in front is really England with her hyperbole of oil, cholesterol and delicious free radicals plated up as the good ol’ English breakfast.

Australia may not have a national cuisine, but our breakfast menus are world class. Mr Romance will argue the virtues of a full English but where’s the avocado? Where’s the artisan sourdough? There’s just not enough choice on the English breakfast menu for me.

When we were talking about breakfasts, I couldn’t pick a favourite dish.

We did have a spectacular breakfast at our hotel Villa Louise in France, but even still it wasn’t exactly the healthiest way to start the day. A fresh croissant in France is a delight, but what if you feel like something else? The Continental breakfast is a little lacking in variety.

My hunger changes and the best thing about the menu here in Australia is choice. If I had to choose one breakfast favourite, it would probably be a dish with corn fritters, poached eggs and avocado. Maybe add some bacon on the side and a fresh juice. Though I also love some smoked salmon scrambled eggs, or an omelette, or French toast with berries, or…

I might stop there as I’m starting to get hungry.

Australian cafes make the best breakfasts even if they can’t get a full English right, just the way Mr Romance likes it. At least they can make a good coffee to go with it, and that’s just what I need to start the day. 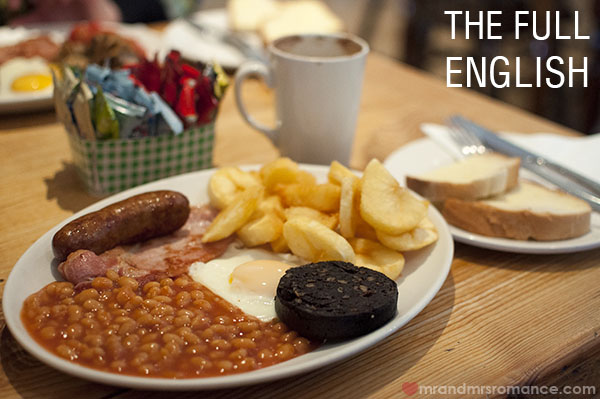 Here’s what you should be getting if you order a full English:

How about you? What’s your favourite breakfast dish? And where do you like to eat it?

Sculpture by the Sea Bondi 2013

It’s hard to imagine Sydney’s coastline getting any more spectacular. For 11 months of the year, the coastal walk from Bronte to Bondi is…