The first we heard of Australian-made gin was when our friend the lovely Caroline Childerley – officially The Gin Queen – told us about Four Pillars Gin coming for their first launch in Sydney. 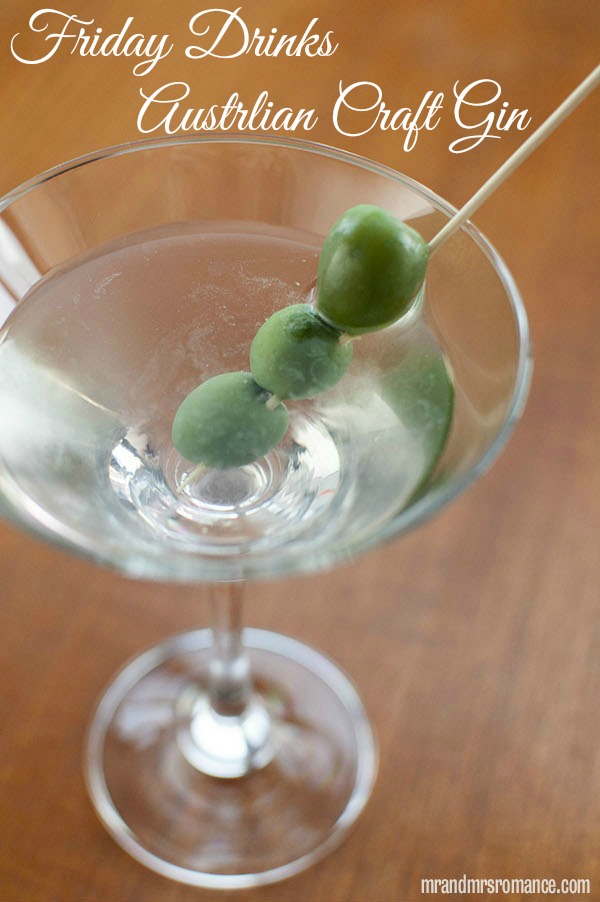 It was great to meet Cam and the guys from Four Pillars, and their gin really is exceptional.

If you’ve had anything whatsoever to do with our blog, our social media posts or having spoken to us personally, Mrs Romance and I like our gin martinis. It’s a fact. 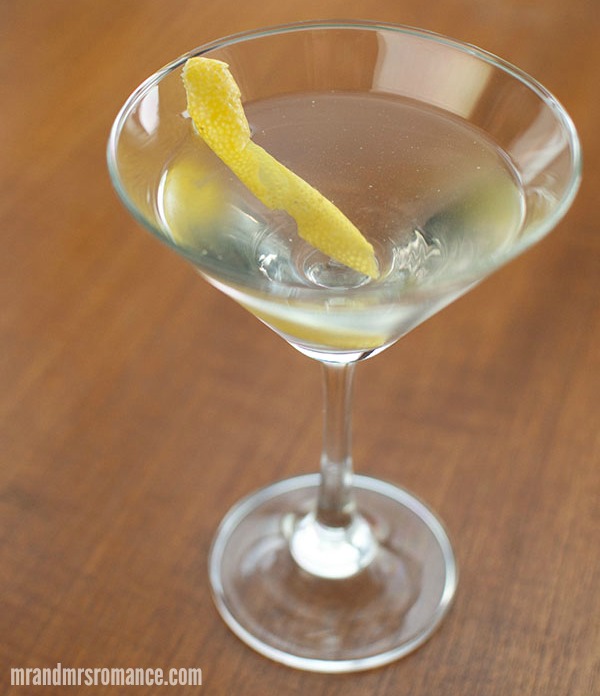 Our preferred gin has always been Tanqeray. We find Bombay Sapphire acceptable but have been known to turn our noses up at a Gordon’s or a Beefeater. It’s funny because we see the virtues of craft beer, but we’ve never really thought about craft gin.

We were in Melbourne recently for Caroline’s first ever gin tasting masterclass. We had a feeling that – considering her moniker – this would be a pretty good place to try some new and delicious gins. We weren’t disappointed.

The Gin Queen had invited four of the small number of craft distillers from around the country to come and attend the event, and talk about their gins. We were able to taste the drinks too, which was even better!

The four Australian gin companies were:

Bob from Bass & Flinders let us try his Gin 10. Made from just 10 botanicals – as with all 10 ranges – the B&F 10 is sweeter than regular gins and is grape based. It has distinct cardamom aromas.

Bob recommended a gin and tonic with cucumber for this his pride and joy.

Cooked in a magnificent copper still named Wilma after Cam’s mum, this gin has a beautiful spicy flavour from native and non-native botanicals.

It also has a remarkable orangey appeal to it. That’s because Cameron, Stuart and Matt have put whole oranges in the still, which are steamed for six hours to create that extra botanical of citrus and zest. At the end of it, they make marmalade out of the oranges too!

After experimenting with over 80 different botanicals, it seems they’ve got this one just right.

Cam likes to drink Four Pillars in a gin and tonic with an orange garnish. 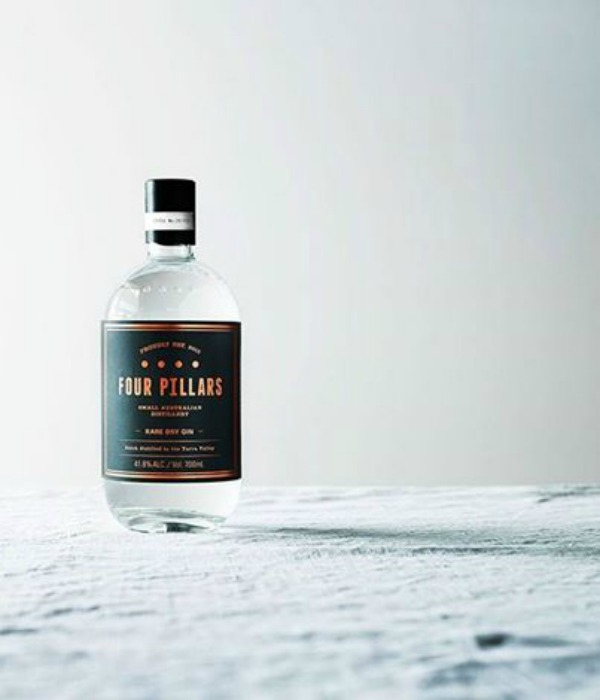 Andrew from MGC explained that “there’s no guide for making gin – it’s a journey into alchemy.” It’s a concept that resonates with us somehow.

This gin – the result of a series of trials and experiments in search of that holy grail of the ‘ideal drink’ – is the latest creation of Wanderer Wines and Gembrook Hill Vineyard, in the Yarra Ranges. It’s a dry London style gin with a clean citrus flavour.

Andrew likes to drink his MGC Melbourne Dry Gin in a martini with a grapefruit twist… or olives, of course! 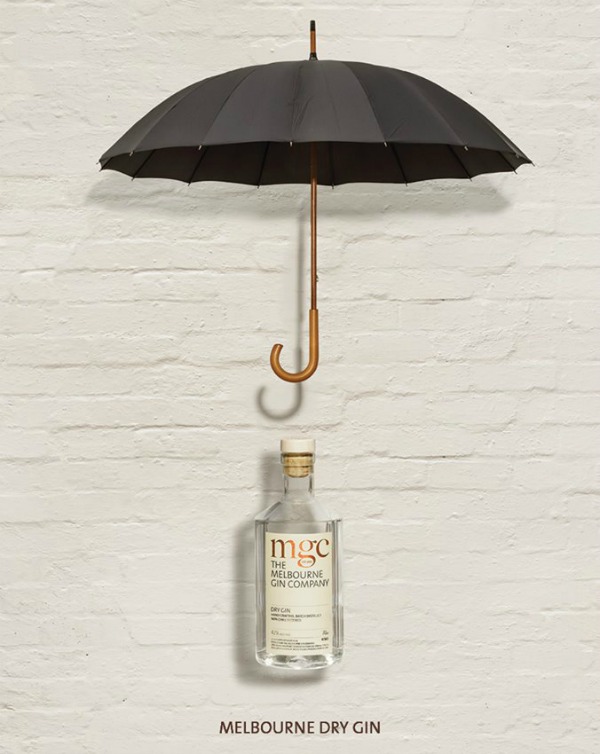 Jason Chan from West Winds introduced us to the most intense gin out of the two they produce: the Cutlass is 50%apv, and is packed with botanicals. Using coriander seed and the root of the herb makes this a flavoursome, refreshing and very drinkable gin in spite of its strength. Savoury notes have been added with the introduction of Australian bush tomatoes.

Jason’s top tip for making the most of tasting and smelling gin is to smell your hand before you take a whiff of the drink. This will reset your sense of smell – providing your hands are clean of course!

Jason likes a Gibson martini – with a pickled onion – as the onion brings out the middle palette components and the gin develops the sweetness of the onion. Pure umami! 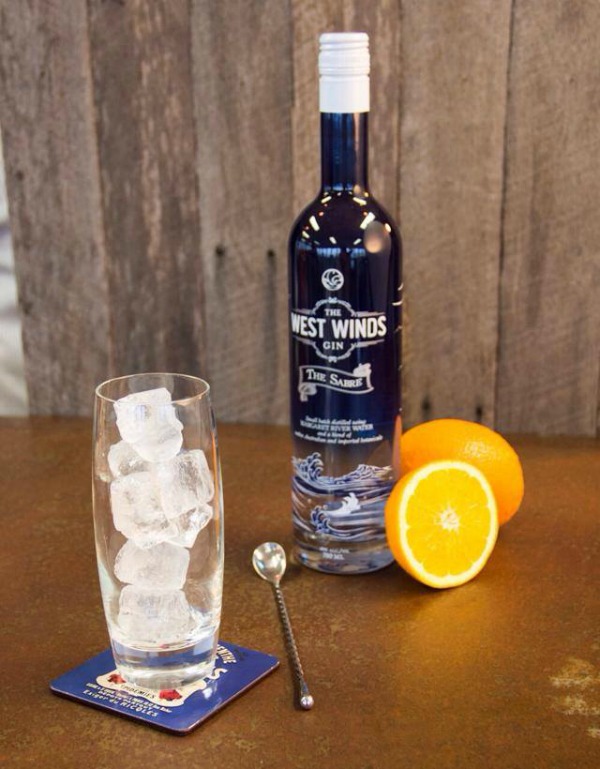 Out of the four gins we tried, we both liked the Four Pillars gin the most, but gin is one of those amazing spirits that appeals to people on so many different levels.

Her Royal Highness Queen Caroline has a lot to say about small batch craft gins, as you’d expect. We’ll leave the last word to her.

“For me, it is the love and passion of the people behind the craft gins. Their stories are worth hearing and you also have to admire the painstaking time it takes to come up with the right botanical combinations.

There will always be room for good quality gin!”

Have you tried any of these or other craft gins? What’s your favourite gin-based drink?

The perfect ploughman’s, bacon bourbon and a new site design

It’s been a horrible week weather wise here in Sydney. Rainy, gloomy, cold… it makes me quite homesick actually! The weather might have something…