Broome in northwest Western Australia is one of the most remote towns in the country, so you’d think finding a good beer here is very difficult. But thanks to an early 20th Century Japanese pearler by the name of Mr Matsomoto, Matso’s Brewery here in Broome gives something to raise a glass to. 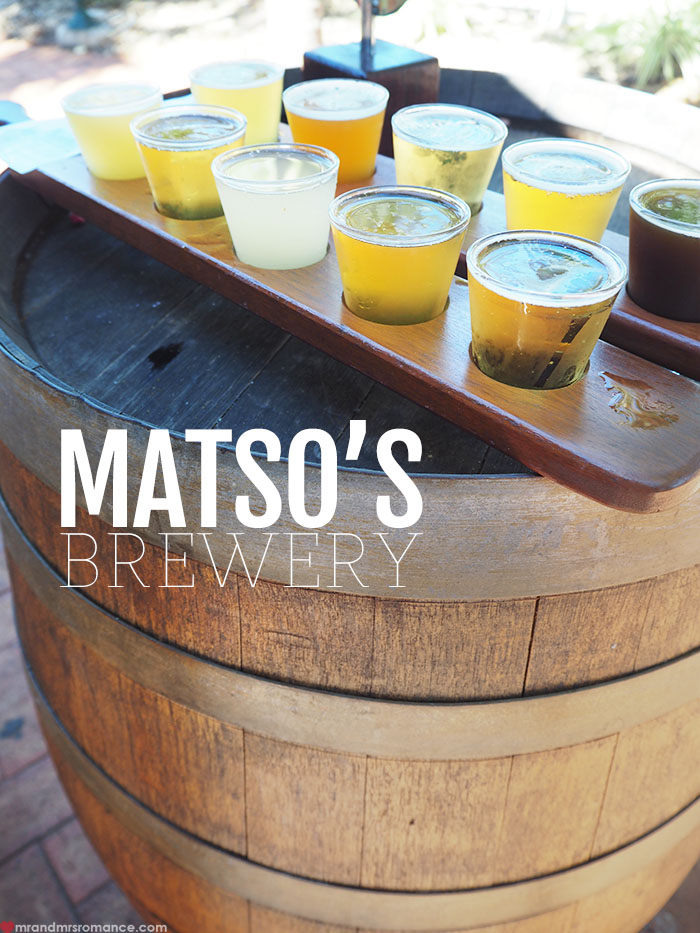 Broome has been somewhere Mrs Romance and I have wanted to visit for such a long time. Thoughts of Cable Beach with its famous camels and the incredible sunsets over the Indian Ocean have always excited the travel bug in us.

To make this faraway place even more enticing, I featured Matso’s quite a while ago in our 9 Aussie craft beers review. So I was really excited to be visiting the home of – among others – the Smokey Bishop: a delicious dark, smokey lager.

We walked past the white picket fence surrounding the brewery/gastro pub and straight to the bar. 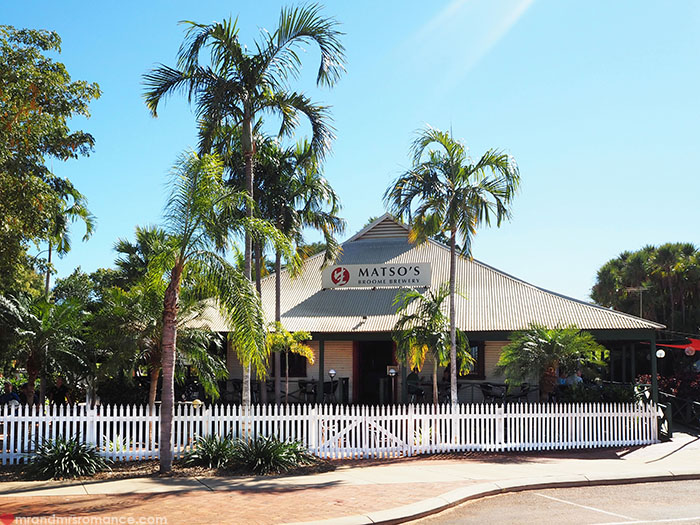 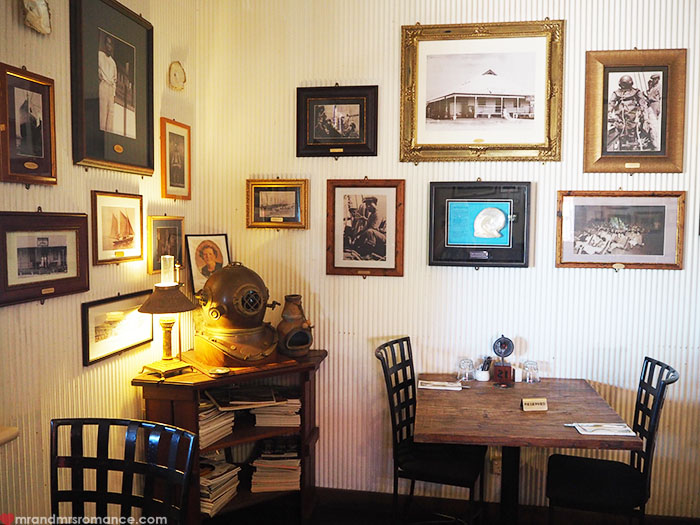 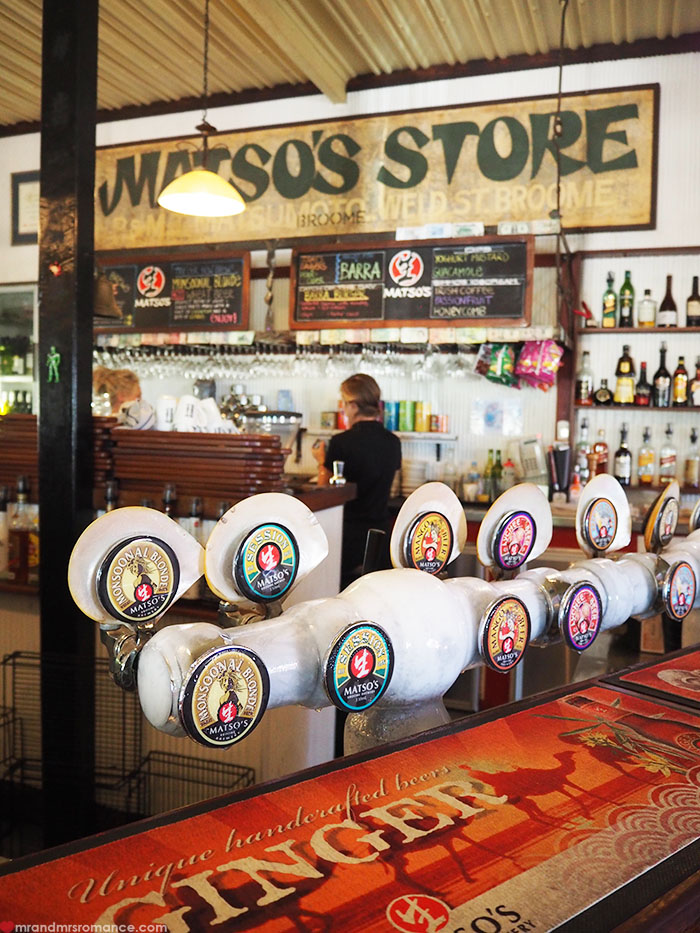 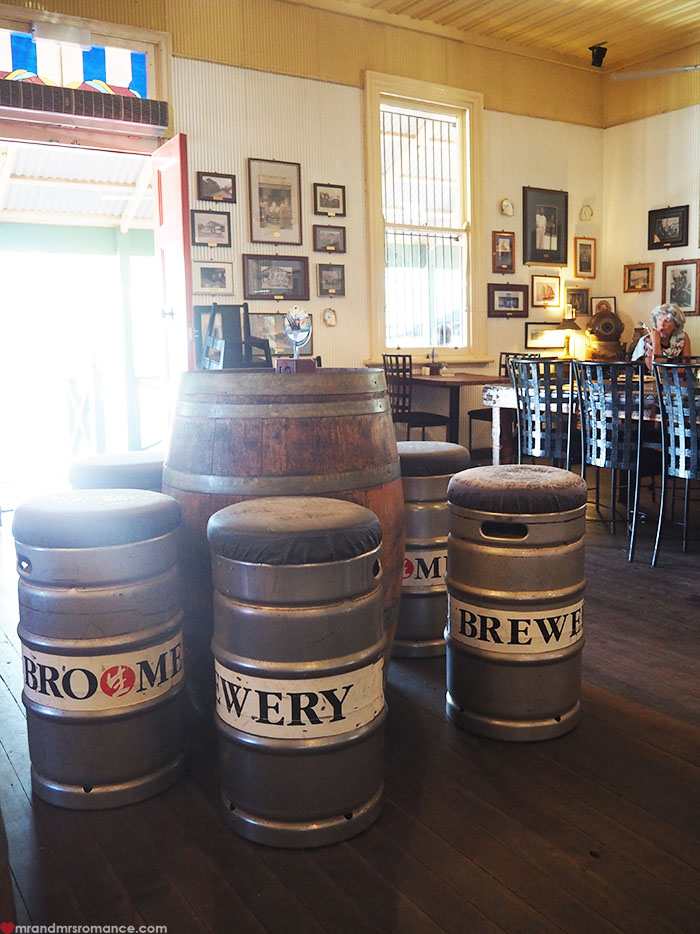 Inside the pub, they’ve really gone for the deep sea diving, pearl hunting past of this region. Its rustic styling and rugged beer-keg barstools and barrel tables really set the scene.

The taps are all made from old oyster shells in a nod to the area’s pearling industry – not to mention its namesake’s pastime.

With so many different beers to choose from, we went for 2 tasting paddles to get to know all of the things they brew here. It’s a fun, cost effective way to try all their beers.

The brewers here are really quite adventurous too.

Of course there are staples like a blonde, a really good IPA and – as I mentioned – the black lager. But there are also some fascinating fruit and spice beers.

The ‘Chango’ is a chilli/mango beer. There’s also a straight chilli brew too, which certainly has a kick. There’s a very popular ginger beer, made with real ginger root, and a delicious wild lime cider. It uses local apples but infuses the cider with wild limes. 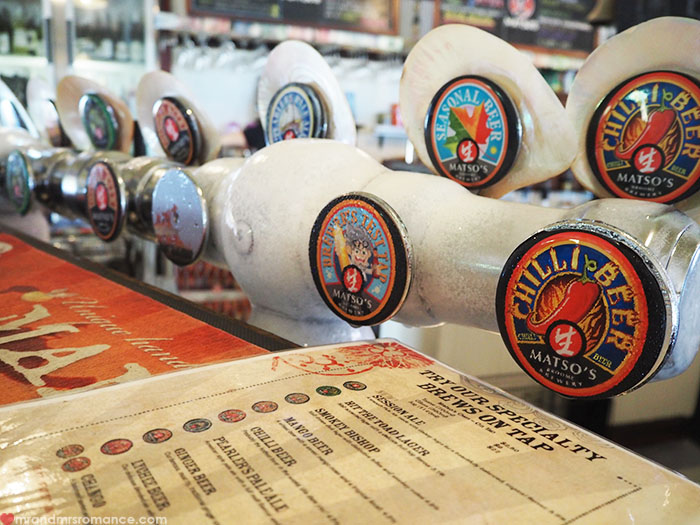 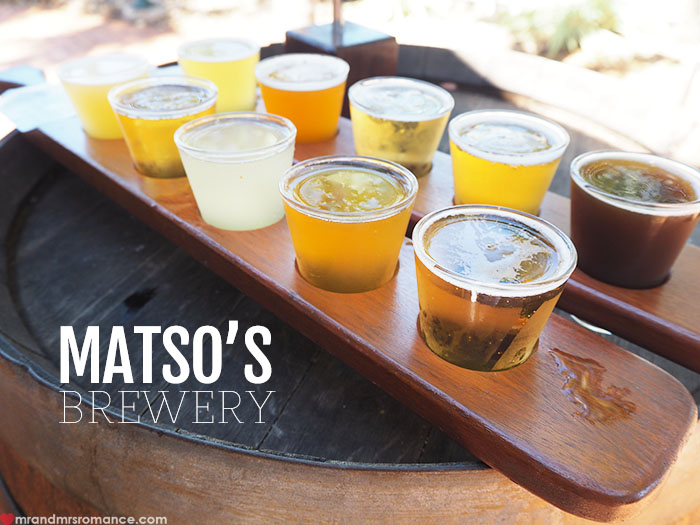 While we were enjoying this fun range of beers, we perused the lunch menu.

Mrs R had the prawn, pawpaw and melon salad, which was fresh and full of colour.

As you can appreciate, with all this beer I couldn’t go past the pulled pork burger.

After our very satisfying lunch, we took a short, slow walk to the nearest bus stop and rolled back to our hotel for a nap. 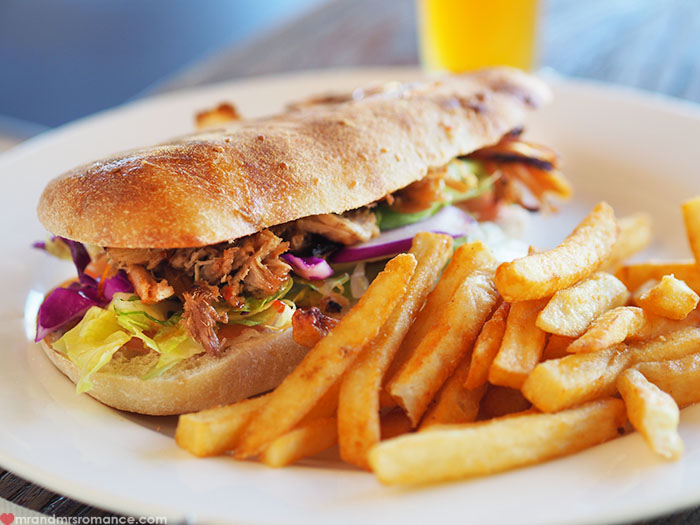 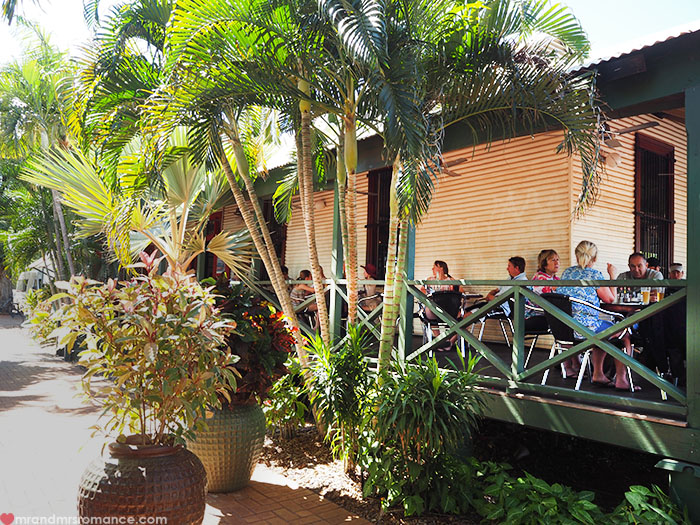 Top tip: get to Matso’s early for lunch and sit on a couple of beers till you’re hungry enough for a pub lunch. Otherwise, go there after 2pm.

Yes, it’s a long way to come for a pint, but my goodness, it’ll be a beer you’ll remember! It’s also a fantastic point to start a unique adventure into the Kimberley and beyond. 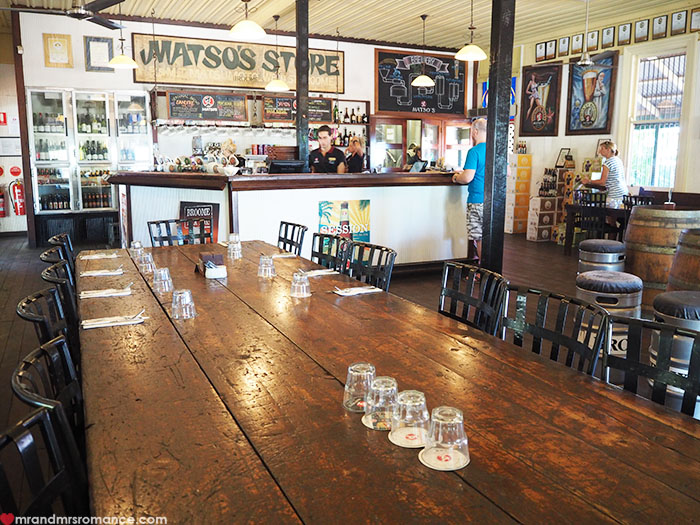 Where’s the most remote beer you’ve ever had? Have you had a Matso’s beer? Tell us in the comments!