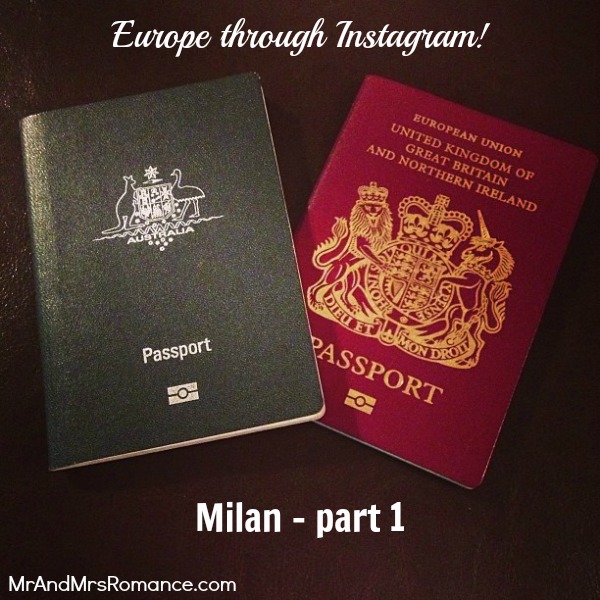 Travelling to Milan wasn’t a well-planned trip. We decided to go only a few days before. Mrs Romance was asked to cover the Milan Fashion Week for Schwarzkopf in her capacity as the tremendous Hair Romance. 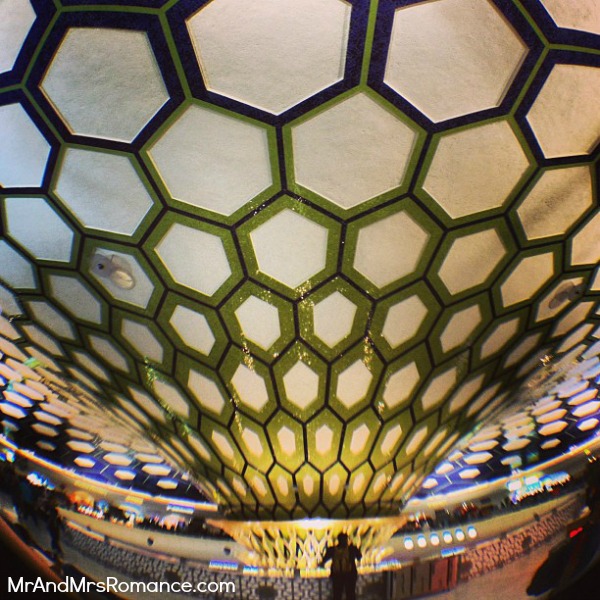 The ceiling of Adu Dhabi International Airport is amazing. I took this with the detachable fisheye lens Mrs R got for my iPhone. It’s very cool! 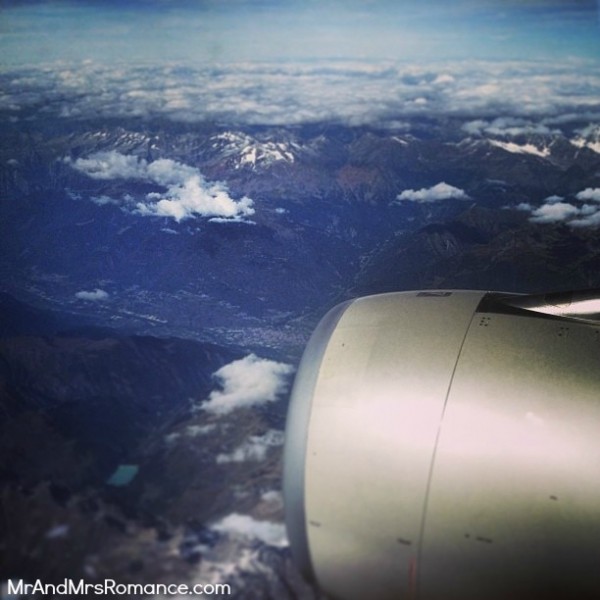 As we fly over the Italian Alps towards Milan, it really only then starts to dawn on us that we’re even here. It’s been a very quickly planned trip… we don’t even have accommodation or an itinerary as we touch down. 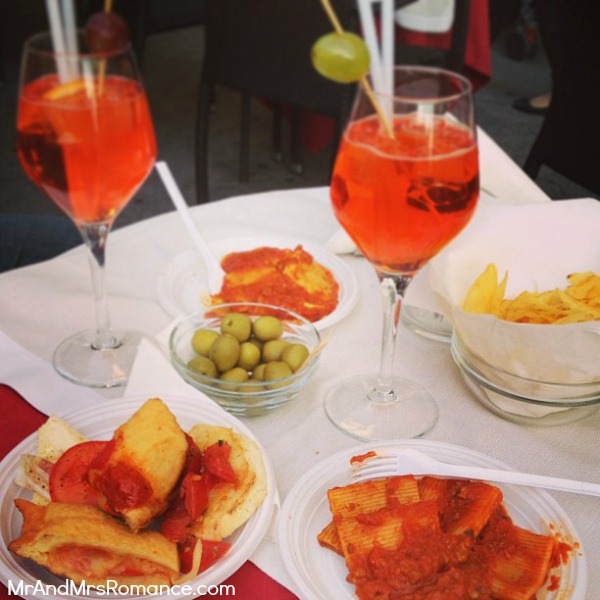 One of the first things we do when we’ve unpacked is to go out and hunt down an Aperol spritz and some aperativi. The amount of food you get with your drink depends on the bar. If you’re lucky, you won’t need dinner! 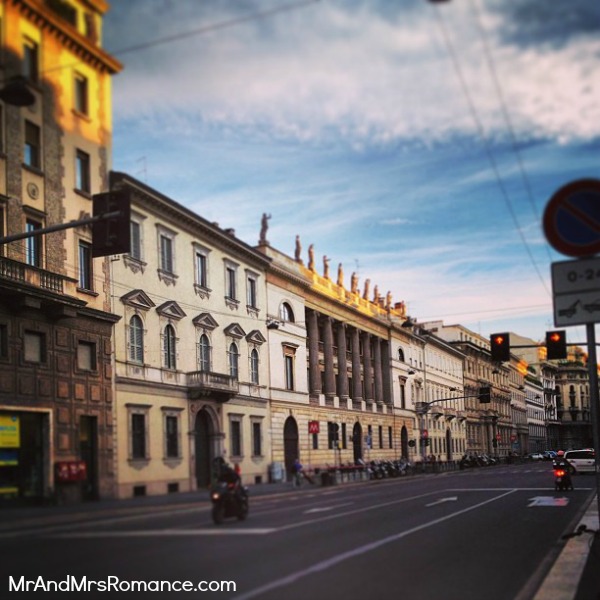 The calm before the storm. Milan’s streets are relatively quiet before the start of Milan Fashion Week. This is Corso Buenos Aires – a main shopping street in the north west of the city. 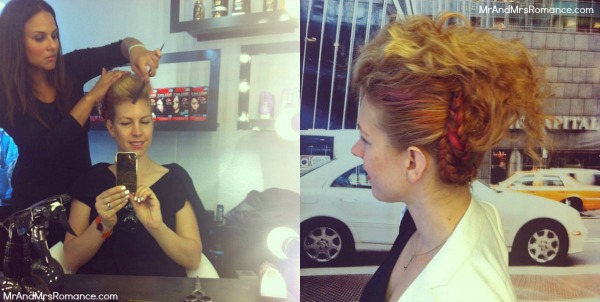 Mrs Romance gets her hair did at the Schwarzkopf Cube. The hair stylists here work throughout Fashion Week doing hundreds of people’s hair as they walk in off the street. 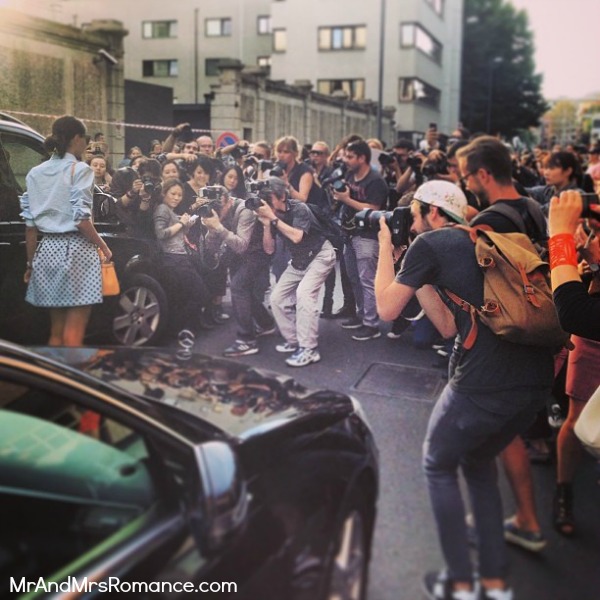 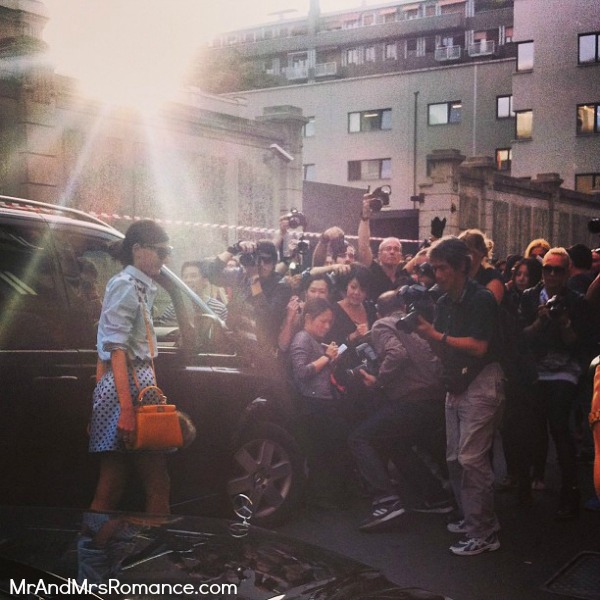 It begins. The madness of the walk-up to fashion shows is without equal. Streets are jammed with traffic, the entrance to show venues is crammed with photographers and journos, and the models, celebrities, gurus and icons strut through the crowd waiting for people to snap them.

Mrs Romance Spots Anna Wintour, editor of Vogue Magazine and I’m pretty sure I see Donatella Versace in the back of a car. 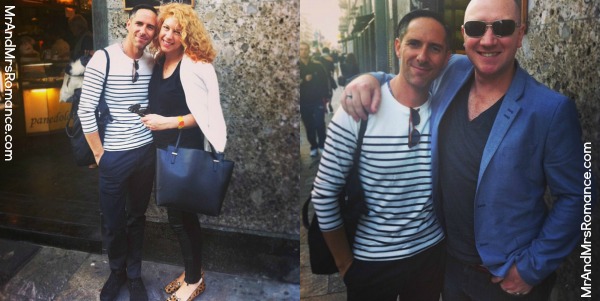 Our dear friend Anthony Nader, of hair salon Raw Anthony Nader fame, is also in town. He’s working on some shows for Milan and Paris Fashion Weeks. It’s great to catch up with him and spend some time together in Milan. 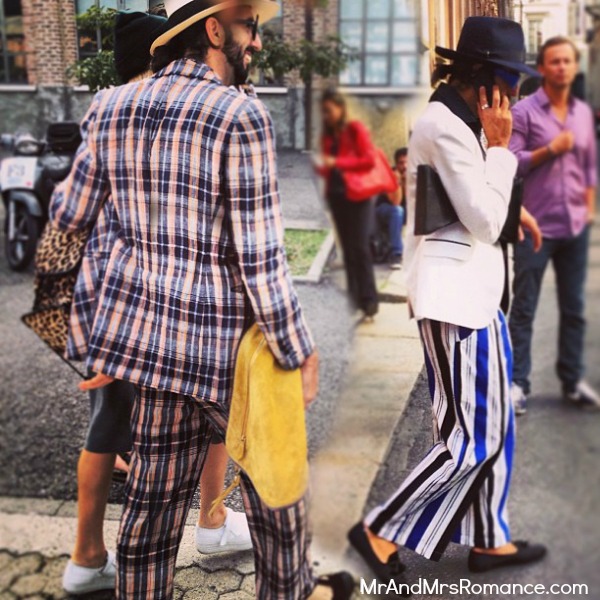 There are some incredible looking people here for Fashion Week. I spotted this guy a few times and managed to grab a couple of shots of him. Each time I saw him he was wearing a different and ever more remarkable suit. Great stuff! 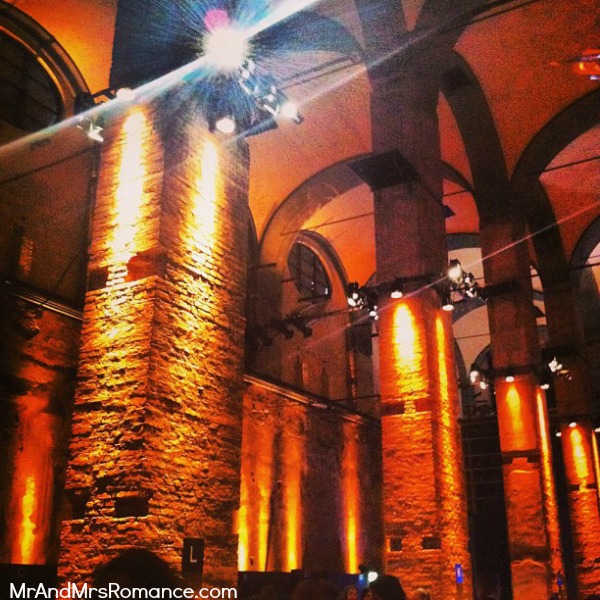 Some of the venues for the fashion shows are incredible. This ancient hall has crumbling frescos on the walls, delicate mosaic floors and elegant arched ceilings.

It makes for a dramatic show. 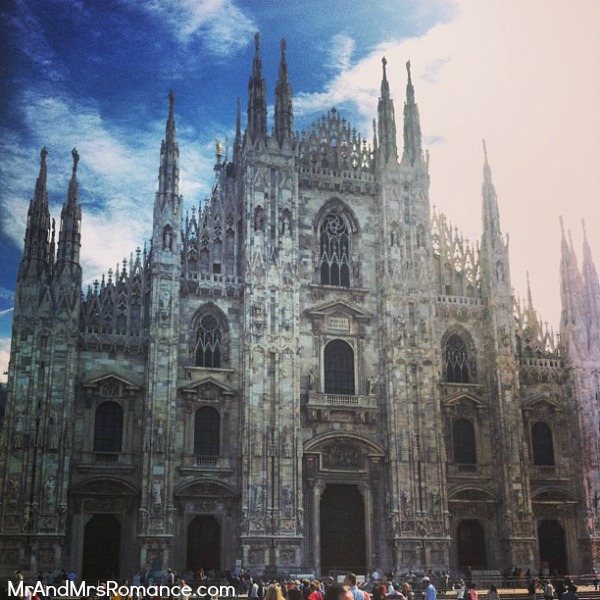 Of course, there’s still time to have a look through this lovely medieval city. The duomo – Milan’s cathedral – is a beautiful building dominating the city’s (and one of Europe’s) largest piazza. 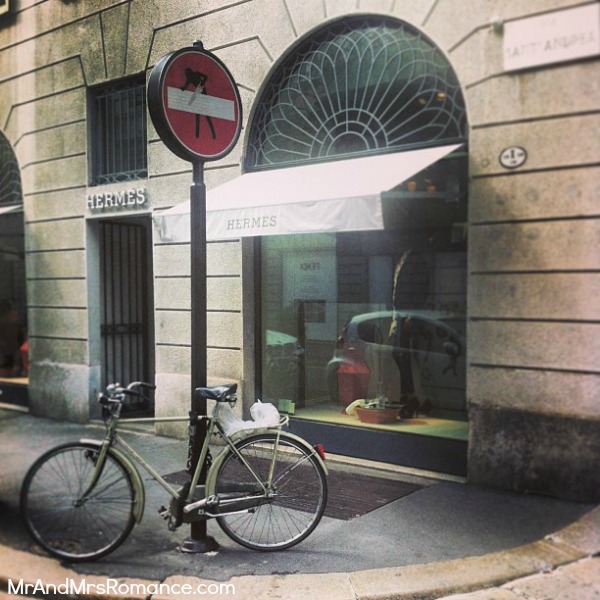 It’s like every Italian city, town, village and hamlet has positioned bikes around to make the place even prettier. The difference between Milan and the rest is that there’s usually a top end designer boutique in the background! 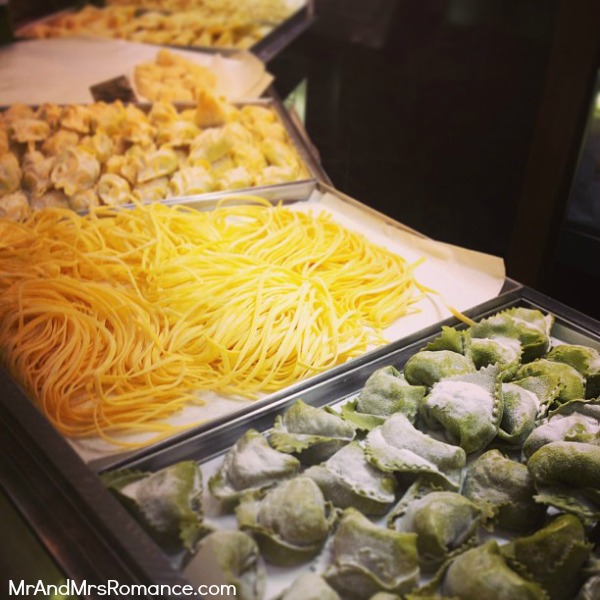 But one thing’s for sure: the food in Milan is as good – if not better – than a lot of other places around. This fresh pasta was just in a little cafe around the corner from our hotel. 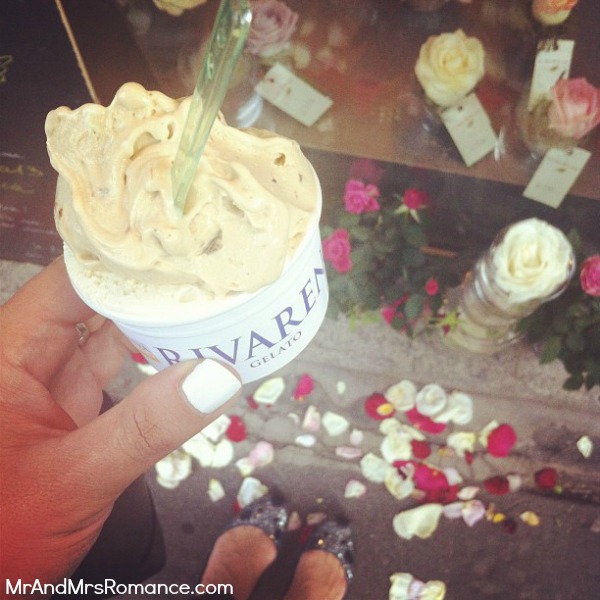 And what’s a trip to Italy without a gelato? Mrs Romance wouldn’t have it any other way! This little number was from Rivareno. There’s one in Surry Hills, Sydney too, but somehow this one’s better.

Here’s the next part of our Instagram Diary in Milan:

He Said, She Said: when your partner is away for work