So here we are. The final leg of our journey. We’re in Essex with Mum and Dad, and a welcome plate of good ol’ fish ‘n’ chips – just the way we remember them. Delicious! 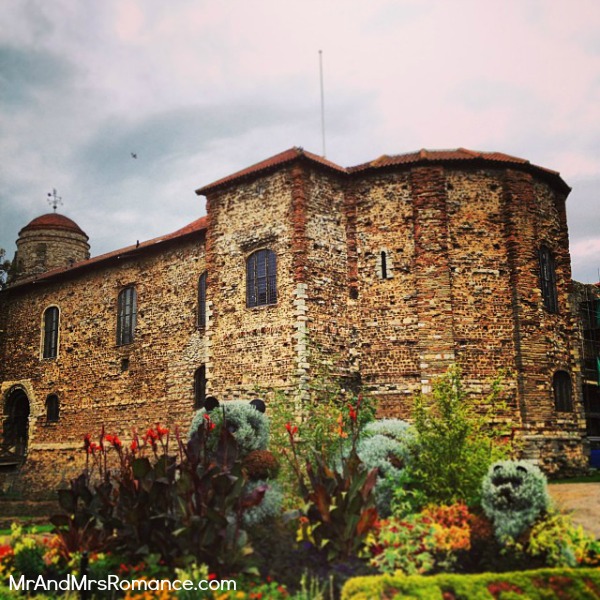 We take a trip around Colchester, following the tourist trail. The new multi-million pound art centre is a bit of a disappointment, but the Hollytrees Museum is very cute – it’s where the song Twinkle Twinkle Little Star came from don’t you know!

We also head to Colchester Castle Park. The castle’s closed at the moment but the park’s always a nice place to come and walk around in. It’s not raining at the moment, so we enjoy the fresh air and the unusual topiary – yes, they are pandas, and no, I don’t know why they’re here. Pandas are not native to Essex. I manage to convince one of my friends that they are… but it’s not true. 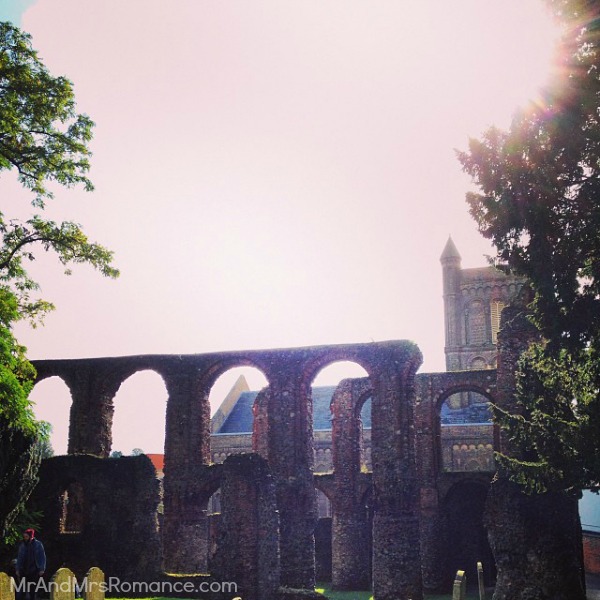 We head down the road to the under-rated St Botoph’s Priory. Its ruins represent the first Augustinian monastery in England. The place was built back in 1103. The ancient archways around the old Priory are still in pretty good condition, all things considered. We explore the ruins until it starts to rain a bit too much. We head for cover – conveniently in the form of a pub! 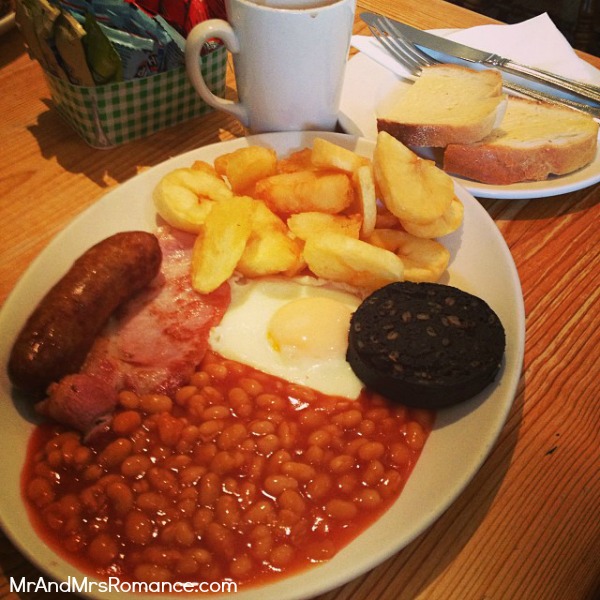 What better way to start your day in England than with a full English breakfast! There are elements missing from this plate – mushrooms, tomato, maybe some bubble and squeak – but all in all this is a magnificent thing. We head  to Heybridge Basin today. It’s a popular mooring for boat enthusiasts, and in the summer, this place is packed. Mostly because there are two great little pubs within about 20 metres of each other: the Old Ship and the Jolly Sailor. We’ve always been Jolly Sailor people, but some say the Old Ship is better.

Anyway, it’s a lovely little spot. You can walk further round to the river too, with its lock and grassy river banks. But autumn’s chill is in the air, so we head back to the car. 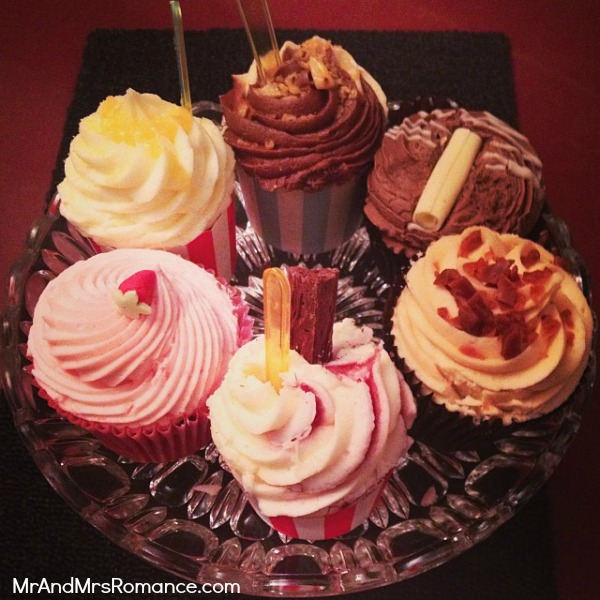 Our friends Clare and Dave bring us some incredible cupcakes from Waitrose. I grab the one closest to me. It’s raspberries and cream, and that Flake goes right to the bottom of the cake! I spot this rarity parked – for some reason – in someone’s garden. These three-wheelers were surprisingly popular when I was a lad, but this is the first one I’ve seen in years. The main problem with these Reliant Robins was they kept tipping over as they went round roundabouts. And from frequent attacks by Mr Bean. 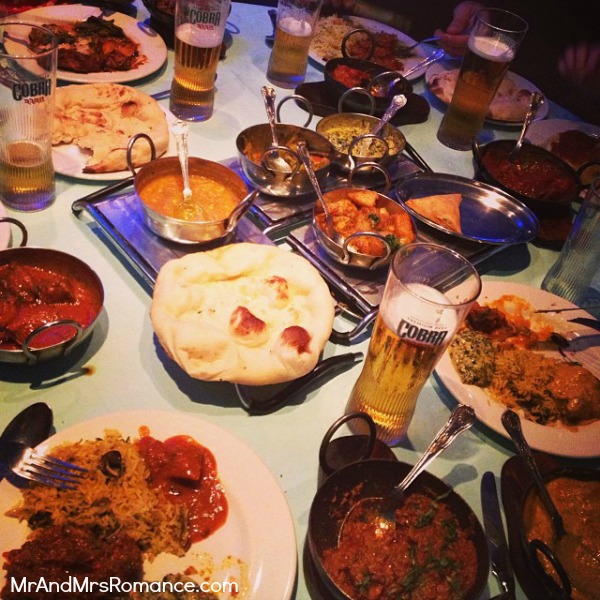 Our last meal in England is somewhat epic! We head to our favourite Indian restaurant the Alishan Tandoori. I had my 18th birthday here and it’s been the same people running the place since before we moved to Colchester in the mid ’90s.

We order too much, eat almost the same and roll home very contented, if a little sad to be saying goodbye. Mum and Dad drive us to the airport in the horrible English autumnal rain. It makes Heathrow’s Terminal 4 feel even further away than it normally does.

We have a farewell coffee together and my sister turns up to see us off as well. We have a laugh, but it’s always tough saying goodbye. Before long, we’re up in the sky heading south for the summer like some kind of gigantic jet powered swallow. 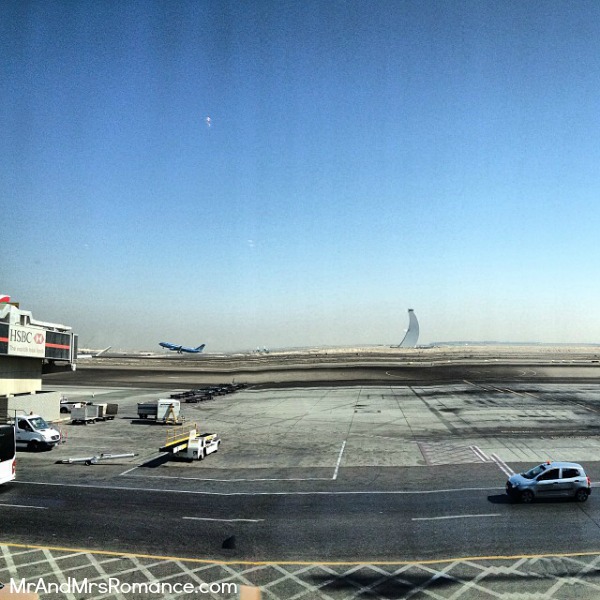 The first leg of our journey home’s over. It felt like a very long flight even though it’s only six hours to Adu Dhabi. We sit and wait for our connecting flight, staring at the weird shaped air traffic control tower through the lounge windows. 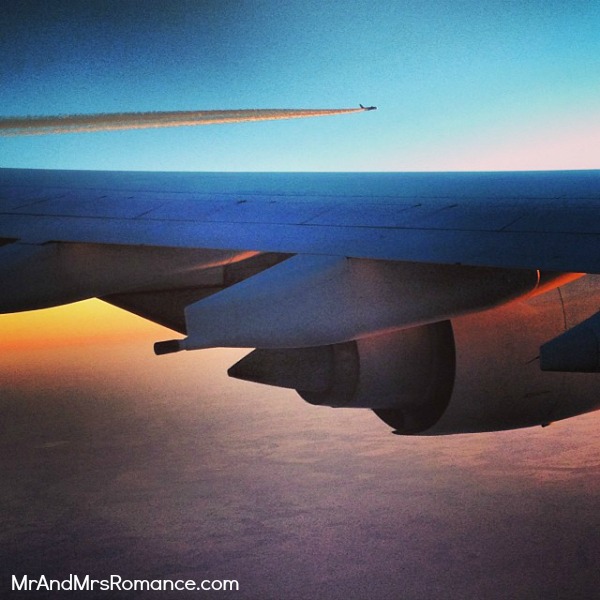 While we’re flying over South Australia, we have some company. This jet is flying very close – closer than we’ve ever seen a plane come before. It’s quite creepy – a bit like an airborne stalker. It keeps up with us almost all the way to Sydney. 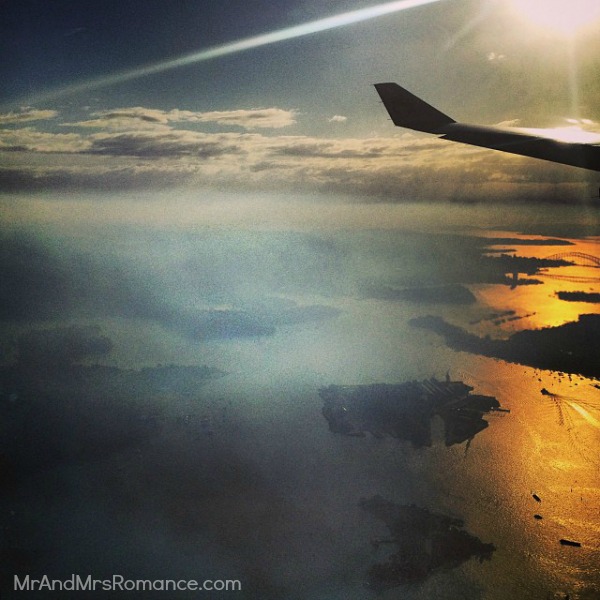 As we fly over Sydney Harbour, we can see how smoky it’s been. The bush fires have been bad here the last couple of days. 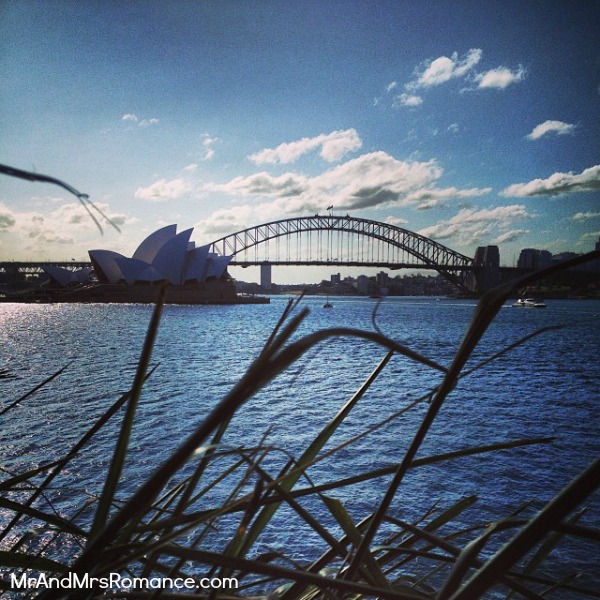 Looking back at the picture of the sky from the plane this morning, it doesn’t seem like the same day. Sydney’s skies have cleared right up this afternoon and the Harbour’s looking awesome. It’s been an amazing trip, but it’s still good to be back in Sydney.

We’ve decided to keep these Instagram Diaries going even when we’re not travelling. So every Monday we’ll be publishing an ‘Instaccount’ of our week just gone and see how things go.

Do you think this is a good idea? Leave a comment with your thoughts!

If you’re not sure what’s expected of you when you visit vineyard cellar doors, there’s no need to worry. You don’t have to be…