Is there any greater tragedy than pouring a glass of Champagne only to find it’s gone flat from being open too long? Here’s how the Coravin Sparkling works to combat that and keeps the bubbles bubbling. 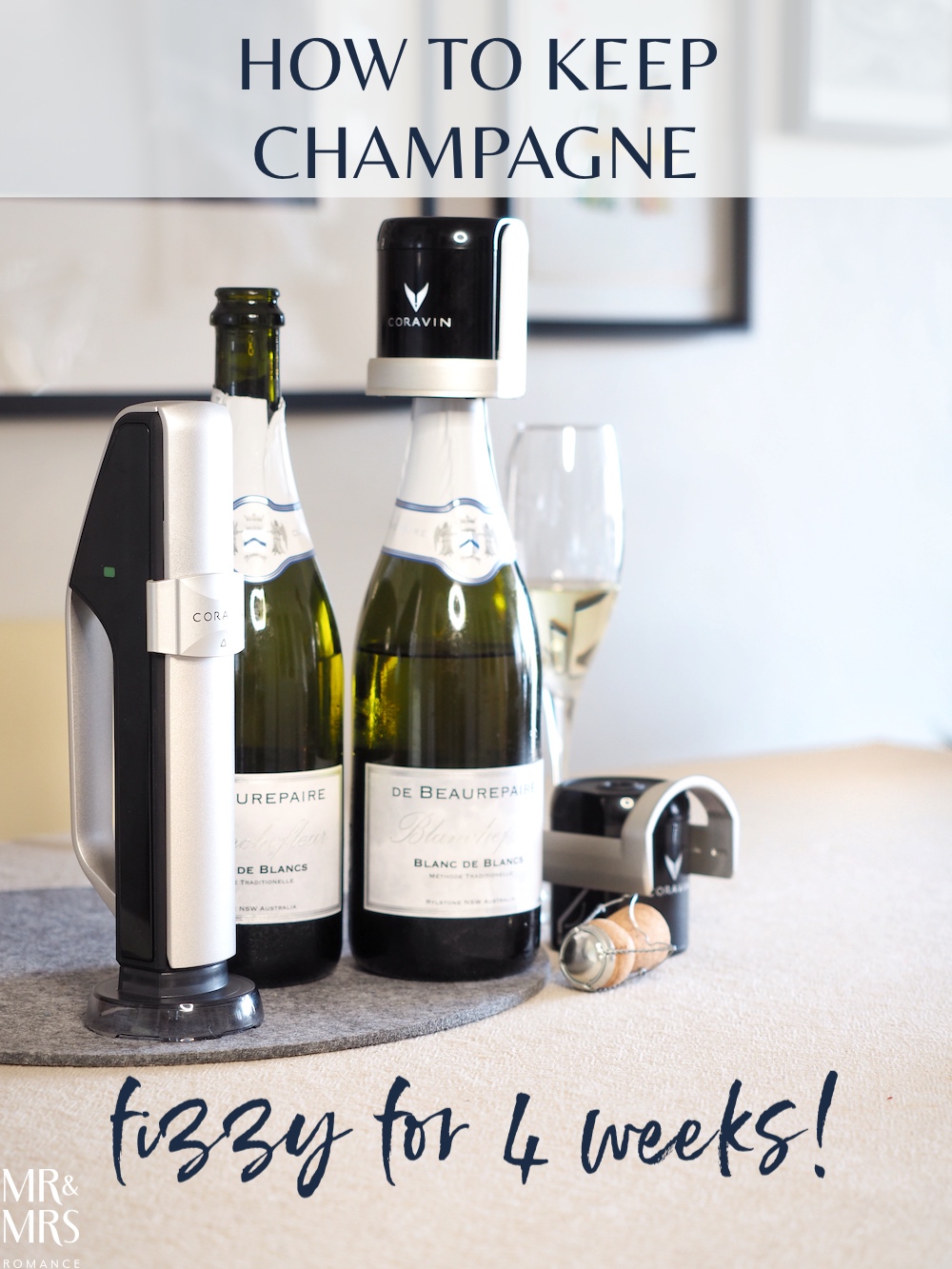 Hands up if you’ve ever put a teaspoon in the neck of your bottle of bubbly to keep it fizzy. I know we’ve done it.

The teaspoon trick doesn’t work at all. It’s a myth – unless you just want well-chilled teaspoons.

And that’s the issue with opening Champagne, isn’t it. You really have to commit to drinking the whole bottle pretty much in one sitting or at least in the next day.

At a party, that’s usually not a worry – more it’s about having enough bottles in the house! But what if it’s just two of you? Or what about making a spritz or other Champagne cocktails?

We trialled the Coravin Sparkling over four weeks and finished with a blind tasting. Here’s our video of what happened.

Coravin has been around for quite a while now. It started out as a wine preservation system that injects Argon gas – the same inert gas winemakers use in the bottling process – through the cork of non-carbonated wines at the same time as you pour out.

This cancels out wine oxidisation and keeps it fresh for quite literally years. You can read our review of the Coravin 6+ here.

But how does Coravin Sparkling work?

Coravin Sparkling doesn’t use Argon. Instead, it uses Carbon Dioxide, which still keeps the wine fresh, but also maintains the fizz in the sparkling wine.

First you remove the cork from the sparkling wine, pour out what you want to drink, then clamp the special Coravin Sparkling stopper onto the bottle and charge it with CO2 through the stopper’s one-way valve. 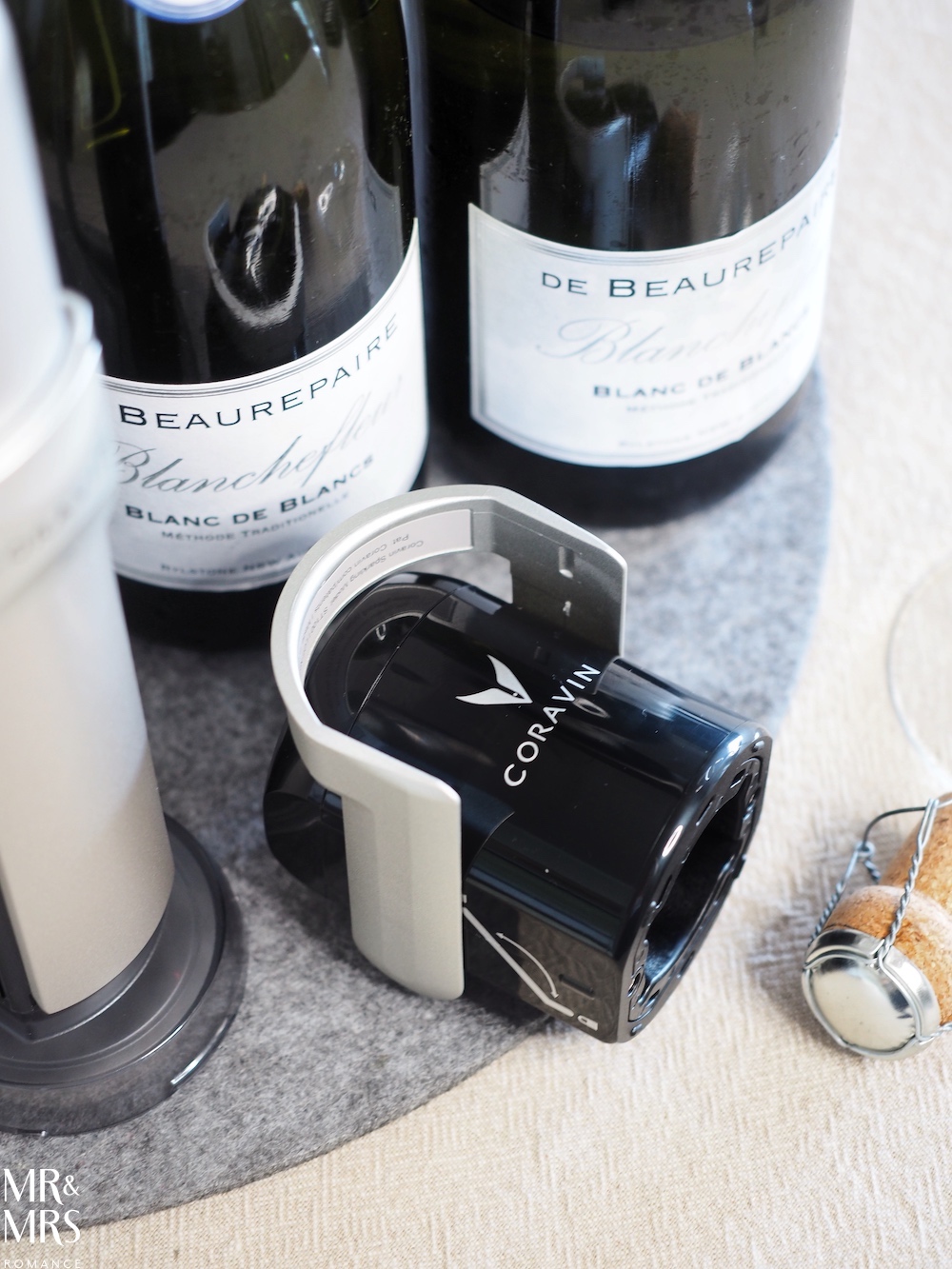 This re-pressurises the bottle and keep the drink fizzy. It also reduces oxidisation of the wine.

We trialled the Coravin Sparkling with a bottle of De Beaurepaire Blanchefleur Blanc de Blanc Sparkling from Rylstone near Mudgee, NSW, which is an interesting winery in itself.

It’s on land with the most similar terroir and climate to Burgundy in France than anywhere else in Australia, and its wines are the only ones to have been given this recognition by the French wine industry.

Does the Coravin Sparkling really work though?

After four weeks, this is what we found. You can also watch our video of this test here.

The mousse was just as active and soft as day one and the flavour was in fact accentuated. For us, it tasted better!

Still no change in how fizzy the wine was and still tasted fresh.

Flavours had started to flatten a little and the brightness had dulled. The fizz, however, was still very much there – as good as it was on day one. 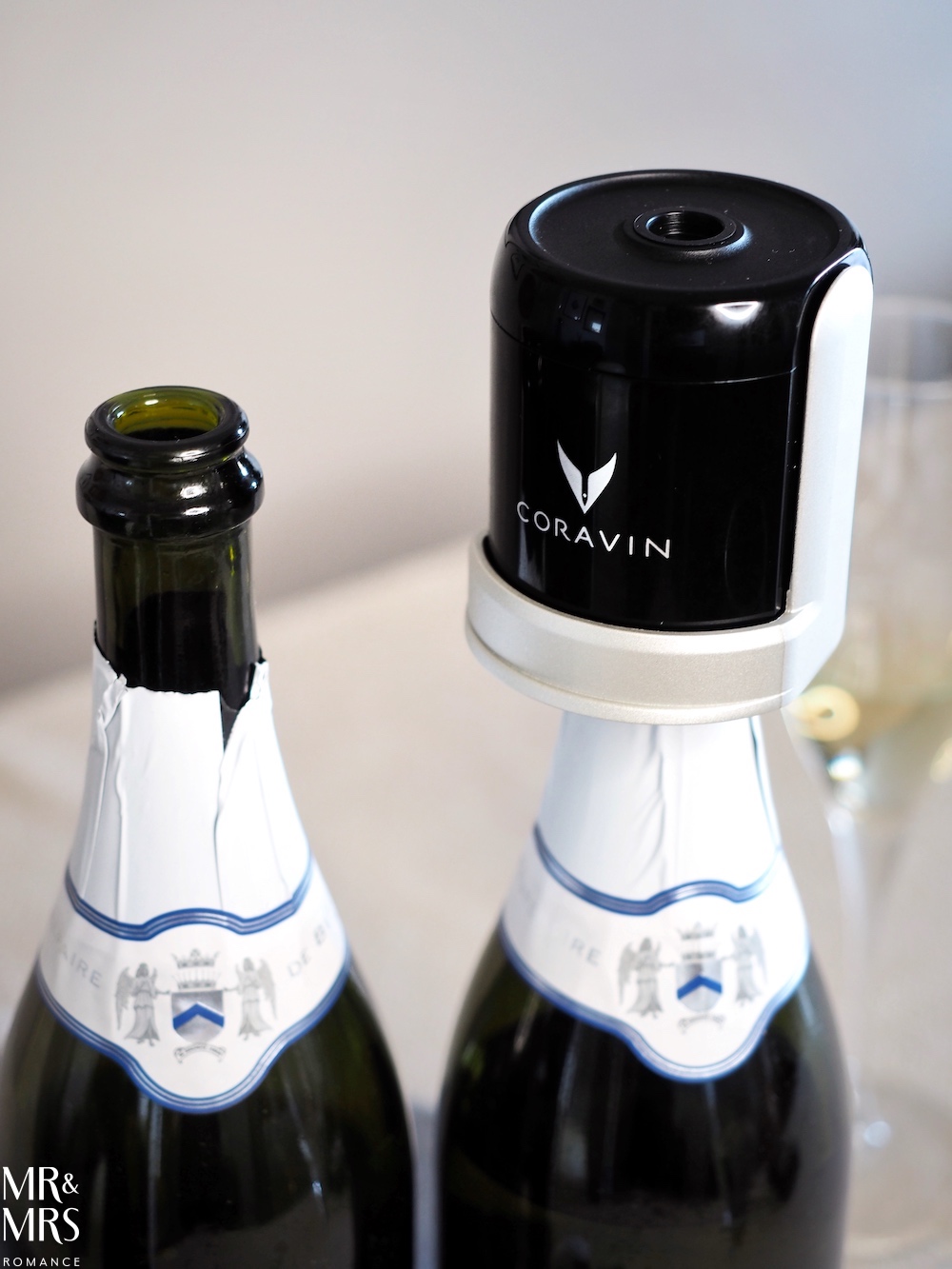 Christina did a blind test with the Coravin-treated wine and a fresh bottle.

We both found it very hard to tell the difference initially. The bubbles from the four-week-old sparkling weren’t quite as lively as the fresh bottle. As far as flavour goes, there was a bit more deadening and loss of brightness too.

Interestingly, we found that leaving the four-week-old wine in the glass for half an hour, oxidisation was a lot more noticeable.

But overall, the Coravin Sparkling works brilliantly. It’ll save you money on sparkling when you don’t drink the whole bottle or want to save some for another day.

It also gives you that freedom to have just a single glass or a cheeky spritz whenever you fancy it. 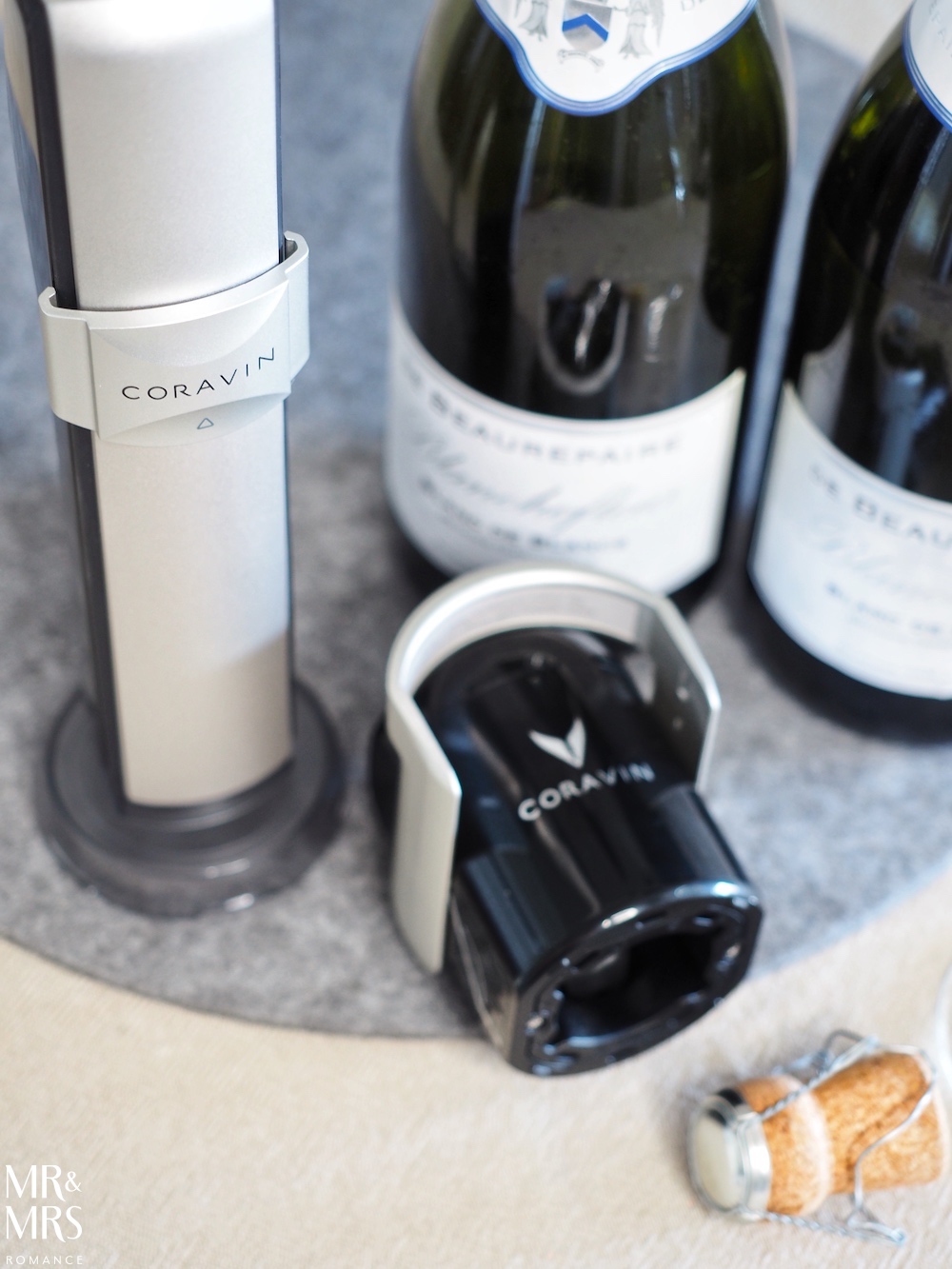 Your kit comes with:

We were gifted the Coravan Sparkling as a media sample to trial for this review, however our words and opinions remain our own.

Is the best apple pie in the USA really in Julian, California?

Apple pie is as American as the stars and stripes of Old Glory, but not all apple pie is made equal. We explore the…