Pick a hotel – any hotel – wherever you go in the world and you’ll find on the room service menu the humble club sandwich. But is it really all that humble? Why is it always there? Where does it come from? And what’s in it exactly? 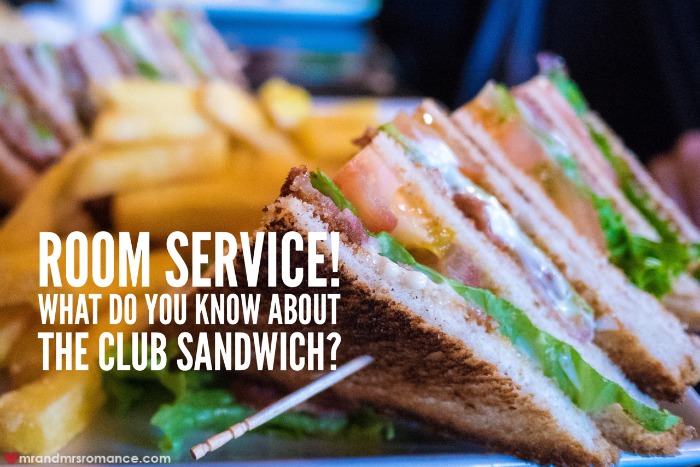 The ubiquitous club sandwich. It’s as much a part of a hotel as the beds in the rooms and seats in the lobby.

It’s the grandfather of triple-deck sandwich, and even now it’s only second to a Big Mac in its three-layer fame.

Since the 1800s, the club sandwich has found its way onto many a table – even England’s King Edward VIII’s. The sandwich is thought to have originated in the Saratoga Club House – an exclusive men’s gambling club in upstate New York in the late 1800s.

But what’s in it?

These days, the usual way it works is as follows:

Then stick 4 cocktail skewers or toothpicks through the sandwich about an inch in from each corner.

Cut the sandwich into quarters.

Alternatively, use 2 skewers and cut the sandwich in half.

People have been known to replace all kinds of ingredients in the club – turkey instead of chicken is common, as is using ham instead of bacon. But there are others that use all kinds of crazy ingredients to pimp this ride. Beluga caviar, Wagyu beef and Balik salmon… I ask you, why try to gild a perfectly delicious lily? 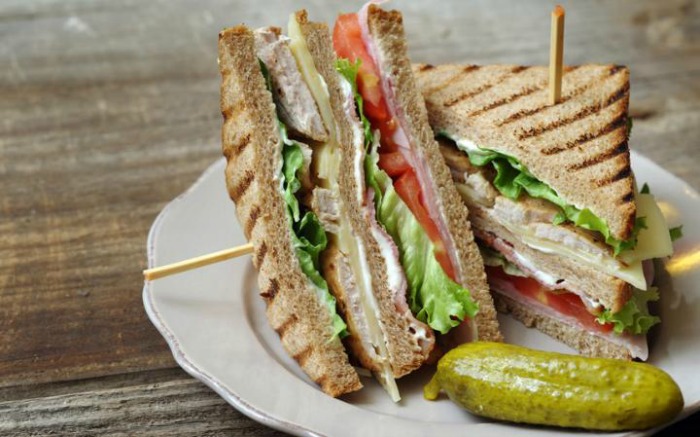 Mind you, we have had a go at customising the club sandwich ourselves. A while ago, we came up with a san choi bow style club here. It’s gluten free and almost good for you!

When I was a kid I had a go at making my own triple-decker sandwiches. I had mixed results – all of which my parents were forced to try a bite and then smile encouragingly.

Needless to say none of my creations were a mark on the club.

One other idea I quite like is a healthy version of the club sandwich on the Greatest.com. There’s even an awesome illustration to go with it: 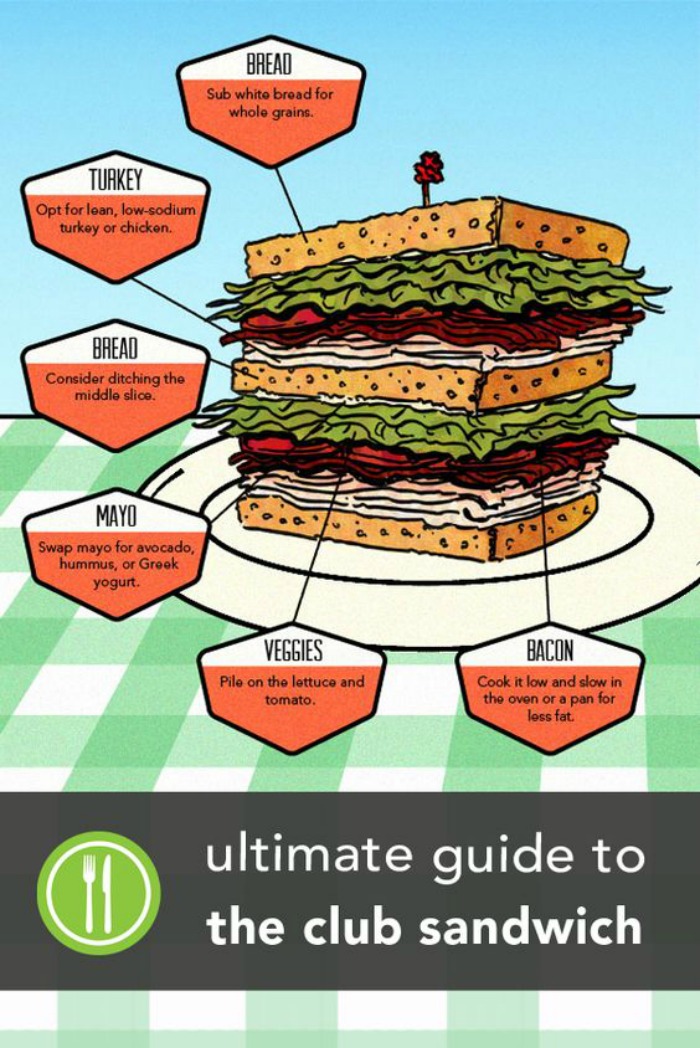 Illustration by Shannon Orcutt and courtesy of Greatest.com.

And if you’re looking for the best club sandwich in Australia, you’ll need to get a booking at the beautiful Langham Hotel in Sydney. Their award-winning club sandwich sounds and looks like this: 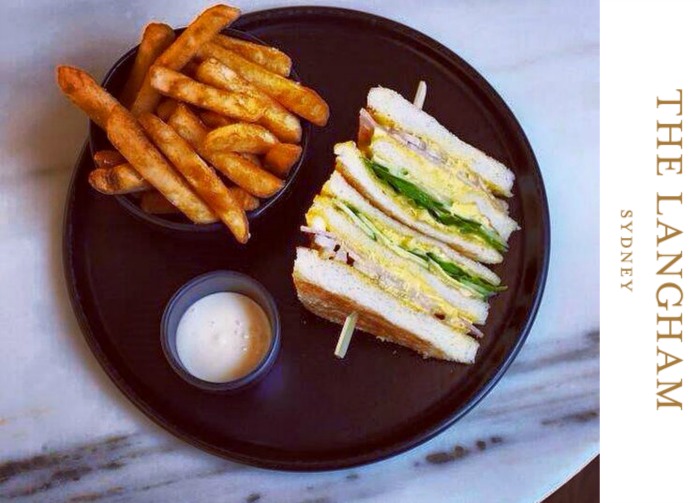 An impressive collection of sandwich fillings, I must admit. I’m not sure if this is really a true club sandwich though.

It sounds more like a grown up version of one of my weird triple-decker creations as a kid. I suppose the test would be to describe it to Mum and Dad – see if they rock themselves into the foetal position. 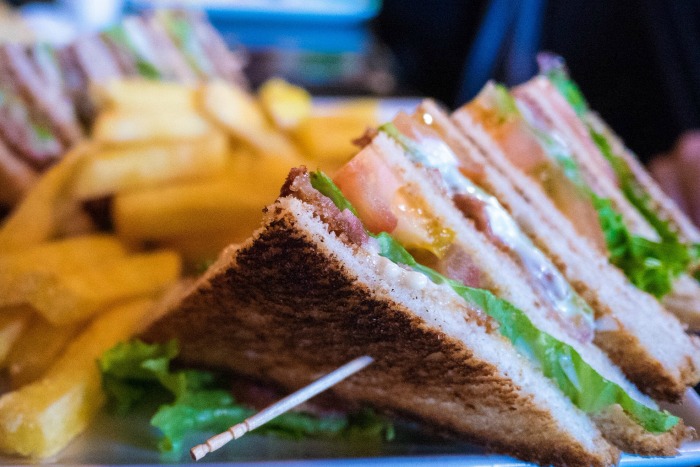 What do you think of the club sandwich? Do you usually order one when you’re in a hotel? Are you a crust-on or crust-off type? Tell us your thoughts in the comments!

Could these be the best ribs in Sydney?

Is it possible we’ve found the best ribs in Sydney? Could it be that we’ve hit upon this foodie holy grail? Controversial, isn’t it? If…