From huge water spouts to full breach leaps from the ocean, the Queensland coast around Hervey Bay is a humpback playground. The perfect place for whale-watching. Here’s who to sail with, when to go and what to expect. 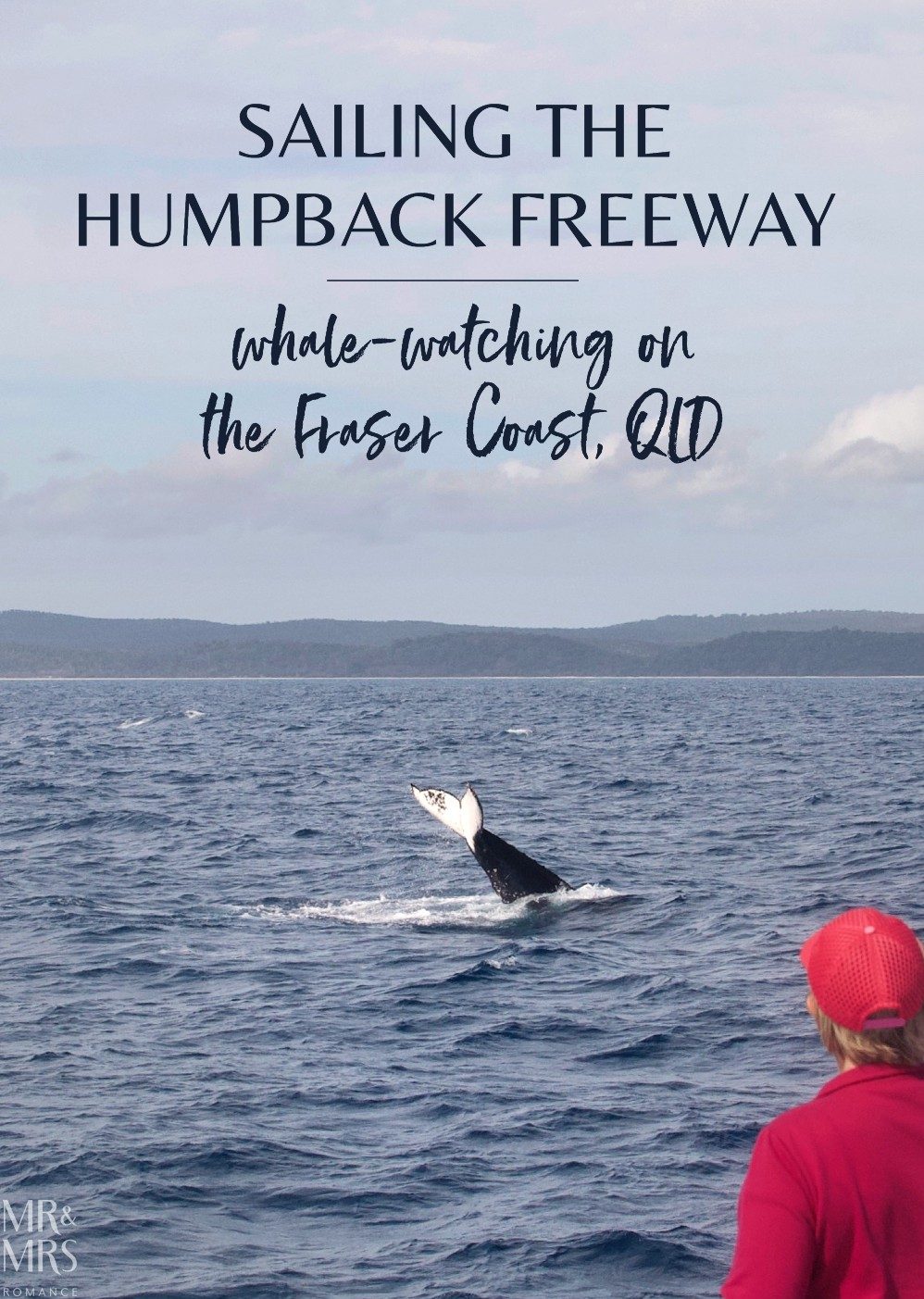 As the peaceful waters of the Fraser Coast erupt for the first time into white foam and sudden waves, the beautiful monstrous culprit emerges black and white and barnacled.

There’s a collective gasp from our little group of whale-watchers aboard the Freedom III – a 17m catamaran formerly owned by documentary maker Ben Cropp – and whose son Adam we happened to sail with on the National Geographic Orion.

But few things make you feel smaller than when you see your first humpback whale in the wild. 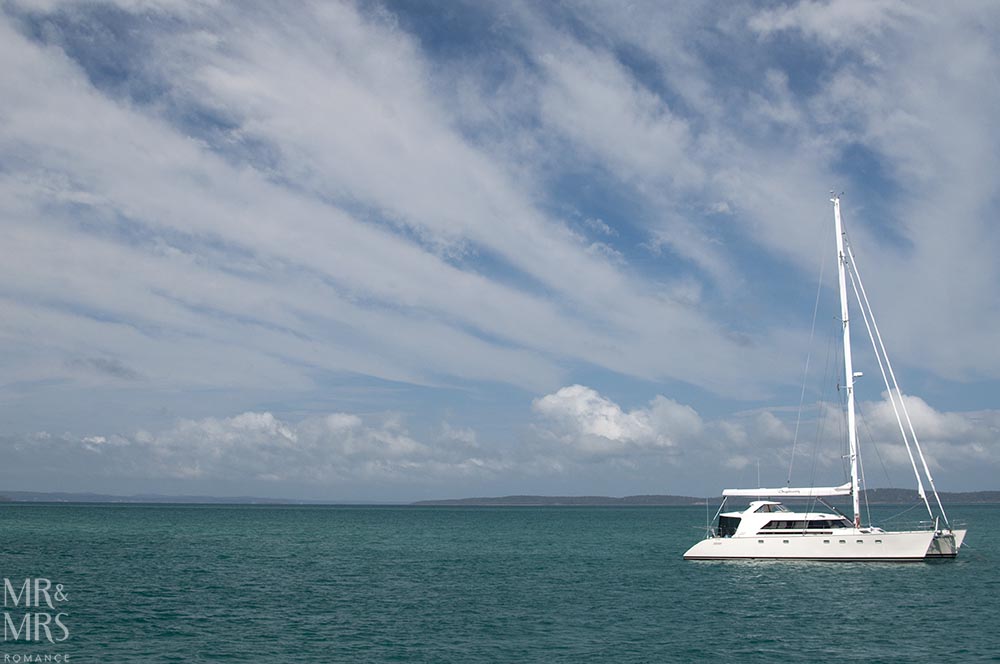 In fact, it’s hard to describe how you feel when you first see a whale.

The sensation begins as a glow inside you. It starts in your chest, works its way to your stomach and tingles spread out through the rest of your body and ends in the biggest grin you’ve ever worn. It’s… amazing.

And because of an annual culmination of perfect conditions, Hervey Bay on the Queensland coast is one of the best places in the world to experience this ‘whale glow’.

Check out our video of our day out on the water with Freedom III and the amazing humpback whales:

Between mid-July and late October, around 3,000 humpbacks cruise around the Hervey Bay area with their newborns.

The humpbacks that breed and birth in this part of the world all congregate here because of the calm, warm waters off the Fraser Coast. They use the area as a training ground for their newborn calves, so they hang around for quite a while before starting their migration south again.

What do you see?

There are several different whale behaviours to watch out for – I think we were lucky enough to see all but one of them on our day out there: 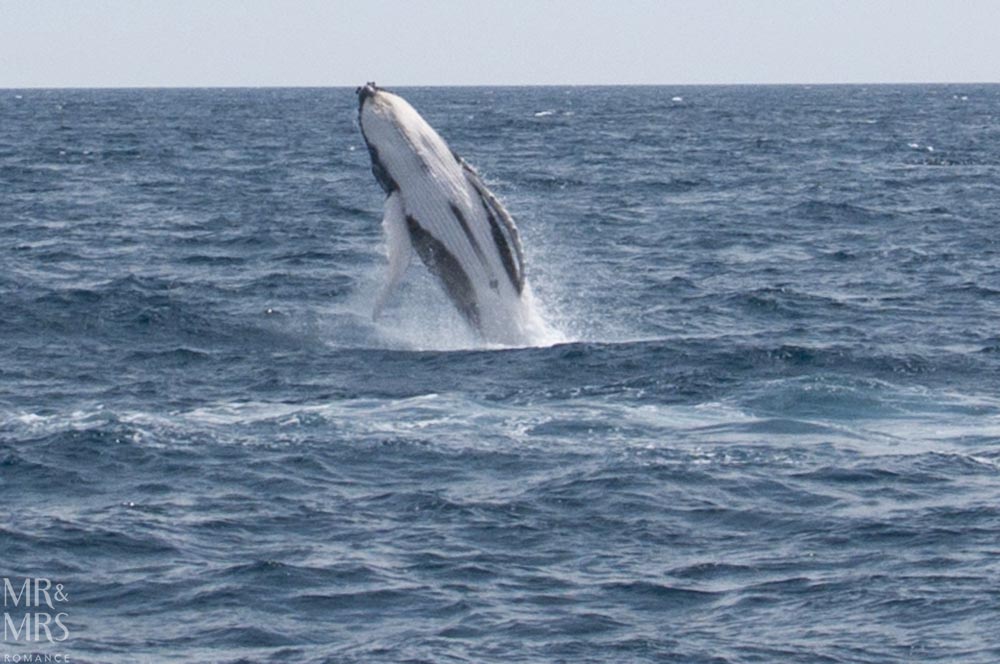 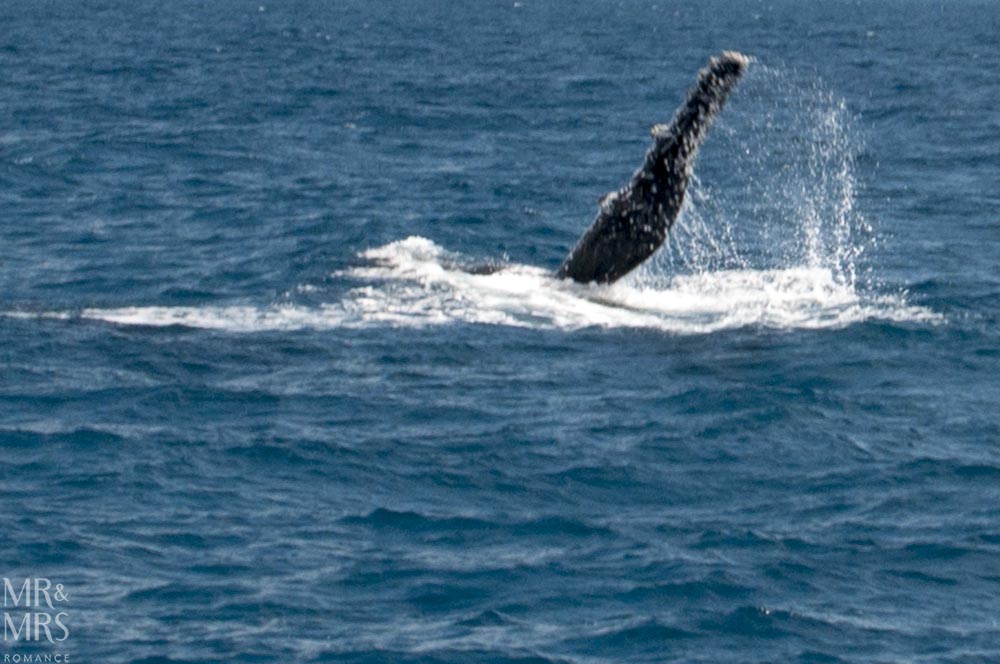 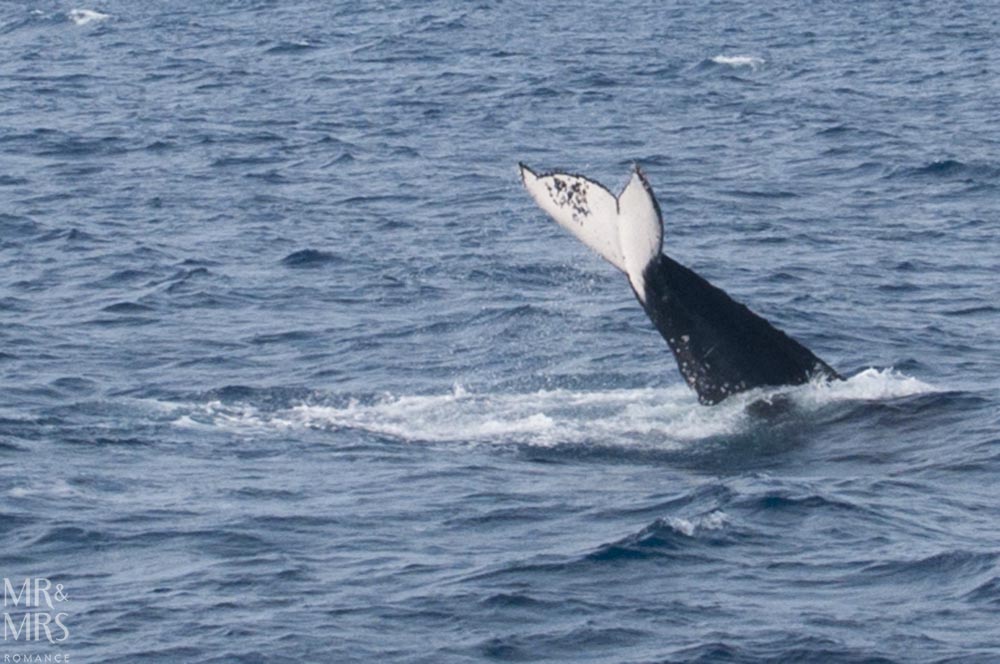 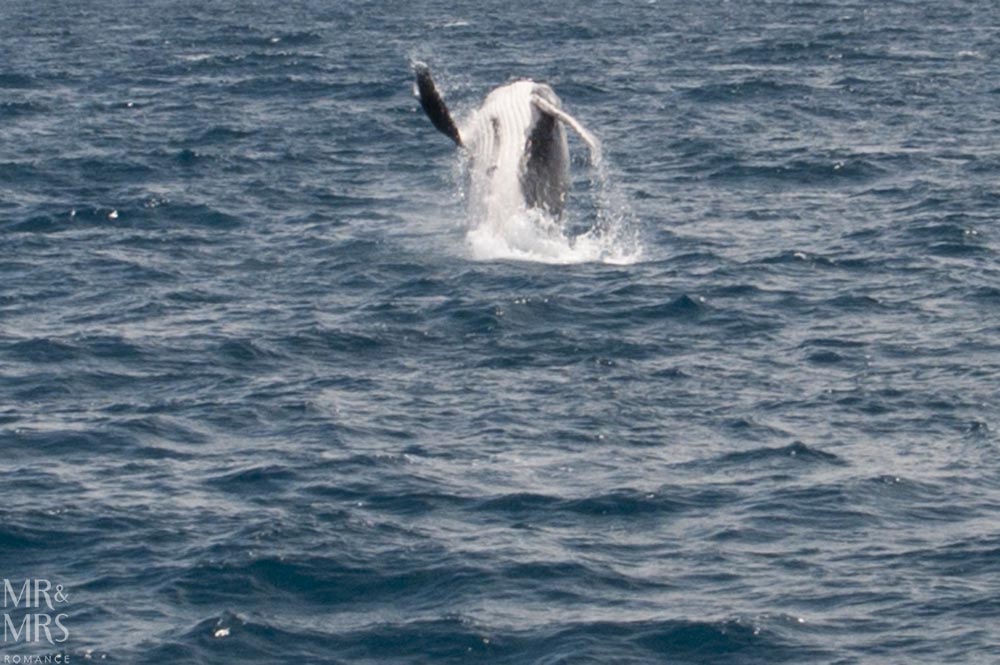 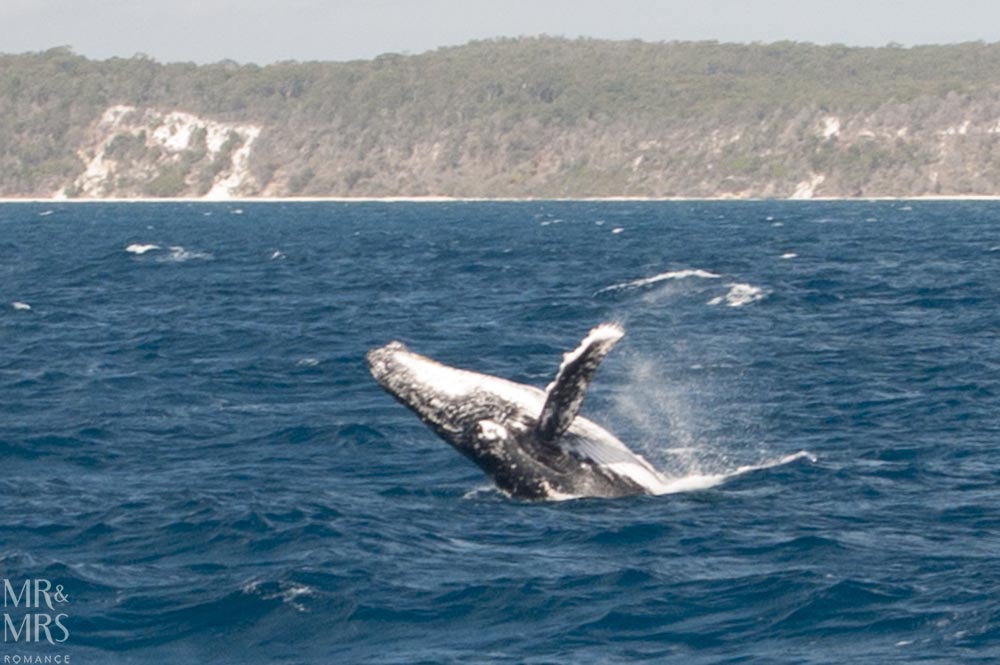 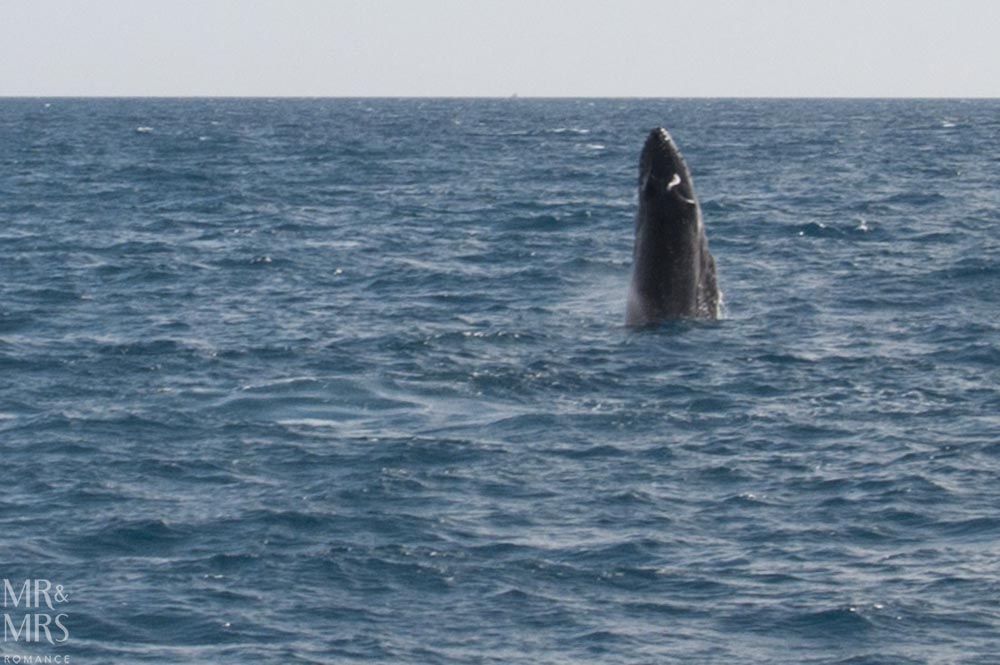 So, you’ll definitely see humpbacks. We weren’t sure if we’d see anything, but at one point we were surrounded by about four pods of whales. It was amazing.

You’ll also probably see baby whales! We were lucky enough to see a mother teacher her calf different behaviours, which was very special.

There’s also a good chance you’ll see dolphins and turtles, and there are sharks in the area too.

Who do you go with?

There are lots of whale watching cruises all up the east coast of Australia. A lot of them are huge, glass monsters crammed with people, with not much room to move. They often only offer half-day trips, so they’re quite cheap.

On the other hand, for a bit more money, we’d recommend Freedom Whale Watch & Charters leaving from Hervey Bay. It’s a smaller boat, it’s only got two levels and the deck all the way round is open, it’s popular with the Grey Nomads, which I always see as a good sign of quality and comfort, and Captain Keith Reid is an ex-chef, so the food’s great.

Freedom Whale Watch is also a family-run outfit, which is the sort of thing Jim and I love to support. 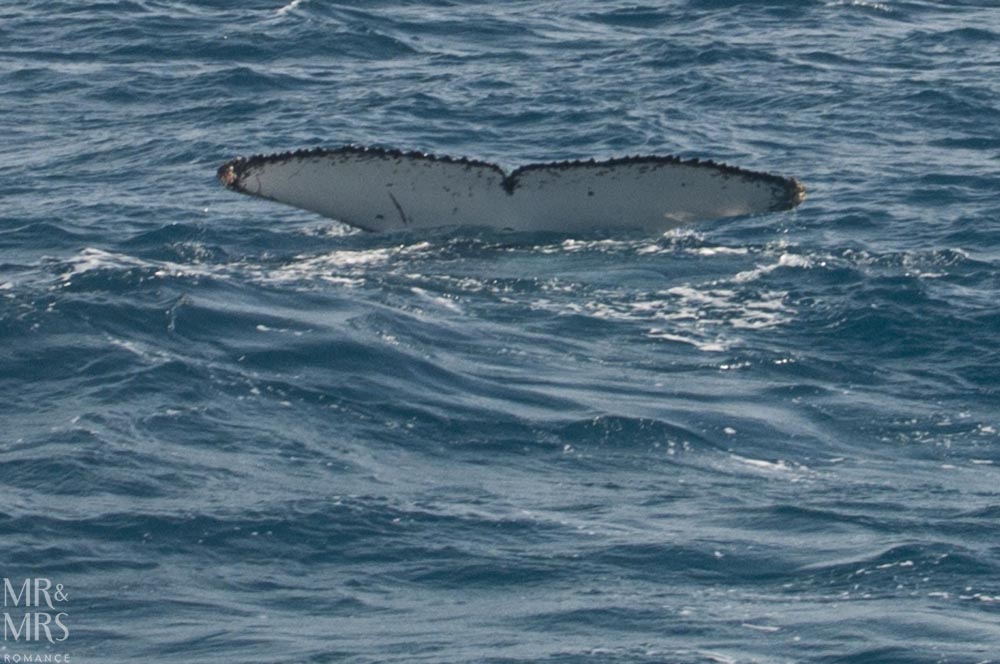 How long does it take?

A lot of tours are half-day cruises and can feel a bit rushed. One of the things we liked about Freedom Whale Watch was it does three-quarter day tours. This means you get more time on the water spotting for these amazing animals… and eating Captain Keith’s profiteroles!

We left Hervey Bay at about 10am and returned at about 4.30pm.

Captain Keith tells us our trip was one of the roughest he’s done – and I see what he means when he shows us some photos from previous trips. More often than not the waters around Hervey Bay are mill-pond still and clear as glass.

The water was a bit choppy at times but we still saw something like 25-30 whales. Some came within about 2 metres of our ride.

We saw two huge adult humpbacks – both breaching. We saw lots of mothers and calves. We also saw a mother, her calf and an escort. This is where a large male swims with the two to protect them. Very impressive.

The addiction of whale watching

Aboard the Freedom III is Sue, who’s been coming back to see the whales every season – and every day of each season – since 2007.

Her addiction started from her very first whale-watching trip: she asked Captain Keith how she’d know if it’d been a good day. Keith told her she should come back tomorrow, so she did.

And that was her hooked.

This was no surprise to us. If we could go out there every day, we most definitely would.

The funny thing is Sue lives in Port Stephens, a popular whale watching spot in NSW. But she still visits Hervey Bay every year between July and October to see the humpbacks on their migration.

Sue stays in town for one to two weeks and goes out on the Freedom III every day she’s there. That’s how good it is.

The humpbacks are in town for about 100 days so book in early with Freedom III for one of the most amazing experiences you’ll ever have.

Have you ever been whale watching? What’s the closest encounter with nature you’ve had? Tell us in the comments.

We travelled as media with Tourism & Events Queensland. 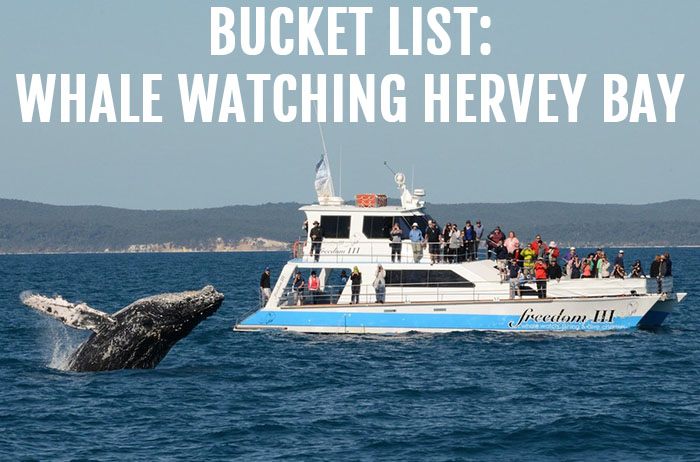 A bushwalk, a blood moon and Wine & Food Festival in the Hunter Valley begins

It seems that all too often we’re either too busy or too self-critical to stop for a moment and smell the roses we’ve planted….