Broome in northwestern WA, Australia is a place on many people’s travel bucket lists. The image of camel trains riding along the beach as the sun sets into the Indian Ocean is iconic to Broome. The downside is it can be very expensive. But here’s how you can visit Broome on a budget. We visited Broome a little while ago and were surprised at the prices of some things. Yes, it’s remote, so getting stuff here is expensive, time-consuming and costly.

Thanks to the mining boom that’s forced prices throughout Western Australia up, so the cost of living for locals and even more so for tourists is through the roof.

Having said that, there are ways to save money. So if you’ve spent all your cash getting here – yes, flights are expensive – here are some of the ways we’ve discovered to see Broome on a budget:

Probably the cheapest place to stay in Broome. Be warned though, it’s more like a hostel than a hotel, and more like a pub than either. It gets pretty rowdy so probably not great for young families… or people who value an early night! 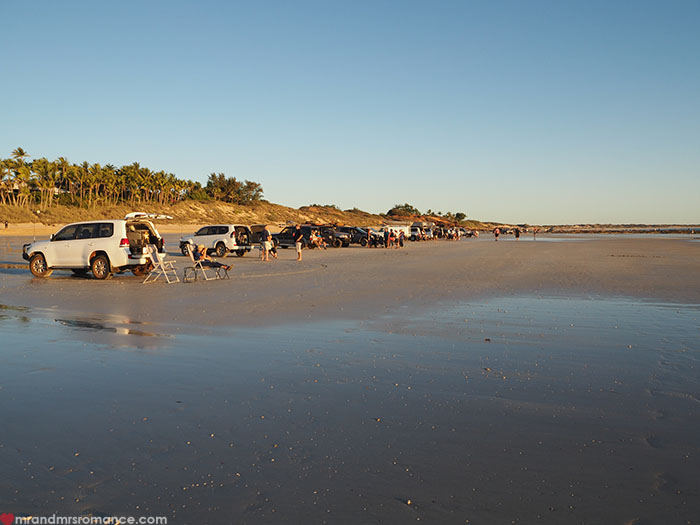 About 20kms out of town, the bird observatory sees hundreds of thousands of birds visit the mudflats and stunning coastline annually. Camping fees are from $15 per night.

There are other camping and caravan parks in Broome – check out the visitors’ centre here http://www.visitbroome.com.au/bookings/caravan-parks – but as a rule, expect to pay more than you’d normally pay. Broome is expensive

The Shady Lane Café, tucked away in Johnny Chi Lane and boasts the best brews. Also Dragonfly Café in Chinatown does great sandwiches and salads.

Cheap beer, Tuesday night bingo and some true Kimberley characters, including Akira Masuda, one of the original pearl divers, who’s survived the Bends more than once.

The fish and chips at Cable Beach General Store and Café on the corner of Murray Road and Cable Beach Road are reasonably priced, plentiful and tasty.

Kebabs at Land of the Pharaohs with Egyptian owner Ingetje Tadros. 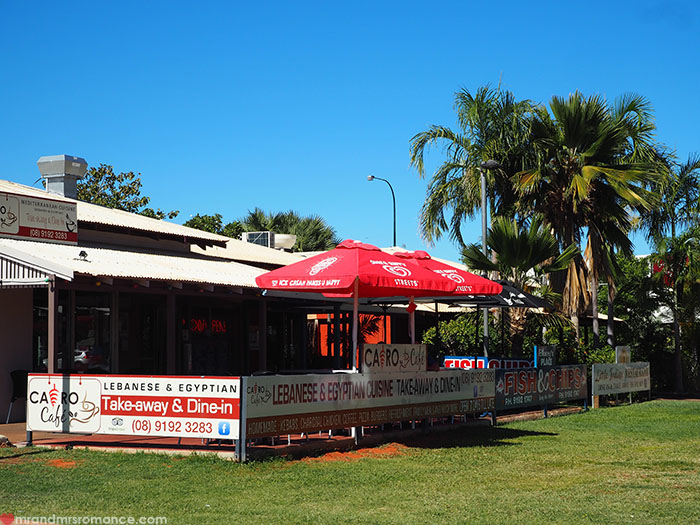 Catch your meal from the big black rock that appears at low tide next to the boat ramp at Entrance Point. Fish from the top of the rock and pull out blue bone and flag.

Fishing is also good from the jetty.

Matso’s is a must

Matso’s Brewery is a local icon brewing beer now enjoyed across the continent. If you’re going to spend your money on a brew and a belly-full anywhere, here’s the place.

The bars at Cable Beach have the view and the location, but they’re missing many other things, including service, range and reasonable pricings. Better off finding a bottle shop and sneaking a couple of takeaways onto the beach! 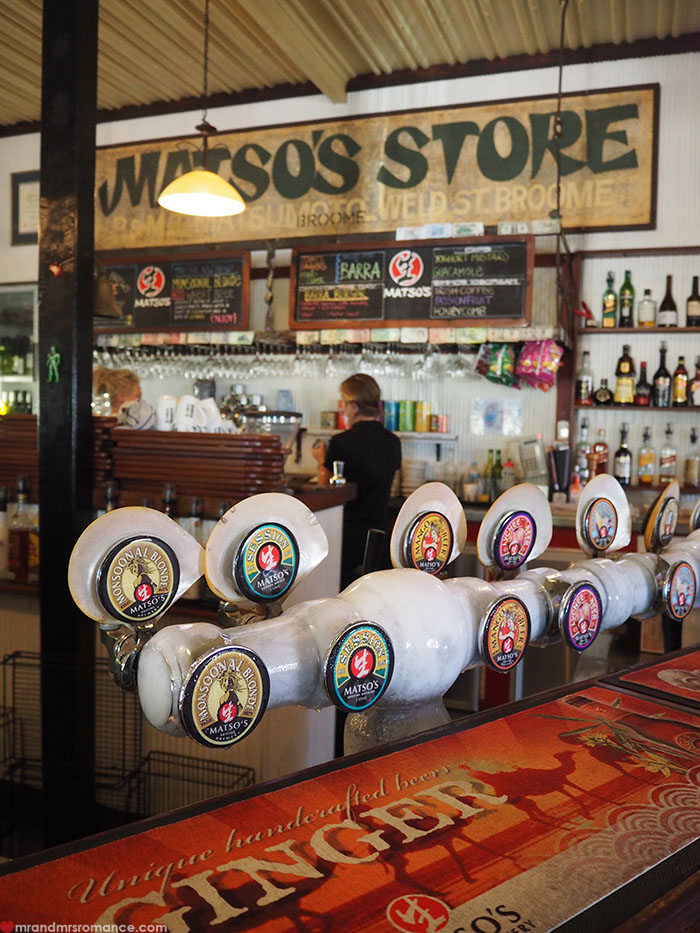 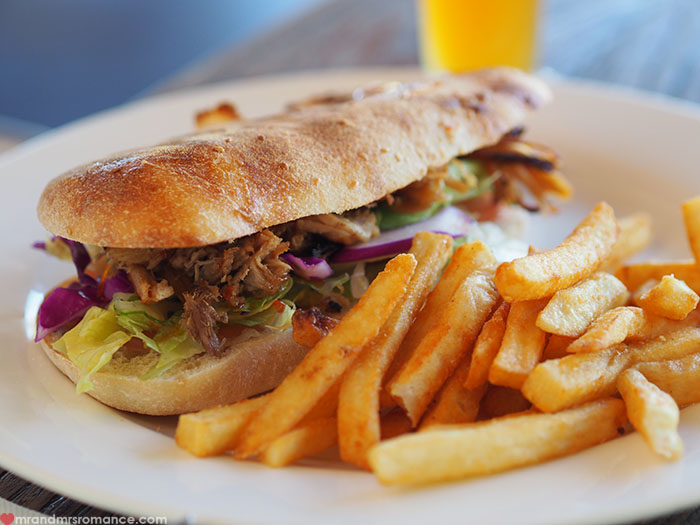 Enjoy a coffee from Town Beach Café or visit the Pioneer Cemetery on the hill. Careful though – the café’s not open on Sundays as we discovered. There are free barbecues and picnic tables, and a safe cove beach to have a dip. 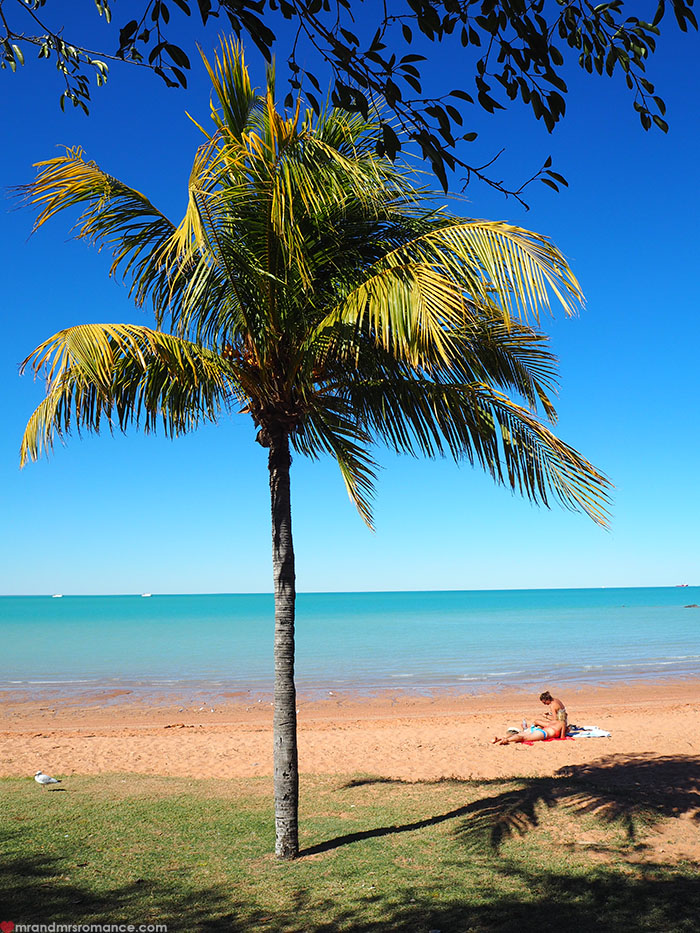 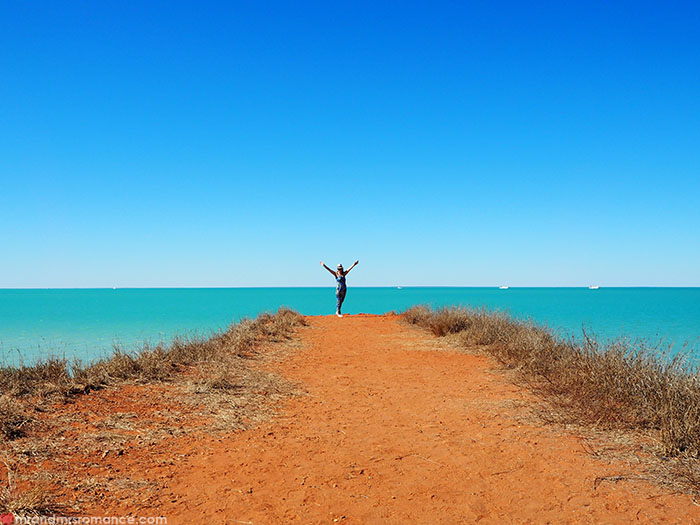 Gantheaume Point Beach is a dog-friendly local’s favourite where the fishing’s good, beach barbecues are in and the stars are always out. There are also cast replicas of dinosaur footprints in the rocks here. The originals are in fossilised reef rock, found at very low tides.

Broome’s most famous beach, this one’s a monster. It’s even got a kind of road, which, at low tide, locals drive down onto the sand to watch sunset, fish and enjoy barbecues. You can also see the camel trains here, which is quite a spectacle. 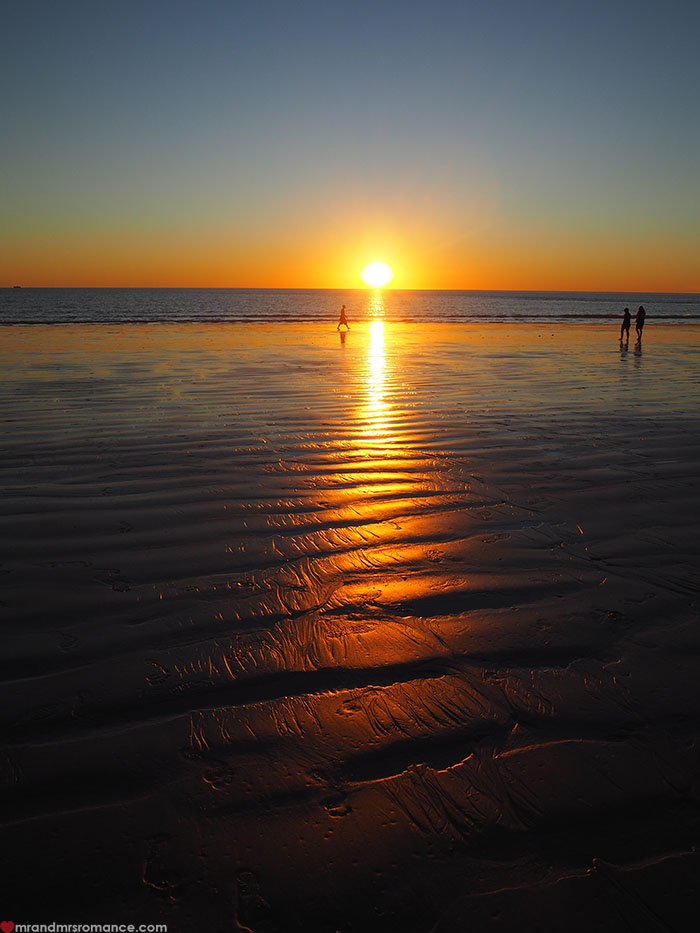 The town bus runs every half hour between 7.23am to 7.10pm. You can buy single tickets but it works out cheaper to buy a day ticket for $10. Times change during the wet season and public holidays.

Walking around town is feasible but if you want to get to Matso’s Brewery, Town Beach or Cable Beach, you’ll need transport… or a passion for long walks!

Markets and things to do

On evenings when the Moon is full, there are night markets at Town Beach where the locals come to enjoy the Southeast Asian style street hawker food and to see what other goodies are on sale.

You don’t have to pay to see this amazing spectacle. Just hang around on Cable Beach long enough until the camel trains come along.

Top Tip: Don’t stand in the way of the train – the guides will shout at you – and don’t try to walk too close behind them if you know what I mean! 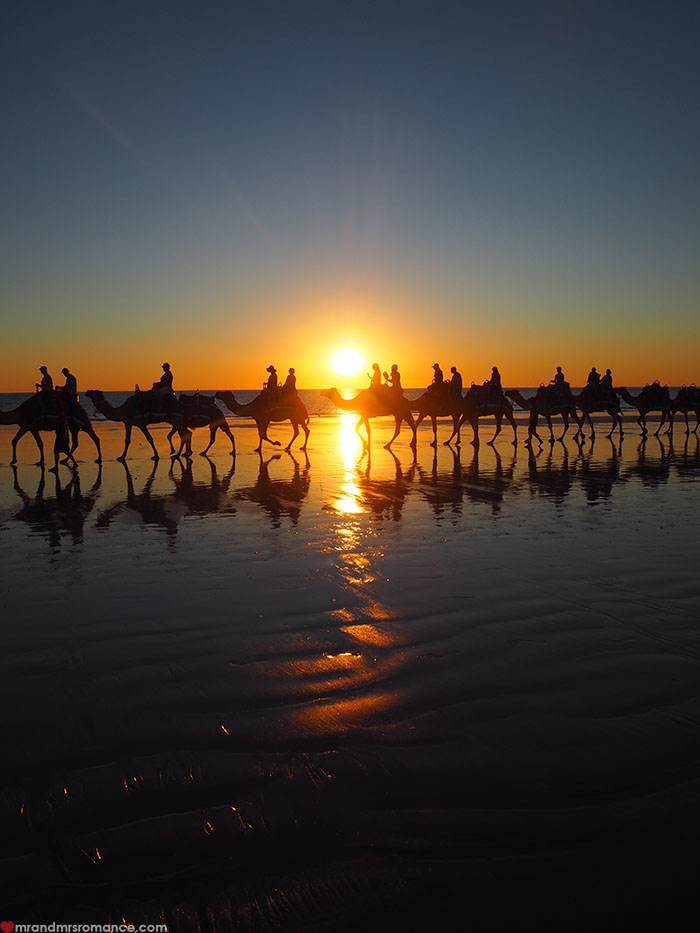 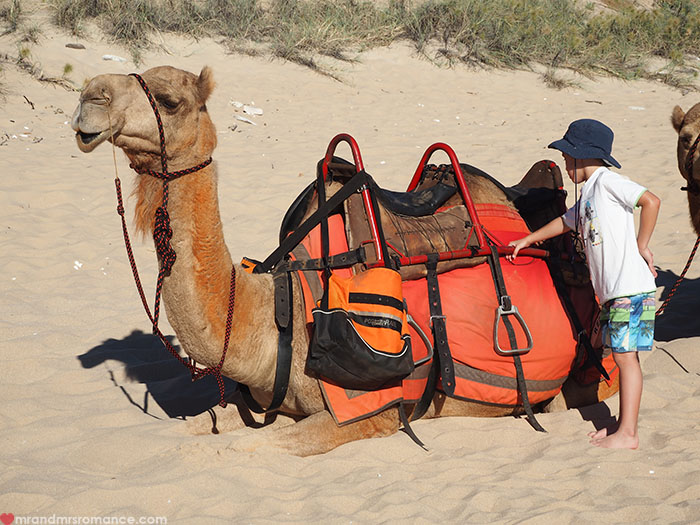 Minyirr Park, connected to Cable Beach, has 22km of signposted walking tracks through some typical Kimberly bushland. Watch out for Yawuru rangers patrolling the parklands. Their knowledge of the area is legendary.

Bats on the move

At dusk, keep an eye on the air – especially above Matso’s Brewery or the Mangrove Hotel as thousands of flying foxes take to the air for an evening feed over Roebuck Bay.

When Japanese airmen bombed Broome on 3/3/42, they sank a flotilla of flying boats moored at Roebuck Bay. Buried in the mud, they emerge at low tide, when you can walk out to see them. 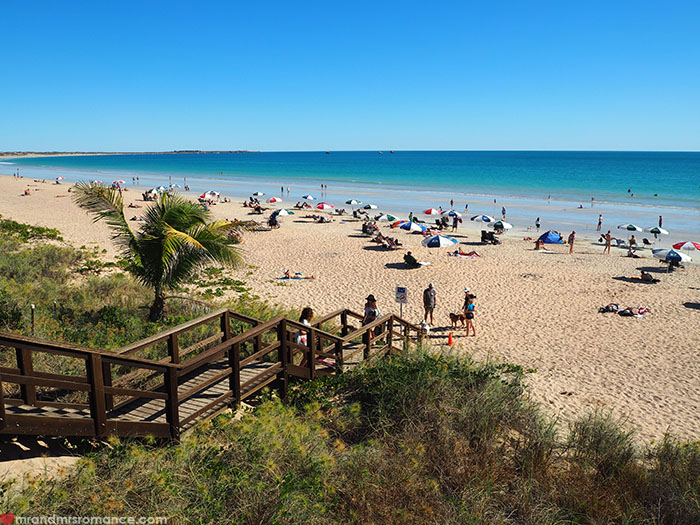 Crab racing at the Beer and Satay Hut pub

This oddball pub on Walcott Street holds hermit crab races every Sunday night. Choose your crustacean for a $5 punt and win cash prizes. Beer’s cheap and the roast is renowned.

The Sun Pictures open-air cinema still has the feeling of when it opened in 1916. It’s the oldest operating picture garden in the world, and the deckchair seating, movie memorabilia and old box office make this a very special experience.

Staircase to the moon

As the full moon dips to the edge of the western horizon and the tide is out, the mud and sand flats come alight with the moon’s reflection. Because of the extreme tidal differences here (the Kimberly has the 2nd highest tidal flow in the world at around 7 metres), the effect is dazzling.

Broome is the gateway to the Kimberly, one of the most unique places in Australia if not the world. The nature, unusual geology, and indigenous history and prehistory you can find here is astounding. If you want to see a really special part of this island nation, you have to take advantage of being in 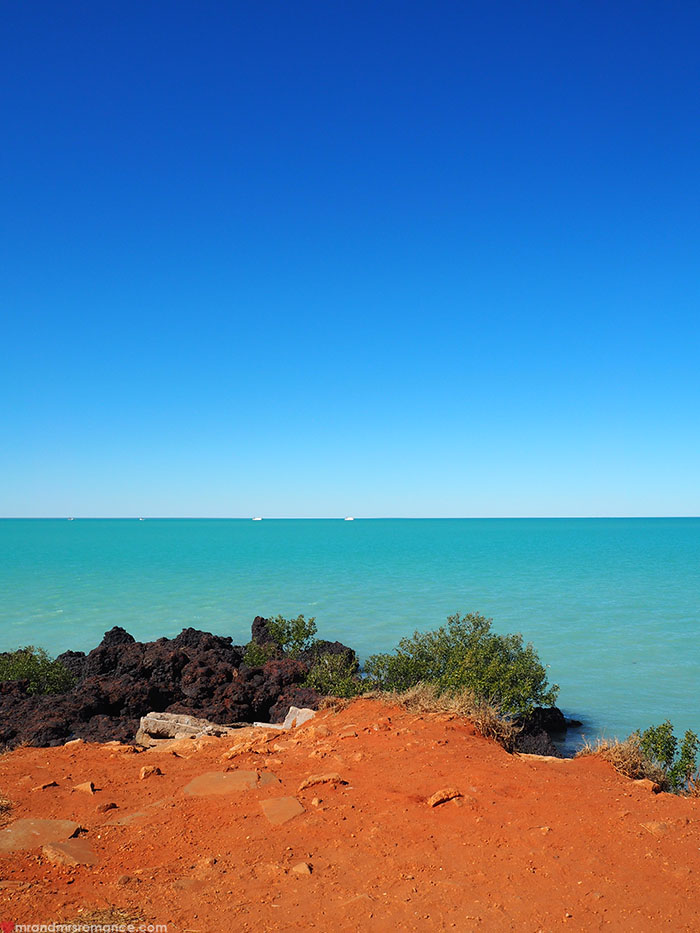 The Kimberly is its own mini tectonic plate called a craton. It was completely separate from the rest of Western Australia until about 1600 million years ago. When the two pieces collided, the incredible forces involved produced some spectacular results – as we discovered when we journeyed around the coast of this magnificent region. 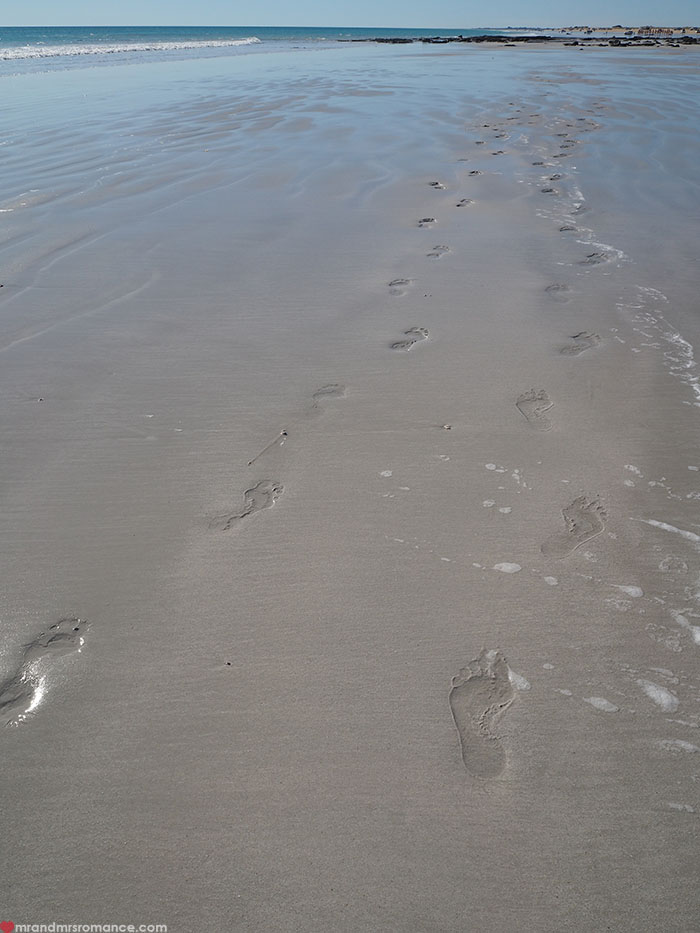 We love a local tip!

We’d like to thank the staff at Bali Hai Resort and Spa for helping us with this list. We were only in Broome for a couple of nights so we weren’t able to do all of these things. However, these are real tips from real locals, so they’re not only reliable, they’re probably not that widely known either.

Have you been to Broome? Do you have any tips on how to make this expensive town more affordable? Tell us in the comments!

A taste of the North – Cheshire and the Lake District

It always surprises me how little of the UK I’ve seen. I know it’s often the way of things – you explore your own…