Humble as it may seem, the BLT sandwich is a work of art in its own right, and crafting the perfect BLT a true skill. But this Kansas City Prohibition bar gets the BLT blue ribbon. We also have the secret recipe to world-beating buffalo wings. You’re welcome. 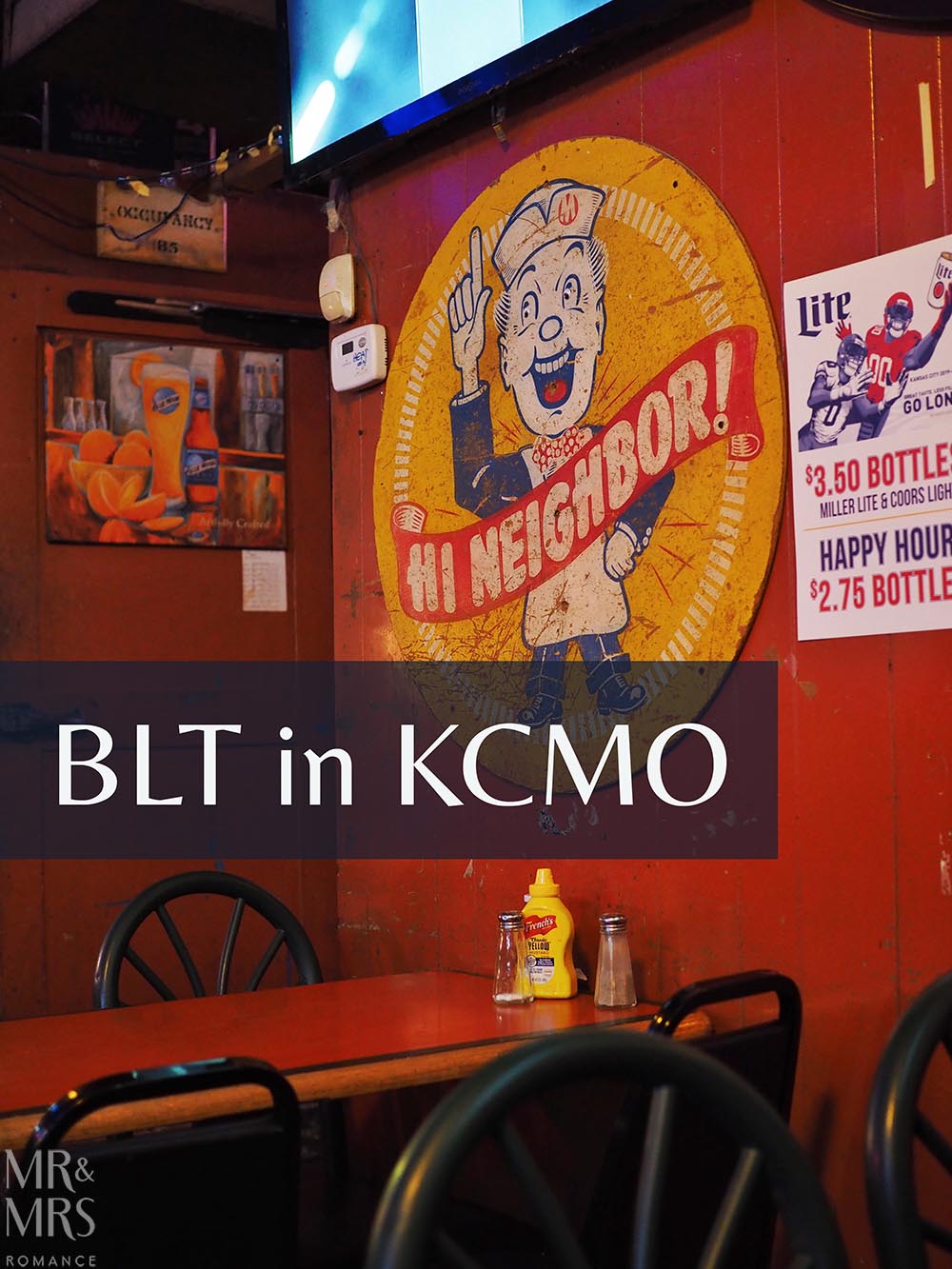 Opening a bar in Prohibition America sounds like financial suicide, doesn’t it? But for the Peanut on Kansas City’s Main Street, it’s proven to be a masterstroke.

Almost 90 years later, this local institution is still serving sippers and soaks the liquor and wine that would once have been tucked away behind its broad darkwood bar.

Windows, once painted to protect its patrons from police, now look out from a single-room bar packed with Americana gathered probably since the Peanut first opened in 1933. 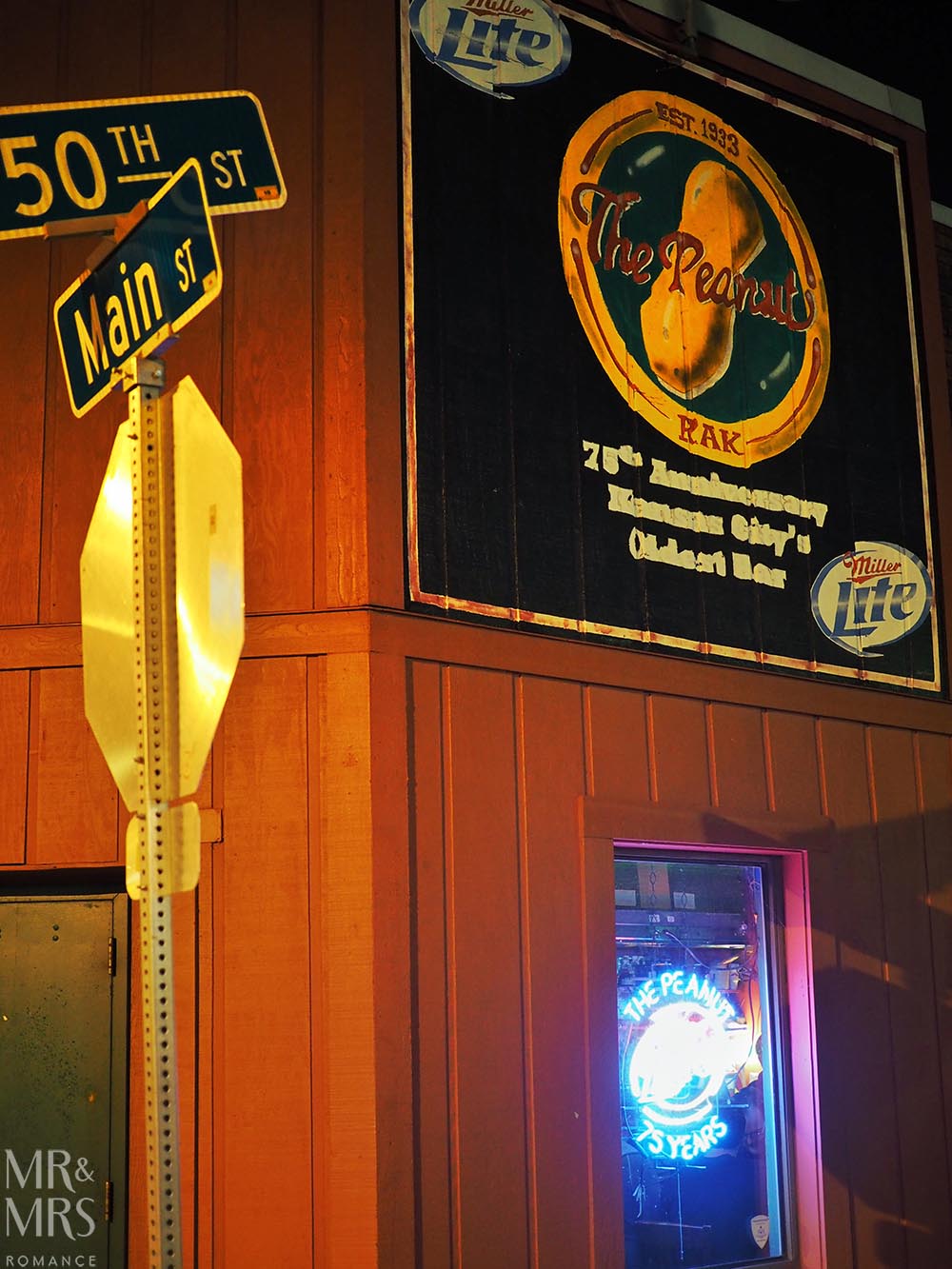 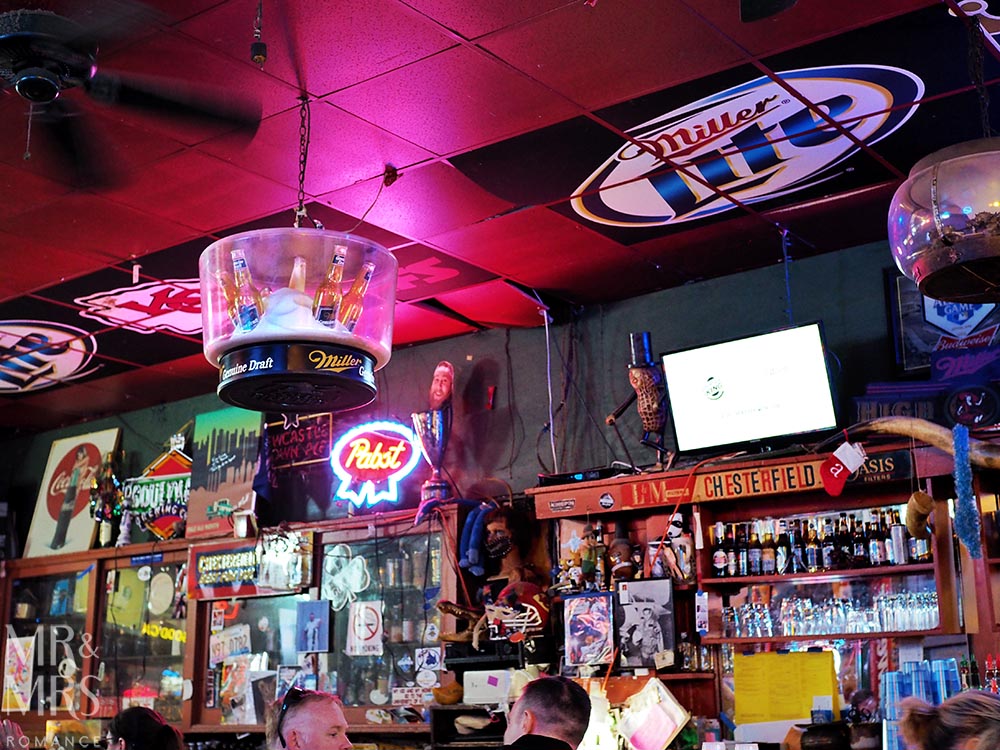 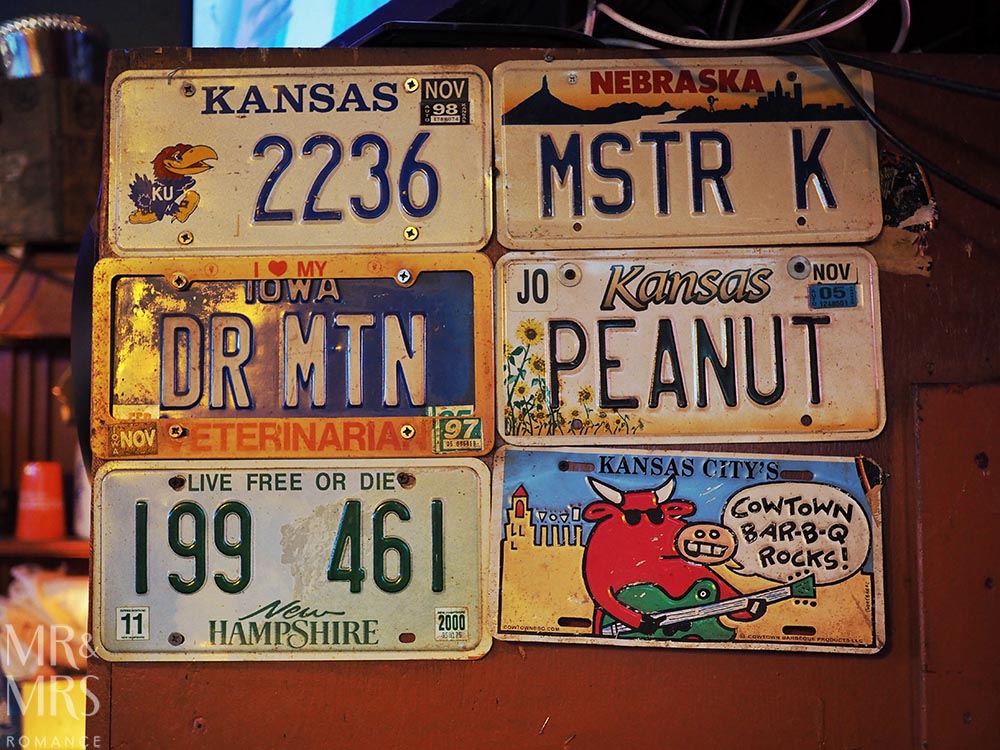 Amongst the beer posters, KC plates and odes to the Royals is an excerpt from a magazine review.

“At the Peanut, you will feel like a stranger for about, oh, 10 seconds,” its sub reads.

They got that right.

And perhaps it’s Kansas City’s Midwestern friendliness and hospitality that’s at play, but it’s evident that KCMO has comfort food down to a fine art.

If there’s any doubt of that, you need to check out our tour of Kansas City’s incredible barbecue scene.

At the Peanut, you will feel like a stranger for about, oh, 10 seconds.

But my first steps through the doors of the Peanut are one of those magical travel moments that I’ll always remember. And like many vivid memories, this one’s all about smell… more specifically the smell of food!

Eyes wide, I turn to Christina: “wow! Can you smell buffalo wings?”

Sure enough, within minutes of finding a table, our friends conjure a huge bowl of chicken; orange, sticky and unctuous – as the menu declares – ‘best wings in KC!’

You buy them by the dozen here at the Peanut, but when the bar’s chef, John Navarre, comes out to chat, it’s the BLTs he’s most pleased with. 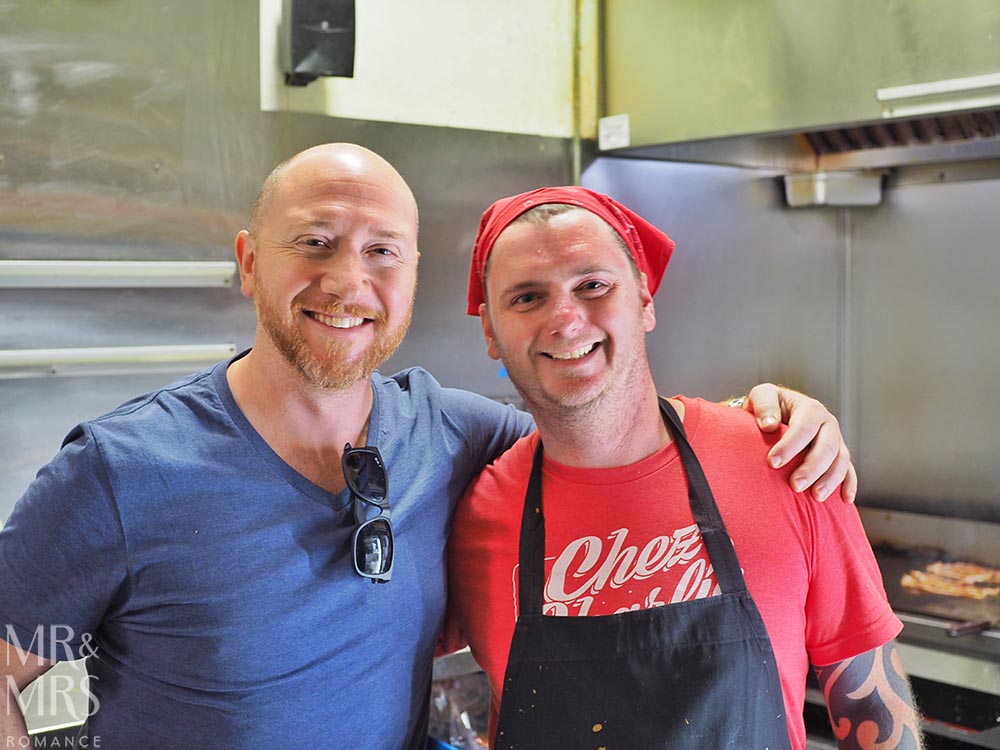 We dodge into the tiny kitchen at the back of the bar to see how John does it.

“Sure, the wings are good,” he shrugs. “You know what the secret sauce is?”

Grinning, he holds up two things next to the polished steal prep counter: a bottle of Frank’s Red Hot and butter.

“Equal parts, simple as that.”

Equal parts butter and an off-the-shelf sauce you can even buy in Australia. Brilliant. How audacious. But it works.

You also marinade the wings in plenty of black pepper overnight and fry them super-hot, so maybe not that simple. 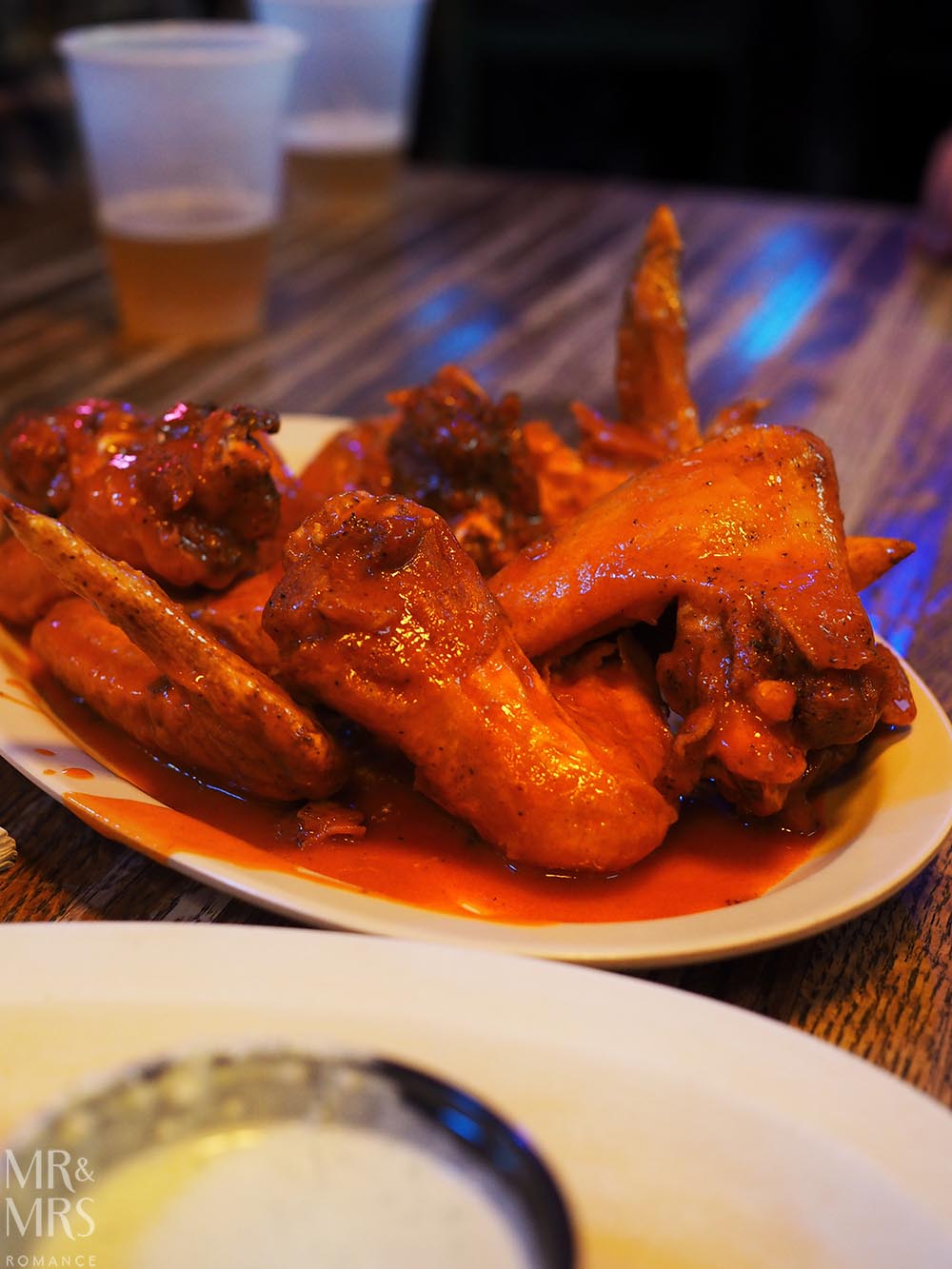 BLT at The Peanut – bacon, lettuce and tomato never tasted so good

As for the Peanut’s BLTs, they come from a recipe handed down through three generations.

I’m not sure if John Navarre was supposed to give it up, but here it is:

– Toast one side of the bread on the hotplate, then add mayonnaise and pepper.
– Then press lettuce over on itself and top with more mayo.
– Cut thick slices of tomato and then fry at least four long streaky bacon rashers until they’re very crispy, adding them in that order.
– Finally top with crated cheddar and topped with the other slice of bread, then turn the whole thing on the hotplate to toast the bread and melt the cheese.

The result is superlative. 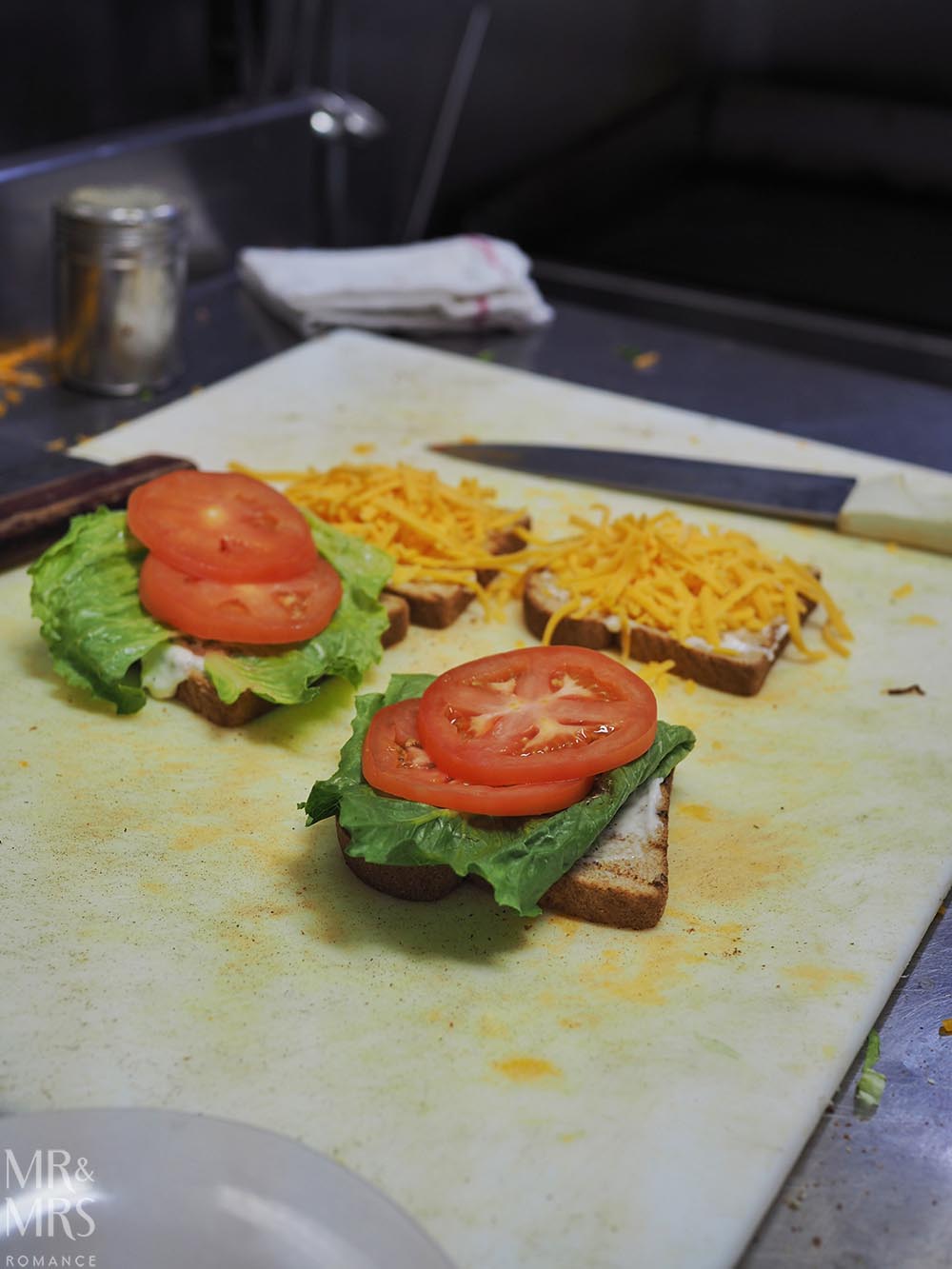 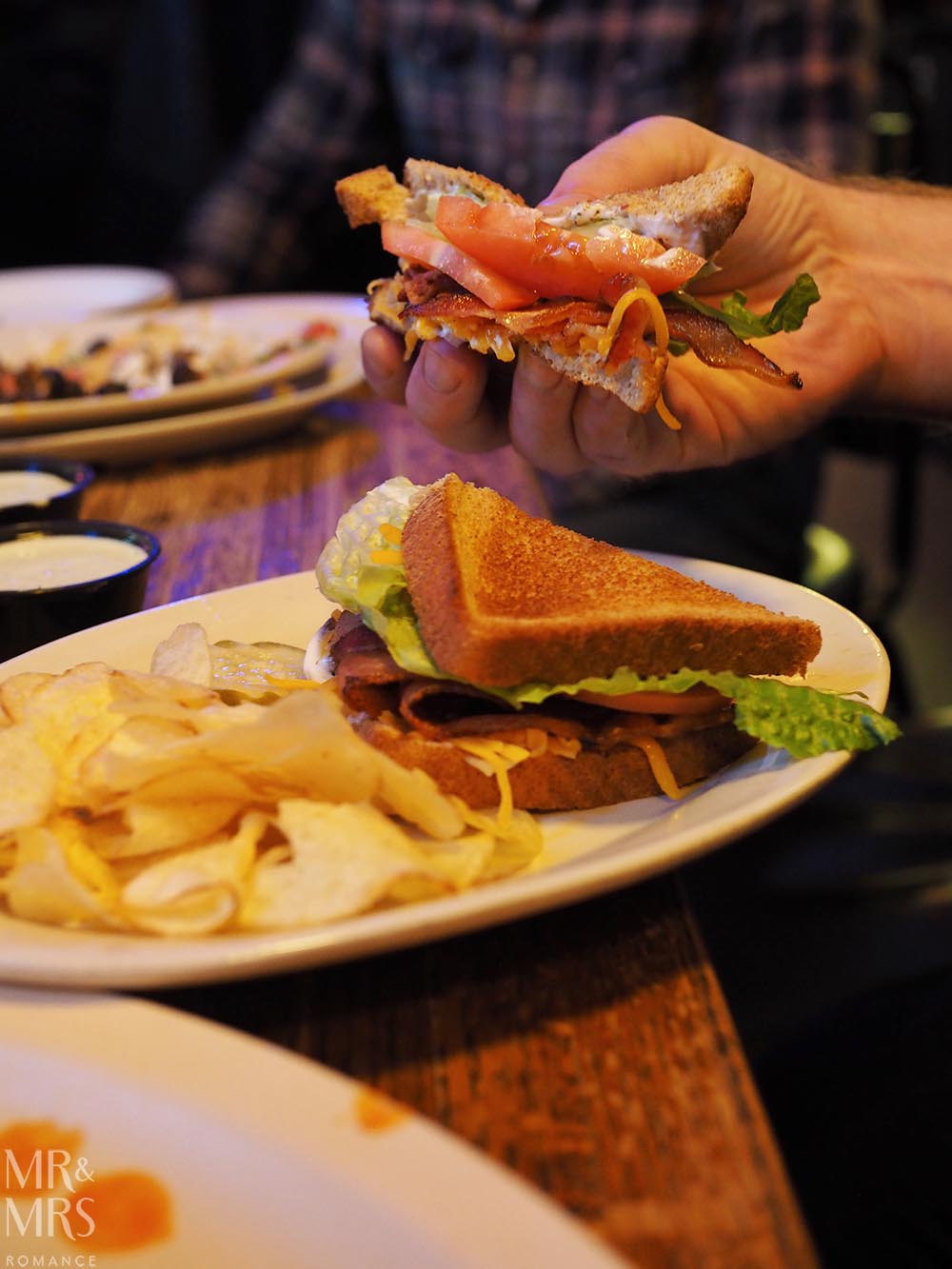 What else is up at the Peanut?

Apart from its impressive menu (the Nachos Supreme – a mountain of chips, queso, chilli, tomatoes, onions, black olives, cheese and of course sour cream – is the ultimate crowd-pleaser), the Peanut is a fascinating melting pot.

John Navarre tells us a bit more about the bar’s history. It got its name not from the most likely place of a classic bar snack, but from architecture. 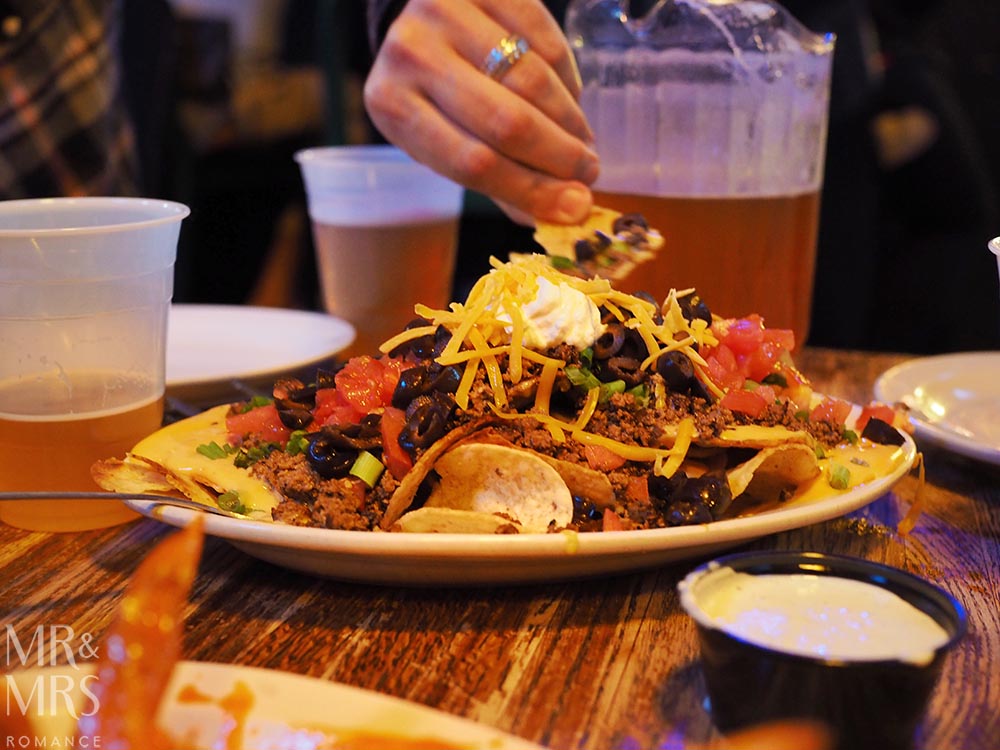 John tells us the Peanut’s a special place – it brings in locals from every walk of life. There’s something about this prohibition speakeasy and its careful blend of zane, history, sports and friendliness that brings folk in.

I think that review got it wrong though: it took us way less than 10 seconds to feel at home here. 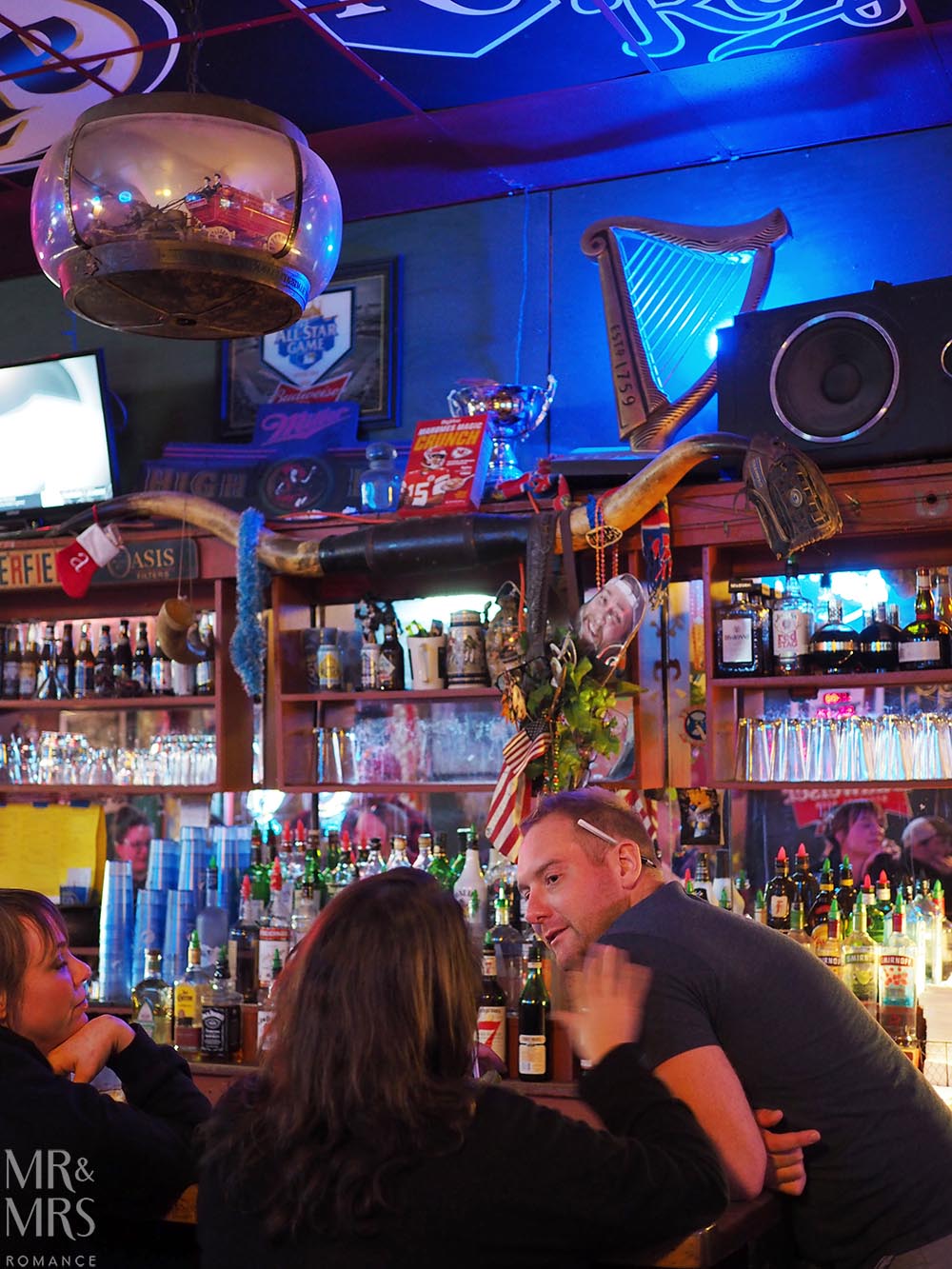 We sit back down at our table, leaving John to his covers – he’s the only one in the kitchen and has been for over three years now. The energy in the bar picks up – as does the noise.

The Chiefs are on the TV – and they’re winning. 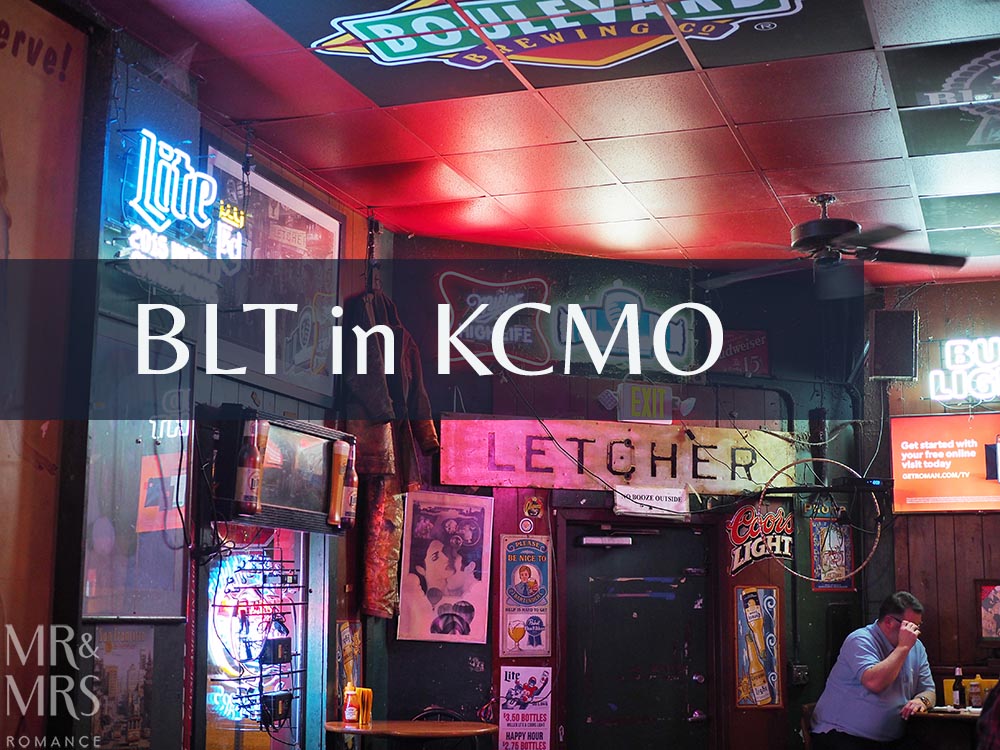