Bergamo – the wallflower city to Milan’s flourish of high fashion – is missing out on a lot of credit. Its bustling streets and hilltop Old Town have all the charm, romance and mystery of a fine Italian city. So why don’t more people come here? 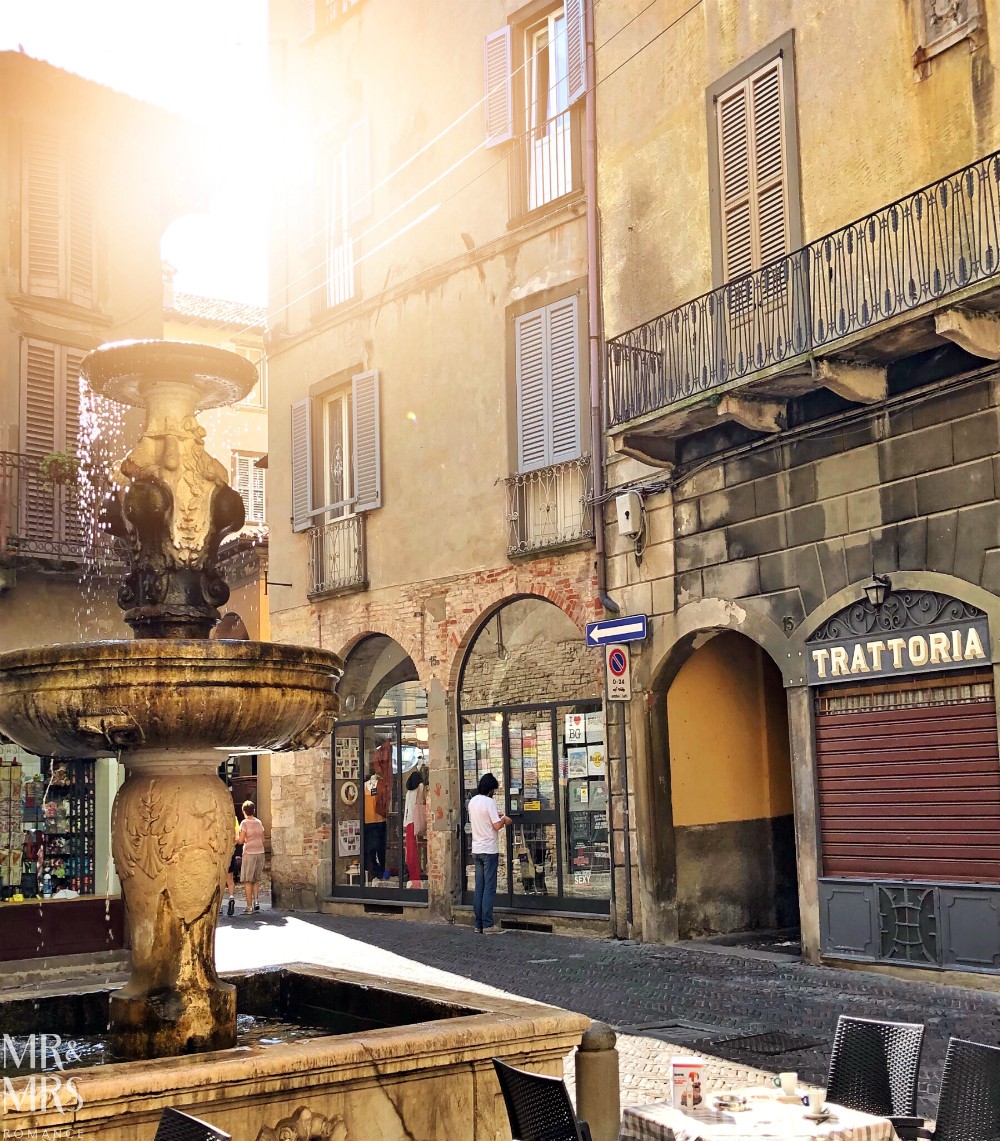 If I were to ask you to name the top 3 busiest airports in Italy, would you guess Bergamo’s Orio al Serio Airport was number 3? For a city that’s virtually unknown to most travellers, it’s got a pretty busy airport.

Like the other 6 million or so annual arrivals to BGY, we recently chose to fly in to Bergamo instead of Milan’s Malpensa Airport.

But rather than following the crowd to the train out of town, we hopped in a hire car and headed into town.

What we found still confuses us now. 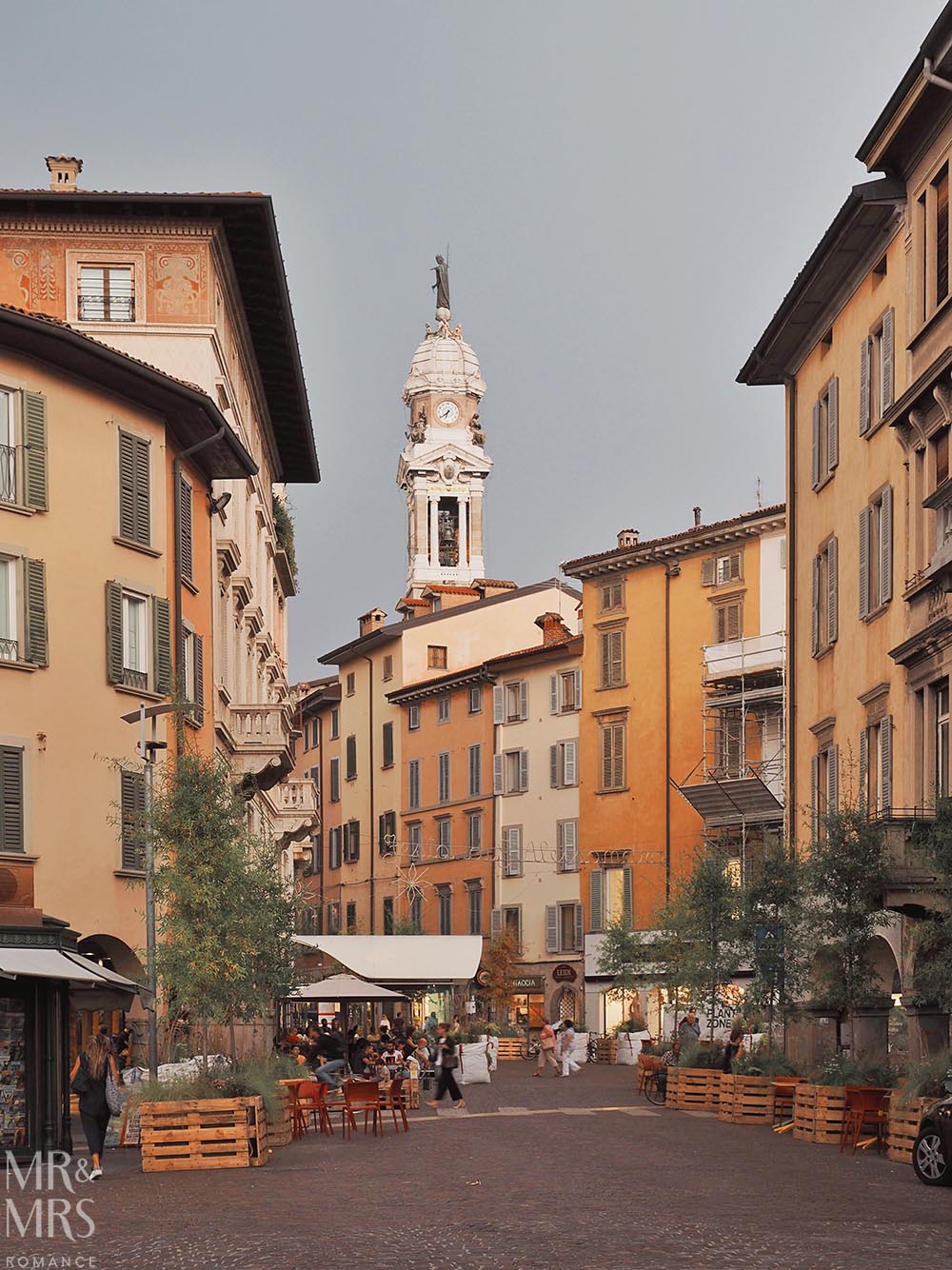 Bergamo is a small city, about 35 minutes northeast of Milan. It’s set out in two clear sections: Città Bassa – the modern lower part of the city and Città Alta – the original old part set high up on a hill.

Beautiful, ancient and atmospheric, the original Bergamo is a Venetian walled city on a hilltop and dates back to 16th Century.

As you explore the narrow twisting streets of cobblestones, there’s almost an air of Tuscany about this old town of Lombardy. Churches, regal piazzas and nook-like coffee bars accentuate the setting rich in history. 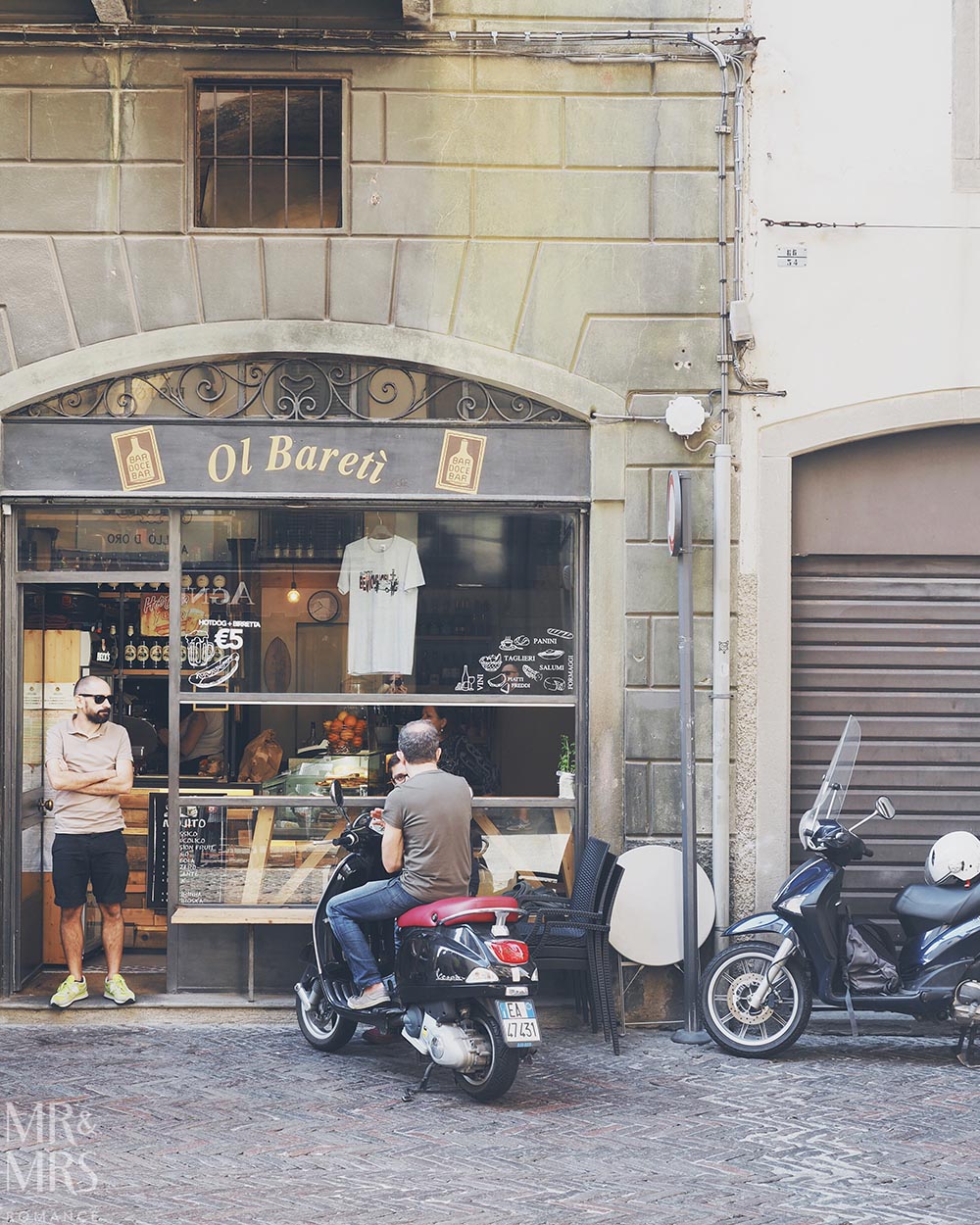 Things to do in Bergamo – Città Alta

There are two funicular trains that can take you up the steep hill to the historic Cittá Alta, which is a fun experience in itself. The trains are brightly coloured and full of old-world charm.

Just wandering the streets of the old town is a delight. Little shops and cafés line the narrow streets. Looming churches, elegant arches and spectacular views north towards the Alps should make Bergamo so much more of a destination than its lack of reputation suggests. 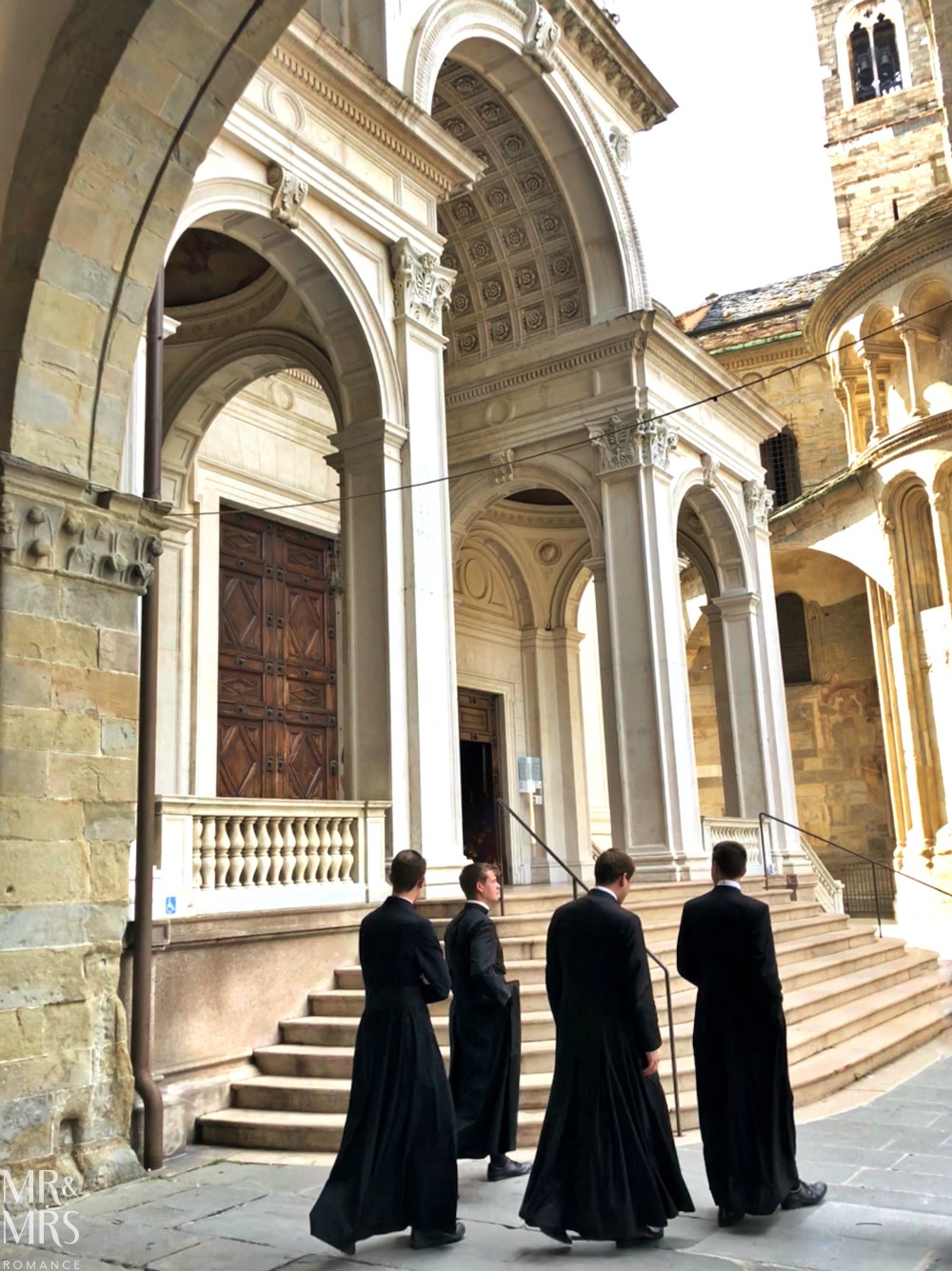 The Cittadella and its museums

This big courtyard in the east of Città Alta is sometimes used as a carpark, sometimes as a marketplace. But with the natural history museum and the archaeology museum both here, there are often fun displays like this full-size dinosaur model. 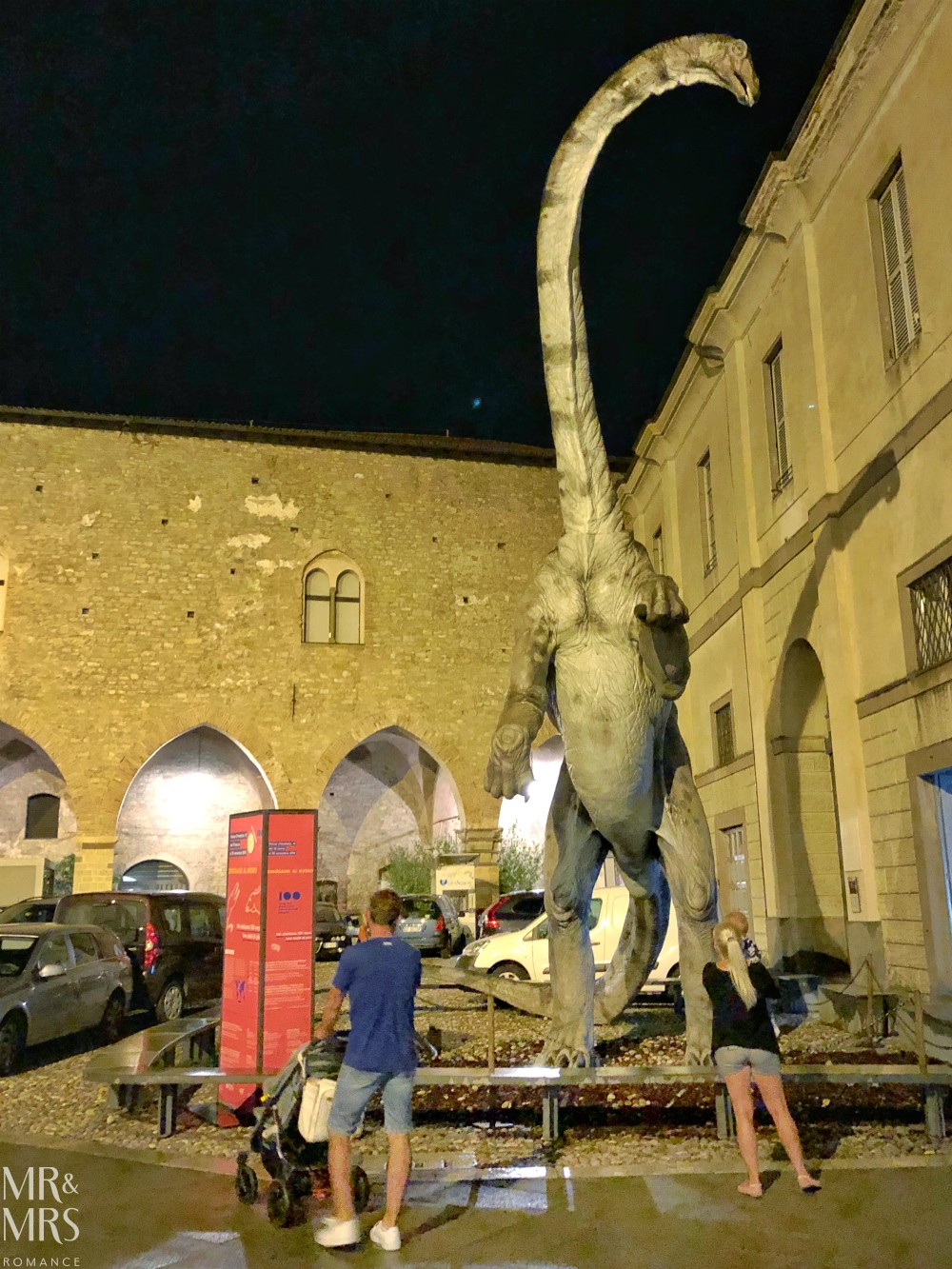 Central to the old town, Piazza Vecchia is a beautiful square surrounded with restaurants and often activated with interesting displays and events.

From here, you can walk through to the Basilica di Santa Maria Maggiore and its dominating spire, Bergamo Cathedral, and the Piazza Padre Reginaldo Giuliani. 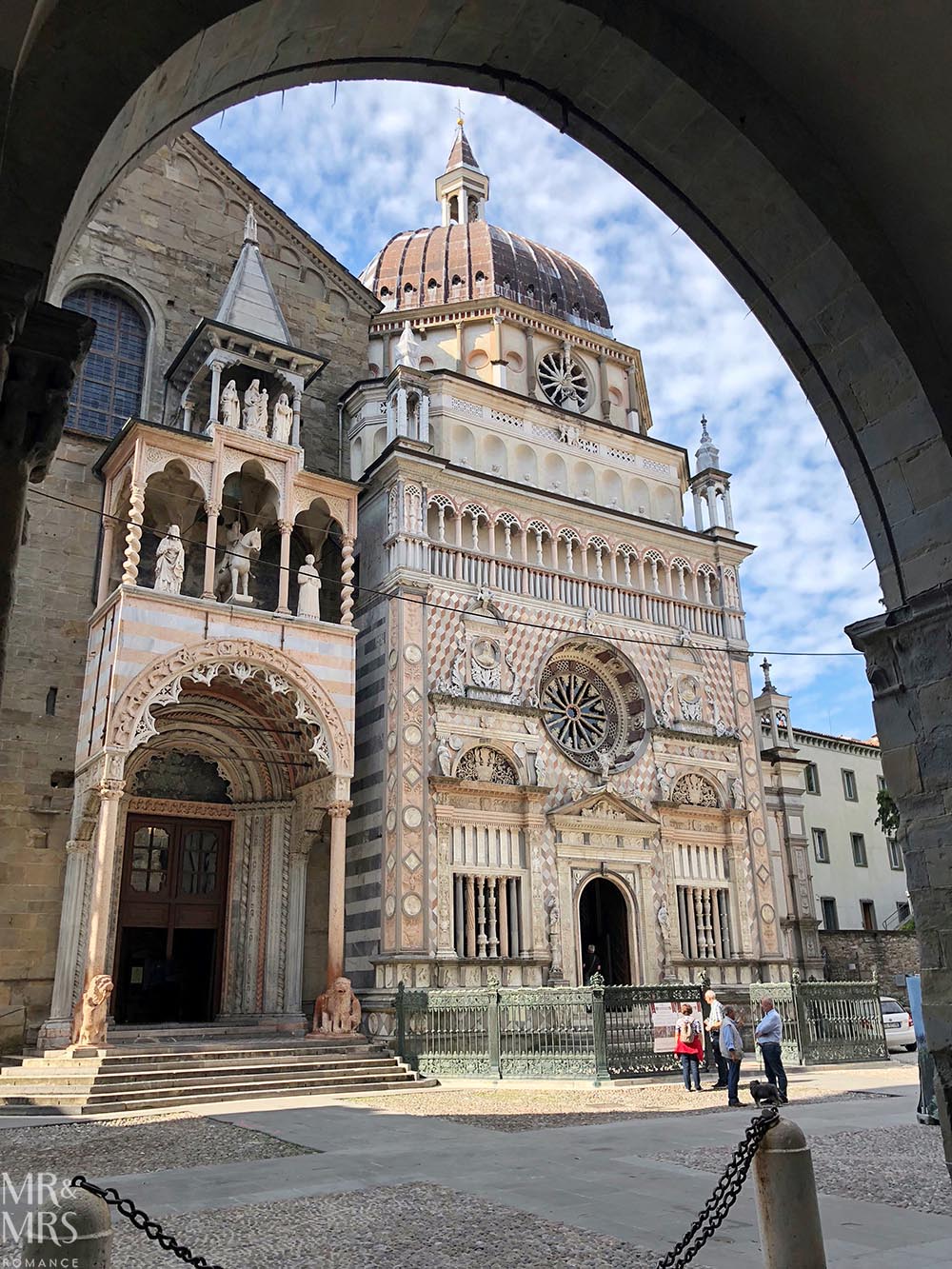 This restaurant does best what Bergamo is famous for: polenta. This fine example comes with the most extraordinary slab of gorgonzola! Just don’t ask for coffee here. The menu and prices are insane. 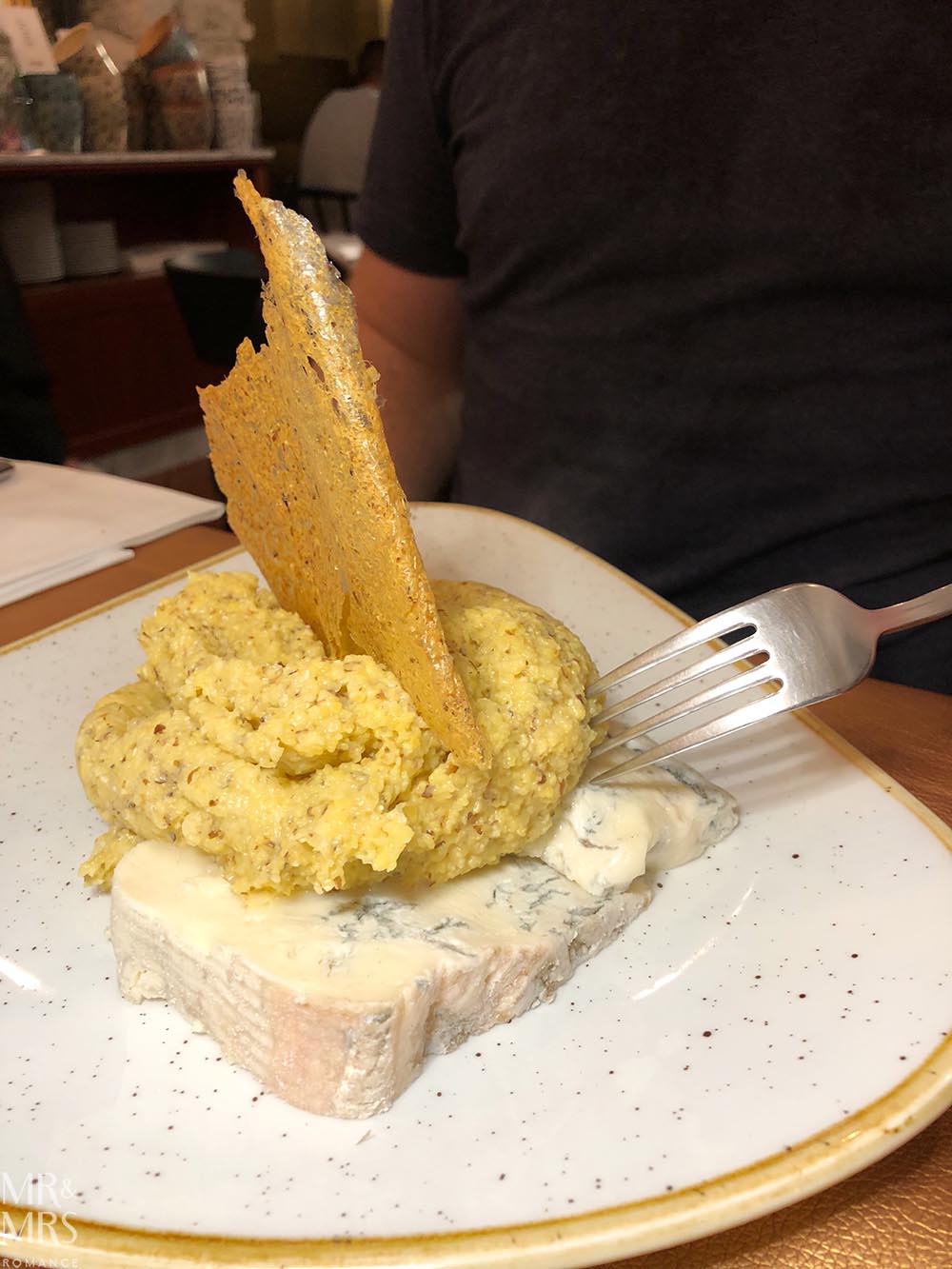 Come here for breakfast and have what we think is the best cappuccino we’ve ever had. It’s absolutely superb. Order a pastry to take away as well. It’s help-yourself, so once you’ve paid, just grab your cake from the display. 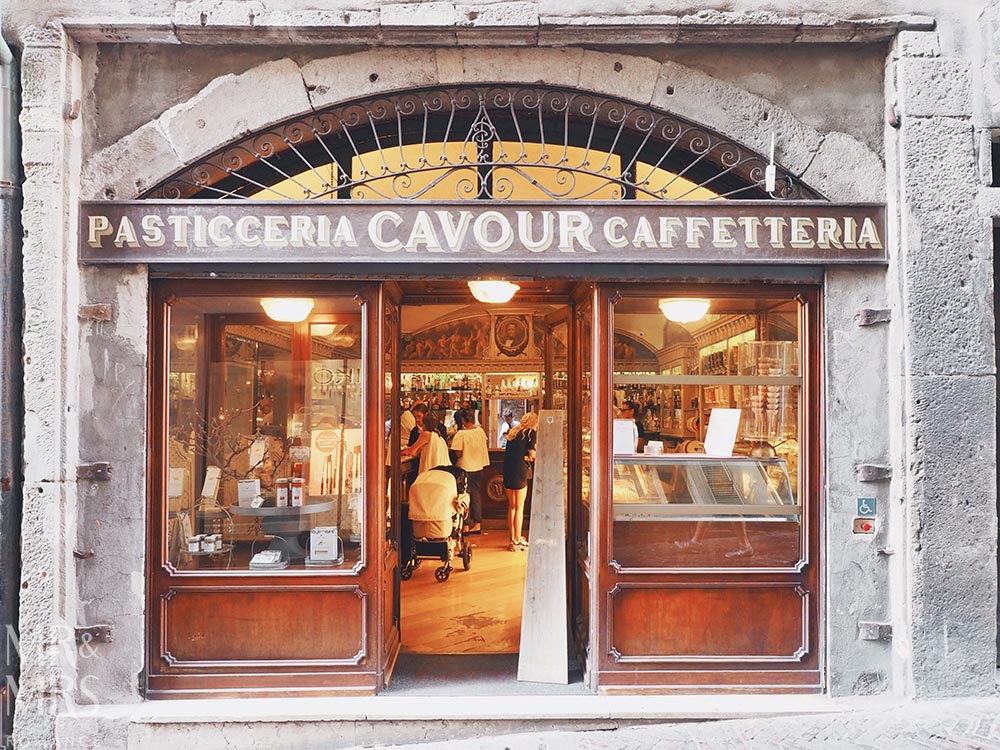 Traditional cafés, mixed with contemporary bars and restaurants, punctuate piazzas. There’s a lively, lived-in feel to this part of Bergamo.

Things to do in Bergamo – Città Bassa

Città Bassa is worth exploring to get to know Bergamo better. It’s a very spread-out part of the city, with suburbs surrounding the old town almost completely apart from the northwest, which signifies the start of the Alps.

However, there is a central city district to the sprawl of modern Bergamo. In a direct line between the train station and the south-eastern edge of Città Alta, we found some great looking shops and eateries.

In particular, Bù Cheese Bar, near the Piazza della Liberta, is well worth trying. Traditional dishes served with a modern mindset – but most importantly, their focus is on cheese! 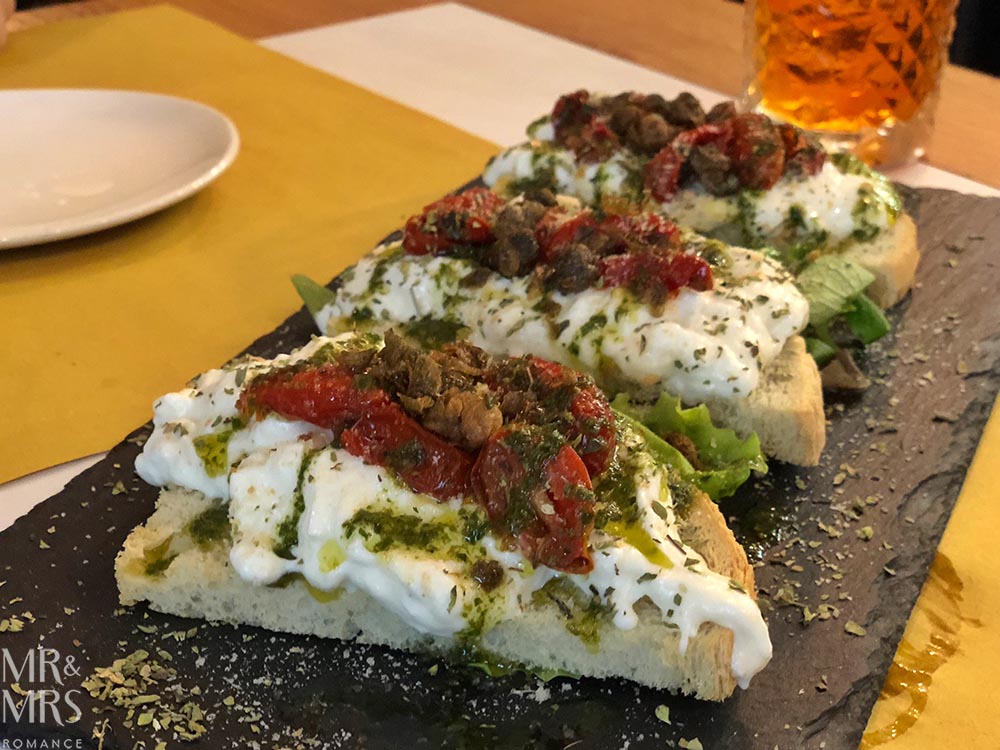 So as you can see, there are plenty of reasons to stay in Bergamo once you’ve landed. But the question still remains: why don’t people stick around?

It could be simply that Bergamo is a cheaper alternative to flying in to Milan Malpensa, and visitors are really only interested in getting to Milan.

It could also be because Bergamo is very close to Monza, and so visitors for the Formula One aren’t interested in what this town has to offer when there are F1 races to watch. 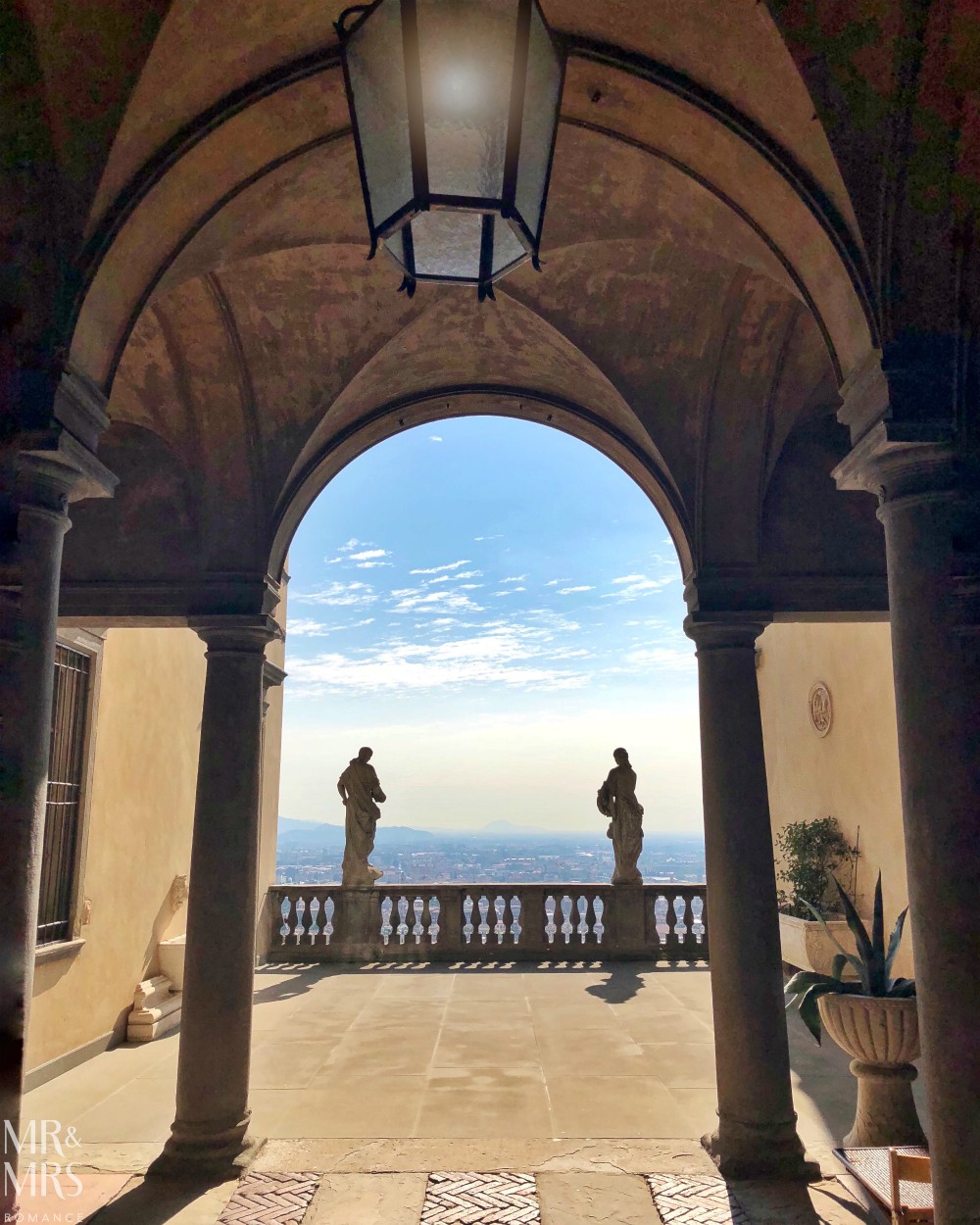 Whatever the reasons, the fact is that right in the middle of everything is this little city brimming with culture, history, food and beauty.

To step off that well-trodden track is never too hard in Italy. To find a place where tourism hasn’t quite dug its claws in too deep yet. And Bergamo is the best example of just that. 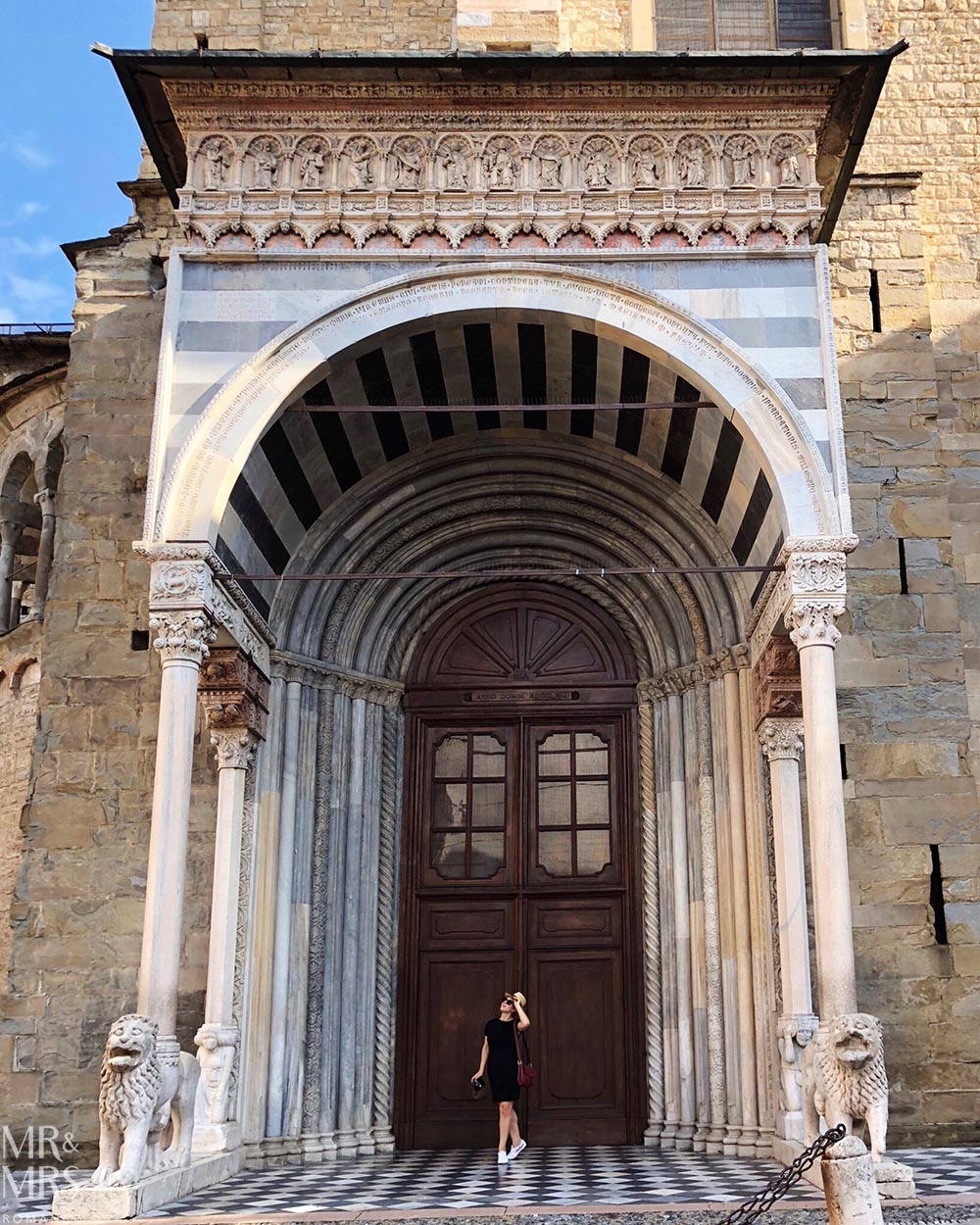 If you enjoyed this story, you’ll love these:

Have you visited Bergamo? Have you ever discovered a hidden gem almost by accident when you’ve been travelling? Tell us about it in the comments below! 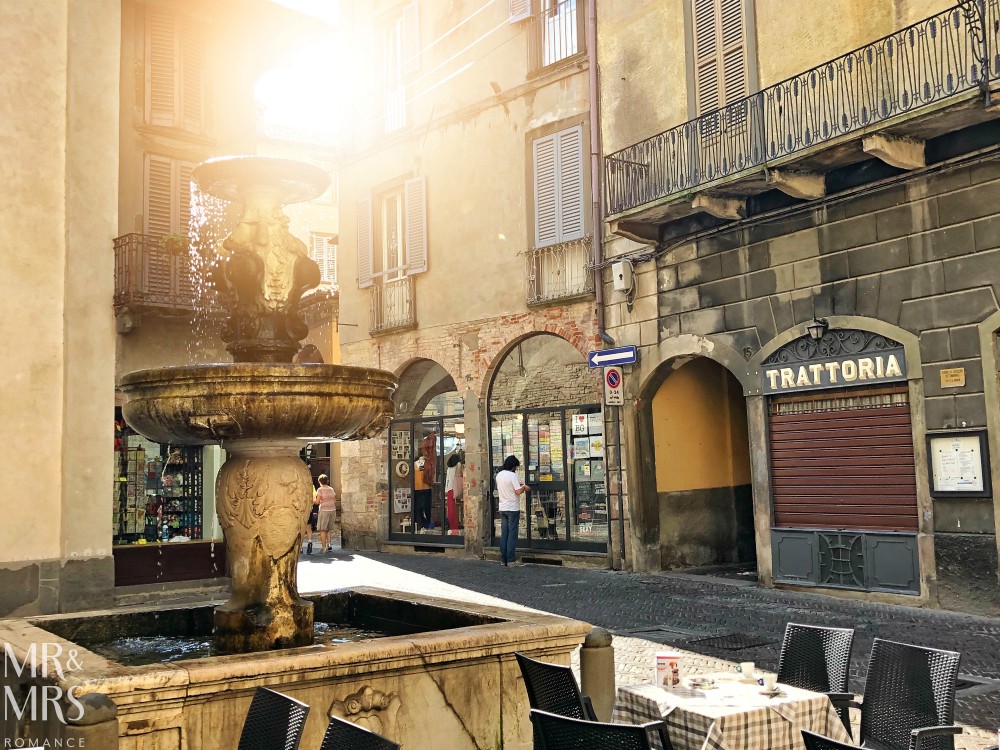