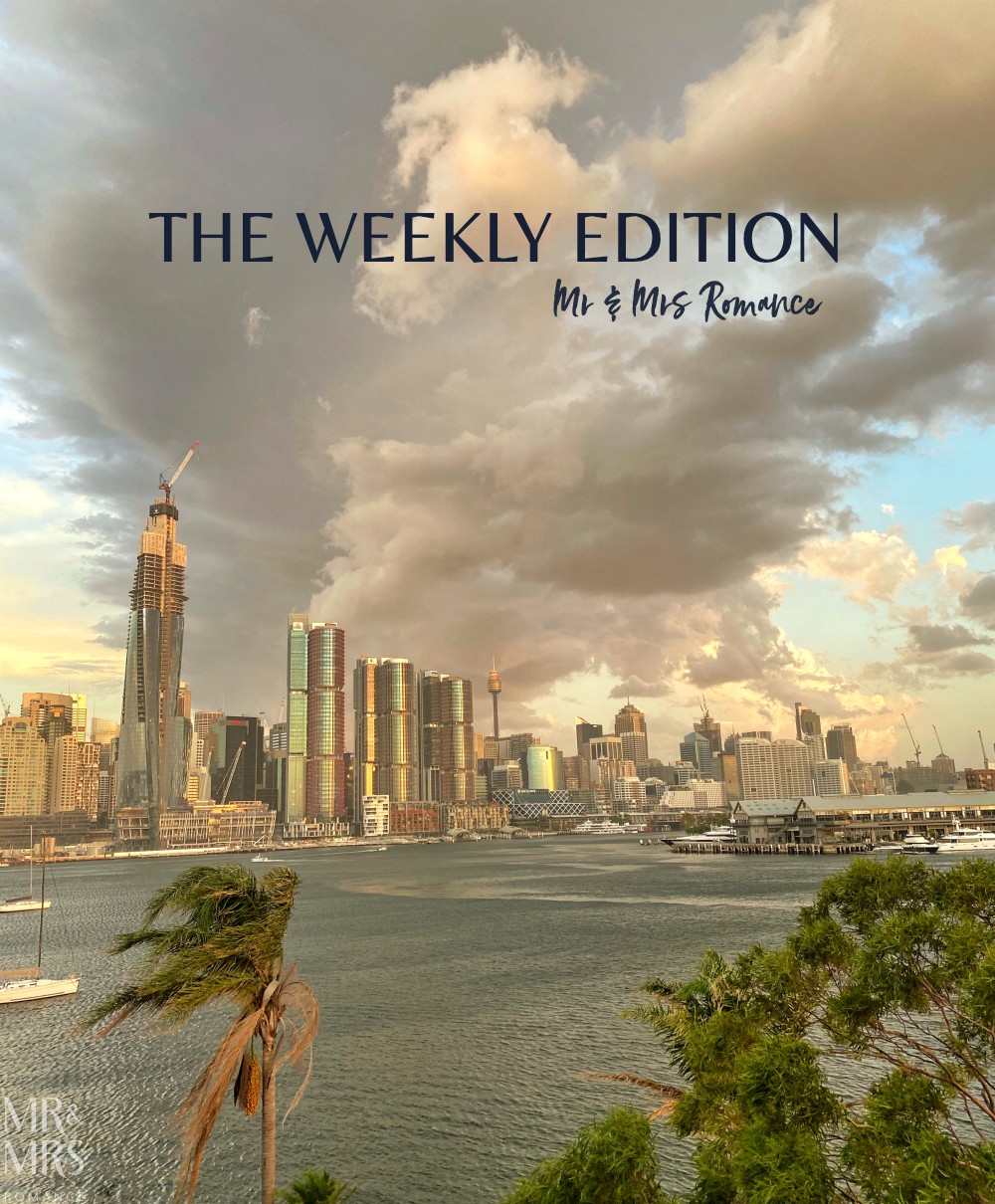 What an end to busy February! I don’t know if you felt it, but last month seemed to drag on a bit. January (aka Practice Month) zipped by but Feb pulled teeth.

Now it’s over though, I kind of miss dear old February. And March is gearing up to be a formidable month too.

Starting with a trip to Thailand, March is looking like it’s going to be full on.

In this Edition, we’re sharing important info on Bars March – an excellent bar-based fundraiser focused on helping rescued dogs find a home – exciting news on Aussie flights to Chicago and what we got up to at this year’s travel summit in Sydney. 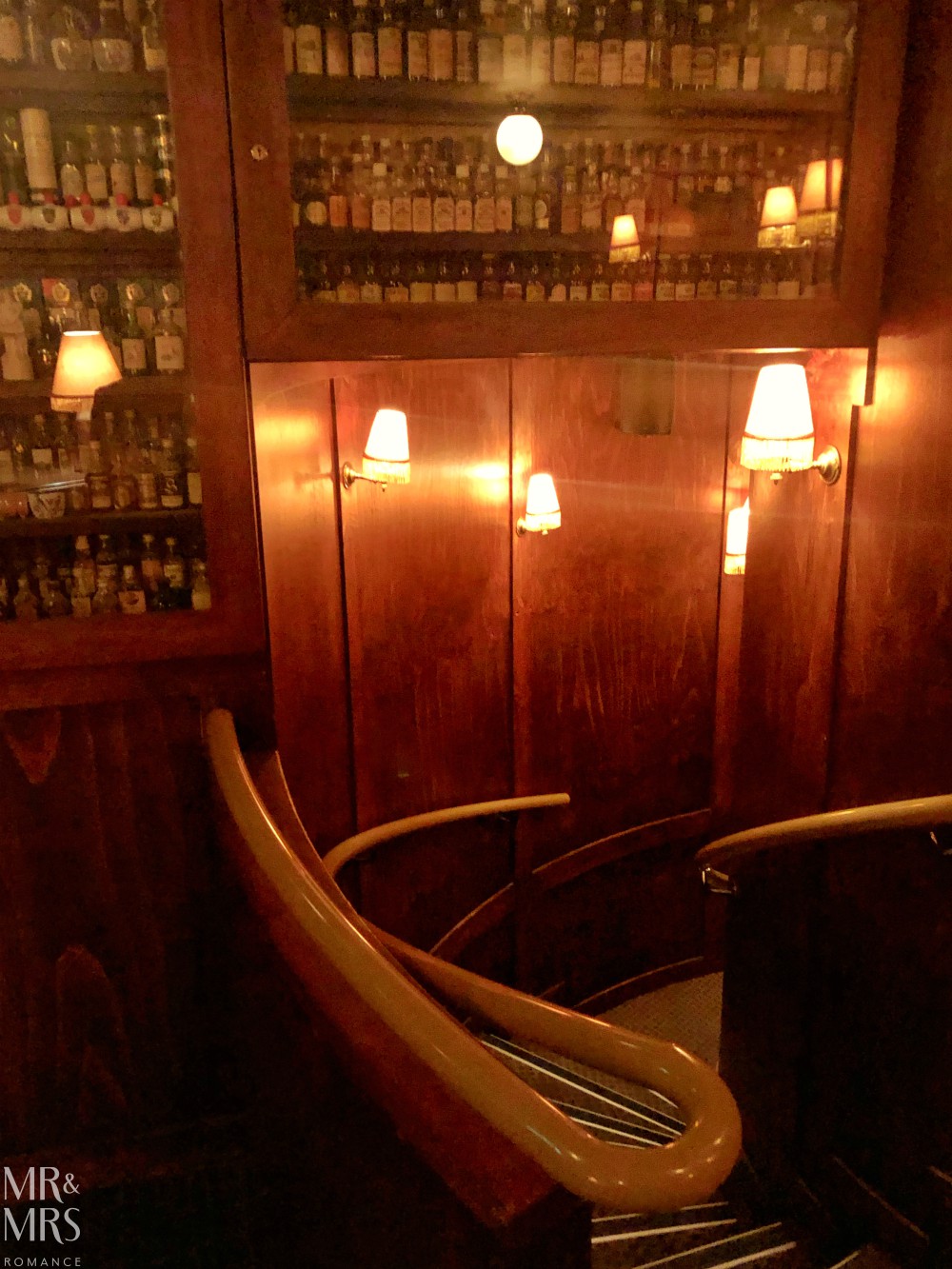 Tonight, we’re in the beautiful recesses of Hubert – an upmarket bistro in the heart of Sydney. But we’re not here for dinner. As we take these winding stairs deep into the restaurant, our thoughts are of Chicago and the blues. 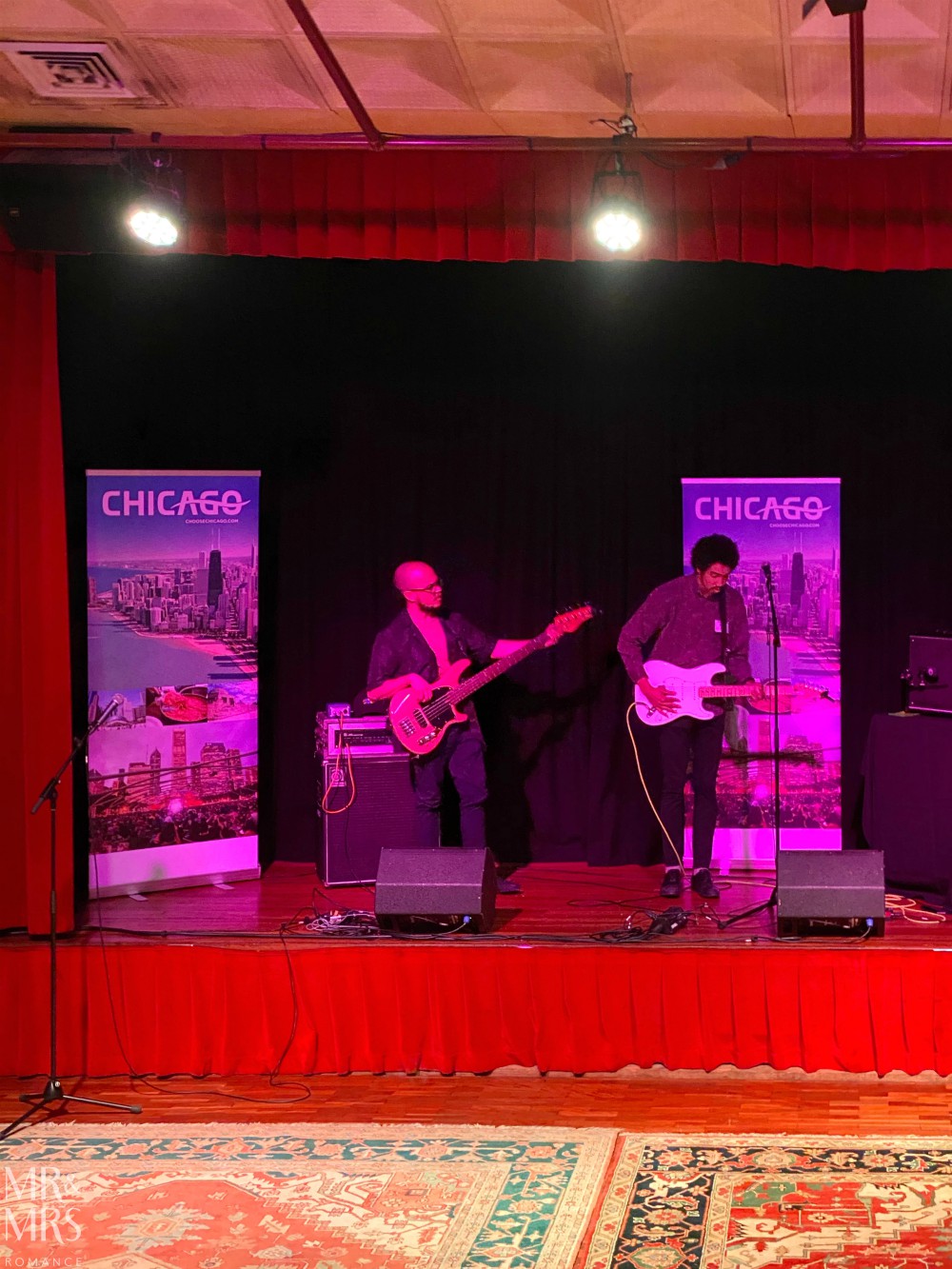 That’s because talented young musician Michael Damani from the Original Chicago Blues All Stars Band is playing us in for a meeting with Choose Chicago, the Windy City’s tourism board, and Qantas.

Michael’s music is typical of the style you’ll find in Chicago – my favourite US city. But 2020 has been earmarked as Year of Chicago Music, meaning the city will be full of the sounds that Chicago is famous for: Blues, Jazz, Gospel and Hiphop. 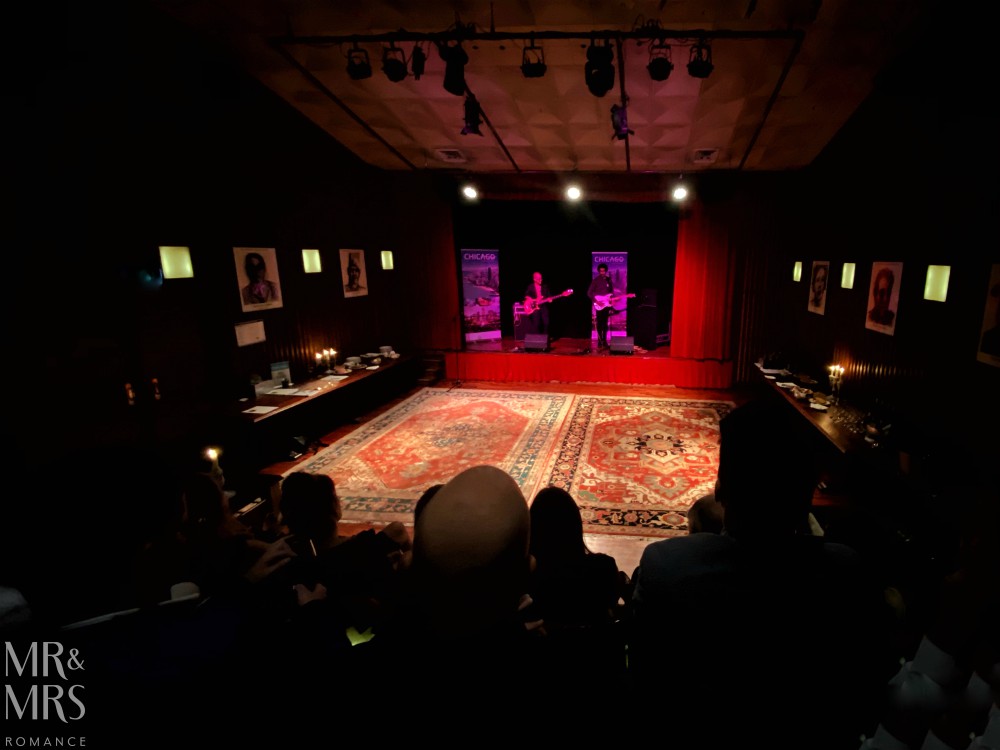 As Michael entertains us, we contemplate other great news we’ve heard from representatives of Qantas Airlines: starting April 2020, direct flights from Brisbane to Chicago will be flying four times a week.

Good news for us! 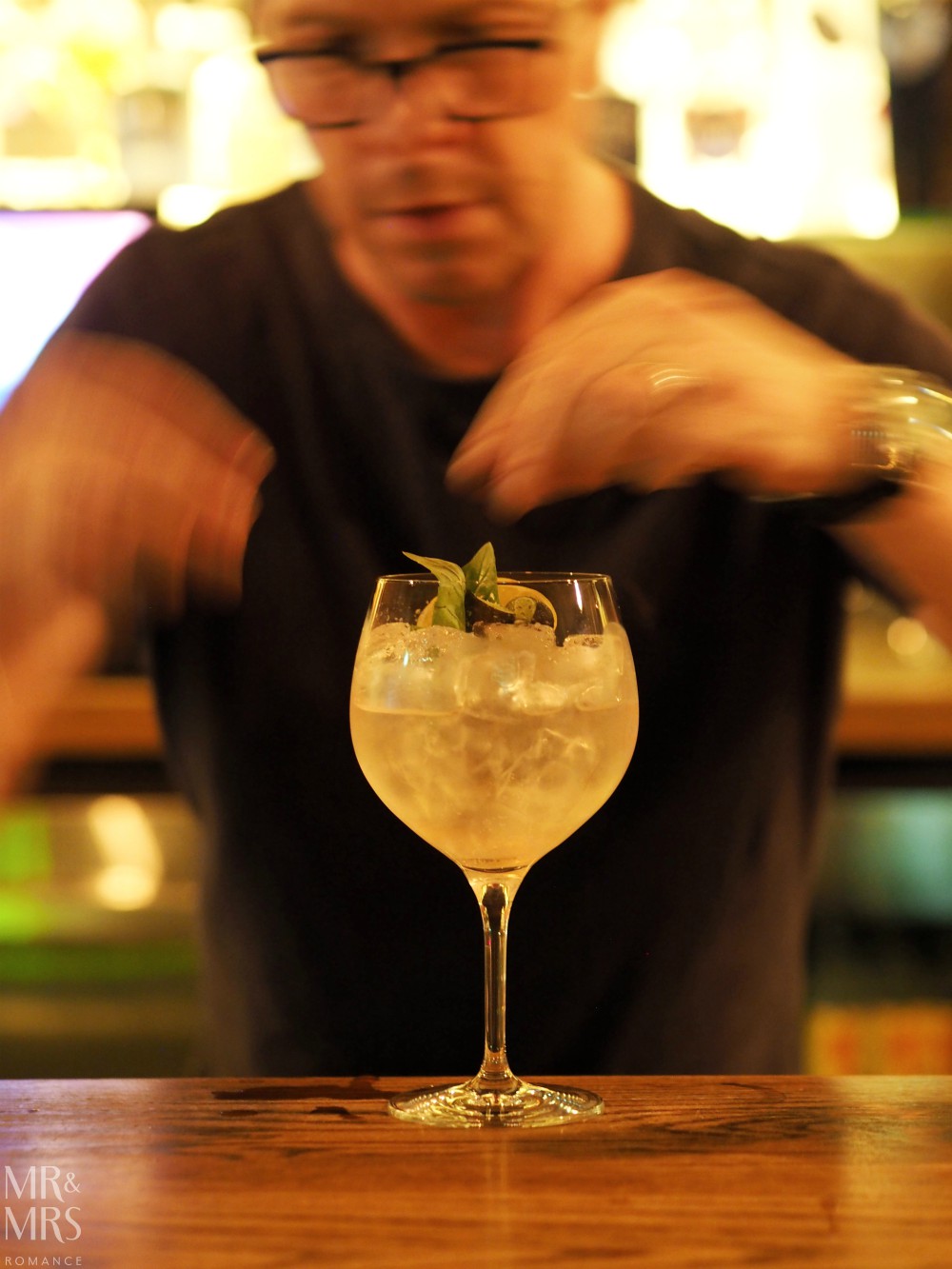 This afternoon, we’re meeting with the ultra-talented Mikey Enright, owner of the superb gin bar The Barber Shop.

He also runs The Duke of Clarence next door – an impressive reconstruction of a good old English pub. It’s honestly like being transported back home!

But we’re not here to admire our surroundings… well, we are a bit. More importantly though is this year’s Bars March special cocktails.

Bars March is an annual fundraiser that’s in its 10th year. Throughout the third month, proceeds from specially crafted drinks at participating venues (the Barber Shop and the Duke are two) go towards saving rescue animals.

In NSW, it’s the Animal Welfare League, in VIC it’s Save a Dog Scheme. 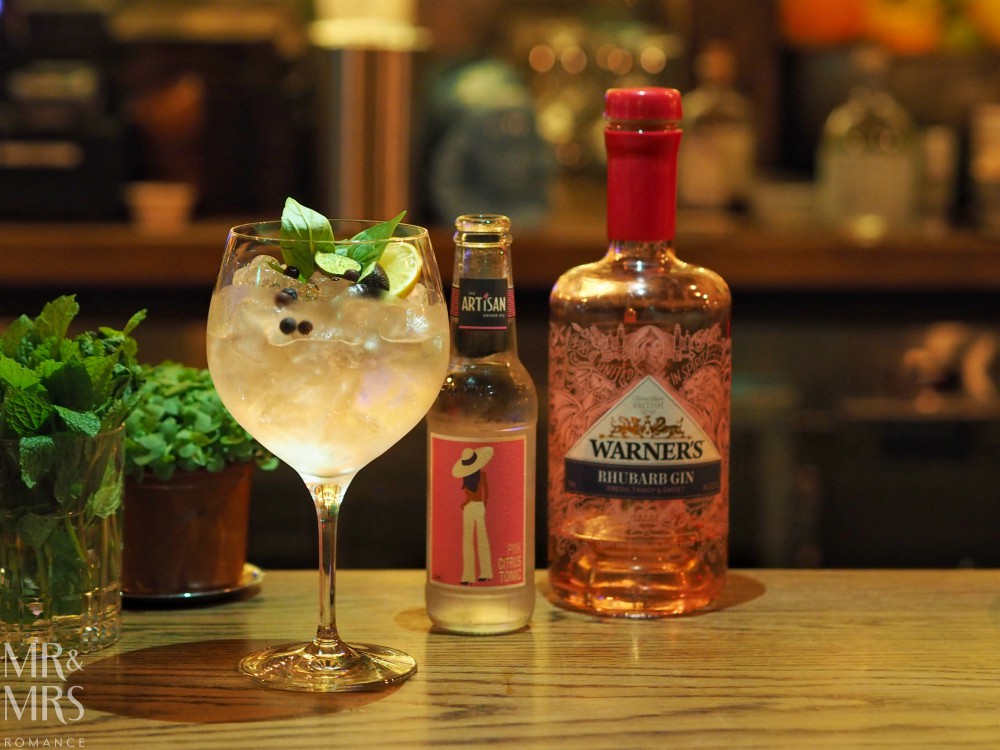 In the Barber Shop this year, Mikey’s serving this beautiful gin and tonic he’s calling Warner’s Tonica. Here’s what you get:

Warner’s Gin is from the UK and is known as being the first to bring out pink gin. Their pink rhubarb gin, which contains actual rhubarb juice, is quite something and goes perfectly with Mikey’s own proprietary (and delicious) tonic.

Owner-distillers Tom and Tina Warner are also massive dog-lovers, so their gin fits in even more. 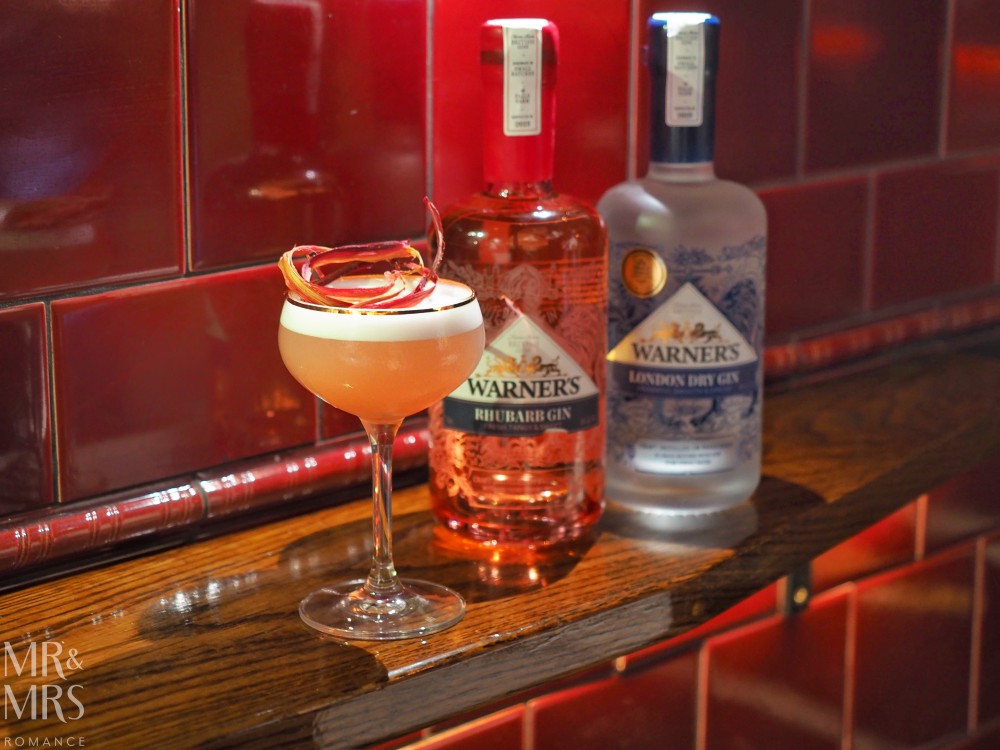 Next door in the Duke of Clarence, Mikey’s created something very special for Bars March.

This is the Halfway to Harrington – so called because the Warner’s Distillery is in Harrington in the British Midlands. It’s a stunningly well-balanced cocktail, using two different types of Warner’s gin: 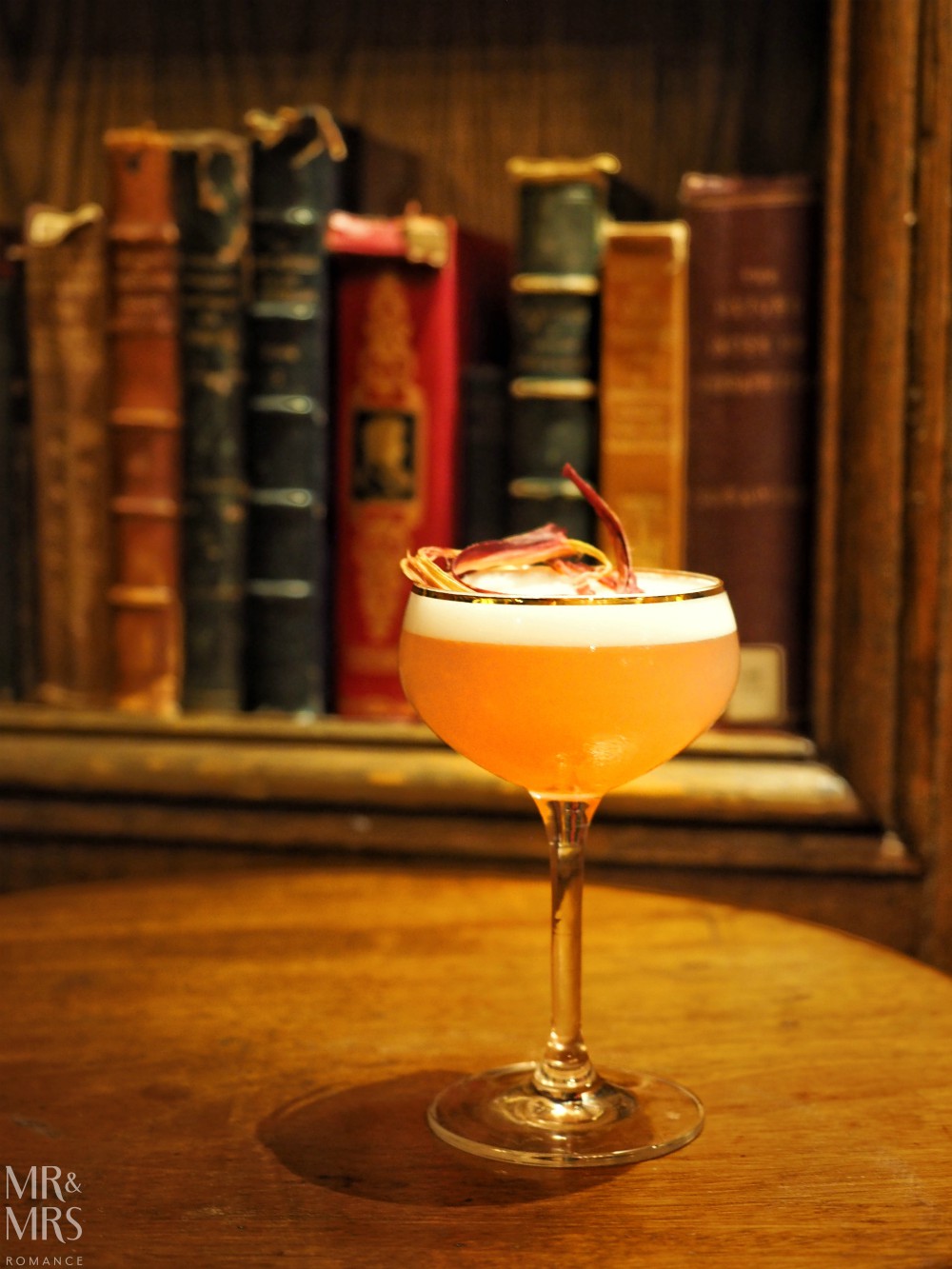 Get this one while you can – it’s a wonderful cocktail. I’ll be sad to see the end of March, but perhaps they’ll keep the Halfway to Harrington on the list permanently.

Make sure you get down to either the Barber Shop, the Duke of Clarence or any of the other venues taking part in this awesome cause throughout March and show your support. 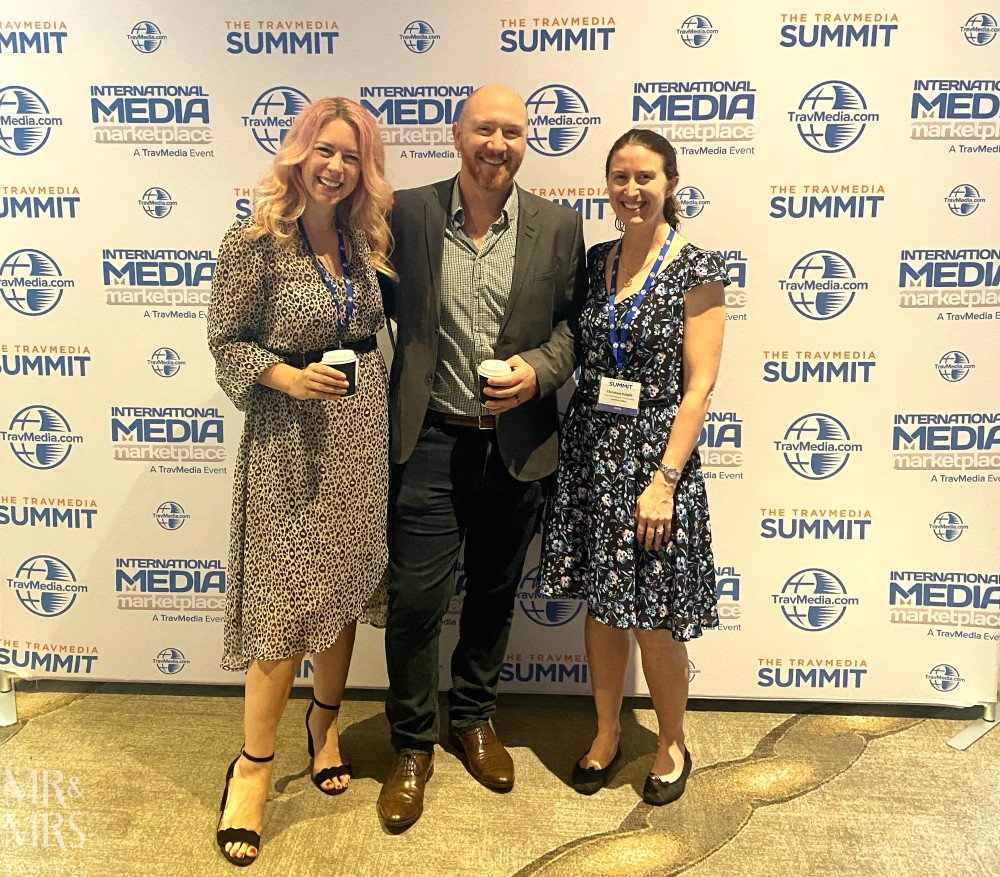 This morning is a coffee morning. Not because we’re particularly tired, but because we have to be switched on for the whole day.

Today is the Travel Summit by TravMedia – a network for travel writers and photographers, agents, PRs and tourism boards. It’s one of the most useful resources in our industry and today is the physical culmination of the concept.

Thankfully, Christina and I are with our excellent friend and talented writer Christine Knight. 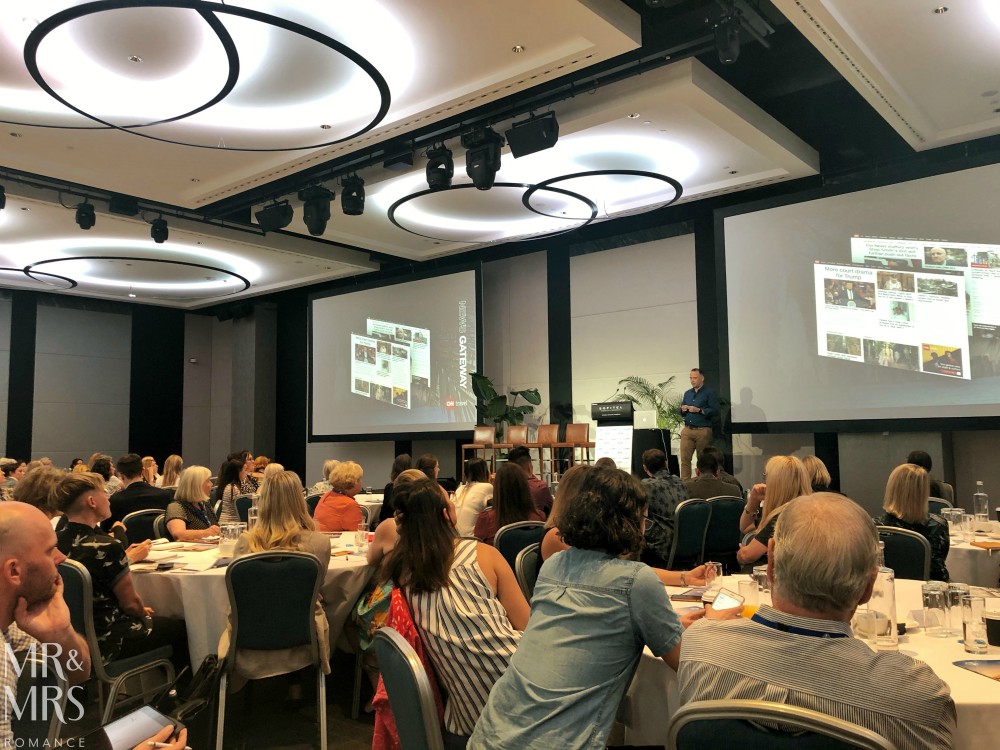 The summit is in full swing here at the Sofitel Darling Harbour.

We’ve heard from some incredible speakers – the likes of editors and editors in chief of Qantas Magazine, Virgin Australia, Better Homes & Gardens Travel and Gourmet Traveller, multi-award-winning writers like Catherine Marshall and Rob McFarland and a host of directors of comms companies.

At the moment though, we’re hearing from today’s keynote: the global editor of CNN Travel Barry Neild. It’s inspiring to hear from these remarkable people. I don’t think we even needed that much coffee! 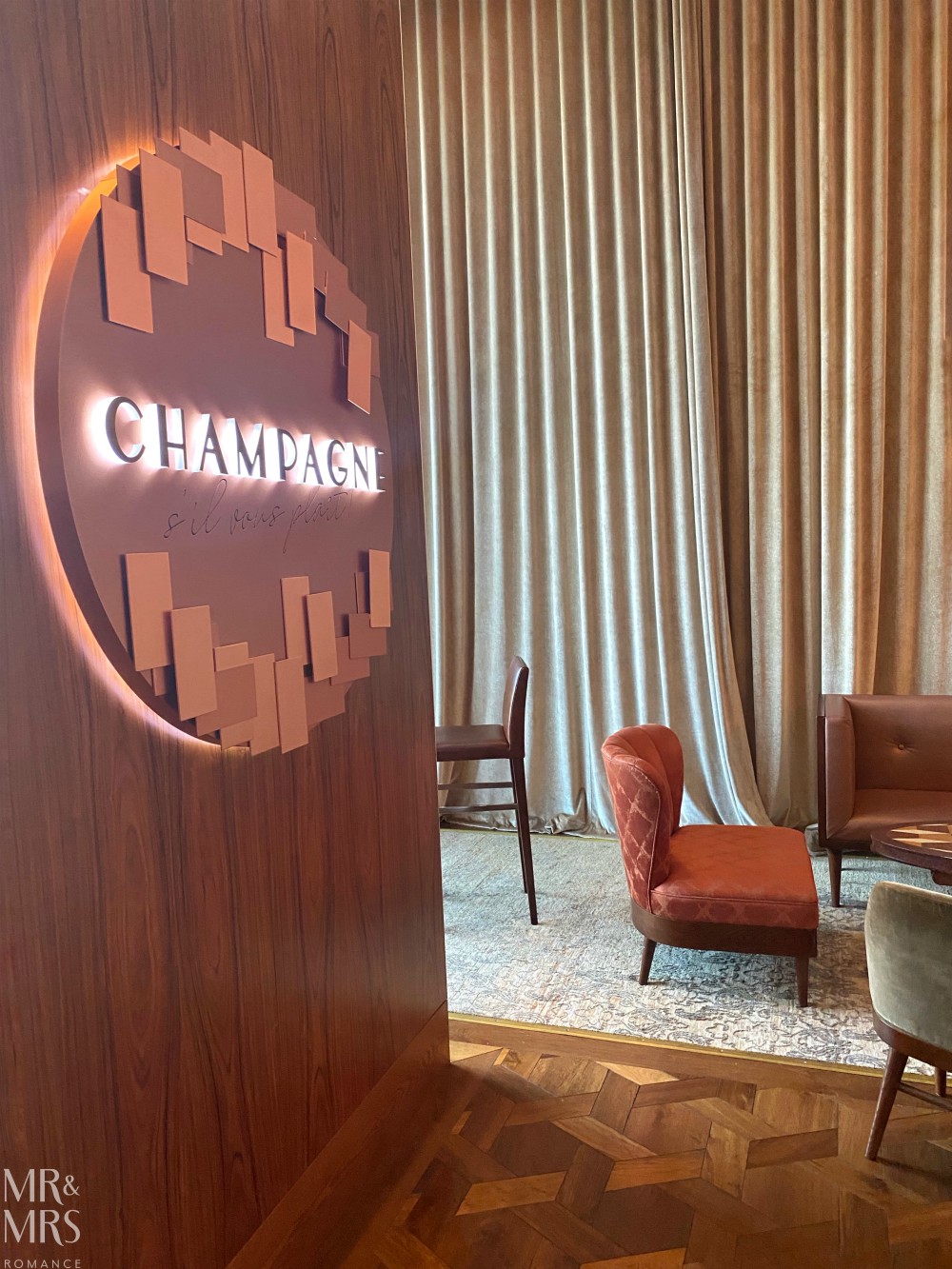 With the summit drawing to an end, we make our way upstairs to the elegant surroundings of the Sofitel’s Champagne Bar. Looking down over Darling Harbour, it’s the perfect place to unwind, debrief and imbibe. 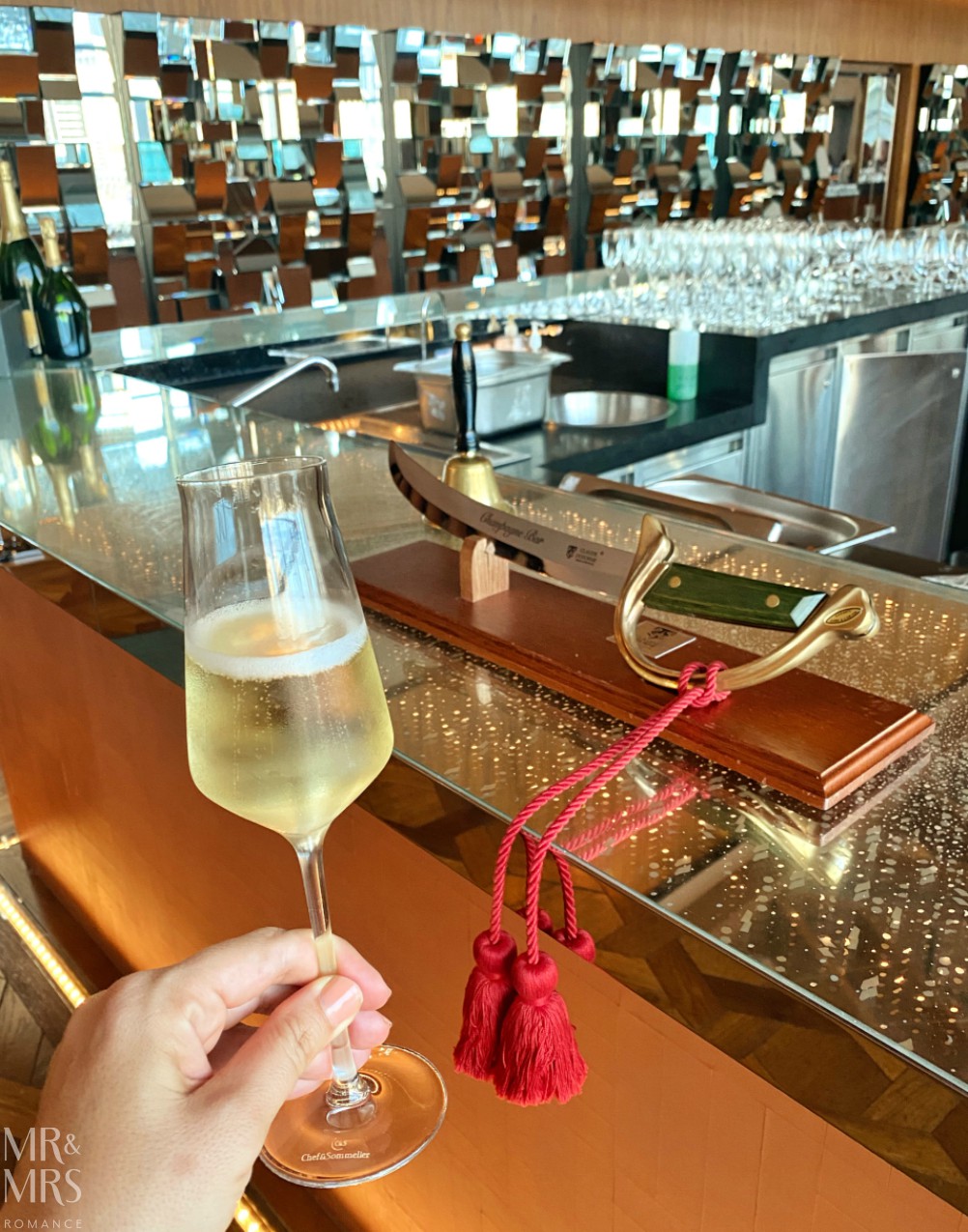 There’s even a sabrage sword here and for $25 extra, the staff will open your bottle this way. It’s pretty dramatic and thankfully Barry steps up to have his bottle cut open. The man’s got style! 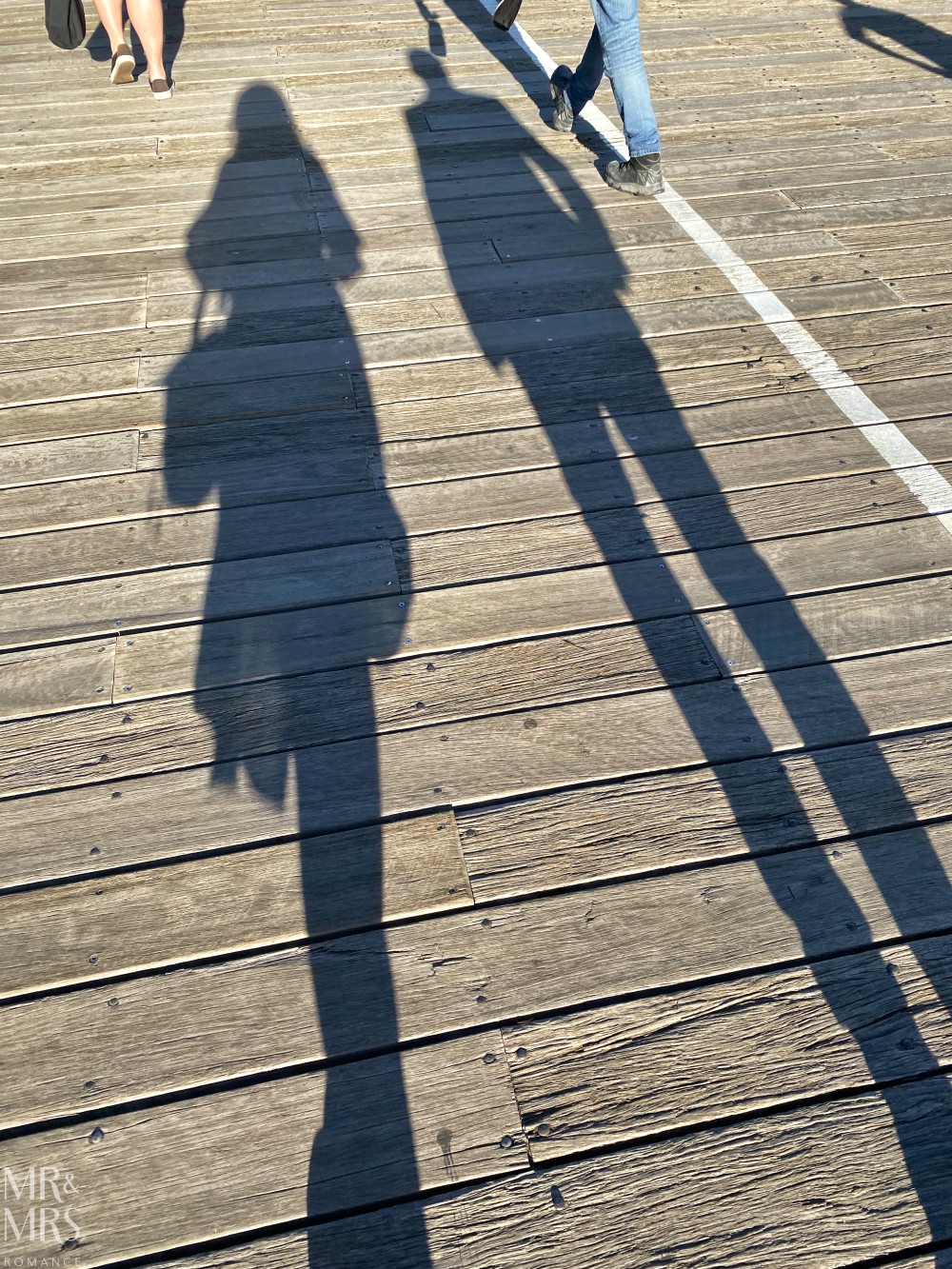 This morning is an even earlier start to an even more demanding day. Today is the IMM – TravMedia’s International Media Marketplace. It’s a bit like speed-dating for travel correspondents and suppliers.

At last year’s IMM, we won business class flights to the States, but I don’t think we’ll be as lucky this year.

Still, it’s probably the most remarkable networking forum we’ve ever been to and an essential resource. 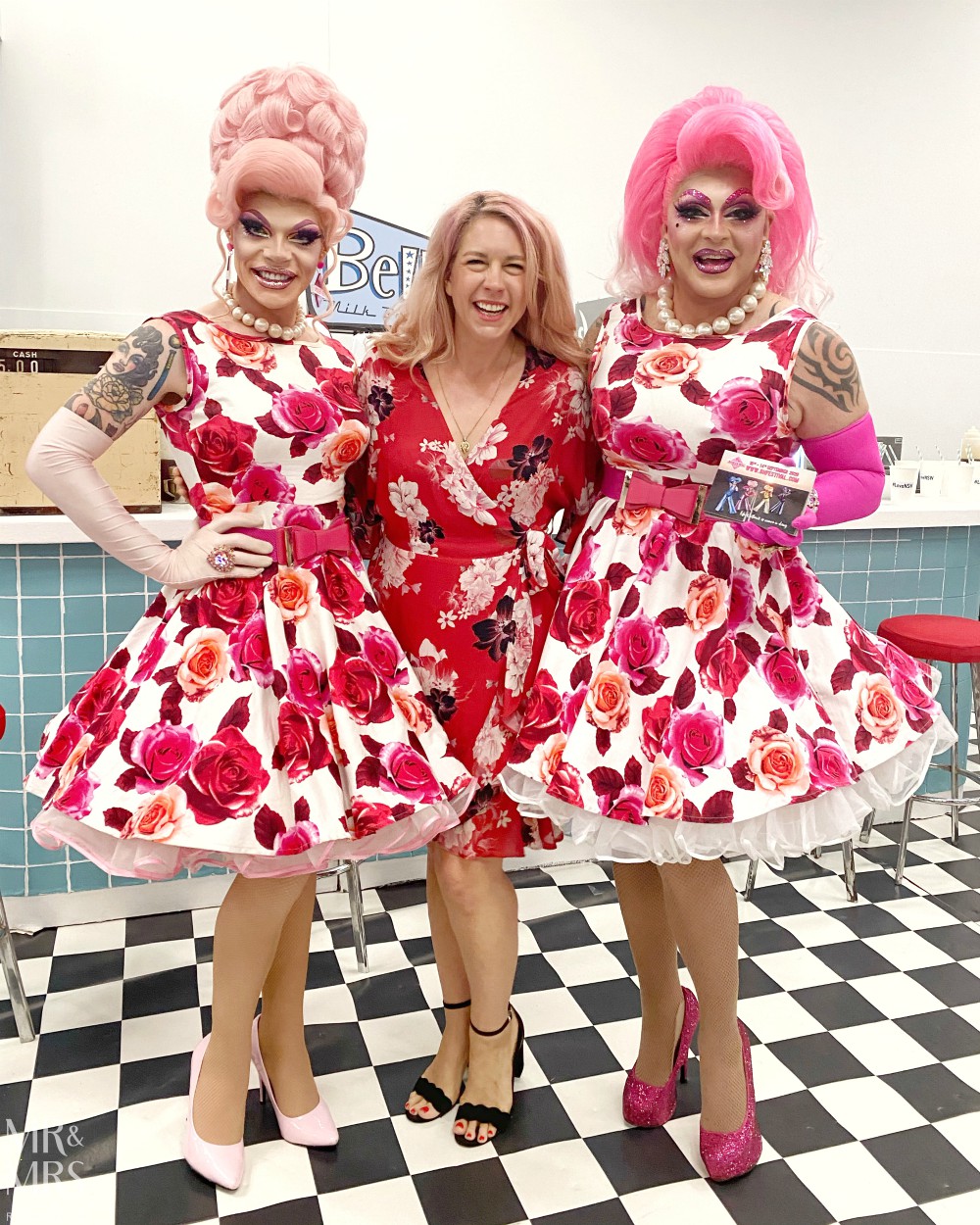 Apart from all the amazing opportunities today has presented us with, it’s these two lovely ladies Christina really wants to see.

Representing the somewhat surprisingly vibrant drag culture of the Far West of NSW, and also the Broken Heel Festival coming up this September, these ladies are a lot of fun. And Christina’s extraordinarily well-matched dress and hair fit right in! 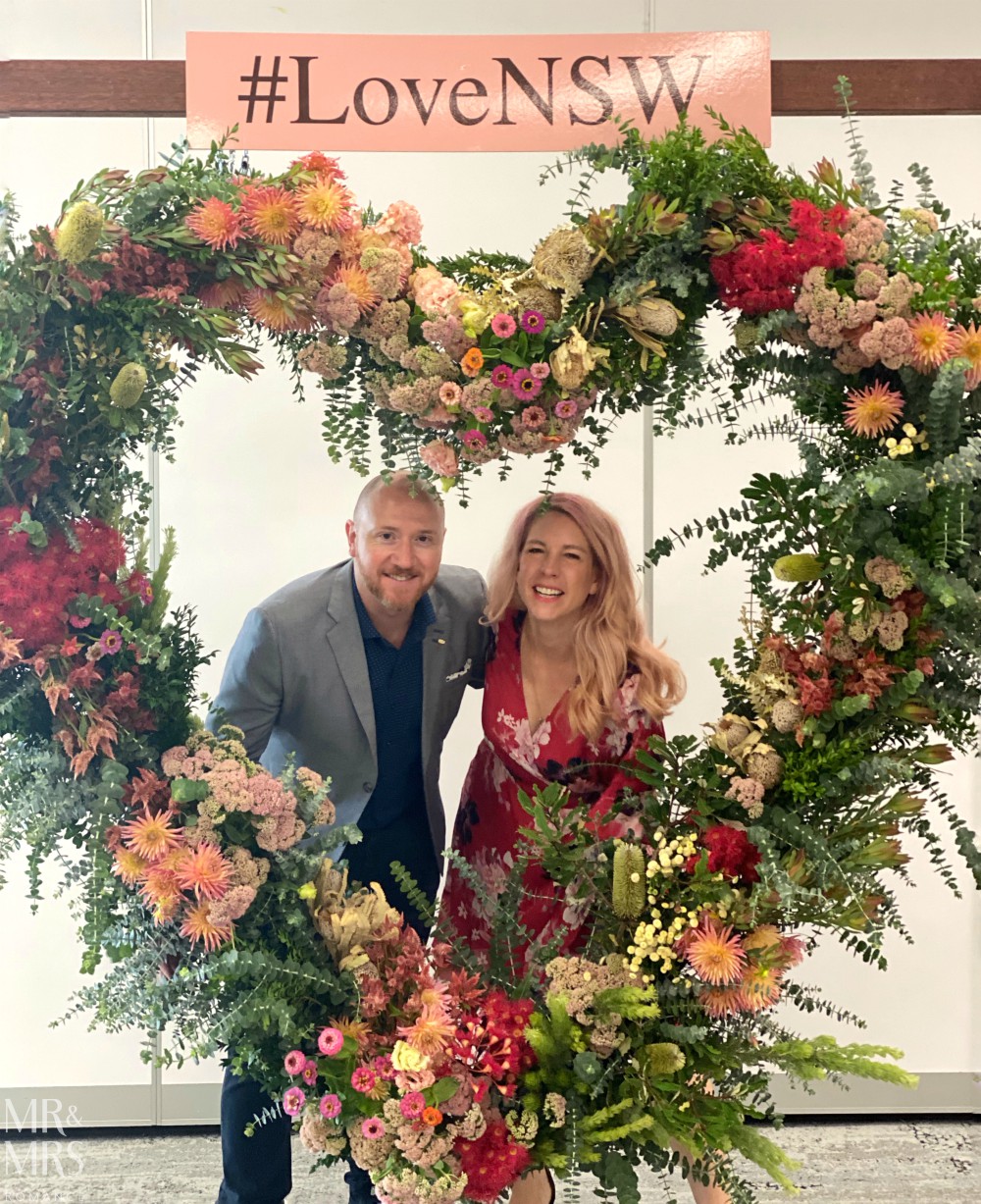 It’s been an exciting, fulfilling week ending a month full of surprises. Here’s to March and even more fun.

You can always tell when the Sydney summer’s really underway when sunsets start looking like this one. It’s the start of a week billed…