Gone are the days when the only beer you could find in a pub was soapy flavourless mass-produced suds on tap or over-priced imported beer in the fridges. 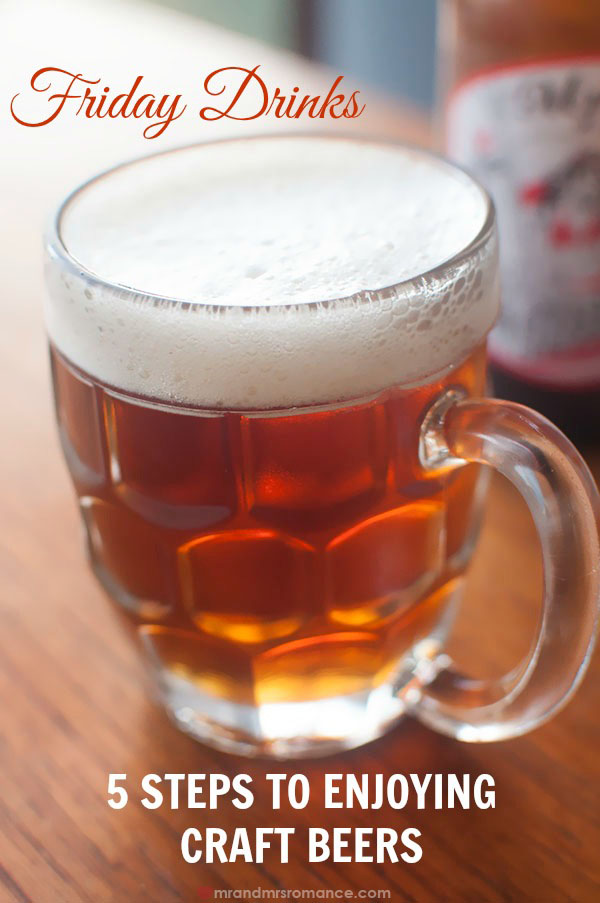 Come again are the days where a publican can take pride in the delicious quality beer he or she serves, knowing where it’s come from – maybe even the genius who made it.

The art form that is craft beer has taken the world by storm and it’s completely changing the way people think about beer. Mrs Romance and I now regularly go out to our favourite craft beer pub The Royal Albert to sample the beery delights they have on. 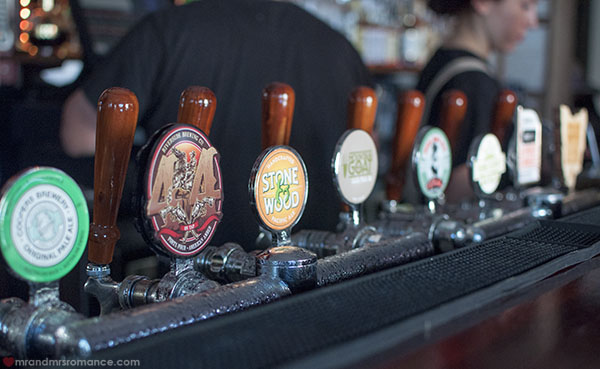 The Royal Albert’s great because it values good beer and only works with domestic craft brewing companies. The pub has regular ‘Tap Takeovers’, allowing a single craft brewery to fill all the taps with its different beers. They also do the best damn burgers known to man!

There are so many pubs now embracing the craft beer movement across Australia, it’s great to see. But it can be a bit daunting when faced with a row of beers you’ve never even heard of before.

If you haven’t been much of a beer drinker in the past, it’s even harder to decide what to drink.

Here’s our 5 point guide to trying a craft beer.

Craft beer is usually easy to spot. More often than not, the label on the beer tap will look a bit look a bit handmade (in a good way!) or quite graphic and have quite a lot of information on it. It’ll probably have where it’s from, the type of beer it is, percentage alcohol, perhaps a funny slogan. If you compare this to something like Tooheys or XXXX, which just have the brewery name, the beer name and the company logo.

2. Ask the barman or woman about the beer

Don’t be afraid to ask the staff where the beer’s from, if it’s any good, even if it’s popular. Publicans love talking about their craft beer – or they should do! If the staff can’t tell you much about the beer, they might not keep it all that well. It might be best to stick to something you know this time.

A good publican or hotelier will be able match the beer to what you usually drink. If you’re more of a white wine or champers drinker, you might get a pils or a kolsch. If you’re a red wine drinker, perhaps something richer and darker like a golden ale or maybe a porter. Fruity cocktail drinkers might prefer a wheat beer or a fruit based beer. If you like a drier drink like a gin and tonic, maybe an IPA or a pale ale is more your tipple. There is a beer for every palette.

Bar staff are happy for you to taste a couple of different beers – just ask. I like to do this if there’s something I haven’t seen before. The staff often give you a run-down of the beer as well, which can also help you decide. If there are hundreds to choose from, tell the person who’s serving what you’re looking for: a light-flavoured beer, something clean and easy to drink. A beer that’s not too bitter or not too flowery. A darker beer with lots of depth… they’ll be able to give some recommendations.

There are many similarities between beer and wine. You can even use the same tasting techniques with wine and beer – look at the colour, swirl and smell it, take a taste and wash it round your mouth, think about the fore-taste, mid-taste and after-taste. The same goes if you’ve got a few different beers to try: go from lighter to darker so as not to spoil your palette – the same you do drinking lighter white wine through to the heavier reds. 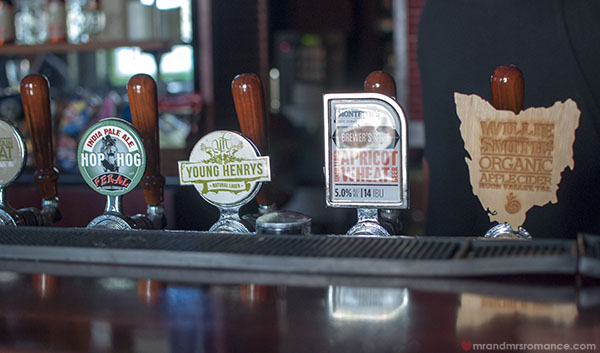 There’s a lot to be said for craft beer. There are no preservatives or other chemicals in this type of beer, so no hangovers. They’re often lower in calories than wine and definitely easier on your hips than spirits with soft drink mixers. You’re also supporting small businesses, which is great.

I love having a beer with Mrs R. We can share our experiences and talk about what we’re drinking – it develops a strange kind of beer camaraderie between us. It’s fun.

Have you tried any craft beers or pubs that sell it? Share your thoughts and experiences in the comments below!

15 things you have to eat when you visit Okinawa, Japan

Food in Okinawa is as different as everything else in this strange, far-southern part of Japan. From Roald-Dahl-esque vegetables to soy-marinated pork belly from…