Do you split 50/50? Do you go all in? Who reaches for their wallet first in your relationship? 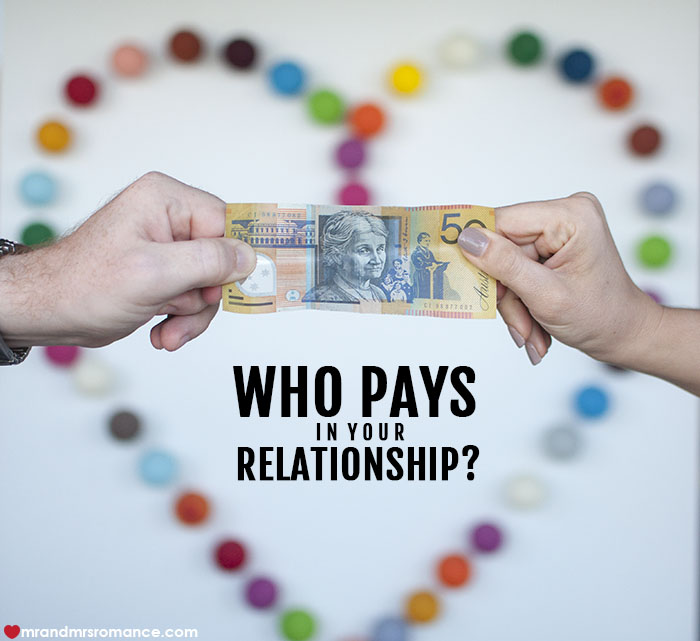 Think about it for a second – how many old sayings and expressions do you know about money? I can think of about 10 straight off. But the one that I’ve been pondering is: “When poverty comes in through the door, love flies out the window.”

Bit sad really, isn’t it? Are we really in the dark about how to manage our finances in a relationship?

An AMEX study looked into this more and found that only 43% of the general population discuss money before marriage, but this increased to 57% of affluent couple, and 81% of young professionals. 12% of people admitted to NEVER discussing their finances. 1

Only 51% of couples talk about how to manage their money before their wedding day. 2

But with almost everyone agreeing that talking about your spouse’s financial history is important, only 26% of us are actually having that conversation. 3

So let’s start the conversation. Let’s pull back the financial curtain.

In our relationship, Mrs Romance and I have one shared bank account. We pool our money and have always shared costs and expenses from the same pot.

It might be the same for you. Then again, it might seem utterly alien to you and you shudder at the thought. And that’s ok.

We’re used to having just one pot to put all our money into – it’s certainly easier for us to manage. But we’ve done it this way ever since Mrs Romance moved to the UK. The United Kingdom is a notoriously difficult place to get a bank account if you are – as we endearingly put it – ‘foreign’.

If we want to buy something special for each other (or for ourselves!) and we want it to be a surprise, we’ve got our own credit cards.

I am basically a mathematical amoeba.

When it comes to paying for stuff – like utilities, balancing accounts, restaurant bills etc, that duty seems to have defaulted to Mrs Romance.

It sounds like a cop-out, doesn’t it? Yes, you’re probably right. But it seems to work with us.

It comes as an interesting shift from how we grew up. Both Mrs R and I have quite traditional parents – where it was the man’s role to pay up at the end of a night. I think it was probably my inept dithering and Mrs Romance’s impatience and lofty brain power that finally set the autocorrect on these roles.

The thing is I contribute to the relationship in other ways. And that’s what’s important. Clearly defined roles: not important. Support and honesty with each other: very important.

If you’ve got that, you’re onto a winning recipe.

We want to start a discussion about how you manage your finances as a couple. What works for you? What do you dislike about how your partner deals with money?

Kyoto, once the capital of Japan, is one of those places that gives the true culture of its country. This is no less apparent…