For our last-minute trip to Milan for fashion week, it was tricky finding accommodation that wasn’t ridiculously expensive, or completely booked out. 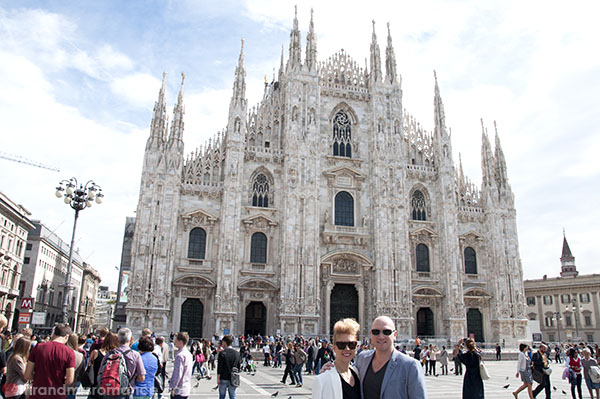 Thanks to Schwarzkopf, we were lucky to get a great room at the Best Western Galles Hotel in Milan. The hotel exceeded our expectations, especially when we found out it used to be a 19th Century palace!

But let’s start from the top. The rooms. There are 198 of them and they come in five types. The Business Room, the Suite, the Pet Friendly Room (up to three people and one pet), the Superior Room, and the Classic Room, which is what we had. Check the hotel website for offers and current rates.

The room was bit small maybe, but that’s Italy for you. Not quite as bad as a Paris hotel room, there was enough space for our luggage, the enormous bed, a desk and a single wardrobe. Not much else.

The bathroom’s the same with enough space for one person plus amenities… but that’s all you need, isn’t it?

The best part about our room – apart from the complimentary WiFi and a resident gecko that kept our room free of bugs  – was the built-in wall safe. Cool? No. That’s beyond cool. I mean, come one – it was hidden behind a picture in the wall! I just wish we had something valuable enough to put in there!

Unfortunately, after the 24-hour flight from Sydney we were so exhausted we didn’t take any (focused) photos of our room but we can say the hotel website pictures are very accurate. We did take pictures of the other hotel features though. 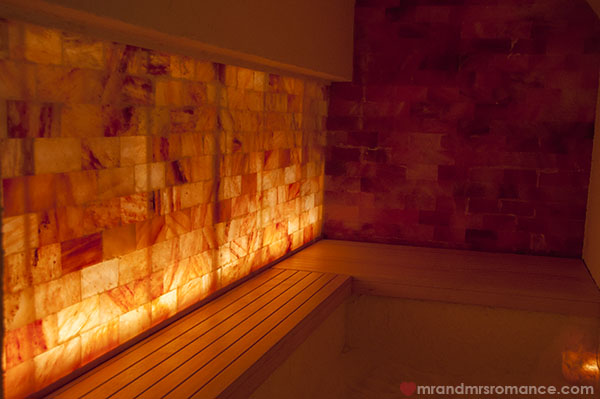 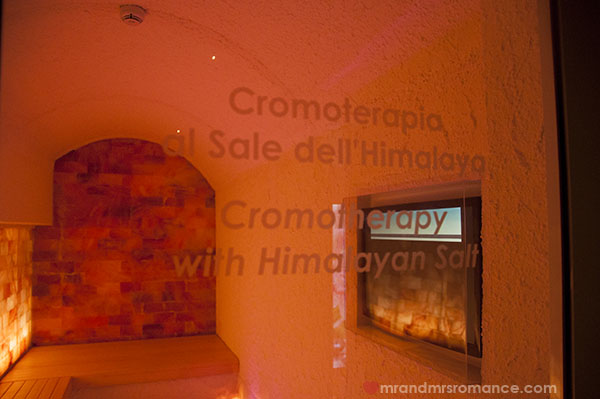 The rest of the hotel is spread out among the sprawling winding corridors of this deceptively large seven-storey renovated palace:

7th floor: access to the two beautiful rooftop terraces overlooking a lot of the city. 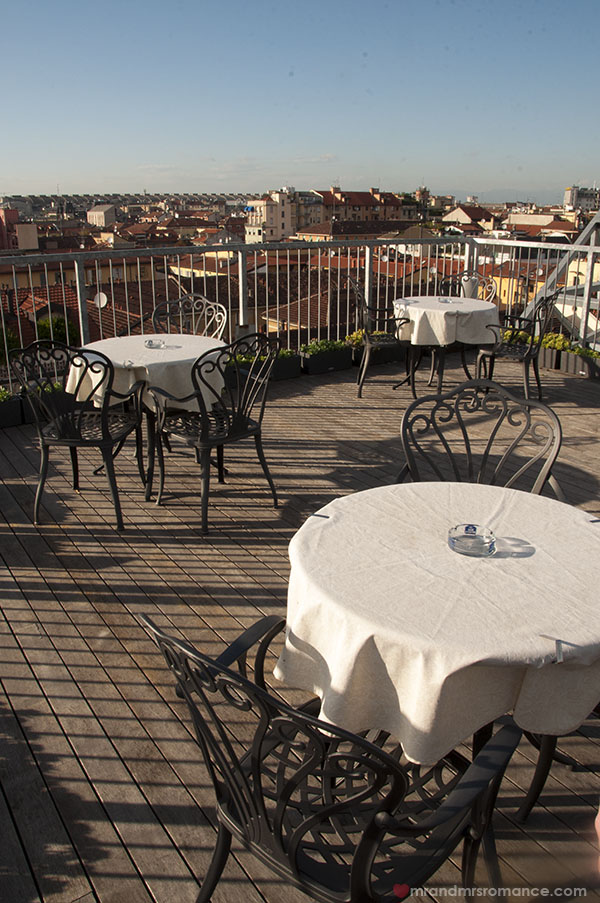 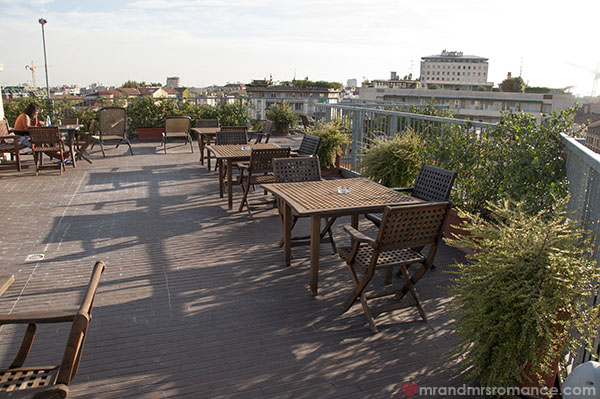 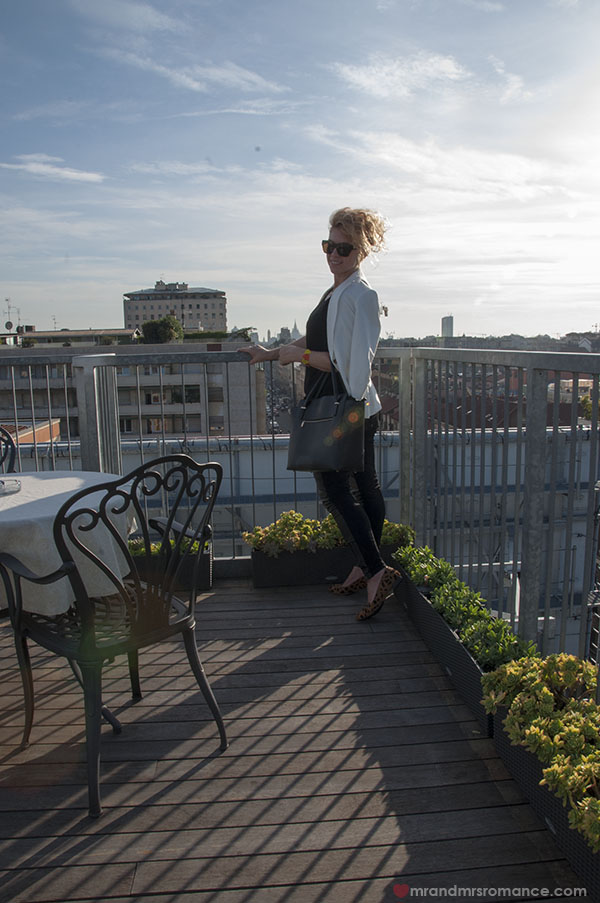 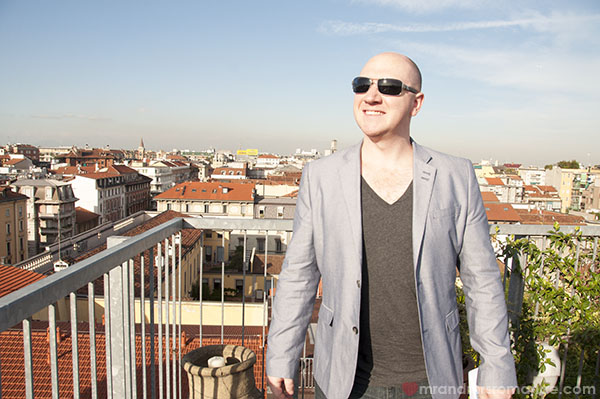 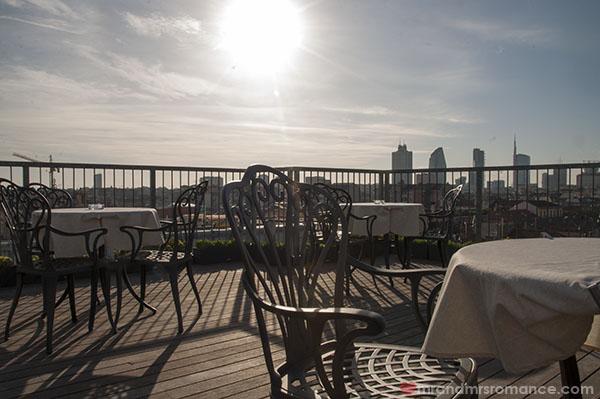 The hotel also has its own Metro station… kind of. Lima Station is a quick 4-stop trip from the Duomo and continues on to Milano Cadorna, which links you to the airport and other parts of Italy like Lake Como. Here’s our post about getting to Como. It’s only a short walk to Milano Centrale from the hotel, and around 25 minutes walk to the centre of the city.

One of the million or so entrances to Lima Station is directly outside the hotel’s front door. Very handy.

With the proximity of the station in mind, try to get a room as high as you can as the rumblings from the underground trains will wake you up making you think you’re late for the ample breakfast, which starts at 7am and finishes at 10am.

Hotel Galles is also a shoe’s throw away from one of the best high-street shopping stradas in Milan. Corso Buenos Aires is a big, long, wide road in the north west of the city.

It’s also a busy street, so try to get a courtyard room or one not facing the Corso.

Corso Buenos Aires’ best shopping areas are between Porta Venezia and Loreto Metro stations… so at the Hotel Galles, you’re slap bang in the middle of Credit Card Town! 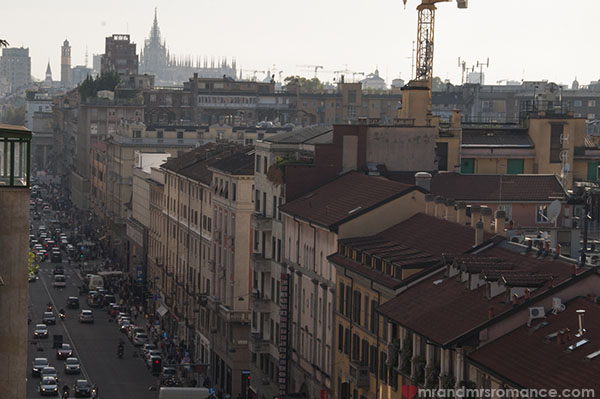 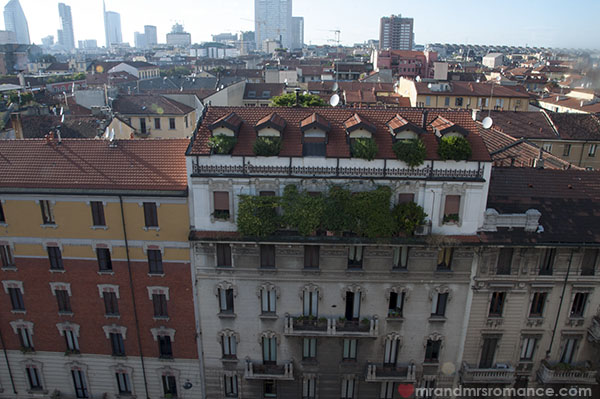 Where to stay in Mudgee, NSW – Peppertree Hill Cottages, Eurunderee

In the hills above Mudgee, overlooking a vast lawn down to a dam, Peppertree Hill Cottages have all the self-contained luxury for a romantic…