I’ve had bad Greek food before. 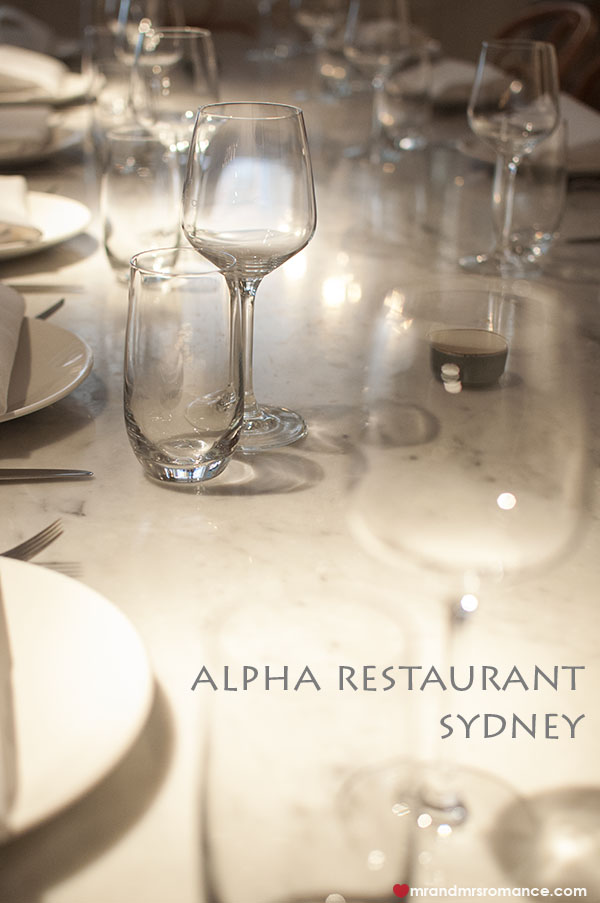 Even in Greece. I once had a moussaka in Rhodes that was so salty it was more like the kitchen was trying to preserve it rather than cook it.

The food at Alpha Restaurant – part of the Helenic Club of Sydney – is nothing like that. In fact, the food in this neo-classical Greek eatery is quite different to most Greek food I’ve eaten. 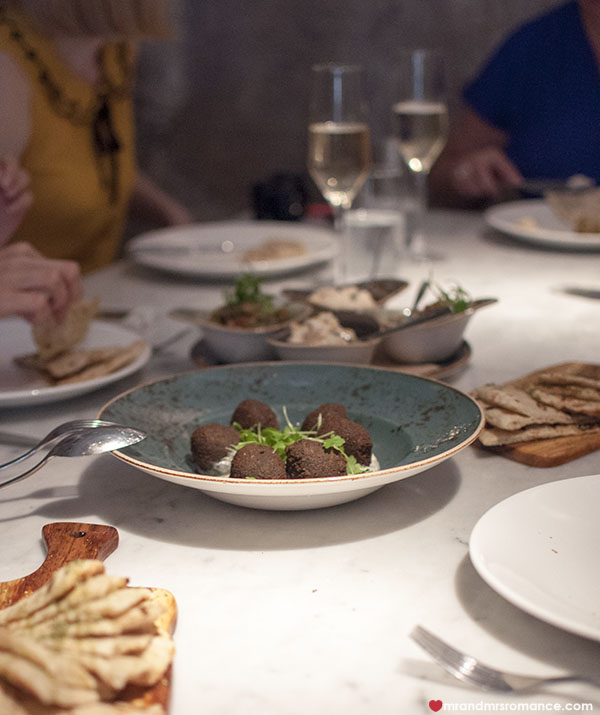 The banquet option Alpha calls ‘Yia Yia’s Table’ is a great option for a family meal or a double date. But we’d still go here for a romantic meal and just order from the a la carte menu.

For $55 per person Yia Yia’s Table was as generous as you’d expect from genuine Greek hospitality. The steady stream of delicious food kept our table short of space and our bellies ever fuller. 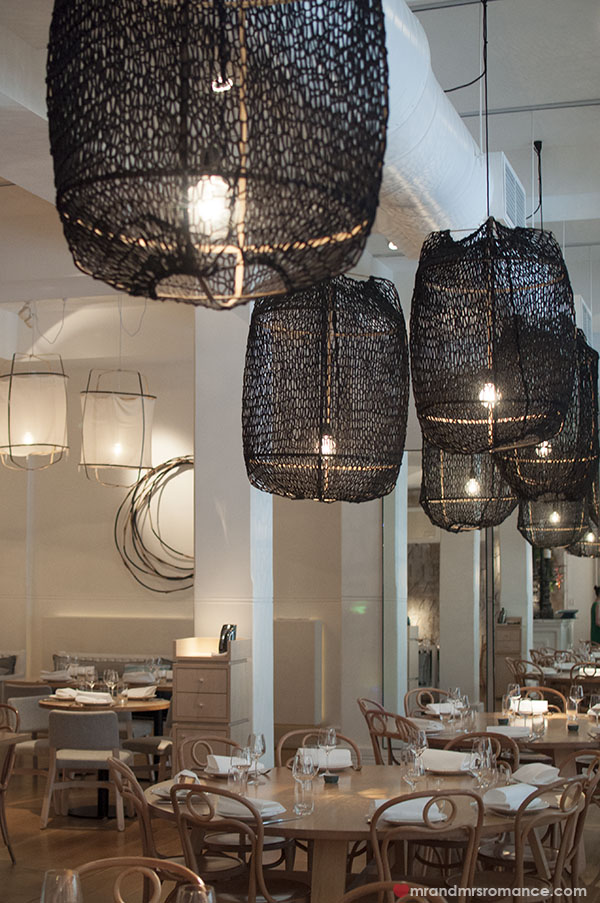 The moments between food being served and food being scoffed, we took in our surroundings. They’ve done a great job renovating this restaurant. We really liked the lighting, the furniture choice and the feature wall of giant carved Greek letters that look like an ancient stone artefact.

To begin with, plates of warm pita bread, creamy taramosalata and a smoky melitzanosalata – a really tasty eggplant dip. There was also a bowl of baked Kalamata olives still hot from the oven.

There was a bowl of chickpea felafel too, but these were a little dry. 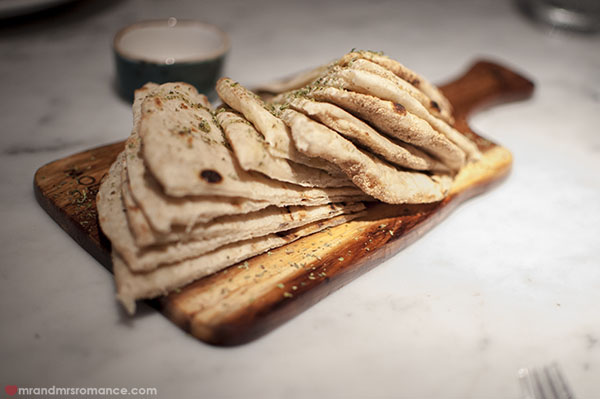 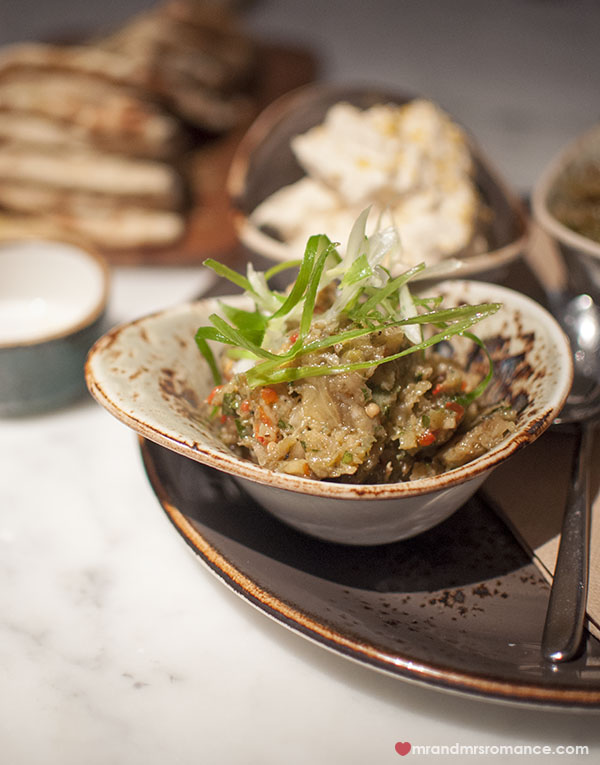 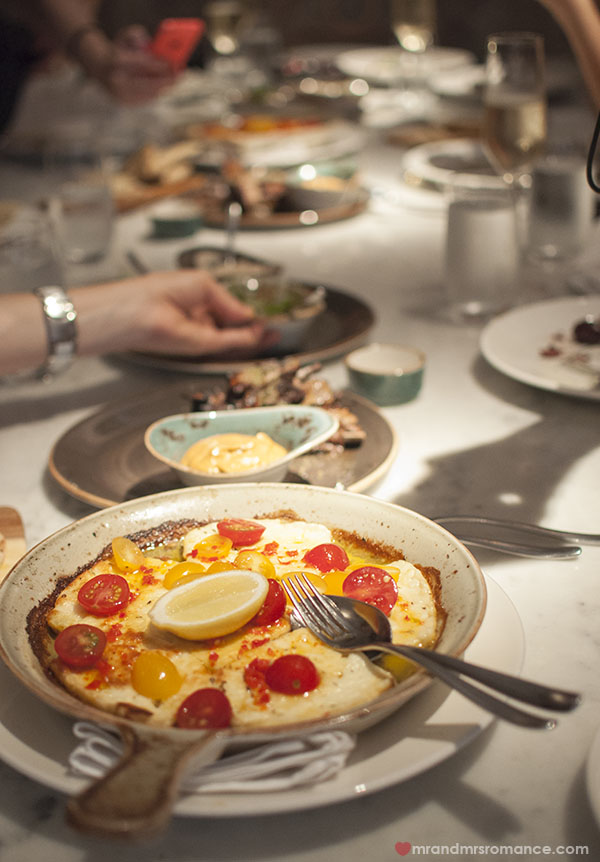 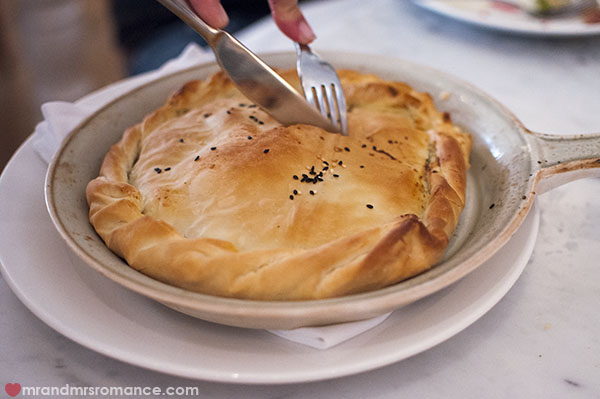 Next an earthenware dish of sizzling haloumi cheese – one of my favourites – that was crispy on the bottom and creamy on the top and in the middle. The cheese was marinated with Greek ouzo, lemon and oregano.

The spanakopita was very well-received too. About as classically Greek as you can get, Spanakopita is a filo pie full of fetta cheese, spinach, leeks and dill.

We tried Alpha’s signature dish: their moussaka. A far cry from the salty aberration I had in Rhodes, this was a double stack of soft, tender eggplant. The bottom slice of eggplant was layered with taramosalata and plump seared scallops; the top later was topped with chopped tomato and mixed herbs. It really is a great dish, but very rich. 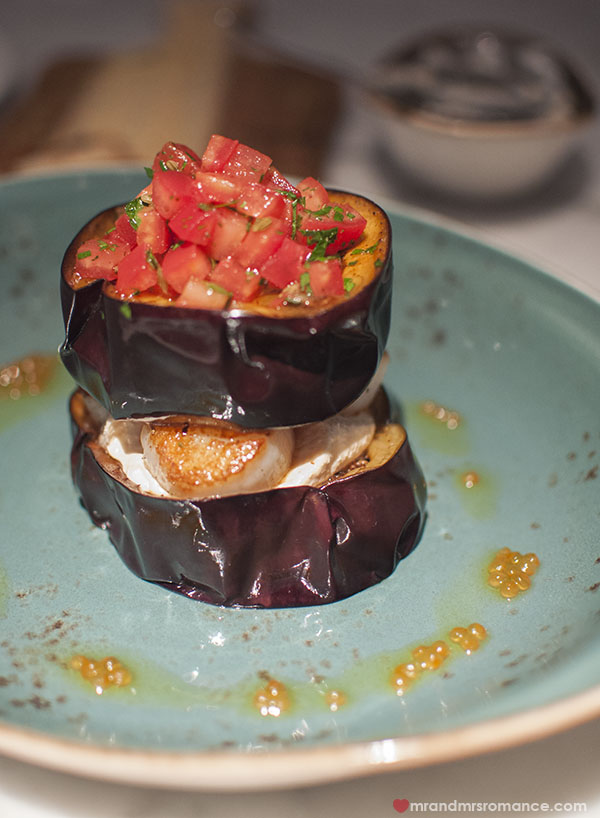 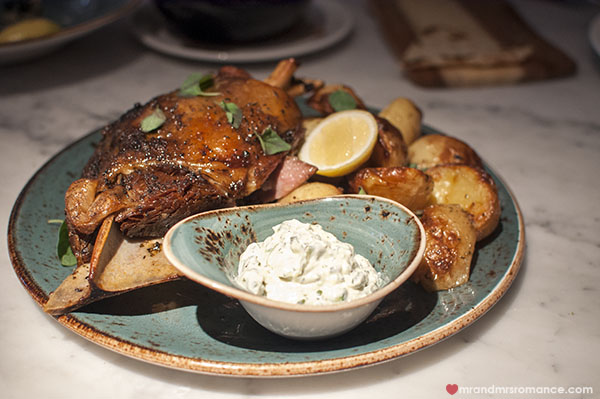 Finally, our table took the weight of three slow roast lamb shoulders! It was more than enough for our table of 11, but that’s how Greeks do things. The lamb was so tender we pulled it away from the bone with a fork and a spoon. It was perfectly cooked.

The lamb could have done with a bit more flavour, but its texture and juiciness made up for it.

With the lamb came beautiful roast potatoes and tzatziki, and a classic Greek salad with crumbly fetta cheese. 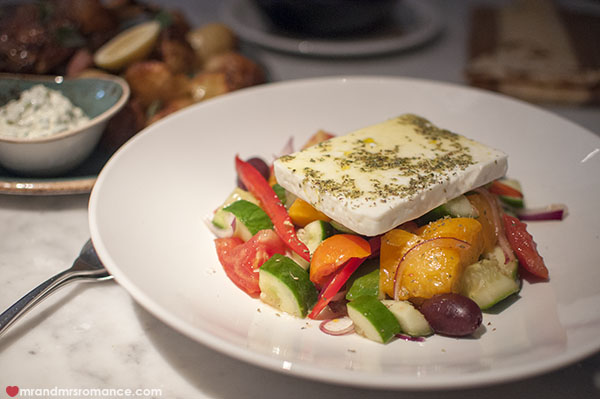 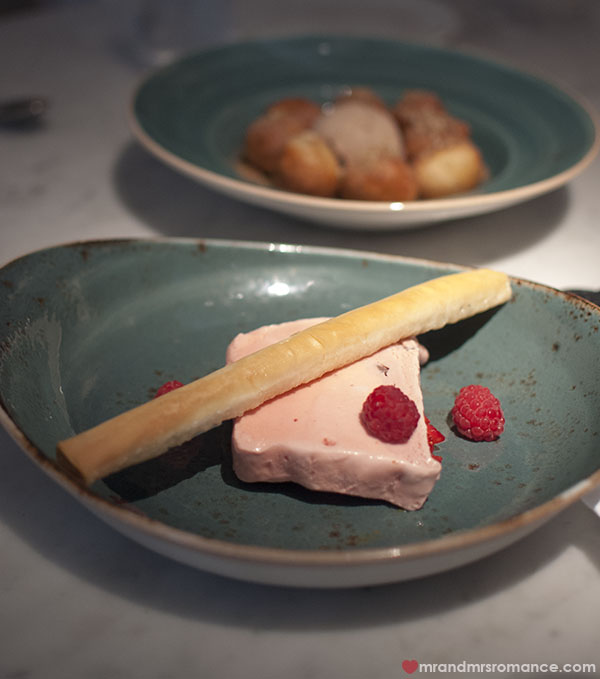 I’m pretty sure Alpha has an agreement with the local taxi firms because there was no way we were walking out of this place – especially after dessert. Of course there was dessert. Loukoumades – Greek doughnuts – and a smooth strawberry ice cream, raspberries topped with a filo cigar finished us off with a big smile.

And don’t forget to check out the Alpha Foodstore next door for some beautiful Greek produce.

Whether it’s a hot summer’s day or a chilly winter’s evening, this Amaretto Sour cocktail recipe will make you want to join the party,…